Studio Portraits of American Indians by Alexander Gardner From the 1860s 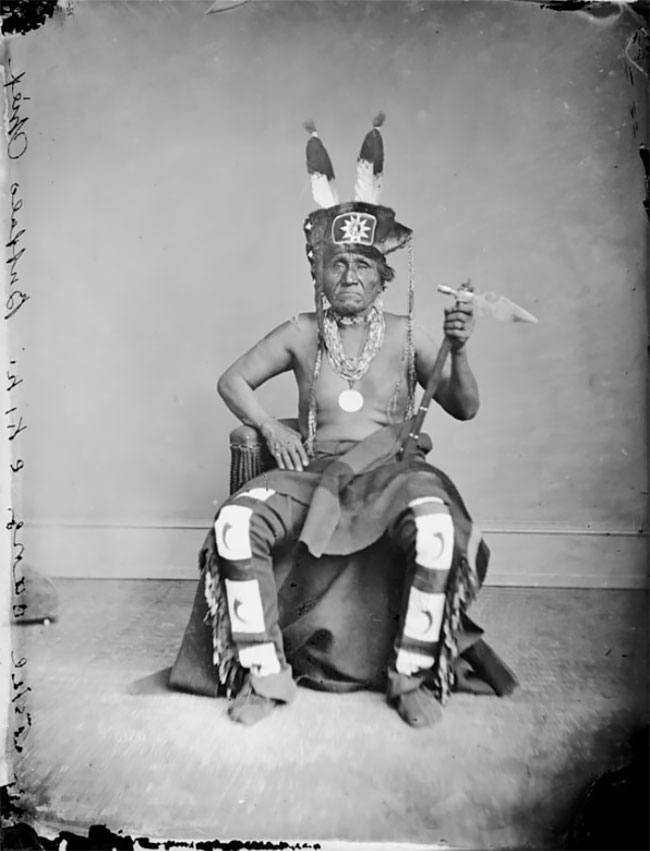 Alexander Gardner (1821–1882) was a photographer best known for his portraits of President Abraham Lincoln, his American Civil War photographs, and his photographs of American Indian delegations.

Portrait of Ng-A-Rash or British, Head Chief of Iowas, with Peace Medal. 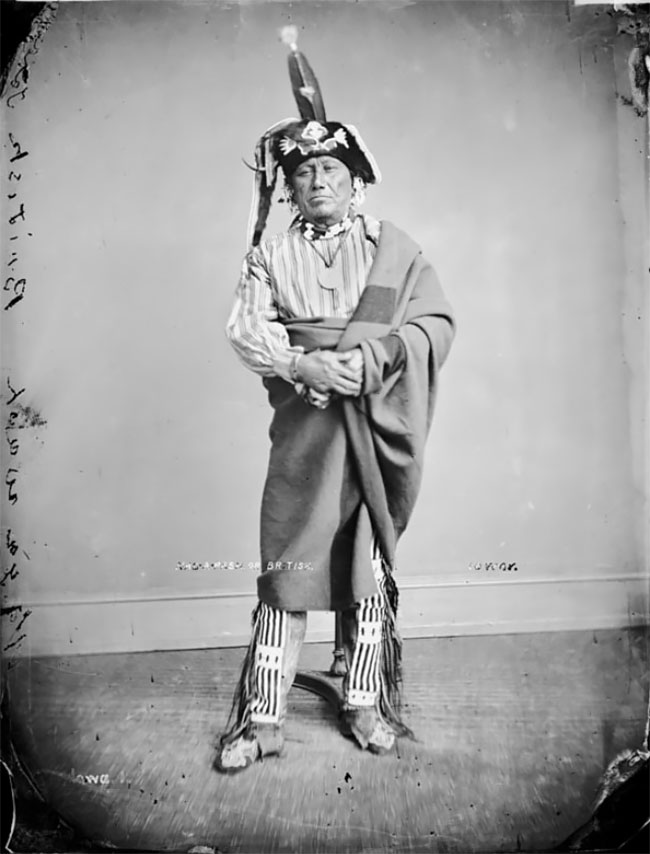 Gardner emigrated from Scotland to the United States in 1856 and worked at the New York City studio of Mathew Brady, coming into contact with numerous politicians and military figures. After the outbreak of the Civil War, Brady photographed the conflicts, sending his team of photographers, including Gardner, into the field. Alexander Gardner left Brady’s studio in 1862 to open his own in Washington, D.C.; at this same time, he also became employed by General McClellan as official photographer of the Union Army’s U.S. Topographical Engineer Corps. 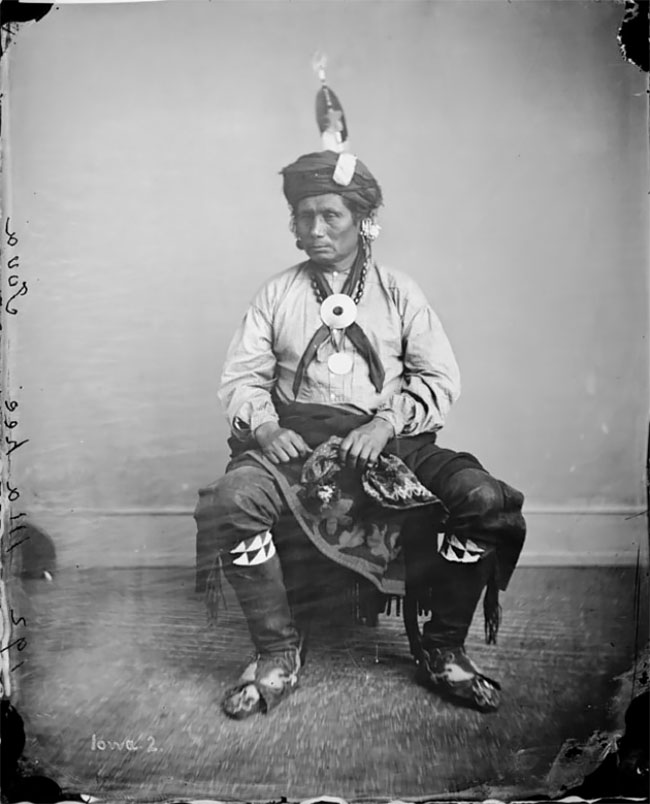 After the war, Gardner photographed many notables including President Lincoln, the Lincoln conspirators, and Indian delegations visiting Washington. In 1867, Gardner joined the survey team for what became the Kansas Pacific Railroad. The railroad was promoting plans for an extension of its route from Kansas to the Pacific Ocean. 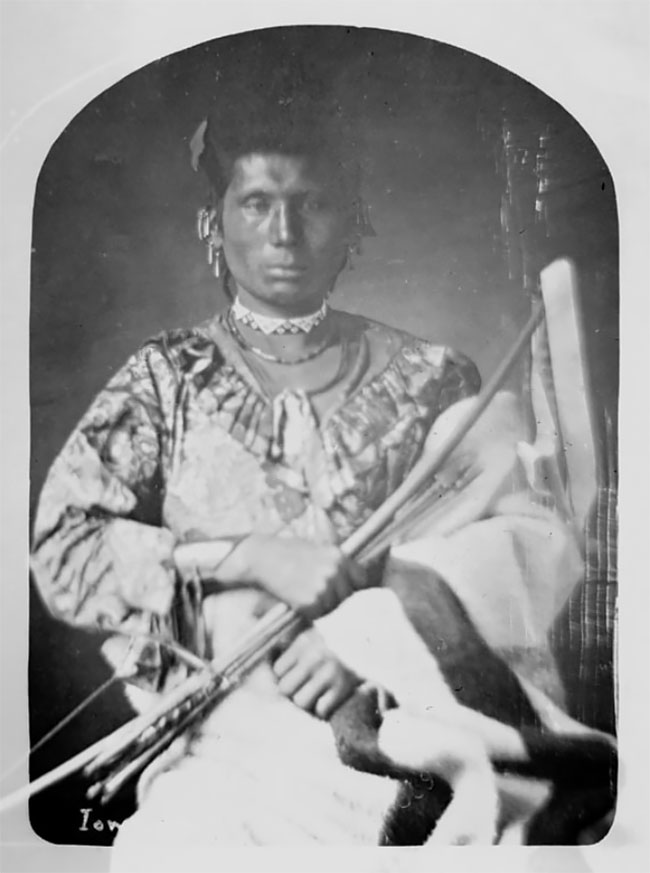 This proposed route, from Kansas through the mountains of Colorado and deserts of New Mexico, Arizona, and California, would serve to placate the Indians and provide access to the markets of the California. Gardner photographed the path of the proposed extension, emphasizing the ease of future railroad construction and the potential for economic development while including studies of the Indians in the region and settlements along the way. Gardner’s photographs represent the earliest systematic series of the Great Plains. 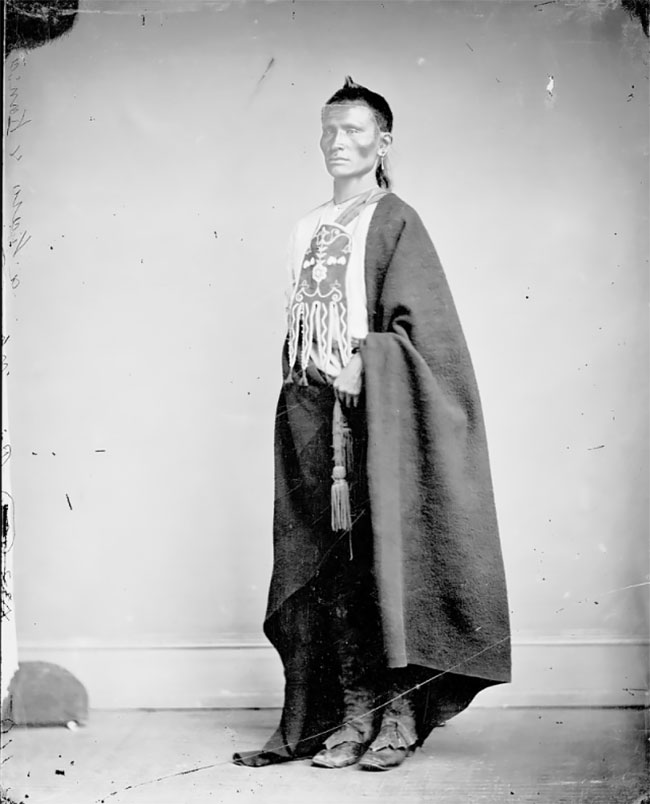 The survey photographs taken during treaty negotiations between the Plains Indians and the Indian Peace Commission at Fort Laramie, Wyoming in 1868. Gardner photographed many of the Sioux chiefs from the northern plains tribes including Crow, Arapaho, Oglala, Minneconjous, Brule and Cheyenne. 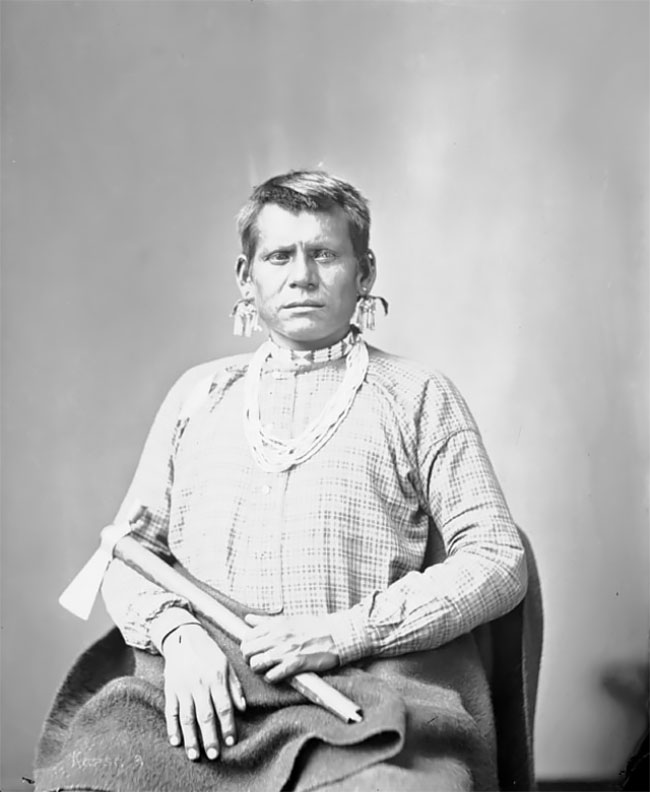 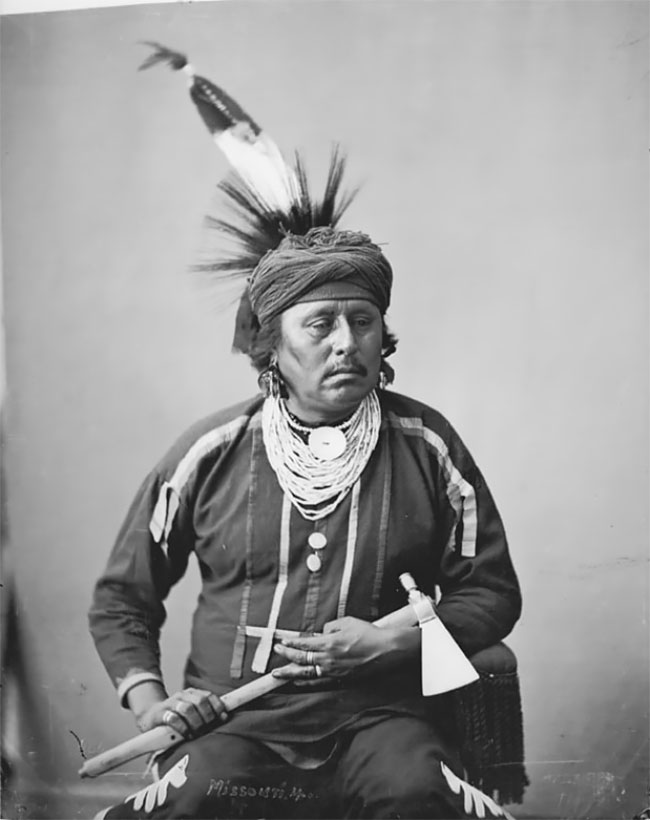 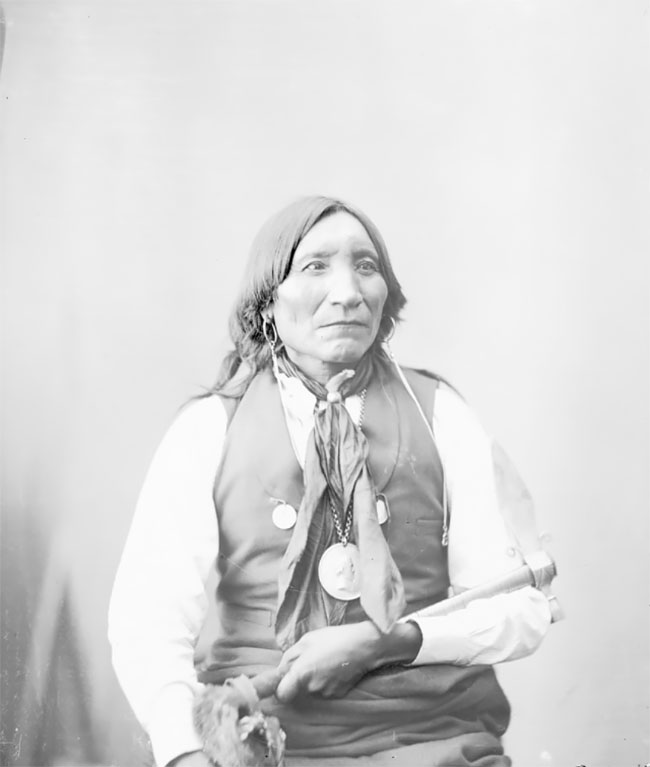 Portrait (Front) of Hatona or He-Otal (Many Horns) wearing headdress and holding pipe and feather fan. 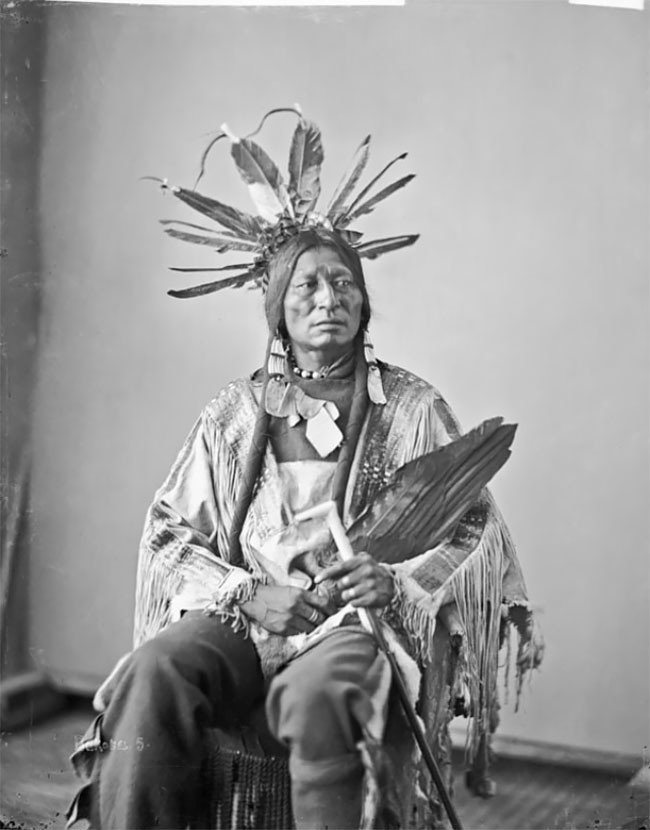 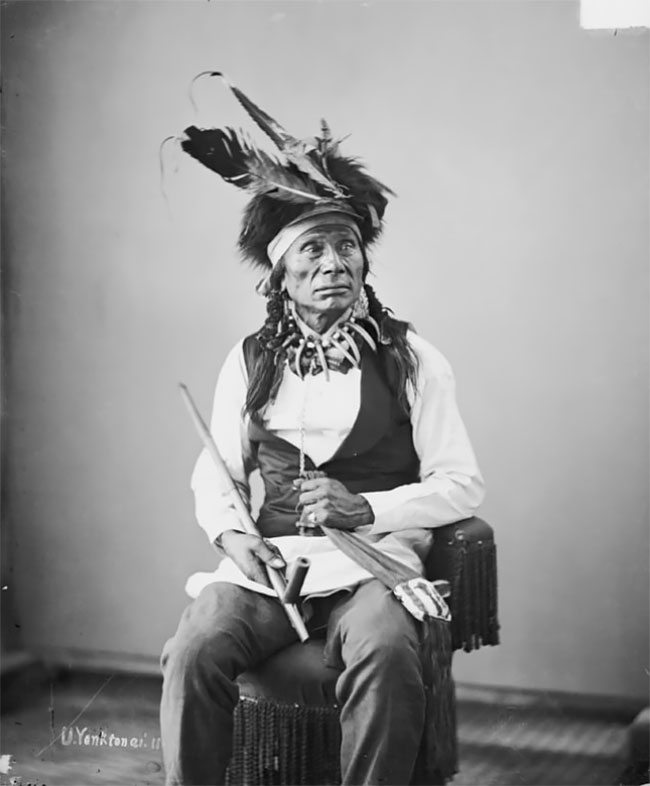 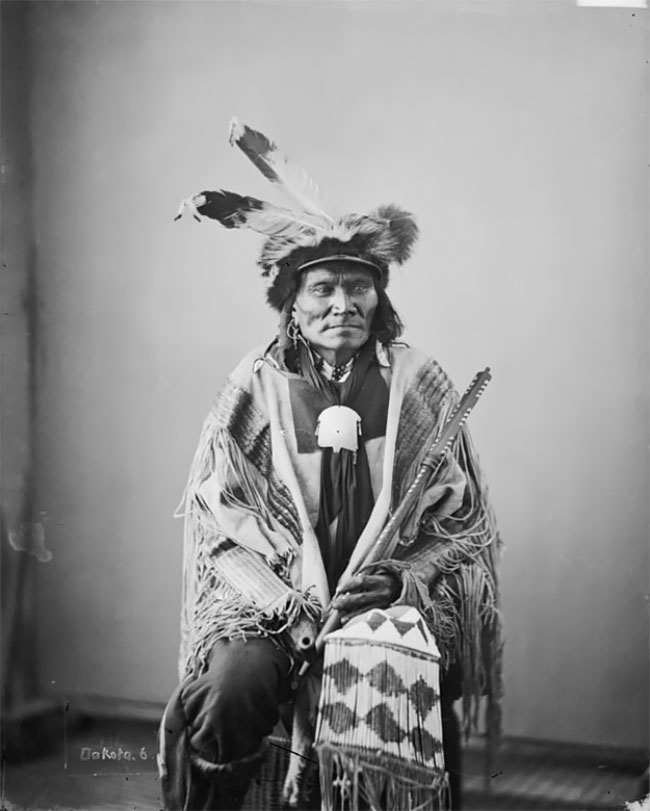 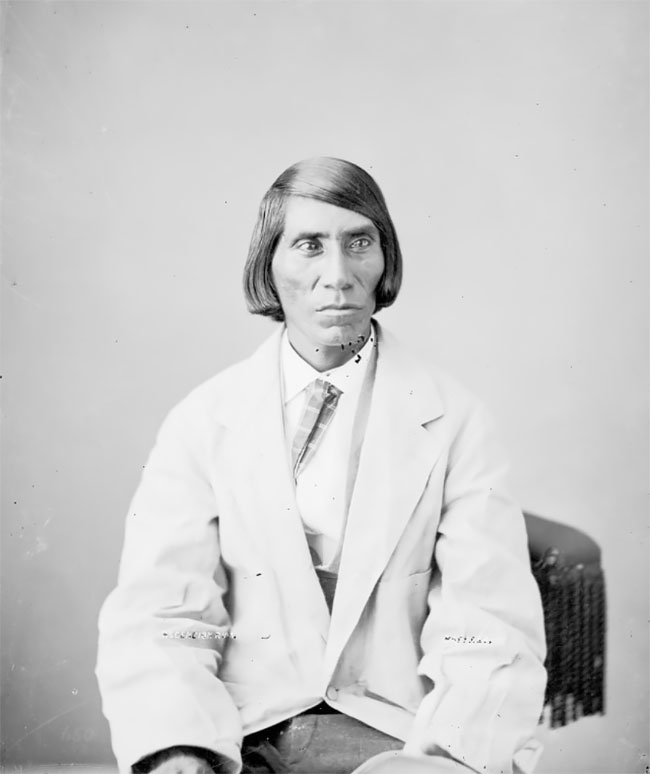 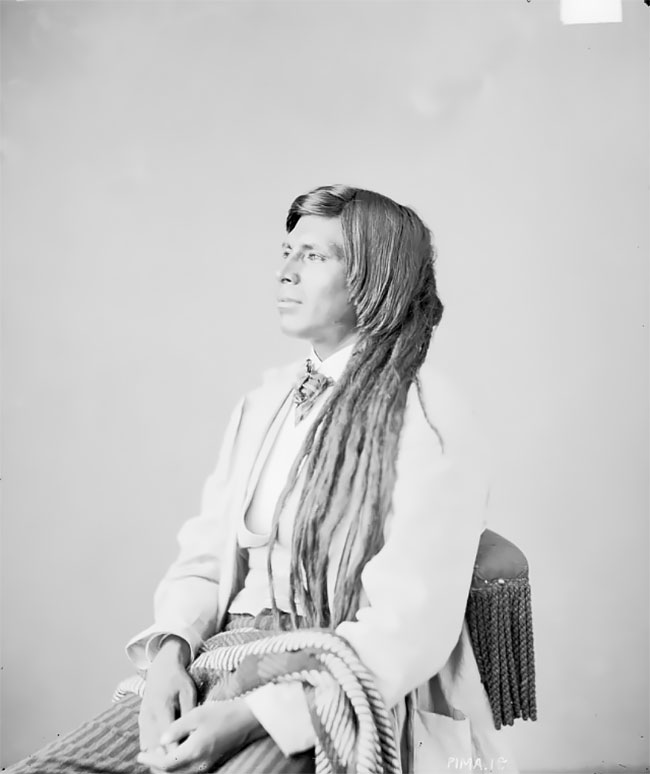 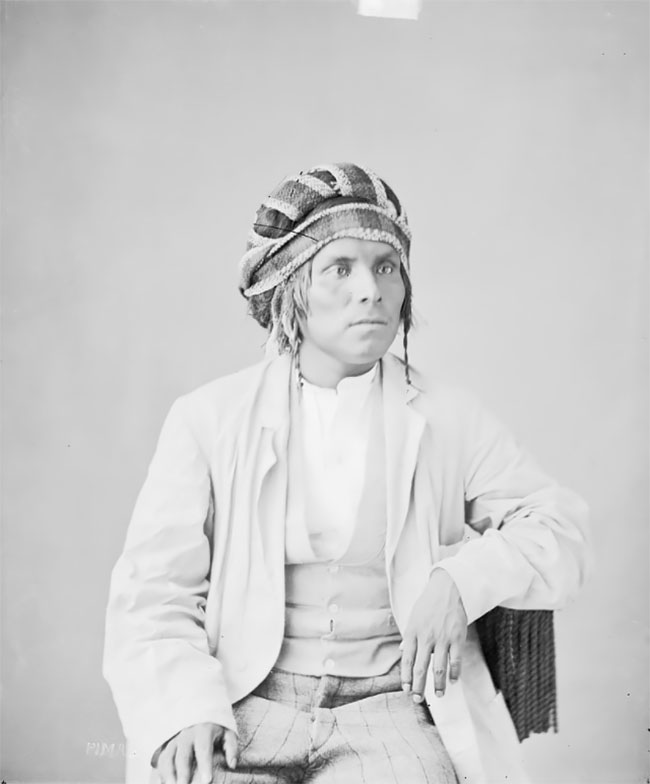 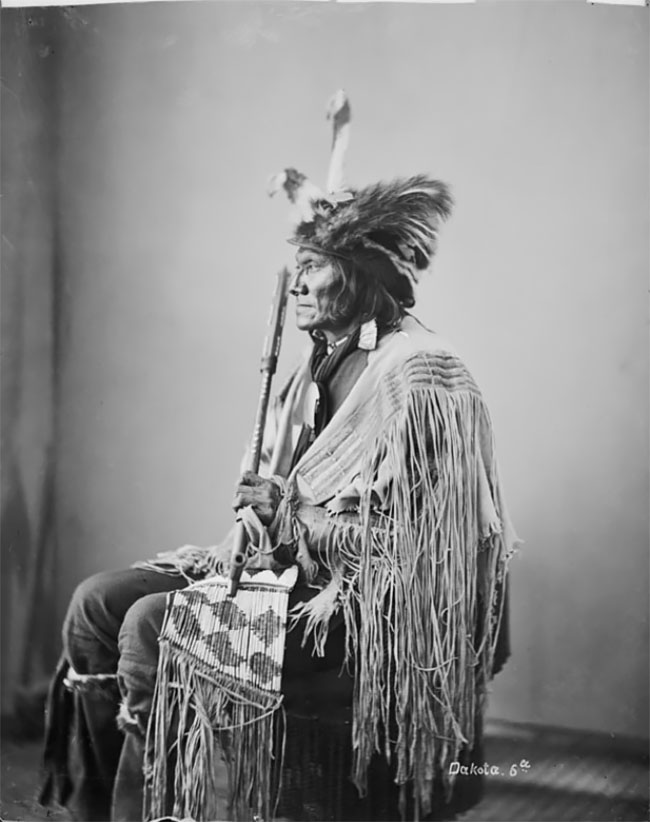 Spectacular Winning Images of the Mountain Photo of the Year 2022 Competition
Amazing Photos Awarded By The Sony World Photography Awards 2018
Beautiful Early Entries Of The 2020 Sony World Photography Awards
An Artist Infused Colour Into A 100-YO Black & White Photo And The Result Is Beyond Stunning
Photographer Yann Philippe Captures The Beauty Of Madrid In Fantastic Infrared
Shadow Photos of Dogs Reveal Their 'Primal Nature'
Never Before Seen Photos of Bruce Lee From The Family Archive
Photographer Took A Pictures Of Colorful Bus Stops Across Belarus
Best of the National Geographic 2013 Traveler Photo Contest
Haunted Faces Of The World War One Brought To Life In Striking Colorized Images By Mario Unger
Fascinating Fashion Photography By Yuliia Stepanok
"Small Town Noir" – Twenty-One ’30s And ’40s Mugshots From New Castle, Pennsylvania
Surreal And Imaginative Black And White Photos That Will Confuse Your Eyes
Extraordinary Aerial Photographs of London From the 1920s Taken by Alfred G Buckham
Haunting Photos Of A Deserted Mall That Is Now Covered In Snow
Photographs of Excited Dutch Boys Hanging on a Moving Train After the Liberation, 1945
Revealing Portraits of Heavily Tattooed People Who Normally Cover Their Whole Bodies
HIBERNATION IV: Gorgeous And Intriguing Photography by Øystein Sture Aspelund
This Is Truly Heavenly Weather As Pictures Taken From An Airplane Cockpit Reveal What Pilots See From Above
Amazing Behind the Scenes Photos of Arnold Schwarzenegger as the Terminator, 1984
"When Only Sadness Remains": Moody Street Photography By Daniel Kraken
Homeless Couple Get A Makeover And A Surprise Charity Wedding After Being Together For 24 Years
Portraits of Swiss “Halbstarken” Girls With Very Big Hair in the 1950s and 1960s
Photographer Steven Burton Photoshops Out Ex-Gang Members Tattoos
1860s, Alexander Gardner, america, indians, natives, portraits

'The Hobbit' Cast with their Scale and Stunt Doubles
The Royal Photographic Society's 2019 Science Photographer Of The Year Shortlist
Guardian Readers' Travel Photography Competition: July 2018 Winners
UK Weather Photographer Of The Year 2016
Photographer Shows The Behind-The-Scenes Of Pitch-Perfect Instagram Photos, Again!
19-Year-Old Student Hides Spy Camera In His Clothing To Take Secret Street Photos In The 1890s
Incredible Colorized Photos Show What Life of the U.S. Looked Like in the 1930s and ’40s
Photographer Captures The Power And Magic Of The Human Body In Motion And The Spirit Of Dance
Mammal Photographer Of The Year 2020 Contest Gives Top Prize To Urban Fox Photo
Above And Beyond: The World's Best Drone Photography 2016 Winners
2007 ‒ 2023 by Design You Trust. Proudly hosted by WebHostingBuzz.
Privacy Policy · Terms of Service · Content Removal Policy ❤️ 🇺🇦