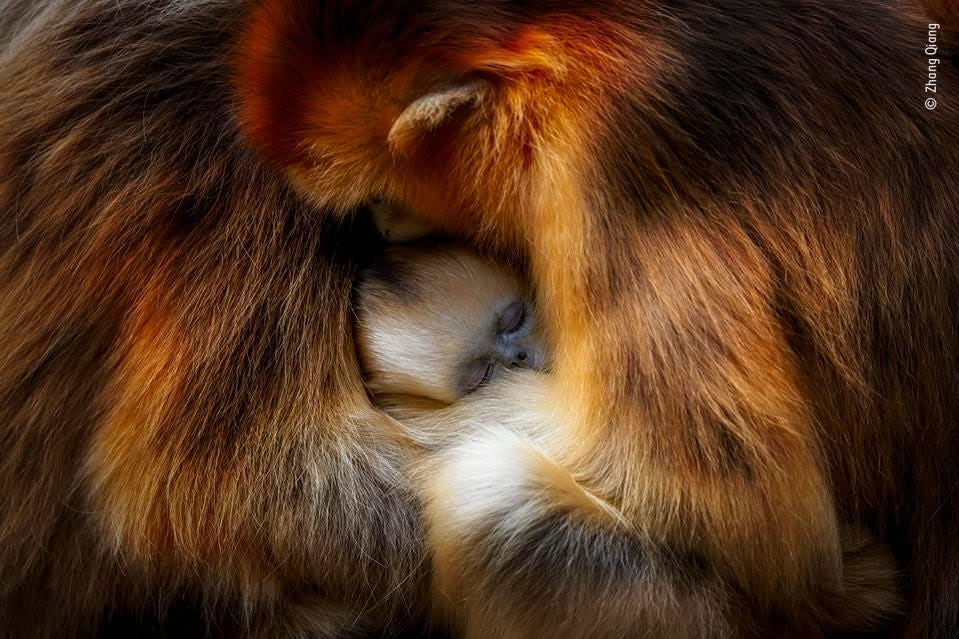 Here are the 25 stunning photos that are now up for the People’s Choice Award by the Natural History Museum for Wildlife Photographer of the Year 2021.

Wildlife Photographer of the Year positions itself as a global platform for amateur and professional photographers and the photos featured in its competition are seen by millions of people worldwide. The 2021 competition saw over 50,000 photos entered from 95 different countries. The 25 images below are currently on display at the Wildlife Photographer of the Year exhibition at the Natural History Museum in London, until the voting ends on February 2, 2022. The winner will then be showcased until the exhibition closes on June 5, 2022.

The top five People’s Choice Award images will also be displayed online, joining the winners of the fifty-seventh Wildlife Photographer of the Year competition chosen by the panel of judges and announced earlier this year.

Dancing in the snow by Qiang Guo, China 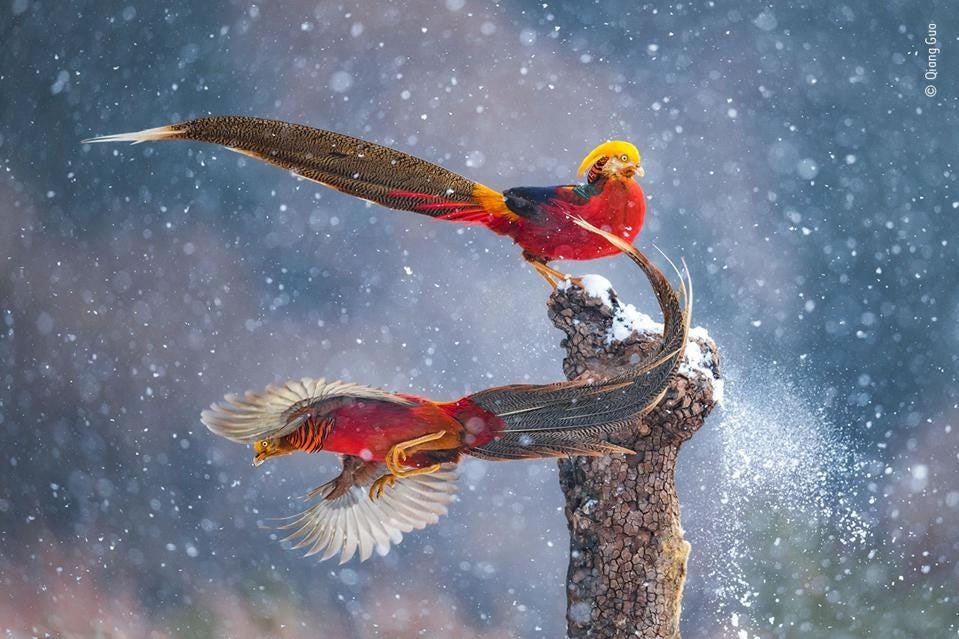 Life in black and white by Lucas Bustamante, Ecuador 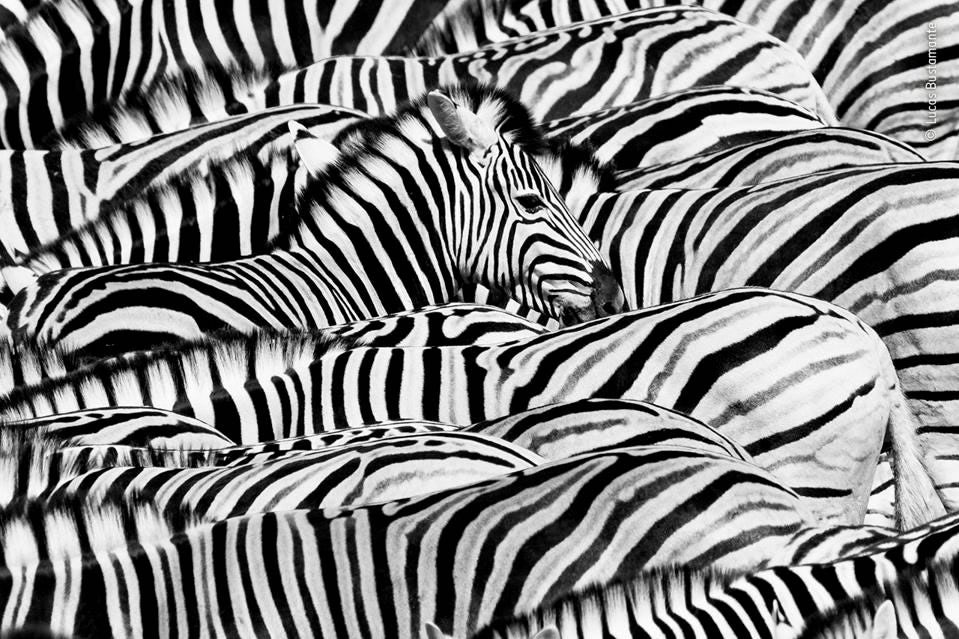 Breath of an Arctic fox by Marco Gaiotti, Italy 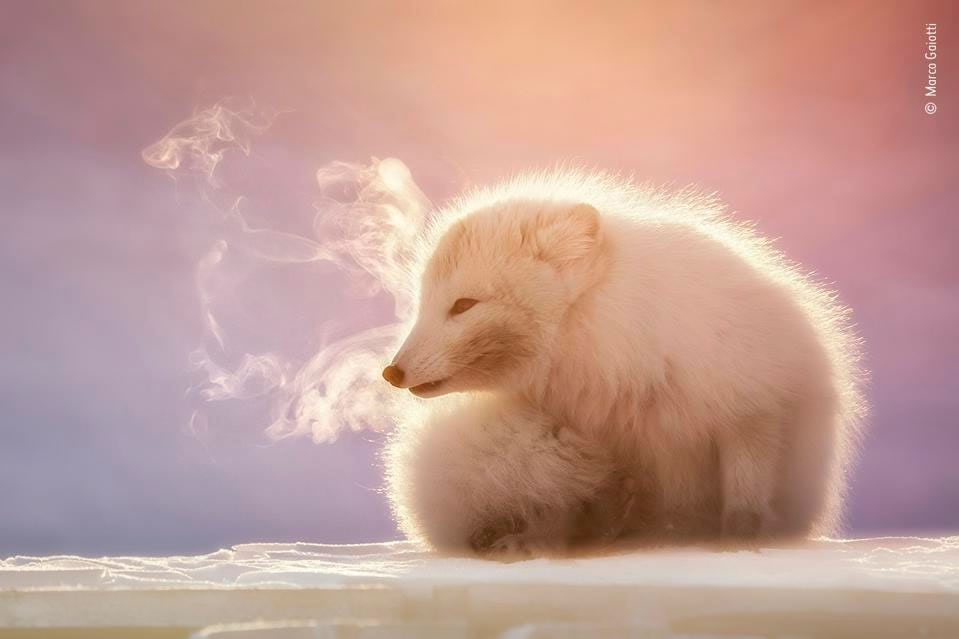 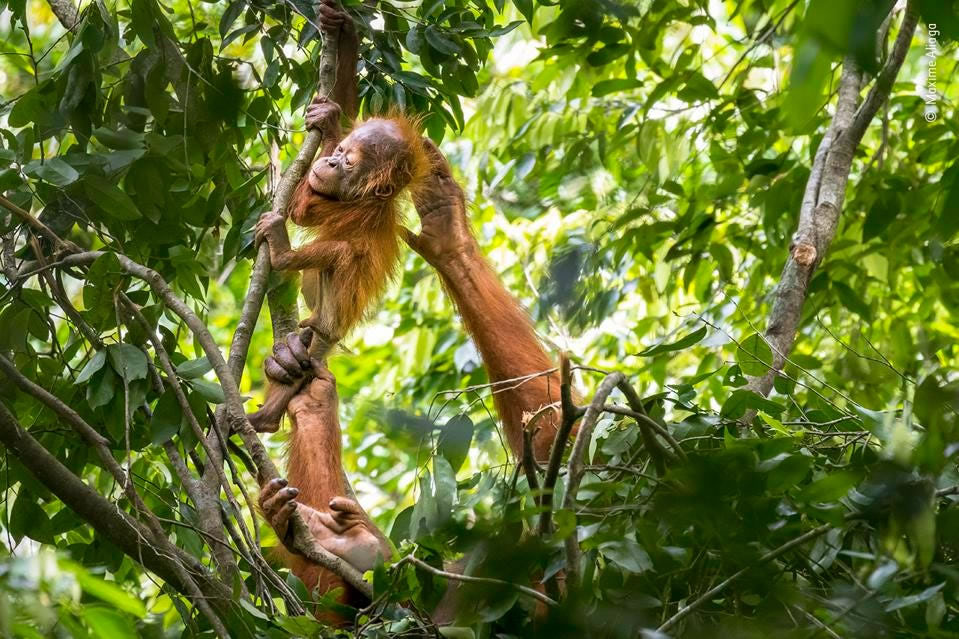 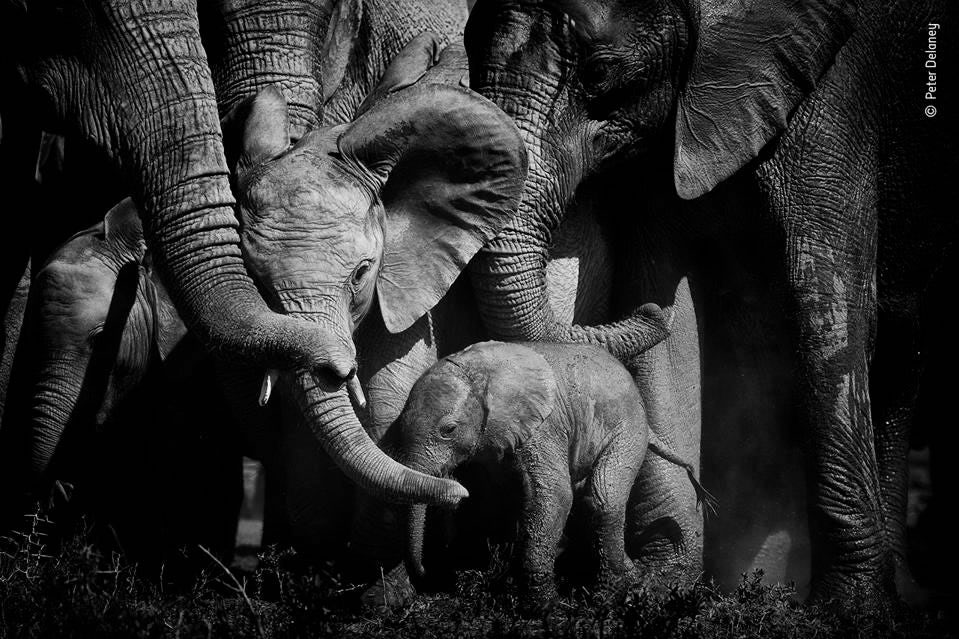 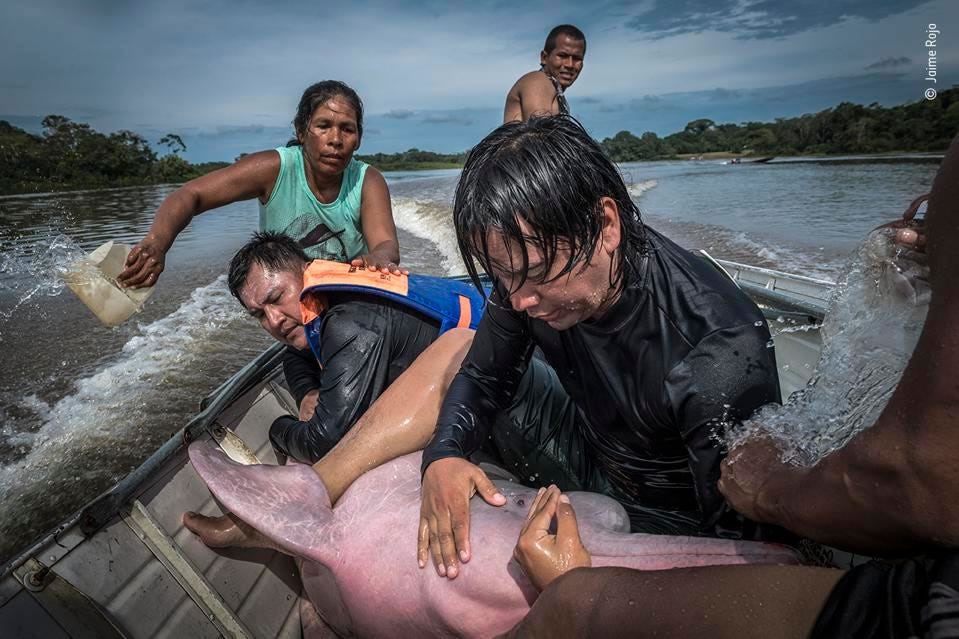 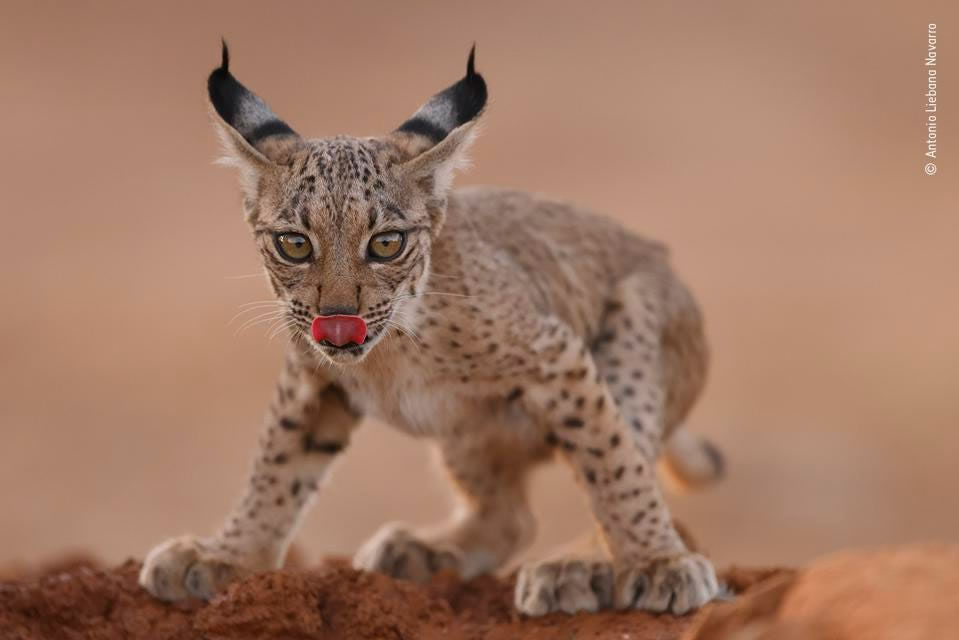 Shelter from the rain by Ashleigh McCord, USA 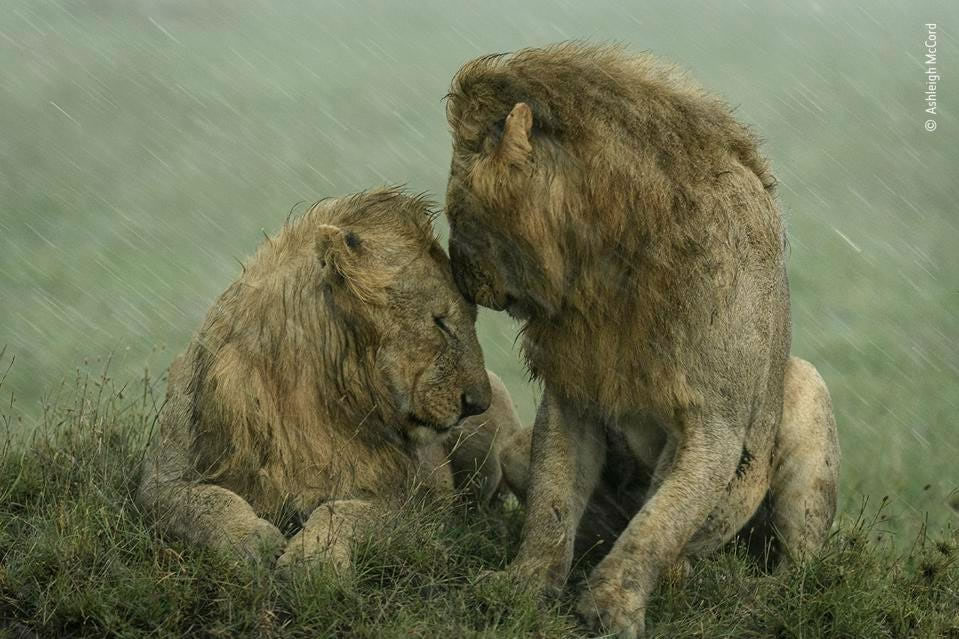 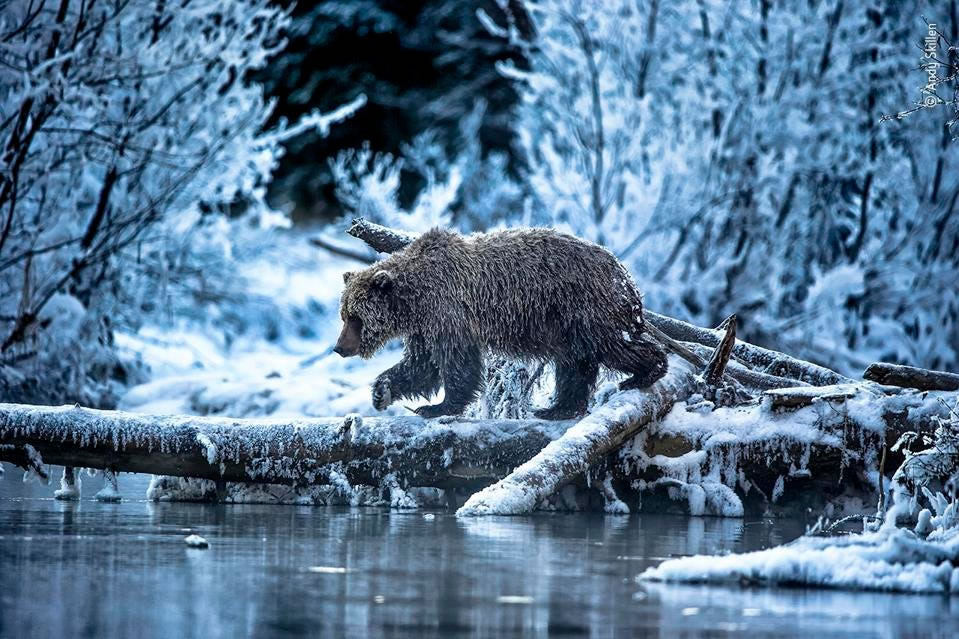 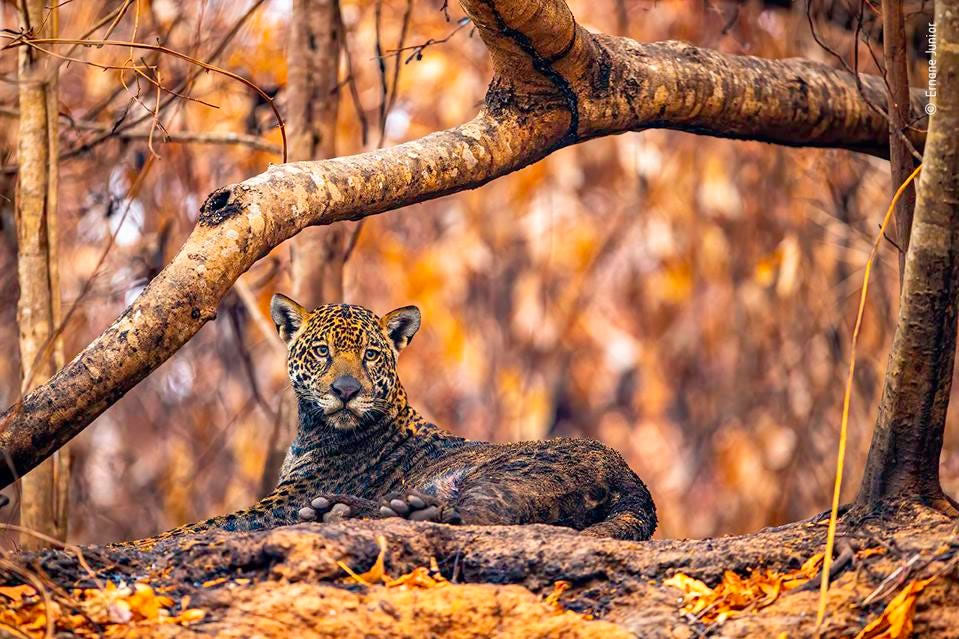 Living together by Dhritiman Mukherjee, India 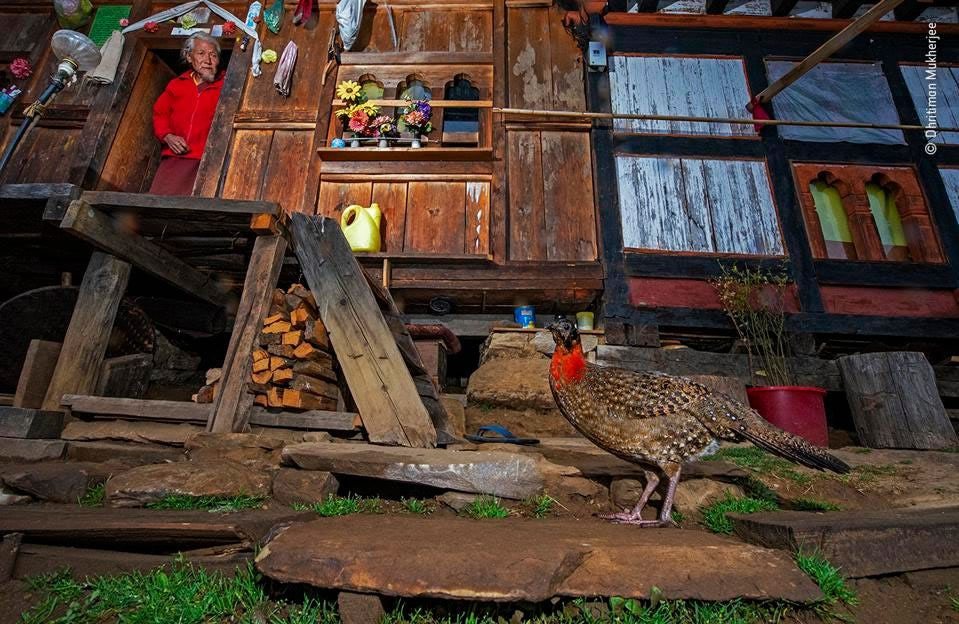 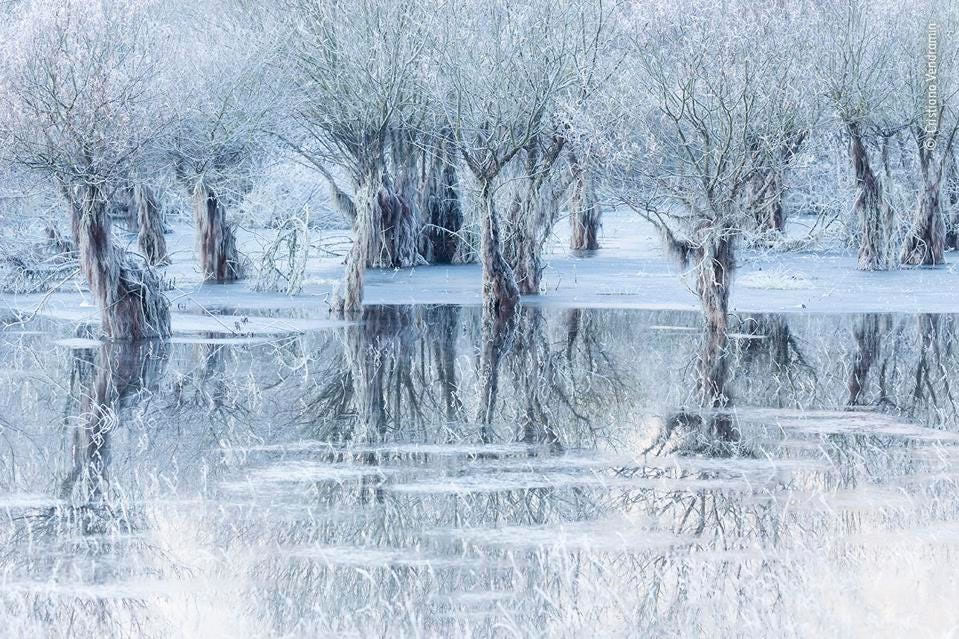 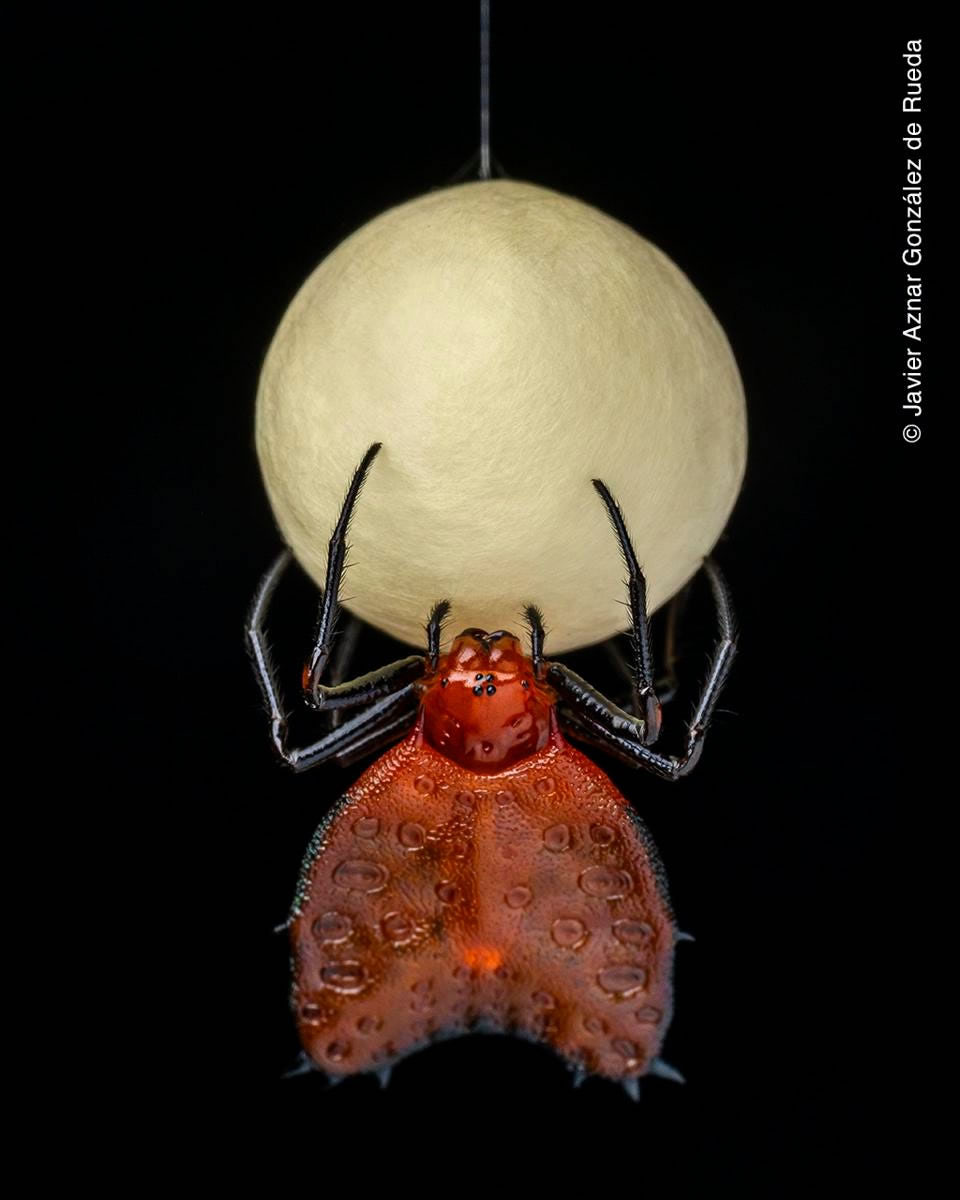 The eagle and the bear by Jeroen Hoekendijk, The Netherlands 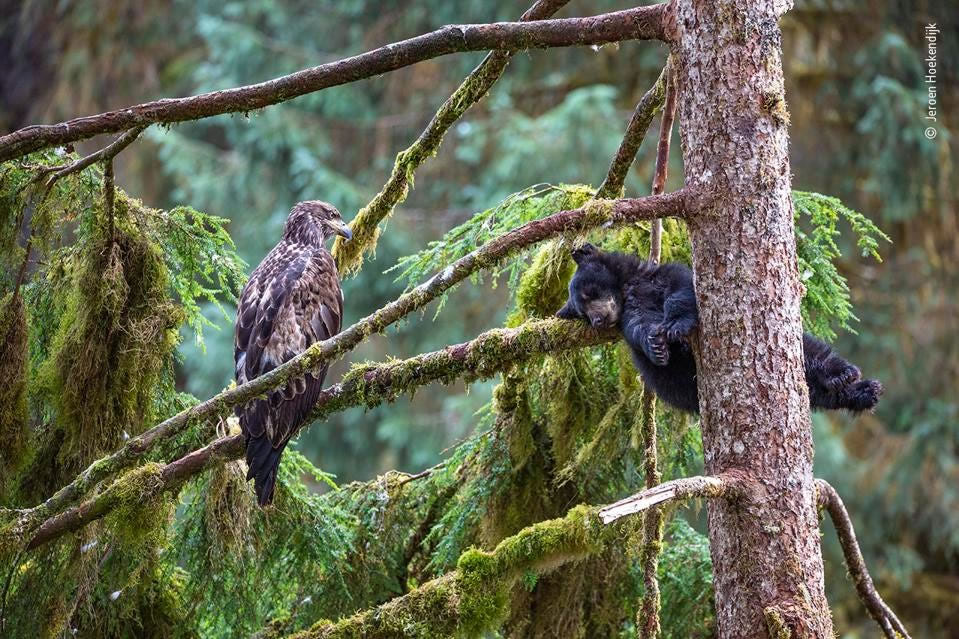 The future in her hands by Joan de la Malla, Spain 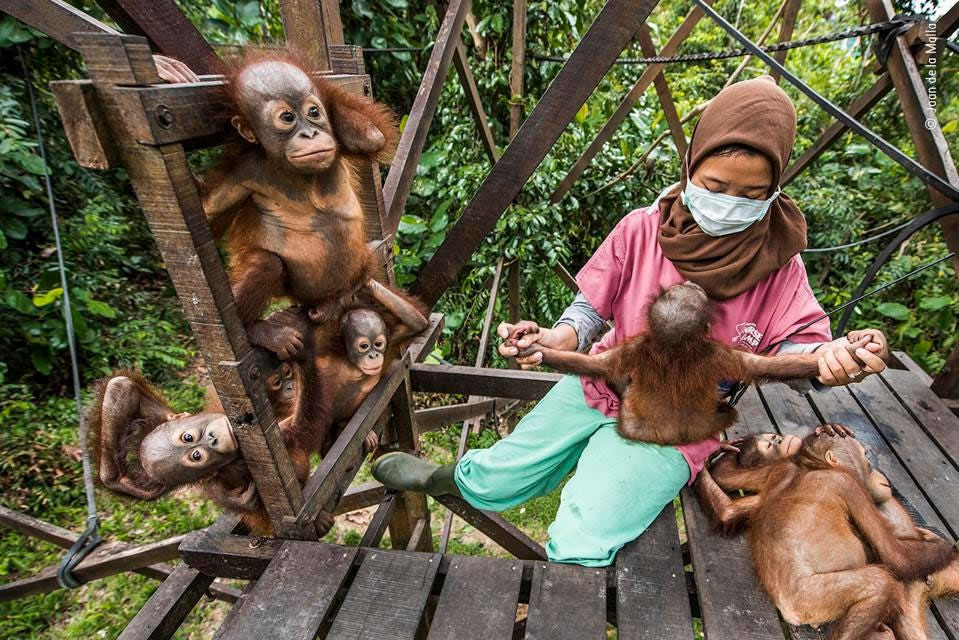 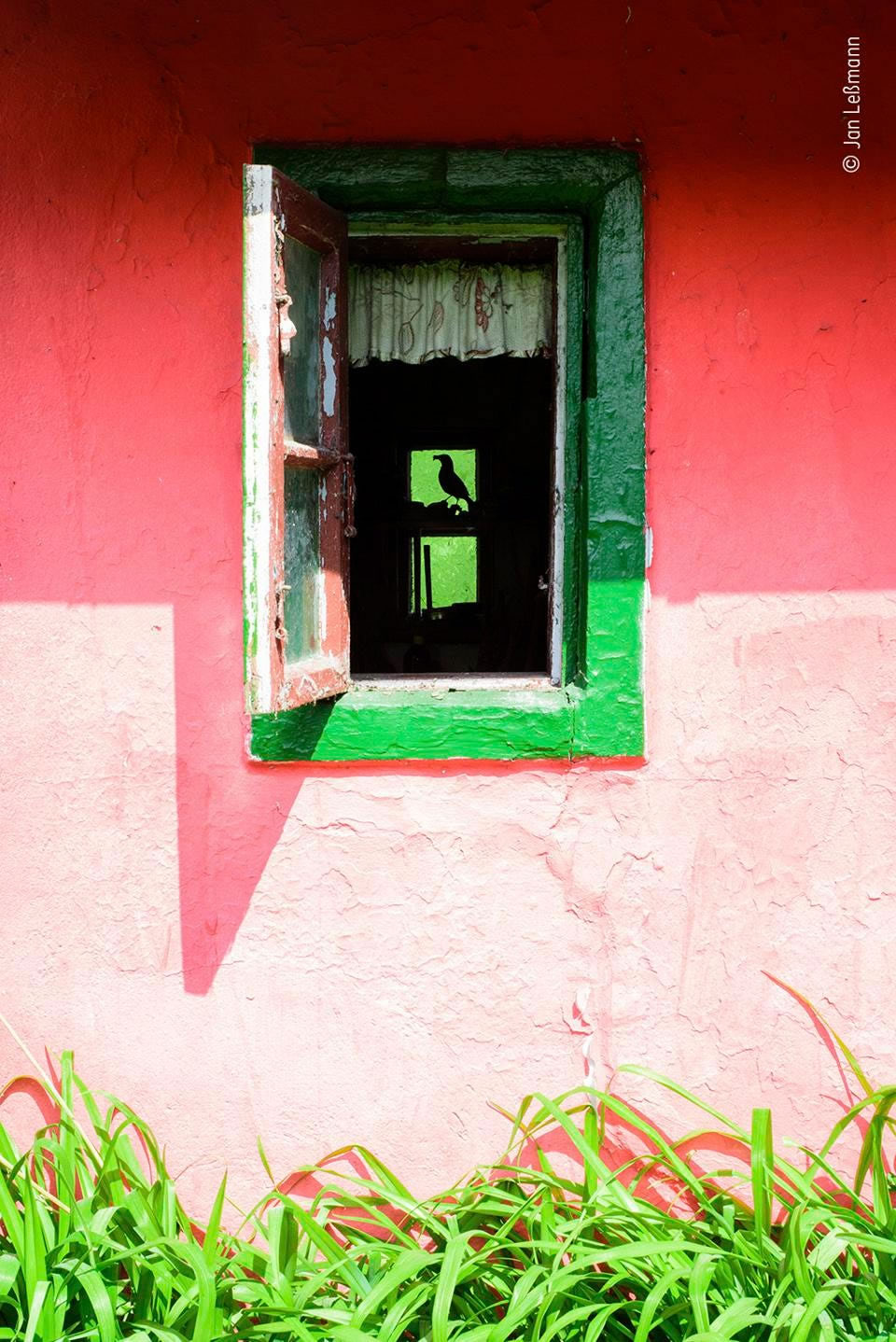 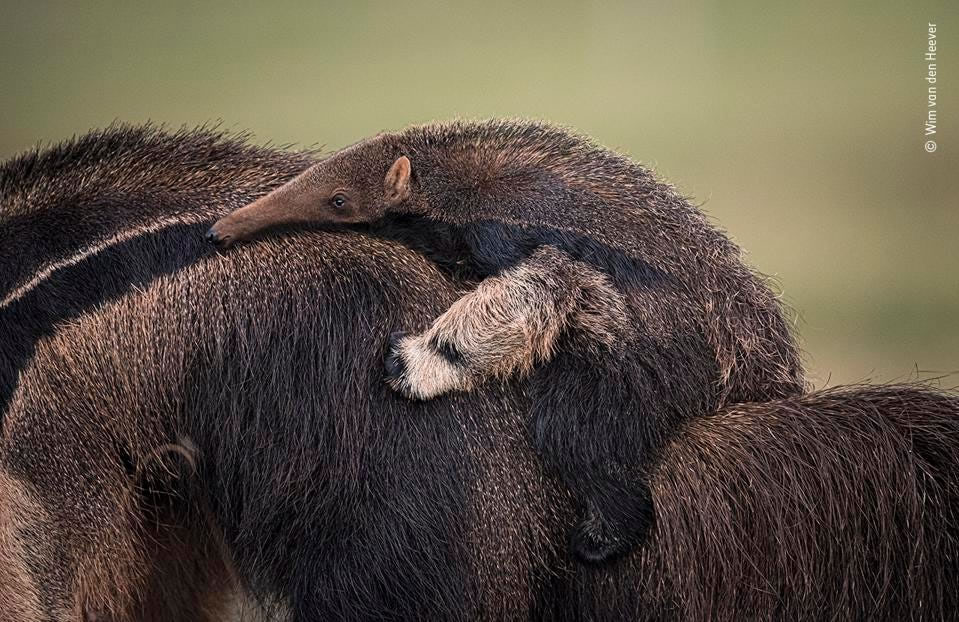 Hope in a burned plantation by Jo-Anne McArthur, Canada 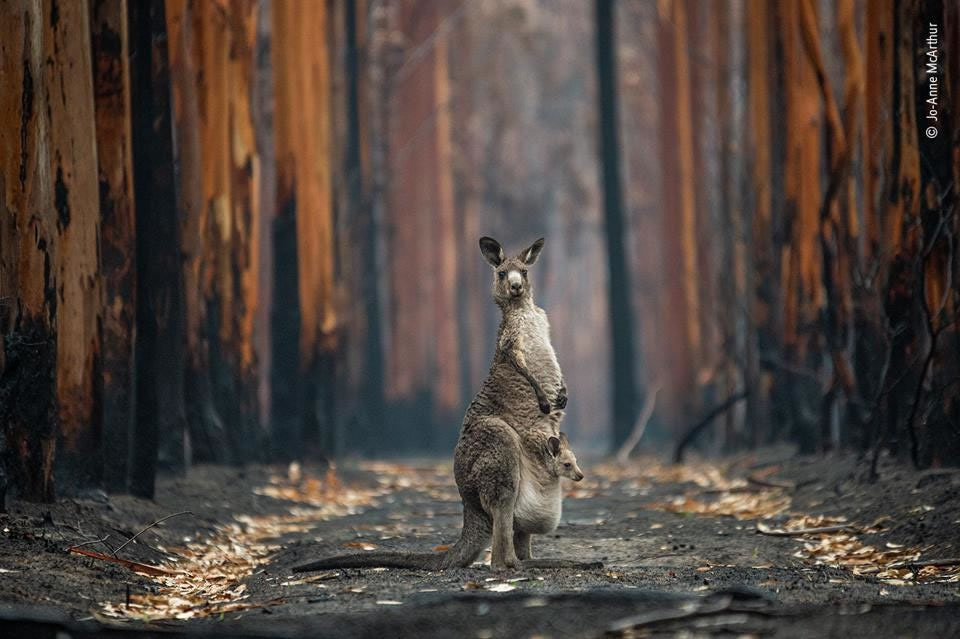 The jump by Karl Samitsch, Austria 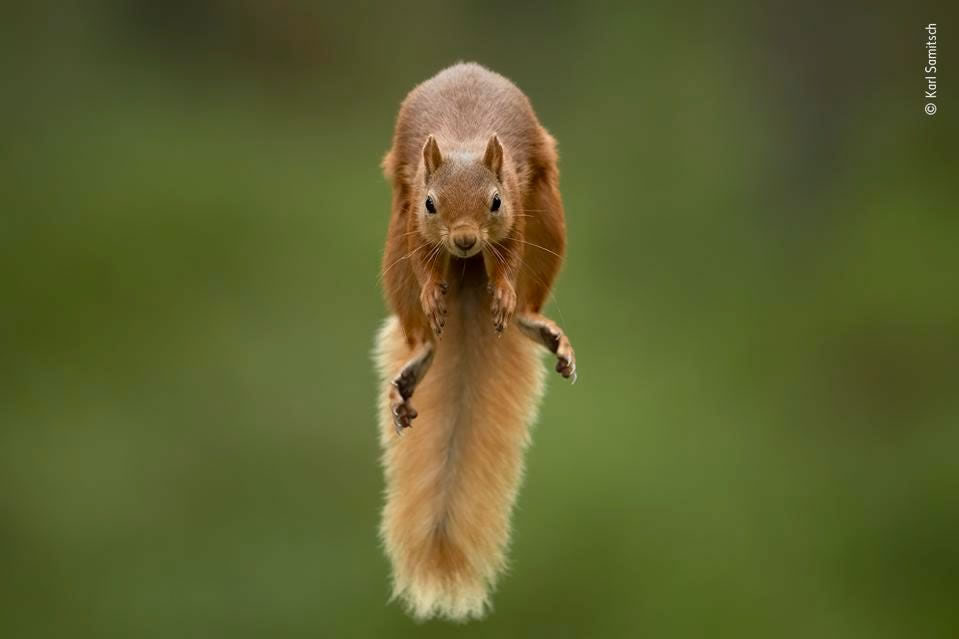 All together by Ly Dang, USA 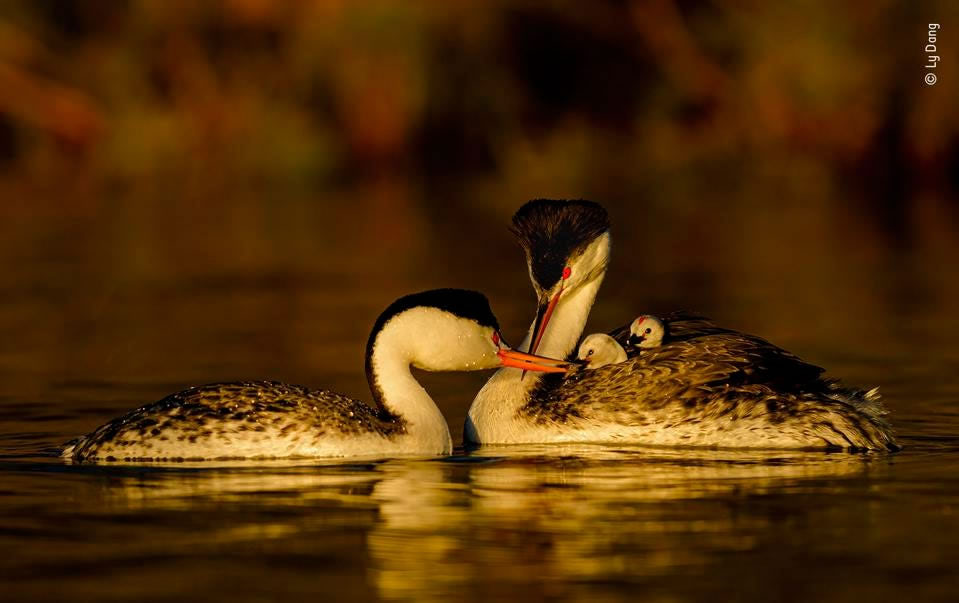 Peek a boo by Michiel Van Noppen, The Netherlands 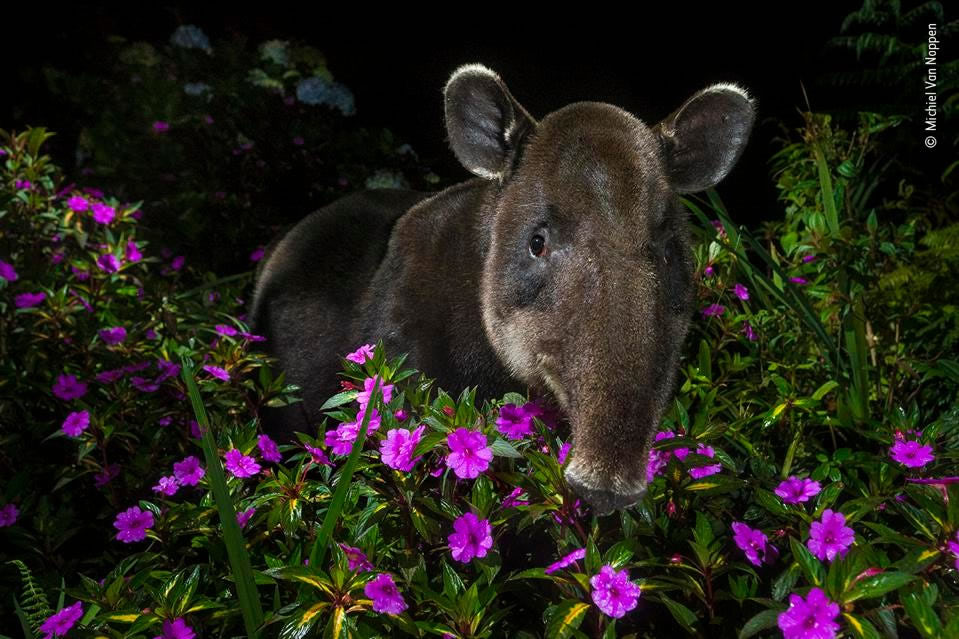 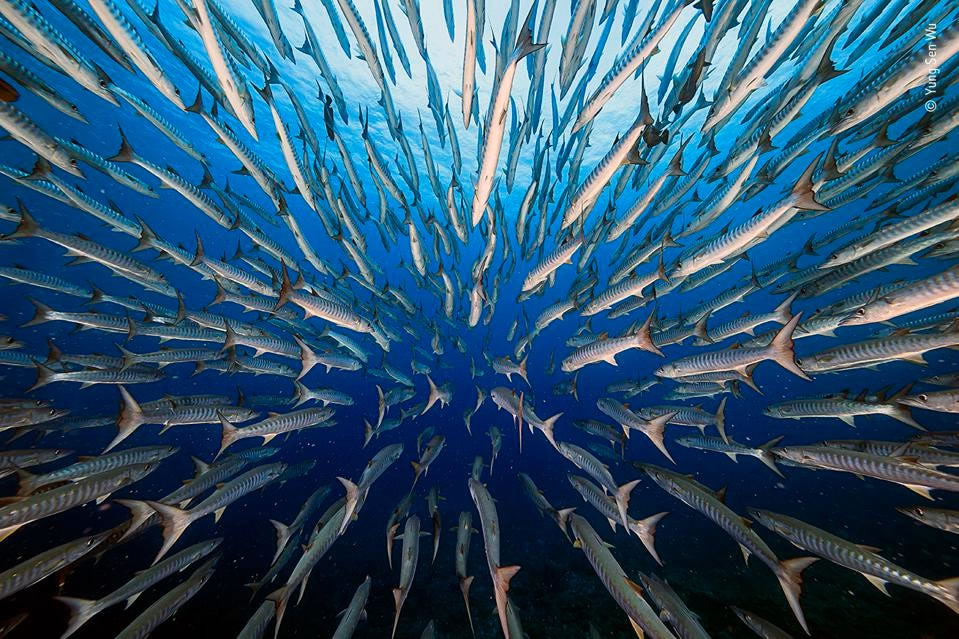 Working together by Minghui Yuan, China 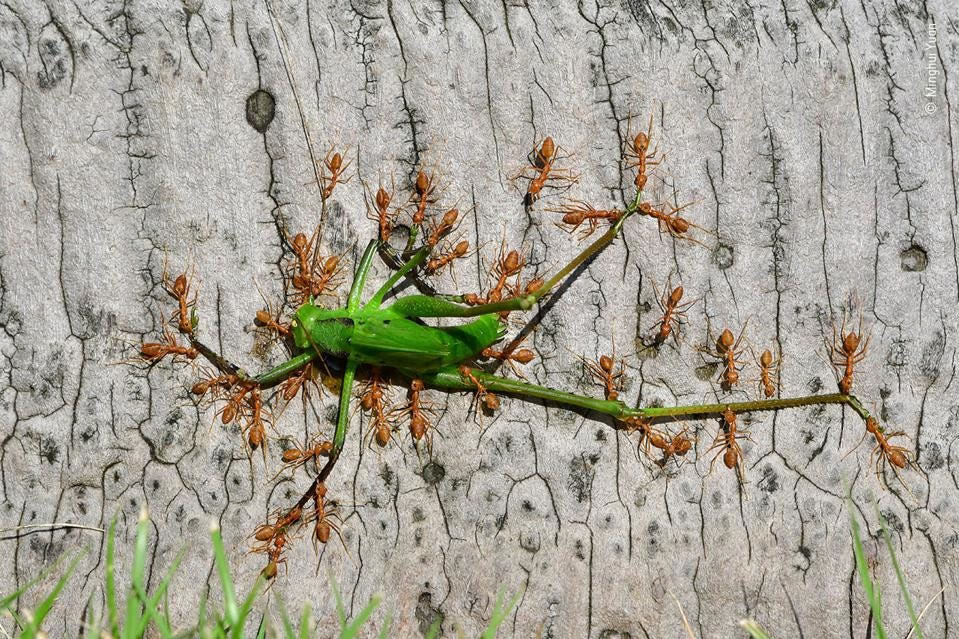 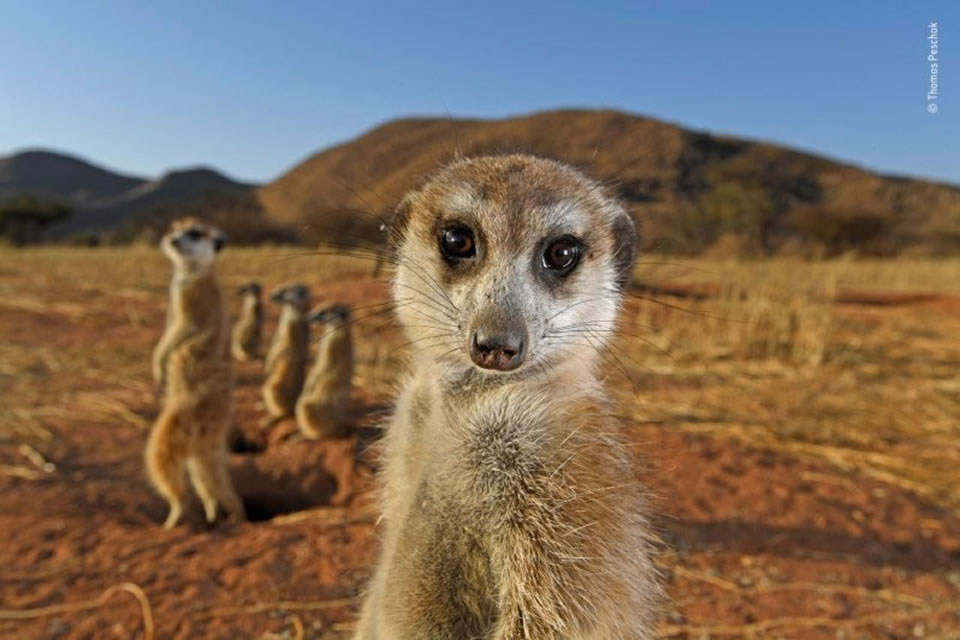 Simple & Difficult Russia: Photo Collection Of Anna Skladmann
Four Month Old Northern Lynx Kittens get their First Public Outing
Try Not To Gag At These Photos Of Vintage Eating Contests!
When Paris Was Protected with Sandbags and Masking Tape, 1914-1918
Street Fashion And Lifestyle Female Portrait Photography By Iván Olivares
Photographer Wim Van Dan Heever's Images Capture Chases And Fights In The Animal Kingdom
Beautiful Vintage Portraits of Björk in the 1980s
Every Spring This Forest In Belgium Becomes A Blue Wonderland
Breathtaking Photos Of The Beauty Models Pose Perilously Close To The Edge Of New York's Buildings
36 Photographs Of Crazy Optical Illusions That Broke The Internet
Fantastic Portraits of Superheroes Set Against Tranquil Environments
Tokyo-Based Artist Miki Takahashi Launches New Double-Exposure Pics
Vintage Photos Captured People Gargling To Against The Flu From The Early 20th Century
The Taser Photoshoot: Portraits Of People's Faces When Hit With A Stun Gun
To Change People’s Negative Perceptions Of Rats, Photographer Started Picturing Them In A Nice Way
100th Anniversary of the Sinking of the Titanic
Amazing Winners Of The African Wildlife Foundation Photography Awards
Wildlife Photographer Of The Year 2019: The Best Shots From This Year’s Competition
This is How You Photograph Giant Waves Crashing on a Beach
Mugshots of Сhild Сriminals of Edwardian Britain, 1900-1910
Spectacular Winning Images of The Life in Another Light Photo Contest 2020
Ryota Kajit Captures Amazing Photos Of Natural Ice Formations In The Waters Of Alaska
Outstandingly Beautiful Abandoned Photography By Kim Zier
Japan 2077: Takaaki Ito Captures Cyberpunk Tokyo In Dark And Moody Neon
The Last Portrait Of Boxing Legend Muhammad Ali Showing The Destructive Effects Of Parkinson’s Disease
Audrey Hepburn: Portraits of an Icon
A Poetic Photo Series On Flowers And Love – A Reason For Joy Every Day A Colorful Flower Outgrown The Sun
Barbie Suicides
Little Buddha
Amazing Pictures Taken at Exactly the Right Moment
contest, wildlife, winners