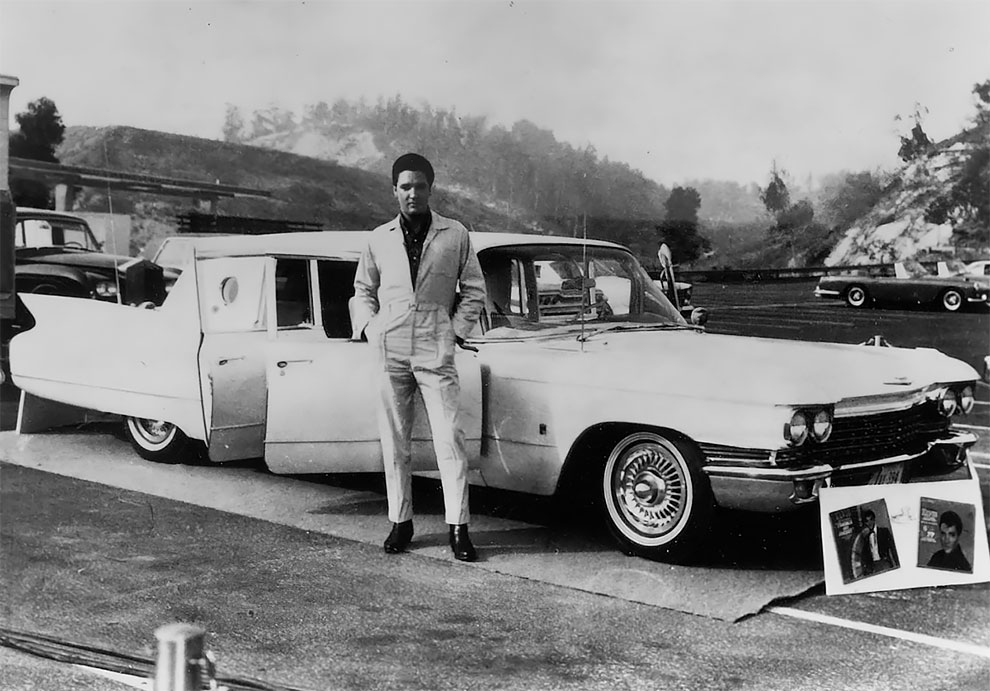 Did you know Elvis Presley owned his own golden Cadillac. The car was a Cadillac series 75 Fleetwood limousine. It featured several golden components such as gold trim seats, and even a gold plated TV. The paint color was called diamond dust Pearl, and actually contained crushed diamonds and fish scales in the paint itself. The vehicle received 40 coats of paint to achieve its sparkling exterior. 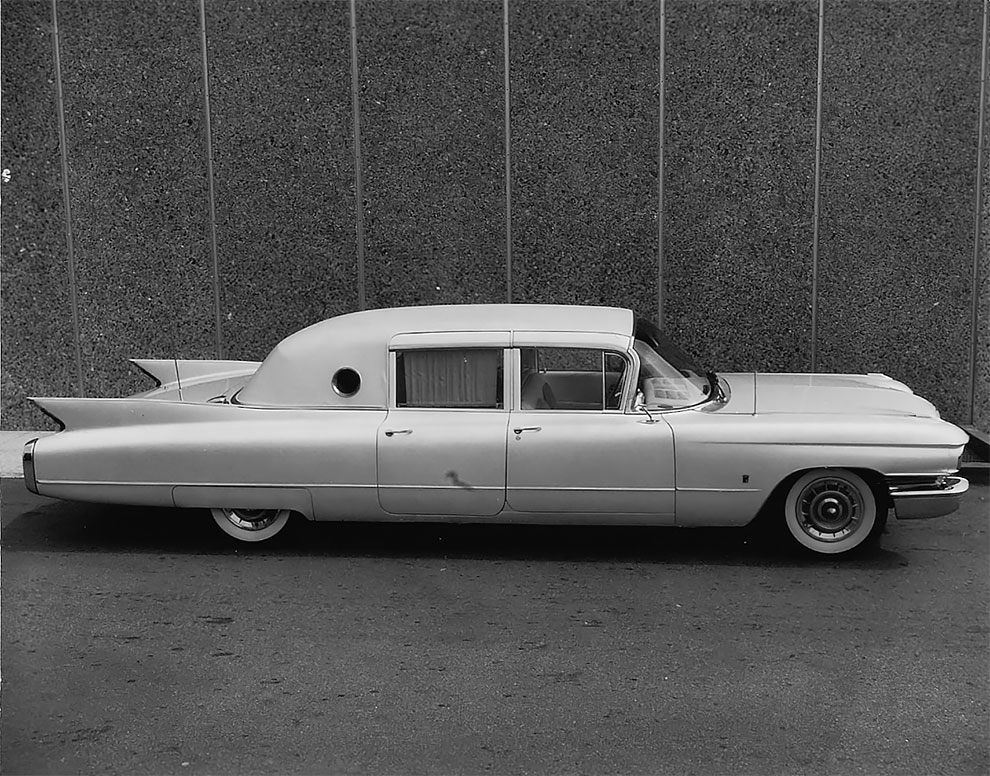 By 1960, his recordings and movies had made Elvis rich beyond the dreams of avarice, so price was no object. To create this dream machine, Elvis commissioned George Barris of Barris Kustom Industries in Hollywood. Barris, the “King of Kustomisers,” designed and built some of America’s most famous custom cars and hot-rods. Elvis spent $65,000 (about $600,000 in 2022) on the Gold Cadillac and had it fitted out with virtually every luxury accessory that money could buy. Inside and out, the style was pure Elvis and as ‘over-the-top’ as Graceland itself. 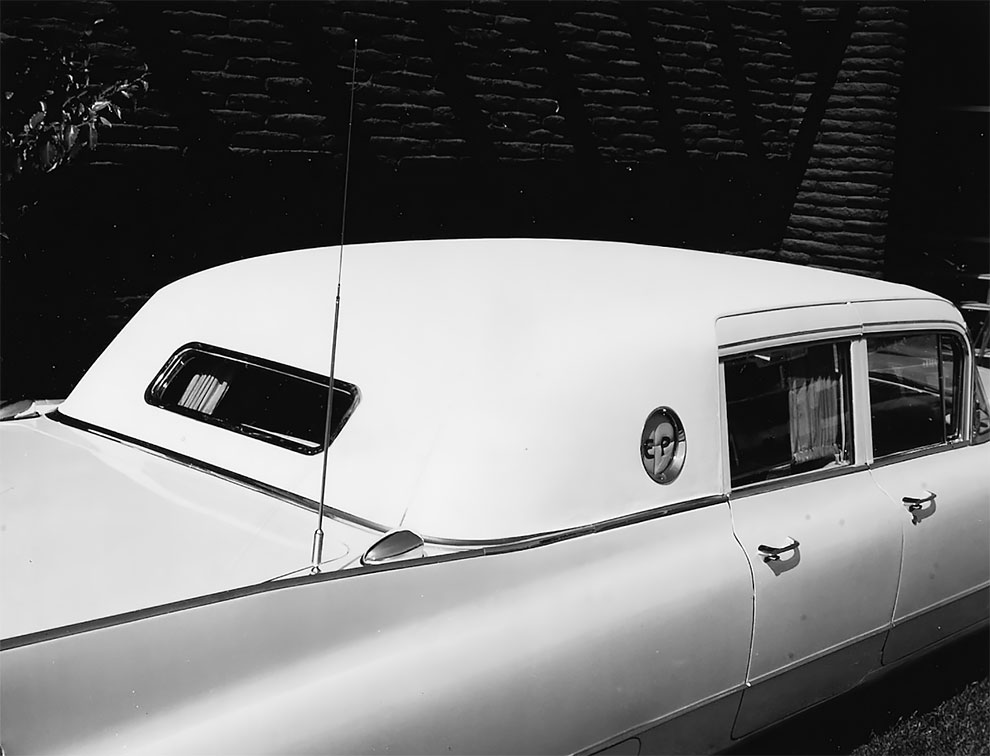 The passenger compartment and the trunk were upholstered in white pearled leather-grained vinyl and imported gold-colored crushed velvet. The floor was carpeted in white sheepskin. The interior metal trim and upholstery buttons were plated in 24-karat gold, as were the engraved dashboard plaque and the gold records set into the headlining. Gold lame curtains covered the back windows and separated the front and back seats. 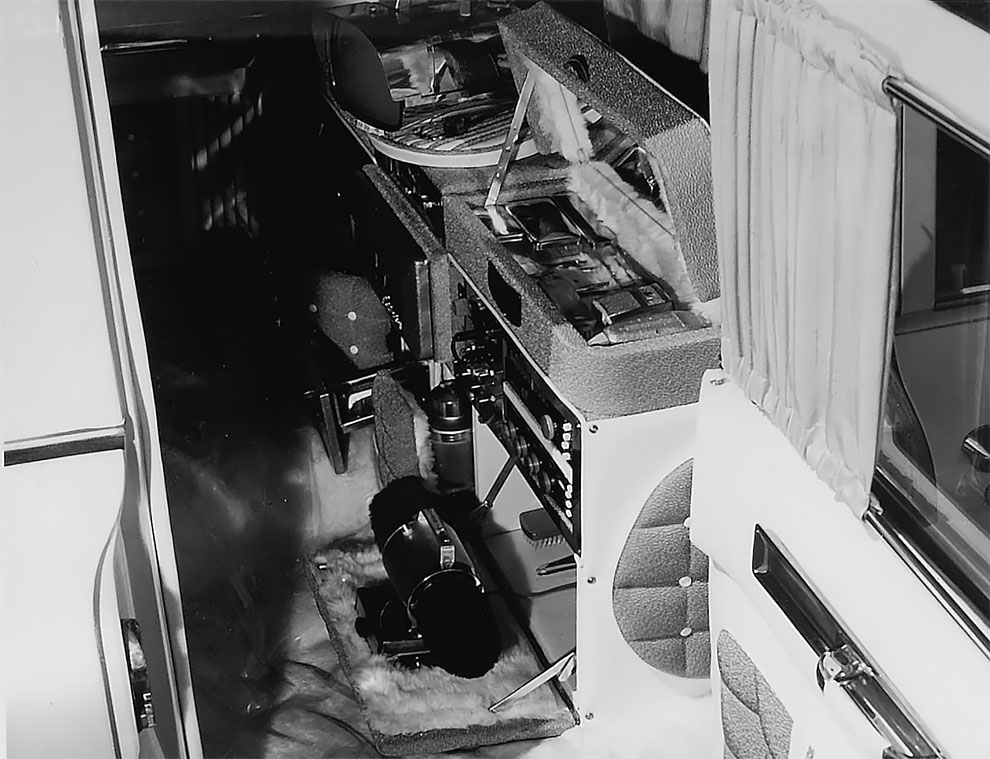 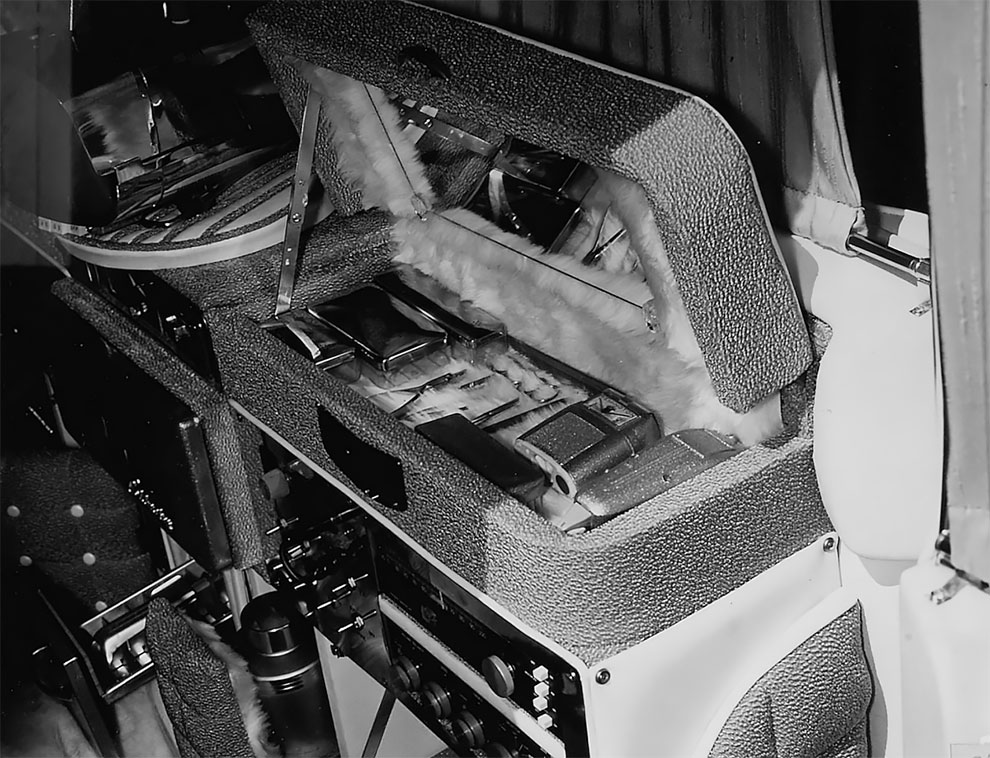 The gleaming bodywork was as ostentatious as the interior. The two-tone white and gold duco was built up of forty coats of custom-made ‘pearl of essence’ lacquer that contained diamond dust and opalescent fish scales imported from the Orient, hand-rubbed to a dazzling finish, and highlighted by hand-swirled 24-karat gold plate striping. The bumper bars, the hand-spun hubcaps, the wheel rims and covers, the headlight rims, the grille and the custom-made Elvis guitar hood ornament were all plated in 24-karat gold. 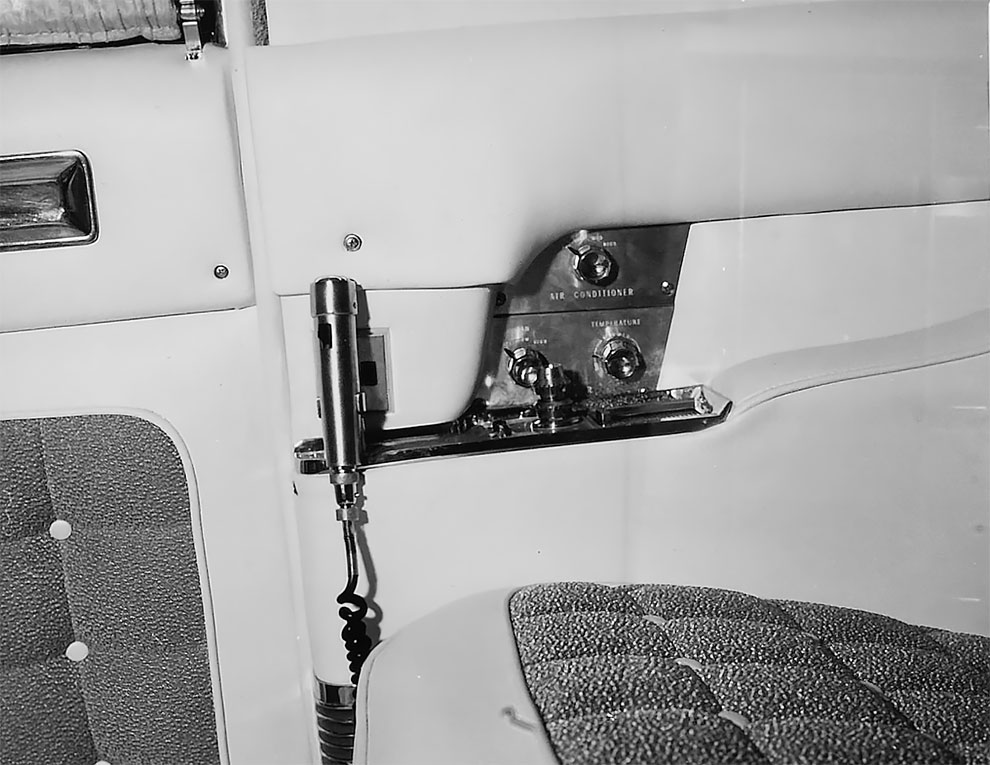 RCA toured the car internationally with great success in the late Sixties, including the 1968 Australian tour. In the late 1970s it was donated to the Country Music Association Hall of Fame in Nashville, Tennessee, where it is on permanent public display. 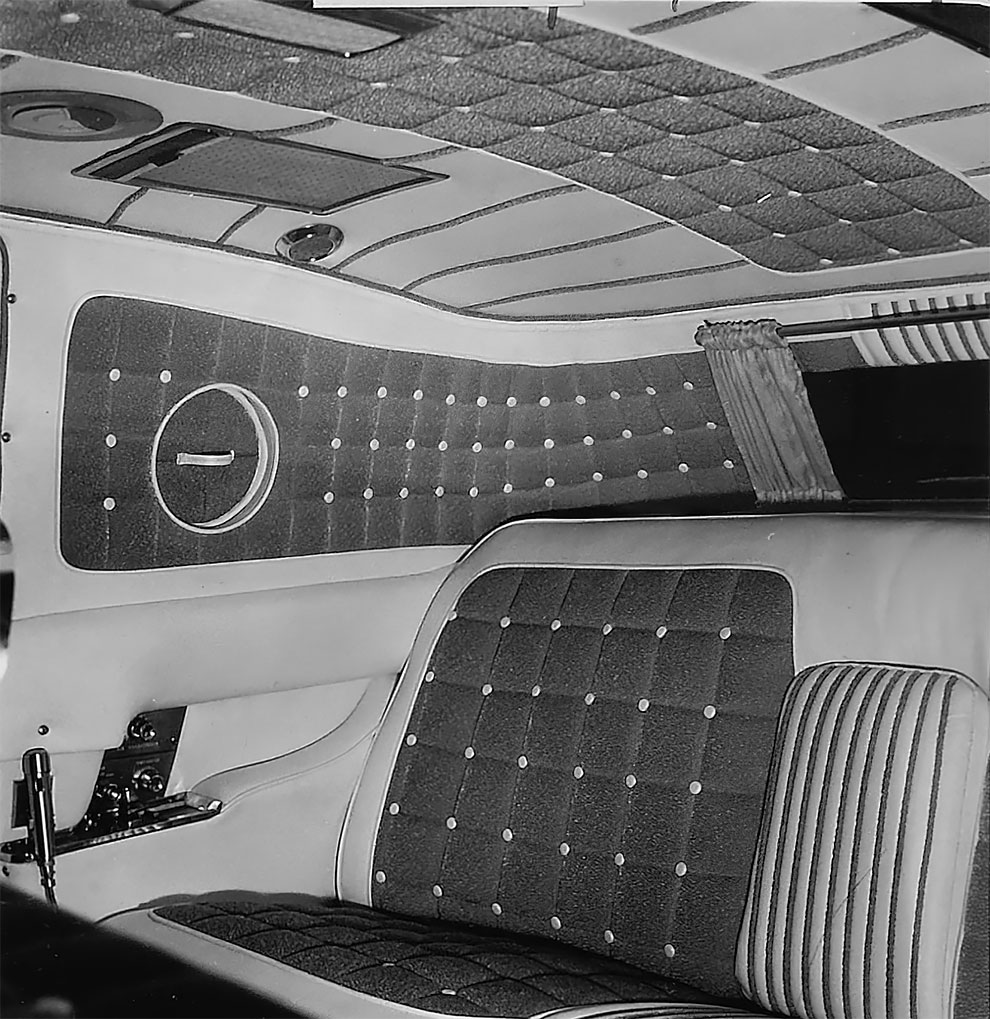 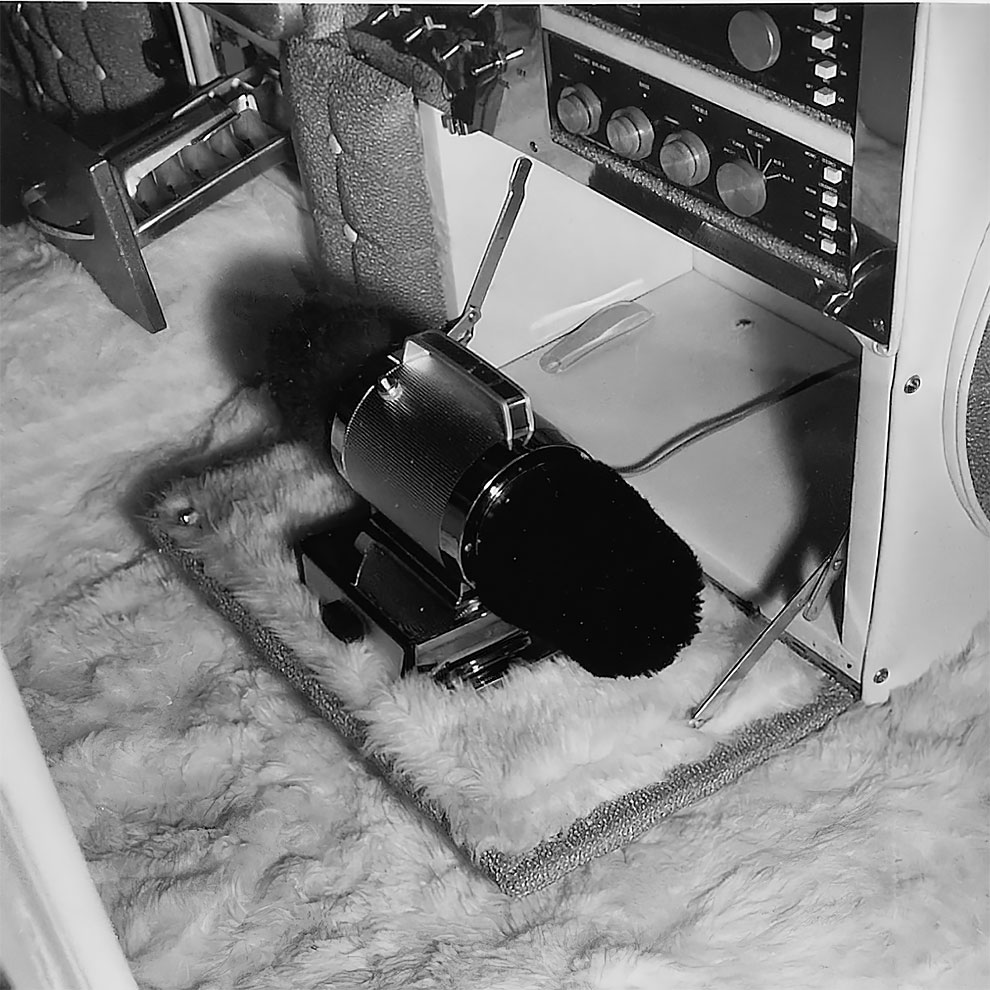 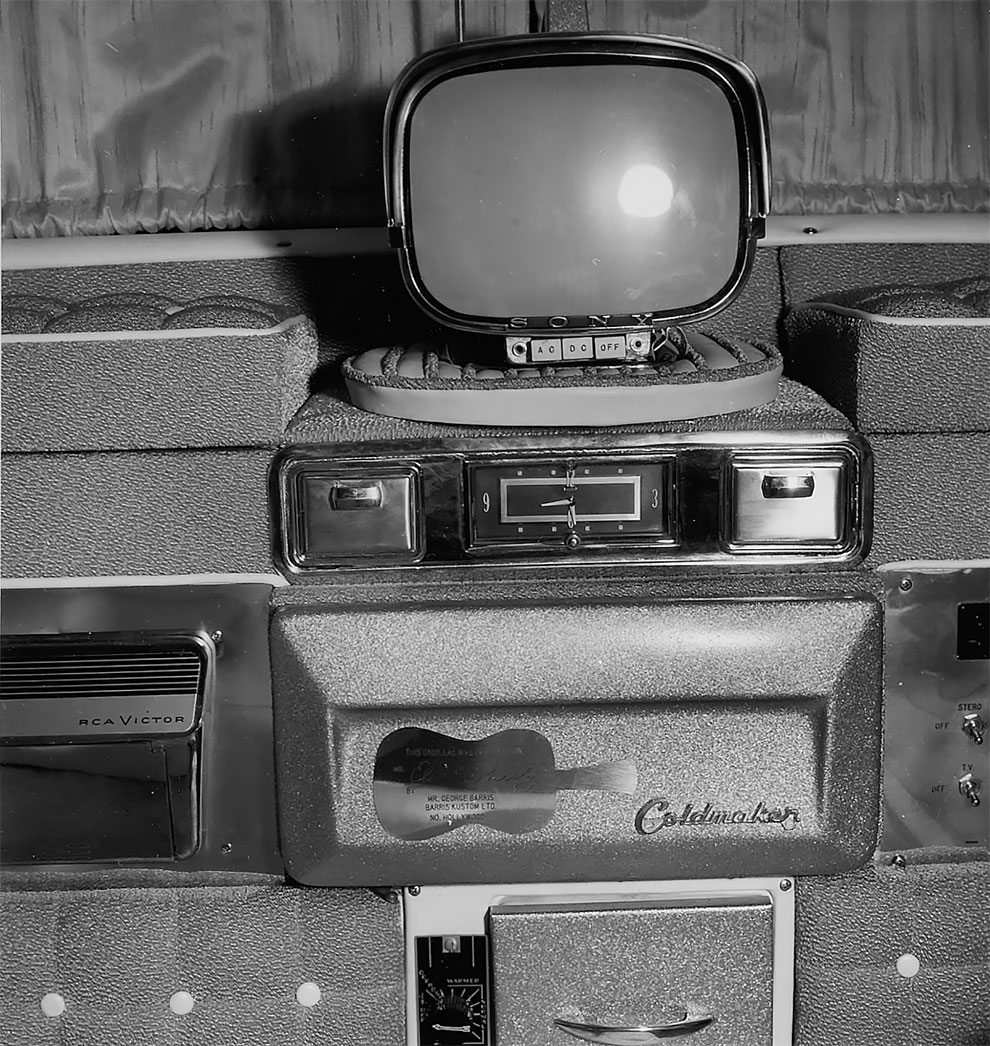 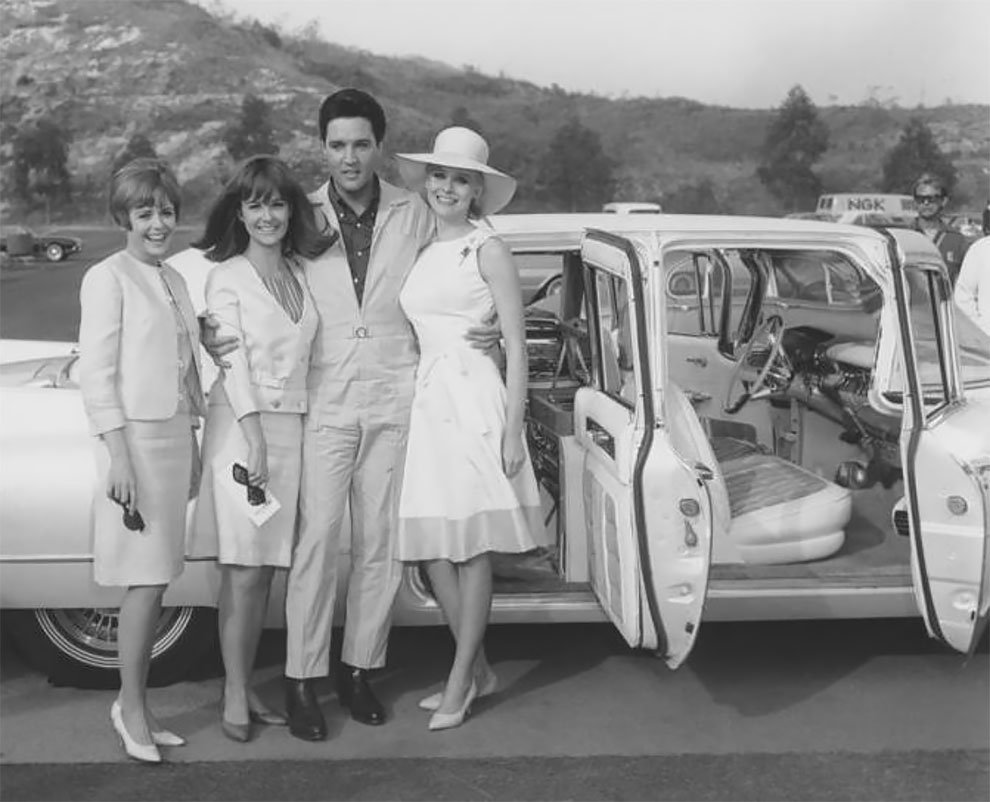 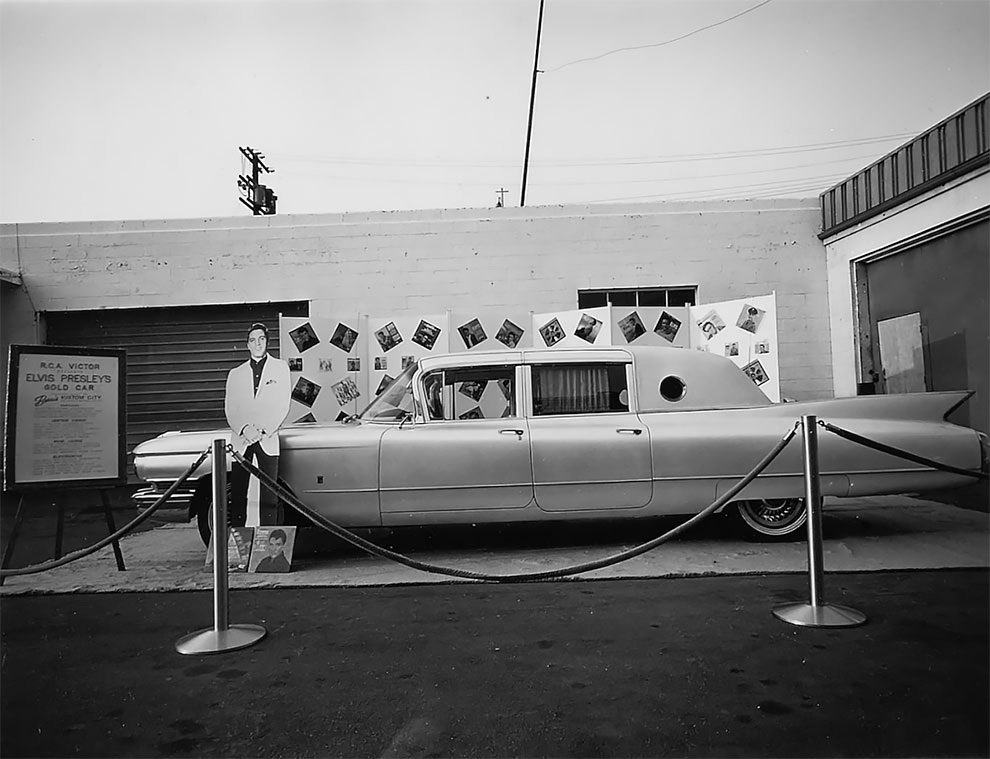