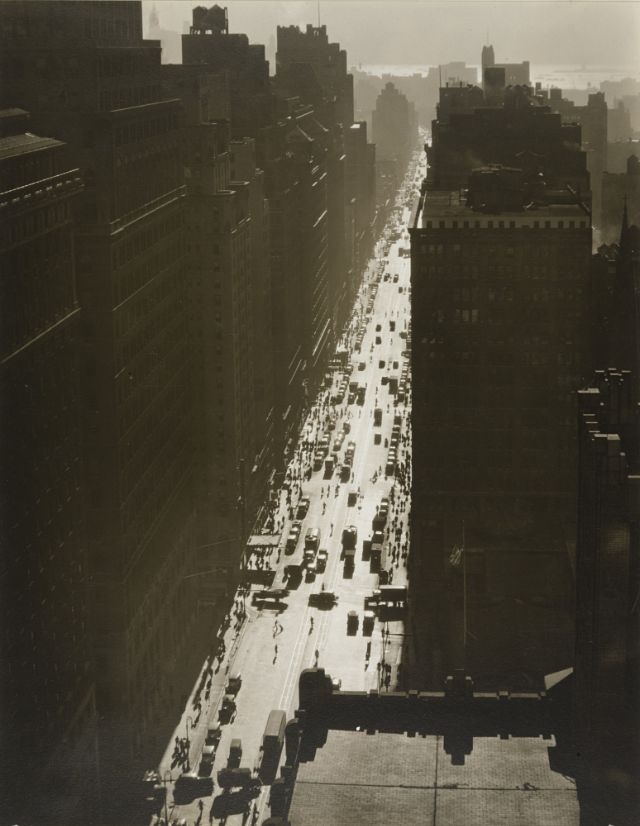 An American photographer, Berenice Abbott was a central figure in and important bridge between the photographic circles and cultural hubs of Paris and New York.

She was born in Springfield, Ohio, and in 1918 moved to New York, where she studied sculpture independently. In 1921, Abbott moved to Paris and continued her study of sculpture there and, later, in Berlin, before returning to Paris and becoming an assistant at the Man Ray Studio, where she would master photography. 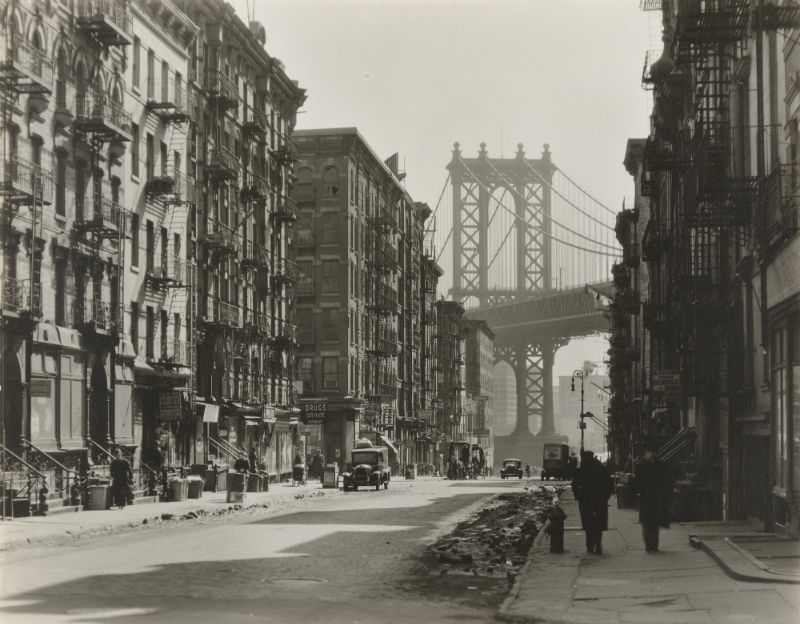 Arriving back in New York in 1929, Abbott was struck by the rapid transformation of the built landscape. “Old New York is fast disappearing,” Abbott observed. “At almost any point on Manhattan Island, the sweep of one’s vision can take in the dramatic contrasts of the old and the new and the bold foreshadowing of the future. This dynamic quality should be caught and recorded immediately in a documentary interpretation of New York City. The city is in the making and unless this transition is crystalized now in permanent form, it will be forever lost…. The camera alone can catch the swift surfaces of the cities today and speaks a language intelligible to all.” 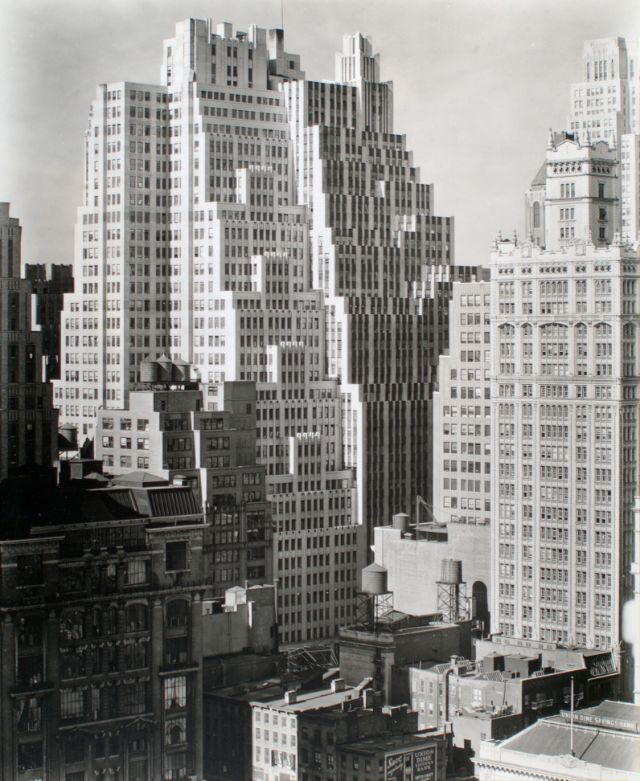 On the eve of the Great Depression she began a series of documentary photographs of the city that, with the support of the Works Progress Administration Federal Art Project from 1935 to 1939, debuted in 1939 as the traveling exhibition and publication Changing New York. 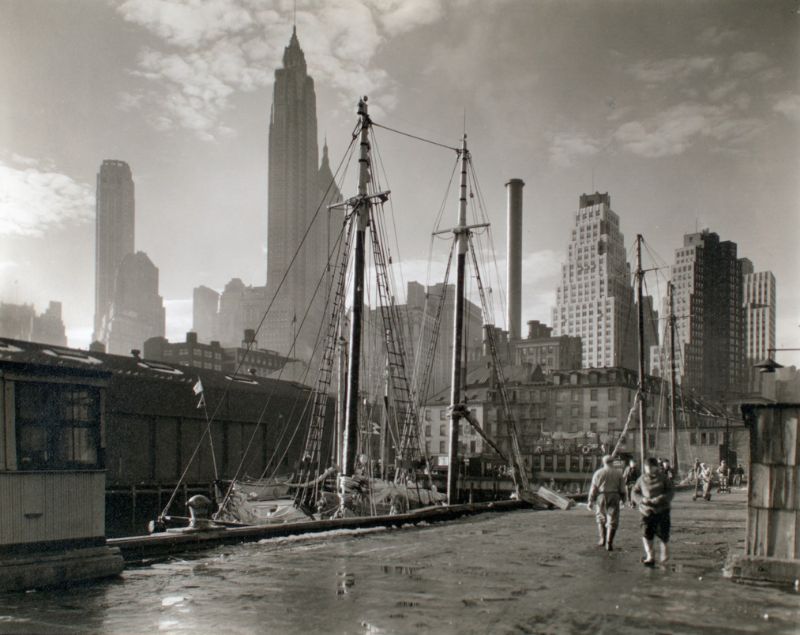 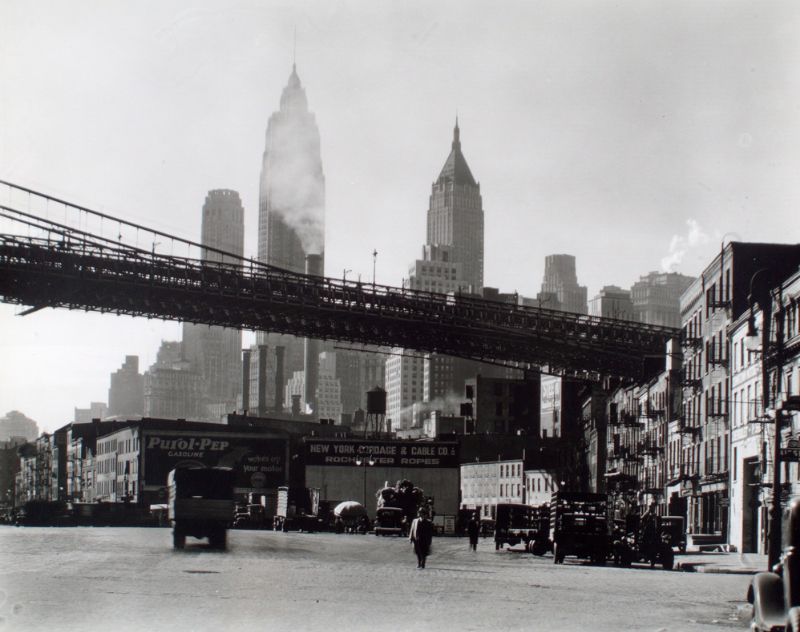 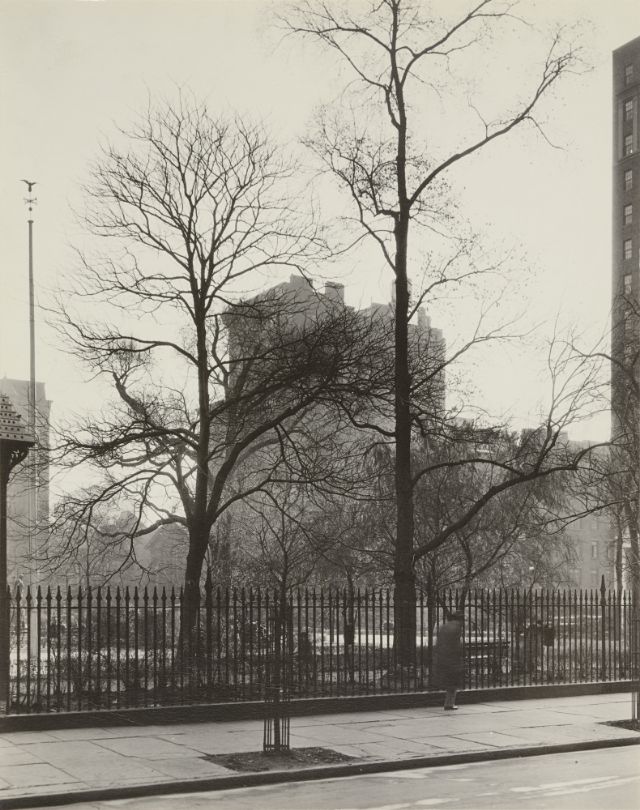 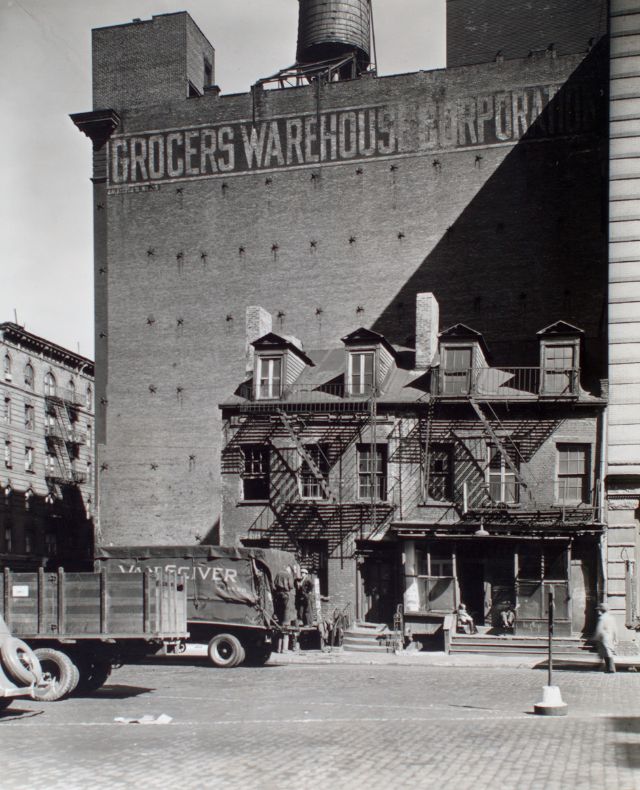 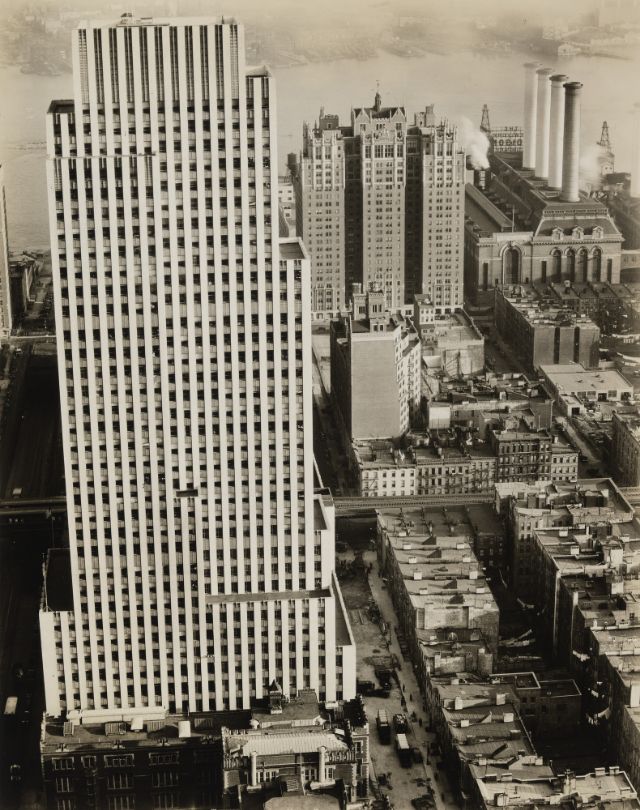 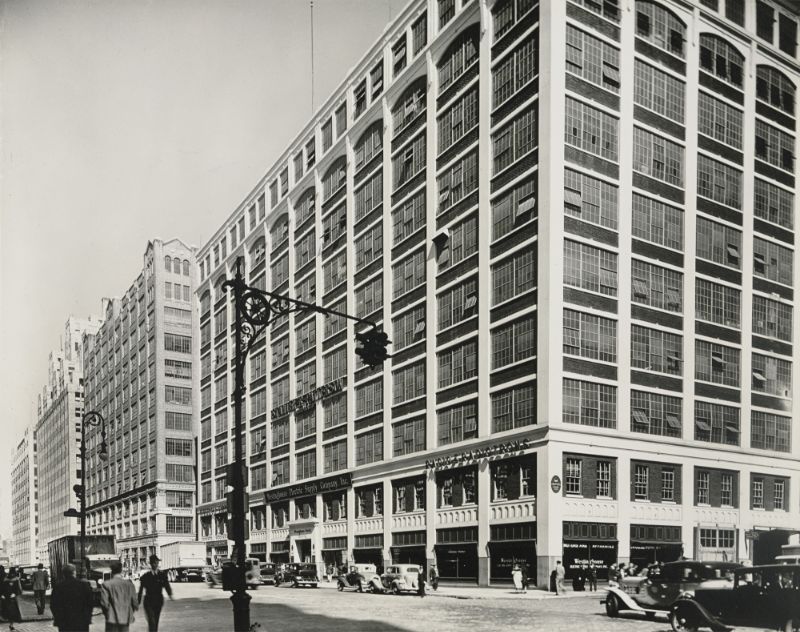 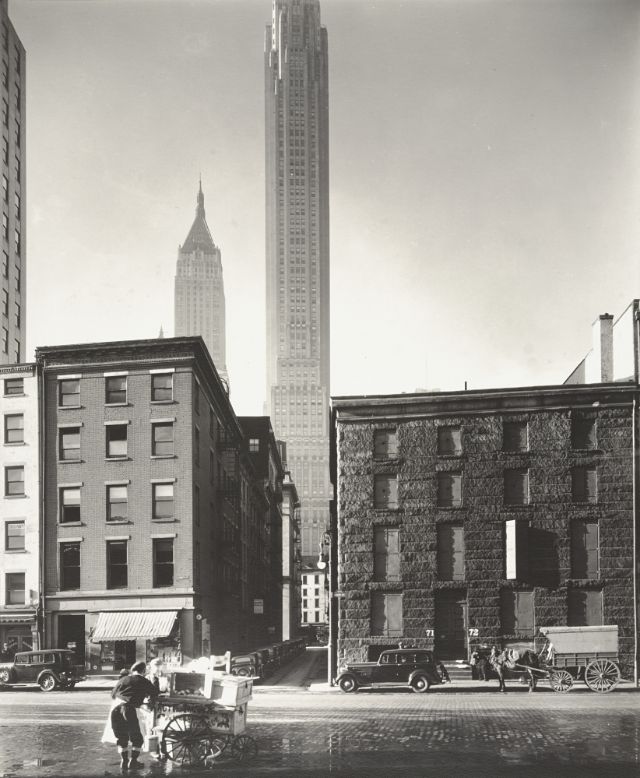 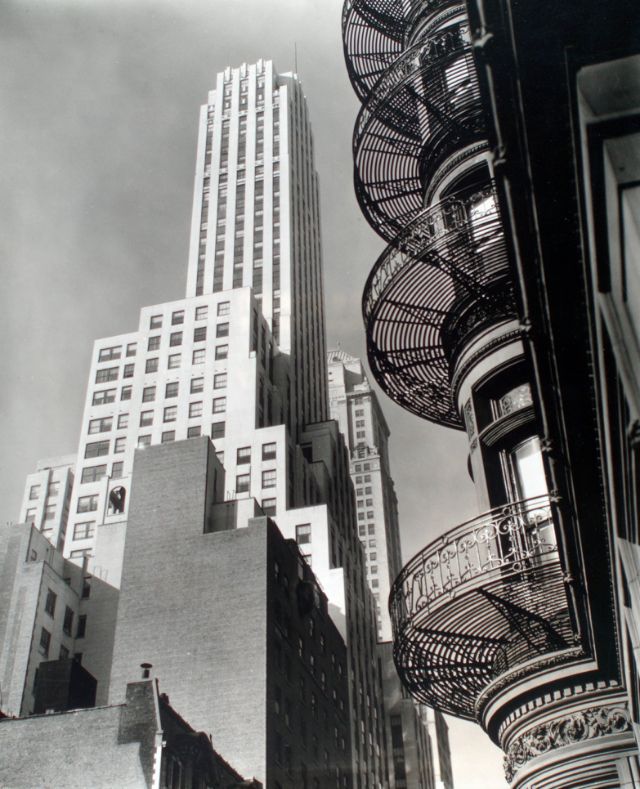 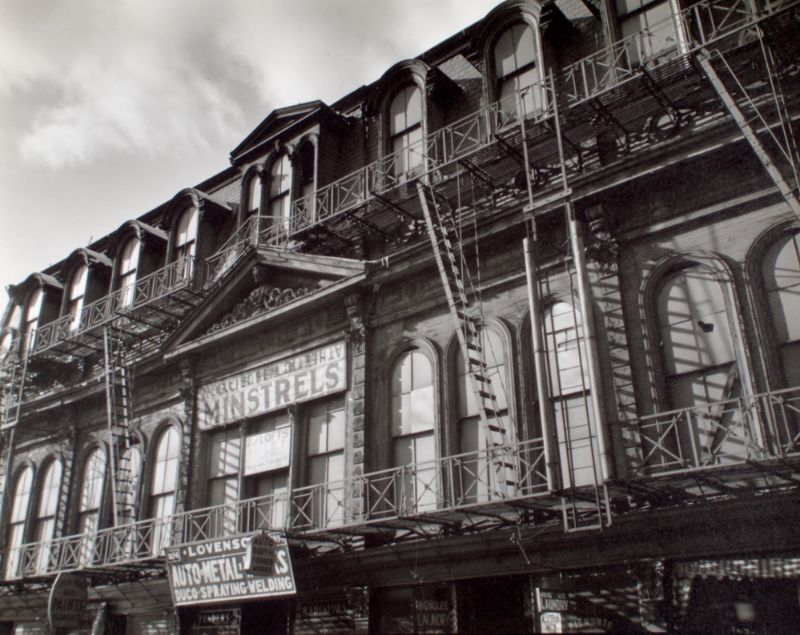 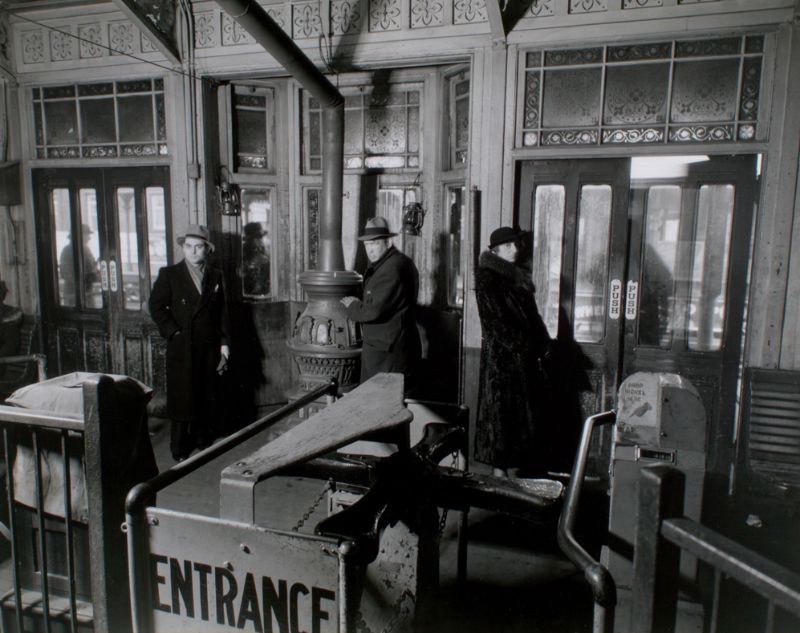 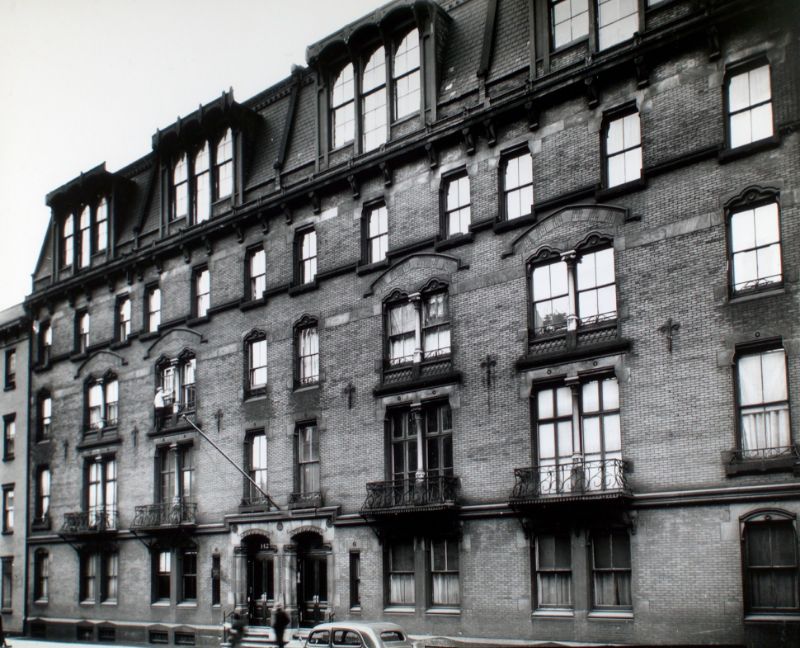 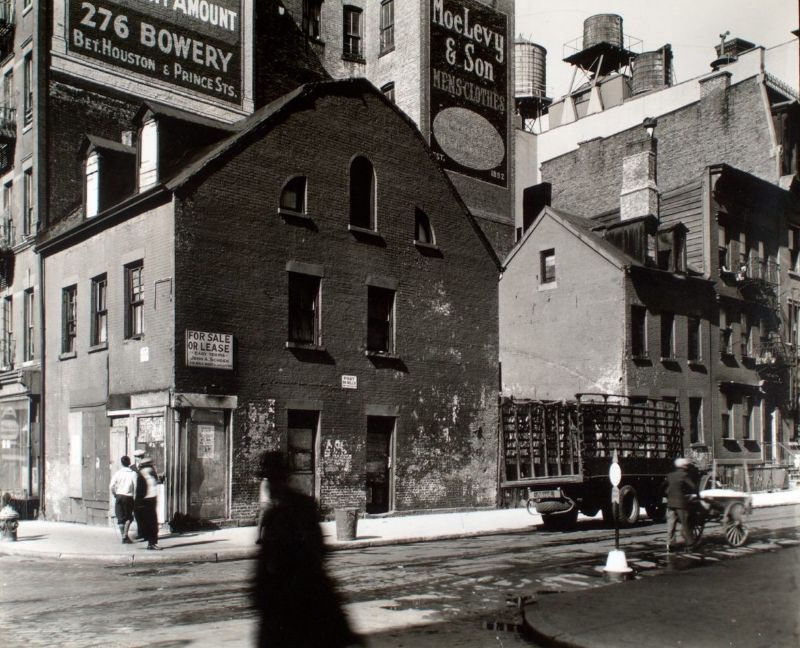 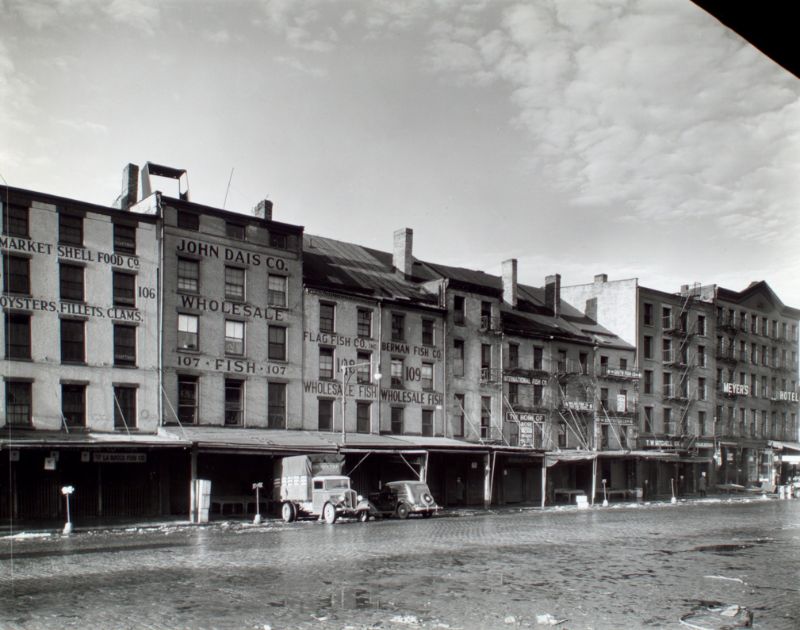 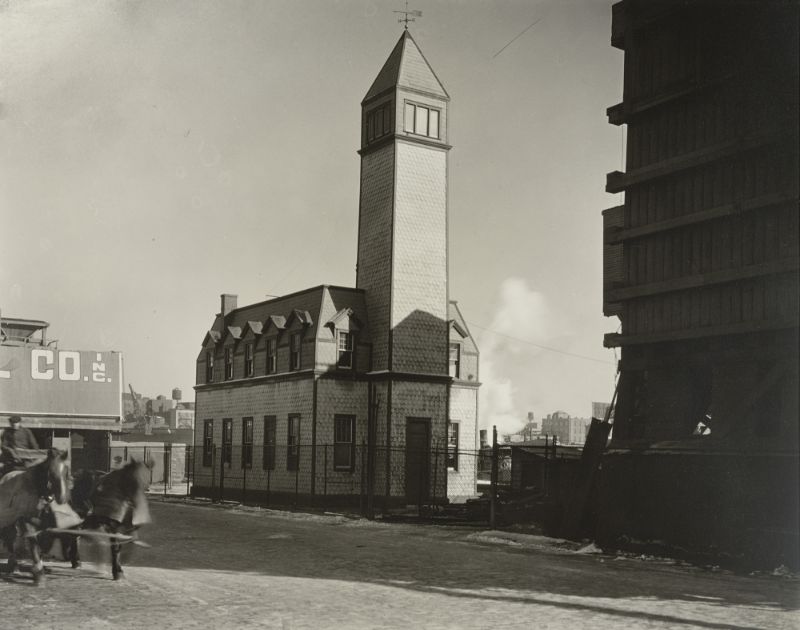 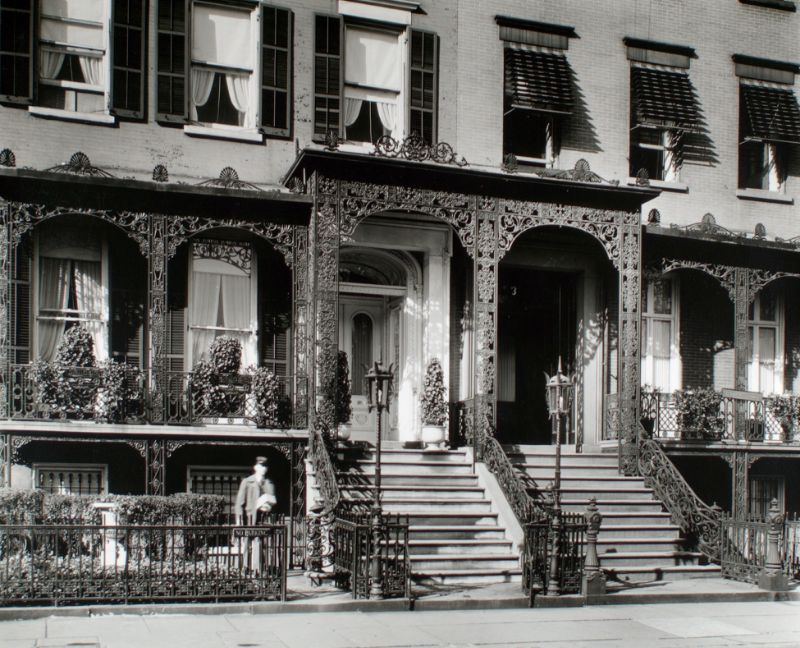 Manhattan Bridge Looking up from Bowery and Canal Street 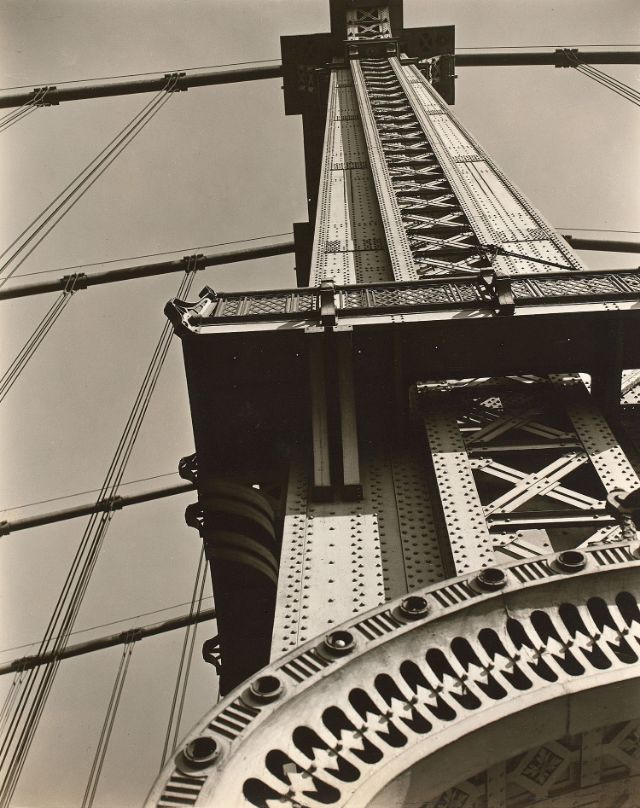 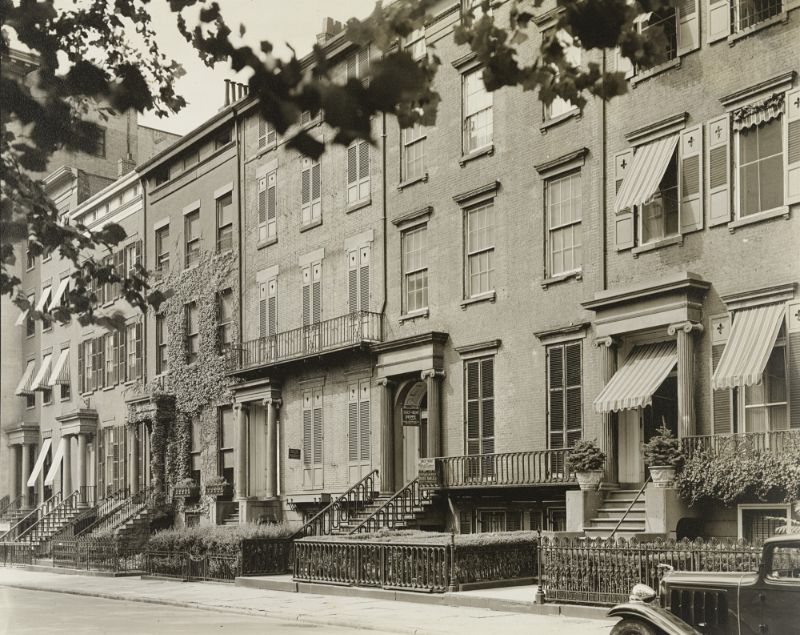 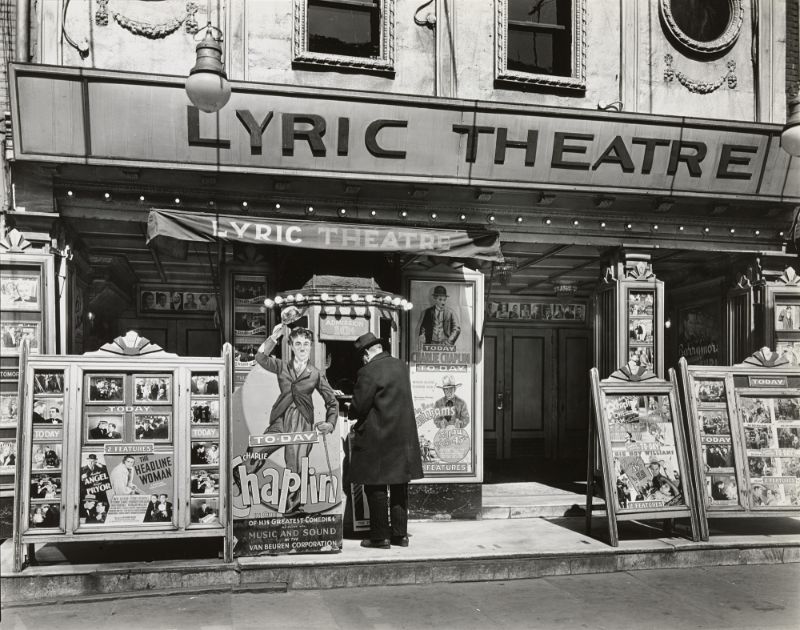 Department of Docks Building, Pier A 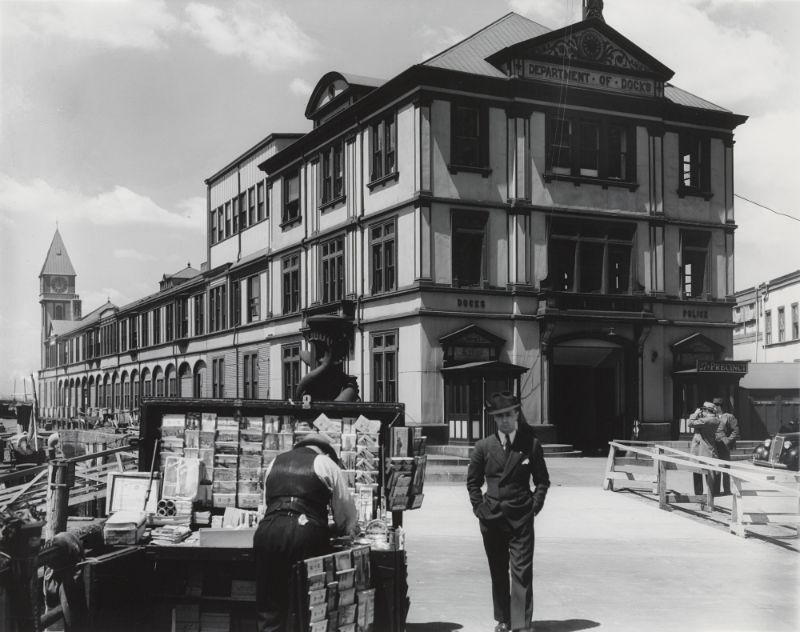 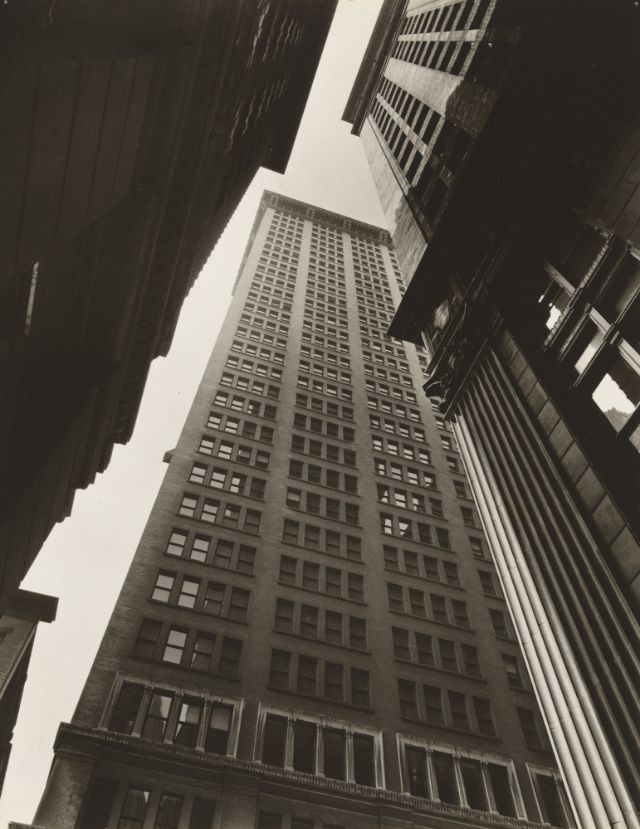 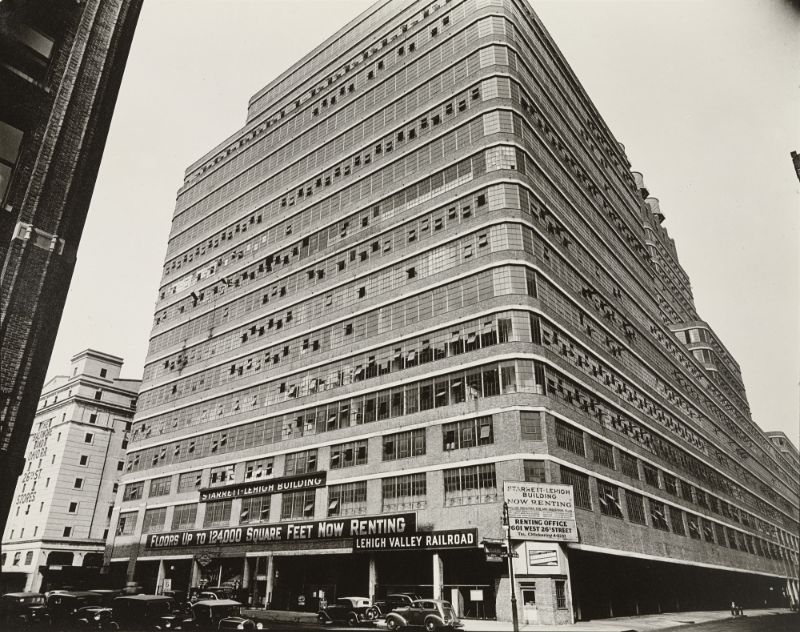 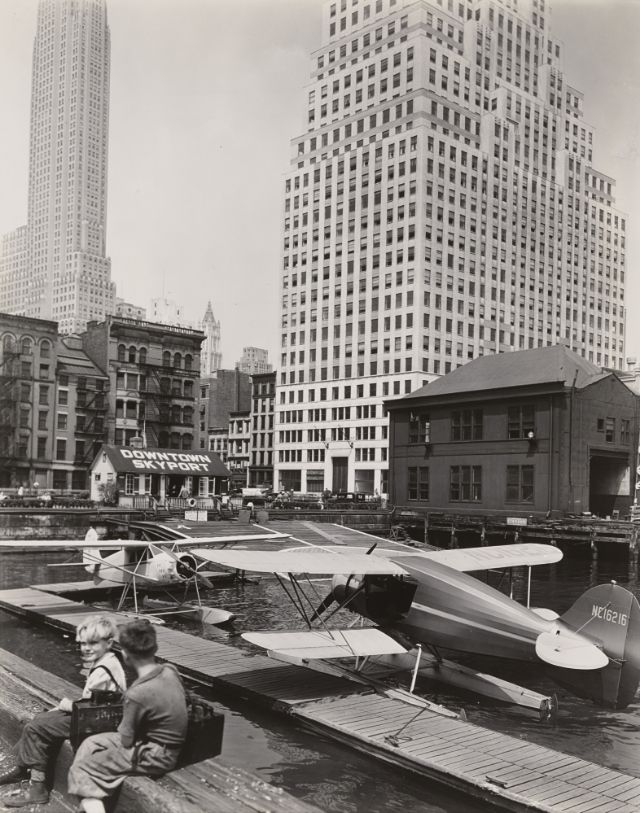 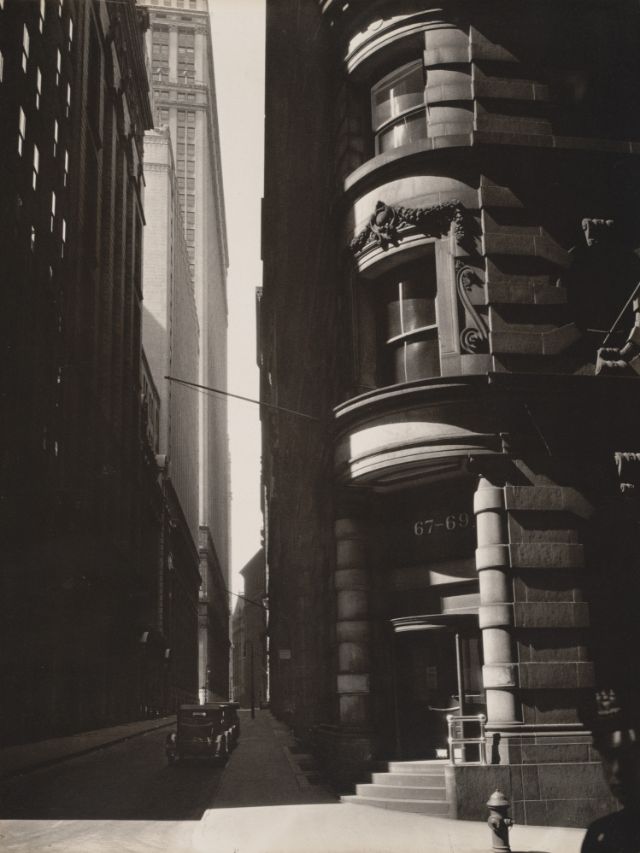 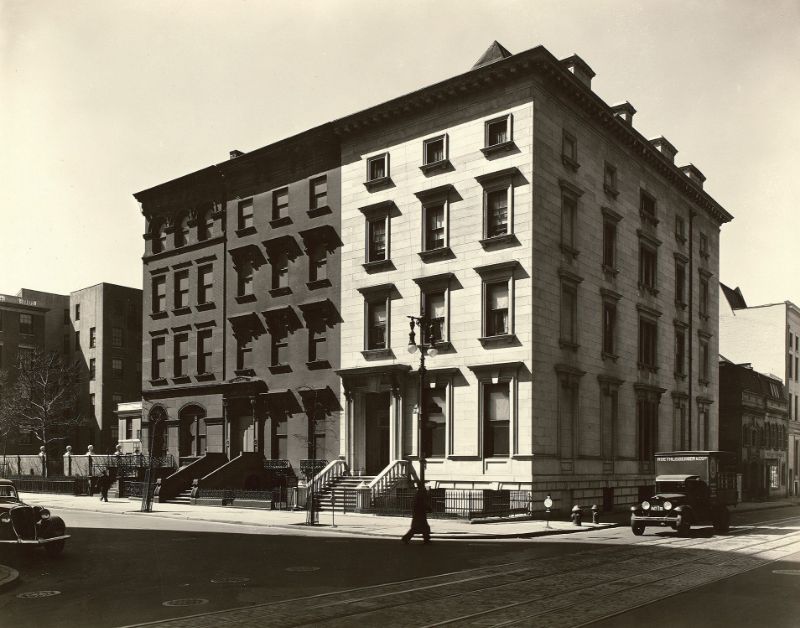 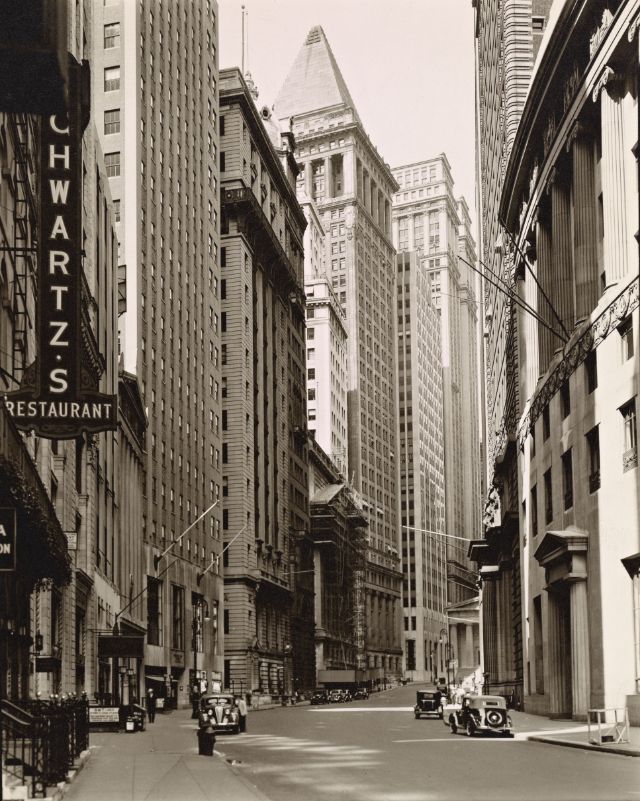 Photo of the Day: The Element
"Tyne Pride And Fall": Chris Killip’s Photographs Of Britain’s Vanished Industrial Heartlands
A Floral Designer Is Beautifying The Streets Of NYC With Elaborate Displays For Health Care Workers
Photo of the Day: Way Up In The Sky
"Naked City": Lost In Shanghai With Photographer Liu Tao
Photo of the Day: All Things Must Pass
Bouffants, Bandits and Bikinis: Pre-Revolution Iranian Movie Posters
Impressive Black & White Fashion Photography by Pierre Turtaut
Photo of the Day: Frozen
101 Best Picture Comparisons From Lilliput Or Chamberlain And The Beautiful Llama
Fragmented Ink Paintings On Arrays Of Vintage Books By Ekaterina Panikanova
Vintage Pictures of Snow King Chairlifts without Any Safety Bars that Look Very Unsafe, 1950-1970
"Goodbye, Diesel Train": This Brutal Soviet Bad Boy Has Been Destroyed In Estonia
Photo of the Day: Ptotect
"Freezing The City That Never Sleeps": A Brooklyn Chemist's 1800s Photos Capture New York In Motion
Photo of the Day: Aisha's Jump
The ’80s Hairdos: One of the Sexiest Hairstyles of All Time
Beautiful Portraits of Highland Park High School Teenage Girls, 1947
The Original British Skinhead Subculture in Photographic Portraits, 1970-1990
Wonderful Vintage Photos Of Female Students At Smith College, Northampton, Massachusetts In 1948
Photo of the Day: Fellows
Bizarre Beauty Pageants: Vintage Photos Of Hot Dog Queens From The Mid-Century
Photo of the Day: Food Control
Before Bikini: Cool Photos of Women in Swimsuits From the 1930s
1930s, Berenice Abbott, manhattan, NYC, retro, vintage

Stunning Vintage Portrait Photography by Clarence Hudson White
Beautiful Vintage Commercial Photos By Tom Kelley
Photo of the Day: On the Edge
Mindblowing, Bizarre and Provocative Collages by Ffo
Life in the Past Through Stunning Color Photos Captured by Fred Herzog
"Tales from the Graveyard": Glorious Horror Fiction of Guy N. Smith
Don't Bear with Me!
A Photo Set of The 1960 Dodge Dart Phoenix D-500, a Reflection of The Jet-Age Styling of The Late 1950s
Vintage Photos Of Two-Faced German Microcar Zündapp Janus From The Late 1950s
The Hunting
2007 ‒ 2022 by Design You Trust. Proudly hosted by WebHostingBuzz.
Privacy Policy · Terms of Service · Content Removal Policy ❤️ 🇺🇦