Kiss Me, My Fool!: Theda Bara, the Original Vamp, Posing With a Skeleton as Publicity for the Silent Film ‘A Fool There Was’, 1915 – Design You Trust
≡
d
Photo
Architecture
Inspirations
Design
Tech
Animals
Travel
Hosting
Facebook
Photography

Kiss Me, My Fool!: Theda Bara, the Original Vamp, Posing With a Skeleton as Publicity for the Silent Film ‘A Fool There Was’, 1915 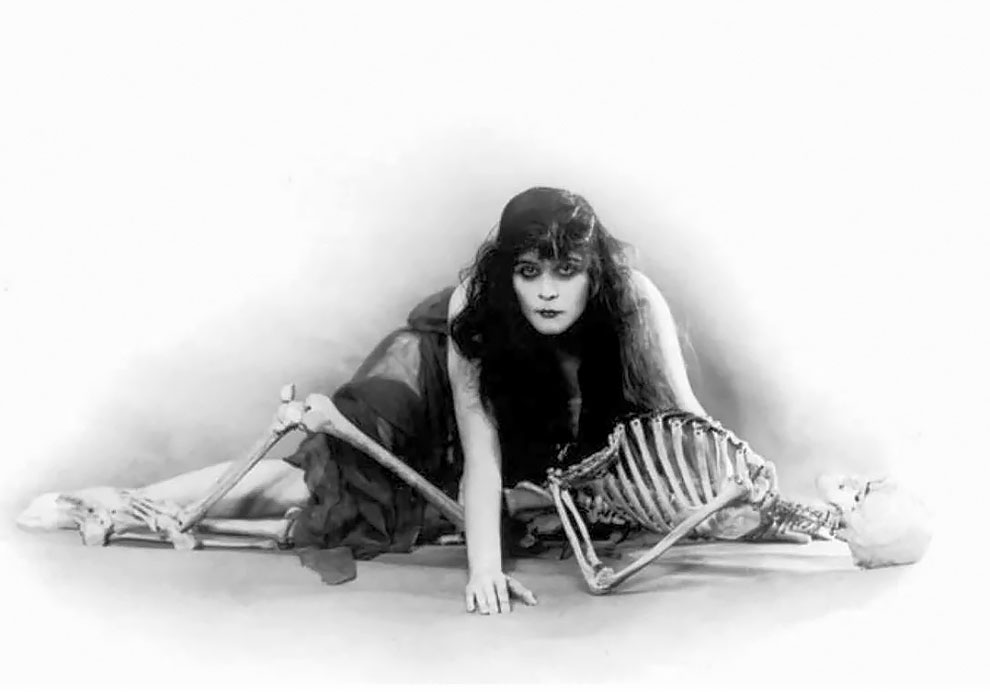 A Fool There Was is an American silent drama film produced by William Fox, directed by Frank Powell, and starring Theda Bara. Released in 1915, the film was long considered controversial for such risqué intertitle cards as “Kiss me, my fool!” 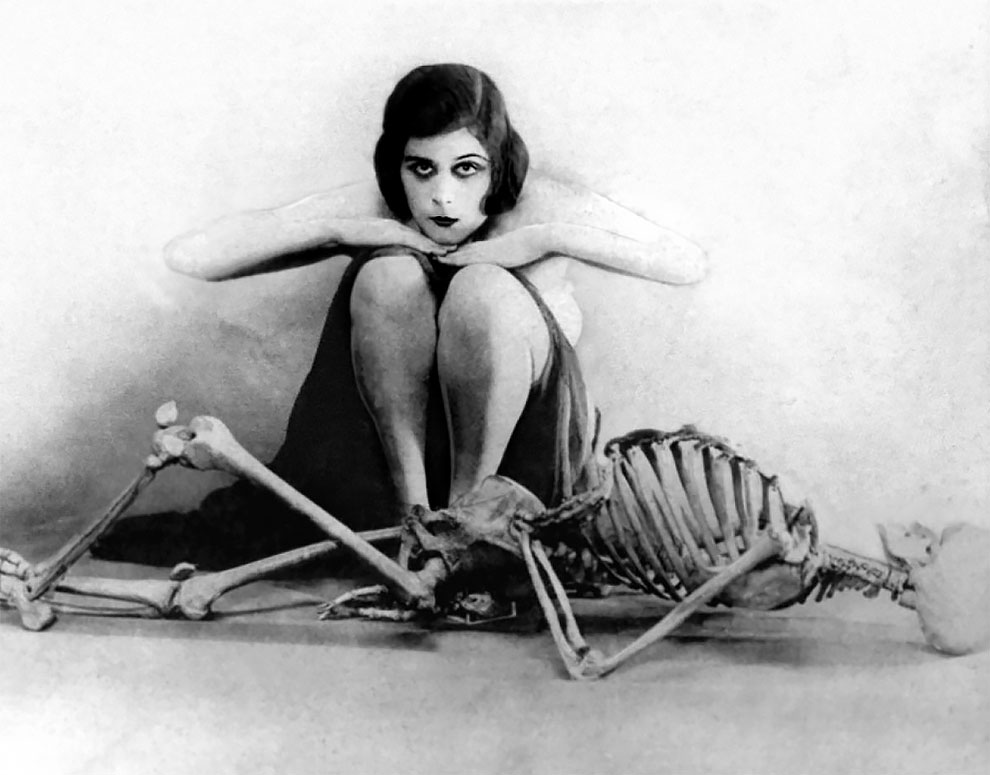 The film is one of the few extant films featuring Theda Bara. It popularized the word vamp (short for vampire), which describes a femme fatale who causes the moral degradation of those she seduces, first fascinating and then exhausting her victims. 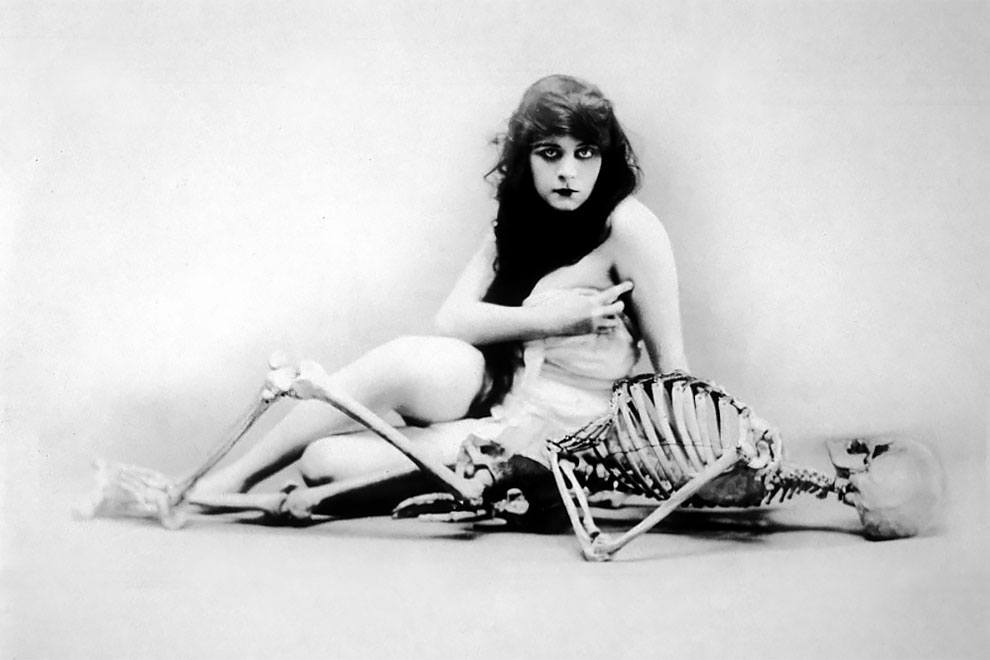 In 2015, the United States Library of Congress selected the film for preservation in the National Film Registry, finding it “culturally, historically, or aesthetically significant.” 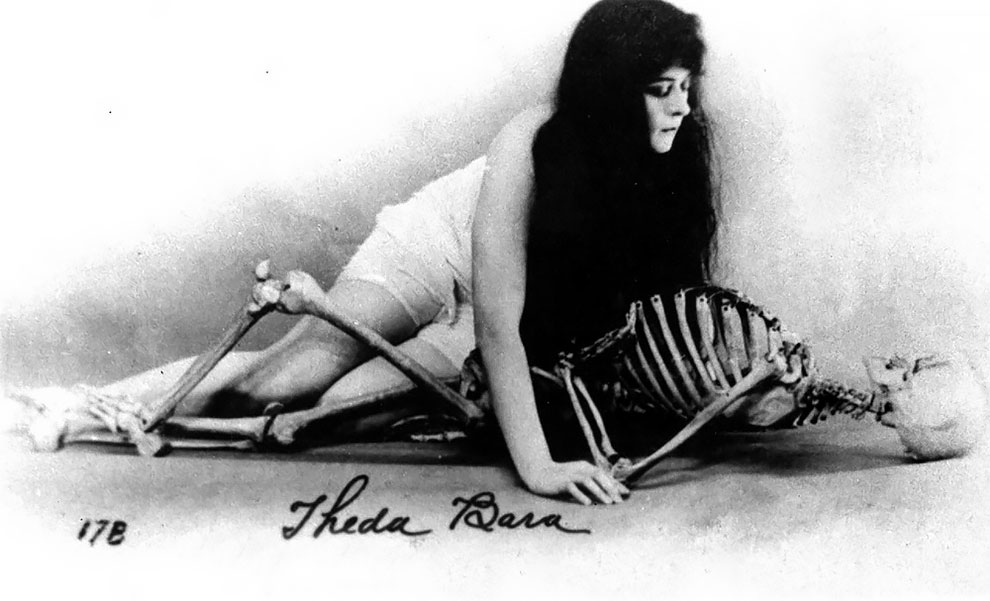 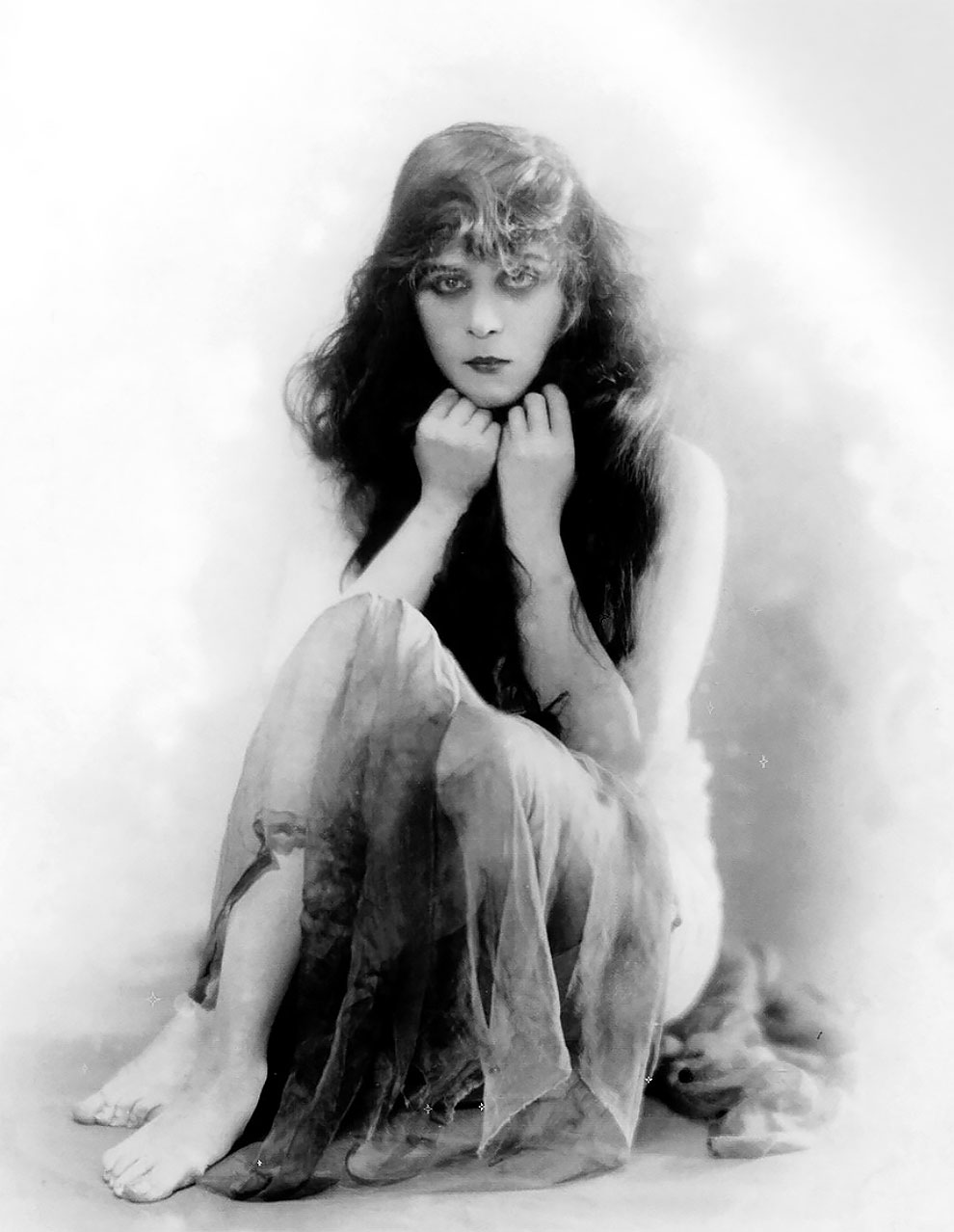 Cyberpunk Neon Fantasy: Moscow’s Outskirts As You’ve Never Seen Them Before
A Girl and Her Room
This Is Truly Heavenly Weather As Pictures Taken From An Airplane Cockpit Reveal What Pilots See From Above
Yarnvertising: DIY Fashion Adverts Of The 1970s
Virtual Reality Photography
The Blinged-Out Work Trucks Of Japan Photographed By Todd Antony
Pilot Takes Amazing Photos From His Cockpit, And They Will Take Your Breath Away
"When Only Sadness Remains": Moody Street Photography By Daniel Kraken
The World’s Largest Photography Competition Announced 100 Finalists From Over A Million Entries And Here’s 30 Of Them
Extraordinary Aerial Photographs of London From the 1920s Taken by Alfred G Buckham
Cool Vintage Photographs That Show People Riding Zebras From The Late 19th And Early 20th Centuries
A 15 Years Old Boy From India Creates Surreal Photoworks
"A Better America" - Nostalgic Color Photos Document Beautiful Life Of Florida In The 1950s
Beautiful Aerial Photos Of The Blue Salt Fields, Shark Bay, Australia
Vivian Maier: Lost Photographs Of 1950s New York
"Memoirs Of The Geisha" - A Look Back At The Traditional Japanese Female Entertainers
Recent Entries For The Comedy Wildlife Photography Awards 2017
Woman Splashes £70K Transforming Her Three-Bed Terrace Into A Retro Wonderland After Raiding Charity Shops
The Tutu Project By Bob Carey
Cold Iceland Through The Lens Of The Photographer Tom Kondrat
Roaring with Joy
Wait, What? The Spectacular Winning Images of the Potato Photographer of the Year 2021!
Cool Pics Capture People Posing With Lancia Cars From Between The 1920s And ’60s
7 Fantastic Pieces Of Advice For Taking Photos On The Beach
1900s, retro, skeleton, Theda Bara, vampire, vintage