Mesmerizing and Haunting: The Surreal and Stunning Artwork of Jaco Putker 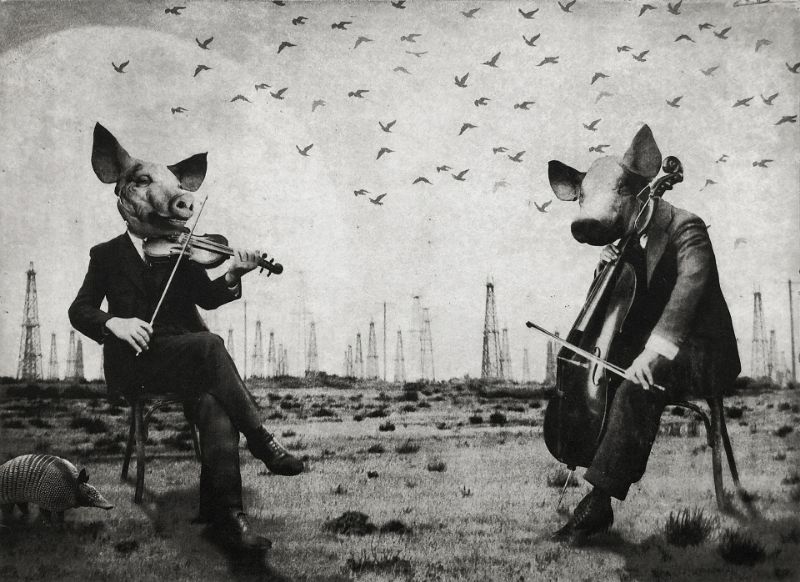 Jaco Putker is a contemporary artist and printmaker from The Hague, The Netherlands. He combines digital and traditional techniques to produce images which are both playful and sinister, nostalgic and magical. His preferred medium is photopolymer, or solar plate, etching. This technique is a non-toxic way of etching which allow for photorealistic depictions. 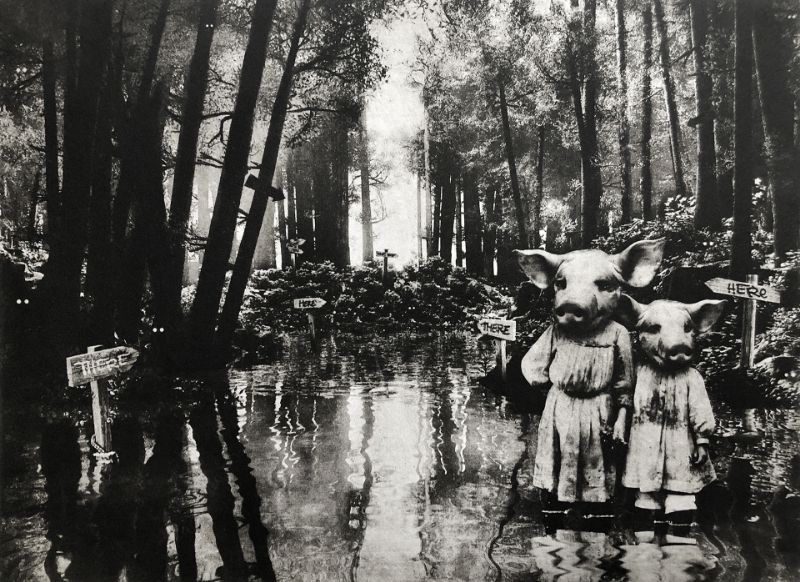 Rather than impose a meaning to his work, Putker invites the viewers to associate freely and give his etchings personal significance through individual perceptions and filters. He considers his works to be illustrations to fables which don’t exist, but hopefully take shape in the beholders’ minds. 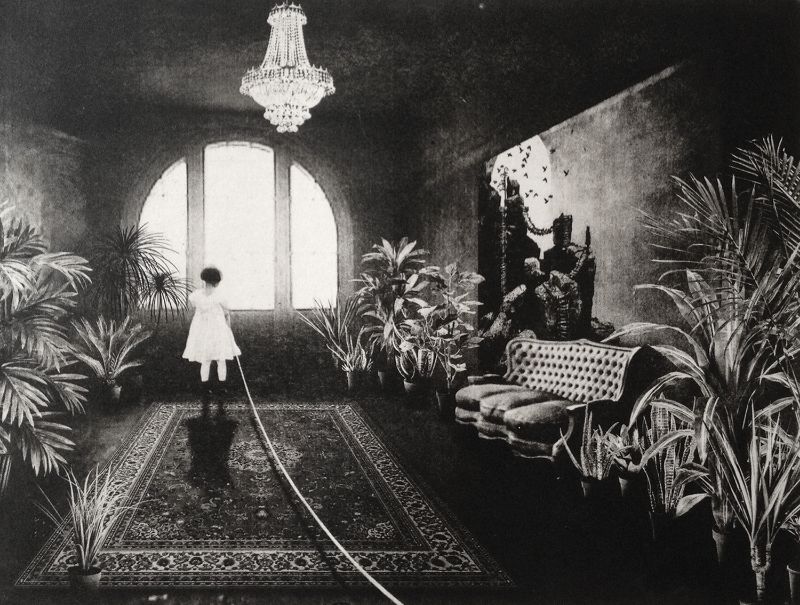 Putker has won several awards and has exhibited his pictures across the world from Tokyo to Chicago, China to Britain. He claims there is no one influence on his work other than his abiding interest in “Nature and in how nature works, in its perfection and self-reliance and its power of rejuvenation and destruction. In how it has a profound effect on not just me, but on virtually every human being.” 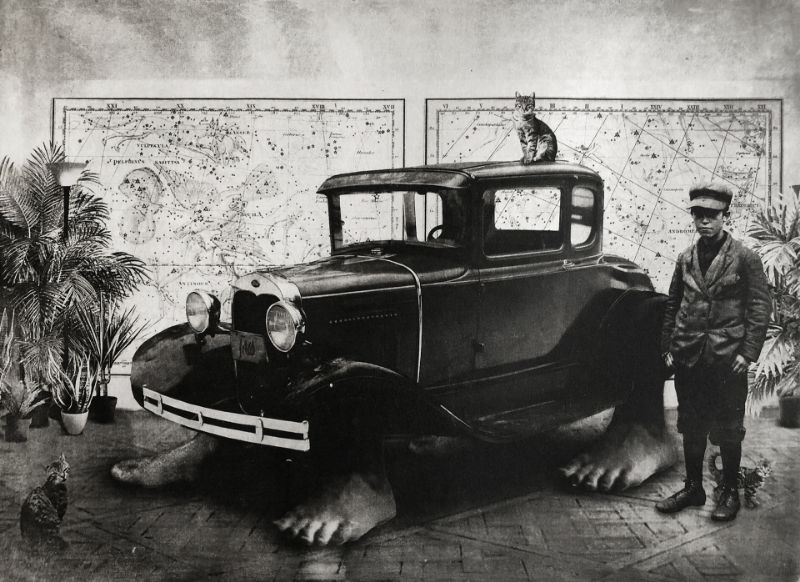 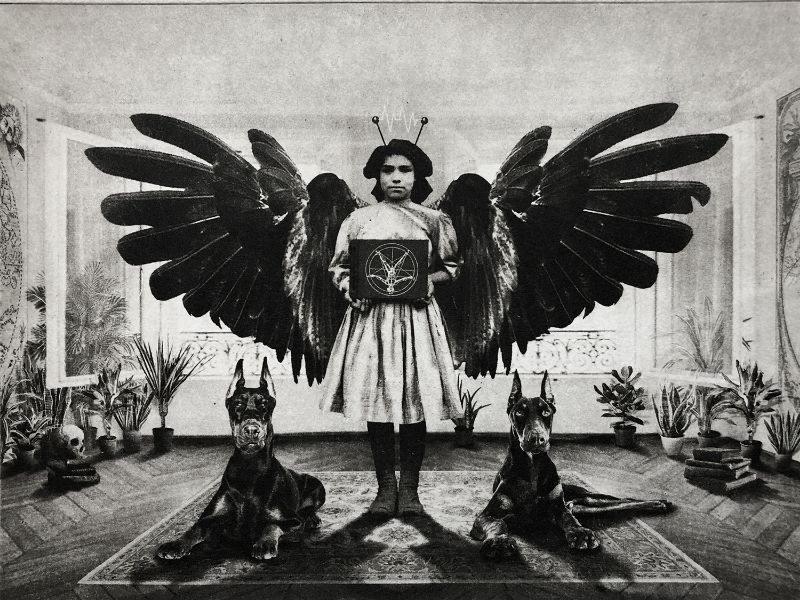 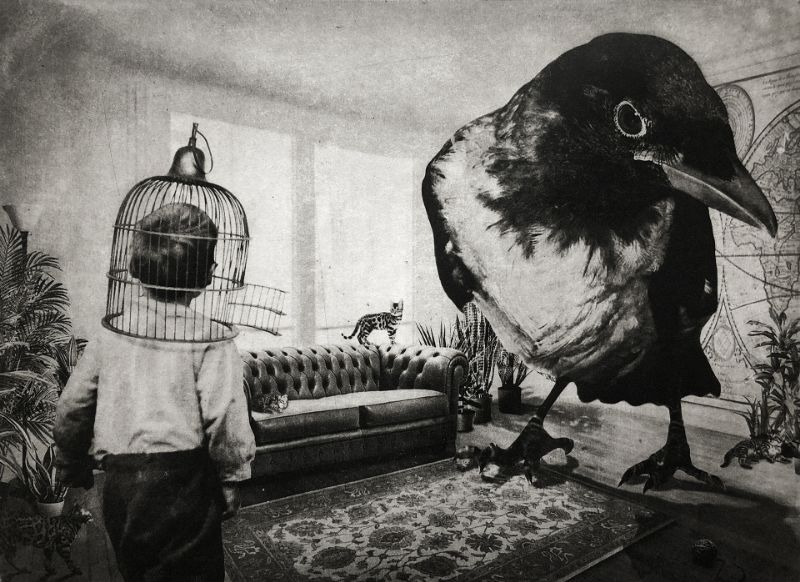 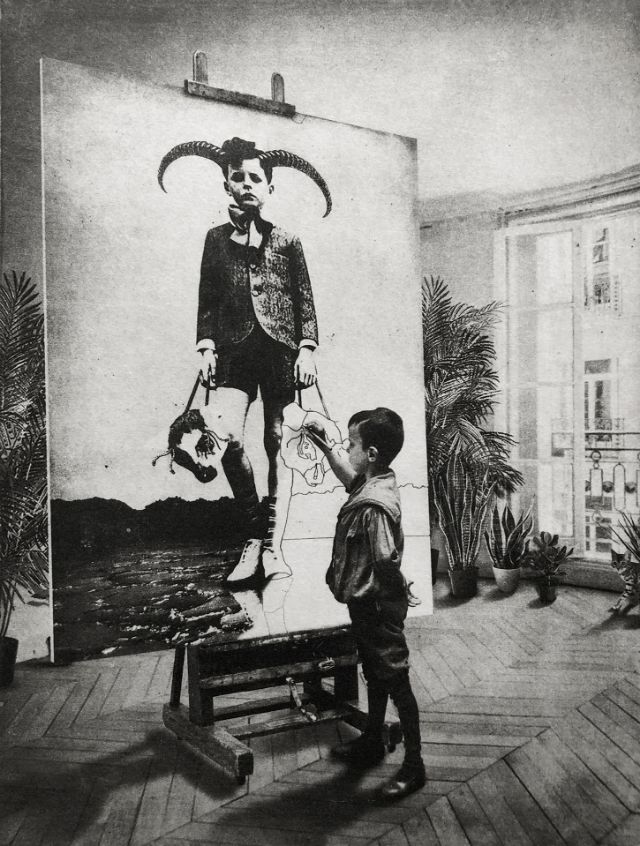 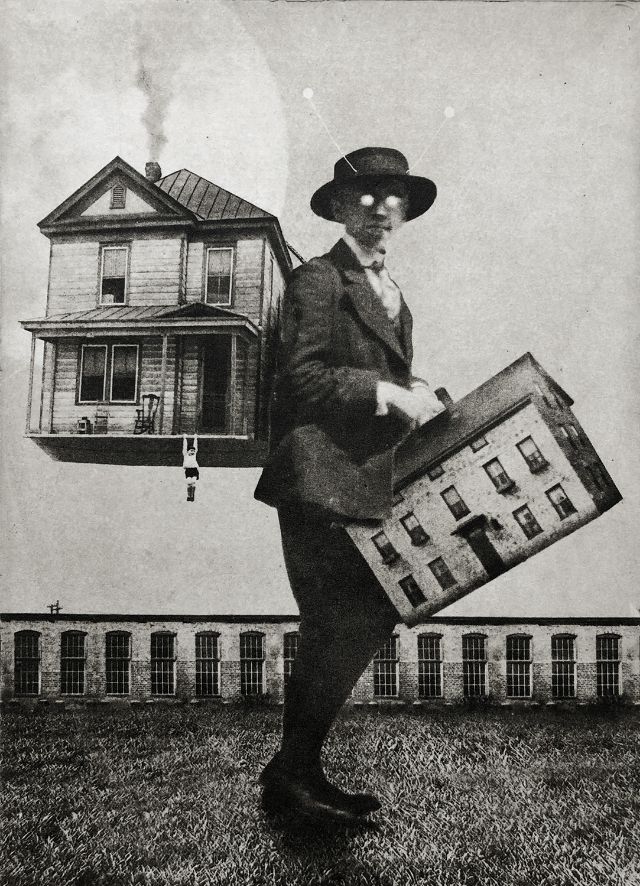 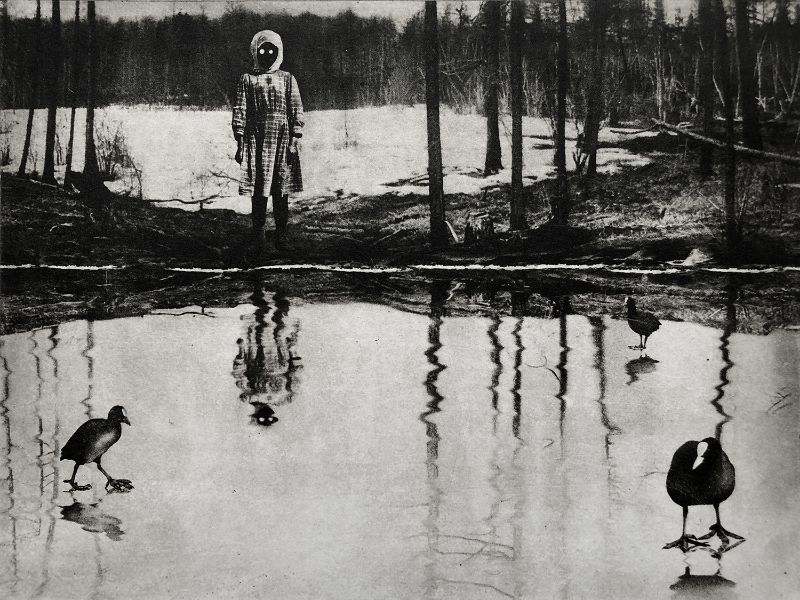 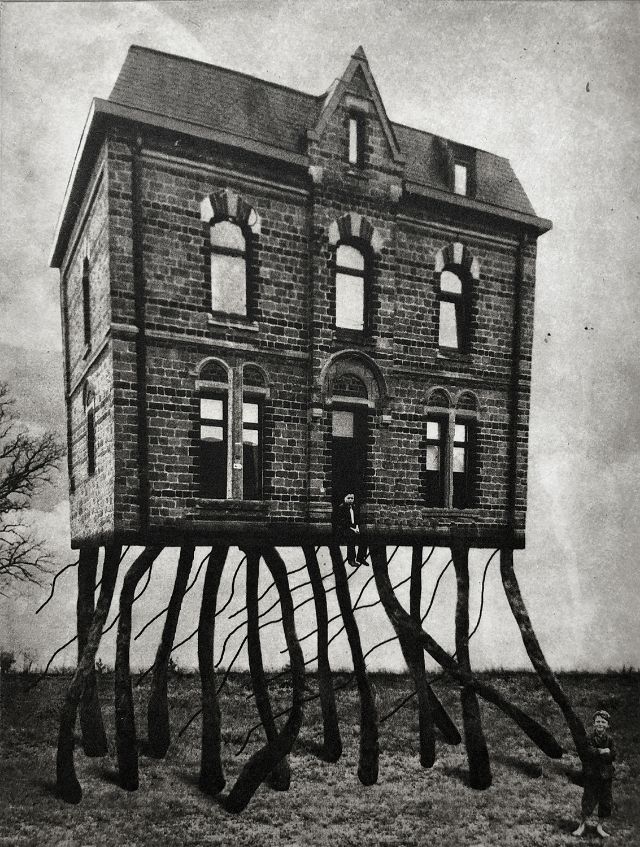 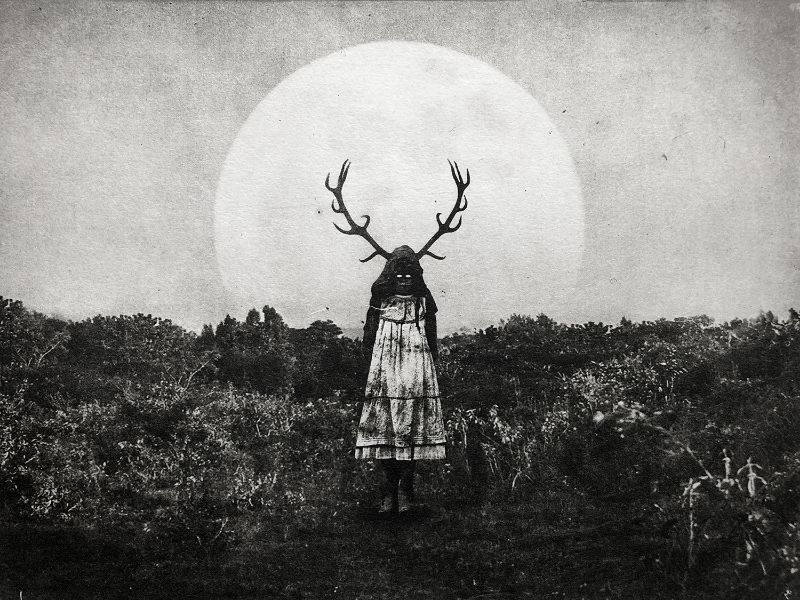 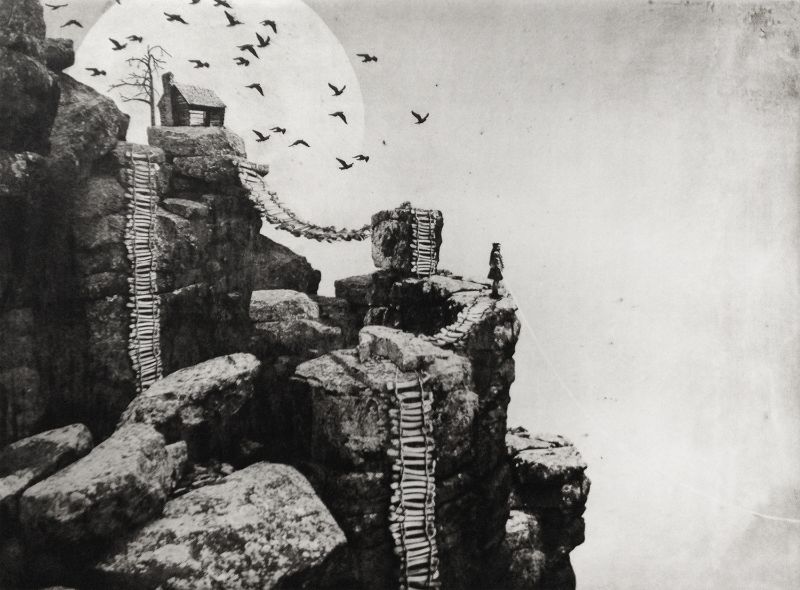 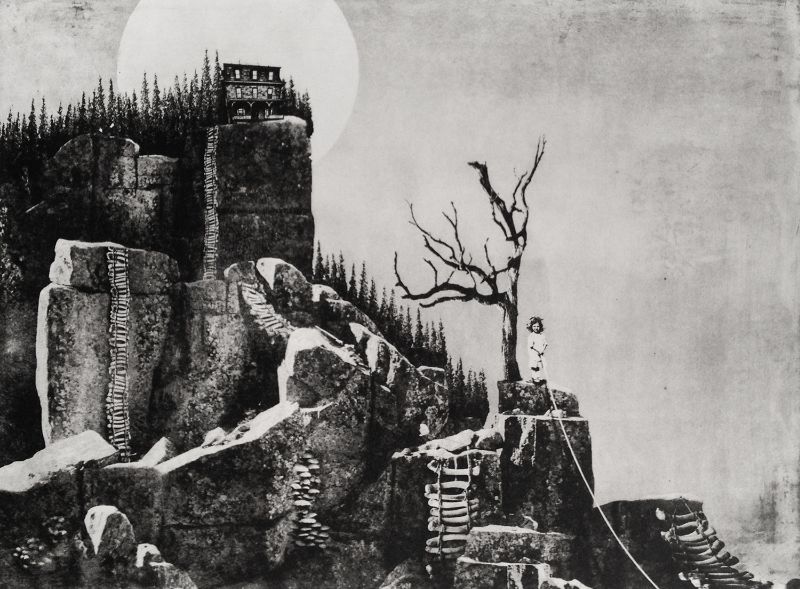 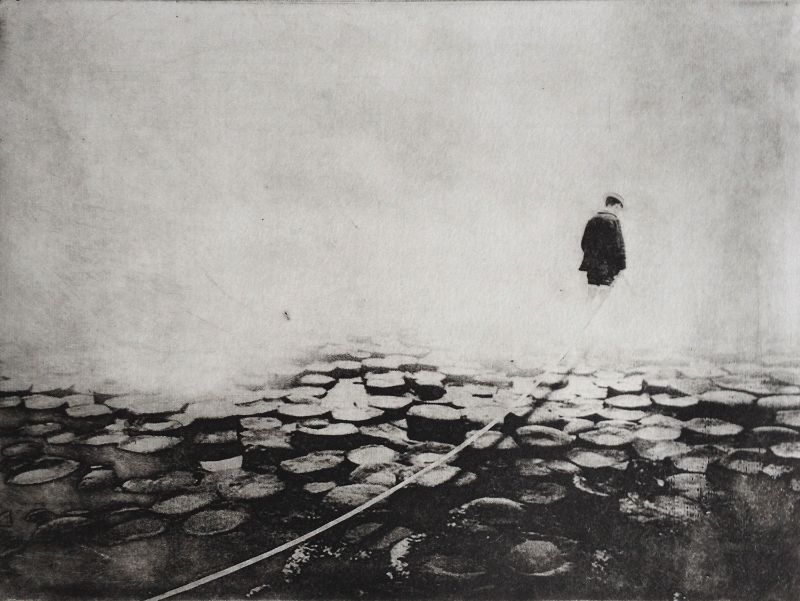 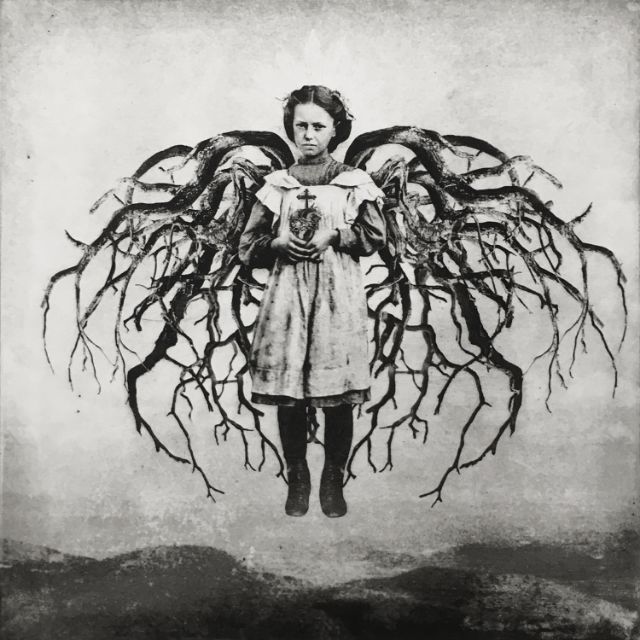 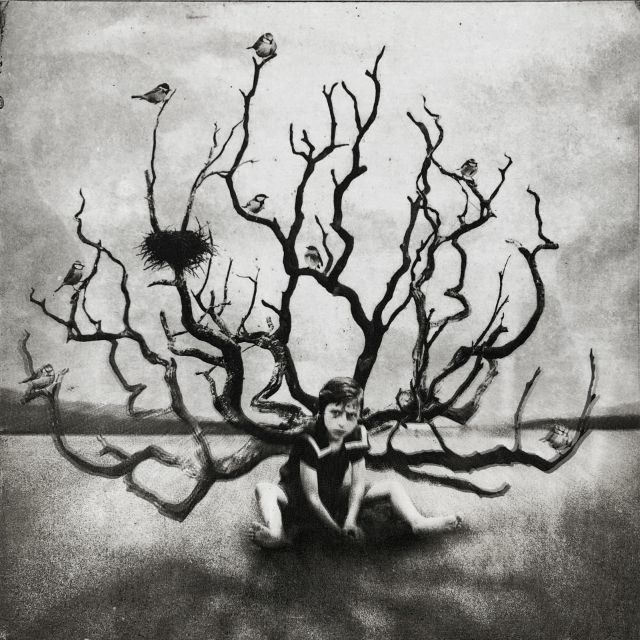 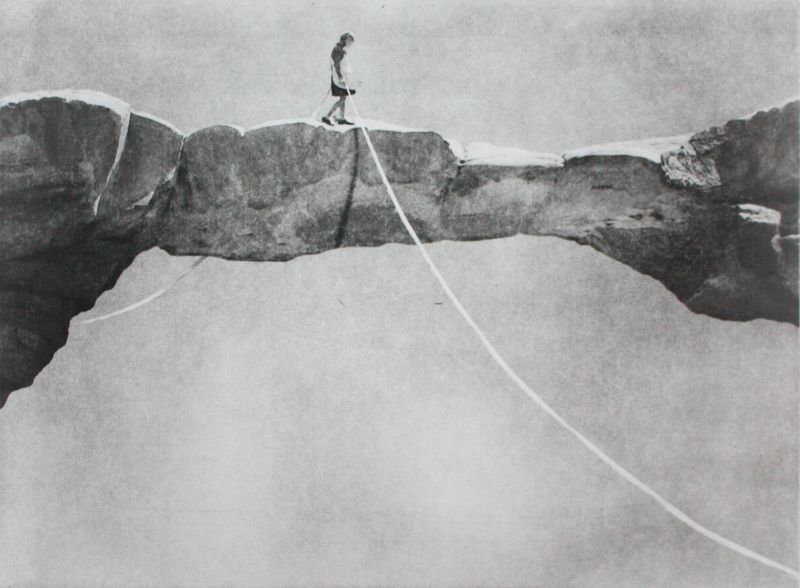 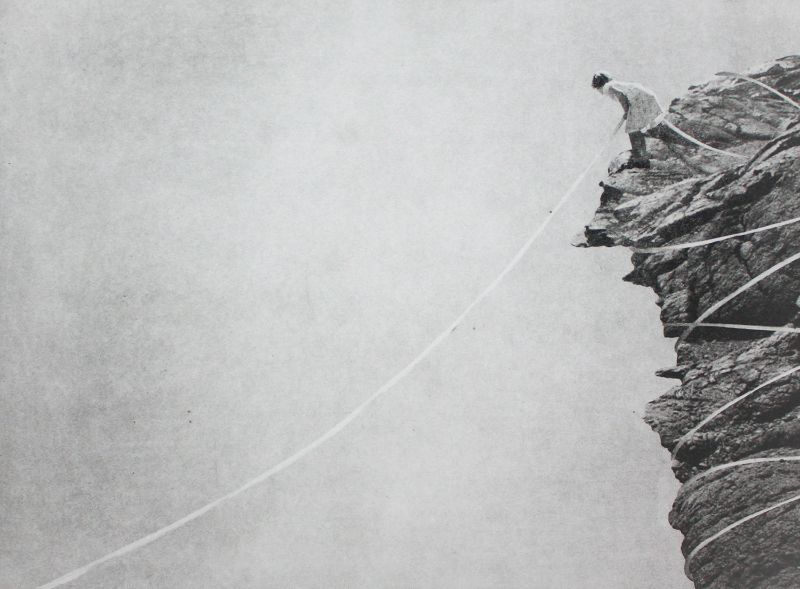 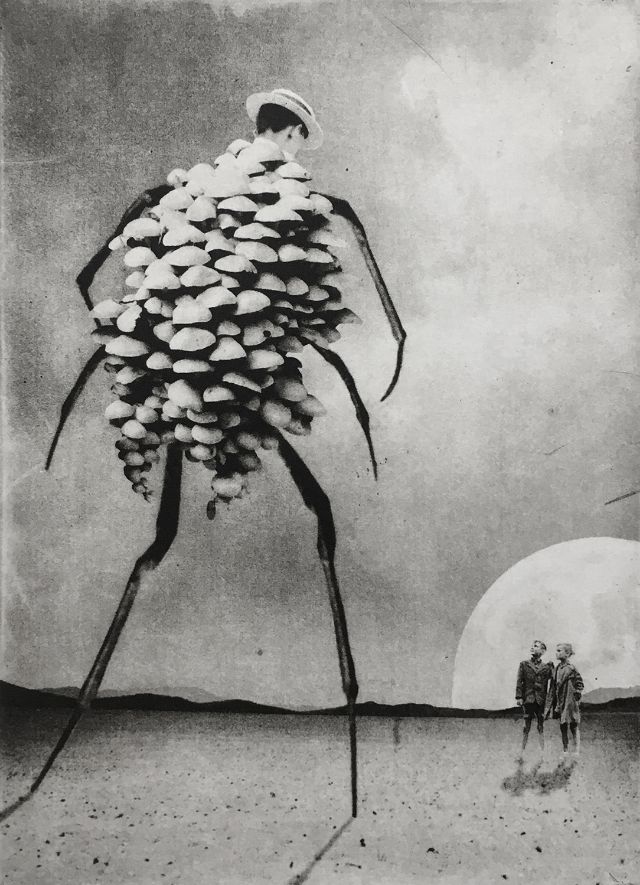 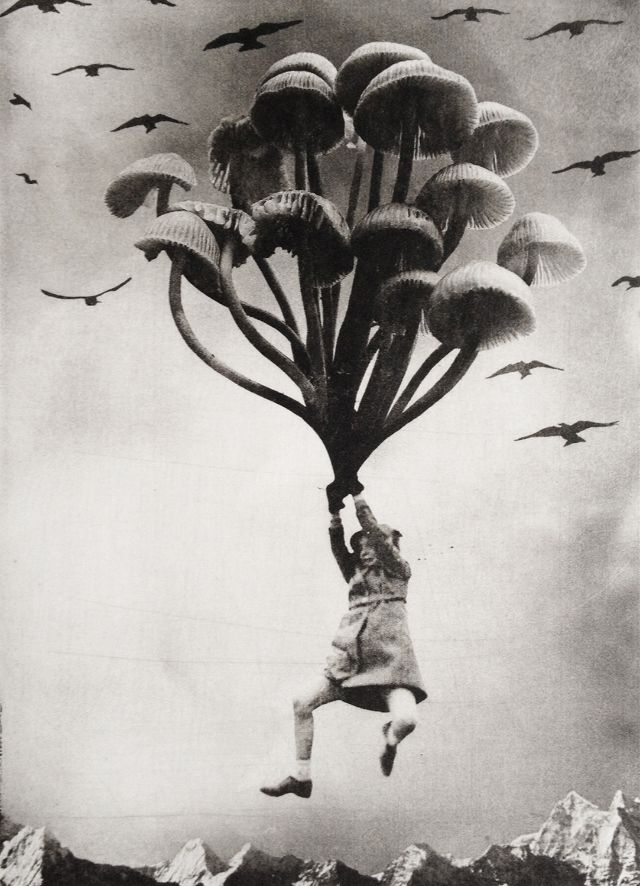 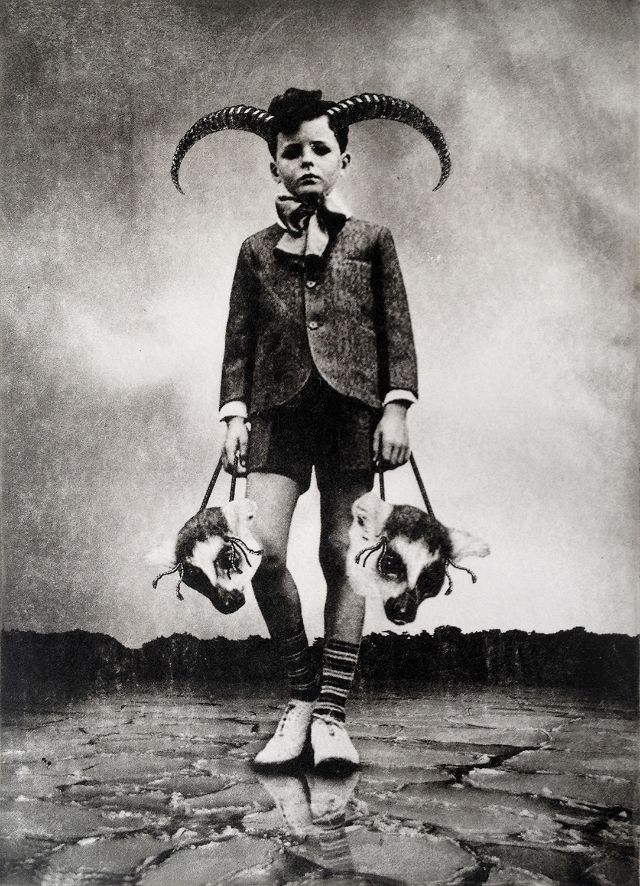 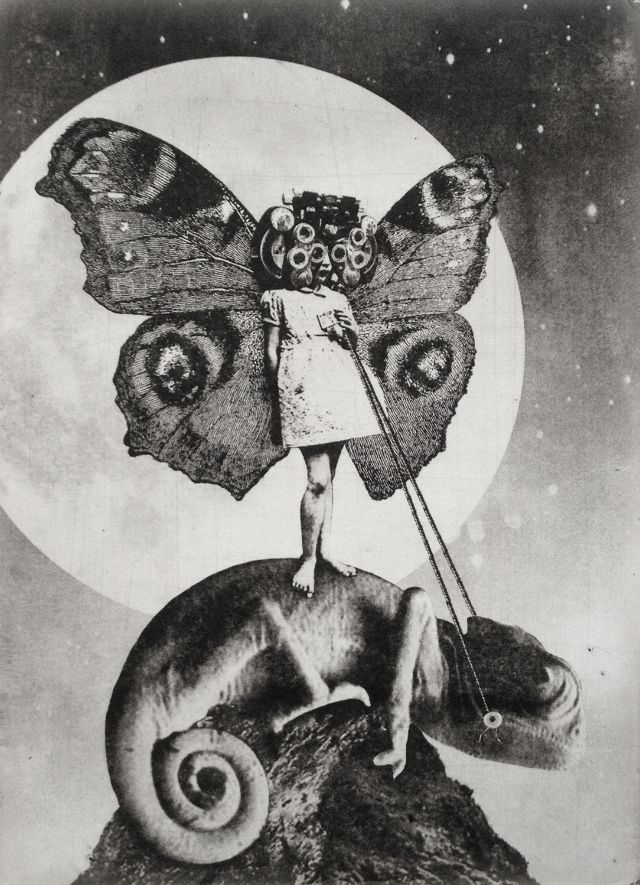 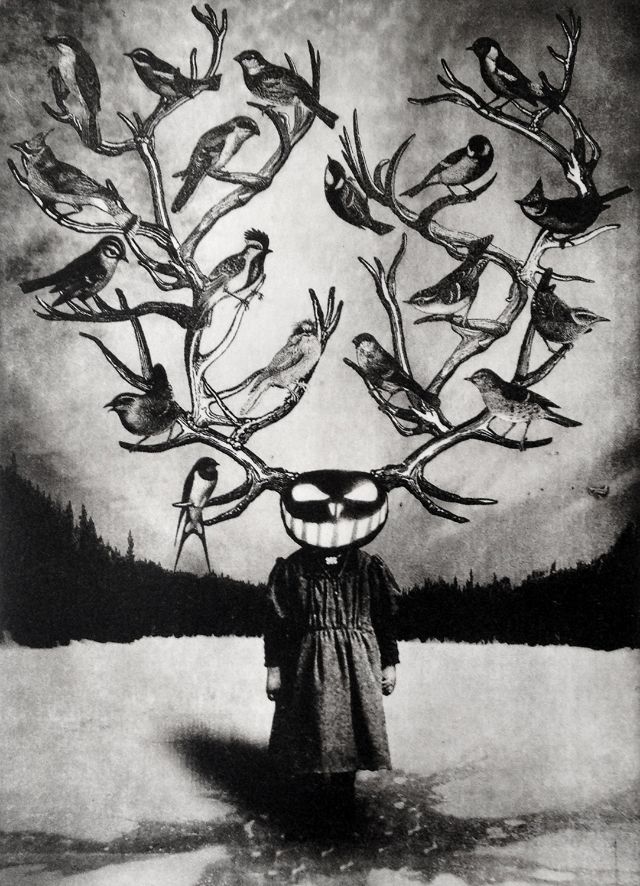 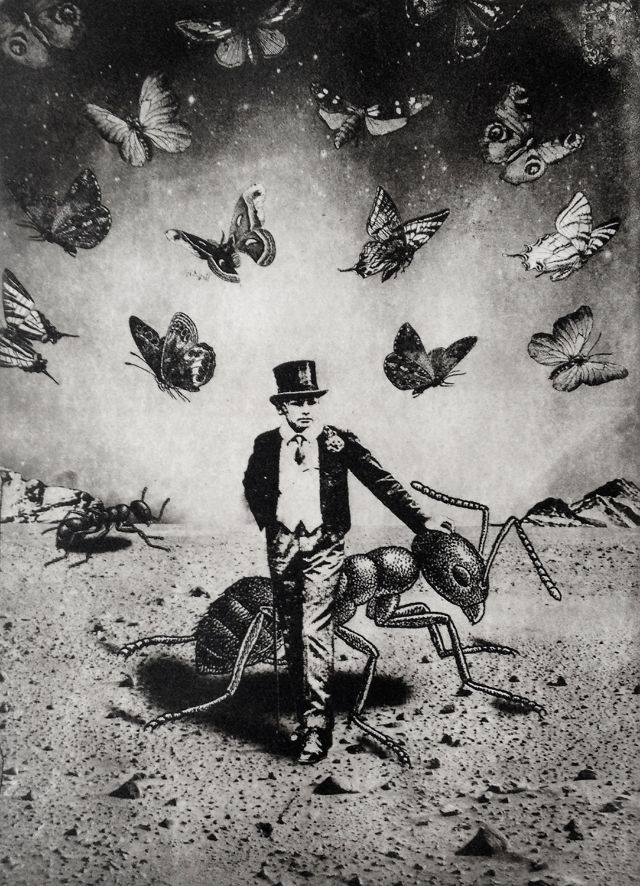 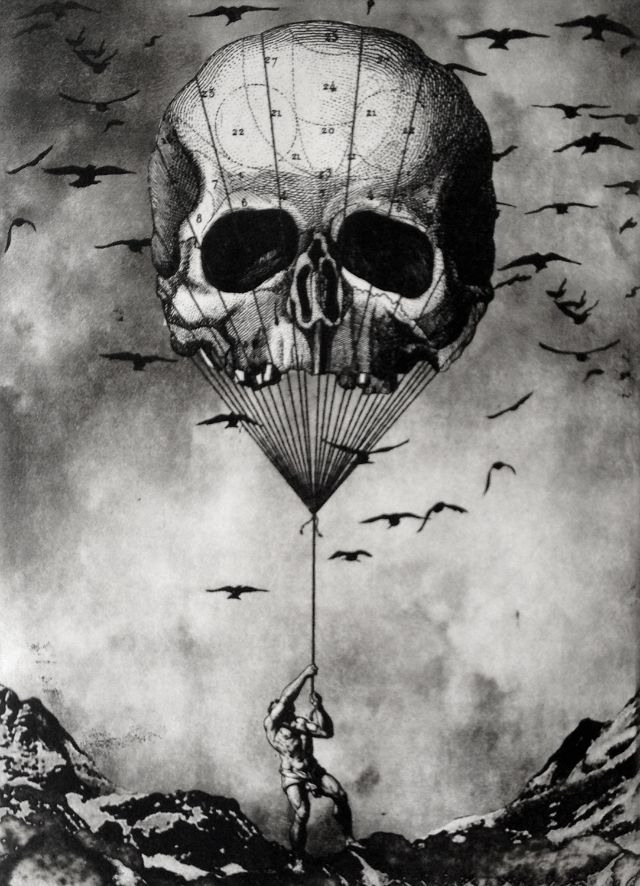 When Big Hair Roamed The Earth: The Hairstyle That Defined The 1960s
Candid Photographs Of Alain Delon Encountering Some Pigeons In Piazza San Marco, Venice, 1962
This Artist Uses Photography And Photoshop To Escape Reality
Stunning Autochrome Portraits of Women Taken by Alfonse Van Besten From the Early 20th Century
Artist “Completes” Clouds By Adding Silhouetted Shapes To Them, And The Results Are Beautiful
Artist Visualizes Freddie Mercury As The Protagonist Of Vintage Comic Book Covers
Captivating Vintage Photos of People in Encampment, Wyoming From Between the 1920s and 1930s
Rare and Fascinating Historical Photos of Pasta Production From the 1920s to 1950s
Rare Hand-Colored Photographs of Japan on The Brink of Modernity in 1870s
Beautiful Vintage Portraits of Björk in the 1980s
Child of Terror: Creepy Illustrations by Dolce Paganne
A Collection of Fabulous Potato-Themed Real Photo Postcards From the Early 20th Century
Rare Photos of A Young and Then Still-Unknown Marylin Monroe Hiking in The Woods, 1950
Before the Photoshop Era, Here Are What Manipulated Photos Looked Like in the Early 20th Century
Impressive Photos That Capture Street Scenes Of Vancouver In The Late 1970s
Wolseley-Vickers “Wheel-Cum-Track” Car, 1926
Nature's Dystopian Nature: An Artist Creates Images That Show Nature Taking Over Our Civilization
"Mirrorverse": The Superb Glitch Artworks of Adrian Cain
Amazing Photos Of 1949 Delahaye 175 S Saoutchik Roadster, Which Was Owned By English Blonde Bombshell Diana Dors
"Parallel Universes": Dreamy And Surreal Photo Works By Ibai Acevedo
The Best Photos Of The Spectacular One-Off 1965 Dodge Deora Pickup Truck
"Tales From The Woods": Beauty And Surreal Fine Art Portraits By Grace Almera
At Home With The Rolling Stones: Surprising, Charismatic, Scandalous, Intense And Reckless, Here Are The Early Stones As Never Seen Before
Beautiful Vintage Color Photos of Holidaymakers at Southend-on-Sea in 1953
Jaco Putker, retro, surreal

Wonderful Photos Of The Sinister 1960 Cadillac Eldorado Cars
The Instagram Account Documenting The Best Food Scenes In Cult Films
"Back To The Future Past": The Superb Digital Art Collages of Dario Darius
Stunning Vintage Photographs of San Francisco’s Sky Tram, 1955-1961
Diathermy in Beauty Culture From From the 1930s
As The Standard Of The World Turns: Lovely Photos Of 1965 Cadillac Coupe DeVille
The Absurd West, the Strange East: The Grotesque Paintings of Lui Liu
Rock ’N’ Roll On Wheels: 30 Photos Of The Coolest Customized Vans Of The 1970s
Stoned Mutants in Grotesque and Surreal Paintings by Fabrizio Riccardi
"Fuel For The Soul": Outstanding Nostalgic Motorcycle Paintings Of David Uhl
2007 ‒ 2022 by Design You Trust. Proudly hosted by WebHostingBuzz.
Privacy Policy · Terms of Service · Content Removal Policy ❤️ 🇺🇦