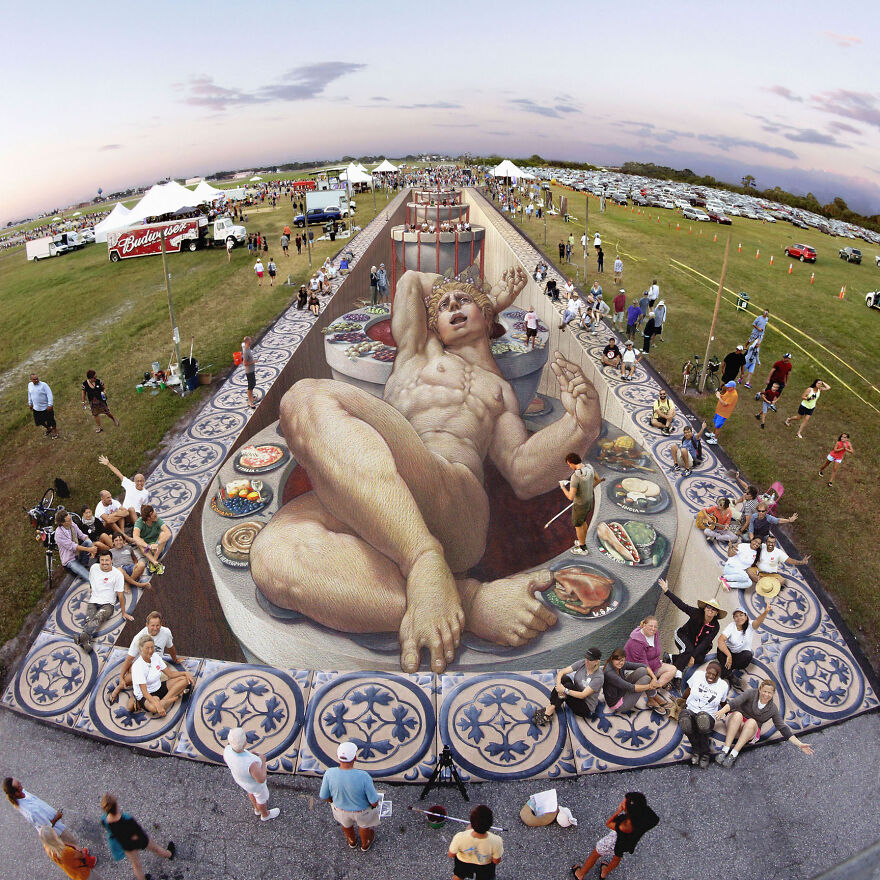 Kurt Wenner’s 3D pavement artwork is a true testament to the power of imagination and creativity. His use of anamorphosis, a projection technique, allows him to create realistic street paintings and chalk murals that trick the mind into believing they are three-dimensional. 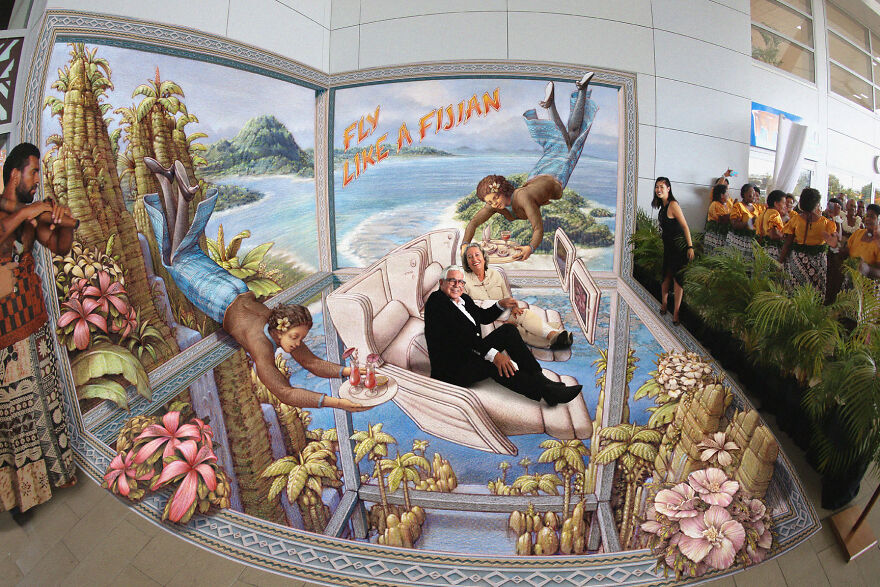 Born in Ann Arbor, Michigan, Wenner has made a name for himself not only in the art world but also in the entertainment industry, having worked with companies such as Disney, Warner, Microsoft, and Universal Studios. He even had the opportunity to illustrate for NASA, creating conceptual paintings of future space projects and extraterrestrial landscapes. 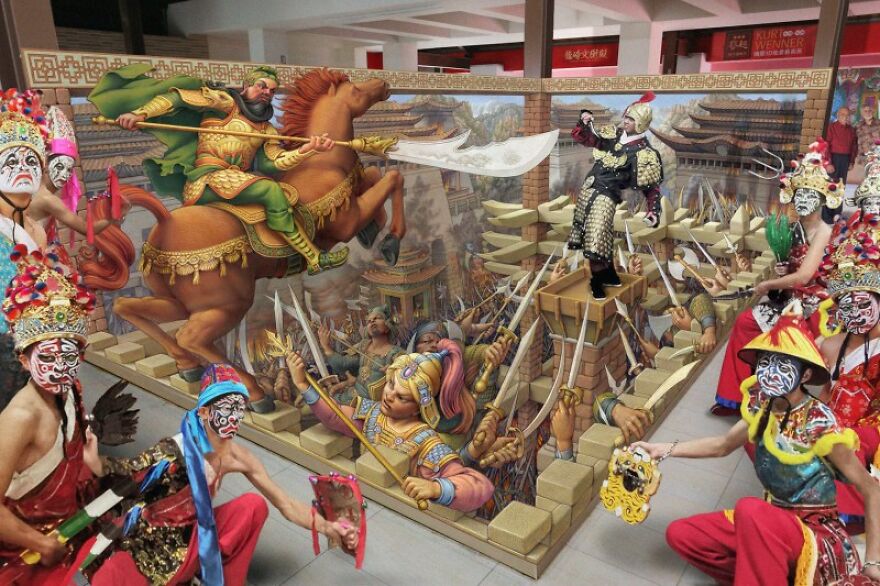 But it was his passion for classical art that ultimately led him to leave NASA and move to Italy. It is there where he has continued to hone his craft and push the boundaries of what is possible with pavement art. His work has been recognized globally, earning him a Kennedy Center Medallion for his outstanding contribution to arts education. 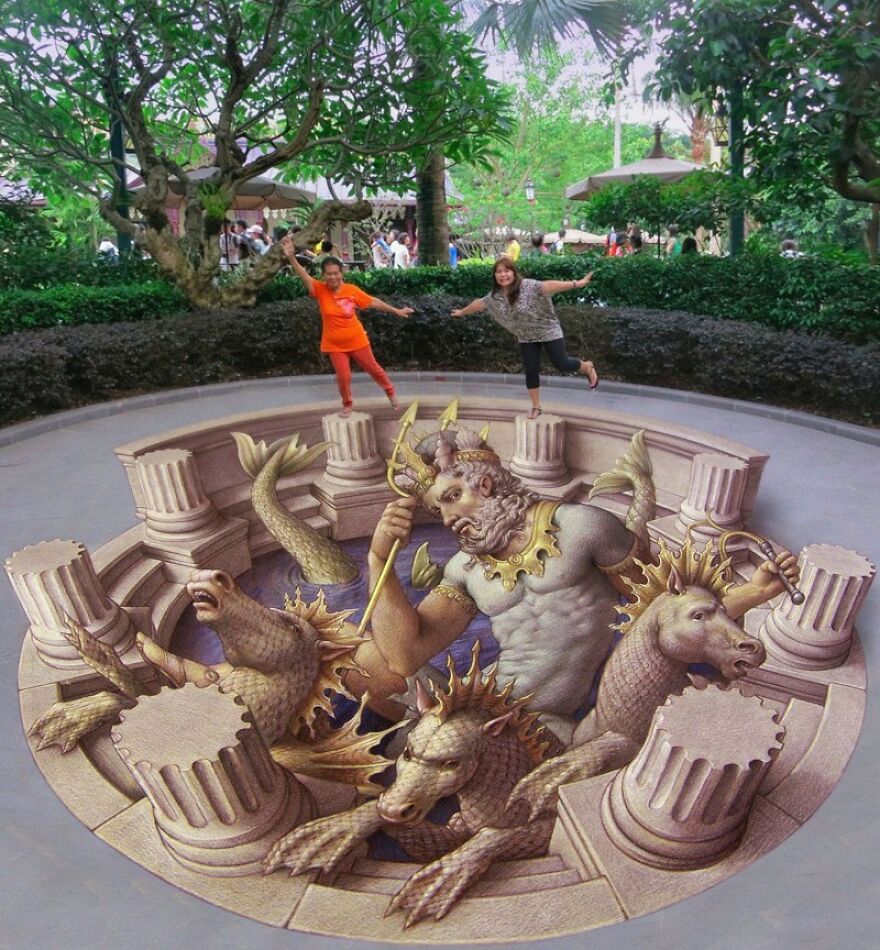 If you’re looking for a truly unique and mind-bending art experience, look no further than Kurt Wenner’s 3D illusion artworks. They are sure to transport you to a magical and surreal place, and leave you in awe of the boundless power of the human imagination. 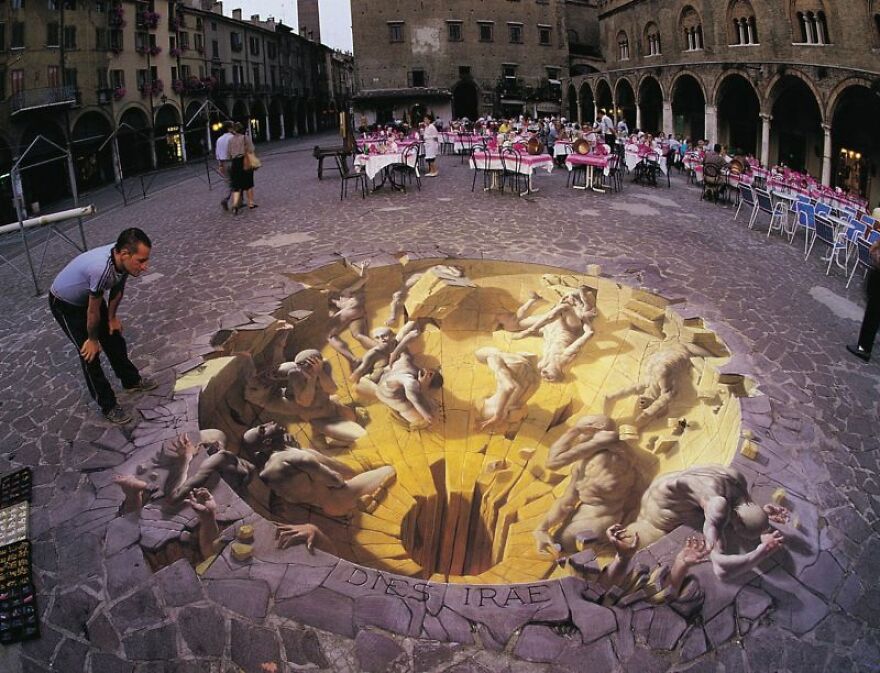 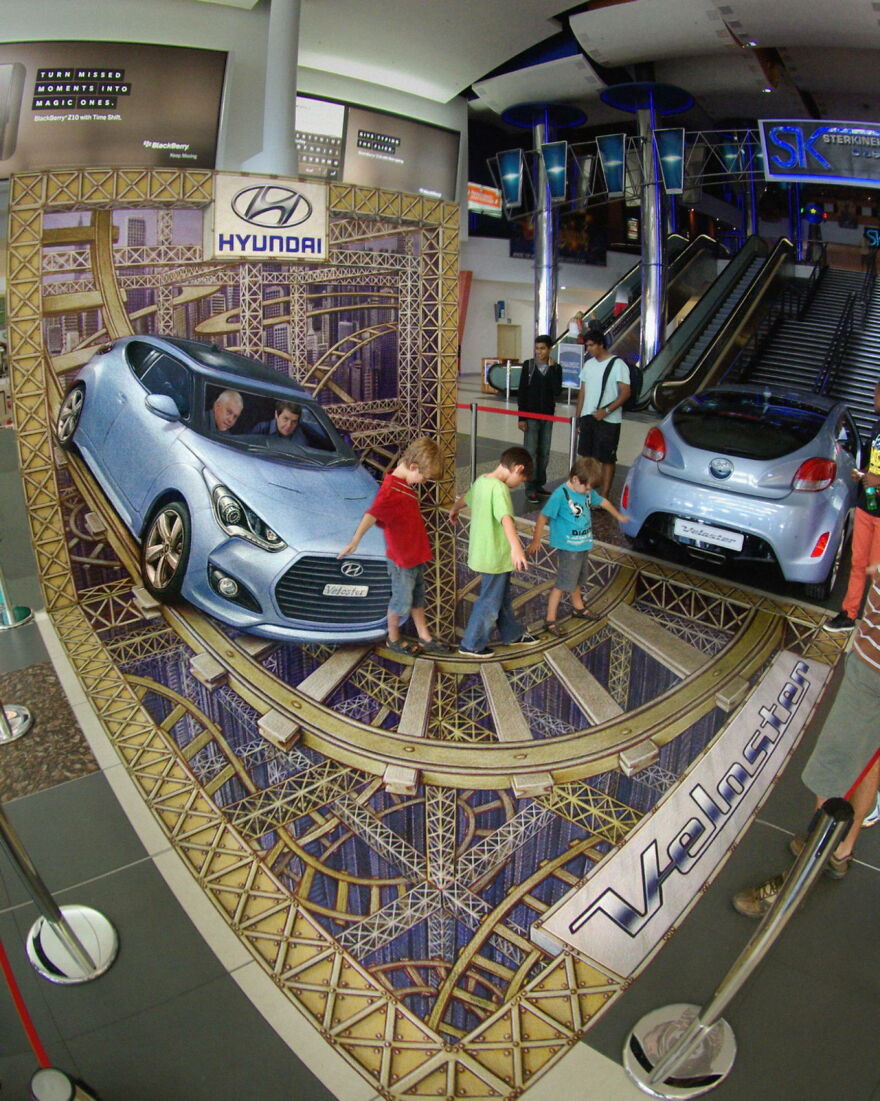 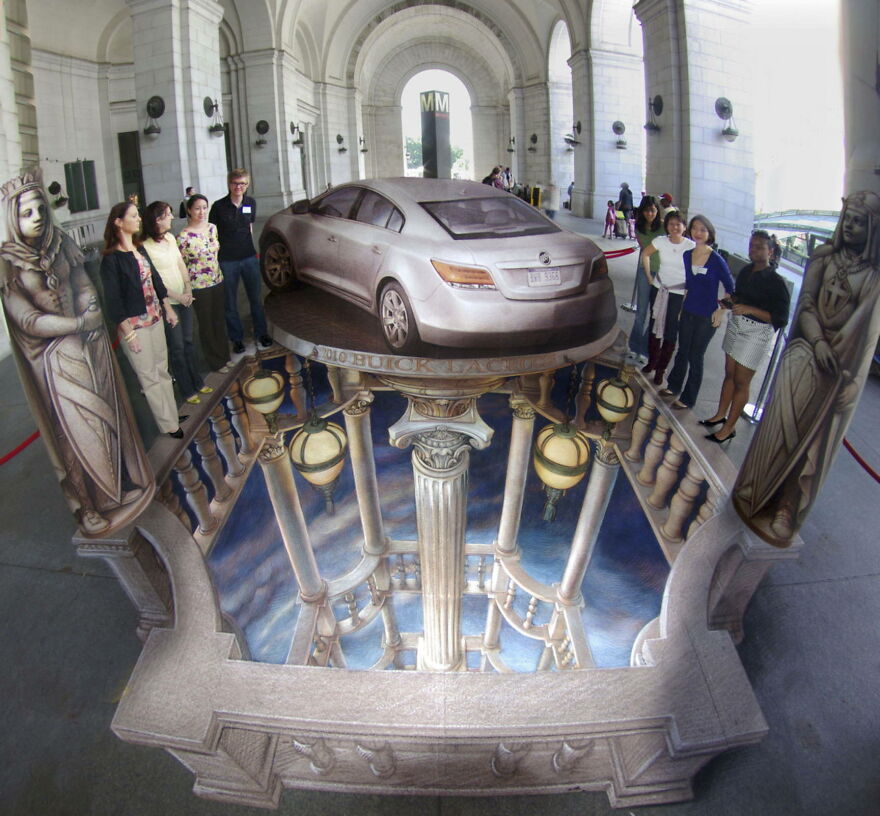 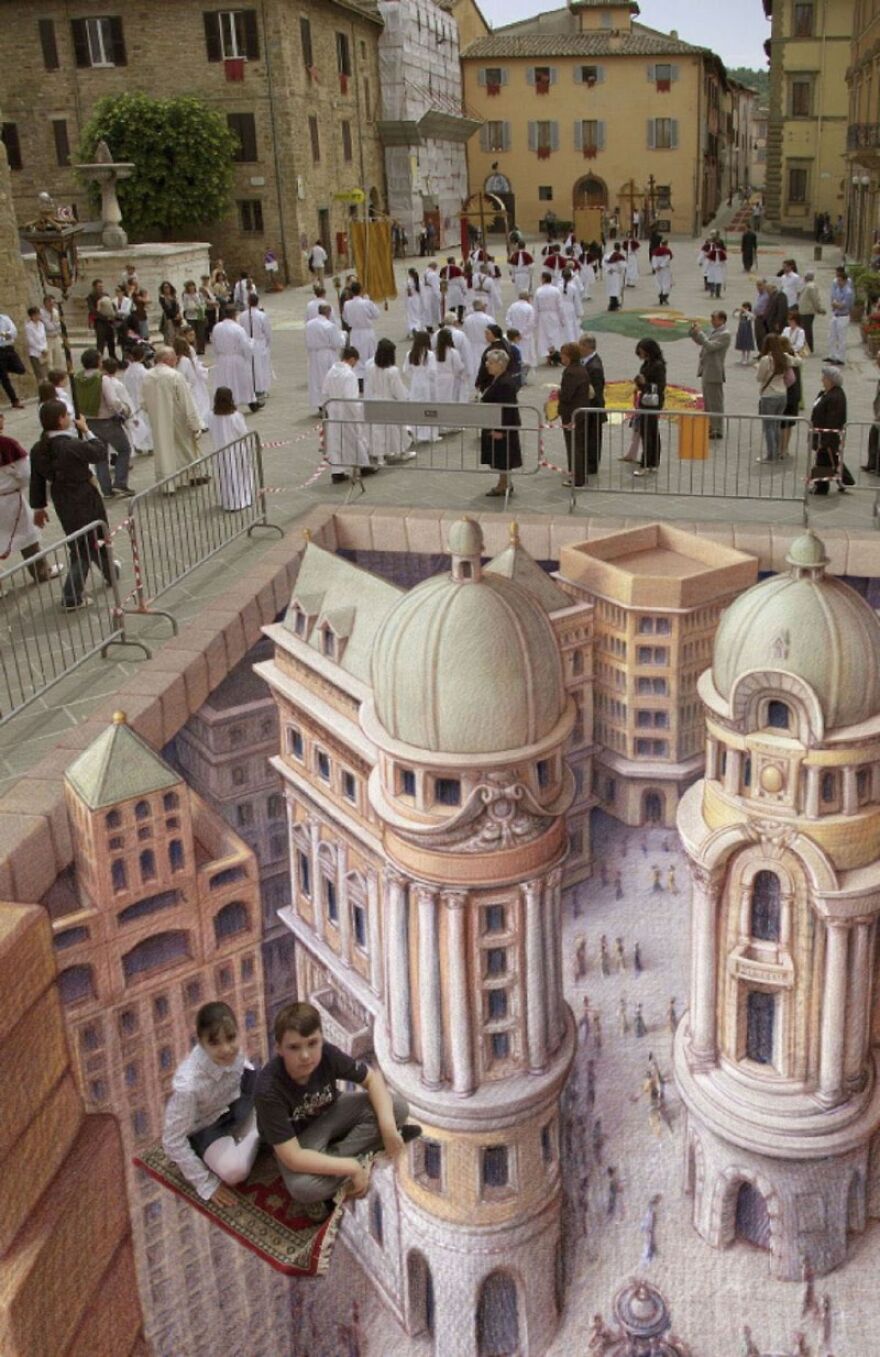 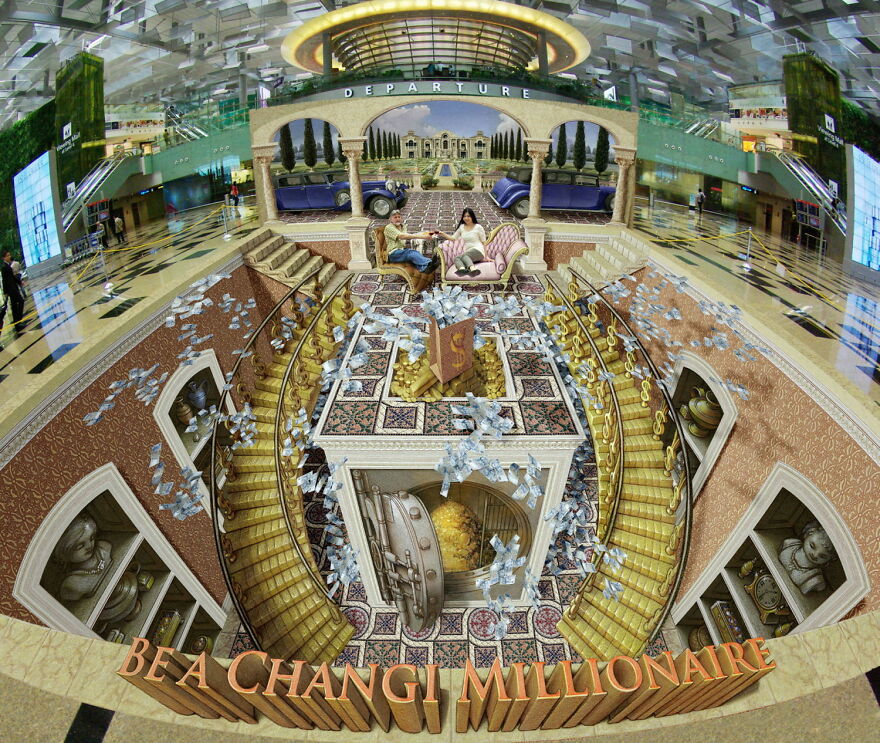 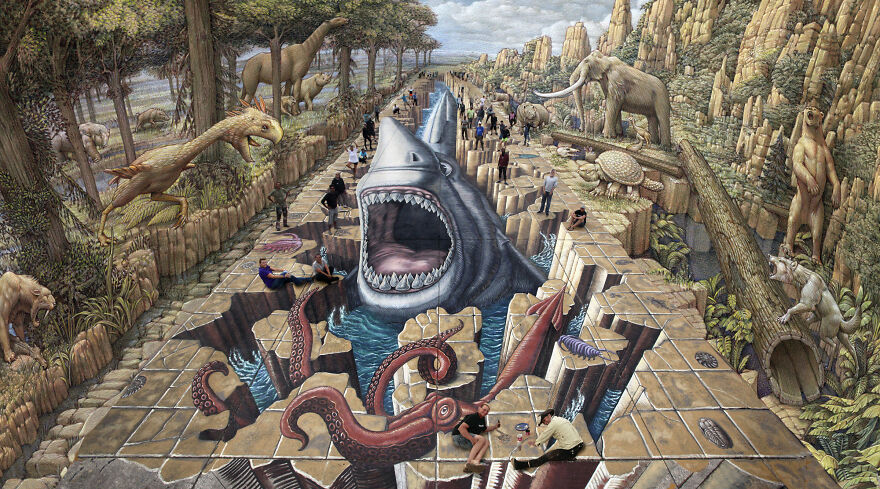