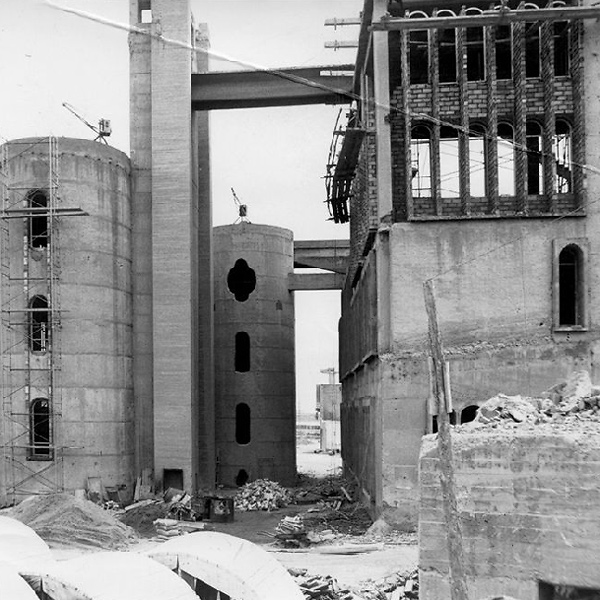 In 1973 Ricardo Bofill, famous Spanish architector, discovered a cement factory, part of an industrial complex from the turn of the century, comprising over 30 silos, underground galleries and huge engine rooms. He decided to transform it into his head office. 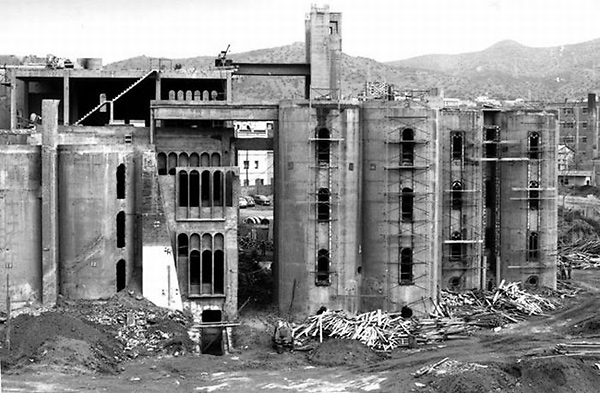 Remodelling work lasted two years. The factory, abandoned and partially in ruins, was a compendium of surrealist elements—stairs that climbed up to nowhere, mighty reinforced concrete structures that sustained nothing, pieces of iron hanging in the air; in short, huge empty spaces filled nonetheless with magic. 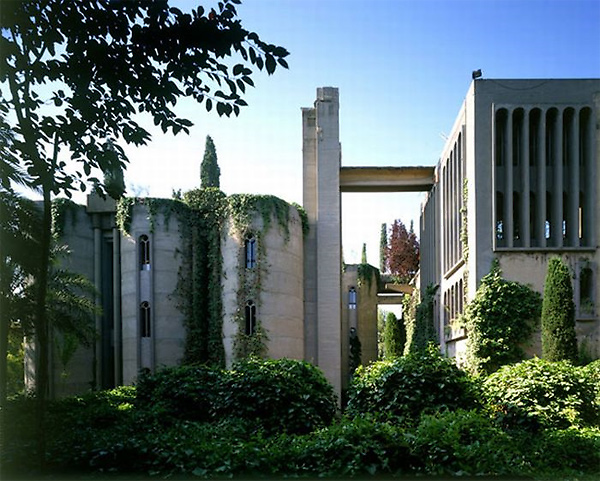 The transformation process began with the demolition of part of the old structure, laying previously concealed forms bare, as if the concrete had been sculpted. 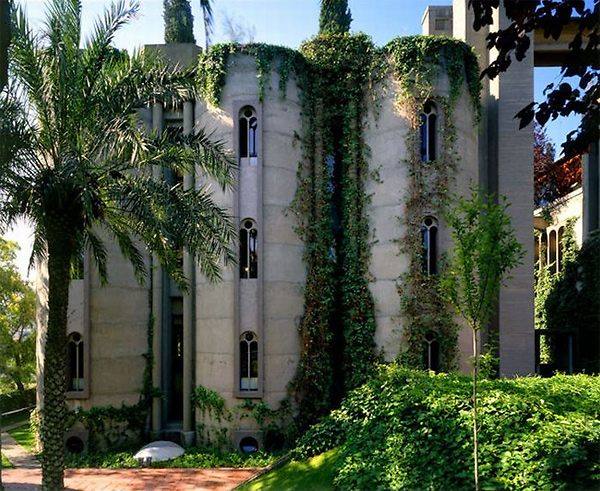 Once the spaces had been defined, cleaned of cement and enhanced with surrounding, newly-planted greenery, the process began of adaptating the site to the new programme. 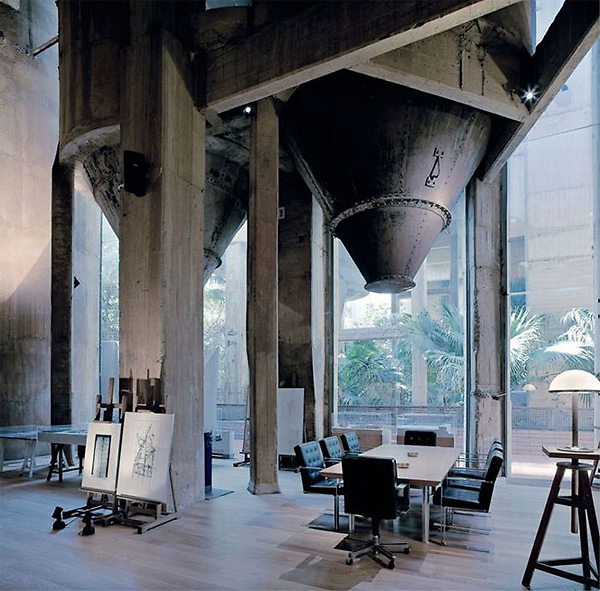 Eight silos were left standing, and turned into offices, a modelling laboratory, archives, a library, a projection room and a huge space known as ‘The Cathedral’, the venue for subsequent exhibitions, lectures, concerts and a whole range of cultural activities linked to the architect’s professional life.

The complex stands in the midst of gardens of eucalyptus, palms, olive trees and cypresses. It also features Ricardo Bofill’s house and guest rooms. 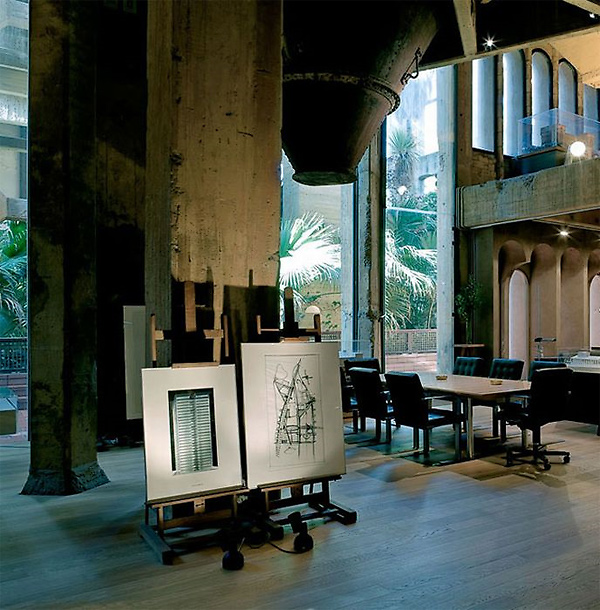 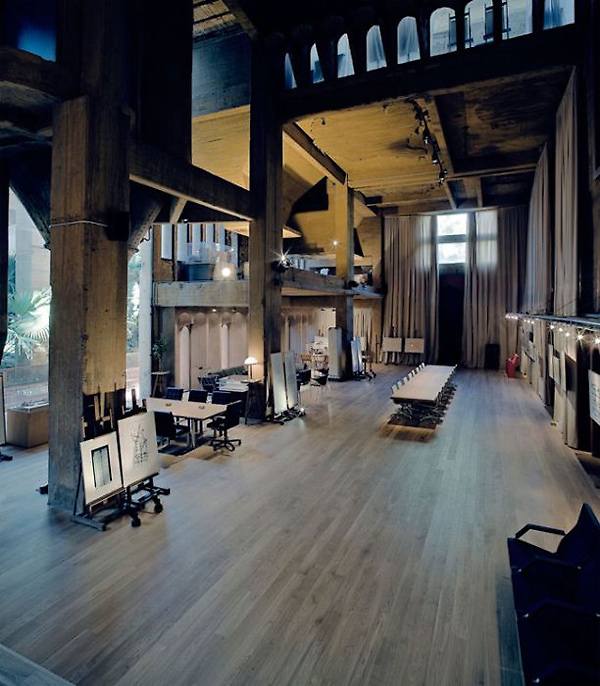 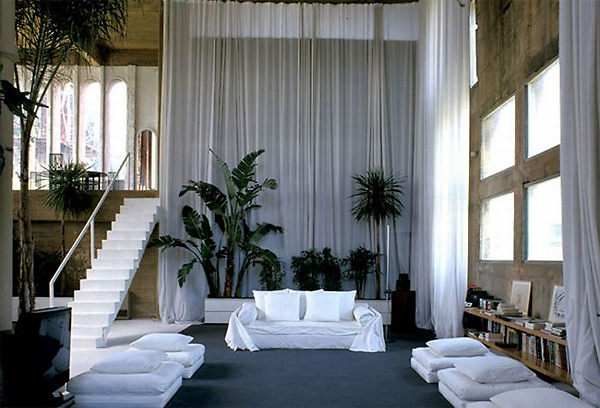 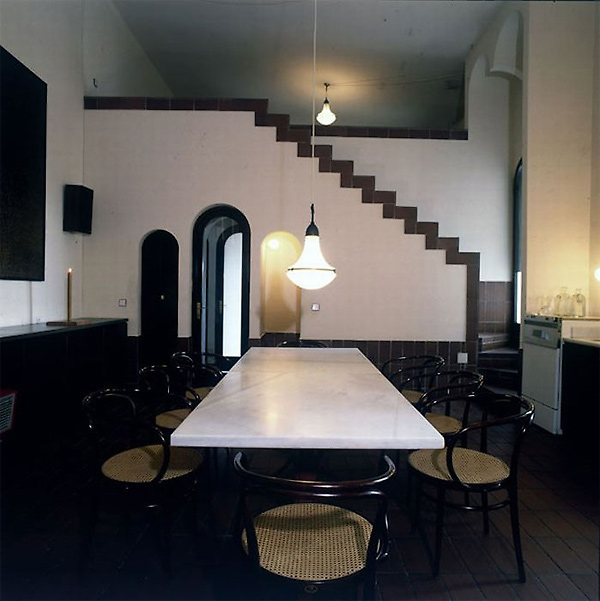 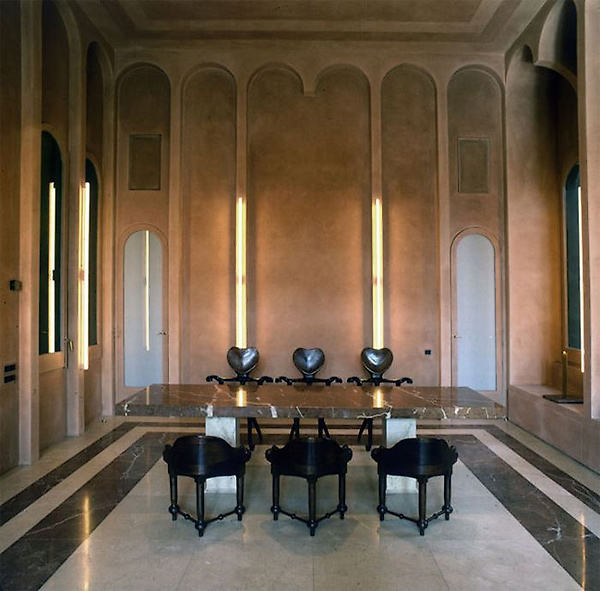 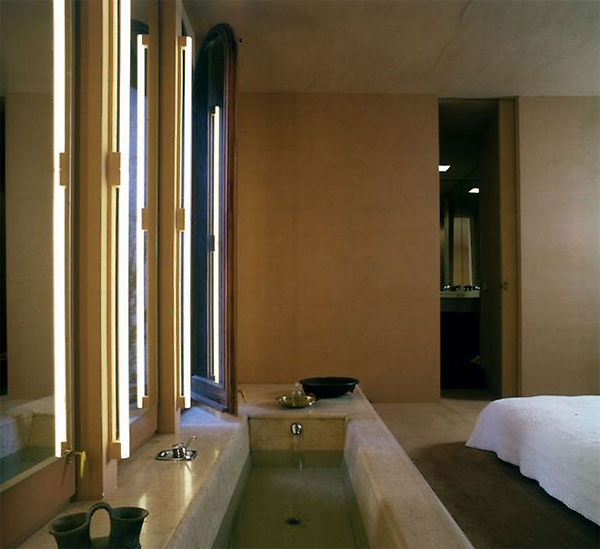 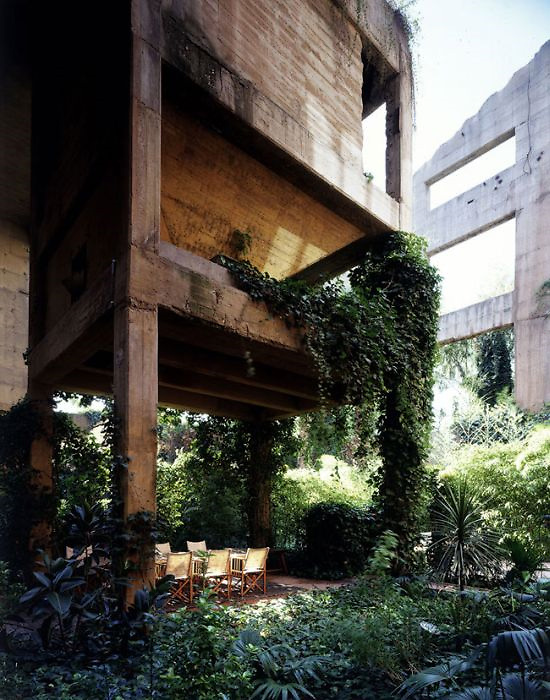 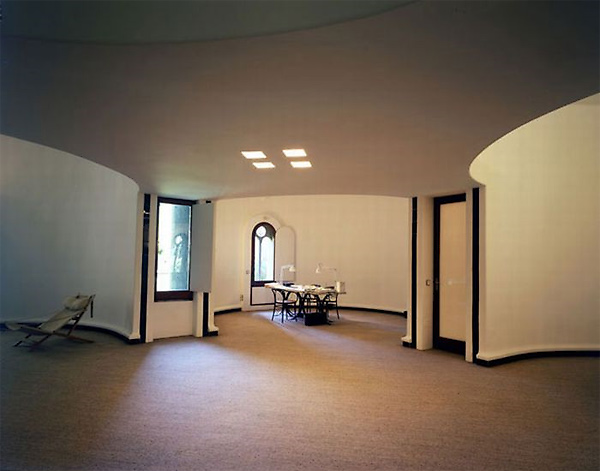 Awesome Architectural Projects by Arthour Koupreychouk
Invisible Barn Is A Mirror-Clad Folly Camouflaged Among The Trees Of A California Forest
Las Pozas: The Surrealistic Wonderland Hidden in the Middle Of The Jungle
That’s The Kind Of House You Don’t Get To See Everyday
The Beautiful Buenos Aires Bookstore Inside A 100-Year-Old Theatre
Cyril Porchet Photographs Ornate Baroque Churches Around The World
Breathtaking Aerial Shots Of Barcelona, Revealing The City's Symmetry
The Magnificent Interior Of The George Peabody Library In Baltimore
Incredible Looking Home Made Entirely From Shipping Containers
Japan's Terrifying Road Is Enough To Give The Most Confident Driver Nightmares
Singing Ringing Tree
The 'Smallest House in Italy' Is Architecturally Stunning
The Image of an Orthodox Church in a Modern Architectural Solution
A 1960 Era Atlas E Missile Site that Has Been Converted Into a Self-Sufficient Home
Stunning Images Of The Seven Wonders Of The Ancient World Restored In Their Prime
Grave Interruption: Building Around a Tomb in China
Presence in Hormuz 2: A Multitude of Small-Scale Domes Built with The Superadobe Technique by ZAV Architects
Amazing Photographs Documented Victorian Houses Moving In San Francisco In The 1970s
HUS-1 – The Ultra Tiny House Of Your Dreams
Microsoft Headquarters in Vienna, Austria
This Transparent Bubble Tent Lets You Sleep Underneath The Stars
Inventor Creates A $1500 Dome-Shaped Mobile Dream Home On Wheels
Camera Pointed Upwards Captures The Mesmerizing Ceilings Of Iran's Ornate Architecture
Barcelona Floors: Photographer Inspires Us To Look Down And Discover City’s Culture
arquitectura, barcelona, bofill, ricardo, taller

"Misconceivable"
This House Don't Look Like Anything Special, But When You Go Inside...
Man Cave With a View
The Whale: A New Touristic Attraction In Norway, That Will Tell The Stories Of The Majestic Sea Creature Through Art, Science, And Architecture
This Feline-shaped Kindergarten Is The Cat’s Meow
Ancient Wooden Churches Of Karelia Land
The Colossal Beauty Of Portland Bridges Captured By David McLaughlin
Presence in Hormuz 2: A Multitude of Small-Scale Domes Built with The Superadobe Technique by ZAV Architects
LEGO Architecture Studio
Large Scale Surreal Architectural Collages By Anastasia Savinova
2007 ‒ 2023 by Design You Trust. Proudly hosted by WebHostingBuzz.
Privacy Policy · Terms of Service · Content Removal Policy ❤️ 🇺🇦