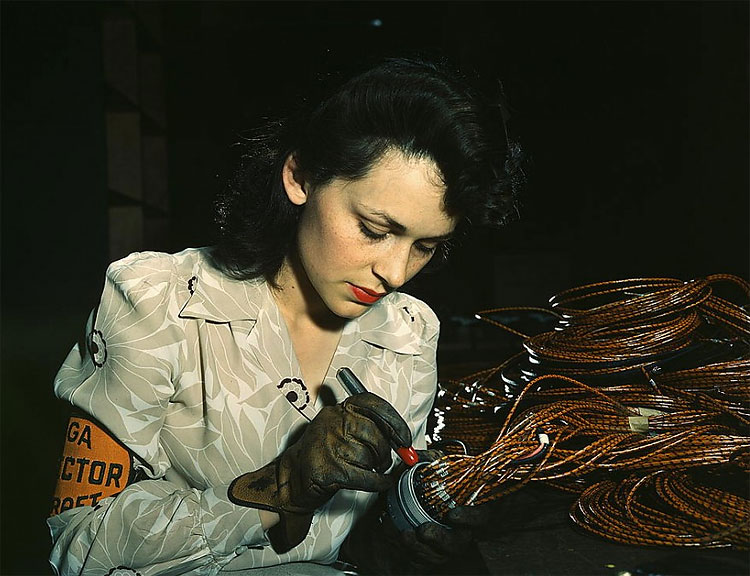 These vivid color photos from the Great Depression and World War II capture an era generally seen only in black-and-white. Photographers working for the United States Farm Security Administration (FSA) and later the Office of War Information (OWI) created the images between 1939 and 1944.

The FSA/OWI pictures depict life in the United States, including Puerto Rico and the Virgin Islands, with a focus on rural areas and farm labor, as well as aspects of World War II mobilization, including factories, railroads, aviation training, and women working.

The original images are color transparencies ranging in size from 35 mm. to 4×5 inches. They complement the better-known black-and-white FSA/OWI photographs, made during the same period. (Source: US Library of Congress) 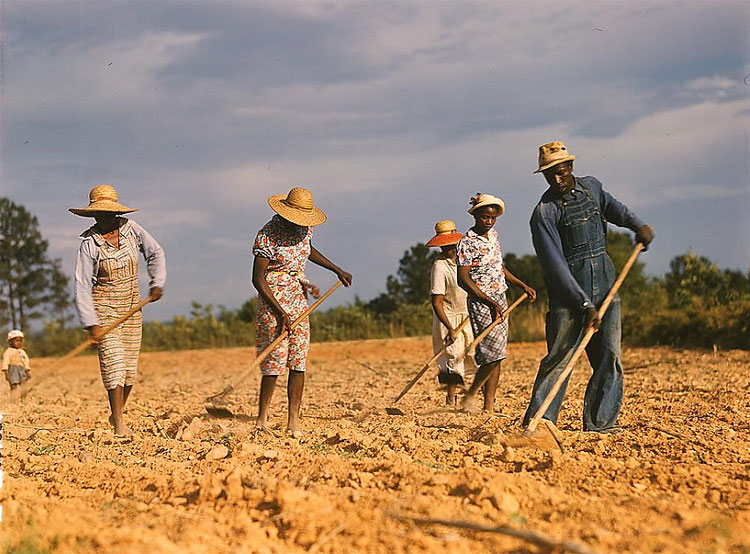 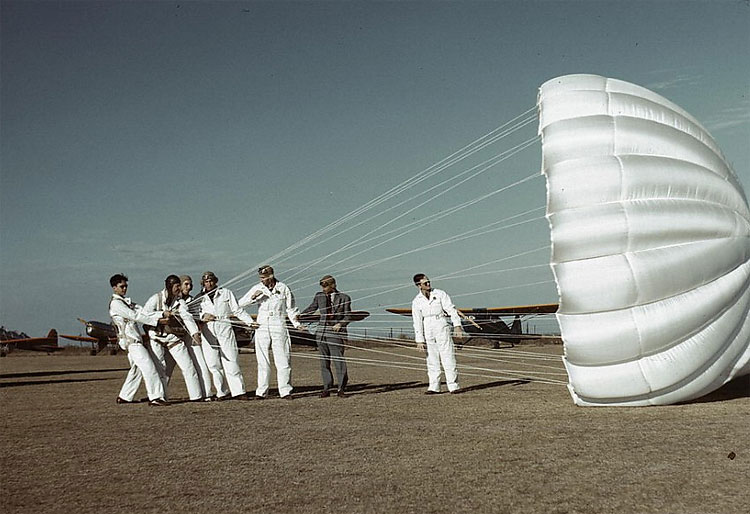 Instructor explaining the operation of a parachute to student pilots, Meacham field, Fort Worth, Tex. 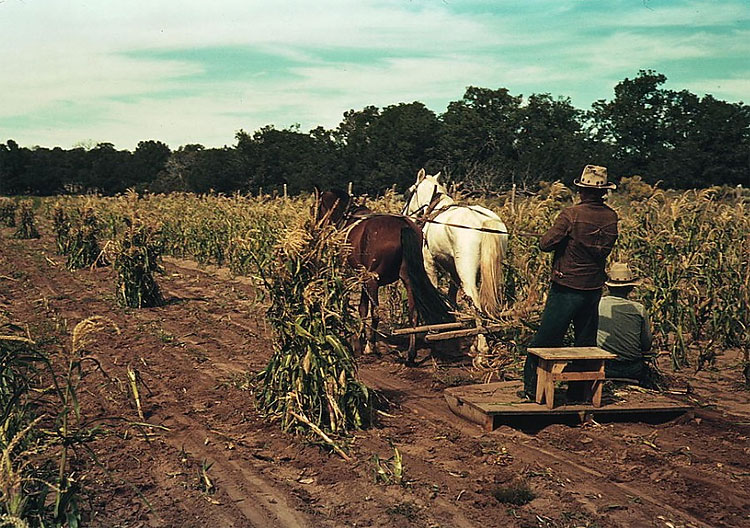 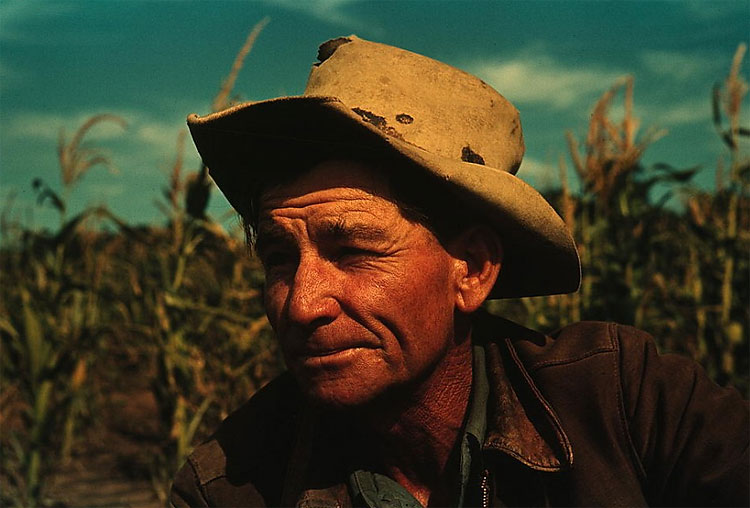 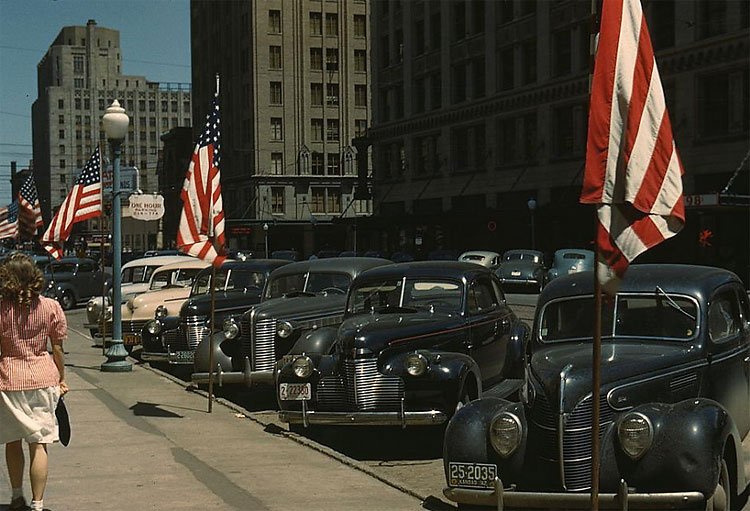 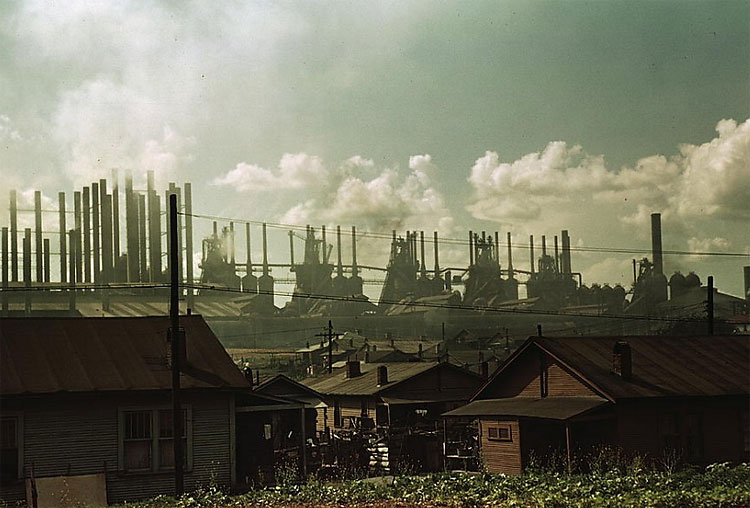 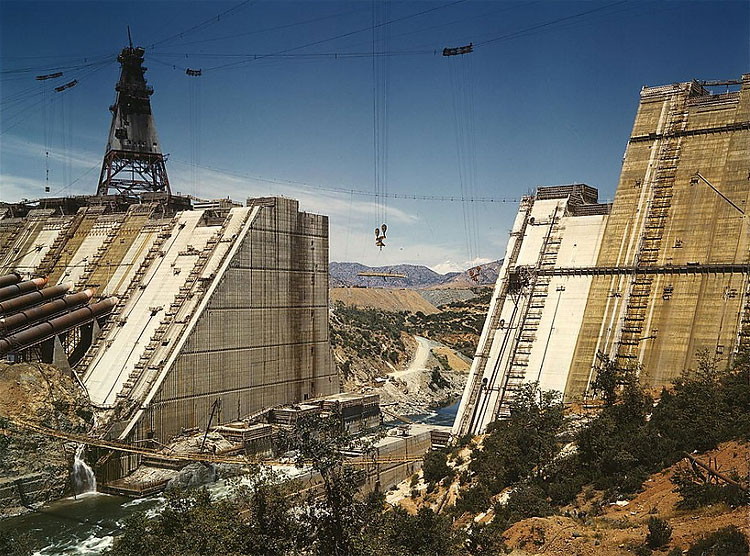 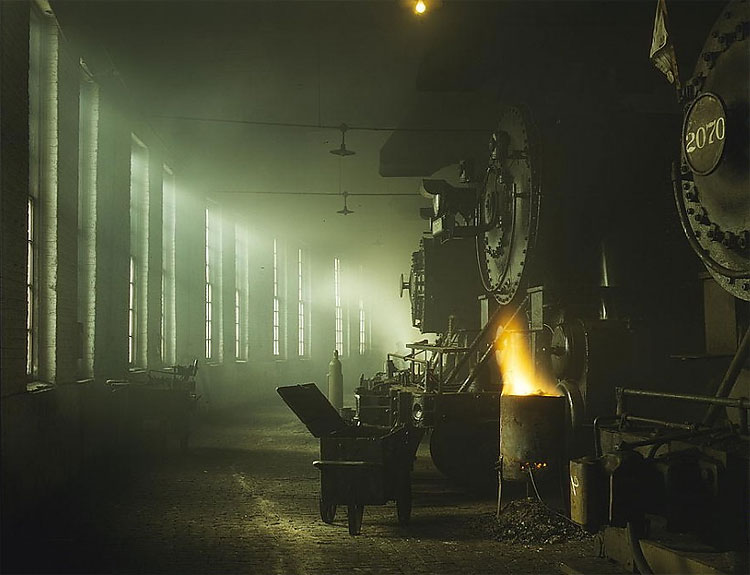 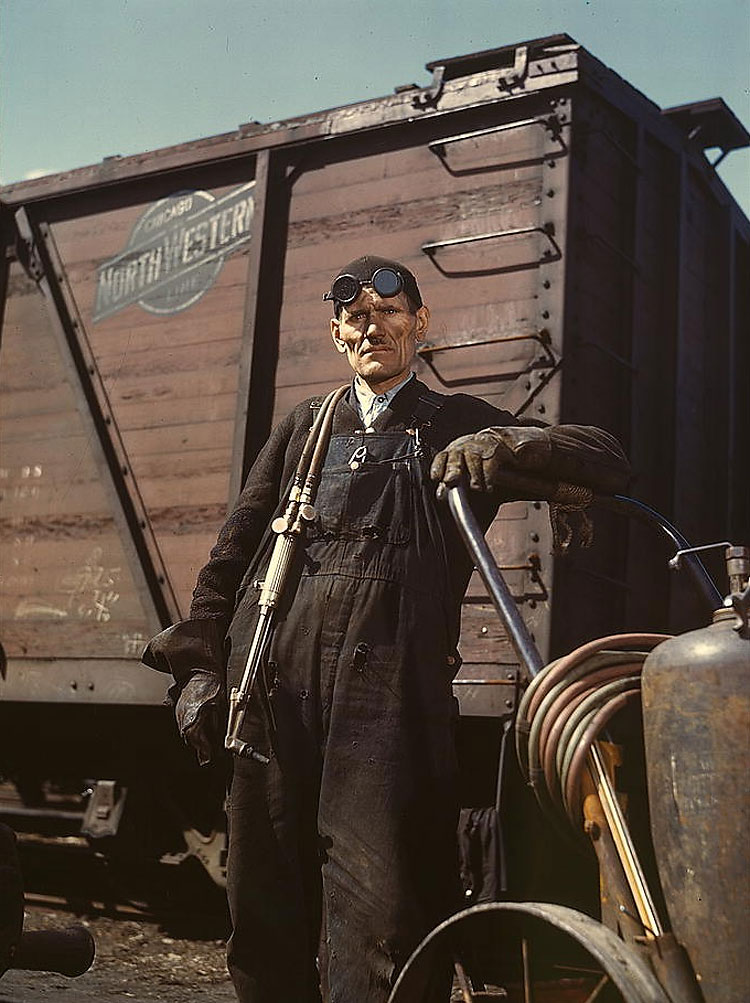 Mike Evans, a welder, at the rip tracks at Proviso yard of the C & NW RR, Chicago, Ill. 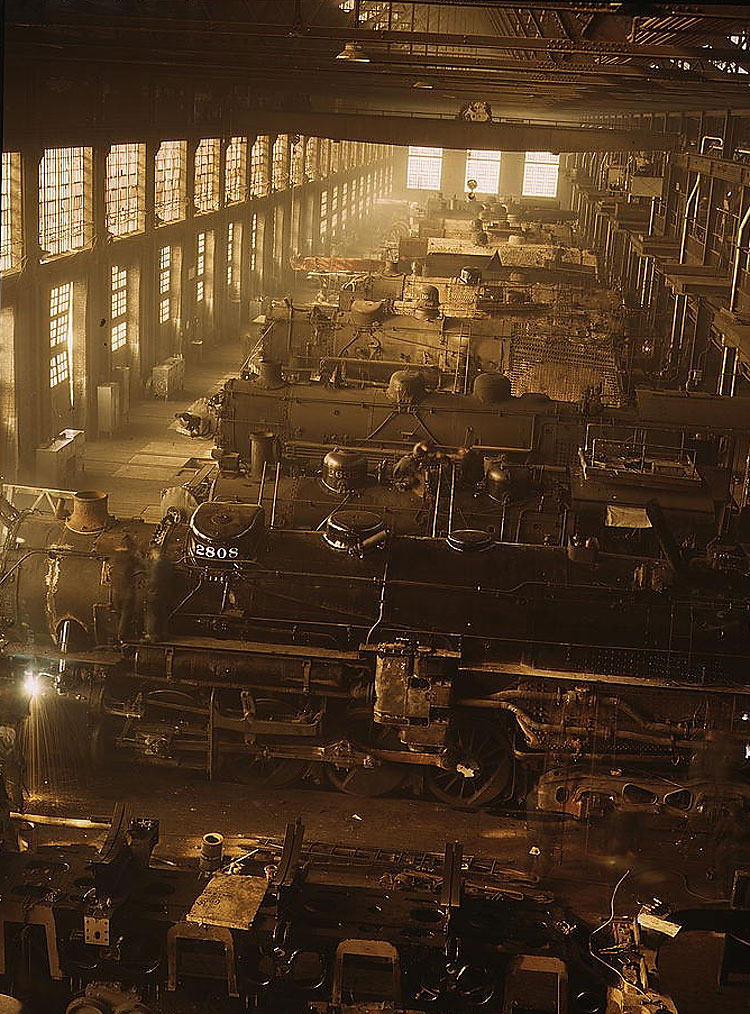 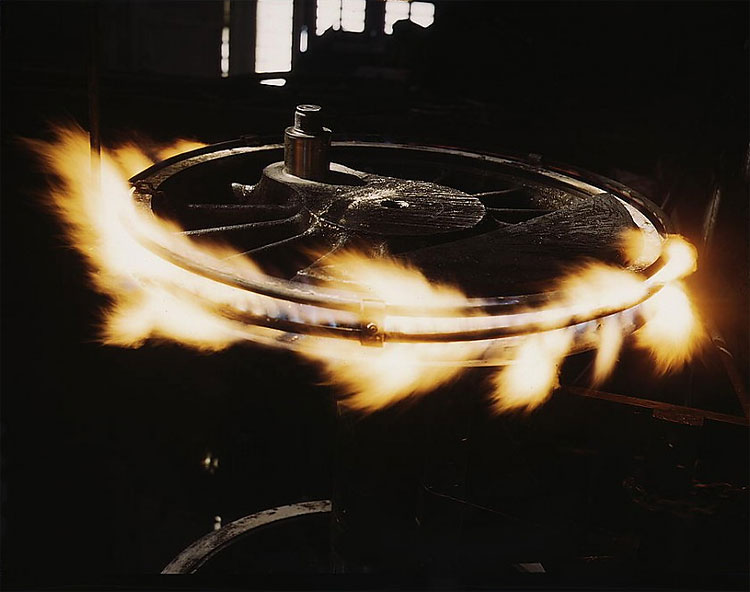 Retiring a locomotive driver wheel, Shopton, Iowa. The tire is heated by means of gas until it can be slipped over the wheel. Contraction on cooling will hold it firmly in shape. 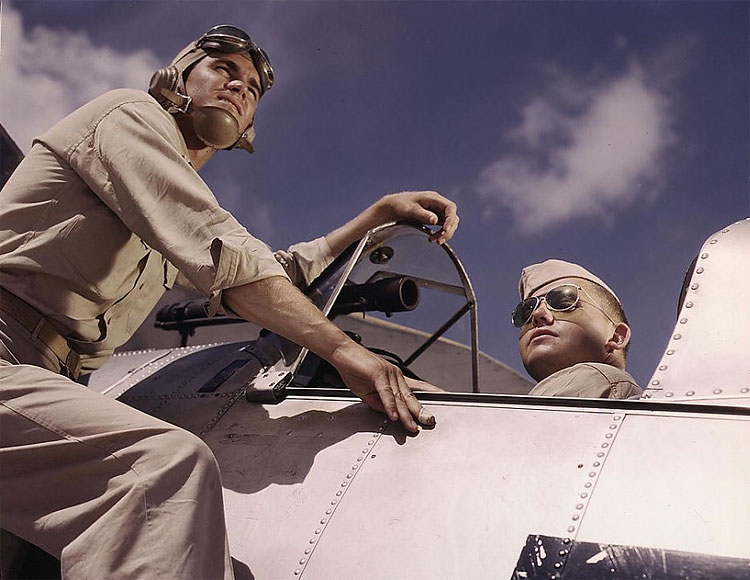 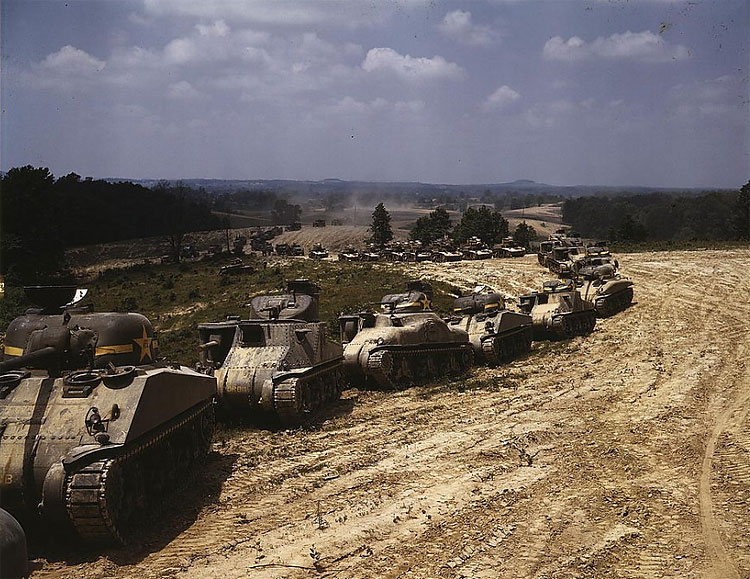 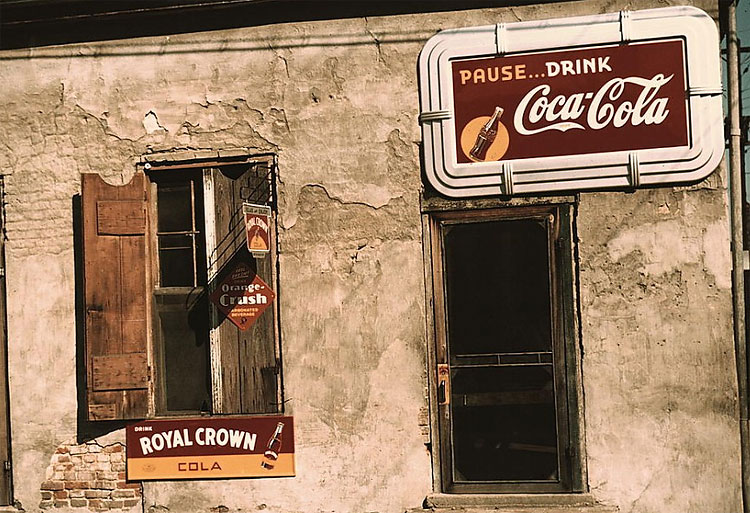 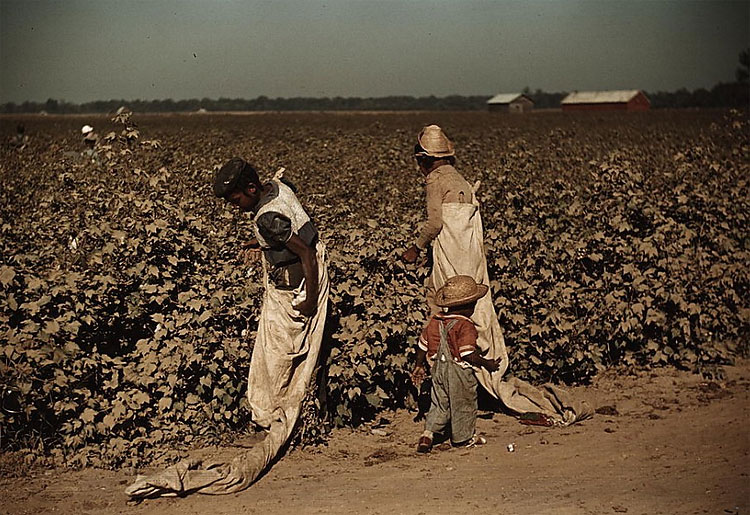 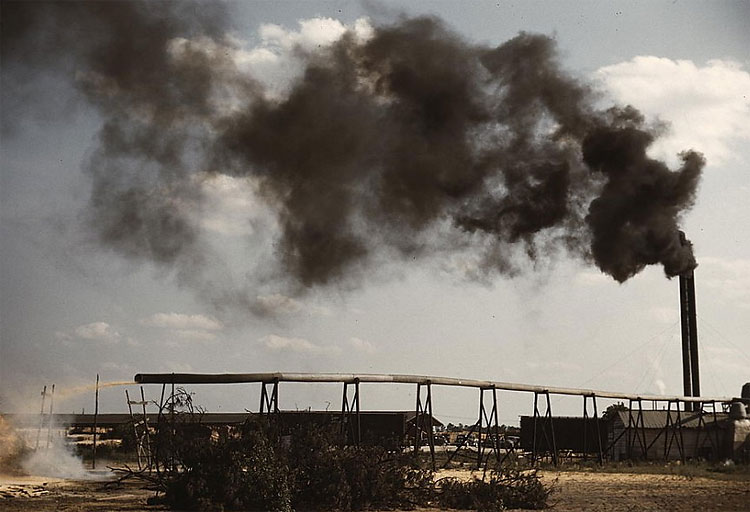 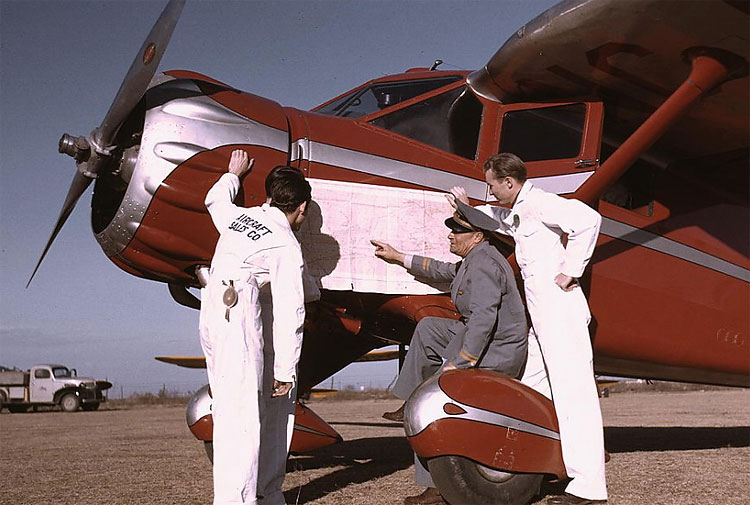 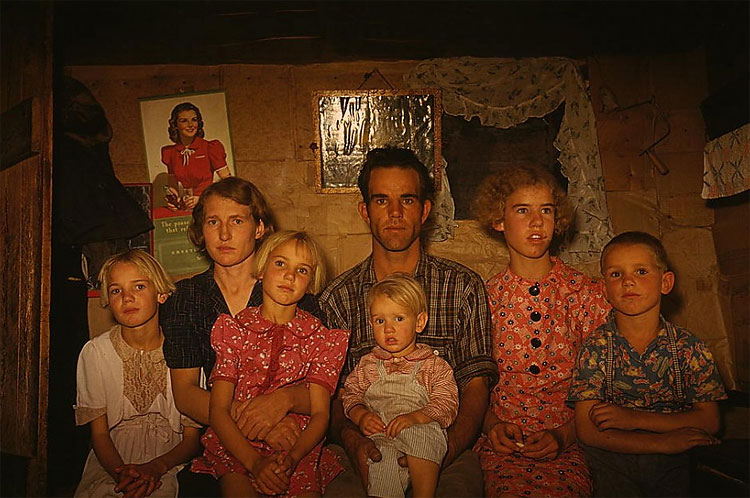 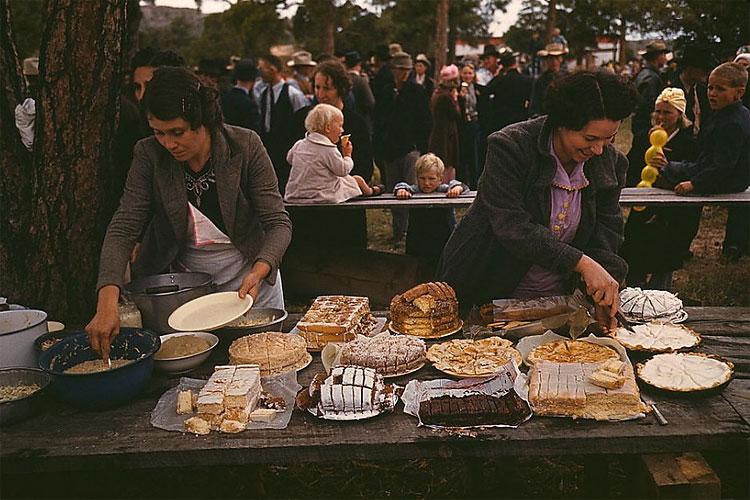 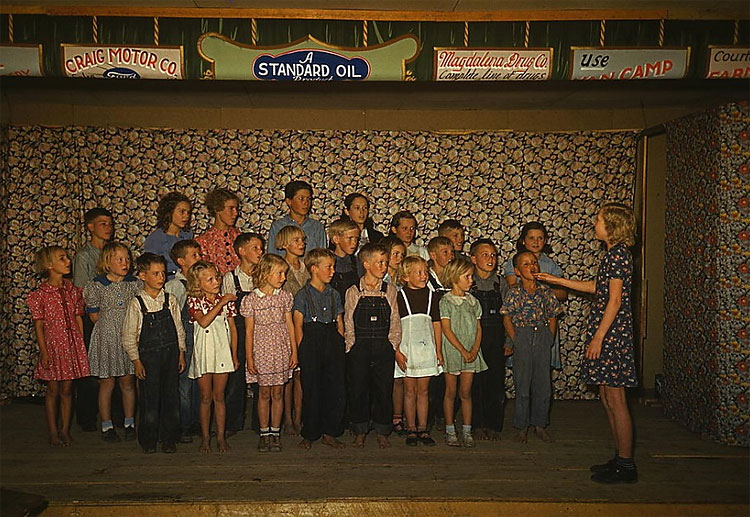 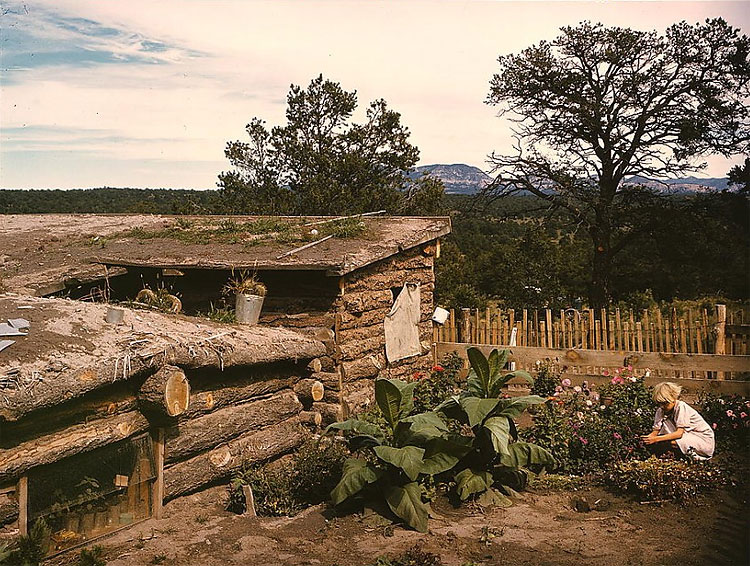 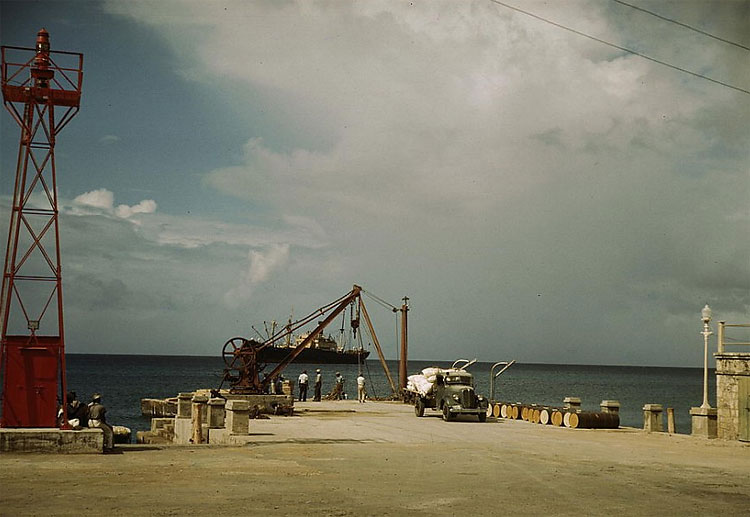 Loading cargo on a freighter in the harbor of Frederiksted, St. Croix, Virgin Islands. Because there is no pier, the ship must anchor far from shore. 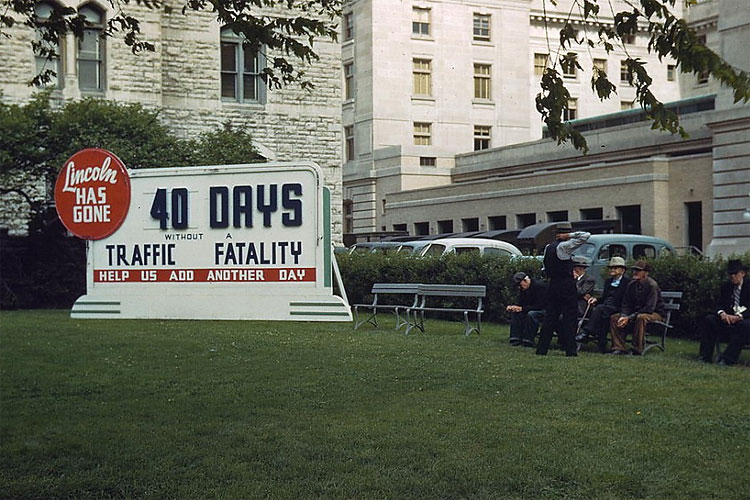 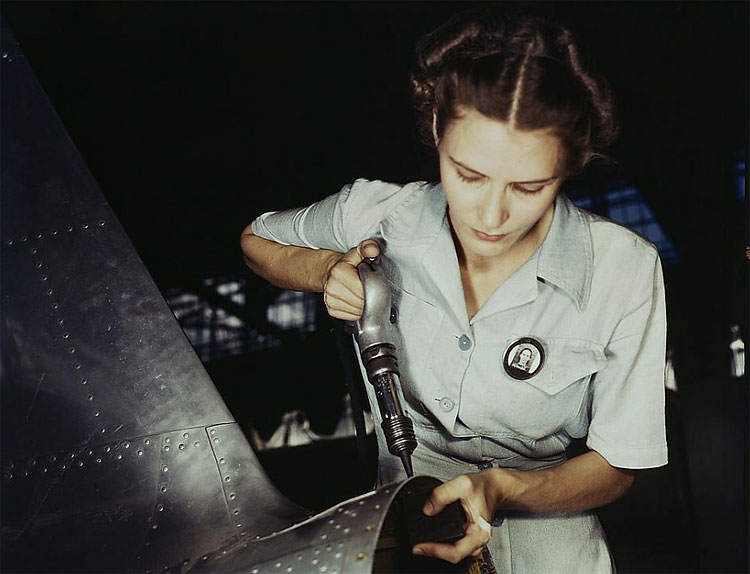 Answering the nation’s need for womanpower, Mrs. Virginia Davis made arrangement for the care of her two children during the day and joined her husband at work in the Naval Air Base, Corpus Christi, Texas. Both are employed under Civil Service in the Asse.