USA Architecture: From Ziggurat to Diners 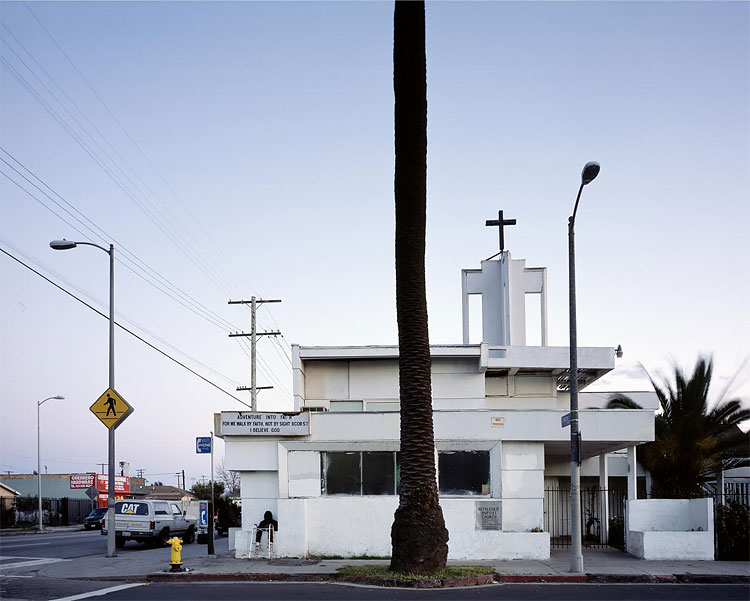 The “California Modern” Bethlehem Baptist Church, built in 1944 in the Compton area of Los Angeles, is Vienna-born architect R.M. Schlindler’s only church. Schlindler, who trained under Frank Lloyd Wright, designed building throughout his adopted city. 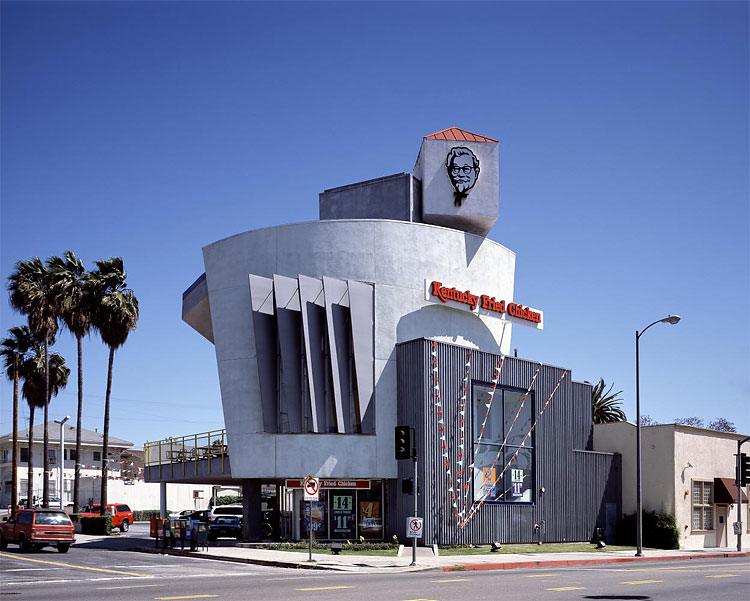 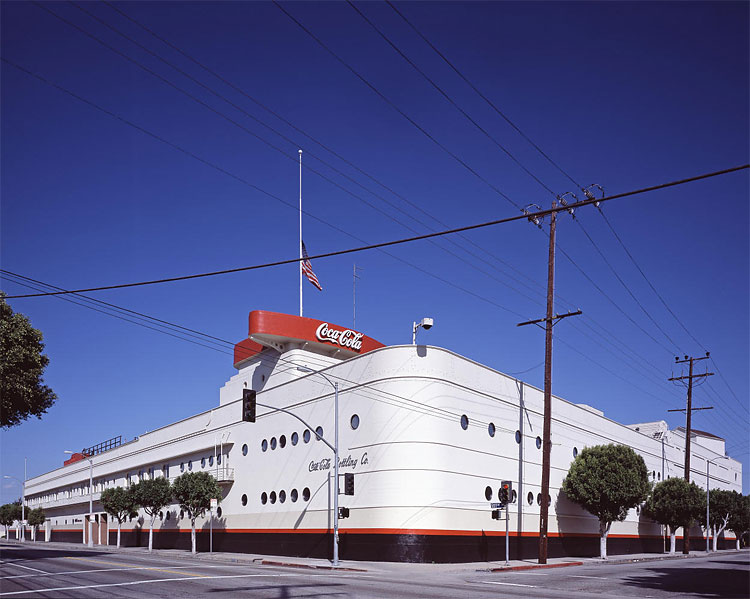 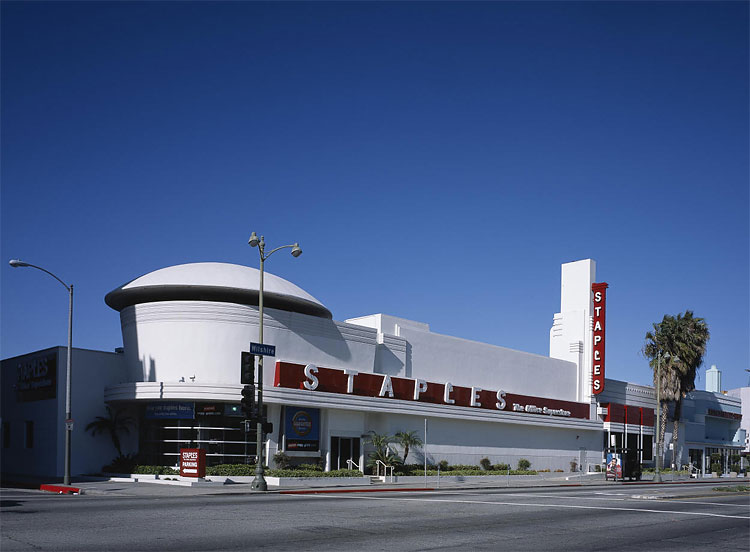 The (1936) Merle Norman Building in Los Angeles suggests an ocean liner. Now an office-supplies store, the building served as a ritzy salon for the cosmetics empress. 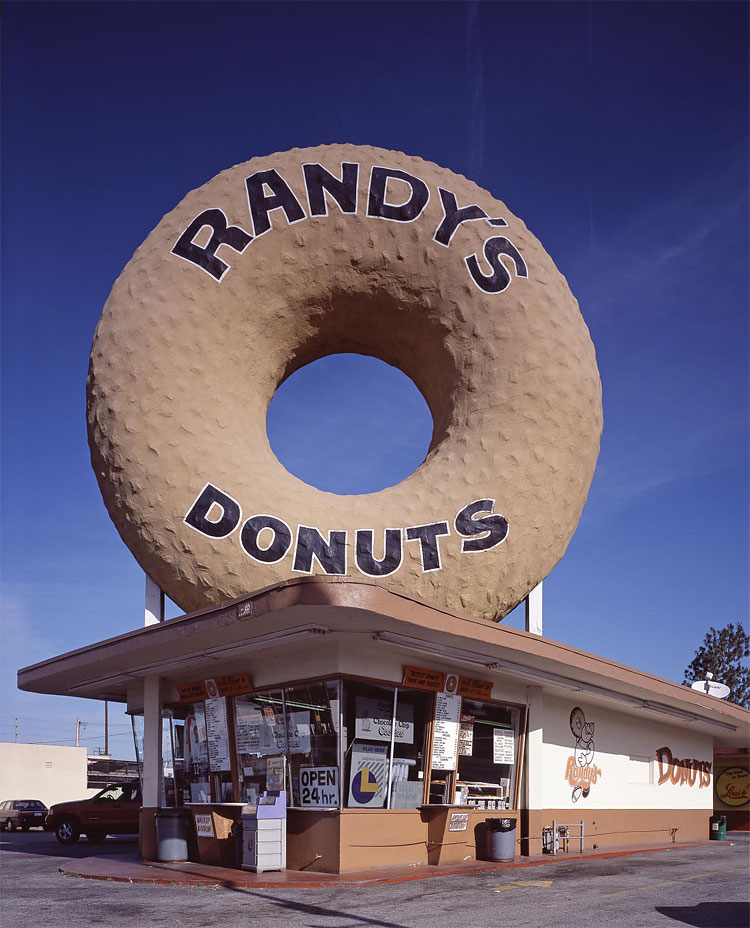 The (1954) sign, as much as the baked goods, is the lure at Randy’s Donuts, in Inglewood, California. One roadside-attractions website notes that because of its proximity to an L.A. freeway, the sign gets frequent “smog and soot scrubs.” 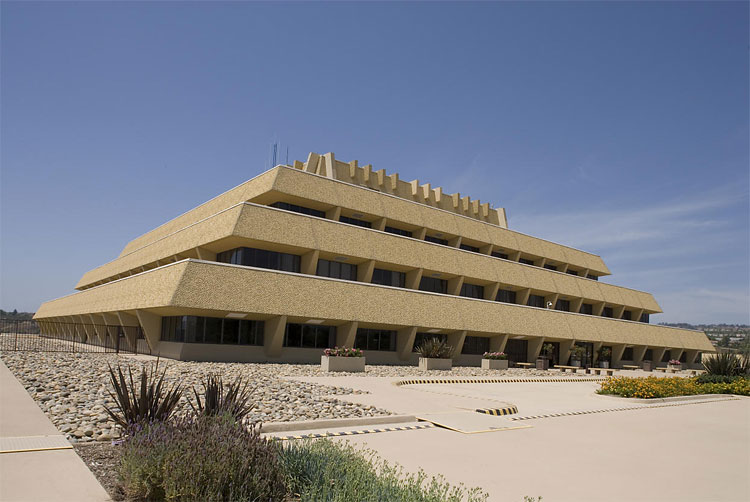 Chet Holifield Federal Building, Laguna Niguel, California. Full view of front façade. Built in 1971 by William L. Pereira & Associates and located on 87 acres. The building is commonly referred to as The Ziggurat due to its architectural pyramid design. 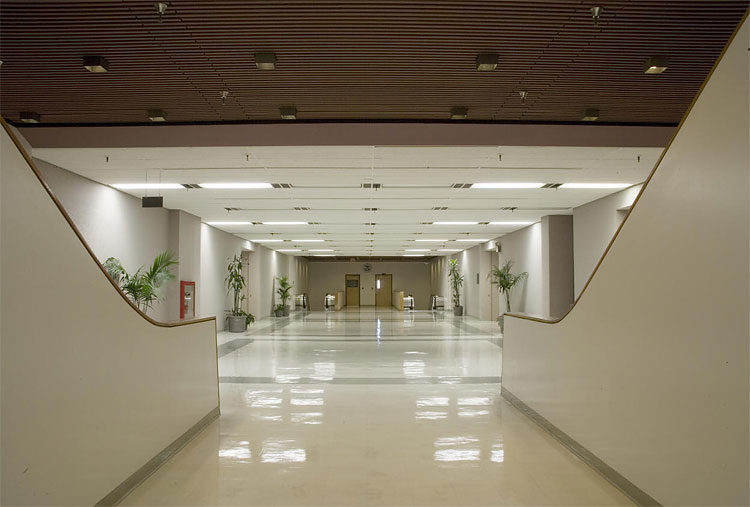 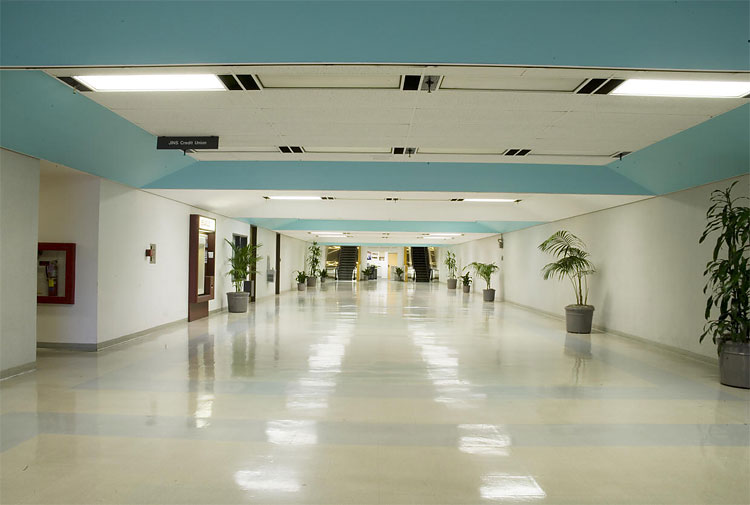 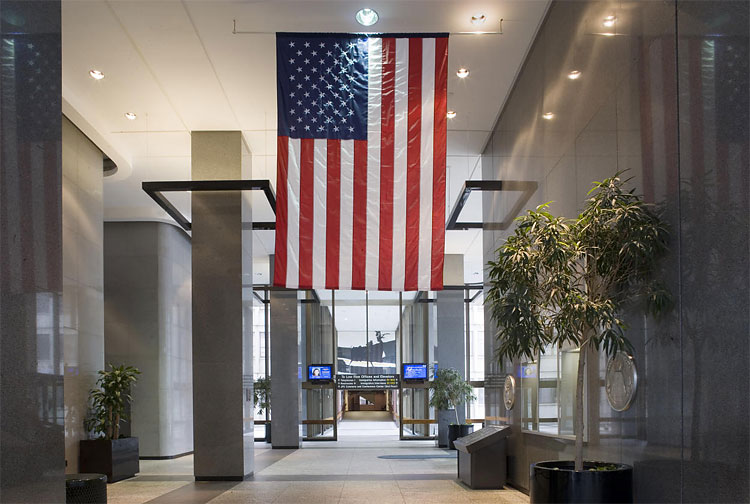 John F. Kennedy Federal Building in Boston, Massachusetts. Lobby. Built in 1964-1966 this is a 24 story building and a 5 story structure connected by a glass-enclosed walkway, an exposed atrium between and two buildings, a two story lobby area and 200 structured parking spaces. 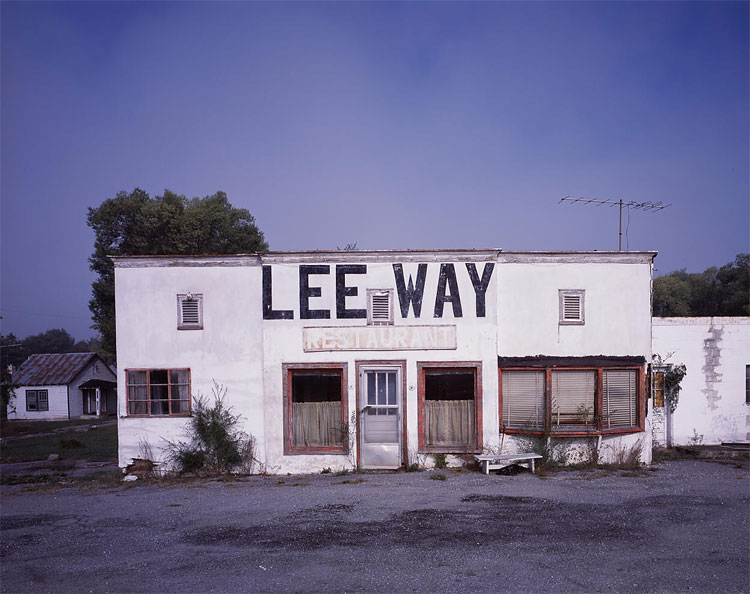 Leeway Restaurant located on Route 11 outside of Lexington, Virgina. The restaurant is closed and run down. 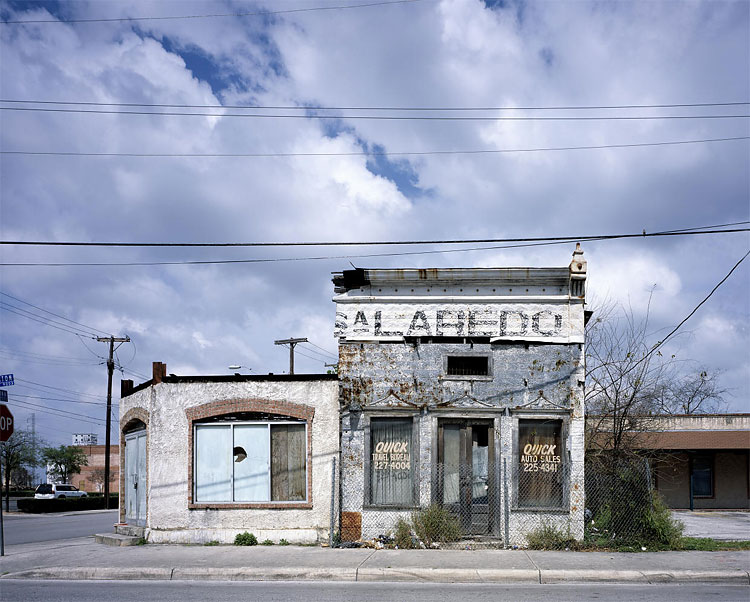 Small abandoned Travel Agent located at West Medina and West Houston Streets in San Antonio, Texas. Close to Freeways 81 and 87, this is still a part of San Antonio that has not been completely renovated and one can still see signs of old Texas.

The Colossal Beauty Of Portland Bridges Captured By David McLaughlin
17th Century Italian Wine Windows, Which Were Used During the Plague, Are Open Again Due to The Coronavirus Pandemic
Dystopian Lighthouses By Adrian Labaut Hernandez
Nike Transforms West Side Church In Chicago Into Basketball Facility
This “Story Pod” Is A Free-For-All Lending Library Designed For A Public Park
250 Year Old Tower In Croatia Was Turned Into A Cozy House
House in Black
This Island For Sale, Built As A Radio Broadcast Station In The 1940s
Archtector Svetozar Andreev Fuses Nature And Modernity To Create Mirrored Steel Form On Malta
Architect Martín Marro Builds Cozy Home Inside The Real Oil Tank, And You Can Live In
An Optical Illusion Bookstore in China
A Modern Interior Was Built Inside This Historic Building In Italy
Striking Three-Dimensional Interventions by Mr. June Layer Geometric Paintings Onto Architectural Elements
This Master Of Art Installation And Illusions Creates Rooms That Will Make You Think The Walls Are Waving At You
The Ironic Loss Of The Postmodern BEST Store Facades
This Infinity Book Store Looks Like An Endless Tunnel Of Books
Would You Feel Safe In A Building Like This?
Belgian Guy Documents Ugly Houses He Sees And They’re So Bad, It’s Hilarious
Re:Create UA Shared the First Works of Talented Contestants from All Over the World on Reconstruction of Buildings Destroyed by War
Rainbow Stairs Add Color To This Otherwise White Room
Skyscraper Competition Proposal Involves Erecting Towers Within World's Largest Trees
Invisible Barn Is A Mirror-Clad Folly Camouflaged Among The Trees Of A California Forest
Model of Hogwarts Castle
This Unique New Bookstore In China Is Filled With Optical Illusions
architecture, diners, ziggurat