“Conflict and Costume in Namibia” by Jim Naughten 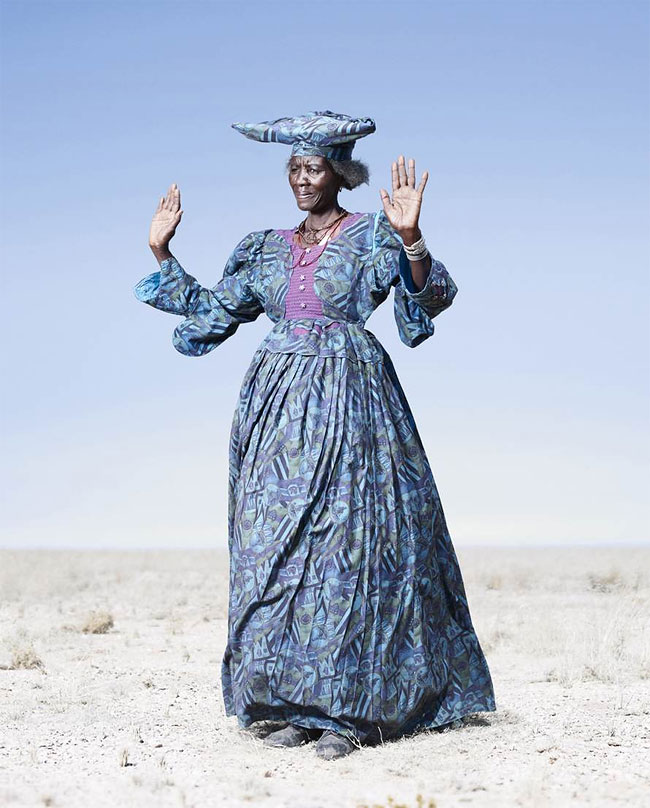 “Each image, a portrait of Herero tribe members of Namibia, reveals a material culture that harkens the region’s tumultuous past: residents wear Victorian era dresses and paramilitary costume as a direct result and documentation of its early 20th century German colonization”. Photos by Jim Naughten, courtesy of Klompching Gallery, New York. 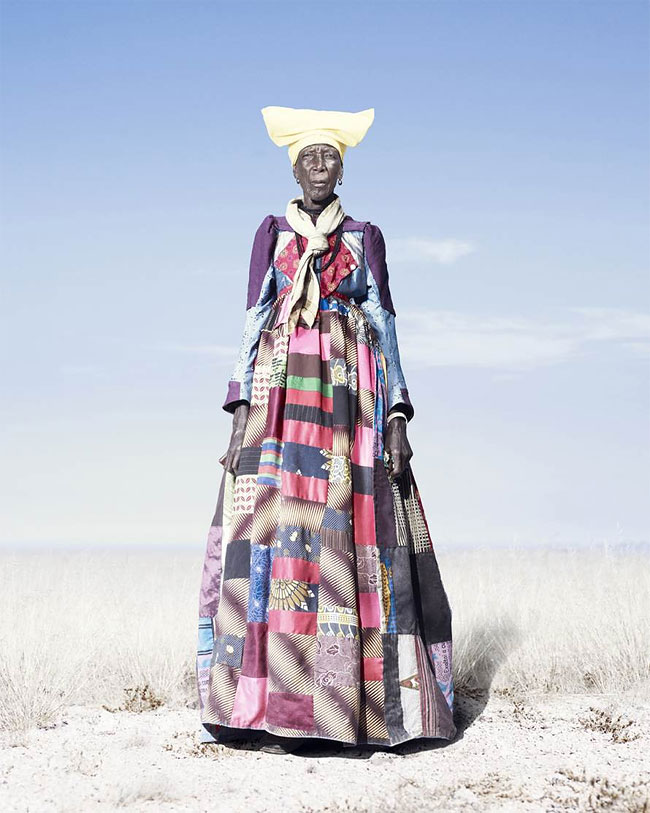 An elderly Herero woman in patchwork dress and pale scarf, 2012. As Herero women get older, the “horns” of their headdresses get smaller. According to some accounts, this is to symbolize their loss of fertility. 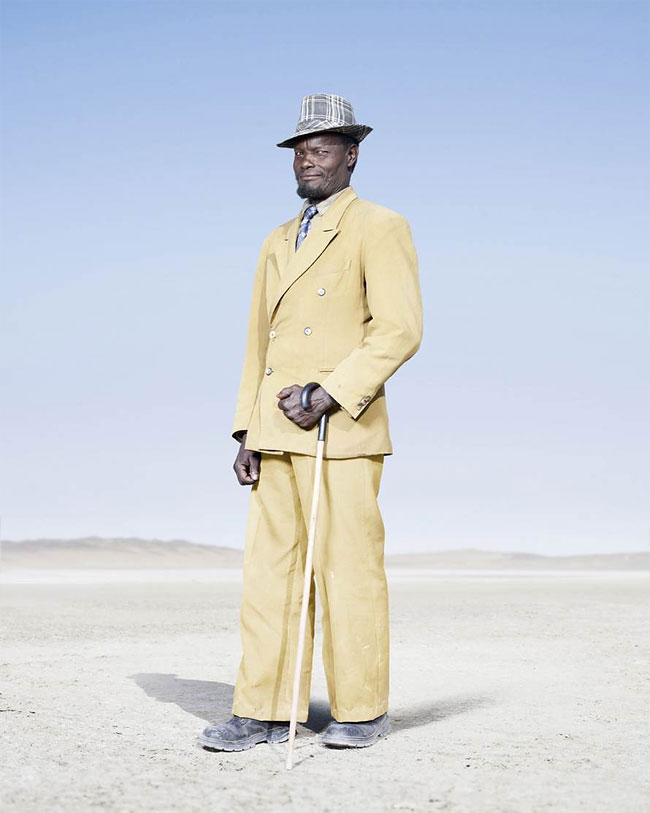 The tradition of wearing formal attire is maintained by most Herero elders, such as this man in a yellow double-breasted suit and check trilby. It is, however, noticeably in decline among younger Herero man, who tend to favor jeans and a t-shirt. 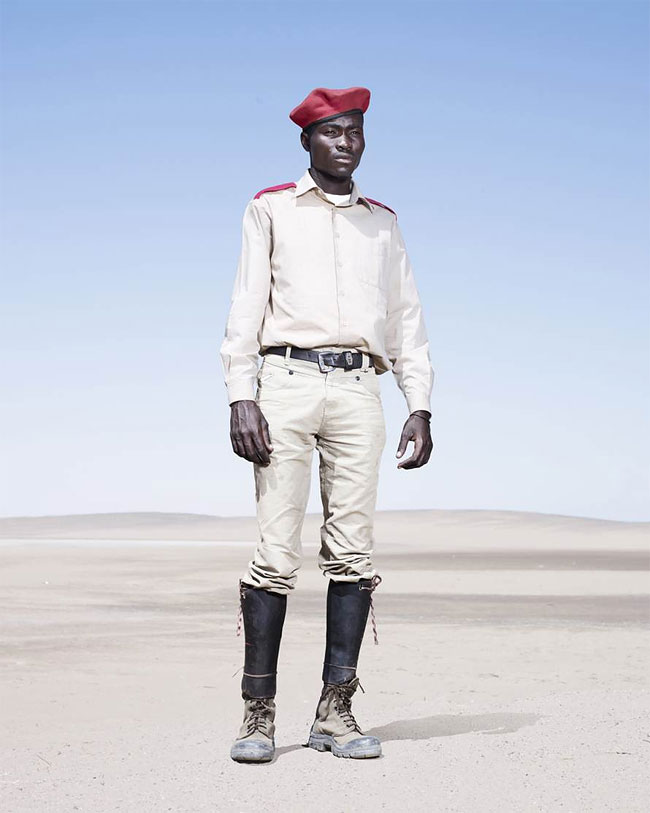 The red features of the uniform worn by this Otruppe cavalryman signal his membership in the Otjiserandu section. 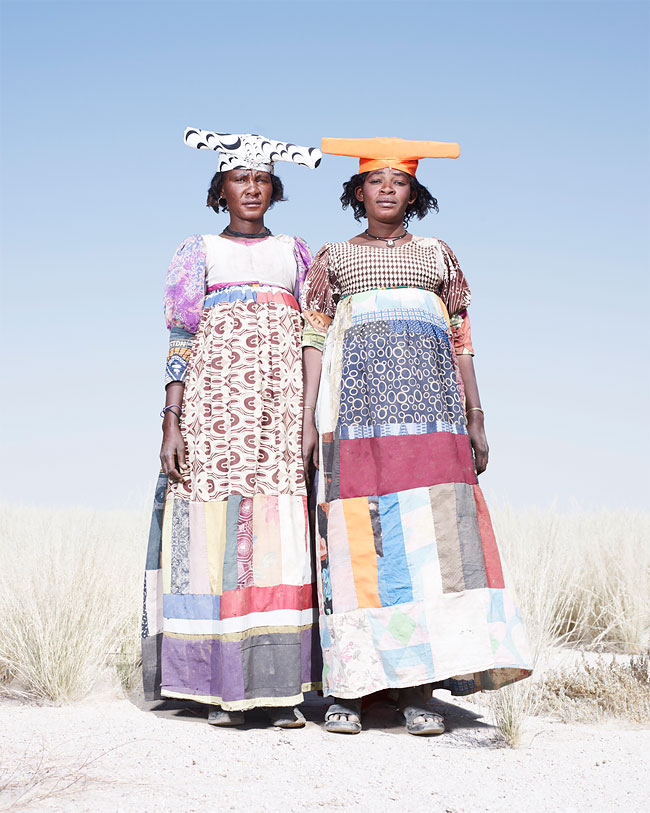 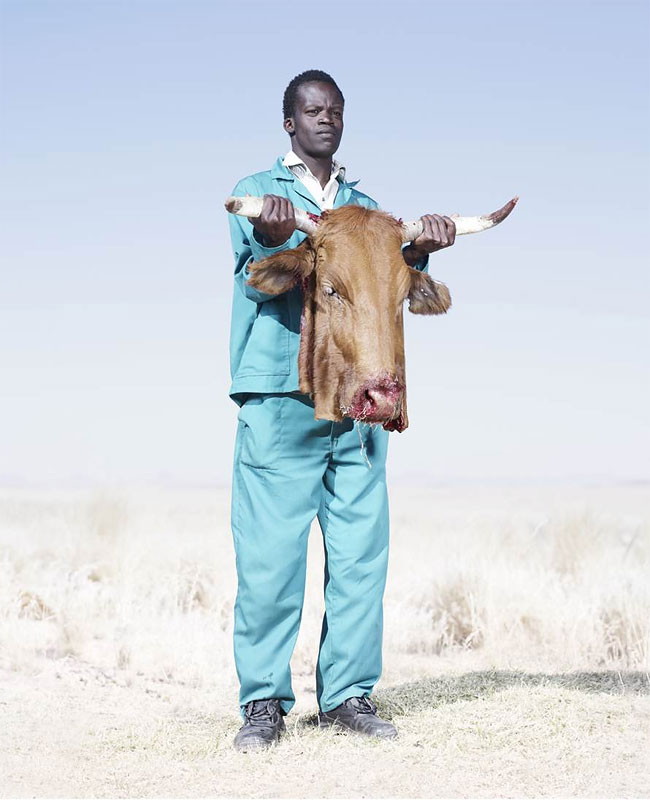 A Herero man holds the head of a freshly butchered cow, killed to supply meat for a funeral, 2012. 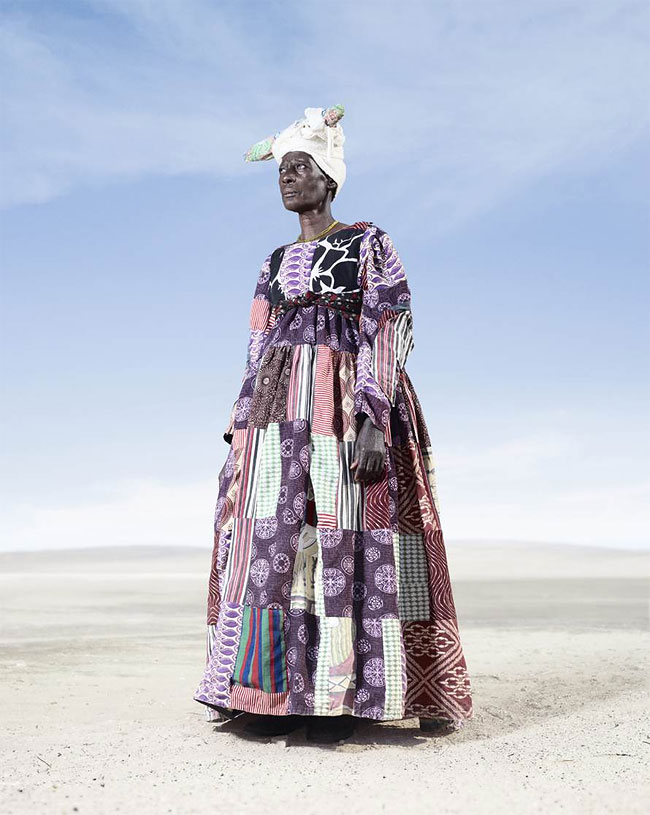 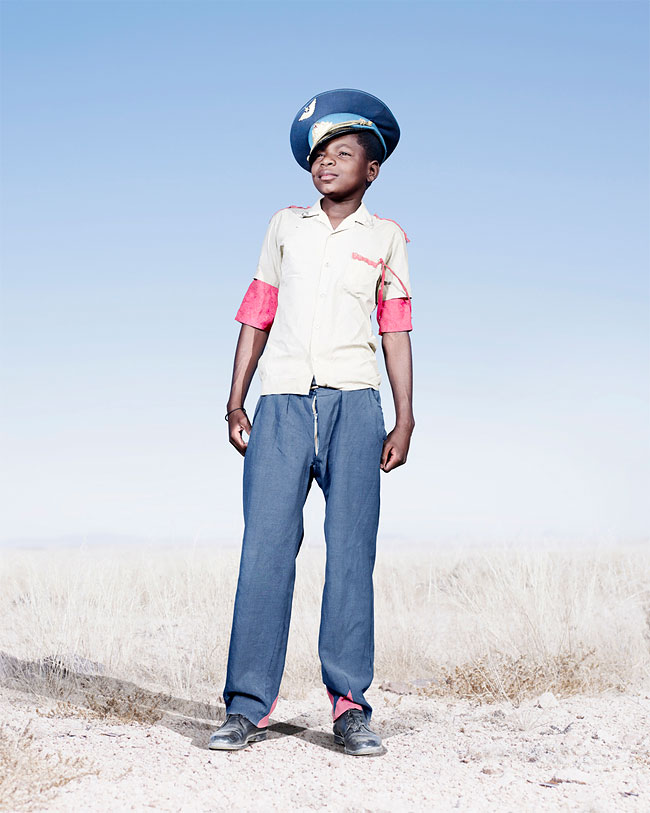 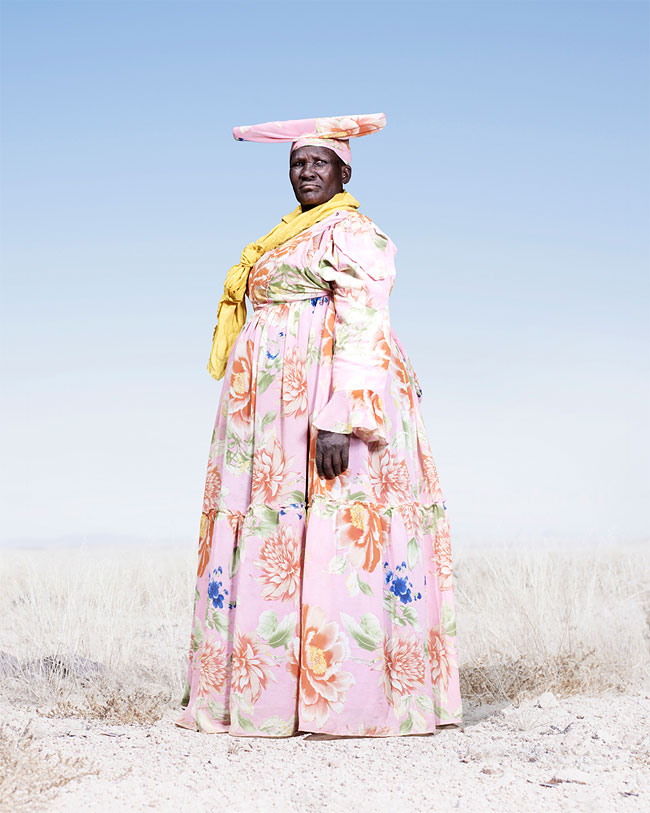