Bristol-based graduate Tom Holmes set a new Guinness World Record after creating the structure that reached 5.275m at its peak. It took the record breaker 7.5 hours of gruelling concentration and 2,688 dominos to complete the towering task. The final result dwarfed the previous record holder by almost 20cm and would tower above the average double decker bus by over a metre. 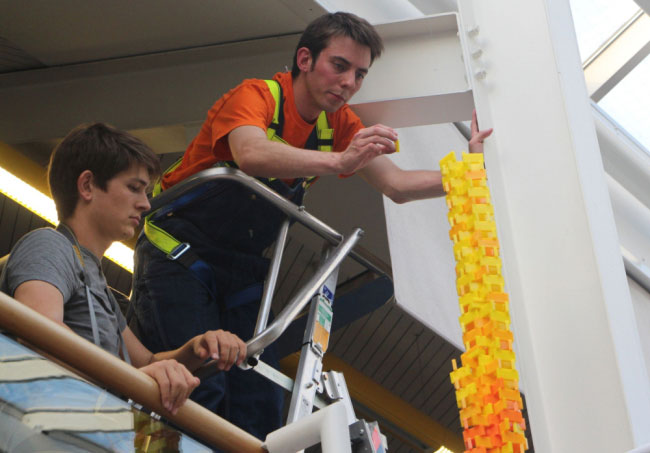 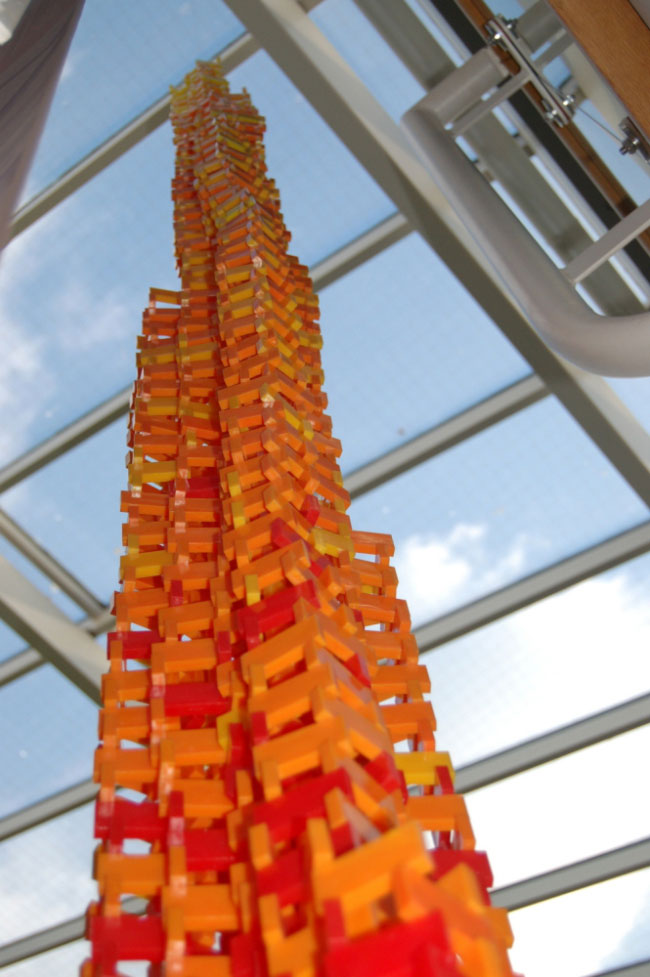 The tower was created from 2,688 dominos (Picture: Guinness Book of Records/PA)