Amazing Portraits Of Elspeth Beard, The First British Woman To Ride A Motorcycle Around The World 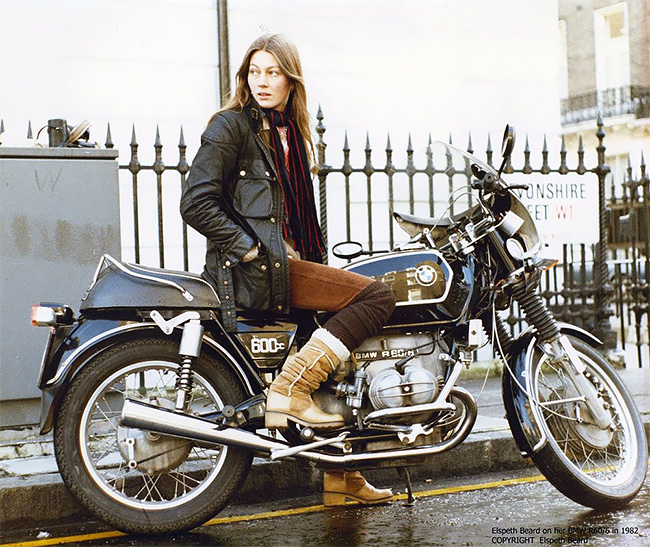 In an age before sat-nav, internet, email and mobile phones – and in an age when women hardly ever traveled alone to adventurous countries – Elspeth Elspeth achieved something that is still remarkable today. In 1982, Beard embarked on a two-year solo journey that would take her around the world on her beloved motorbike – the first British woman to do so. From the outback of Australia to the mountains of Nepal, Beard has traveled through some fascinating places. The great stories behind these places and her achievement as a solo rider have been turned into a brilliant book, Lone Rider, in 2017. 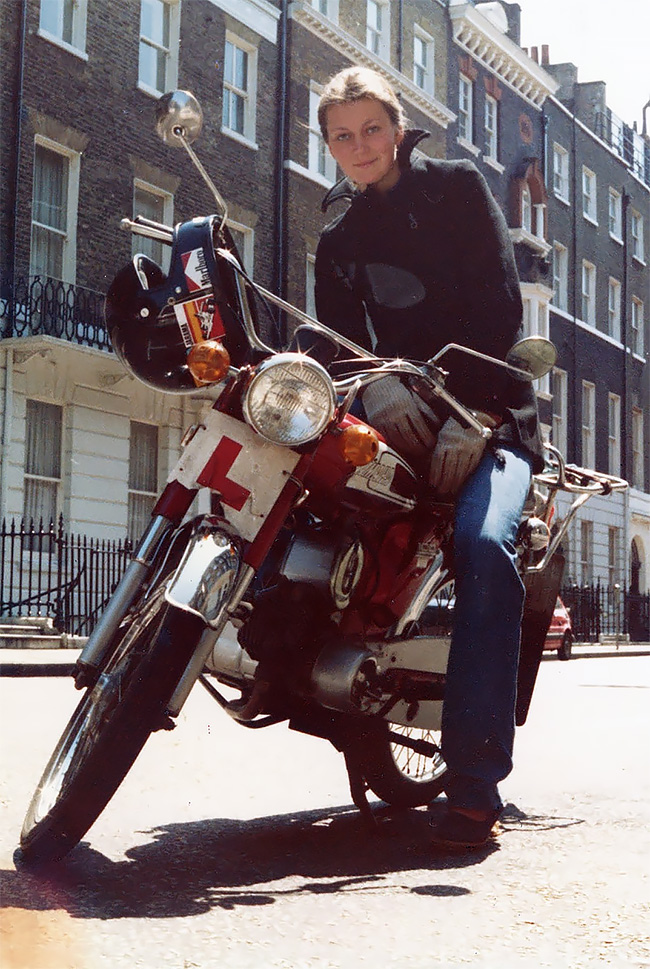 “When I set off to ride my motorbike around the world in 1982 I never imagined that my story would be published,” she said of her book. “On my return, in 1984, I put all my journals, tapes and photos in a cardboard box in the back of a cupboard where they remained for over thirty years.” 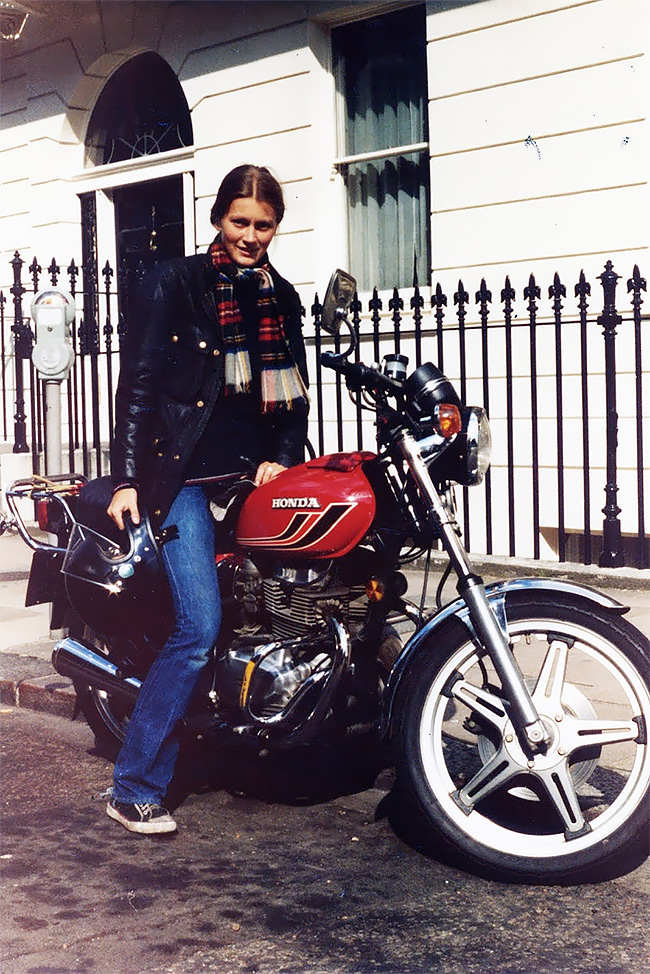 Beard learned to ride a motorcycle on Salisbury Plain at the age of 16. She began her round the world journey in 1982, after the third year of her architect training course, using a BMW R60/6 motorcycle. Beard added soft panniers, a tank bag and an extra bag lashed to the pillion seat before she embarked on the trip. 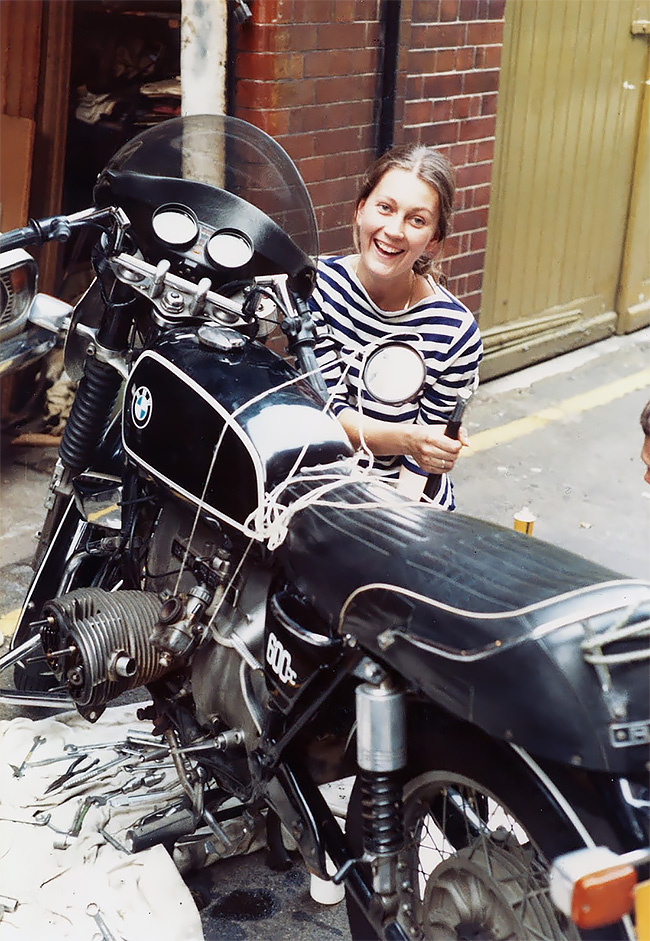 In October 1982, Beard shipped her beloved BMW to New York and arrived at Heathrow with a tent and a few belongings. “I was very nervous but I was also excited and felt a tingle of freedom.” When she arrived in New York, she got on her motorbike and rode to Canada, then south to Mexico and back north to Los Angeles. 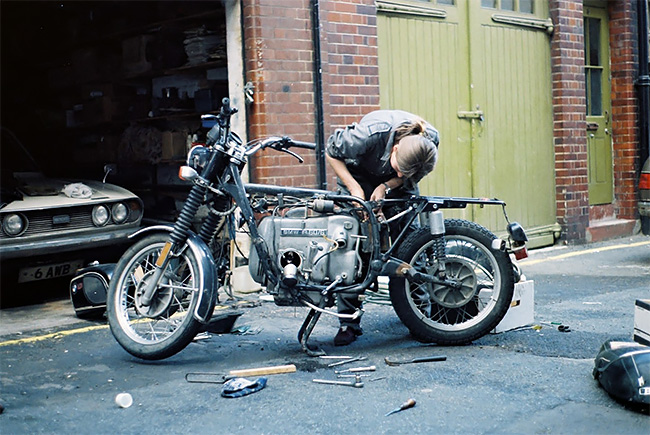 “Traveling in those days was so different,” she said. “There was no internet and no satellite navigation. It was a real adventure. I didn’t know where I would be staying that night or where I could eat or buy petrol. I would plan my route two or three days ahead and hope for the best. It was thrilling and I finally felt free.” 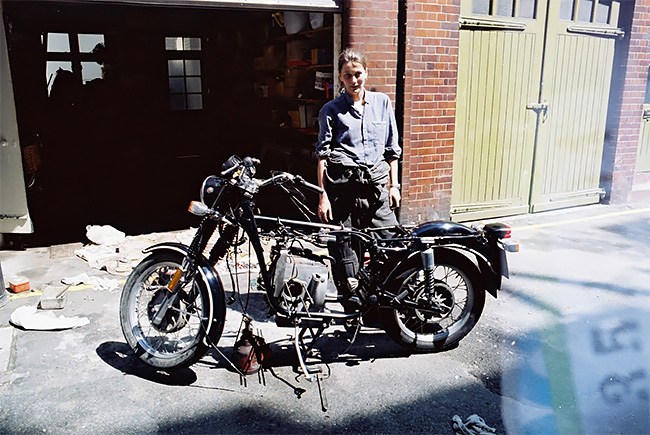 After traveling thousands of miles across the United States, Beard shipped her bike from Los Angeles to Sydney, where she spent eleven months working as an architect, before motorcycling across Australia. In Townsville, Queensland, she had an accident which left her hospitalized for two weeks. 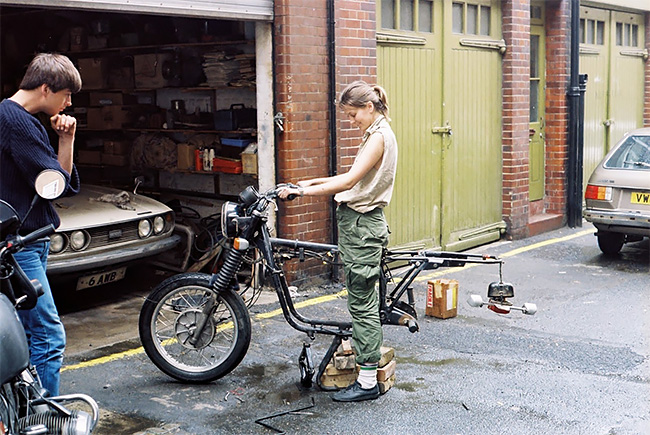 “I was traveling with two people I’d met on the way,” she told Express. “We were riding through the outback and my front wheel sank into a pothole. The bike cartwheeled and I flew through the air. I landed on my head and have no memory of the accident. All I remember is waking up in hospital feeling confused and frightened.” 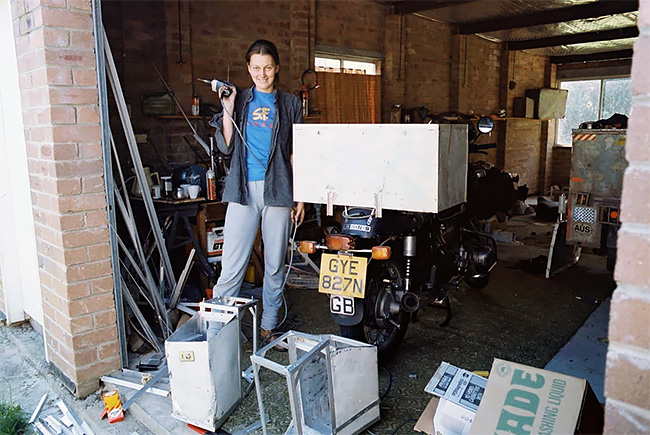 If her traveling companions hadn’t been with her, Elspeth would have died. However, she was determined to carry on.

“I did everything I could to minimize the risk but you can’t do a trip like that without expecting to have a few accidents.”

Beard carried on riding to Perth, and she shipped her bike to Singapore, before traveling through Bali, Java and Sumatra, Malaysia and Thailand. 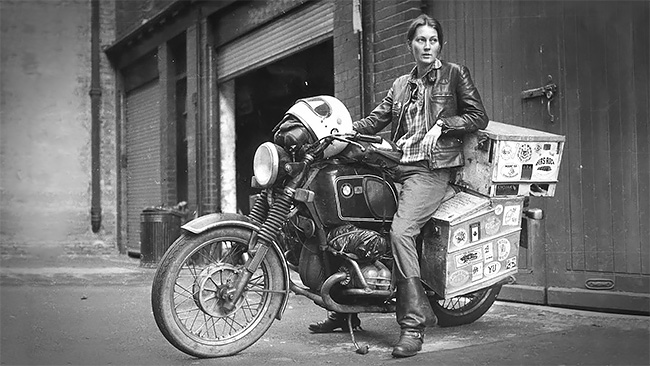 In Singapore, she spent 6 weeks replacing important documents and gear after they were all stolen. In Thailand, she collided with a dog, and recuperated staying with a local family; the family fed her the remains of the dog that she had crashed into. 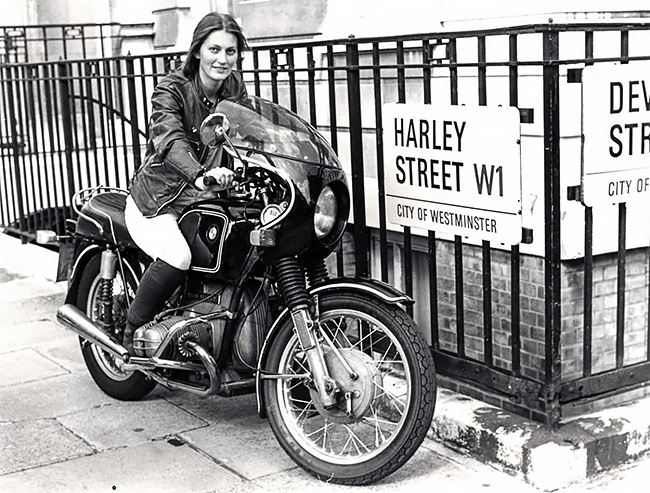 From Thailand, Beard rode to India, traveled to Pakistan and Iran, then through Turkey and back into mainland Europe before arriving back in London in November, 1984. 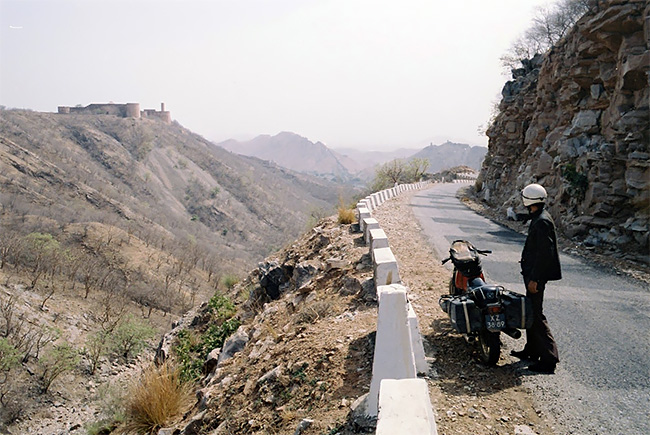 More than 30 years on, Elspeth believes her epic adventure made her into the person she is today.

“The trip completely changed my life and made me the person I am now. It taught me there was nothing I couldn’t cope with and there wasn’t a problem I couldn’t solve. Now I would never take no for an answer. It has given me an inner strength and confidence to tackle anything.” 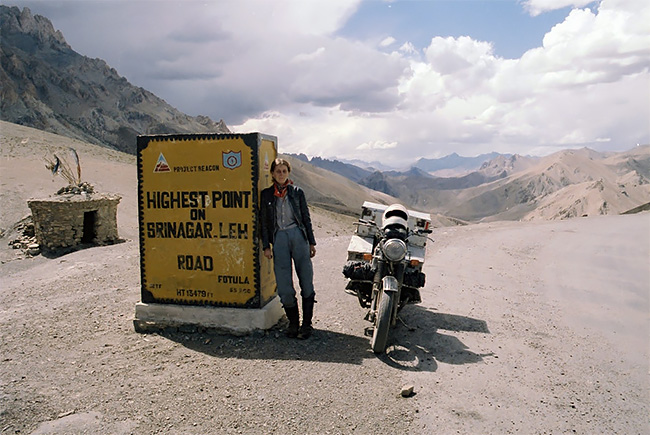 When she returned, Elspeth finished her architecture qualification and now has her own firm near her home in Guildford, Surrey. But she still hits the road as often as she can.

“Now I have a collection of bikes and still love to ride. And I still have my trusty BMW. It’s like an old friend.” 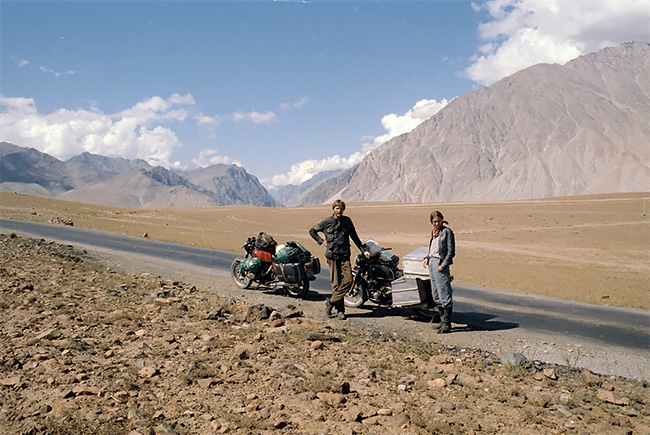 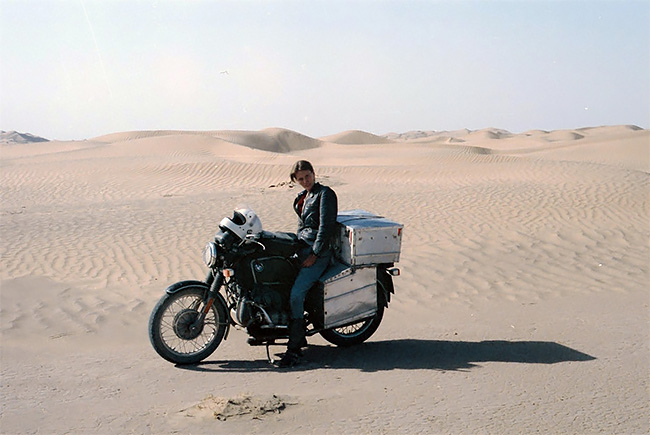 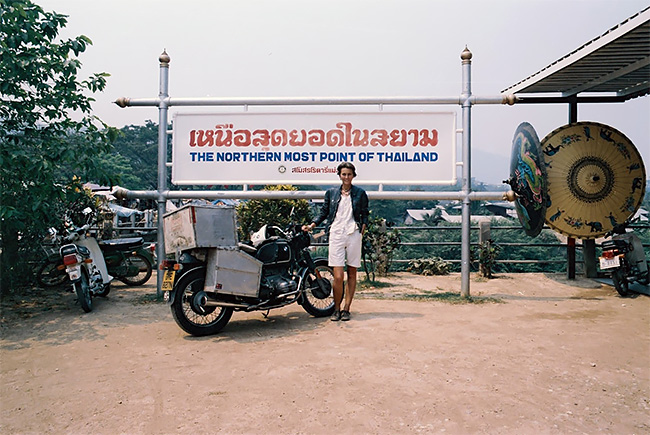 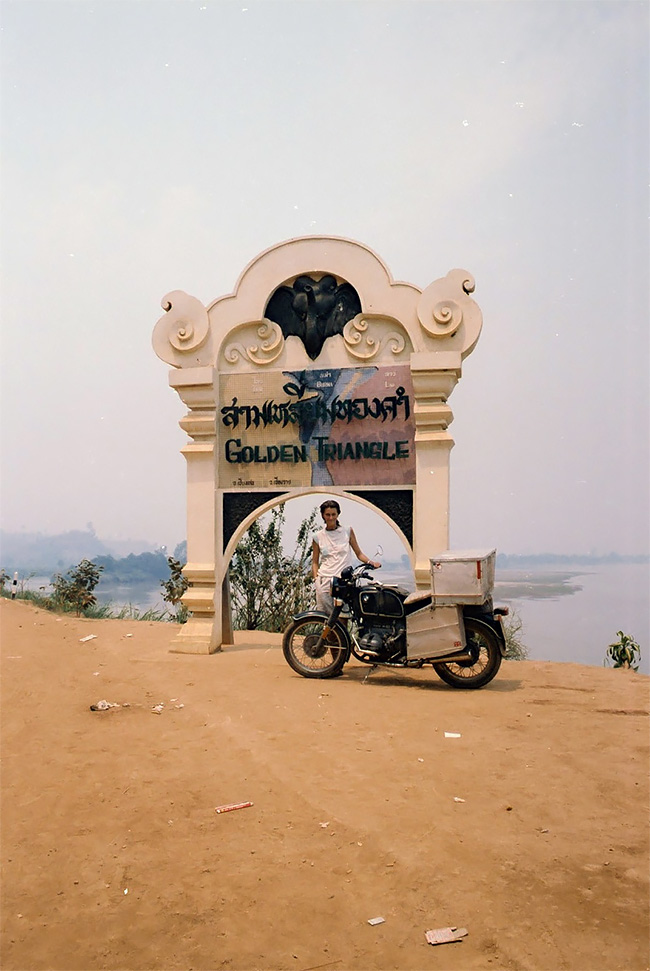 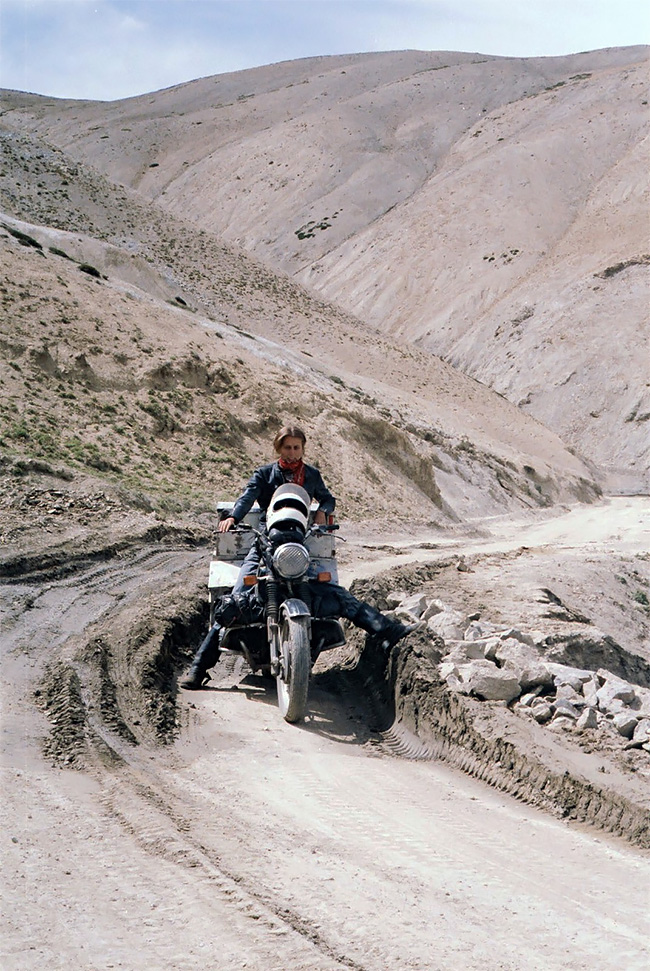 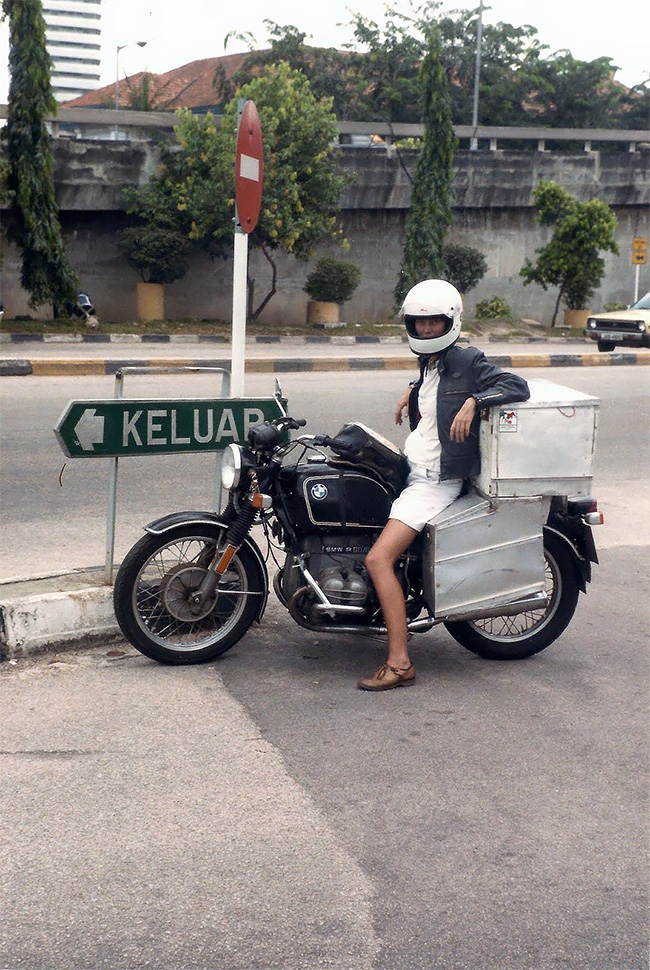 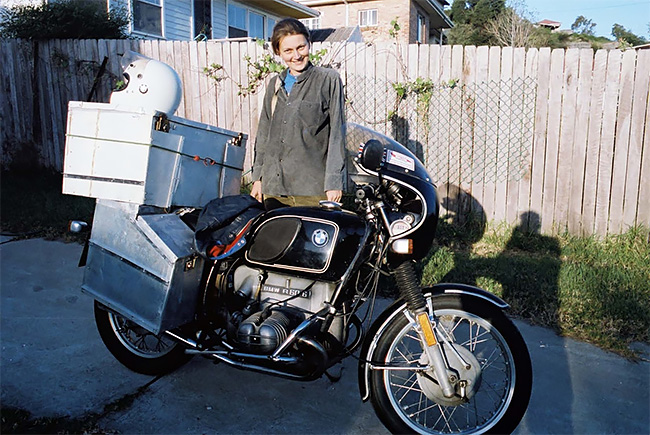 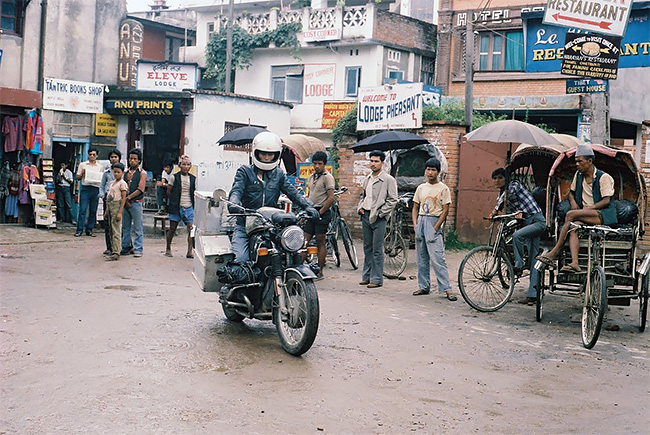 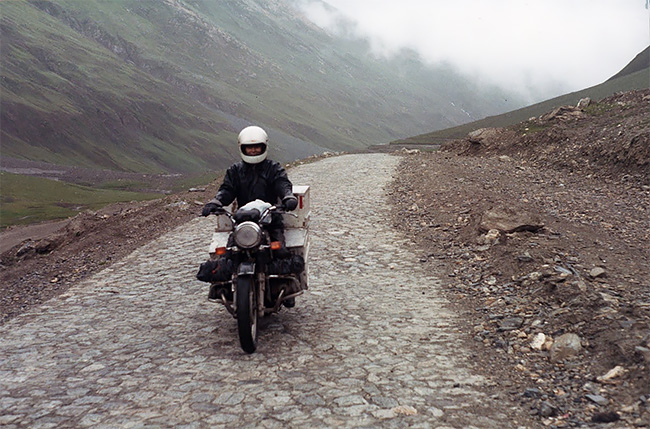 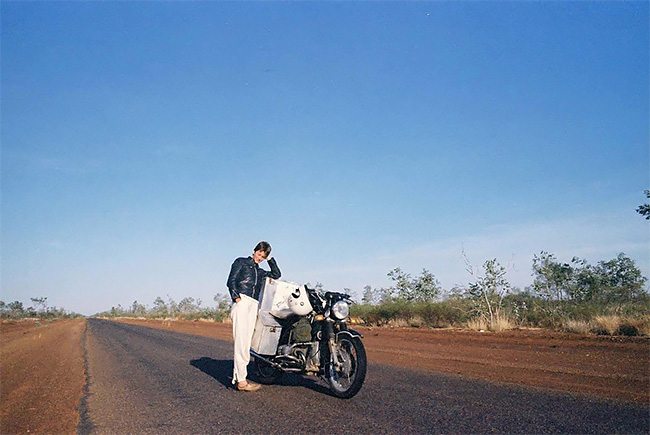 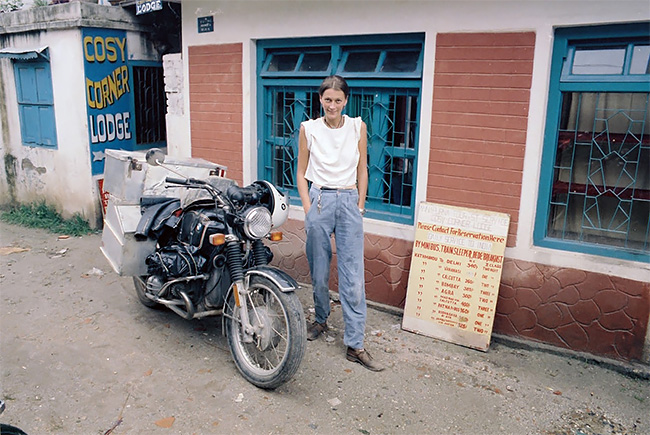 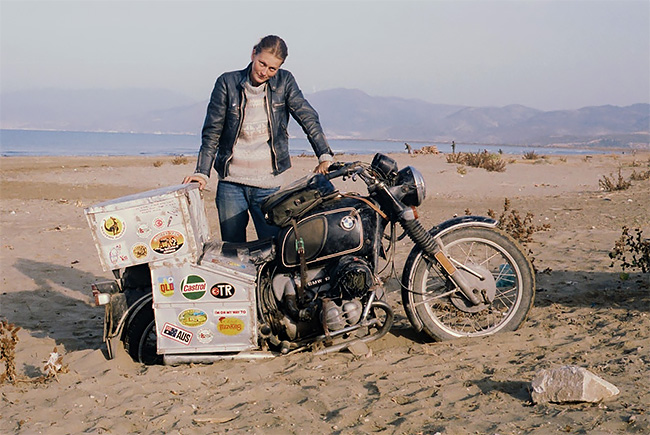 Travel Photographer of the Year Contest Exhibition
Stunning Photos of Russian Northern Roads as Roads to Hell
North Carolina's Abandoned 'Wizard of Oz' Theme Park Will Haunt You
The Battle For The Largest Bonfire In The Netherlands
The “Luminarias” - the Annual Religious Celebration in Spain
"Silver Beggars" Rule the Streets of Indonesia
Austrian Woman Used A Mix Of Concrete And Dish-Washing Detergent To Build This Amazing Dome House In Costa Rica
This Residential Complex Is Fully Submerged In Natural Sea Of Green
The 13th International Kite Festival in Portugal
North Korea: Big Visual Jouney to the Land of Whispers
Stewardess Skill Training In China
What Happens When Carpets Leave Apartments
What Do You Do When Someone Travels Around The World To Copy You
Traditional Wedding Ceremony in Bulgaria
Watch a Plane Take Off from This Runway in the French Alps
What a Dick: The Porniest Grave in Paris's Père Lachaise Cemetery
Around The World With David Bou
Wonderful Photos Of The Holi Celebrations In India
The Annual Carnival in Trinidad and Tobago
Giant Underground Trampolines Tipped as Next Big Tourist Attraction in Wales
Terrifying See-Through Sleeping Capsules Hanging 400 Feet Above Peru’s Sacred Valley
Beautiful Photos Of The 2015 New Year’s Eve Celebrations On Copacabana Beach In Brazil
GrelkaFest 2019: The Annual Bikini Ski Day In Siberia!
A Suspended Treehouse to Sleep with Birds
Niagara Falls Freezes Over Again, Produces The Most Breathtaking Scenery
Icy Rain Creates 'Ghost Apples' In Michigan
Hong Kong's McSleepers
Wonderland Abandoned: The Swift Fall of “Europe’s Biggest Theme Park”
An Aerial Tour Of An Abandoned Chinese Fishing Village By Joe Nafis
Russian Blogger Went On A Trip Around The Apartment During The quarantine - Repeating Photos From Real Travels
1980s, bike, Elspeth Elspeth, motorcycle, portraits, travel, world