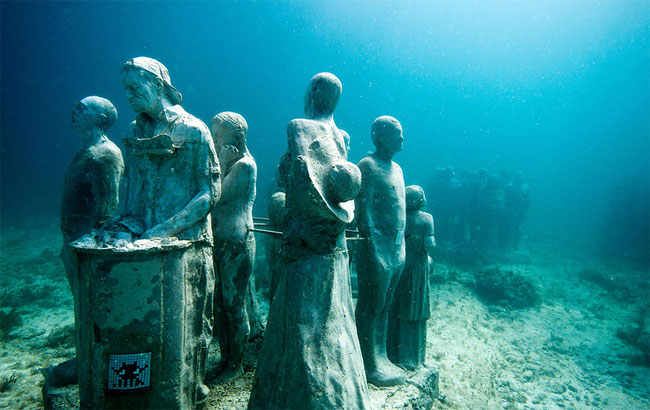 This picture taken on Oct 3, 2012 shows sculptures put at the seabed off the coast of the West Indies and Mexico by British artist Jason deCaires Taylor. Taylor casts life-size statues from materials used to encourage reef growth and sinks them to the ocean floor. 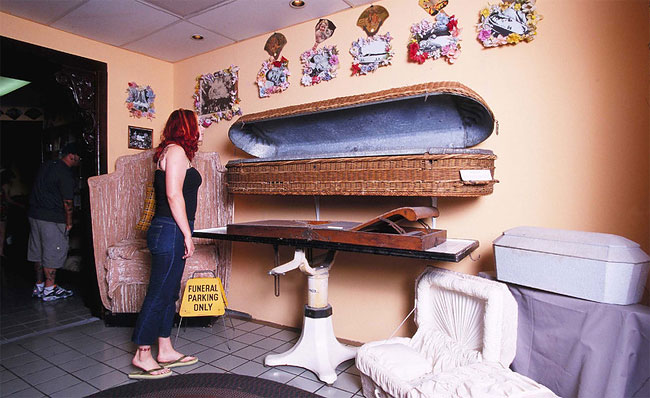 A visitor browses in the LA’s world famous Museum of Death, California, US, July 15, 2001. 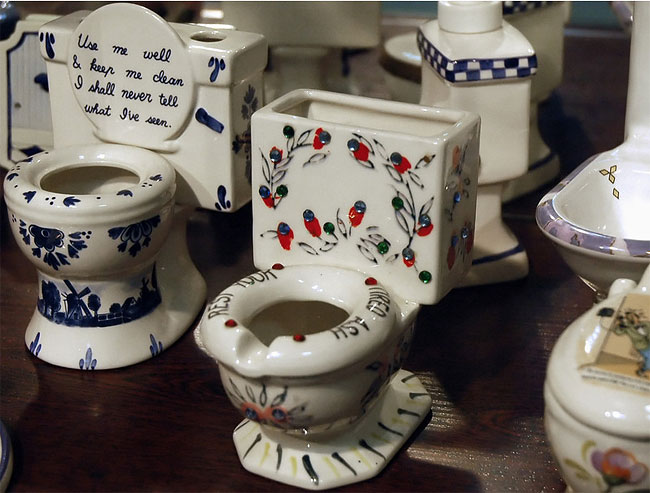 Exhibits are displayed at the lavatory museum in Kiev, Ukraine, Nov, 20, 2007. 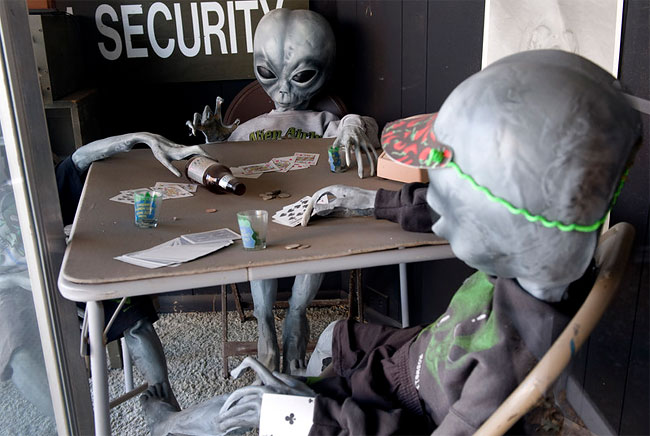 A window display of ”aliens” playing cards greets visitors in a store near the International UFO Museum and Research Center in Roswell. Many UFO enthusiasts believe an alien in a spaceship crash landed on a ranch near Roswell in 1947. 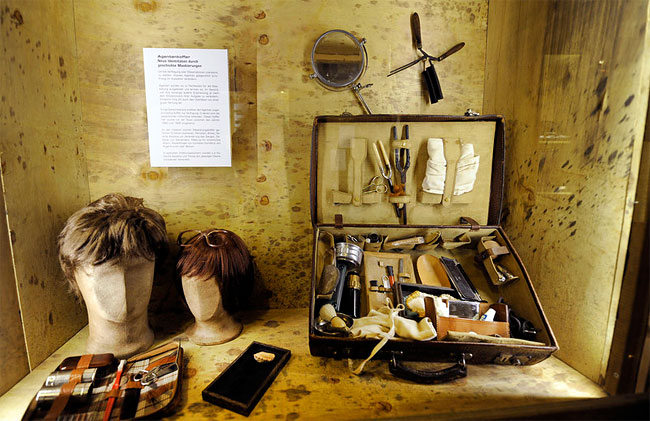 An original east German camouflage suitcase is on display at the new spy museum in Oberhausen, Germany, April 30, 2012. The exhibition “Top Secret” explains the work of secret services and shows unique original details from the Russian KGB, the CIA and the east German Stasi during the cold war. 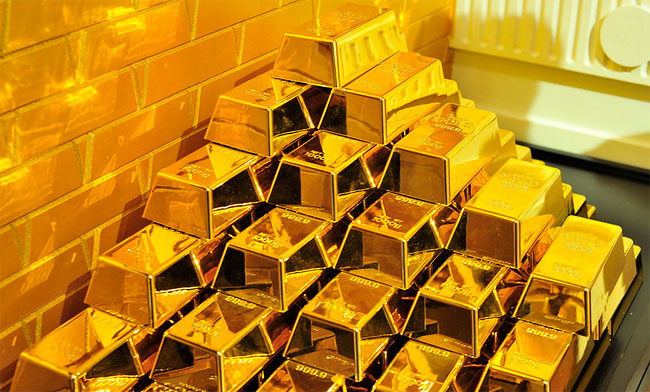 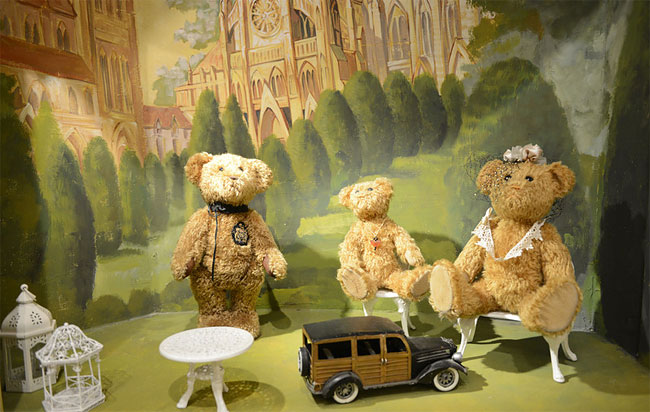 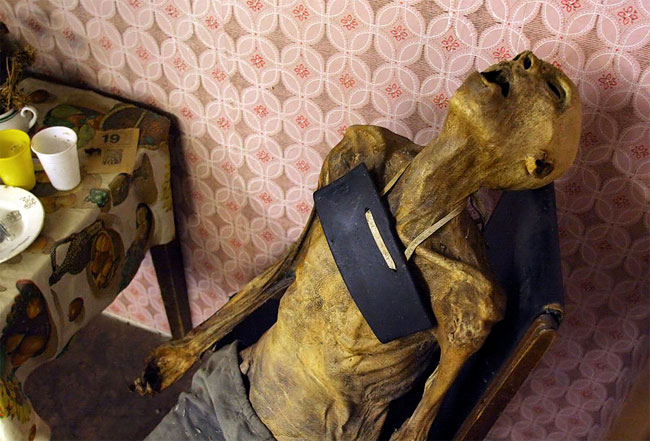 The mummy of a 60 year old Leningrad resident, who died while having breakfast and was discovered dead only a year after, is on display at the Thanatology Center of the Forensic pathology museum, St. Petersburg Mechnikov State Medical Academy, Russia, Feb 17, 2006. 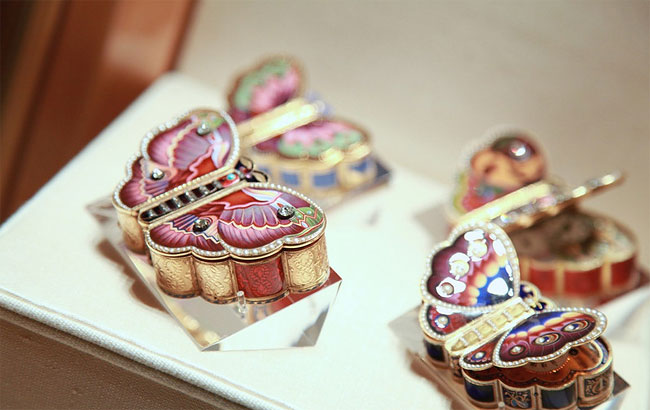 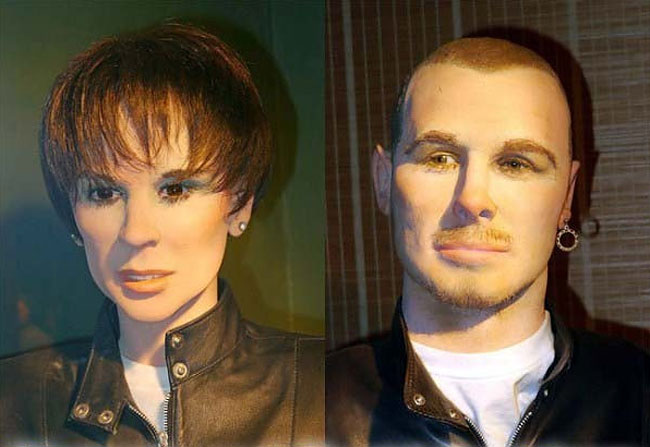 The Worst Wax Museum reported on Jan 22, 2014 in Great Yarmouth, England, UK. The waxwork replicas are so bad the museum had to shut down last year. 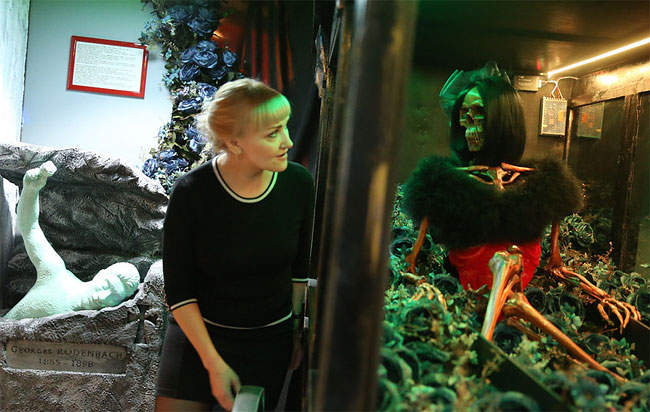 A visitor views an exhibition at the Museum of Deat at Novy Arbat Street, Moscow, Russia, Feb 7, 2014.

This Solar-Powered Ecocapsule Lets You Live Off-The-Grid Anywhere In The World
Breathtaking Views Of The World That Will Make You Dizzy With Wonder
Some Entries For The Guinness World Records 2017
20 Weirdest Images on Google Street View
This Russian Woman Travels The World In Flowy Dresses To Take Self-Portraits In The Most Beautiful Places
Let's Take A Closer Look At The Scariest Playground In The World
From Paris with Love: A Beautiful World of Maisonnée
Alien Hunter: World’s Biggest Telescope will be Built in Chile
Minnesota Man Breaks Hair-Raising World Record with 42.5-inch Mohawk
Real Pink Cat Found in China
Take Your Balls And Go Home: The World's Most Dangerous Hiking Trail
Whitby Gothic Weekend, England
World Beard and Moustache Championships
Literary Graffiti Around The World
Inside the World of Men and Dolls
PetCam: The World Through The Lens Of Our Four-Legged Friends
This Artist Transforms The Animal World Into One Of Puzzling Beauty And Surreal Interrelationship
A Drone In A Squash Court: Minimalist Aerial Photography Series by Brad Walls
Guy Shows Off His Amazing World War II Cover Up Tattoo
Armless Man Dreams of Teaching
The World's Largest Hot Sauce Collection
Probably, This Is The World’s Most Peaceful Toilet
Bird Imprints
There Are Only Two Kinds Of People In This World
cannot, imagine, museums, weirdest, world