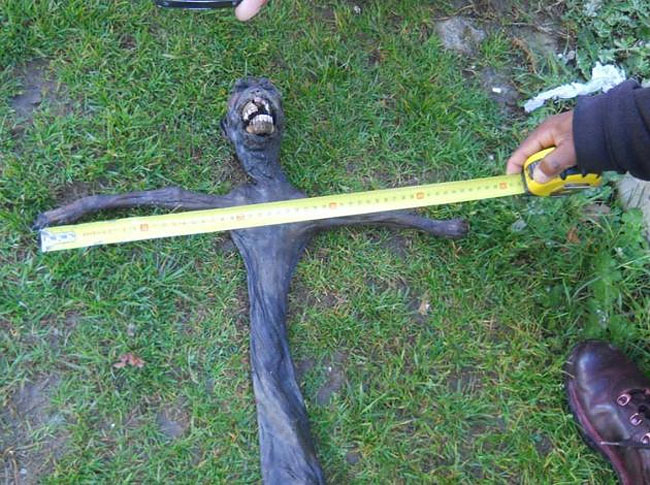 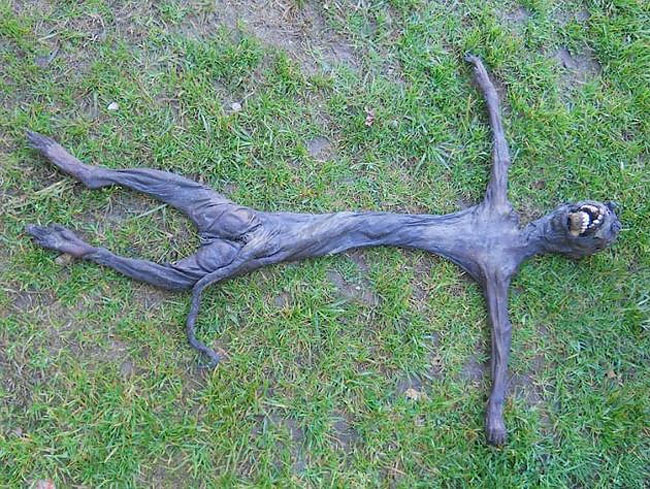 The body of a baby baboon, which initially baffled locals in South Africa, is pictured as it’s sprawled out on the grass. (Photo Llewellyn Dixon/Yahoo News) 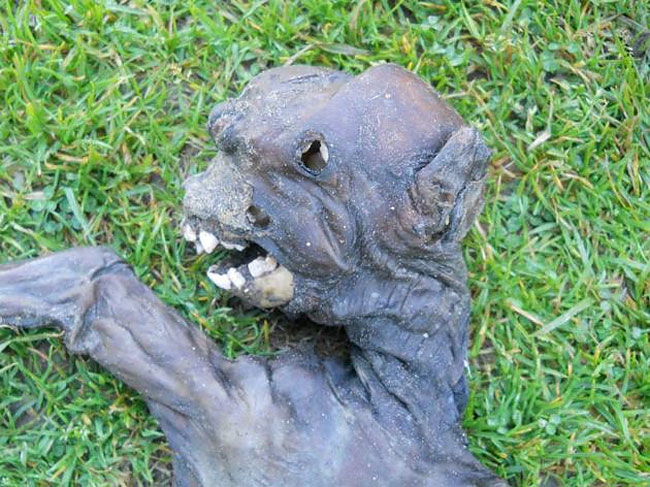 A close-up view of the baby baboon that baffled locals in South Africa, who initially thought the mysterious reature was an alien. (Photo Llewellyn Dixon/Yahoo News)

An Adorable Guide To The Dogs Of The World By Geographic Origin By Artist Lili Chin
Amazon Is Selling Chicken Harnesses That Help Your Chicken Cross The Road Safely
Back In Black: This Rare Indonesian Chicken Is Completely Black From Feathers To Bones
A Beautiful Scowling Curly-Haired Cat
Colombian Daredevil Dog Skydives For Military Training
The Cat House on the Kings is the Largest Cat Sanctuary
Meet The World's Oldest Cat: Nutmeg The Grumpy Tabby Who Is Going Strong At 31-Years-Old
Sweet Little Pet Owl Uses Mushroom as Umbrella During Sudden Rainstorm
What Life Is Like Before And After You Get A Dog
Russian Illustrator Reimagines Different Coffees As Cats
Source of inspiration since 2007. Proudly hosted by WebHostingBuzz.
Privacy Policy · Terms of Service · Content Removal Policy 🇺🇦 ❤️