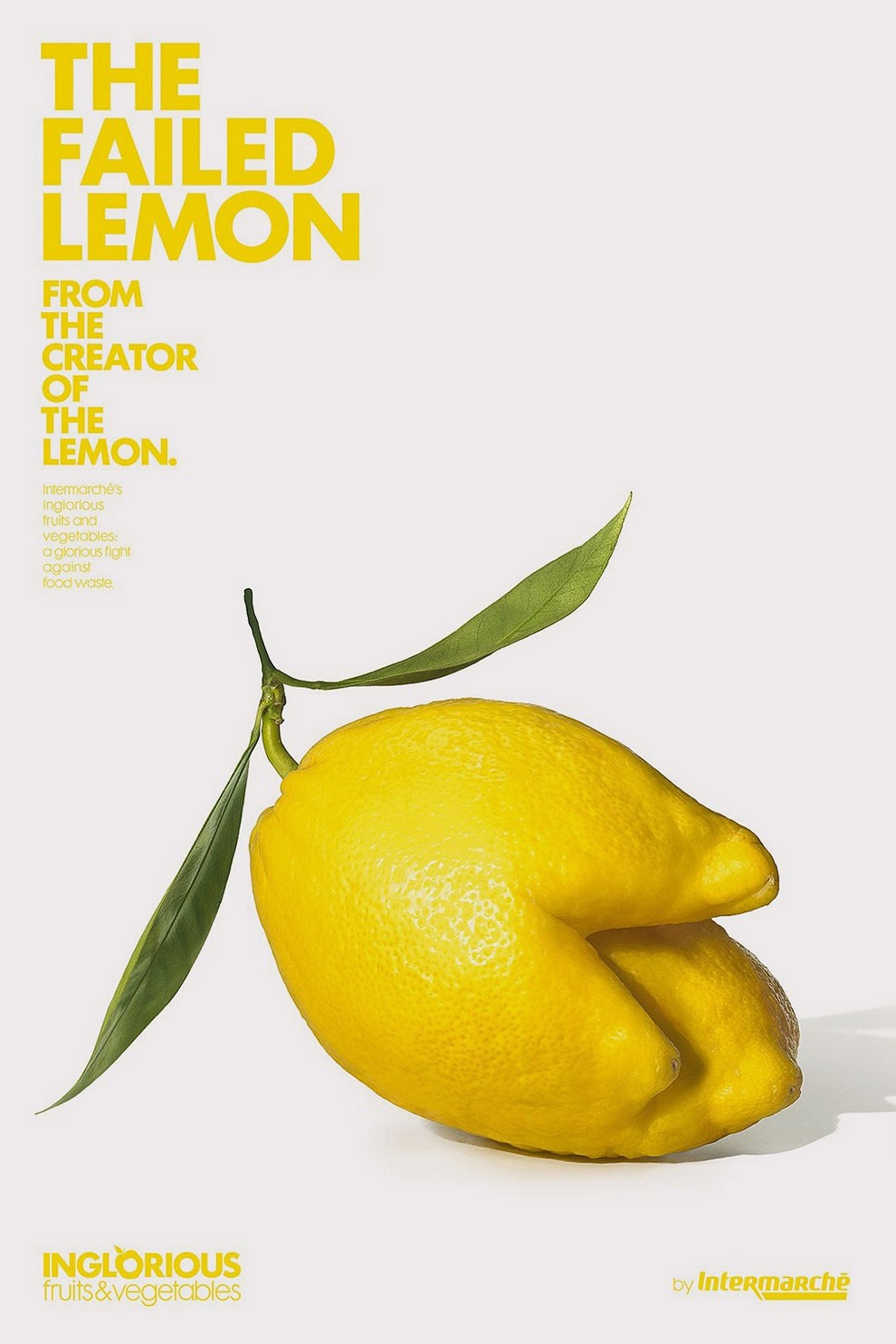 This ad campaign for French supermarket chain Intermarché, created by Marcel Paris, takes a stand against food waste. Presented in an almost generic advertising case film, it still leaves us with a beautiful print series and a beautiful thought. 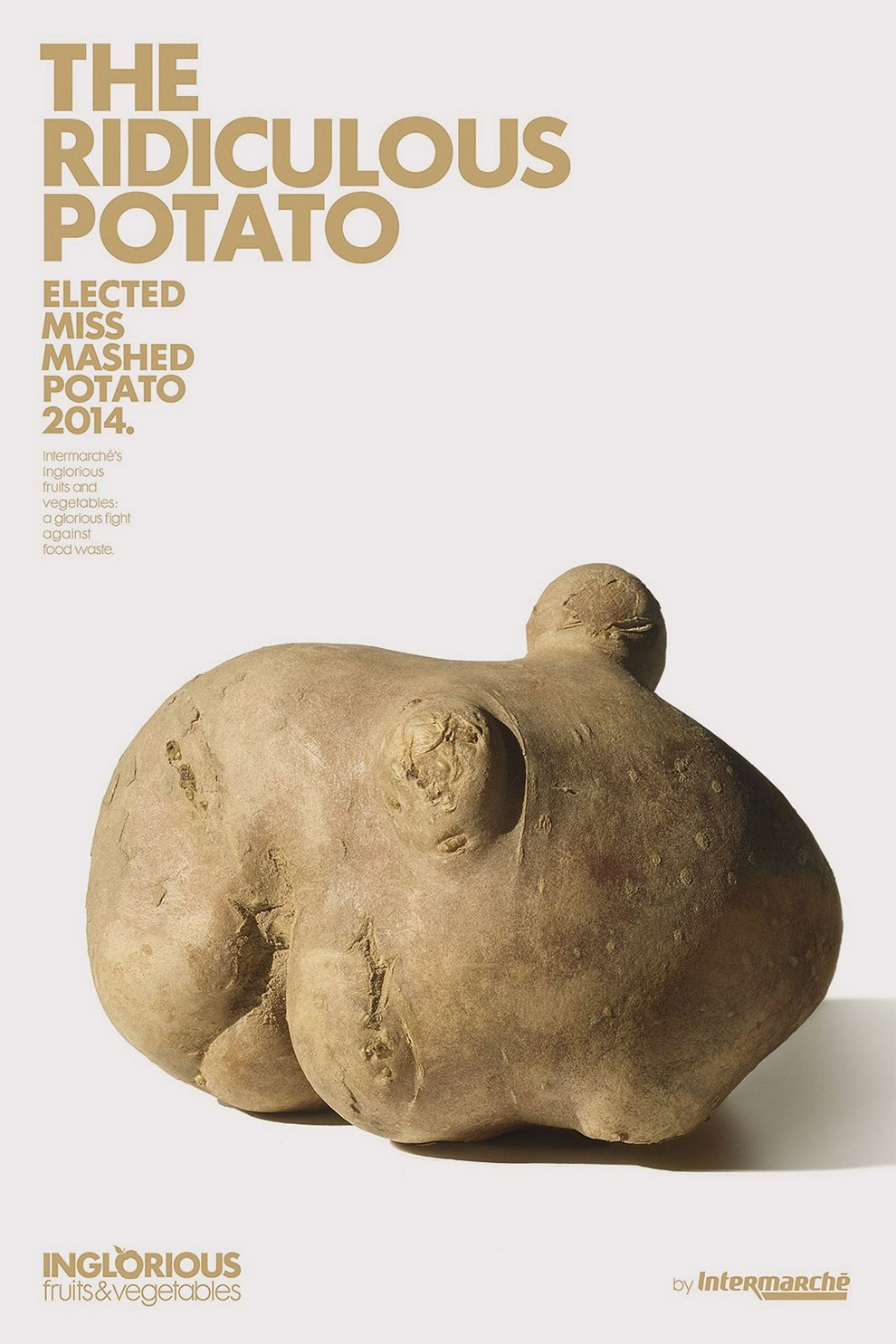 Each year, we throw over 300 million tons of fruits and vegetables away worldwide. Why? Mainly because of their aspect (57%). As the European Union made 2014 the European year against food waste, Intermarché the 3rd largest supermarkets chain in France, decided to try and change their customers perceptions to encourage better behaviours towards the non-calibrated fruits and vegetables. How? By showing them that though they might by ugly looking, they are as good as any others. 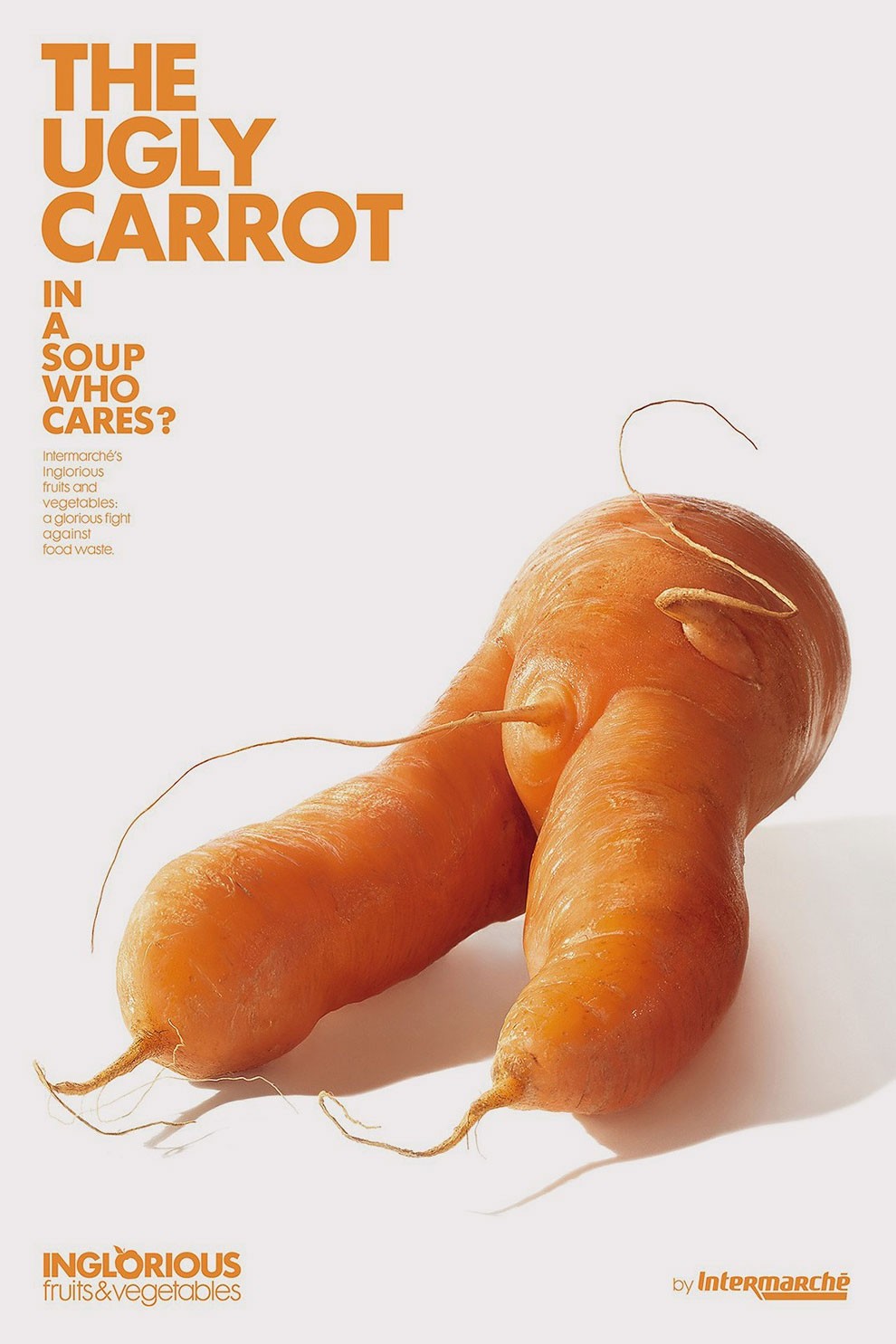 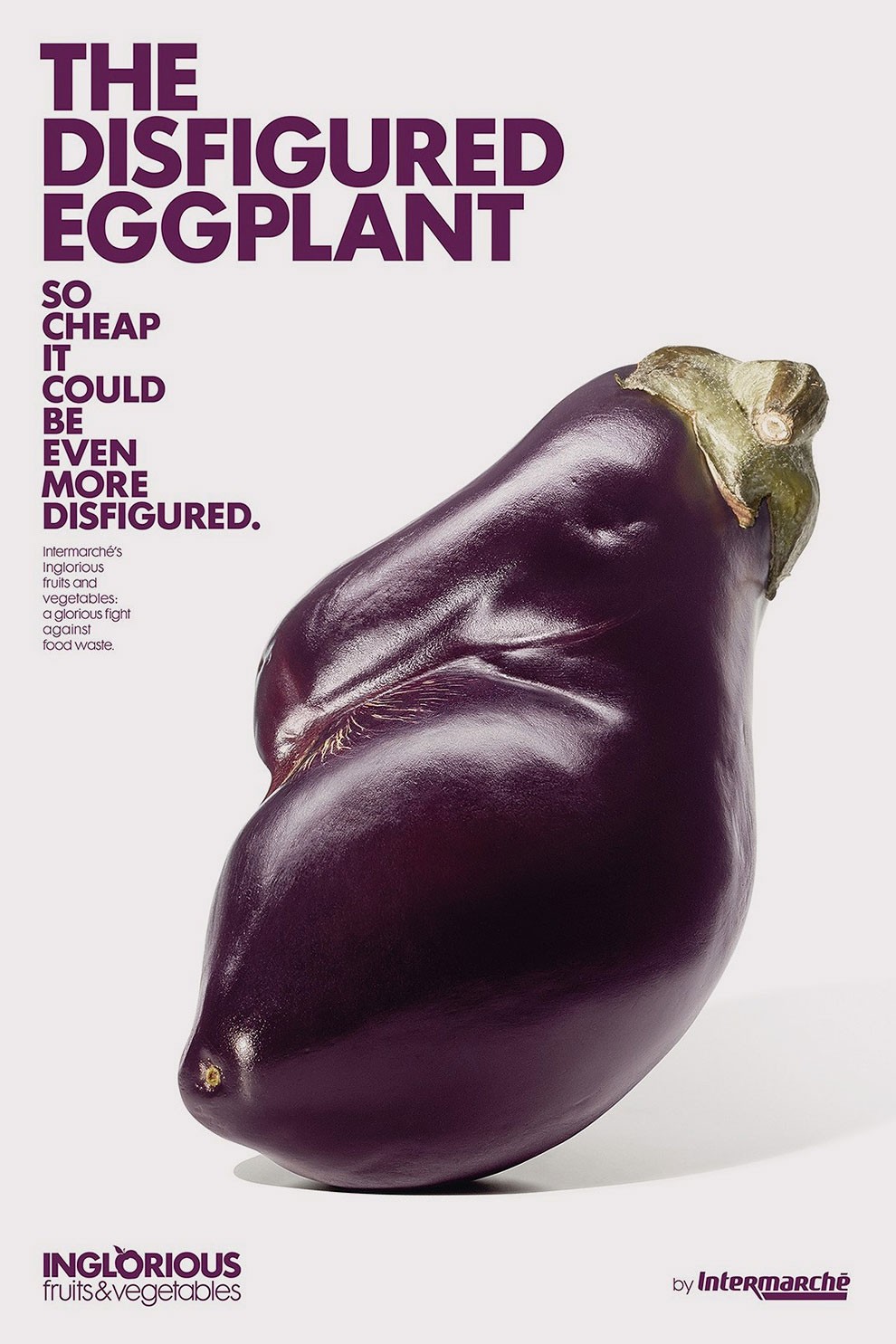 Intermarché launched “the inglorious fruits and vegetables”. A campaign to rehabilitate the imperfect fruits and vegetables by celebrating the beauty of the ridiculous potato, the hideous orange or the failed lemon… For the very first time, a supermarket decided to change the way the system works. Intermarché bought from its growers the products they usually throw away, and sold them in stores just like any others, but 30% cheaper to make it attractive to its consumers 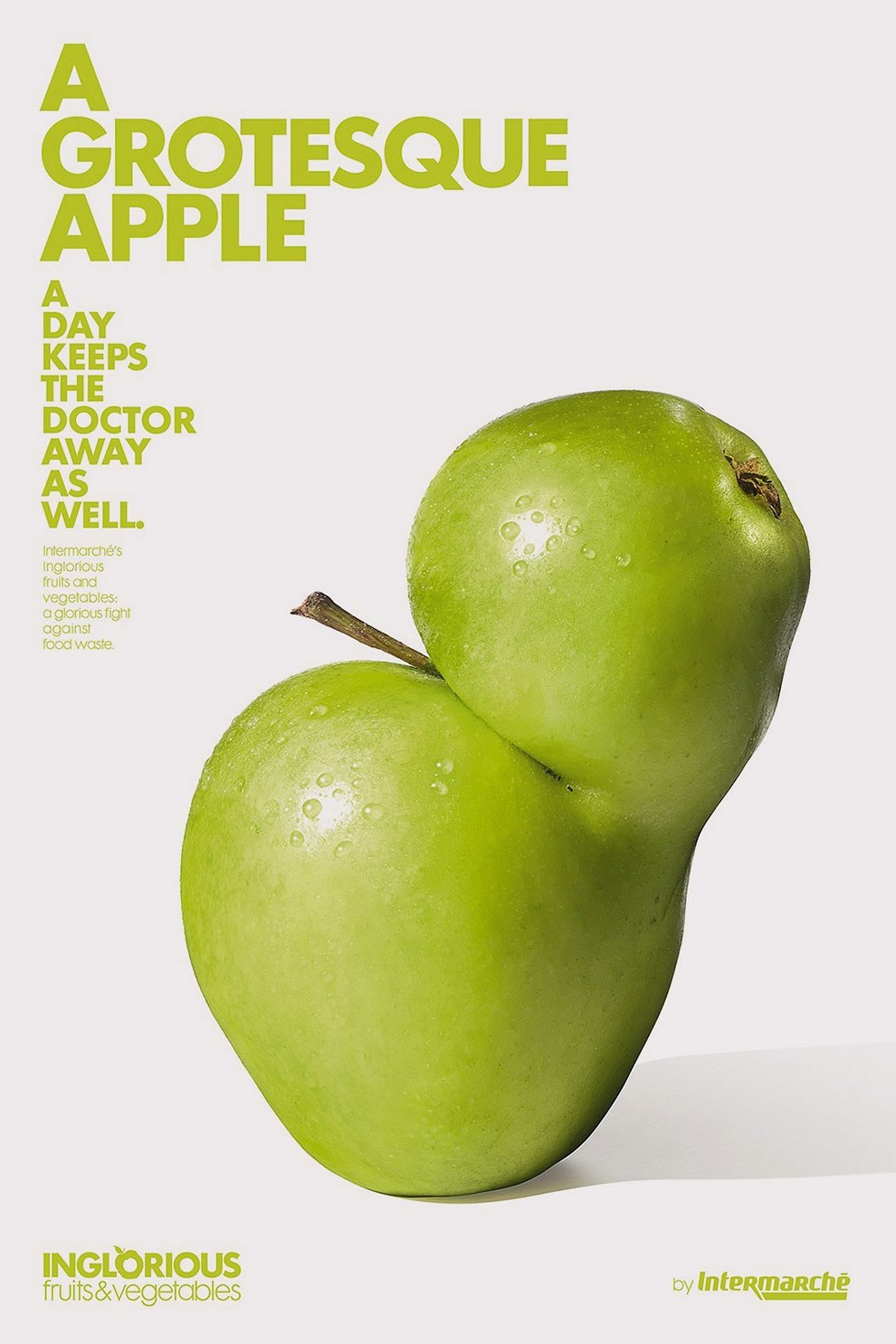