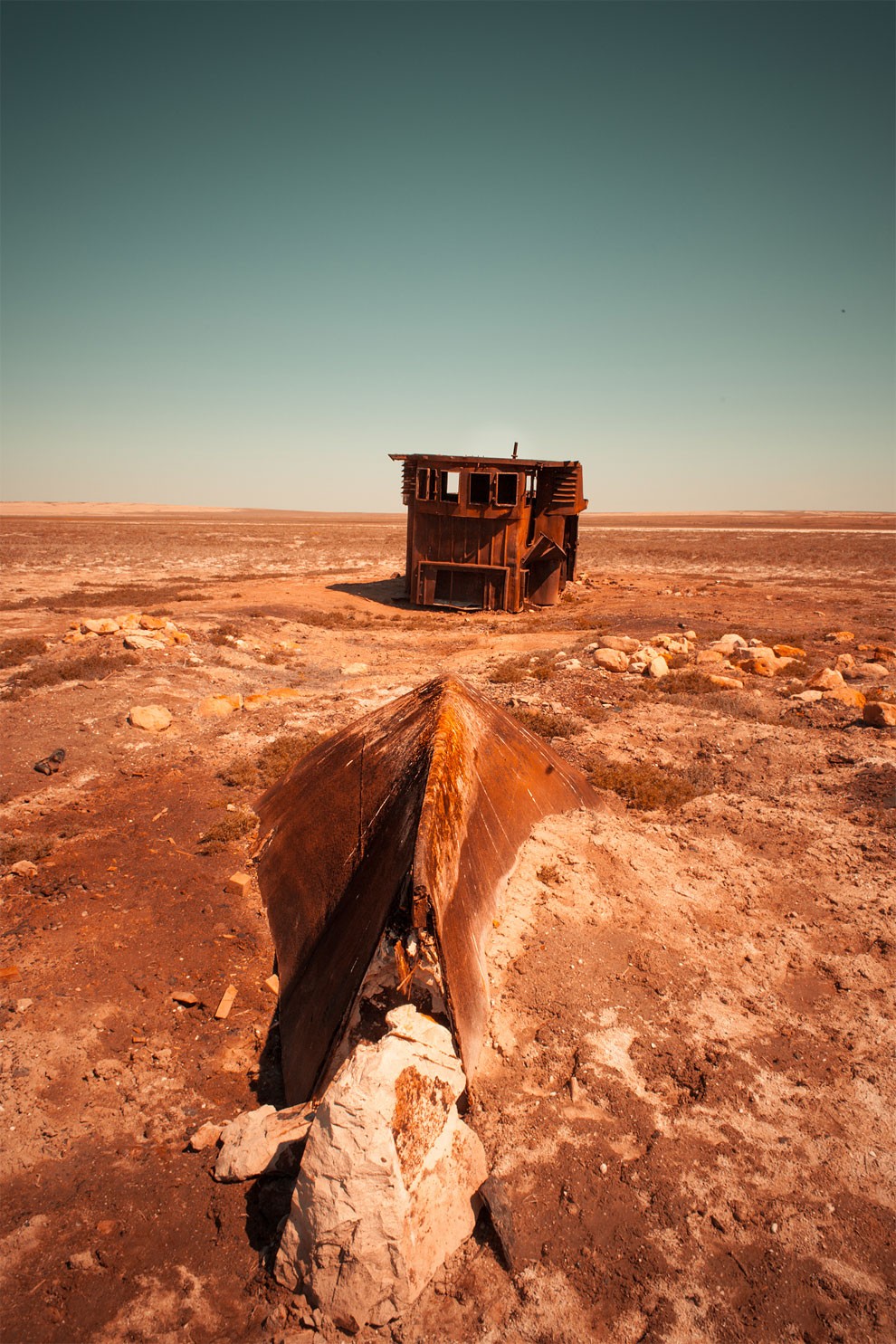 They told us that the sea had gone far beyond the horizon, leaving in his desperate flight a sandy and salty soil, and some hulls offering their tired shadows to animals of an infinite steppe. 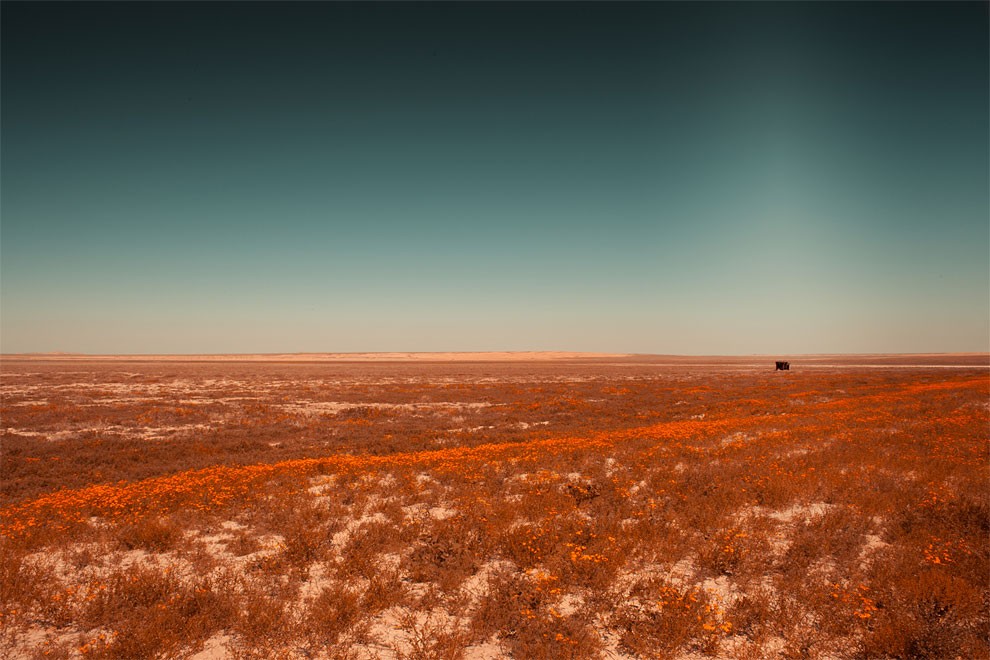 Aral, his name is known to all , on the scale of a human life the immense salt water lake has given way to a Martian plain baked by the sun of Central Asia, a sea offered a burnt offering on behalf of the cotton monoculture and the geopolitics of water of the countries once bathed by its waves. 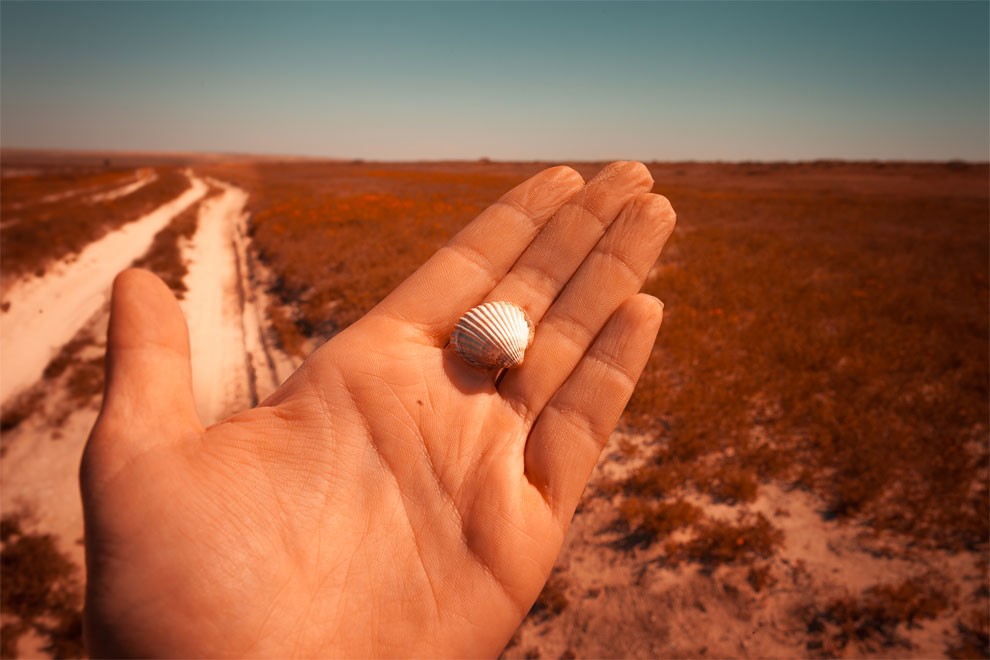 They told us that the sea will come back , its blue waters less salty than tears and more fishy than in our memories. Since we are waiting in the shade of the boats … 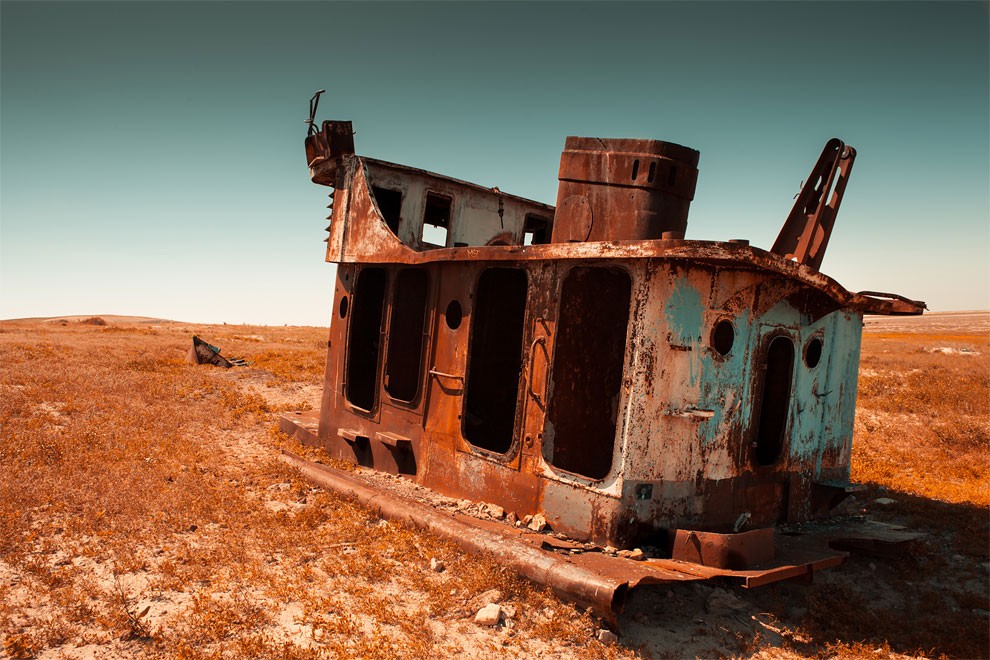 Photo project by Hélène Veilleux. She is a French photographer based in Lyon.

Baikonur, Chernobyl, Transnistria. The pictures of Hélène Veilleux are part of an attempt of questioning the real, exploring the concept of «Zone»: these spaces, whether real or fictional, where what we take for granted is a little less. Where certainties crumble, giving way to something certainly. 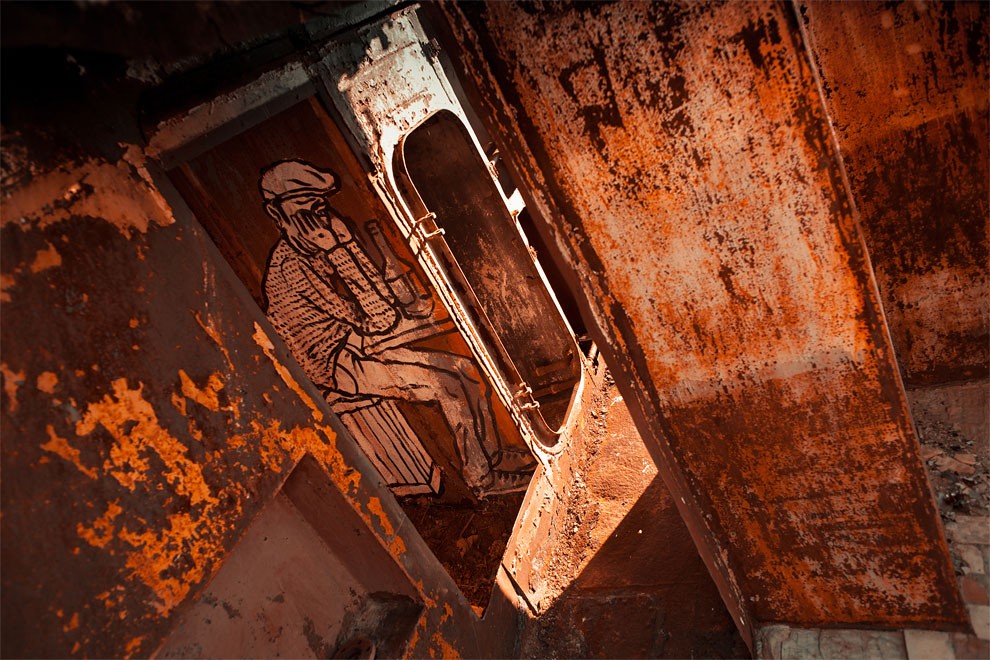 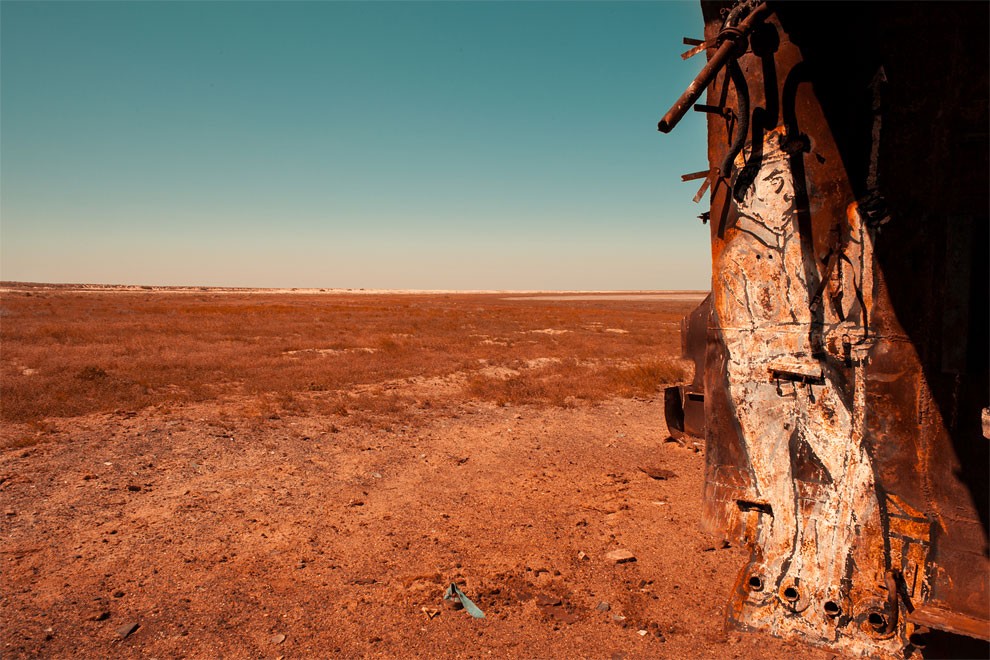 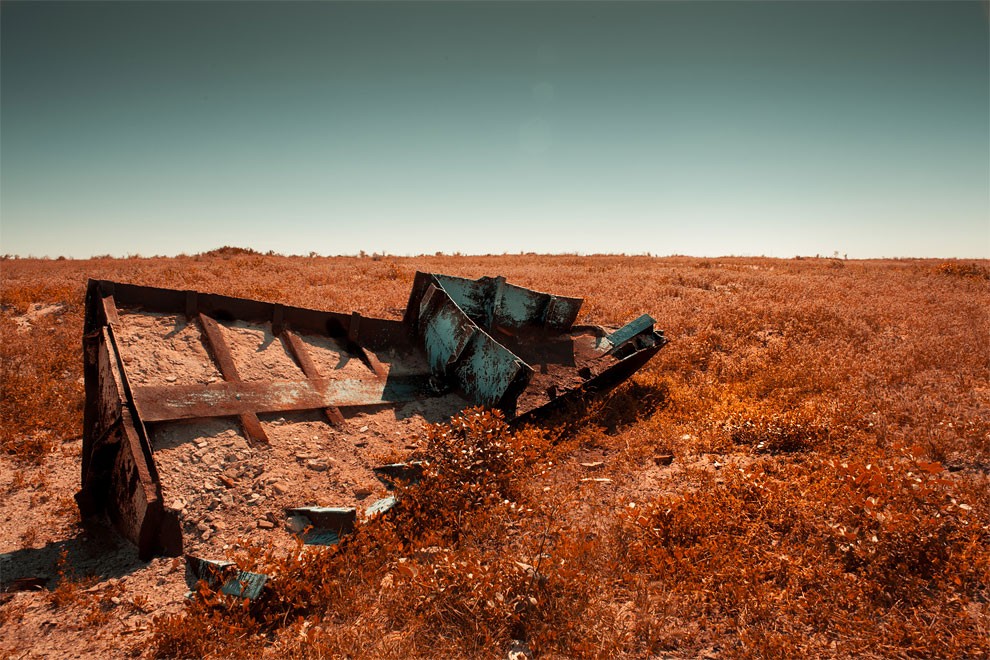 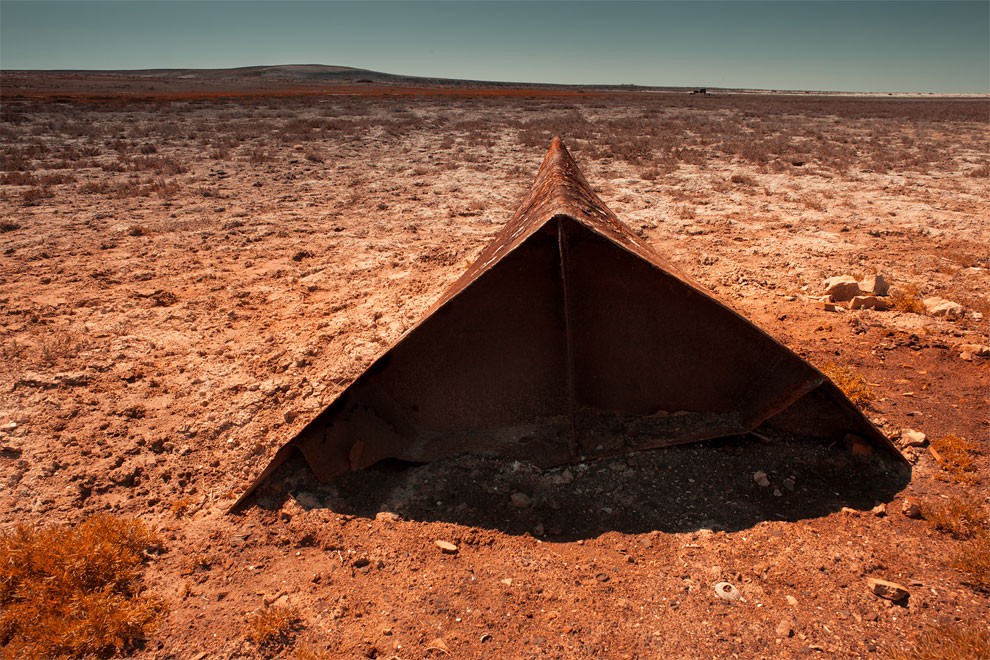 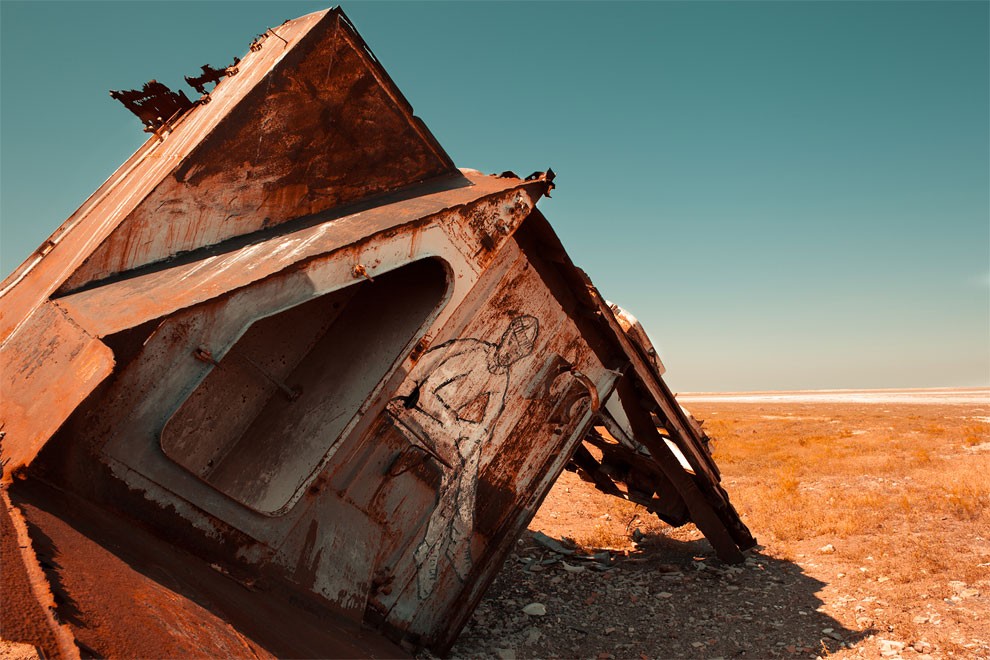 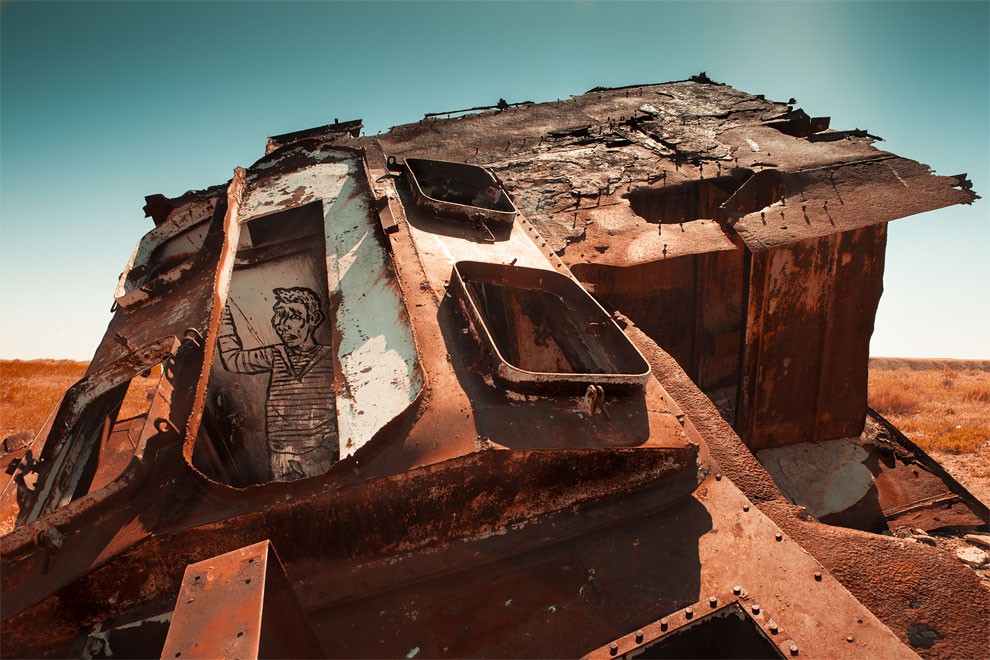 Photographer Andrei Mihai Captures The Little Ballerina Levitating On The Streets Of Bucharest
A Photo Serie Where The Dancer And Photographer Arthur Cadre Twist His Body Into Mesmerising Position
Photographer Captured Stunning Pictures Of Milky Way In Finland’s Most Desolate Landmarks
Nature Interiors: When Nature Invades Abandoned Places
An Artist Creates Stunning Portraits By Combining Photos Of Celebrities
Photos Of The New Colossal Futuristic Library In China With 1.2 Million Books
The Lost Photos Of Barcelona Give Up Their Secrets
“Life Is Too Short To Be Unhappy”: Dublin Student Beat Depression By Befriending Sharks, Stingrays And Pigs In The Bahamas
Series Of Shots Show The Abandoned Bare Steel Infrastructure Of The Bushfield Army Training Camp In UK During WWII
Funny Vintage Photos That Captured At Just the Right Time And The Right Angle
Magical Photos Of Budapest At Christmas Time
This Guy Rates Benches All Around The UK And The Reviews Are Spot-On
A Few Interesting Photos From The Past
Artist Finds Solace In Dreamlike Photography After Mother Passes Away
Alone Together: Photographer Portrays Ordinary People In Their Homes In A Downbeat And Ultra-Stylised Manner
Magical Photographs Of The Snow-Covered Small Japanese Town
People Of The World: Māori In Stunning Photographs By Jimmy Nelson
The New London Hot Spots? Cafés That Used to Be Public Toilets
A Series Of Photos Show The Frogs Hitched A Lift On A Passing Crocodile
Photographer Adrienne Salinger’s Series Of Teenage Bedrooms From The 90s
31 Stunning Black And White Photos Of Europe In The Fifties Through A Soldier‘s Lens
Haunting Photos Of Moscow’s Young Ravers And Their Lives After Dark
French Artist Creates Surrealistic Images That Show A Post-Apocalyptic World Overtaken By Nature
First Sahara Desert Snow Miracle In 40 Years Captured In Stunning Photographs
abandoned, helene, photographer, photos, surreal, veilleux