When Jenny Tay and her fiancé, Darren Cheng, say, “Until death do us part,” they really, really mean it. The couple took beautiful wedding photos, choosing to pose in their gown and tuxedo with a large, gleaming white casket. They posed sitting on the coffin and even snuggled up inside of it. 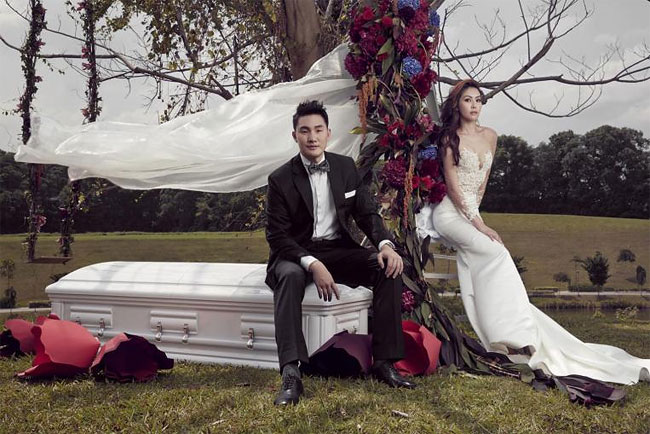 But while most odd wedding photos (especially in the Instagram age) are just reflective of a couple’s quirky taste, Tay and Cheng are both very serious about their choice. Both the bride and groom work in the funeral business. 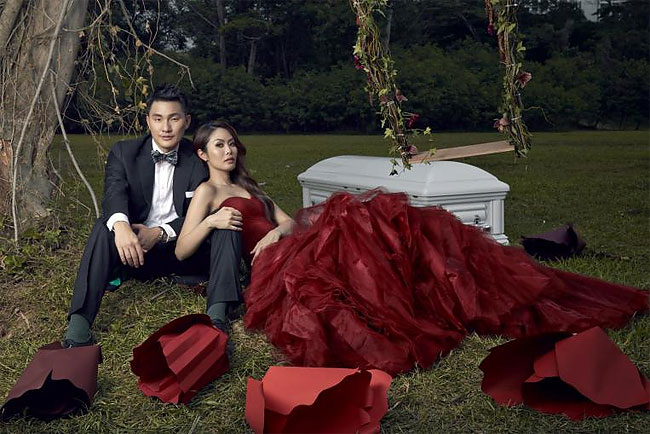 “Our business is very much a part of our lives,” Jenny Tay, 29, the managing director of Direct Funeral Services, told the Straits Times of Singapore. “When couples take wedding pictures, many of them think of something significant and meaningful to them — their favorite café, the place where they first met.” 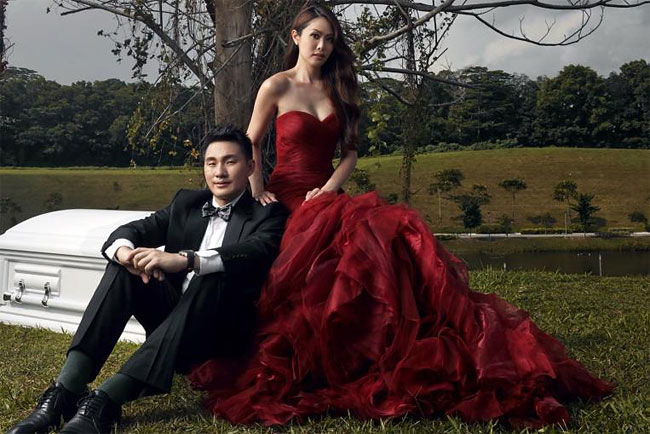 “Both of us are very passionate about our jobs, so I thought, why not?” Tay told the Strait Times. “Death is a part of life and shouldn’t be seen as taboo.” The couple lives in Singapore, where they work together at Direct Funeral Services. 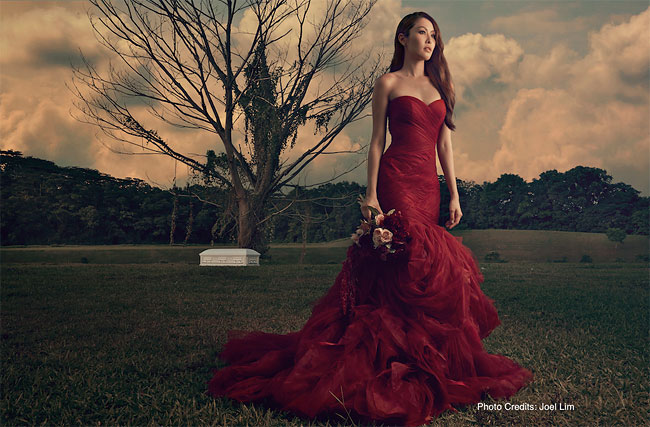 “We wanted it to be pretty and whimsical, not at all morbid, so we staged it there and not in an actual cemetery,” Tay said. “We also didn’t want to scare people, and the reaction to it has been very positive.” She notes they don’t plan to display the photos at their wedding ceremony, which is planned for October. 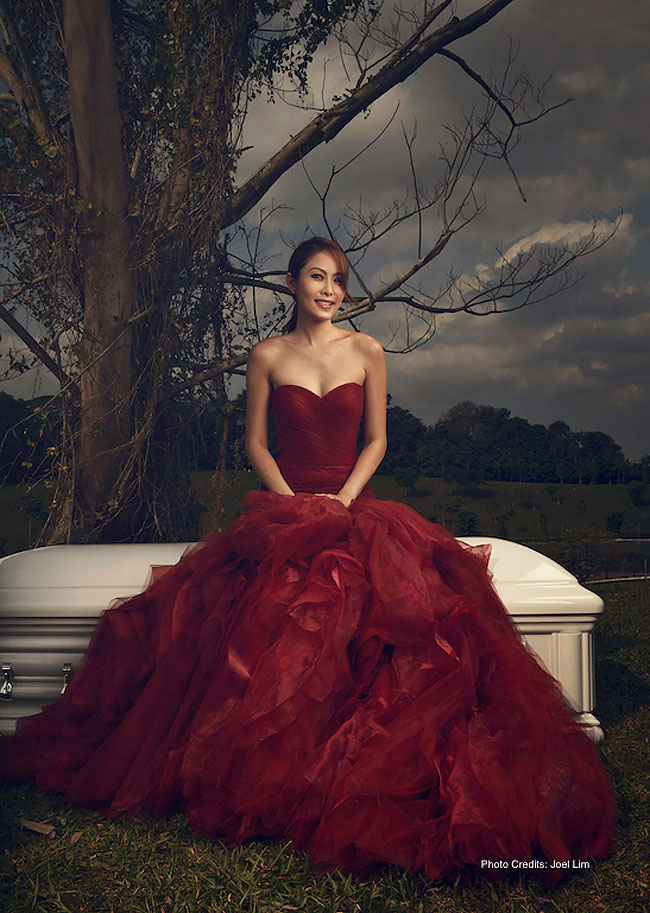 This Couple Builds A Portland Tiny-Home, Lives For Free And Endlessly Travels In A VW Bus
Stunning Vintage Photos Show The Beauty Of African-American Women From Between 1920s And 1940s
Photographer Nicholas Ku Explores Urban Asia From Above
Fight Like A Gentleman: The Art Of Self Defense, ca. 1940s
Korean Artist Illustrates The Daily Life Of A Loving Couple In An Intimate Way
These Twisted Vintage Portraits Were Made Before Photoshop
Marvelous Portraits Of Beautiful Russian Women By Sergey Shatskov
Stunning Portraits of Wild Animals by Brad Wilson
Photographer Takes Funny Pictures Of Herself And Her Dog In Silly Costumes
Cyberpunk And Futuristic Street Photography By Yuto Yamada
2007 ‒ 2022 by Design You Trust. Proudly hosted by WebHostingBuzz.
Privacy Policy · Terms of Service · Content Removal Policy ❤️ 🇺🇦