The Lost Tribes Of Tierra Del Fuego: Rare And Haunting Photos Of Selk’nam People Posing With Their Traditional Body-Painting 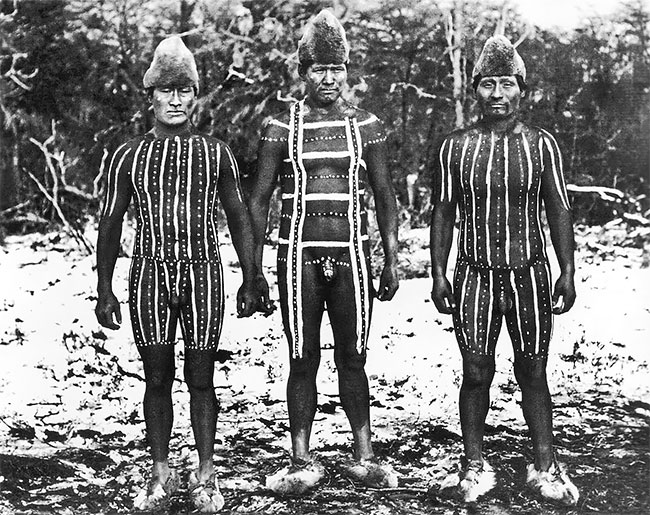 The Selk’nam, a stone-age hunting culture inhabited the Tierra del Fuego area of southern Argentina and Chile for 7,000 years. During those times the tribes lived nomadically and in tune with the land—hunting, gathering and fishing. 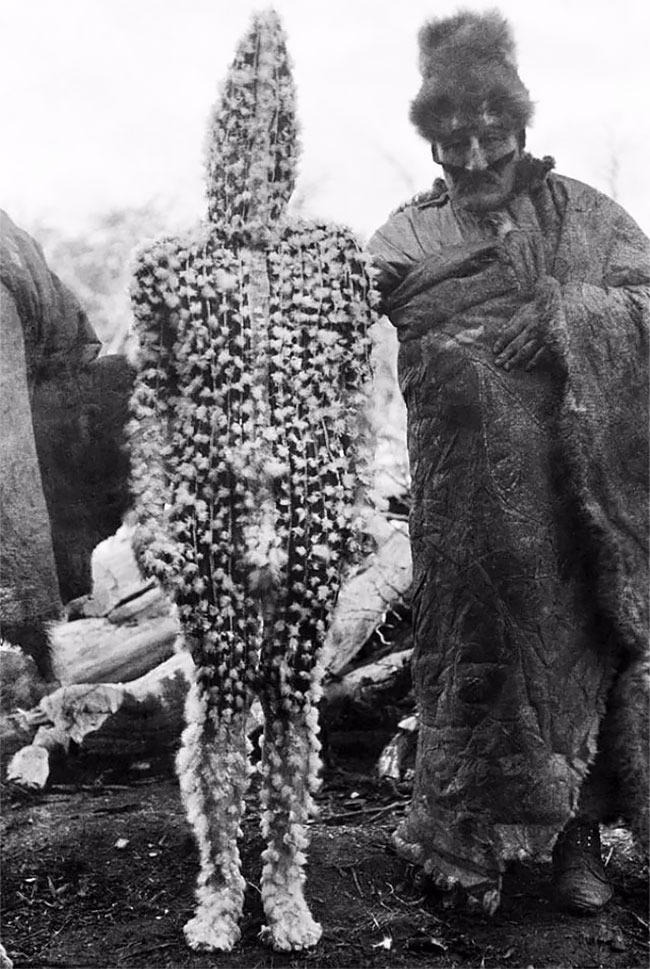 The Selk’nam had no chiefs, but were instead led by wise men (‘fathers of the world’) who were believed to possess spiritual power over people, weather and events. The tribe’s most sacred ceremony was the coming-of-age, or the ‘hain’. Adult male members of the tribe would be painted with red, black and white paint and don fur, down and bark costumes, impersonating much feared spirits. Over a period of days or weeks they would conduct a complex initiation to transition boys into manhood. 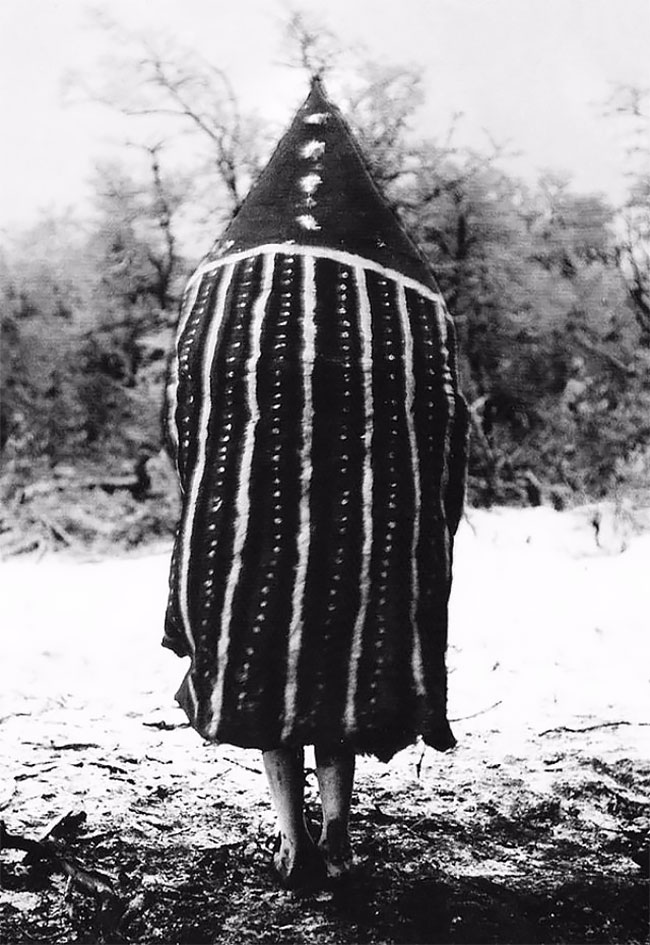 One of the last such ceremonies was performed in 1920 and recorded by the missionary, Martin Gusinde. When Gusinde was ordained as a priest in Germany in 1911, he hoped to travel to New Guinea to work as a missionary among exotic tribes. Instead, his superiors sent him to Chile to teach at the German school in Santiago. Within a few years, however, he found his calling at Chile’s Museum of Ethnology and Anthropology, carrying out expeditions to Tierra del Fuego in the far south of Chile and Argentina. 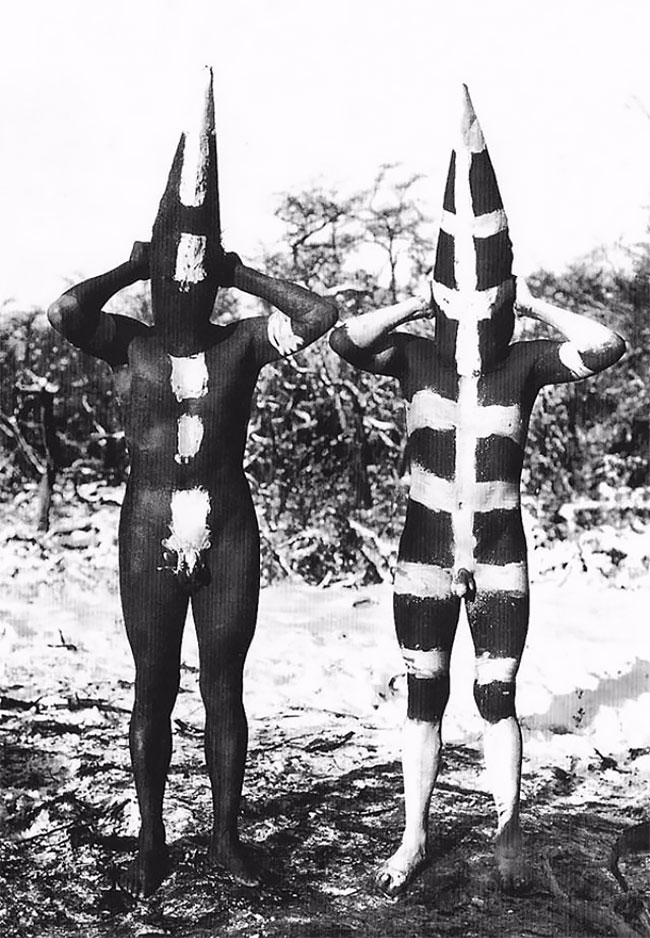 Gusinde first went to Isla Grande de Tierra del Fuego in December of 1918, filled with (in his own words) “indescribable enthusiasm” and “youthful dreams” of an encounter with archaic tribes. Gusinde’s haunting photographs of the Selk’nam, Yamana, and Kawésqar peoples present a way of life that was already on the brink of extinction when he visited the region in 1918–1924 and that has since ceased to exist. 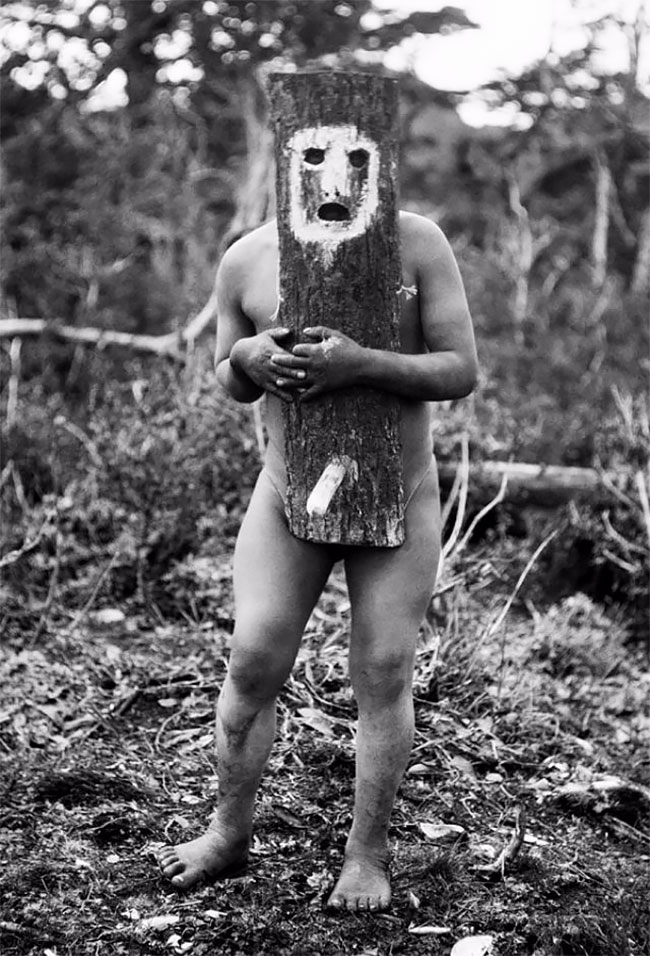 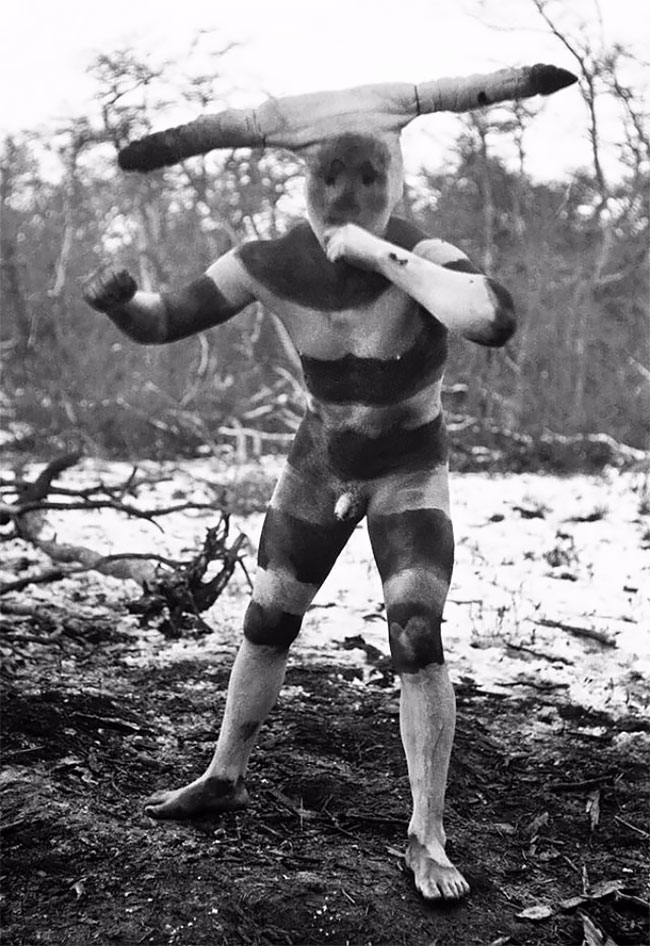 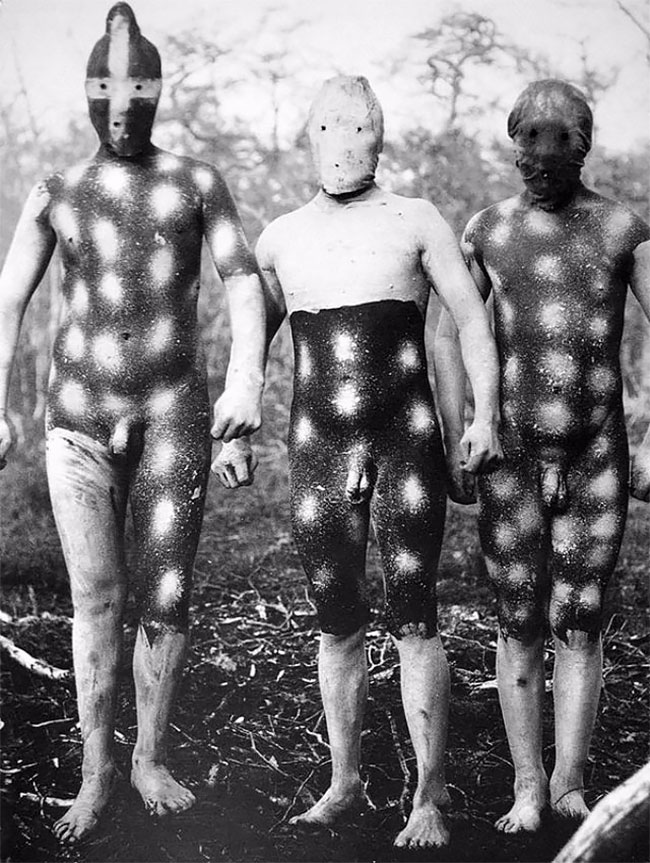 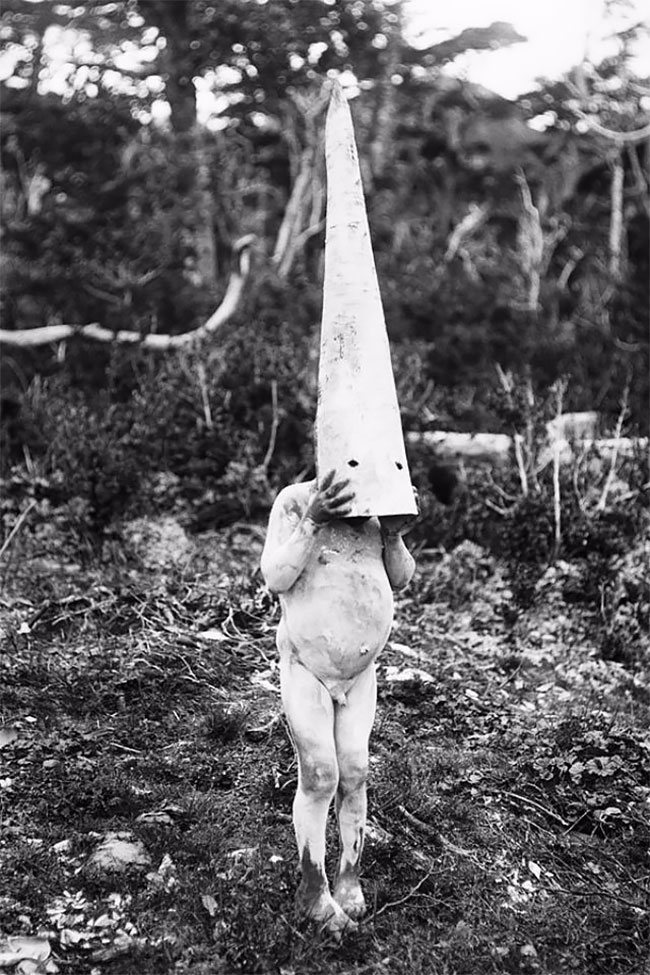 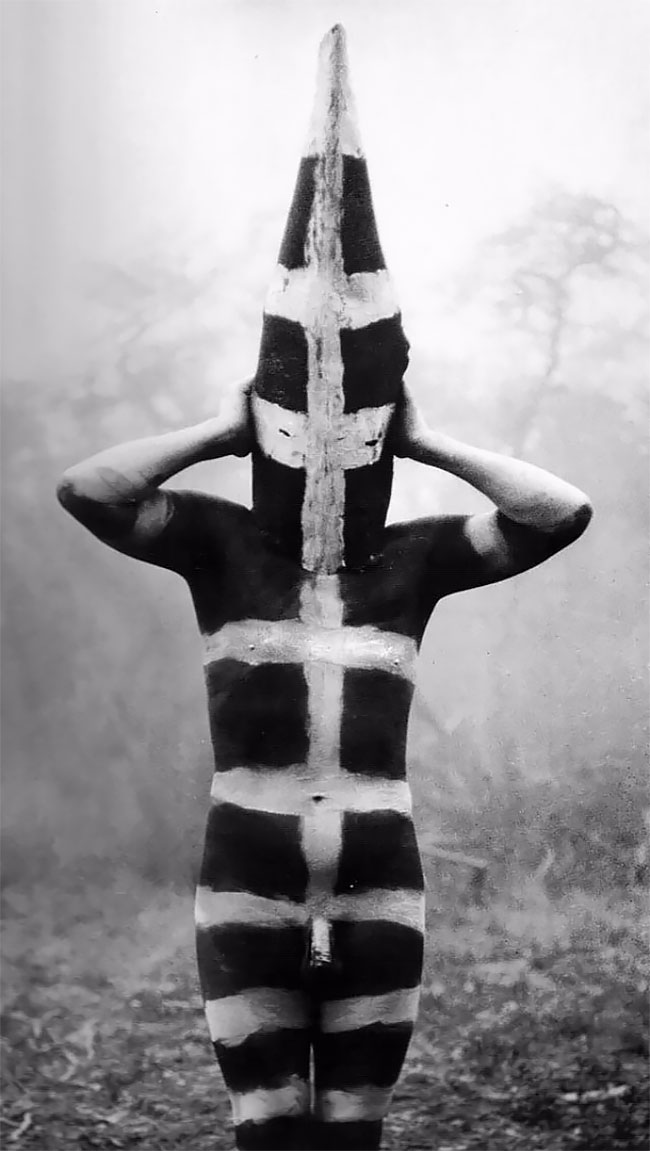 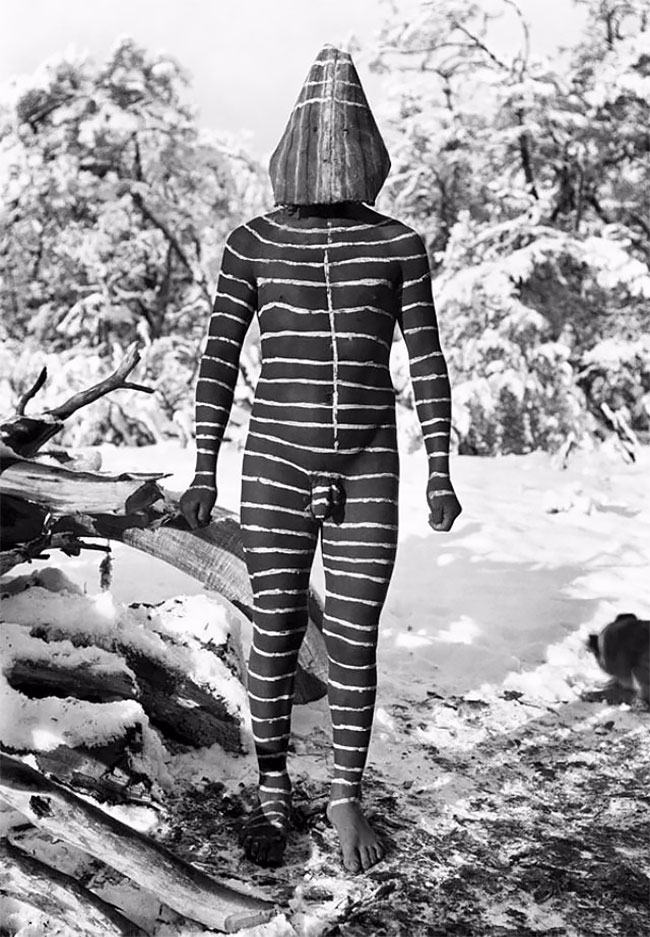 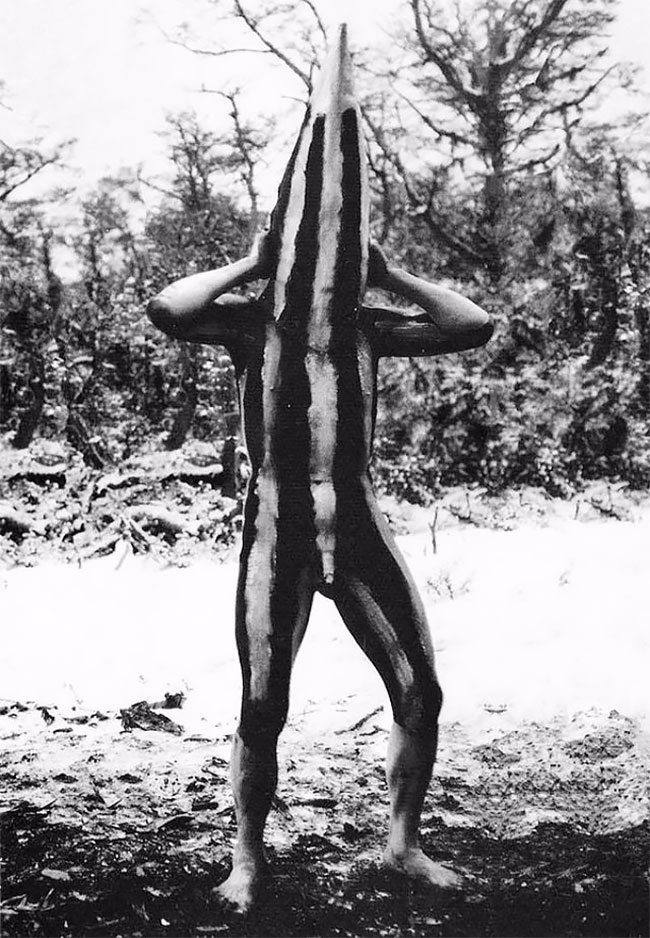 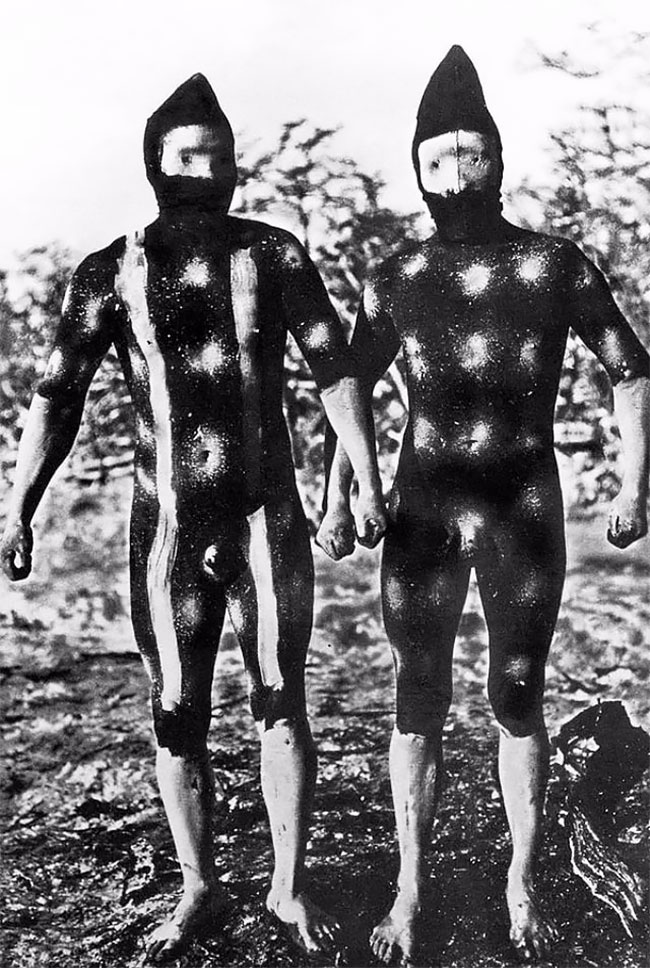 Europe's Largest Abandoned Underground Military Air Base
Epic Photos Of The Divers Swim With Sperm Whales
Amateur Photographer Captures Minimalist Photos Of Beautiful Berlin Architecture
31 Stunning Black And White Photos Of Europe In The Fifties Through A Soldier‘s Lens
Beautiful Photos Of Vietnamese Street Vendors From Above
100 Homeless People Were Given Disposable Cameras And These Are Some Of The Amazing Results
Cozy School Bus Conversion
Astonishing Fairy Tale Photos Help Sick Kids Enjoy Magic Moments
Best Photos of Mountain Summit Contest 2011
A Disco Party in the Middle of Africa
Unbelievable Photos from Lamborghini's Birthday Tour of Italy
Abandoned Sharing-Bikes Create 'Graveyards' In China
LIFE Magazine's Sexiest Photos Of All Time
Photos Of Beautiful US Marine Wives on “Jane Wayne Day”
Tundra Lodge Rolling Hotel: Sleep Among Polar Bears In The Middle Of The Arctic
"HAZMAT Surfing" Photos Predict a Poisonous, Dark Future for Our Oceans
18 Photos Which Show Life From A Different Perspective
These Beautiful Photos Of Subway Stations Will Transport You From Your Daily Commute
September 16: This Day In Photos From The Past
Stunning Finalists Photos From The "Through Our Eyes" Homeless Photography Project
Fascinating Colorized Photos Of Refugees During World War II
William Burke Creates Weird Illustrations That Will Send A Shiver Down Your Spine
"People In Cars": Candid Photos Of Drivers In Los Angeles In The 1970s
This Hotel Room Lets You Sleep Under The Stars In The Swiss Alps
fuego, haunting, people, photos, tierra, tribes

Try Not To Gag At These Photos Of Vintage Eating Contests!
Stunning Photos Of Ecstatic Teenagers Screaming At Pop Concerts In The 1960s And 1970s
Kids Will Be Kids! James Nathaniel Likes To Turn People Into Children By Making Their Heads Bigger.
"Impressions Of The Roaring Twenties": 40 Found Snaps That Show Lifestyle Of Young People In The 1920s
This Japanese Train Station Only Exists So That People Can Admire The Scenery
Scenic Aerial View Of Terraced Fields In Guizhou, A Mountainous Province In Southwest China
These Photo Portraits Of People Watching Porn Are Funny, Sweet And Very Awkward
There's an Atmospheric Abandoned Jurassic Park Located in the Heart of Russia
This 25-Year-Old Puddle Has Its Own Instagram Account
A Daredevil Aerial Walkway Over A Tea Park In China
2007 ‒ 2023 by Design You Trust. Proudly hosted by WebHostingBuzz.
Privacy Policy · Terms of Service · Content Removal Policy ❤️ 🇺🇦