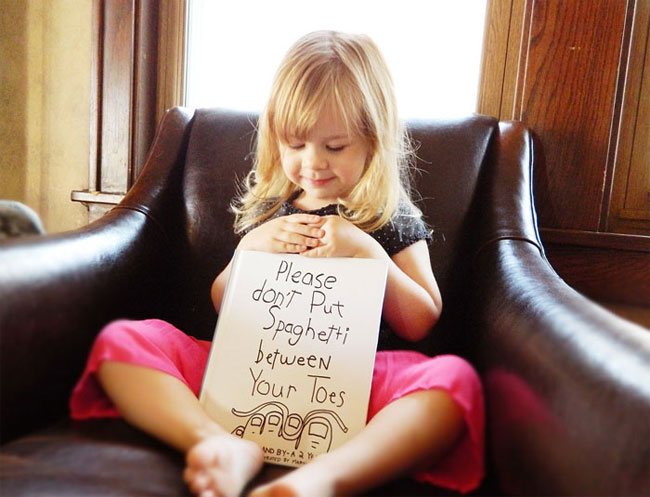 Kids say the craziest things, so this clever dad, Martin Bruckner, decided to turn the sayings of his 3-year-old daughter, Harper Grace, into illustrations. Originally, he started the project as a Mother’s Day gift to his wife, however it now turned into a popular tumblr blog “Spaghetti Toes.”

His daughters ingenious thoughts isn’t the only inspiration – conversations with toddlers often result in weird phrases from the adults as well. “Spaghetti Toes” name itself comes from his wife saying to their daughter “Please don’t put spaghetti between your toes” at the dinner table. Martin asked his wife, “Did you actually just say those words?” and Spaghetti Toes was born. 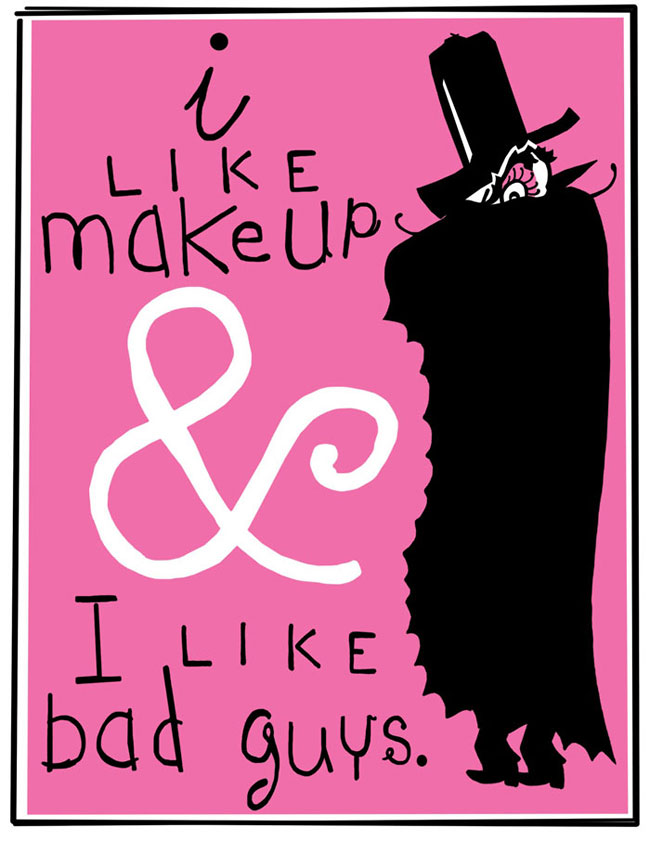 “At least she’ll grow up to be a well adjusted human being!” 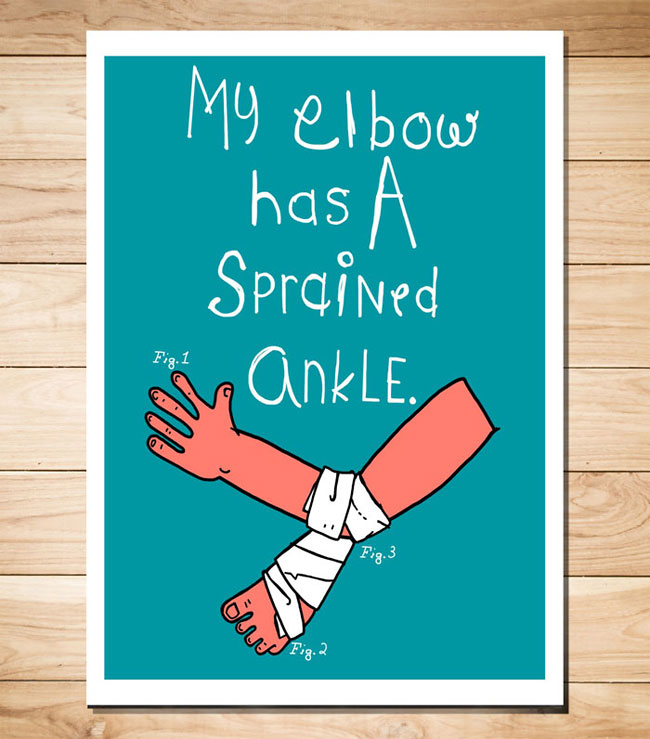 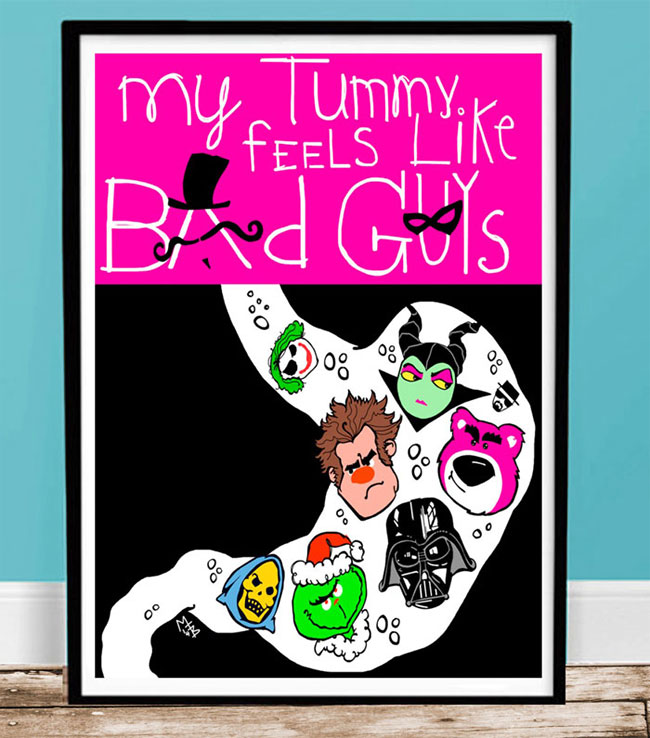 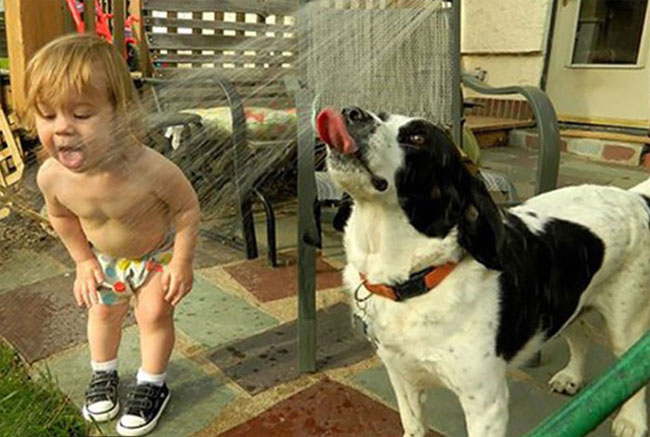 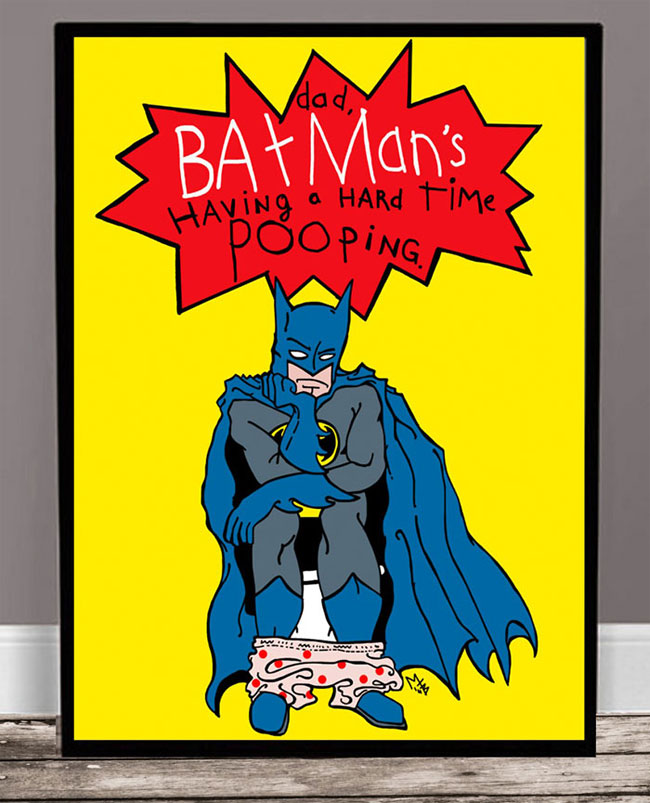 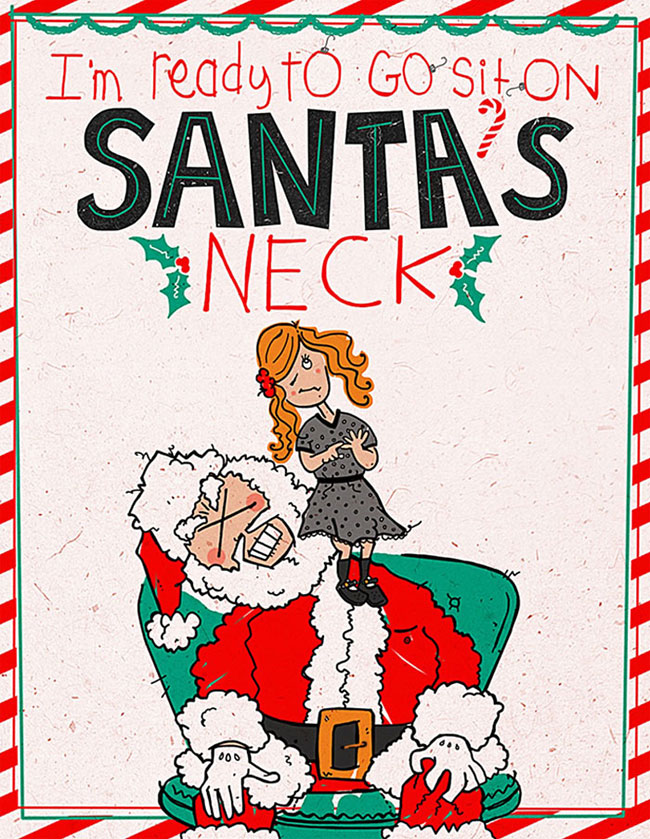 “Lap honey.. you sit on Santa’s Lap… she did eventually get it right.” 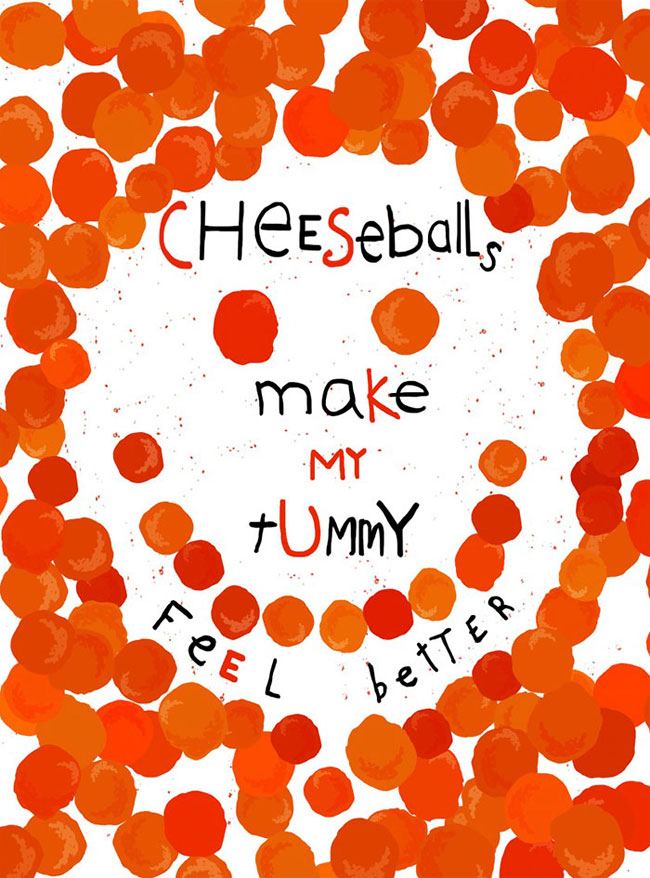 “Who knew that the answer to the age old question of stomach distress was cheeseballs.” 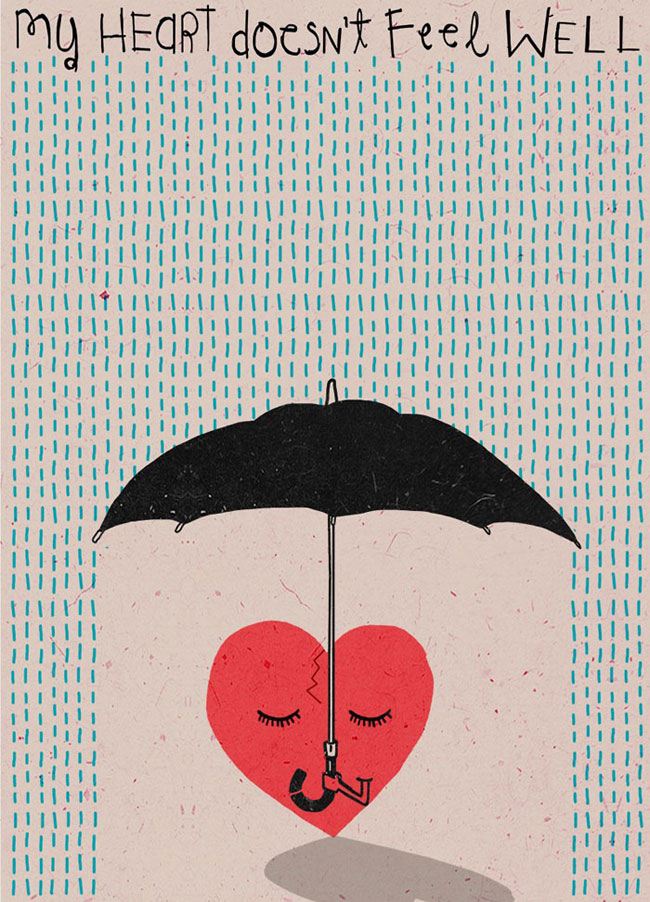 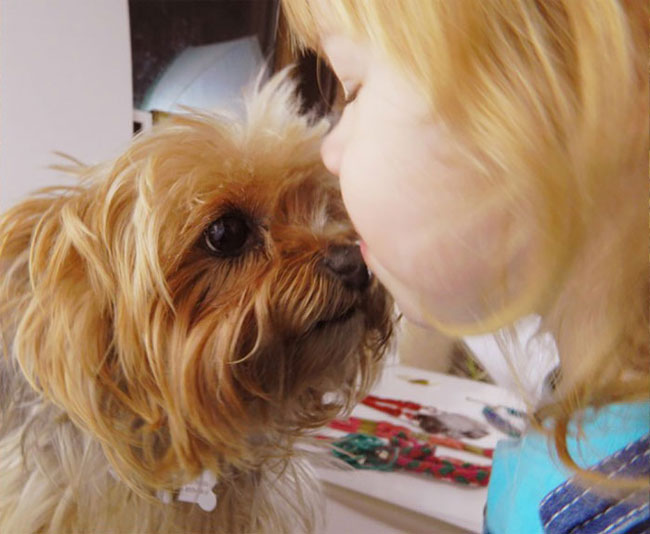 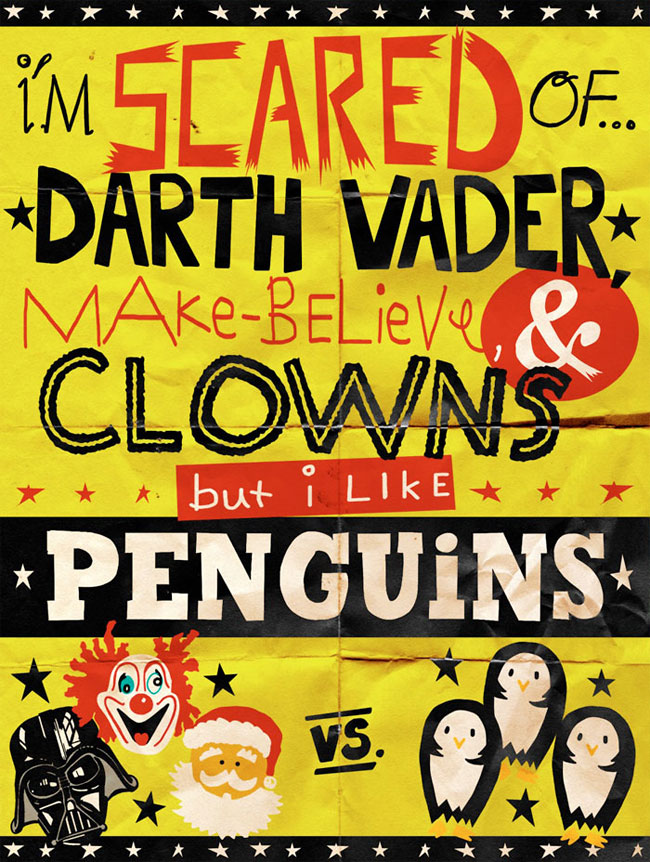 “Not sure how make-believe got thrown in here but this would make for a fun battle.” 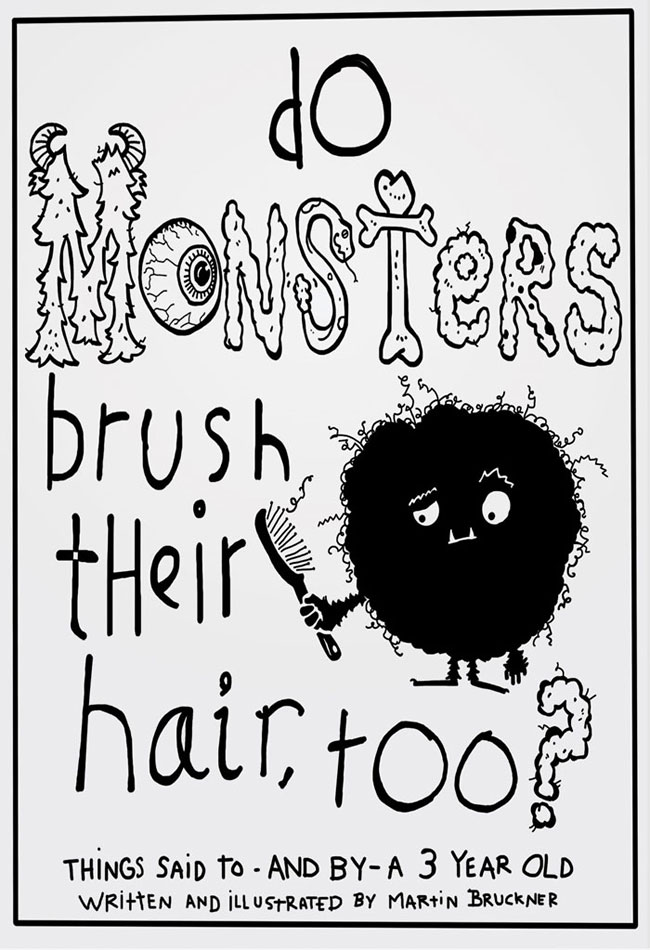 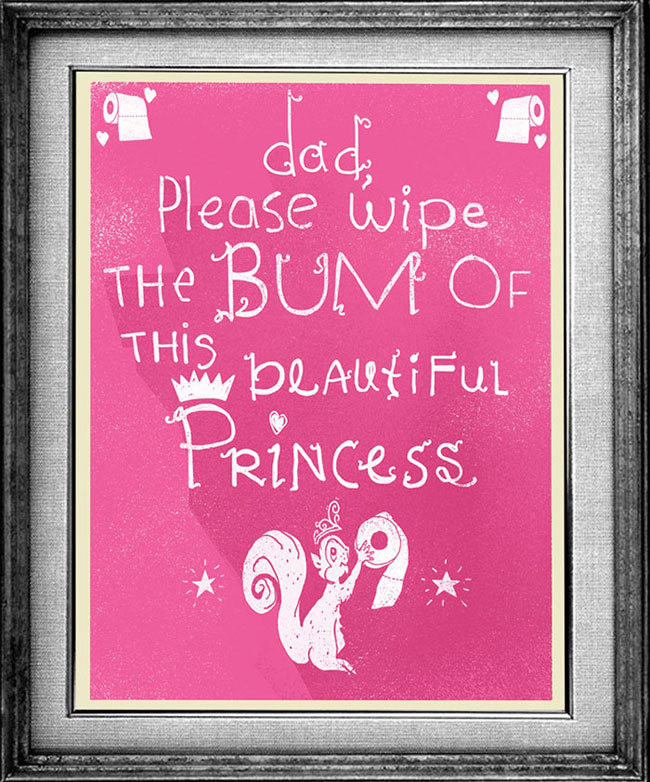 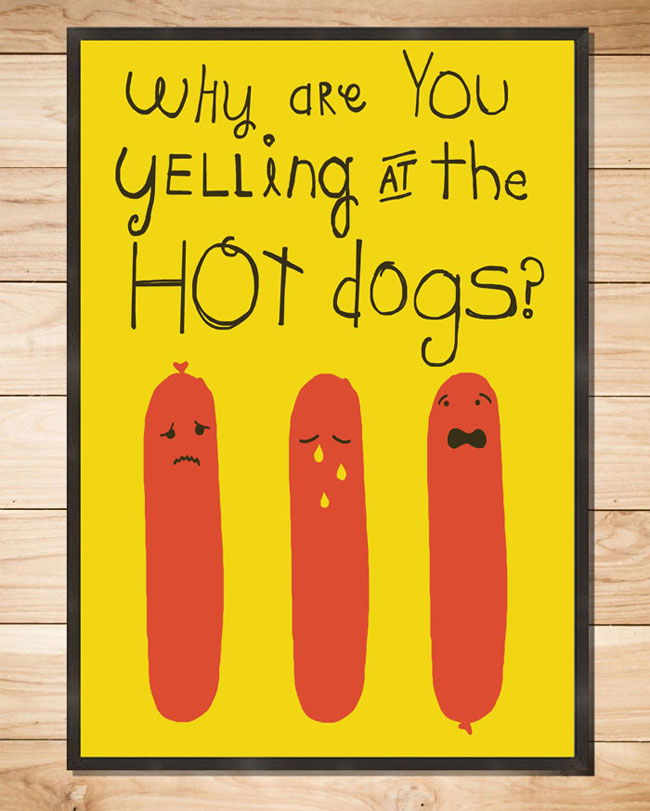 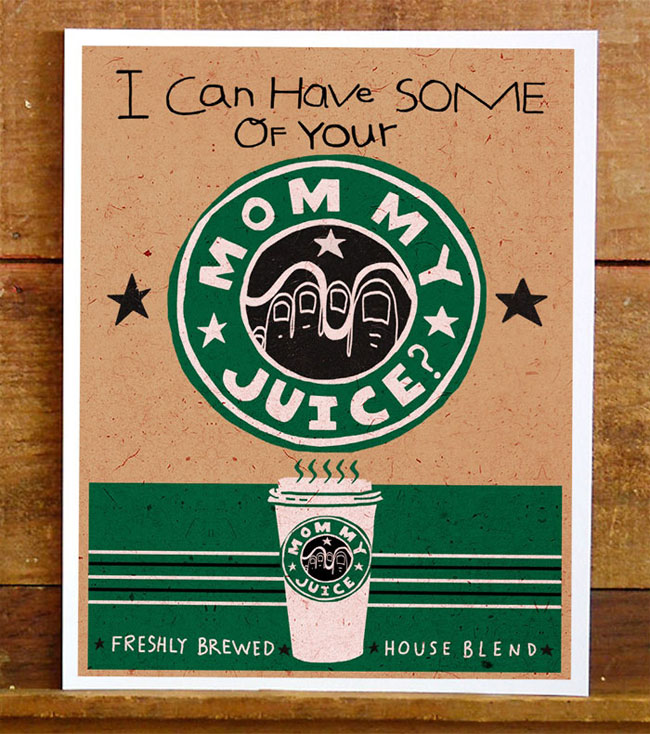 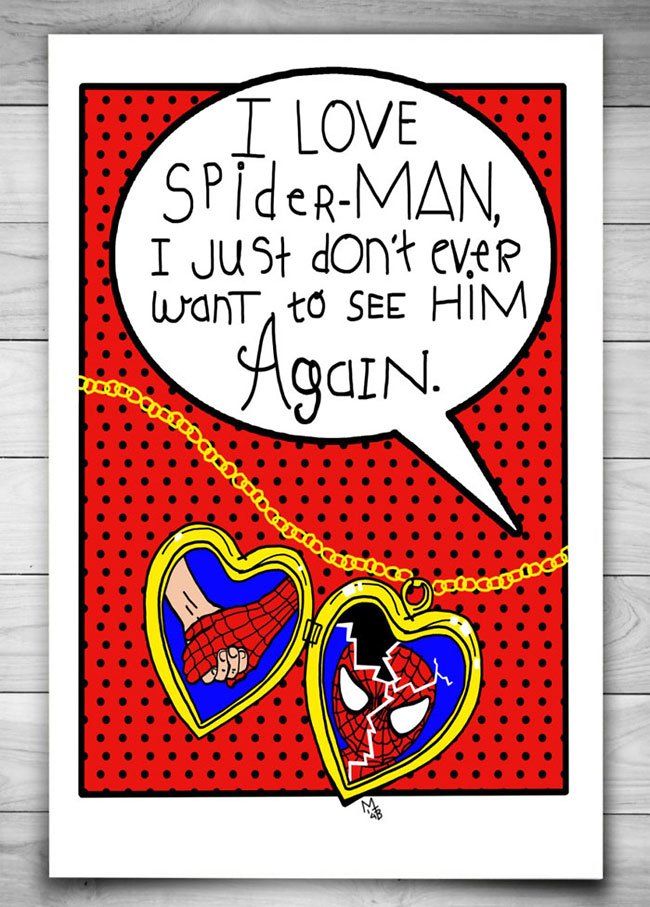 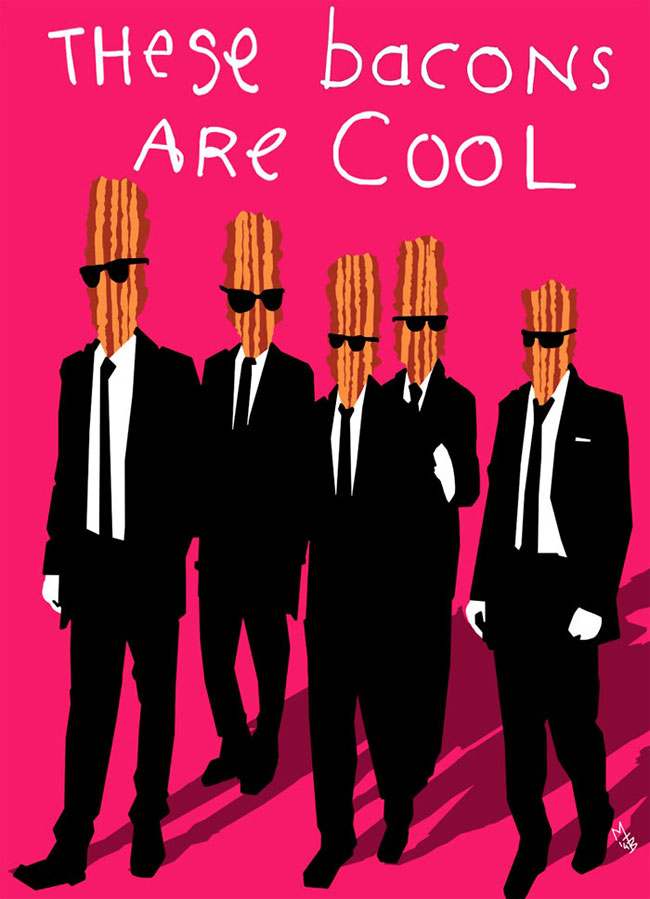 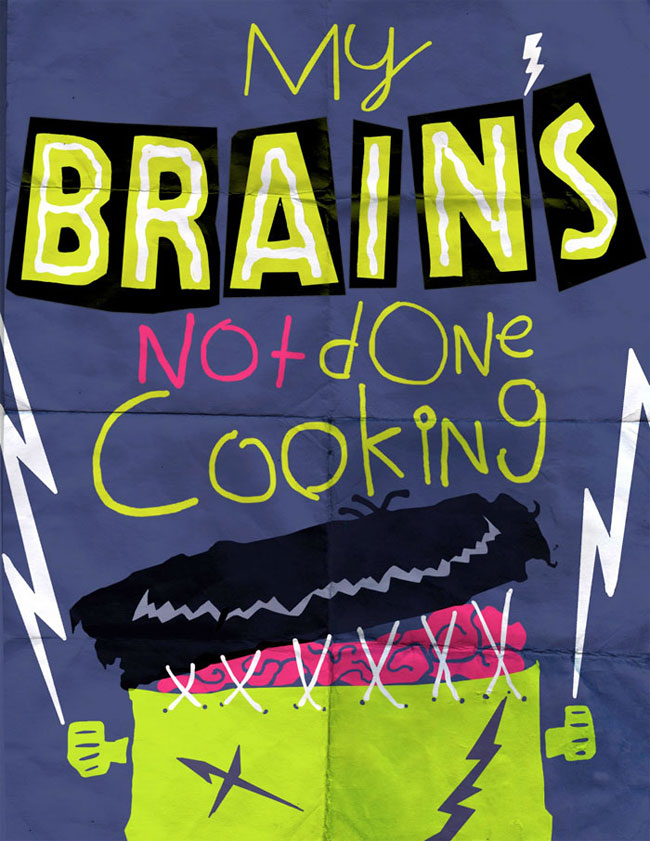 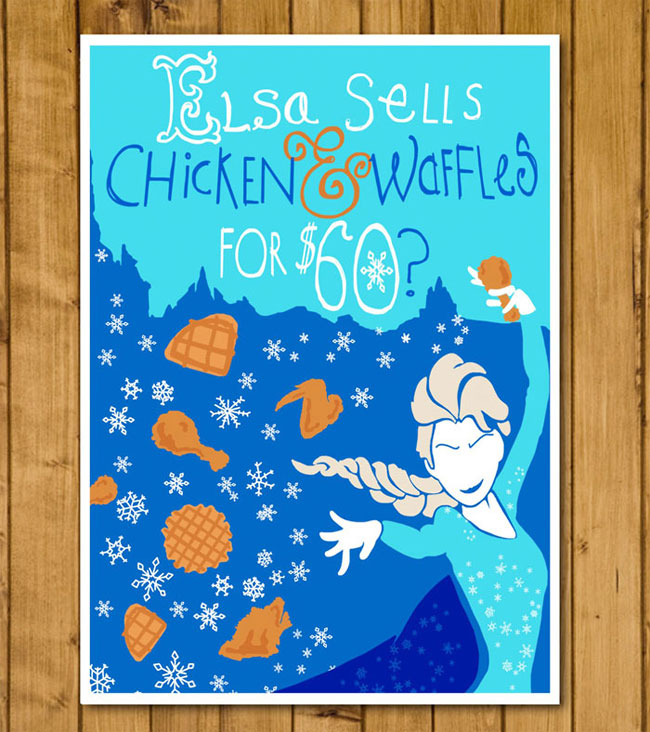 “Lots to take in here. I think my favorite part is that this was actually a question. She has some strange infatuation with stuff being $60. Example: Ketchup in the store is $60. So is a new furnace. Interesting” 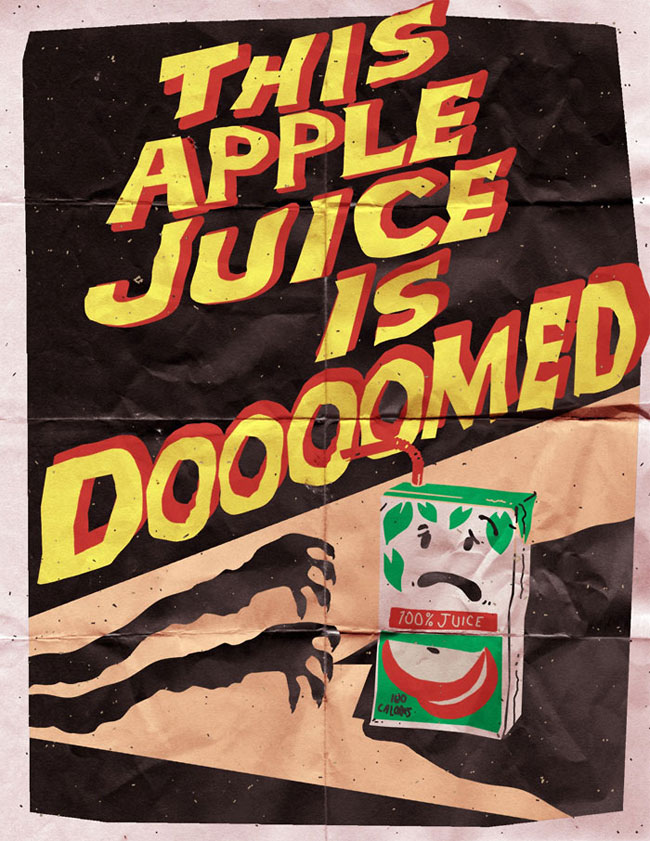 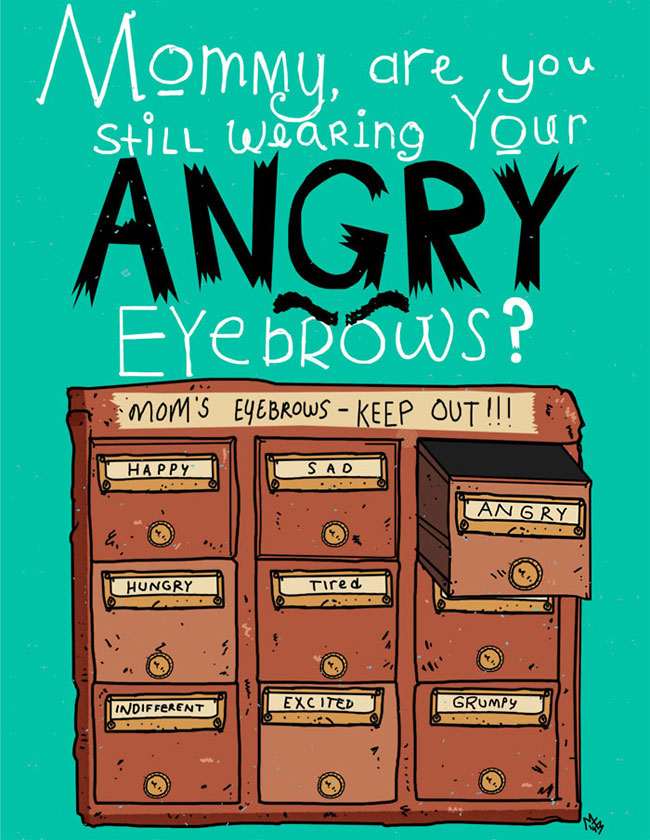 “I’ve recently been doing some custom orders for people. Here’s one of them!” 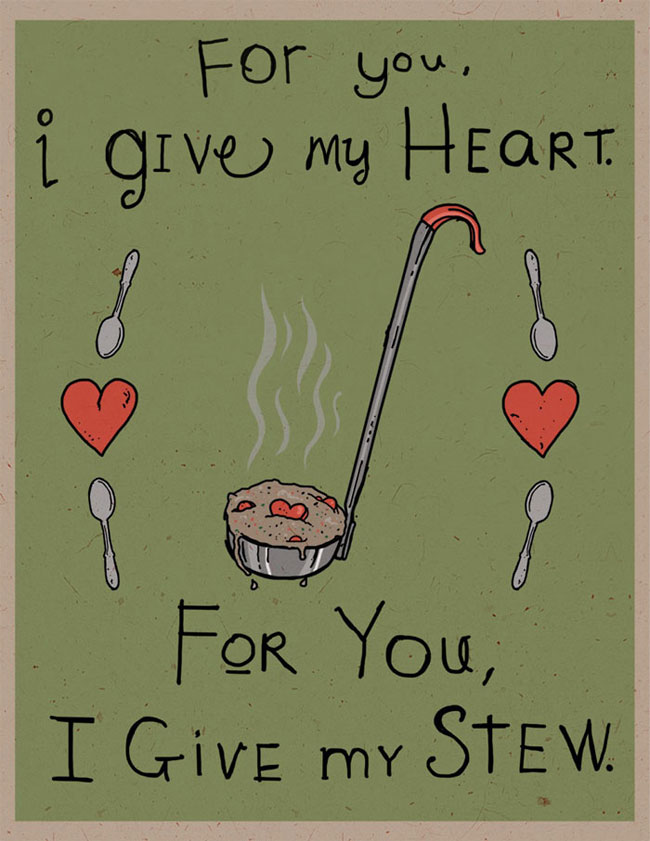 “She was blasting this out in full 1980’s power ballad style in her room the other day. Cool song.” 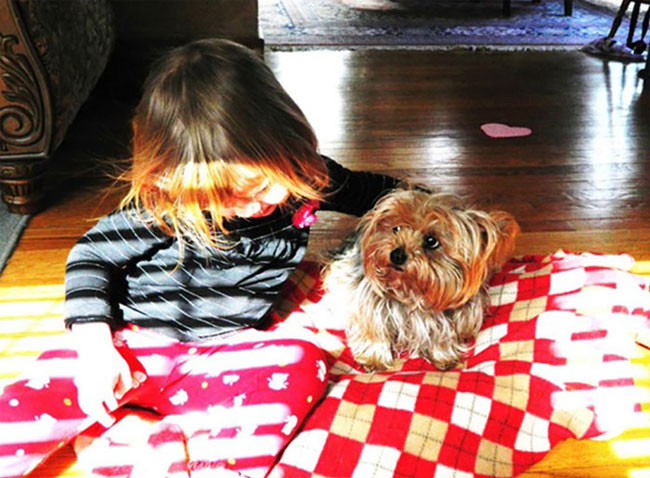 A Group Of Russian Artists Have Created The Ultimate Virtual Reality Project
How A Heart Attack Changed Artist Alex Garant's Life
The Book Of The Dead: Artist Paints Nightmares With His Own Blood
IKEA's Movie in Bed
Guy Uses Modern Software To Restore The Faces Of Julius Caesar And 23 Other People From Ancient History
Hot Legal Work
An Artist Paints Tiny Masterpieces Inside Her Empty Altoids Tins
Tricks to Appear Smart in Meetings 2021 Day-to-Day Calendar Is Here!
Largest Mural on an Inhabited Building in the World
Cute Illustrations Show How Complicated Love Is Made Simpler With IKEA Products
Attack Of The B-Pictures: Bold, Brilliant And Bizarre Mexican Pulp Art
Beautiful Pen Drawings By The Dutch Artist Laura Brouwers
All Little Things – Happy Moments Every Couple Should Share
Brazilian Street Art Shows the Human Reality and their Social Masks
William Burke Creates Weird Illustrations That Will Send A Shiver Down Your Spine
The Strikingly Unique And Colorful Art Of Hiroyuki-Mitsume Takahashi
Artist Esoj Luna Illustrated Iconic Brands As If They Were Humans
"From Far Away...": Mustafa Said Bilir Creates Dreamlike And Surreal Photo Manipulations
"Circle Of Life": Estonian Agency Creates Stunning Advertising for The National Geographic TV Show
Bouffants, Bandits and Bikinis: Pre-Revolution Iranian Movie Posters
This Real-Life Rapunzel From Latvia Has Hair 90 Inches Long
Famous Artists Depicted As Animals In Art History In Series Of Humorous Illustrations
Digital Artist Explores The Hidden Darkness In The World Through Her Revealing Illustrations
Poketo Launches Limited Edition Adventure Time Artist Wallets
This Designer Gave 30 Examples On What Creative Logo Design Should Look Like
Female Street Artists set Guinness World Record for Largest Mural Painted by a Team
Spitting In The Face Of Christ: The Superb Blasphemous Horror Art Of Paolo Girardi
45 Comics With Twisted Endings For People With A Dark Sense Of Humor
Surreal Photo Manipulations That Challenge Logic By Hansruedi Ramsauer
This Guy Gives Homeless People Free Haircuts — And Changes Their Lives For The Better
creative, daughter, hilarious, illustrations, sayings, turns