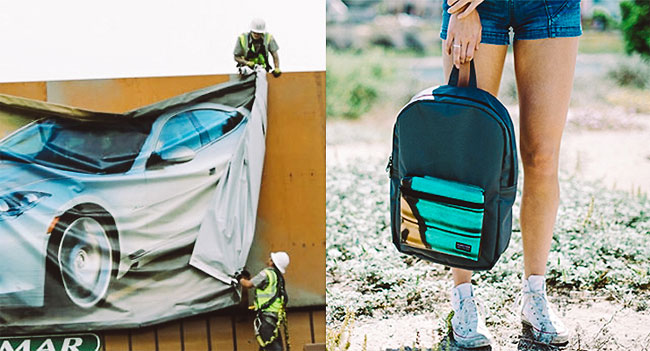 Alec Avedissian never felt comfortable in a suit. Which is why he traded in his investment-banking job for a six-month surf trip through South America with his best friends. According to his website, the group travelled through six countries, ate local food, hiked volcanoes, and searched for the world’s longest left wave, which they found in Chicama, Peru. 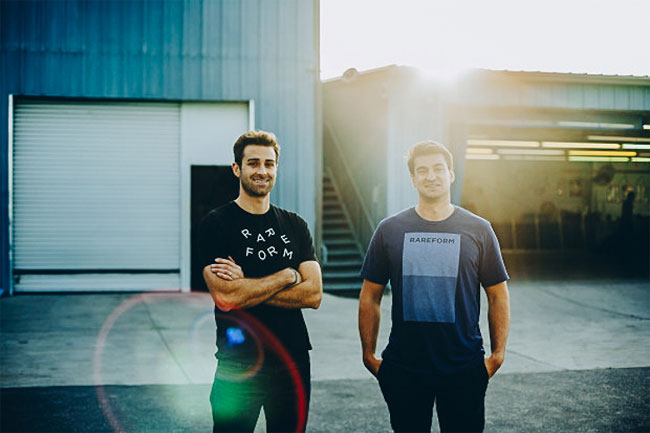 Avedissian dreamed of “creating a business that could reduce waste in the world and sustain our playground—the mountains, rivers and oceans that all outdoor enthusiasts cherish.” 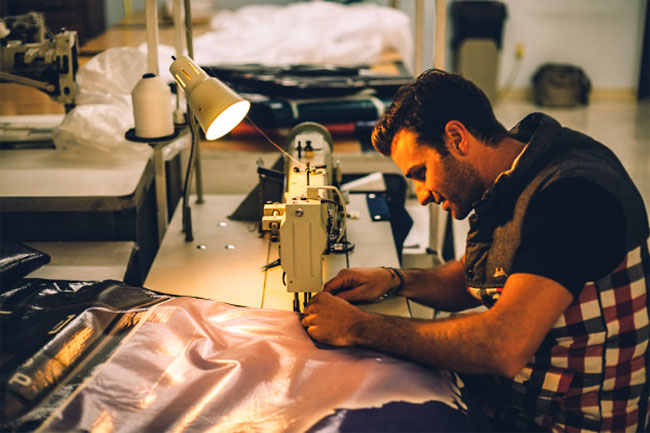 So in 2012, Avedissian and his brother Aric created RAREFORM, a Santa Monica-based company that stops old billboards from reaching landfills by turning them into unique surf bags and accessories. 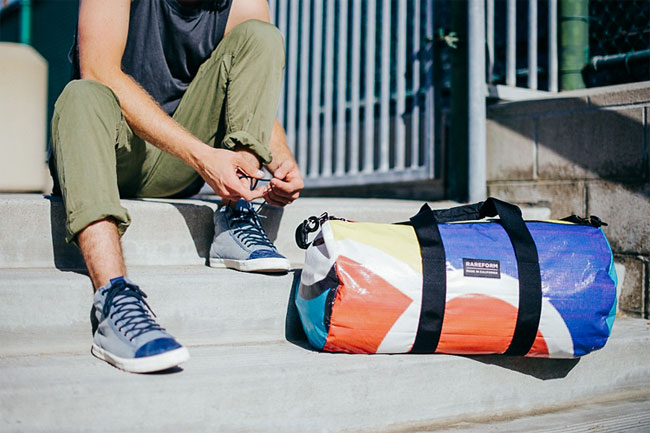 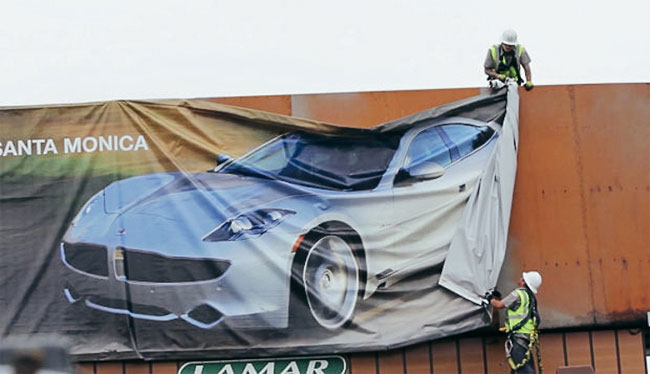 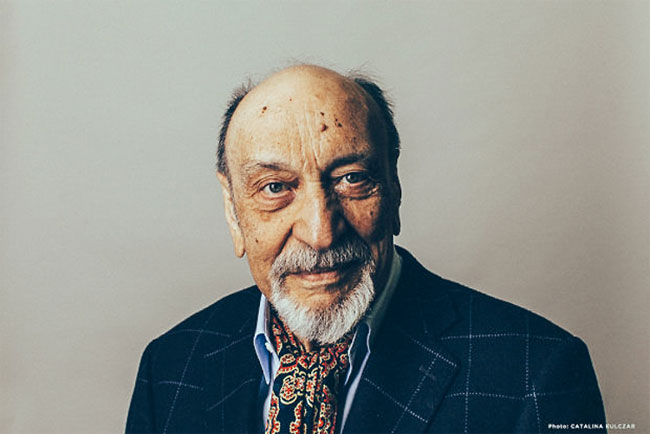 Lamar installed Glaser’s “It’s Not Warming, It’s Dying” campaign to kick off the series. The billboard will be on display until the end of October, when it will be taken down and repurposed into 300 limited edition backpacks and accessories. 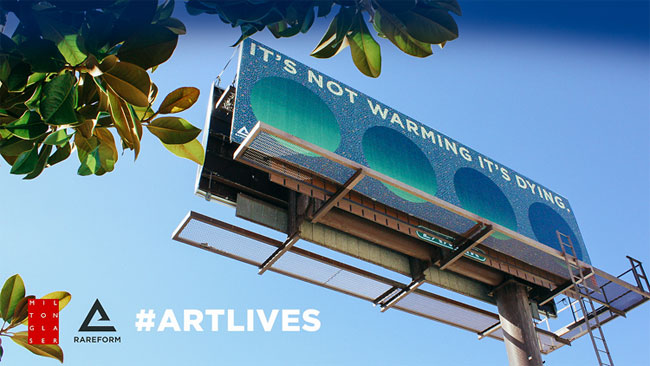 At the end of November, RAREFORM will host a gallery in Los Angeles featuring videos, photos and products from the #ArtLives campaign, as well as some of Glaser’s famous works.

One per cent of RAREFORM’s sales will go to the preservation and restoration of the natural environment. 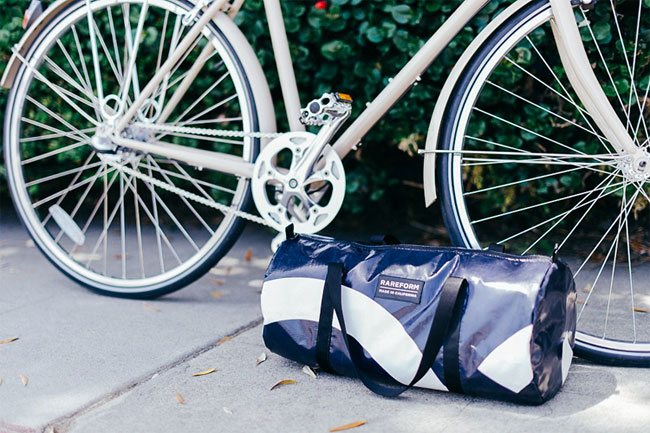 As their website states: “We give all outdoor enthusiasts an opportunity to be active problem solvers. This aim is in our DNA. We are a company that makes a positive impact in the world; a company that does more than profit from a product, a company that lets good run wild.” 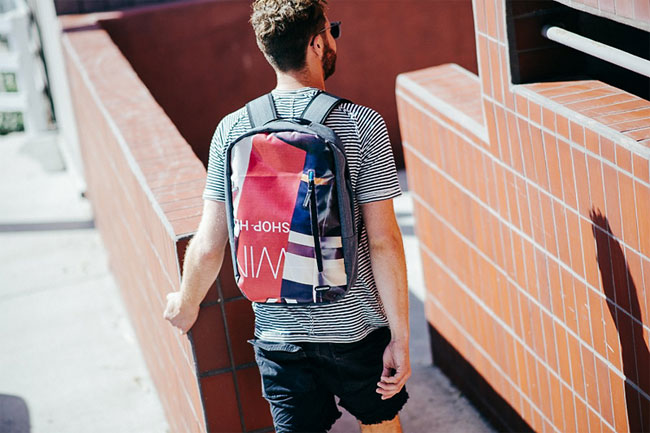 Adorable Cookies With Faces That Convey Your Warm Feelings To Loved Ones
This Artist Creates Bizarre And Unique Hoodies For Your Winter Fashion
This Artist Creates A Ceramics Imprinted With Patterns Of Vintage Typewriter Letters
2020 Fashion Novelties: Crocs Gloves And Ramen Handbag
New Zealand's New Flag Could Be One Of These Designs
Mindblowing Optical Illusion Rooms By Peter Kogler Will Give You Vertigo
Functional Mixtape Coffee Tables
Designer Reaches Out To Potential Employers With Adobe-Inspired Chocolate Bars
China's Famous 'Face-Kini' Gets Porcelain-Inspired Facelift
Artist Tries To Paint The Life Inside The Stone
2007 ‒ 2023 by Design You Trust. Proudly hosted by WebHostingBuzz.
Privacy Policy · Terms of Service · Content Removal Policy ❤️ 🇺🇦