Simon Schaffrath and his girlfriend Saskia Repp from Frankfurt, Germany are expecting their first child (already named Theodore) in November, and to announce their good news, they decided on an unconventional method, allowing the whole family to get involved. 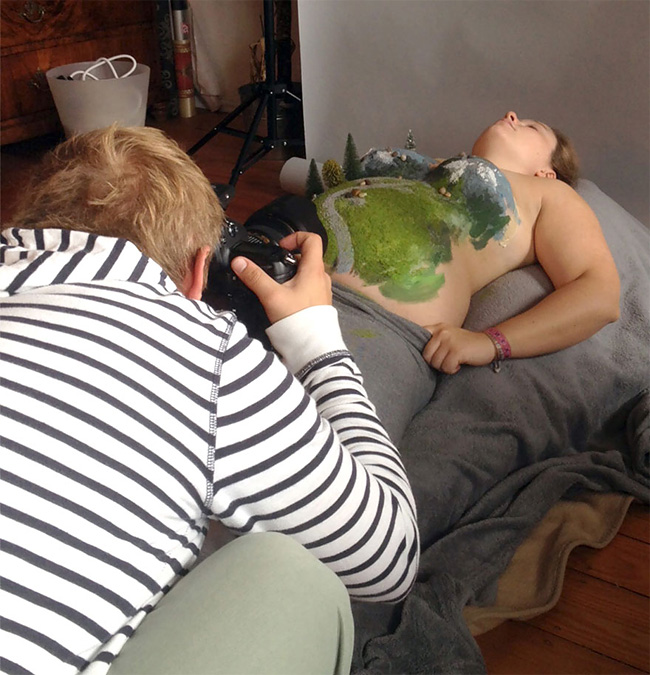 Schaffrath, a 27-year-old graphic designer and photographer by day used his artistic skills to create fun scenes using Repp’s body as a landscape. Her stomach acts as a snowy mountain, a rolling hill, a small island and even a sand trap on a golf course. 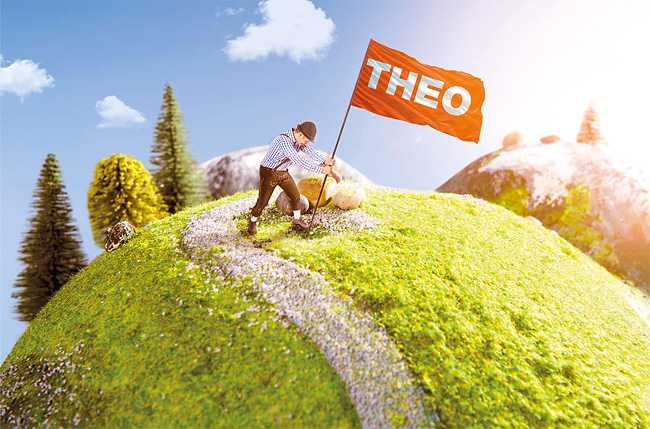 “We wanted to create some new and really creative pregnancy pictures,” Schaffrath told Mashable in an email, “something our family and friends haven’t seen yet.” 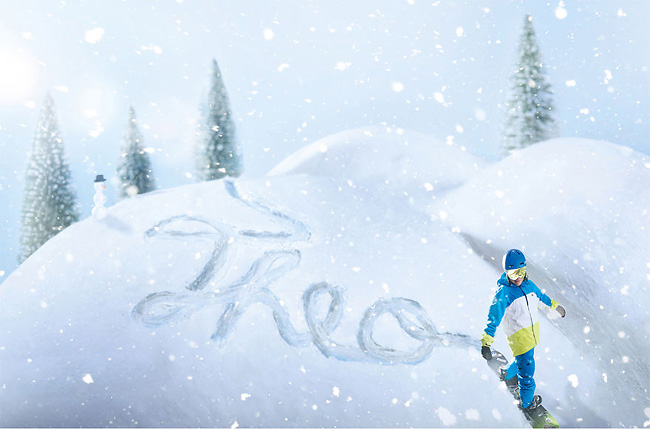 And the undertaking was no easy task. With the help of their good friends Philipp Rauland and Petra Hofman, Schaffrath said that each photograph took about a week each to complete, between planning, editing and capturing the photographs. 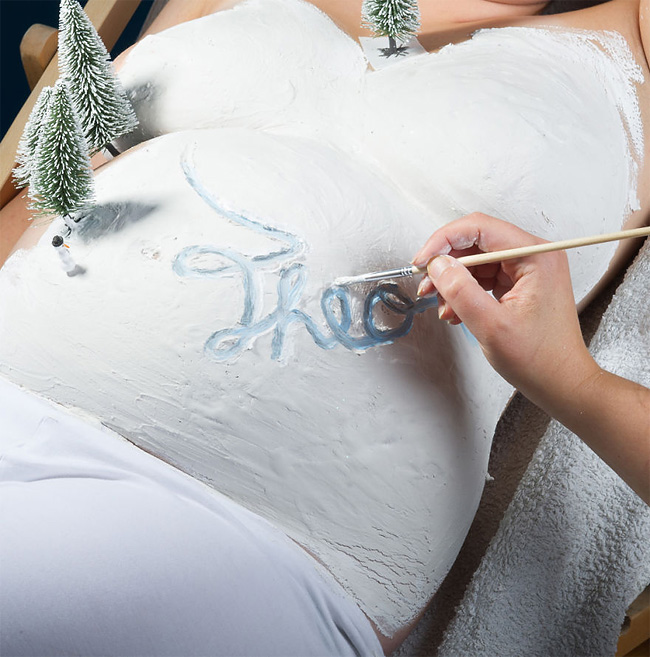 So far, Schaffrath says that the response has been good. 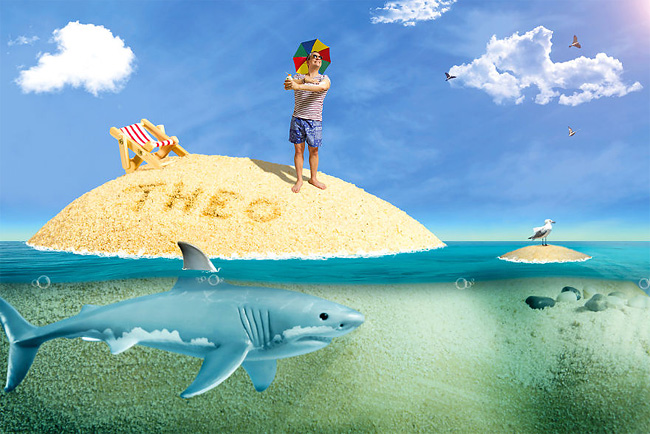 “These picture show how much we enjoy this time and how happy we are,” said Schaffrath. “And that’s something the whole world should know! My girlfriend loves them and she is really happy we have something that will always remember us this special time” 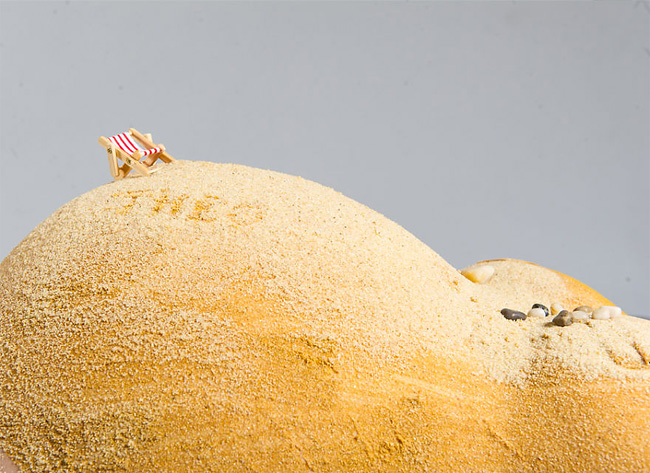 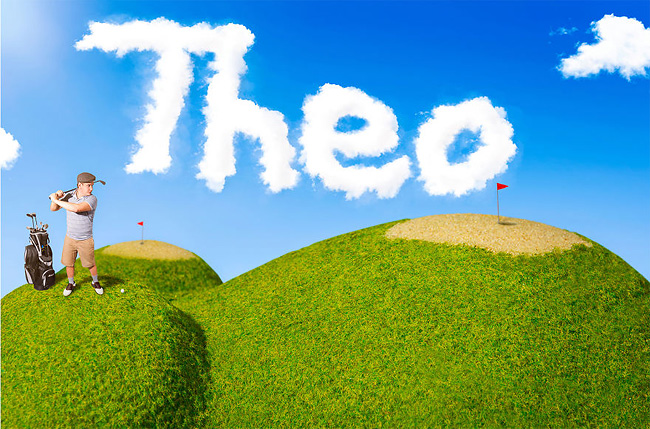 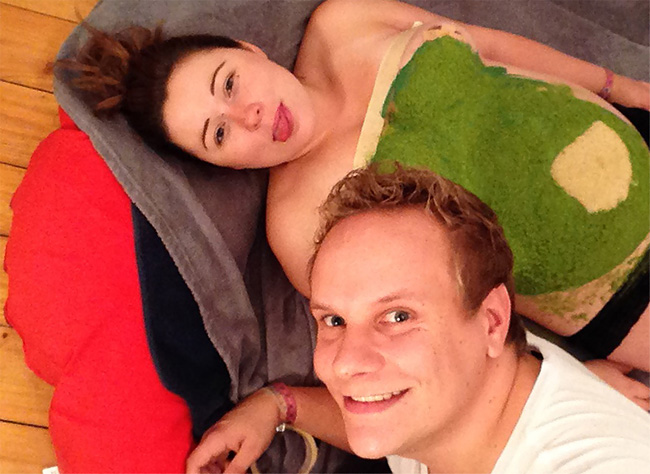 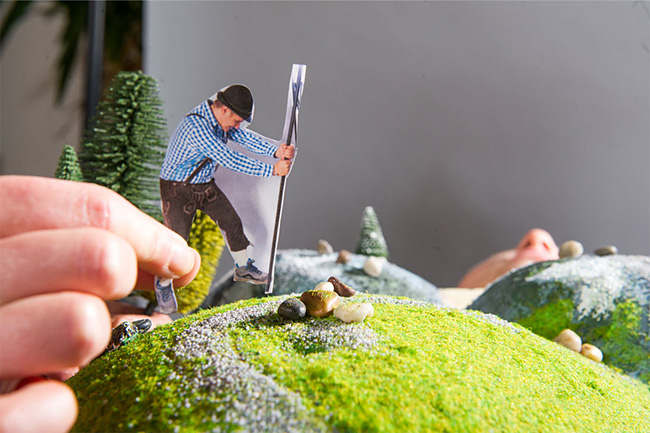 Superb Surreal Animal Artworks By Andreas Häggkvist
"Pathologic": Imaginative, Bizarre and Otherworldy Paintings of Peter Ferguson
Italian Artist Illustrates the Sad Truth of Modern Life
Modern Manga Art By Ilya Kuvshinov
Psychedelic Portraits by Erwin Kruz
This Artist Creates Hilarious Combinations Of Popular Characters In Iconic Scenes
"Before I Forget": The Colossal Pop Culture Artifacts From the Future Past by Ruben Kos
Some Of Hollywood’s Most Beautiful Women Have Been Given A Shocking Bloody Make-Over To Highlight Domestic Violence
Thought-Provoking Illustrations By Elia Colombo Might Take A Minute To Understand
This Is What Disney Princes Would Look Like As “Magic Mike” Strippers
Kane + Associates
Romantic And Heart-Melting Unsent Text Messages
Brilliant Ball-Point Pen Art By Alfredo Chamal
This Children’s Illustration Ebook Focuses On 3-Year-Old Kid’s Thoughts During Coronavirus
Quarantine Life With A Cat In Cute Illustration By Annada Menon
Adorable Mother-Daughter Tattoos That Show Their Unbreakable Bond
This Artist Revamps Street Signs All Over The World To Give Them Alternative Meaning
A Millennial’s Guide To Cocktails
“Selfish Pigs” Cartoons Show Annoying Things People Do
Artist Draws Disney Heroines Kissing their Fathers
Cake Artist Makes Amazing Cakes That Look Just Like Everyday Objects
"These Things Take Time": The Online Sanctuary of Loïc Sattler
Finally, The 2022 Fat Cat Art Calendar Is Here!
25 People That Accidentally Dressed Like Their Surroundings
announces, attractive, couple, create, pregnancy, using