Banksy Painting ‘Self-Destructs’ Moments After Being Sold In London 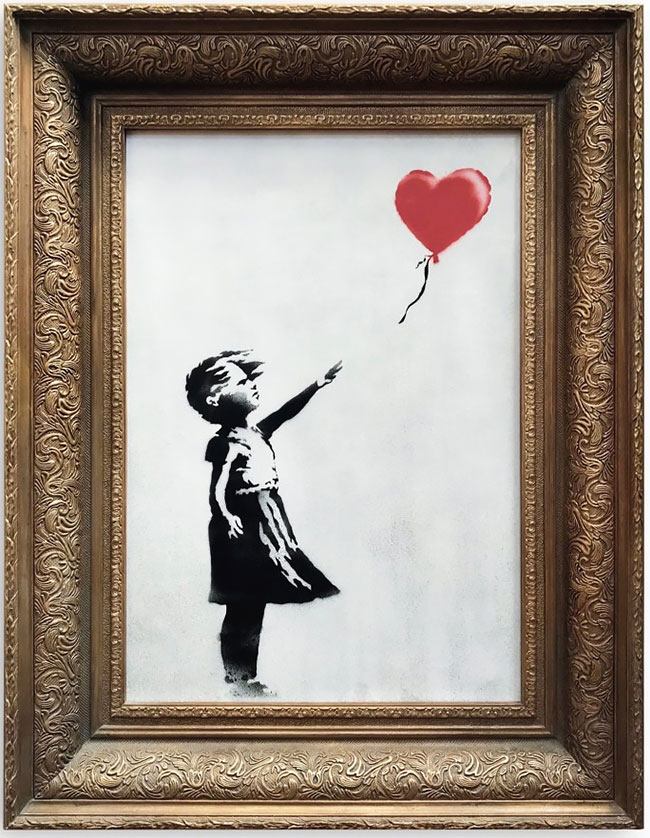 In a moment that caught the art world by surprise, Banksy’s Girl with Balloon self-destructed just as the final hammer signaled the end of an evening of auctions in London. The work sold for £1,042,000 ($1.4 million), tying the artist’s record at auction previously achieved in 2008.

The framed work, spray paint and acrylic on canvas, mounted on board depicted a girl reaching out toward a bright red, heart shaped balloon – one of Banksy’s most iconic images – began to pass through a shredder hidden in the frame.

“It appears we just got Banksy-ed,” said Alex Branczik, Senior Director and Head of Contemporary Art, Europe London. The unexpected incident became instant art world folklore and certainly marks the first time in auction history that a work of art automatically shredded itself after coming under the hammer. 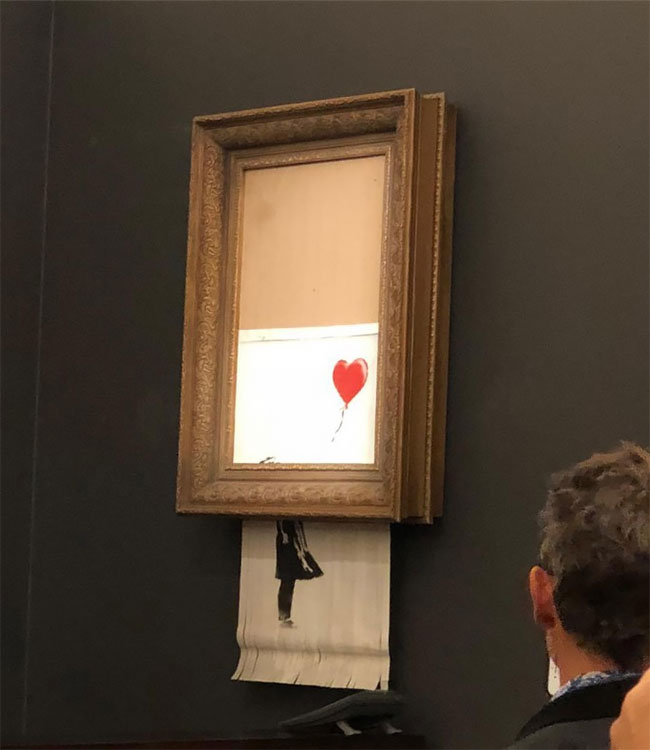 #NotYourValentine: Controversial Brand Honey Birdette Lingerie Flashmob Takes To Sydney
9 Painfully True SEX-Pectations Vs Reality
Genie Espinosa’s Illustrations Are Not Quite As Innocent As You Might Think
Digital Artist Simeon Dukov Visuals Creates Breathtaking Dreamy Space Arts
This Artist Revamps Street Signs All Over The World To Give Them Alternative Meaning
Cute Illustrations With the Soviet Mood From Anna Desnitskaya
This is How Photoshop Artist Erik Johansson Creates His Mind-Bending Images
11 Totally Accurate Illustrations Showing Exactly What It’s Like to Be a Woman
Psychedelic and Horror in Oil Paintings by Limp Bizkit Guitarist Wes Borland
The Many Faces of the Tiger: Funny Drawings by Bu2ma
Source of inspiration since 2007. Proudly hosted by WebHostingBuzz.
Privacy Policy · Terms of Service · Content Removal Policy 🇺🇦 ❤️