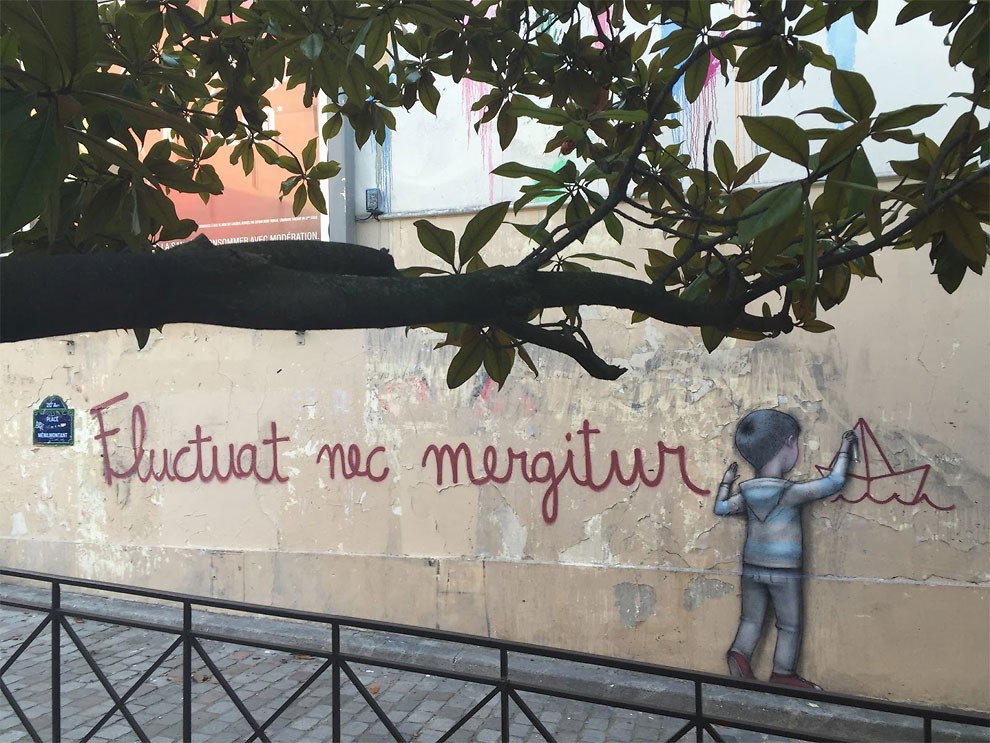 One day after the horrible terrorists attacks in Paris, Julien Malland aka Seth decided to send out a message to the world and his fellow citizens. And while many artists took their pans and papers to express emotions, he walked out of his house with couple of spray cans and painted this simple yet striking new mural on the streets of his hometown. 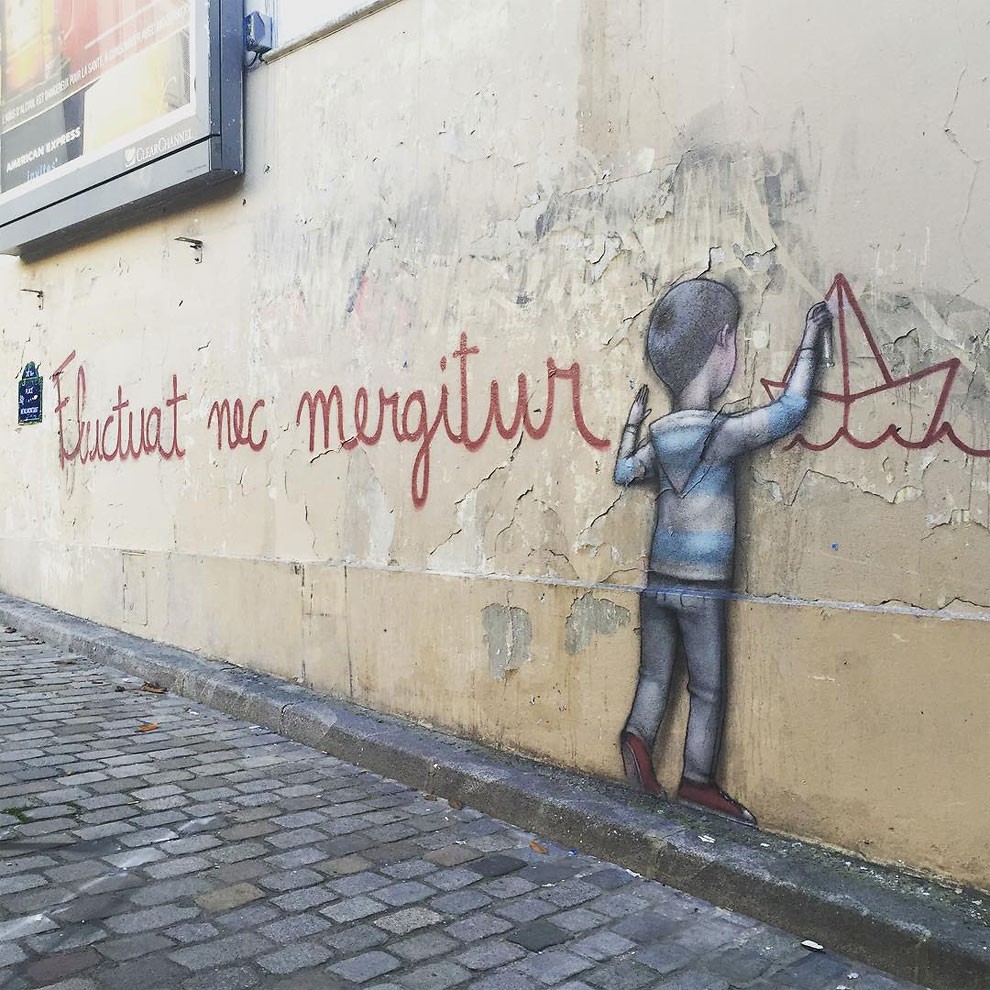 Showing one of his kid characters writing on a wall, the piece says “Fluctuat nec mergitur” which is a motto that has been used since 14th century by the city of Paris. It is a Latin phrase meaning “Tossed but not sunk”, and it meaning explains perfectly the state of the city and it’s inhabitants after recent events. The kid also painted a paper boat next to it, symbolizing the fragility of the city, but also, its power to overcome such tragic.

The piece was painted @ Place Ménilmontant in Paris.