Man Pays $50 For A Sea Turtle At The Market, Releases It Back Into The Sea

Two sea turtles have been saved from a not-so-great fate in Papua New Guinea after a man and his co-worker bought them from a local food market and released them back into the sea. 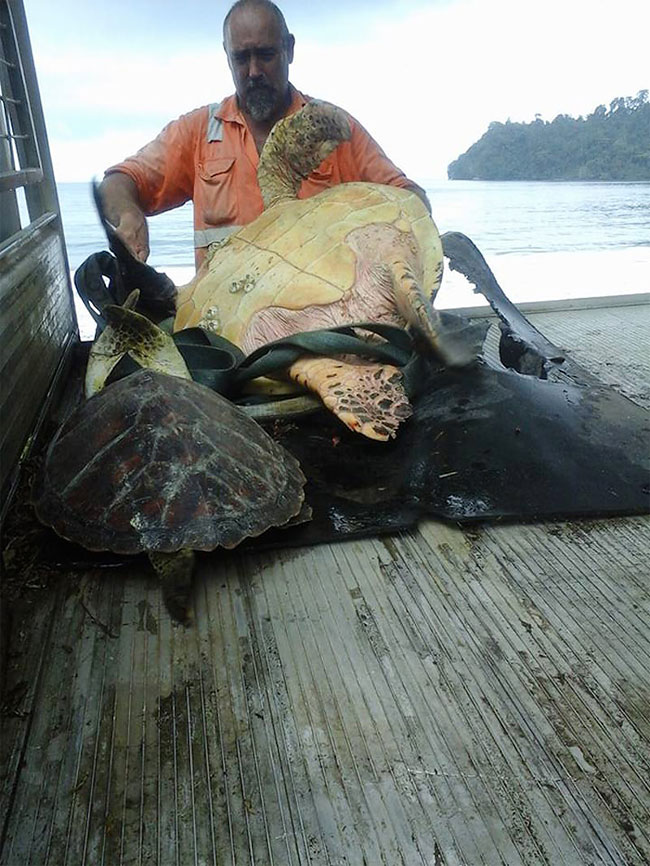 Arron Culling and his co-worker Mark were behind the turtle’s rescue mission. They bought the turtles for $50 each, drove 5km up the road and then released them where they belong… into the deep, blue sea! 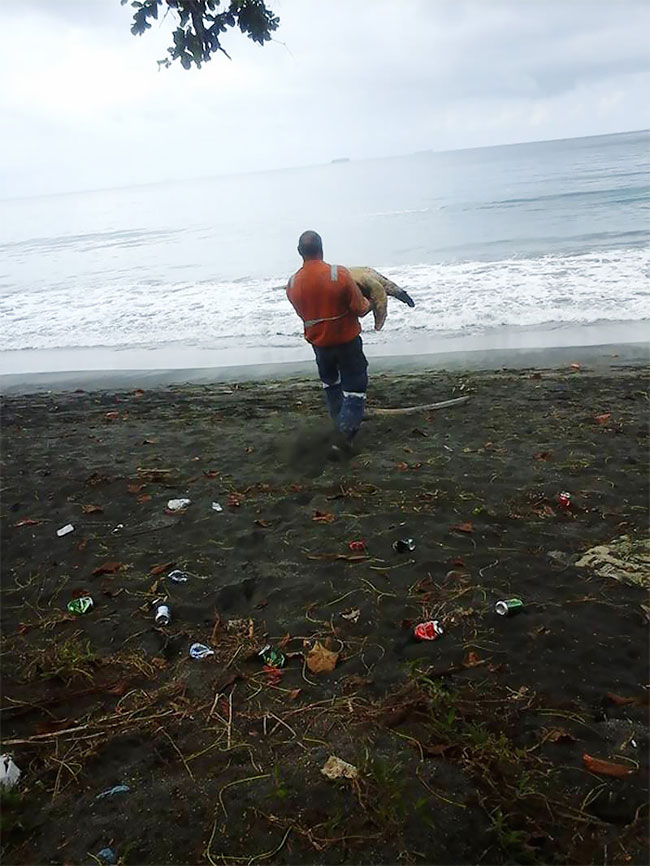 This isn’t the first time Arron has rescued sea turtles from the market, either. He and Mark have already rescued about 10 in total. 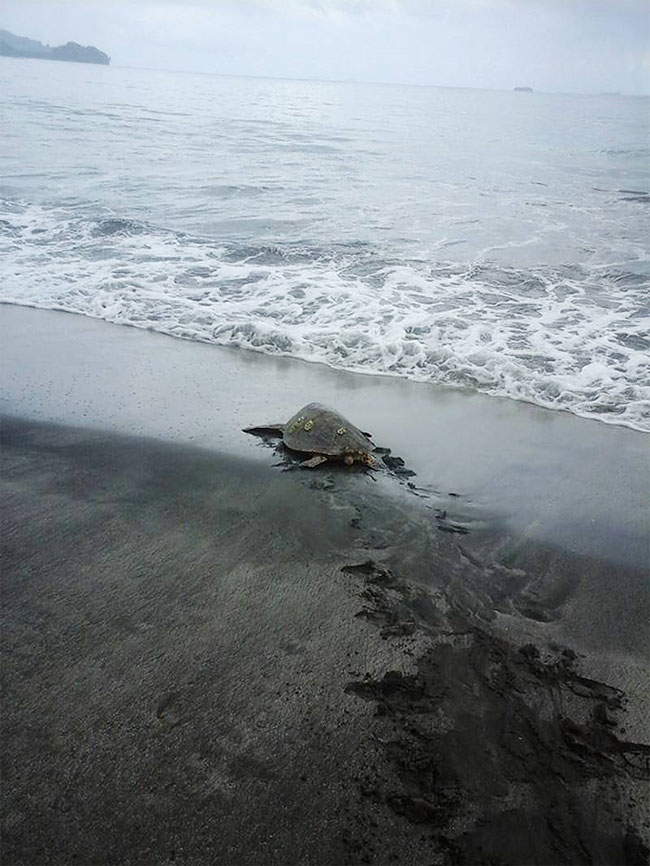 If you can’t rescue your own turtles like Arron, consider supporting the Sea Turtle Conservancy to make a difference. 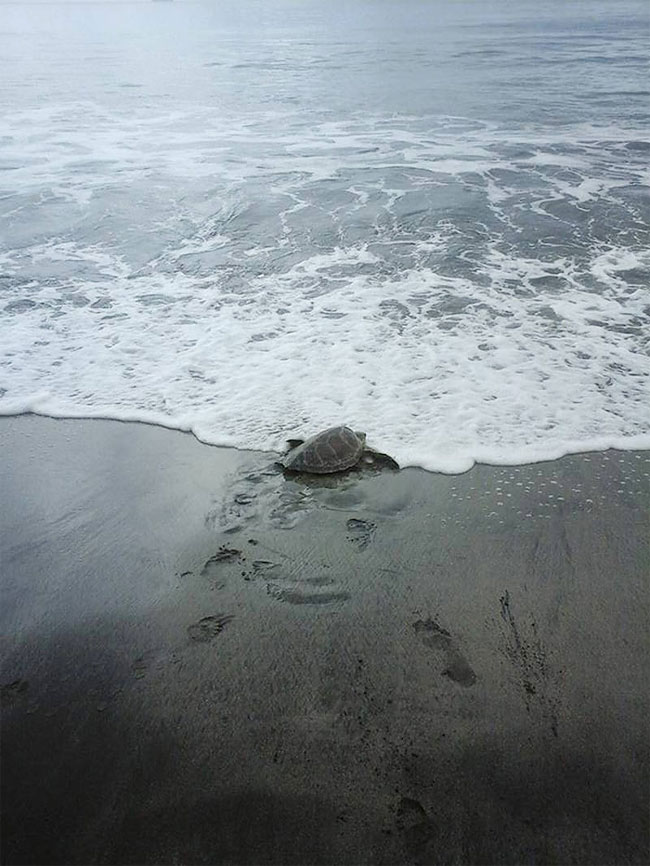 Annual Flamingo Count in Spain
Living With Wolves
Rare Photos Of Hachiko, The World's Most Loyal Dog
The Wild Side Series: The World’s National Animals And Their Tracks
Paws For Thought With Kitty Yoga Classes At Australian Cat Cafe
A Dog Race in Shakopee, Minnesota
Bored Sitting At Home? Try To Find A Cat In Each Picture!
Funny Hand-Drawn Cat Facial Expressions
Japanese Photographer Releases Book Of Breasts And Cats
Two Charming Shepherd Dogs Enjoying In Flowers Of Holland
BooBoo the Guinea Pig
When Given Colored Construction Paper, Wasps Build Rainbow Colored Nests
The Dog Project: 120 Playful Papier-Mâché Pooches Let Loose On The Beach
Japanese Cat Owner Devises Eccentric Feeding Strategy
This New Snapchat Filter Makes Your Dog Look Like A Disney Character
Photographer Snaps Adorable Photos Of His Dog On Epic Adventures In The Wild
Japanese Viral Cat Photos Remind Everyone Of The Nostalgic Charm Of Phone Boxes
PetCam: The World Through The Lens Of Our Four-Legged Friends
Fish Trapped Inside A Jellyfish Captured In A One In A Million Shot
Cats Of War: This Artist Hilariously Combines Military Hardware With Giant Cats
Demonic Glowing Eyed Cats And How To Photograph A Feline
Orphaned Raccoon Thinks She's a Dog After Being Rescued and Raised by Family with Dogs
Animal Lovers Converge on Pet Fair
The Custom Shelving In This Home Keeps The Cat Happy
Rita Kluge's Distinctive Photos Capture The Humpback Whale Calving Season In The South Pacific
Beautiful Animal Portraits By Sergey Polyushko
Butterflies In The Glasshouse - Hundreds Of Butterflies On The Annual Event In UK
British Pet Dog Gets Co-Pilot License
Nothing To See Here, Just Some Photos Of Cats Wearing Metal Battle Vests
World’s Greatest Gallery of Dogs Standing On Mushrooms
market, releases, turtle