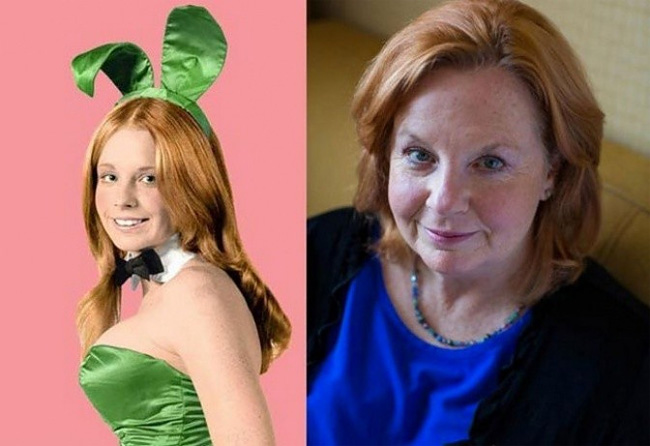 She worked in the Baltimore club from 1971 to 1973. “I wanted to be [an airline] stewardess, but you had to be 21,” she says. Yet at 18, she could work for Playboy. Drumgoole is now a museum tour guide and lives in Maryland.

It’s not every day that people are able to see photos of then-and-now playboy bunnies, but Sara Naomi Lewkowicz, a photographer born in New York City and based in Athens, Ohio, has granted people the opportunity to do just that. Juxtaposing images she shot of these retired nude models with images from their prime during the late 1960s to 1980s, she is able to show the world how gracefully they’ve aged. 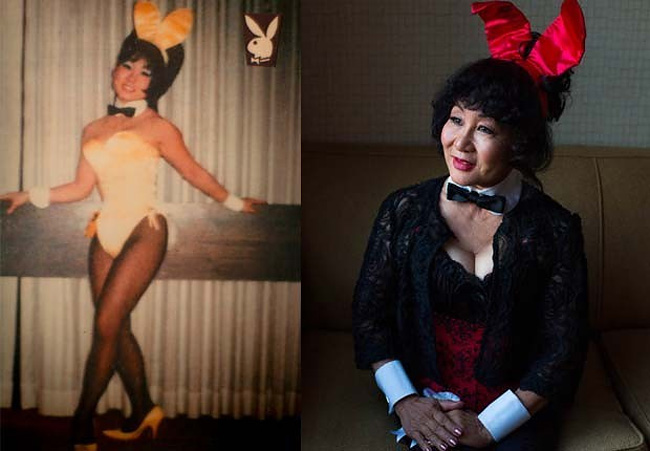 Mieko Nakamura, a retired martial arts equipment supplier and former Playboy bunny in Denver in the late 1960s, recently joined about 120 other former bunnies in Baltimore to share memories of working in the clubs. 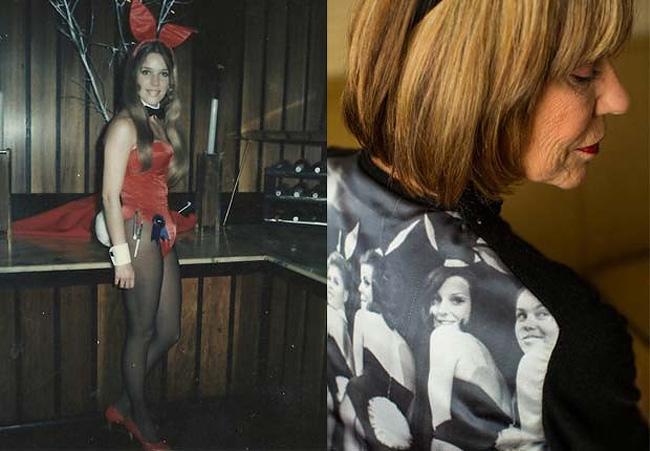 Plank worked in the San Francisco club from 1969 to 1973. Retired from a career with a hotel corporation, Plank now works at a humane society and fosters rescue dogs. 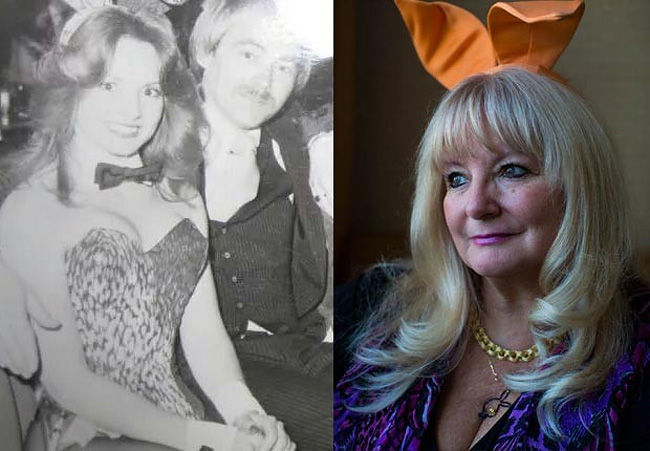 She worked in the Great Gorge, N.J., club between 1979 and 1982, and says she was the first female bartender in a Playboy club. Cleffi now owns a 24-hour day care center. 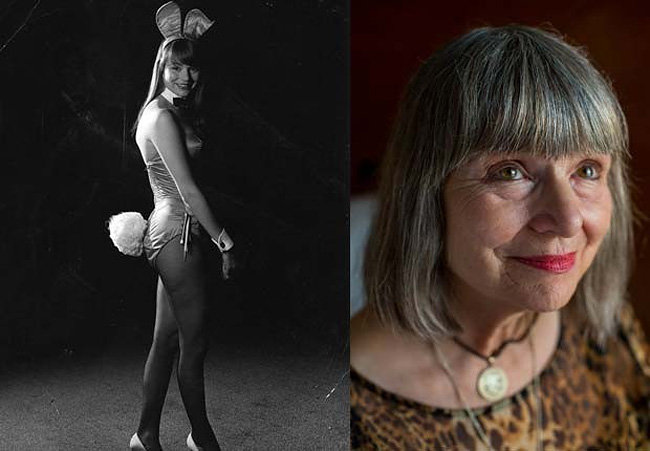 A bunny at the Boston club from 1968 to 1969, Speier says: “I didn’t have a problem with being an object of admiration and desire.” She spent 25 years teaching in Washington, D.C., public schools before retiring. Today she lives in Palo Alto, Calif., and works as a substitute teacher. 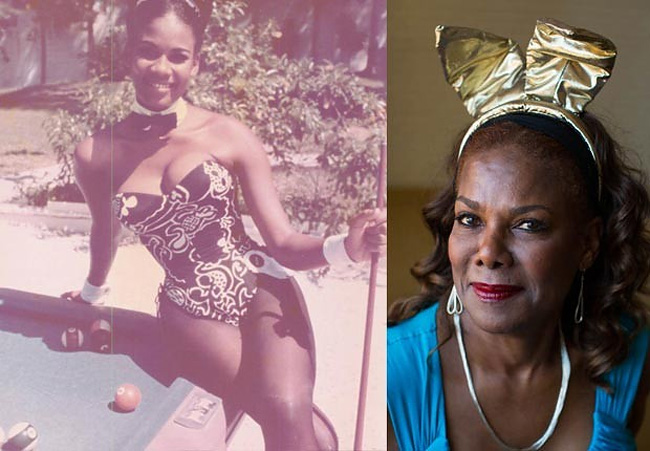 After working in the Jamaica club from 1968 to 1974 and the New York City club from 1979 to 1983, Holstein was told to turn in her ears at the age of 33 because she had “lost the youthful look for which I was hired.” Holstein says Hugh Hefner offered her the opportunity to get an education and paid all of her tuition. Now retired, she lives in Orlando, Fla. 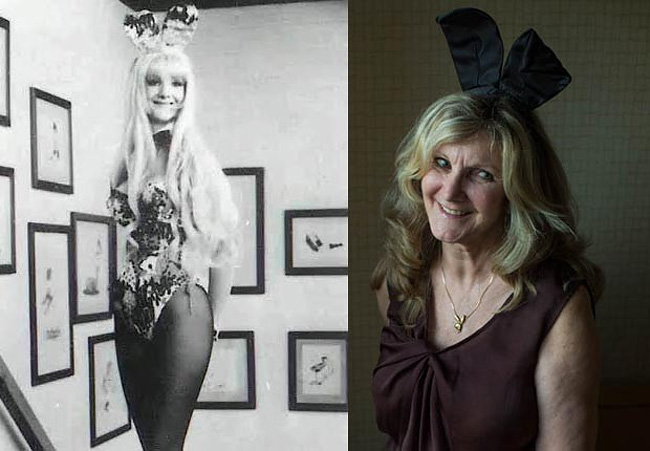 From 1973 to 1975, she worked in the St. Louis club. “I didn’t go into Playboy thinking they would hire me,” she says. “I just needed to get the rejection to tell the guy who sent me that he was wrong.” Clearly, he was not. Adds Callender: “Working for Playboy helped me develop the confidence, chutzpah and drive I needed to excel as an adult.” 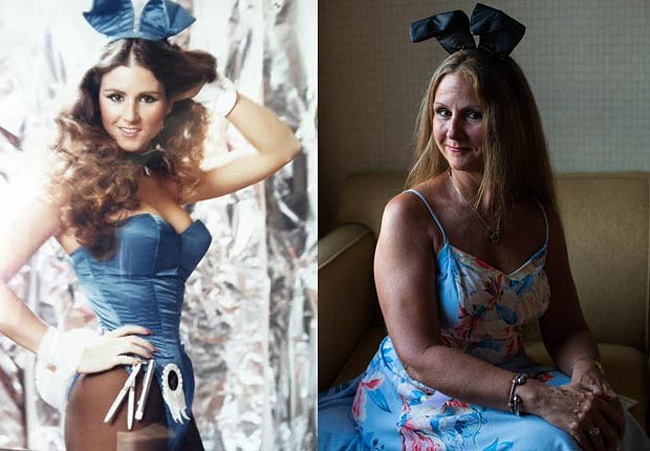 Hill-Gallucci was a bunny in the Columbus, Ohio, club from 1982 to 1986. “There were some 3,300 girls that went to the ‘bunny hunt,’ ” she recalls about the recruitment process. “Thirty-four were chosen.” Today she is an interior decorator in Dublin, Ohio. 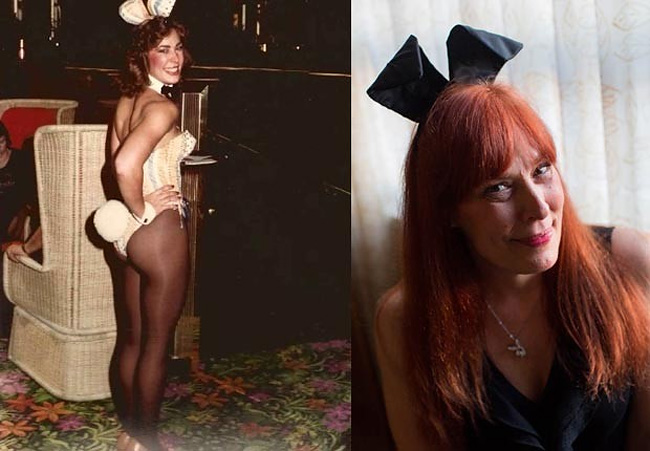 From 1981 to 1983, Jacobs worked in the Atlantic City, N.J., Playboy Club and recalls that “one of the princes of Saudi Arabia proposed to me.” Now she works as a travel agent and lives in Redondo Beach, Calif.
h/t: aarp

Japanese Photographer Has Created Amazing Panoramic Images Of The World's Largest Salt Flat In Bolivia
The Photographer Has Travelled The Western Australian Coast Since The Early 90s, Capturing Clotheslines In All Their Glory
42 Wonderful Behind The Scene Photos From Classic Movies
The Plague Of Overweight: Photographer Martha Holmes Documented The Struggle Of Obesity People In 1950s America
The Photographer Who Was Bitten By A Black Mamba… And Got The Shot
Solar Storm Threatens to Slam Into Earth, Spectacular Flares Detected by NASA
1940s Bike Girls: Fascinating Photos Of Female Motorcyclists From 1949, Taken By Loomis Dean For LIFE Magazine
This Dog Perfectly Recreated Madonna’s Iconic Photos
Confection: The British Designer Shows Us how Brands Can Adjust to Our Tastes
This beautiful Japan
2007 ‒ 2022 by Design You Trust. Proudly hosted by WebHostingBuzz.
Privacy Policy · Terms of Service · Content Removal Policy ❤️ 🇺🇦