Hector Trunnec has been able to turn his love of drawing into his career, but he hasn’t let that stop him from creating beautiful fan art for his own pleasure and displaying it online. Trunnec hails from Valencia, Spain and does draw comic books professionally, but posts these fan art illustrations of his favorite comic, film, cartoons and celebrity portraits online. 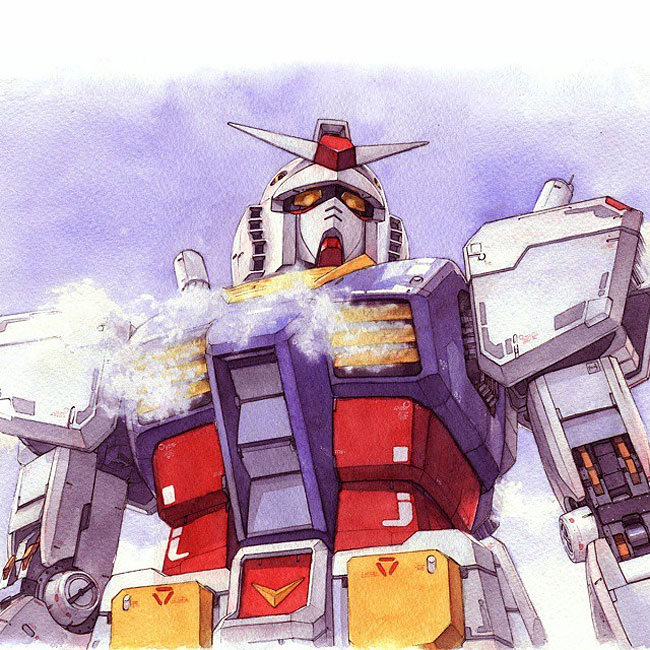 Gundam Wing is one of the most legendary shows to ever come out of Japan and here we have its heroic lead war machine here to protect the world in its full glory. 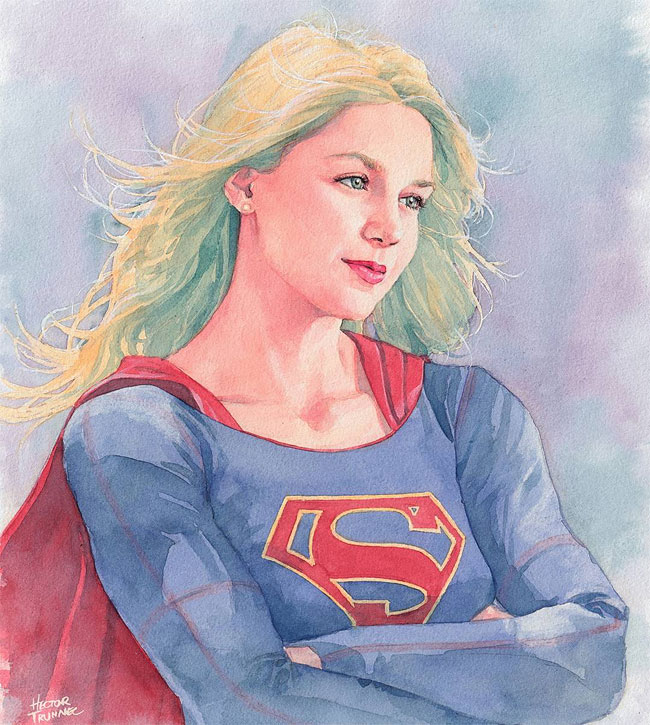 She might be the last daughter of Krypton, but she never looked happier than she does here after a long day of saving the Earth. 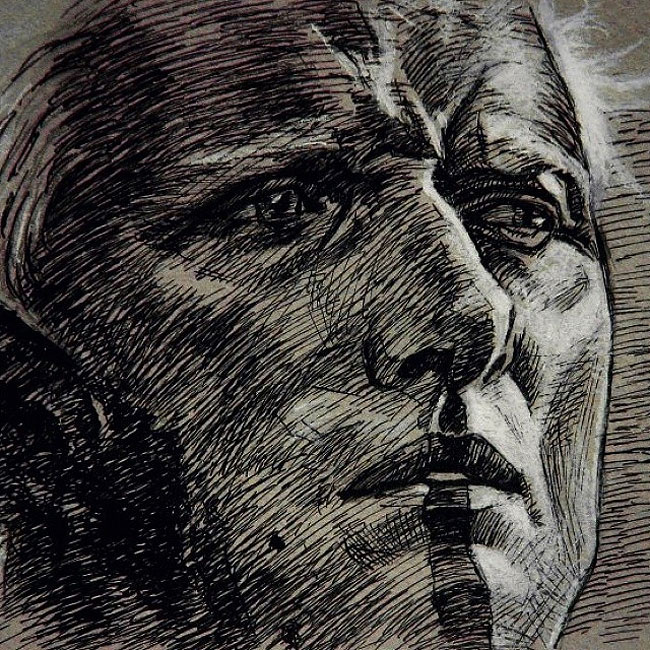 The renegade Replicant from ‘Blade Runner’ has never made his struggle to be human feel more empathetic than Trunnec does in this sketch which fits the noir tone of the film. 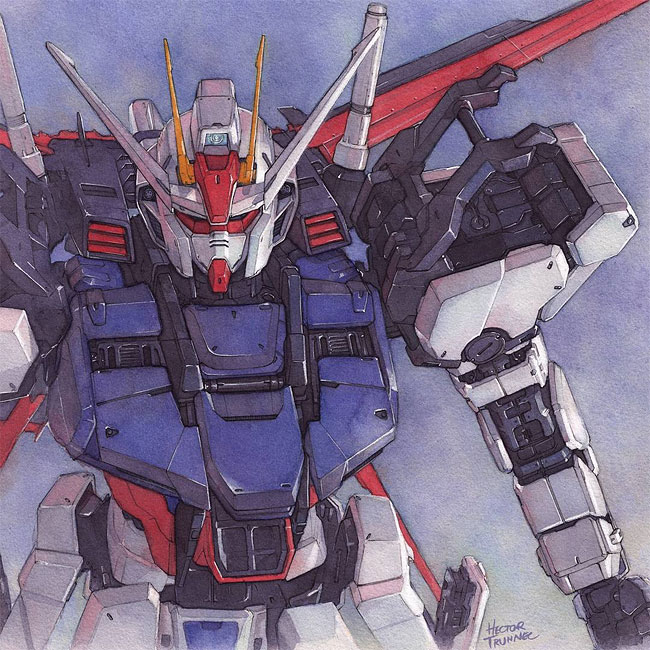 This mammoth machine may look menacing but, according to the Gundam code, it’s always fighting in the name of good, and the color scheme here reflects that. 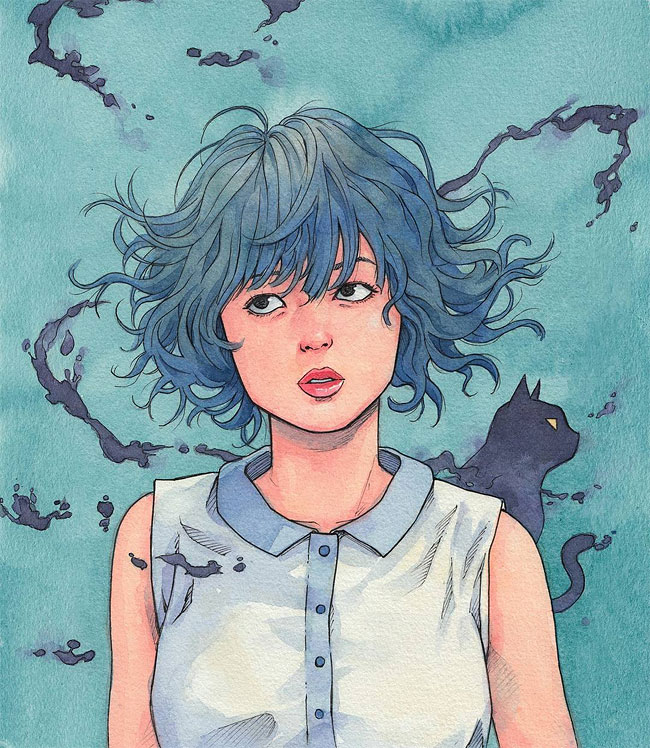 This little girl from Trunnec’s own comic series almost looks like an animated version of Ellen Page, but thanks to the surrealistic backdrop, she looks lost in a dreamy train of thought. 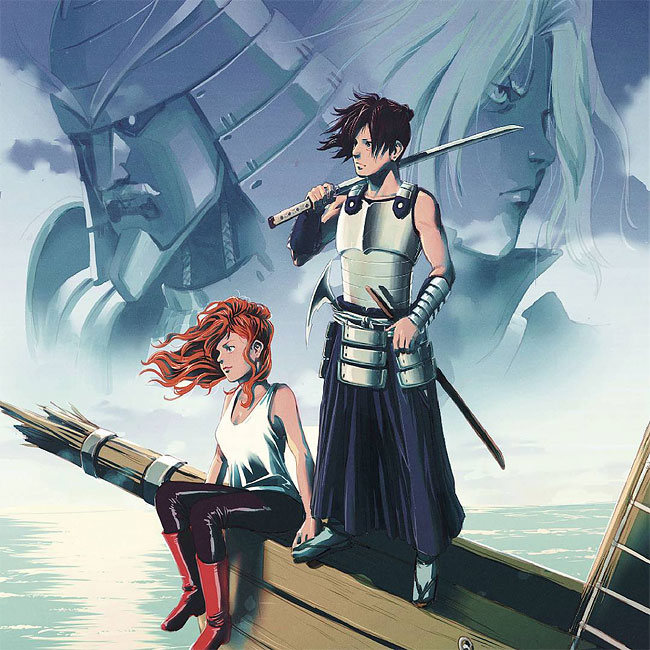 This is the cover of another comic series Trunnec illustrates that is full of dark combat, majestic settings and his signature shading and definition. 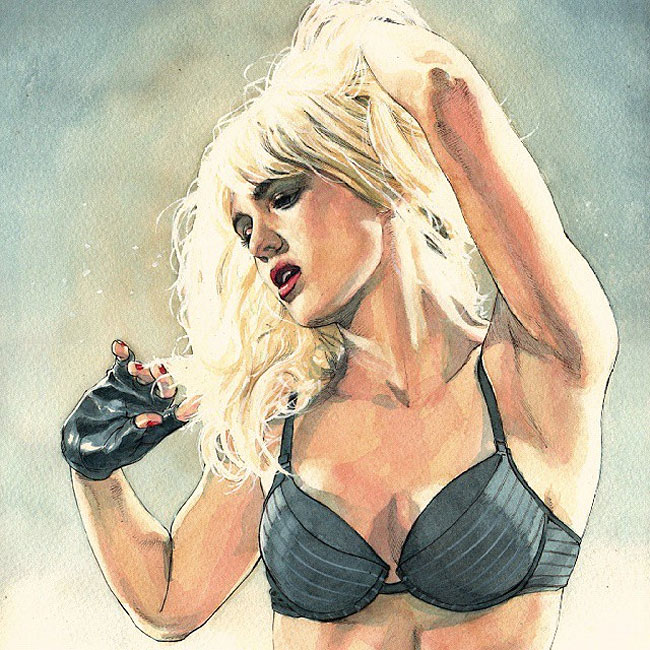 Although Nancy may be a tortured soul inside herself, she never ceases to look beautiful on the outside despite the sleazy backdrop of ‘Sin City’. It’s almost odd to see her surrounded by such bright background colors that highlight her delicate features. 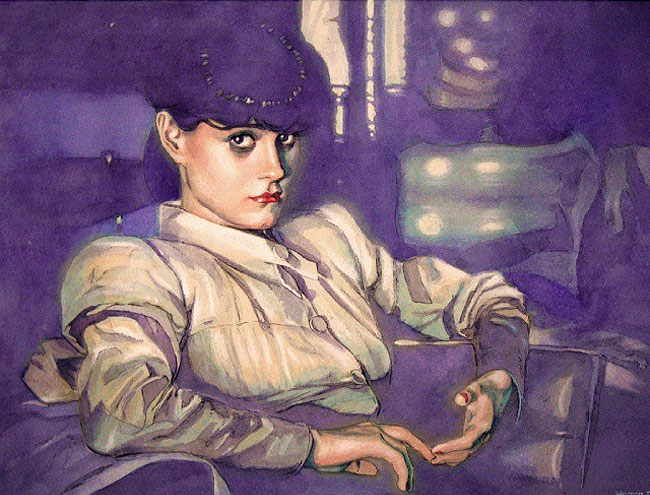 All Rachael’s character ever wanted was to know that she was loved by someone, whether it was real or not. Having her surrounded by purple instead of black brings out her fragile state and the vulnerability of her psyche. 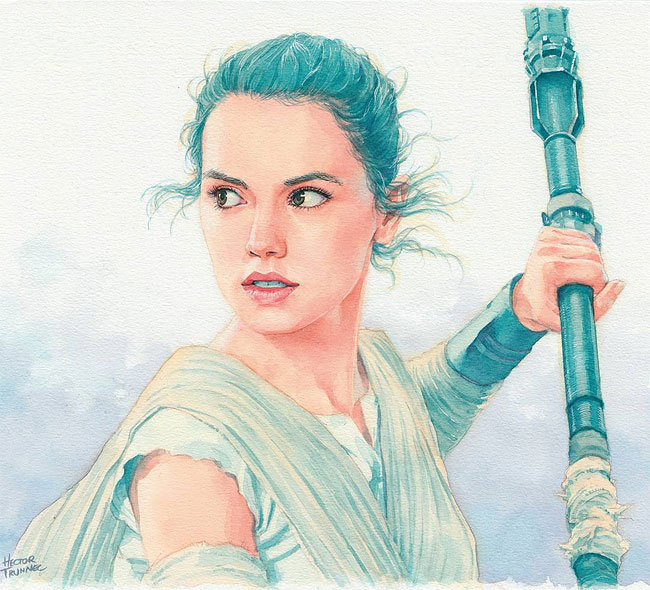 The new heroine of the ‘Star Wars’ saga gets touched up Trunnec style in this piece, which is shaded so lightly it’s almost transparent. This is an essential quality in this piece because it reflects the transparency of Rey’s intentions. 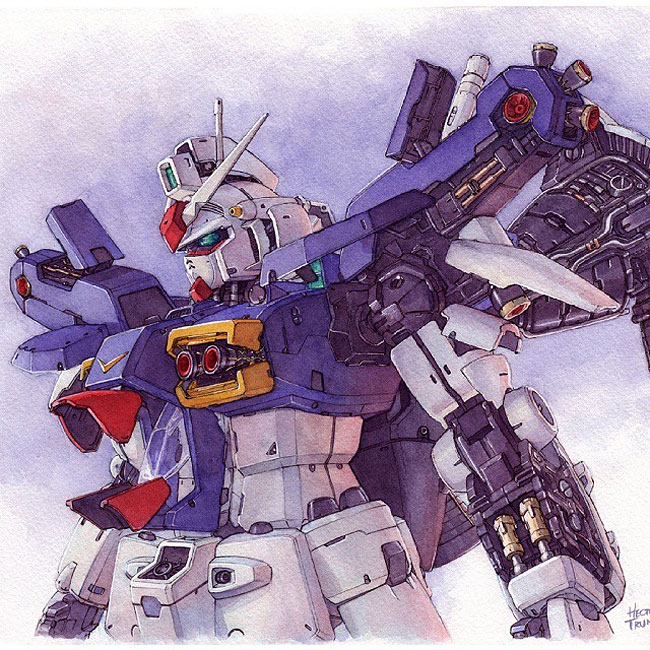 Trunnec not only sketches and outlines each piece, but shades them beautifully to let to the heroic nature of what the Gundams stand for come to life on paper.

Caesar from Dawn of the ‘Planet of the Apes’ 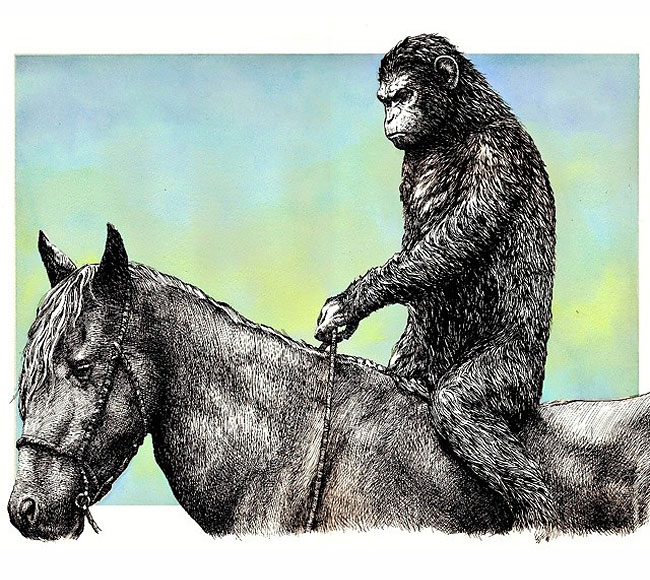 The fearless liberator of the Apes in this classic sci-fi franchise has never looked more menacing or majestic than he has in Trunnec’s depiction of Caesar or his quest for freedom. 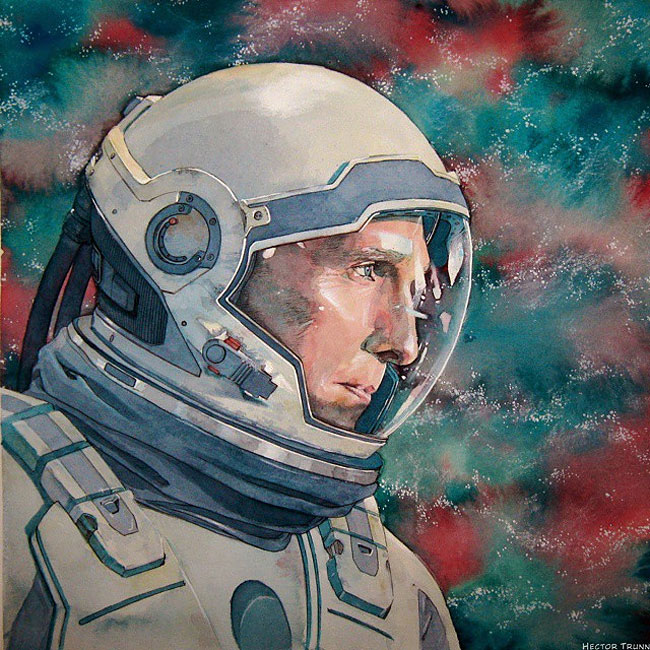 Thanks to the enchanting array of colors strung together behind him, you can’t even tell what dimension Cooper is in. The piece crystallizes Cooper as a character because no matter where he is, he’s always looking forward. 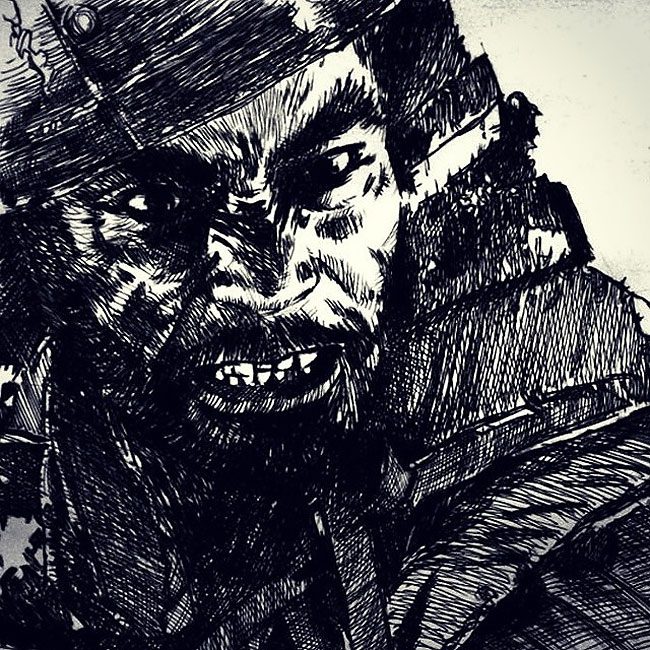 This piece of actor Toshiro Mifune portraying his relentlessly intense character from the iconic film ‘Seven Samurai’ reveals that his character is as ruthless as he is fair.

Tuco from ‘The Good, The Bad and The Ugly’ 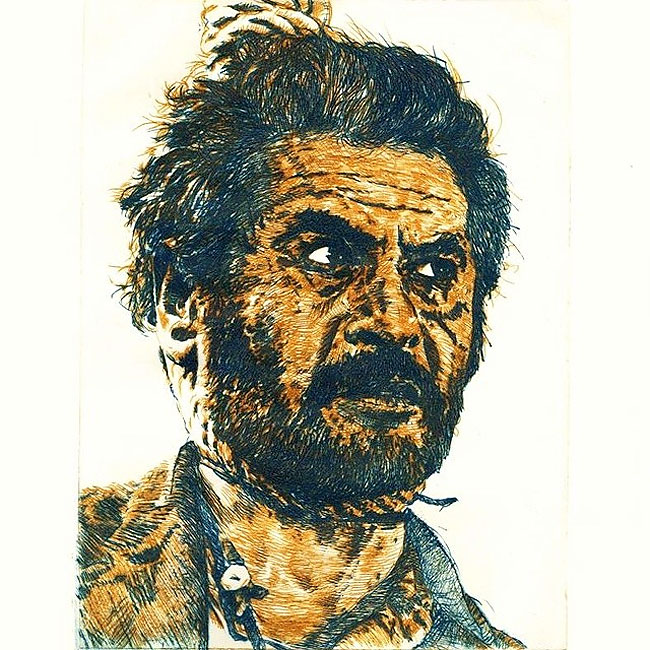 Trunnec’s piece captures the wretched soul of Tuco and how he was full of scum and villainy. Take one look at his face here and you can understand his entire character in a glance.