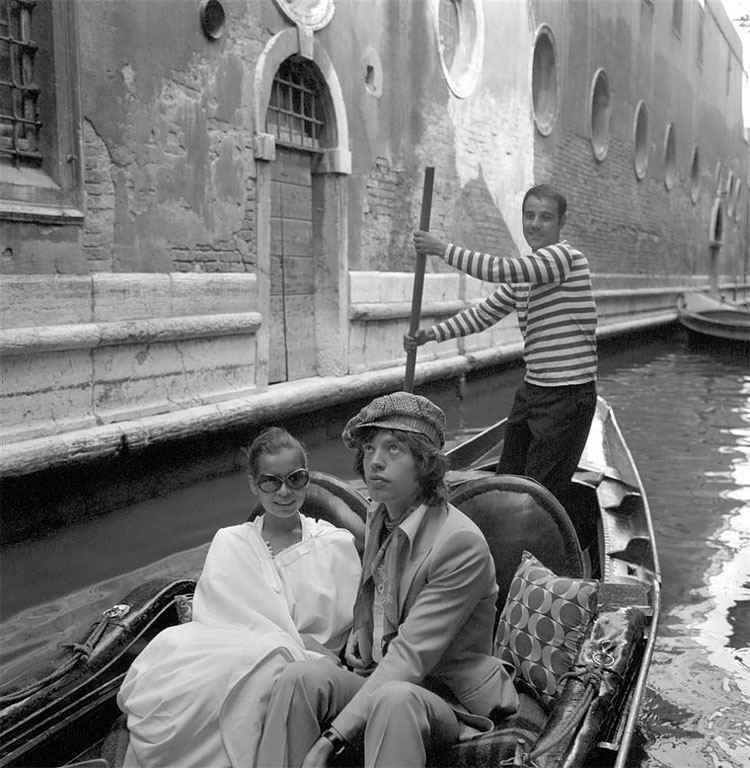 Rolling Stone Mick Jagger, wearing a suit, sitting next to Bianca Jagger wearing a white poncho and sunglasses, in a gondola, with the gondolier behind them, Venice 1971. (Getty Images) 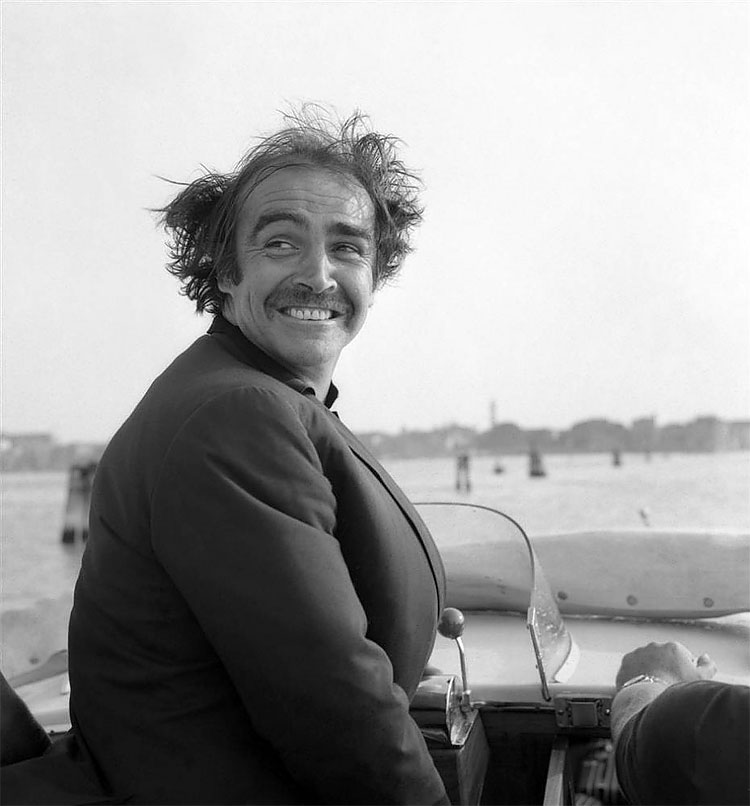 Debonair Scottish actor Sean Connery, portrayed on a water taxi with his hair in a mess because of the wind, looking behind his back, in the venetian lagoon with Venice in the background, 1970s. (Getty Images) 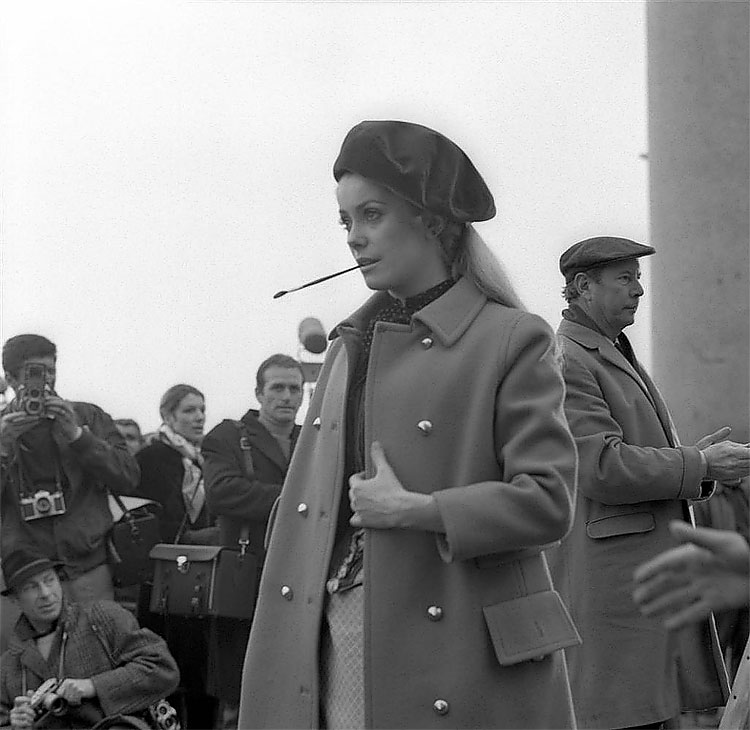 French actress Catherine Deneuve on the set of the movie ‘Mayerling’, wearing a coat and a beret, a paintbrush in her mouth with photographer behind her, Venice, March 1968. (Getty Images) 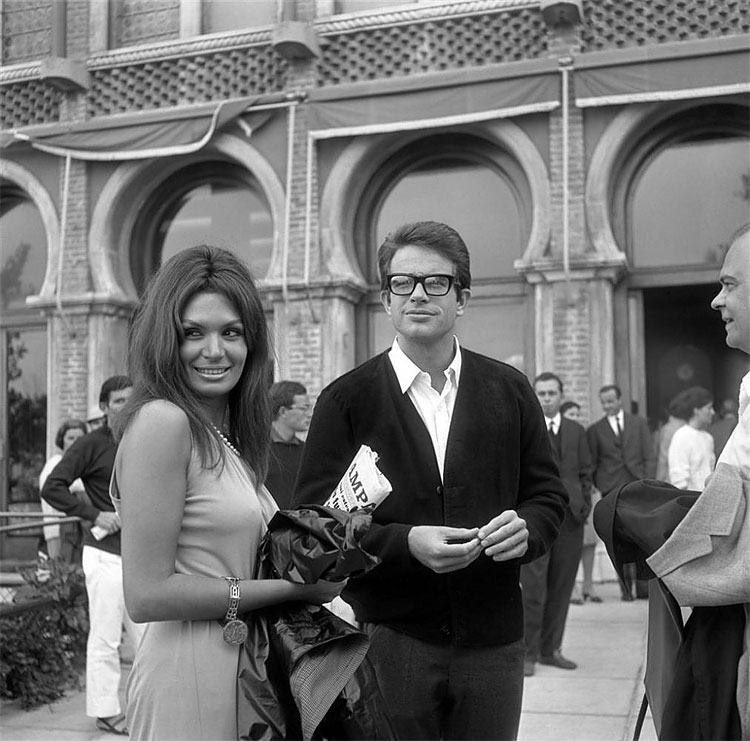 Actor and director Warren Beatty with a girlfriend poses near the Hotel Excelsior during the Venice Film Festival in 1965. (Getty Images) 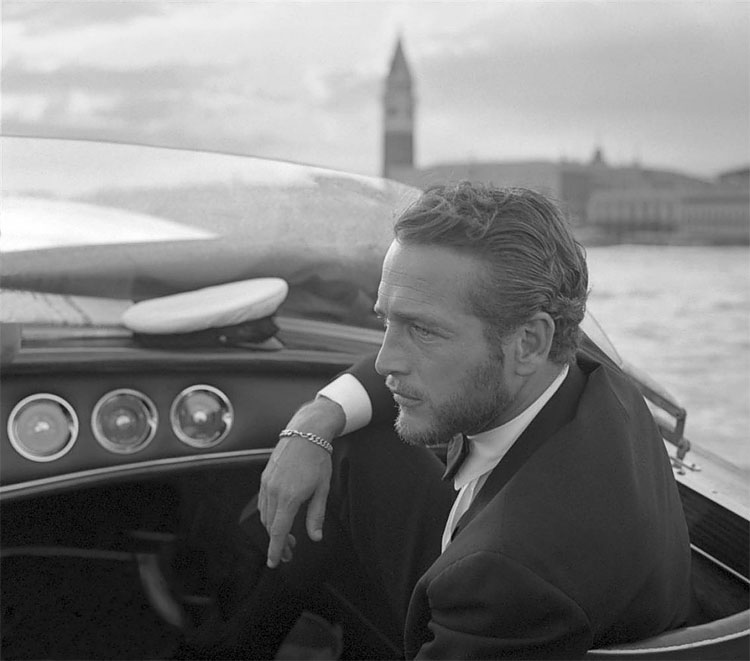 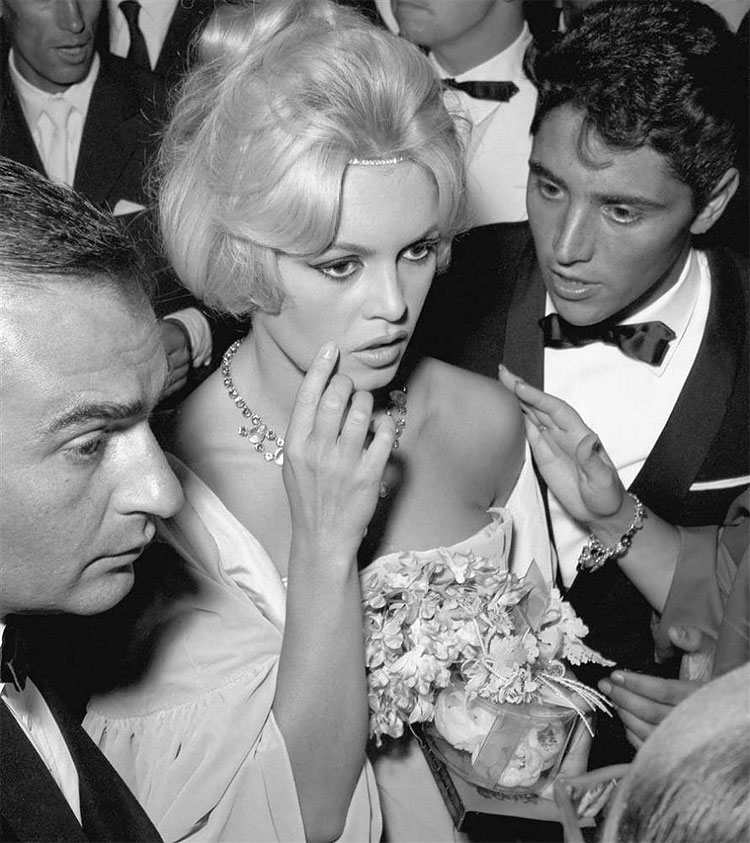 French sexbomb Brigitte Bardot with her partner, the french jazz guitarist Sasha Distel, she is wearing a dress, a diamonds hairband and a precious necklace , surrounded by men in tuxedo, Venice, 1958. (Getty Images) 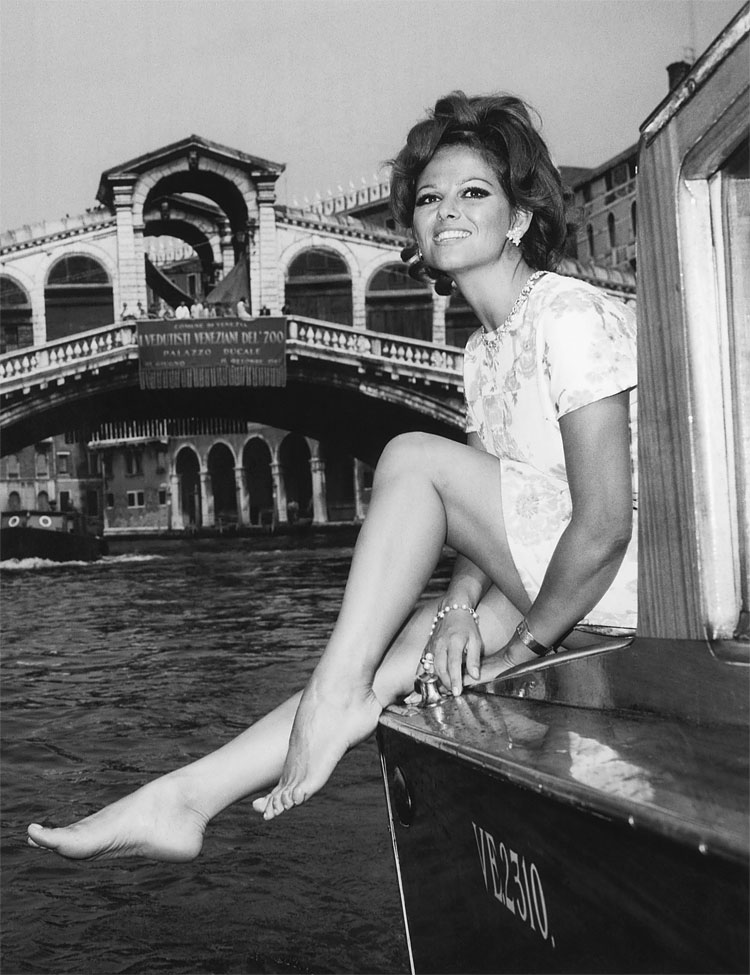 “Once Upon a Time in the West” star, Italian actress Claudia Cardinale in Venice, 1967. (Getty Images) 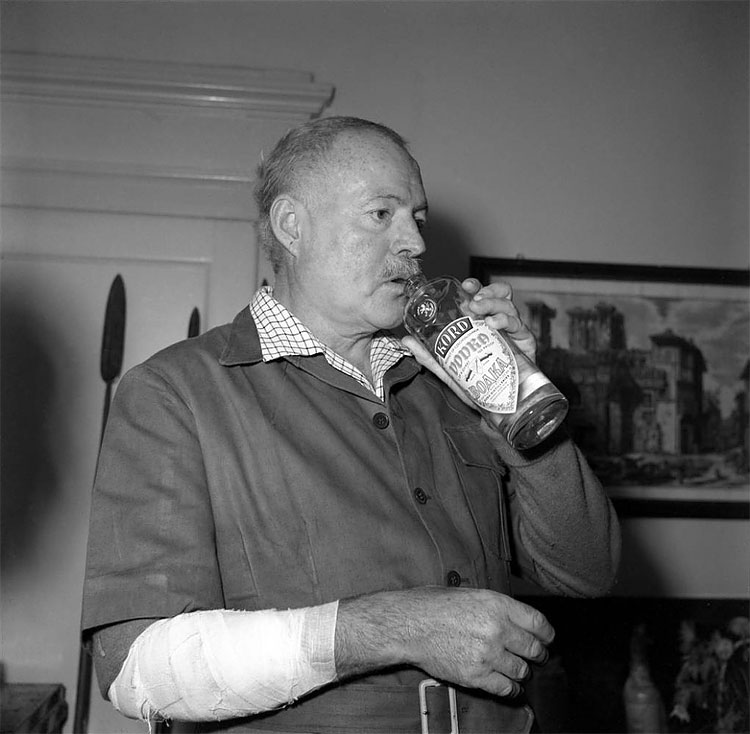 “For Whom the Bell Tolls” Literary lion Ernest Hemingway, wearing a short sleeves shirt over a plaid shirt, his hurt arm bandaged, drinking vodka from the bottle, Venice 1954. (Getty Images) 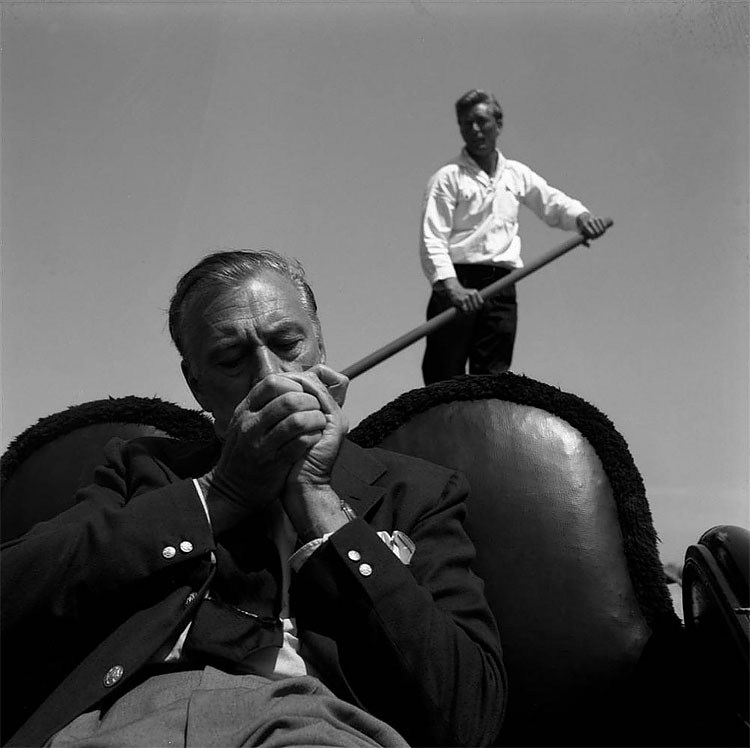 Hollywood legend Gary Cooper, on a venetian gondola, lighting a cigarette, the gondolier behind him, Venice 1955. (Getty Images) 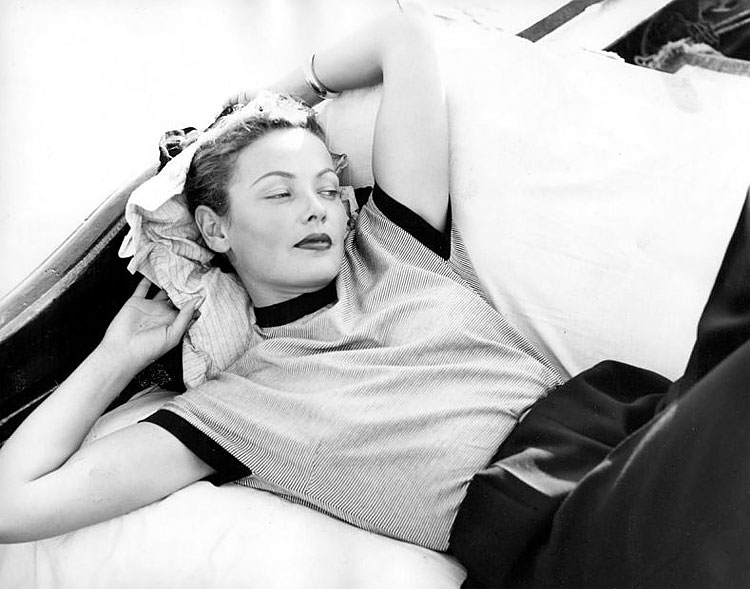 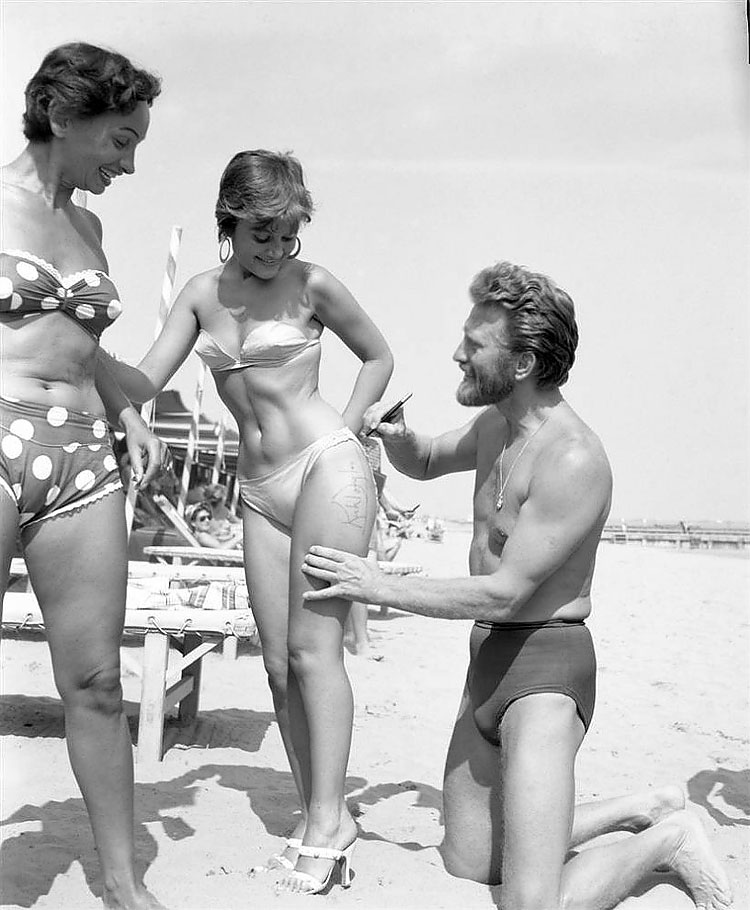 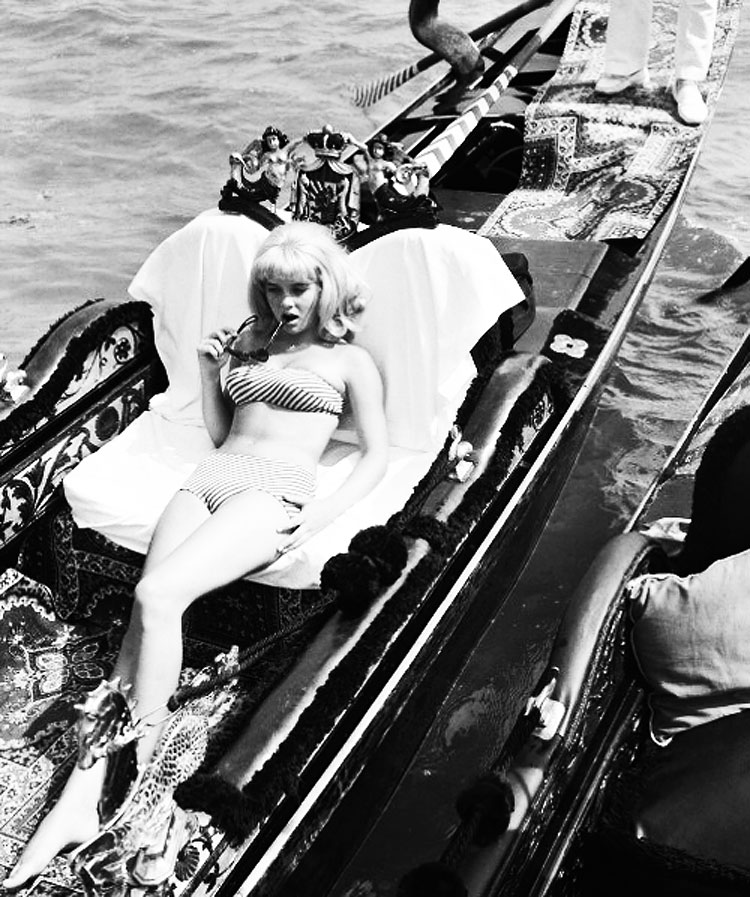 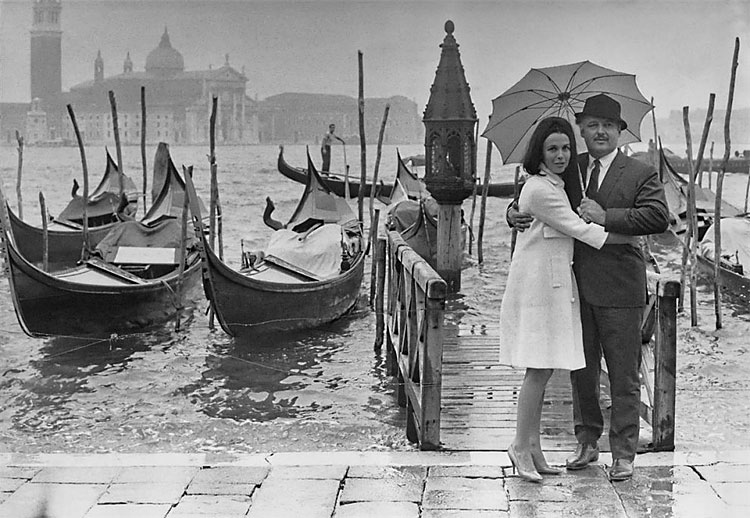 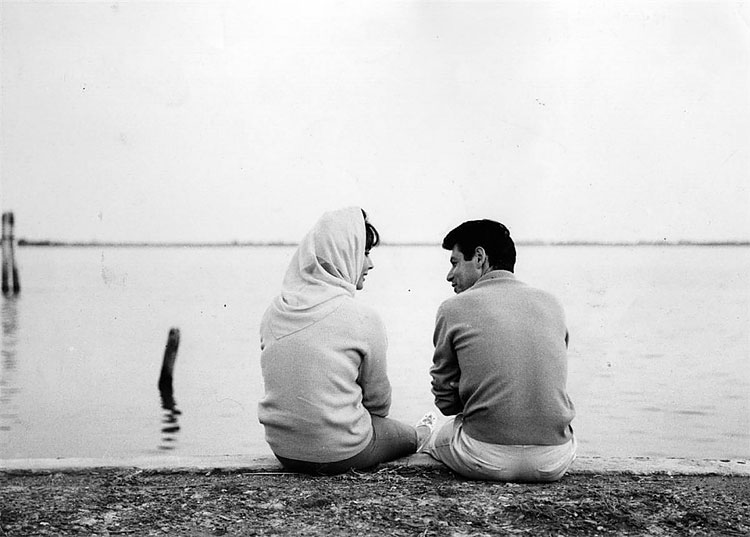 Elizabeth Taylor and Eddie Fisher visit Burano Island in the Venice lagoon in 1960. That year, they would costar in “Butterfield 8,” which would win Taylor her first Best Actress Oscar. (Getty Images) 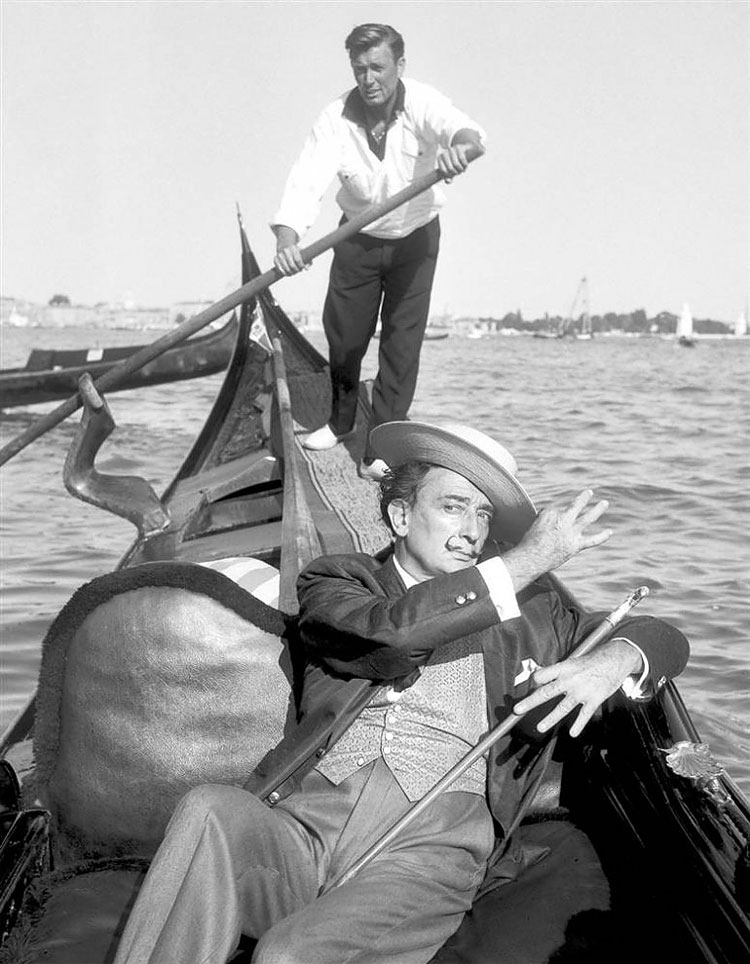 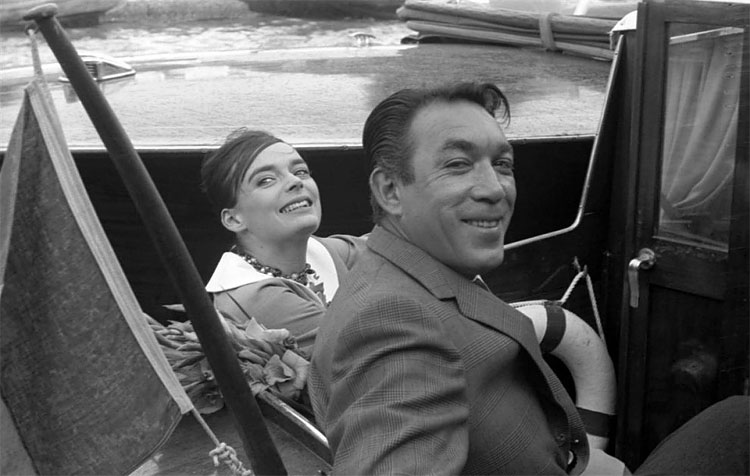