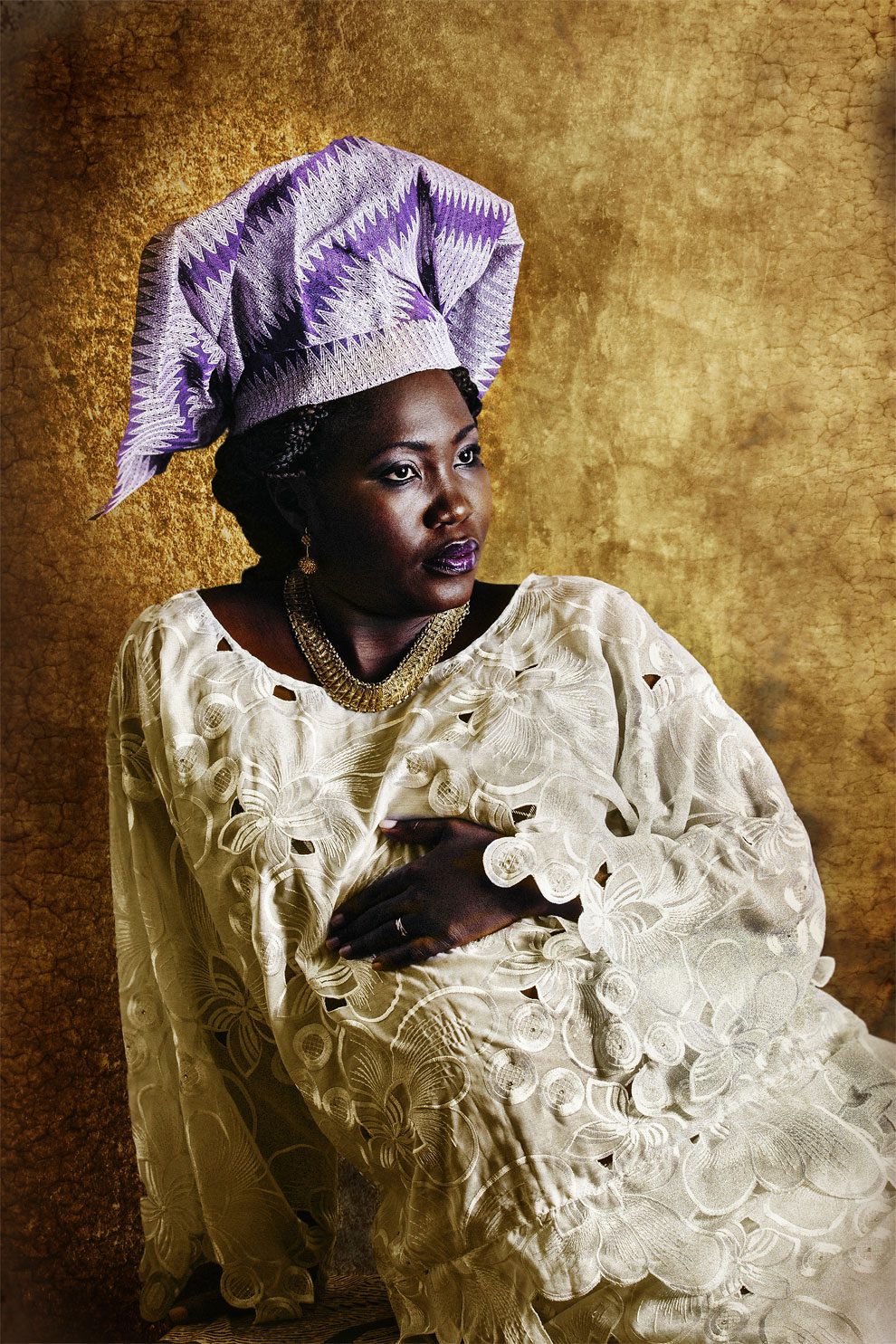 Yoruba. In Resilients, Ivorian photographer Joana Choumali shows modern African women dressed in the traditional clothes of their ancestors – and celebrates rich and beautiful cultures in danger of being forgotten. 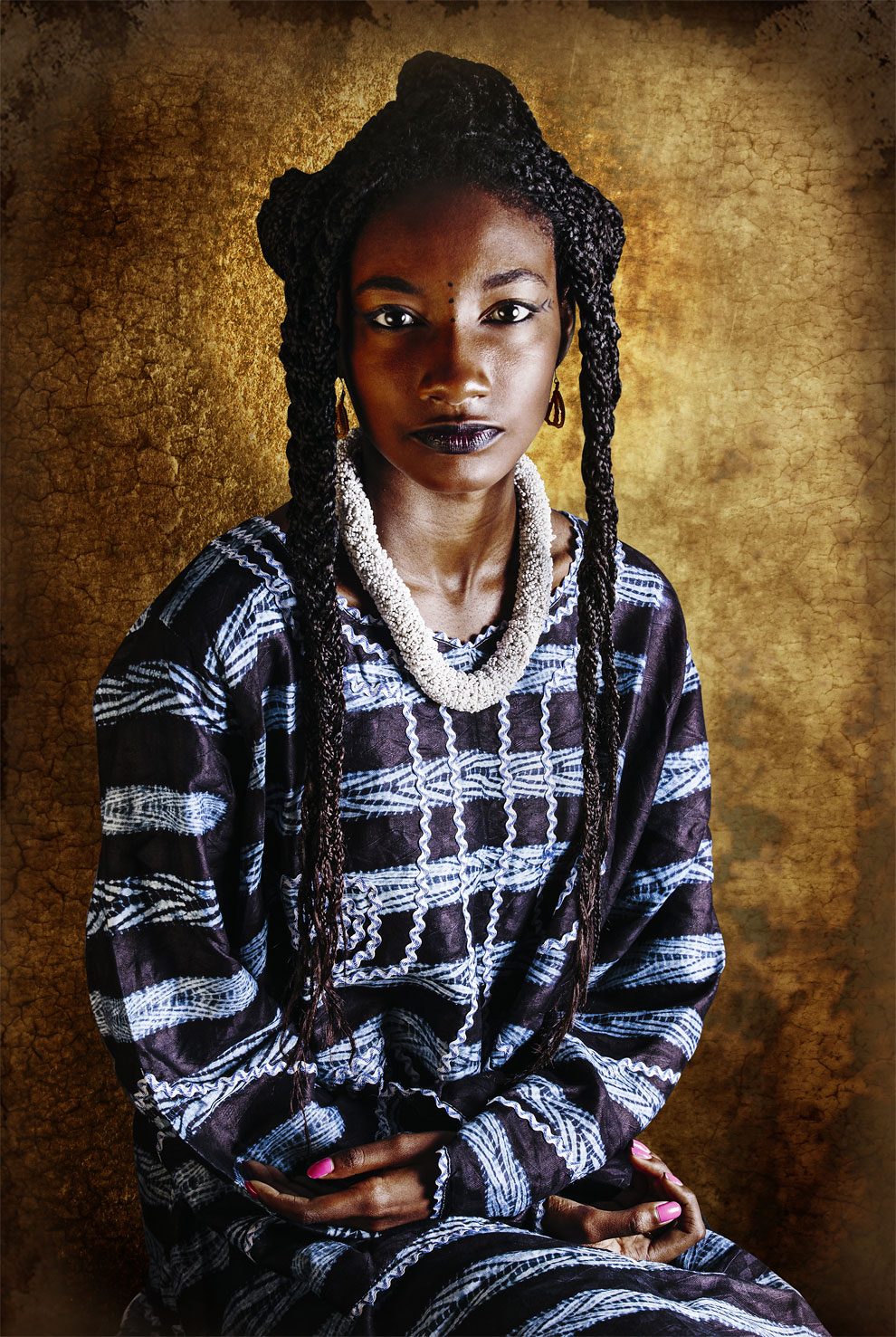 Peulh Guinea. Choumali, living in modern and cosmopolitan Abidjan, felt disconnected from her grandmother who was based in rural Ivory Coast. After she died, Choumali worried she was losing touch with her roots. 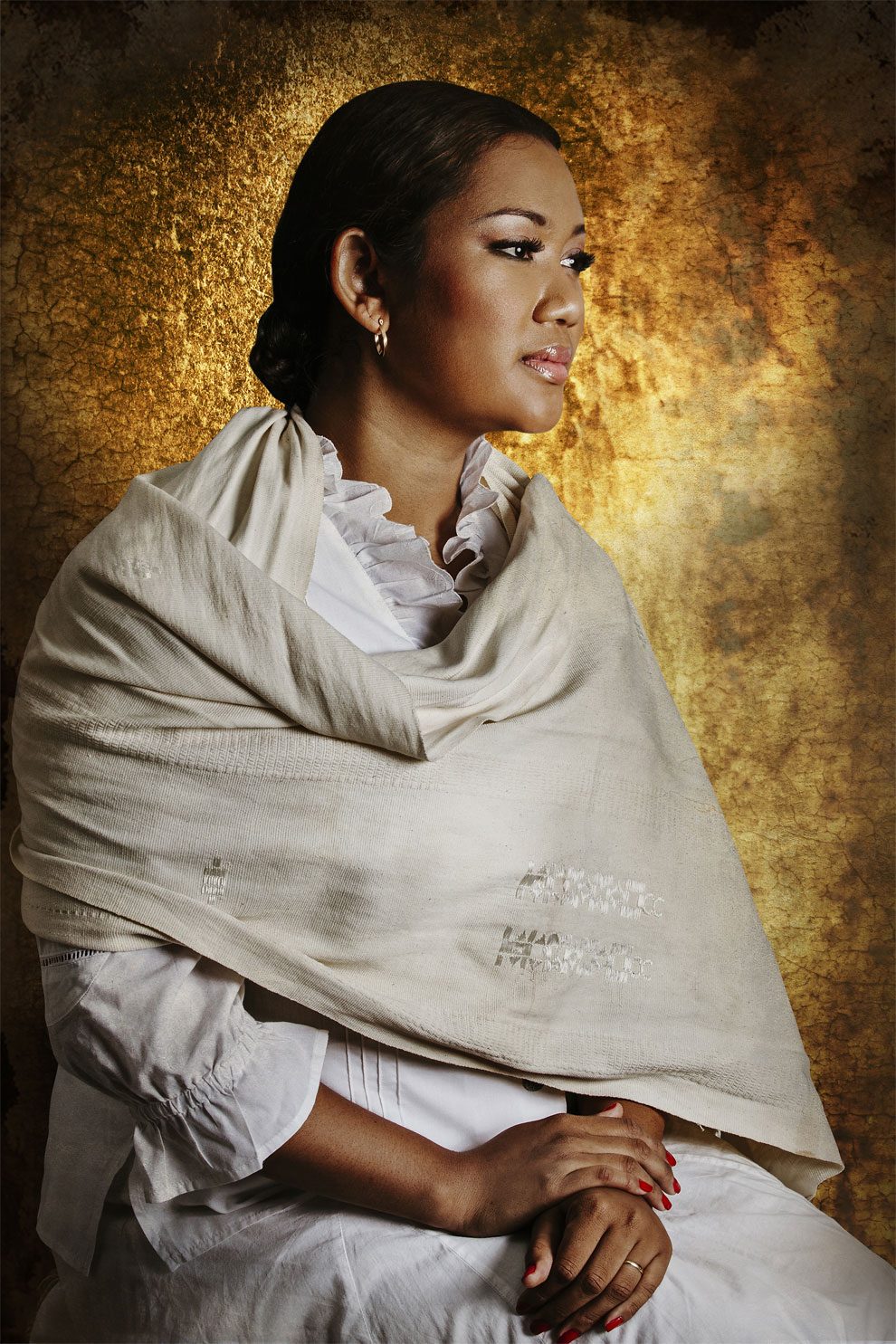 “Even if we don’t speak the language or don’t go to the village every day, we are still African”, Choumali has said. “I think it’s time to redefine what being African is”. 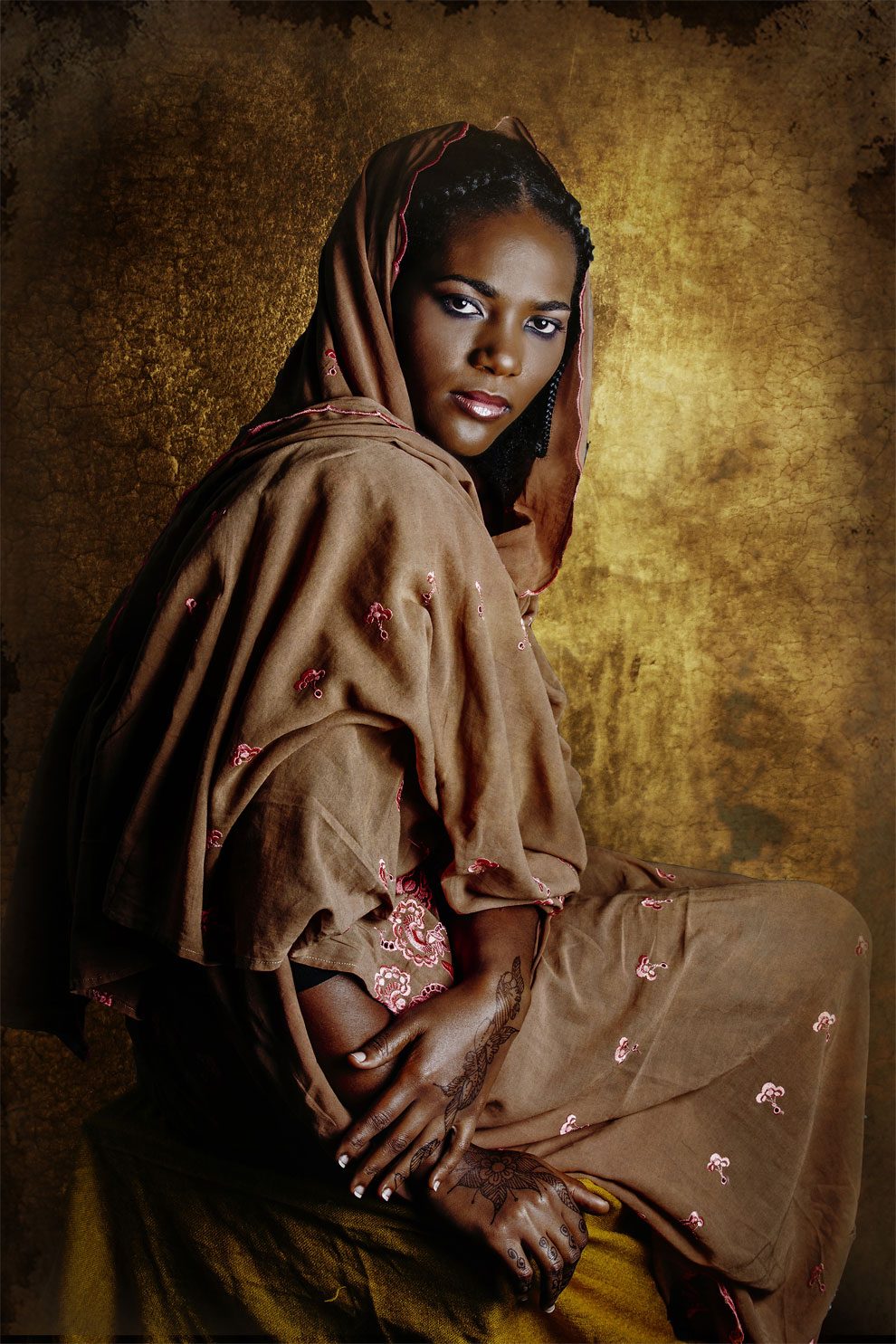 Arabic Sudanese. Choumali found her subjects on the streets of Abidjan: women dressed in contemporary clothes like jeans and heels. They were instructed to wear something worn by their grandmother or another older female relative. 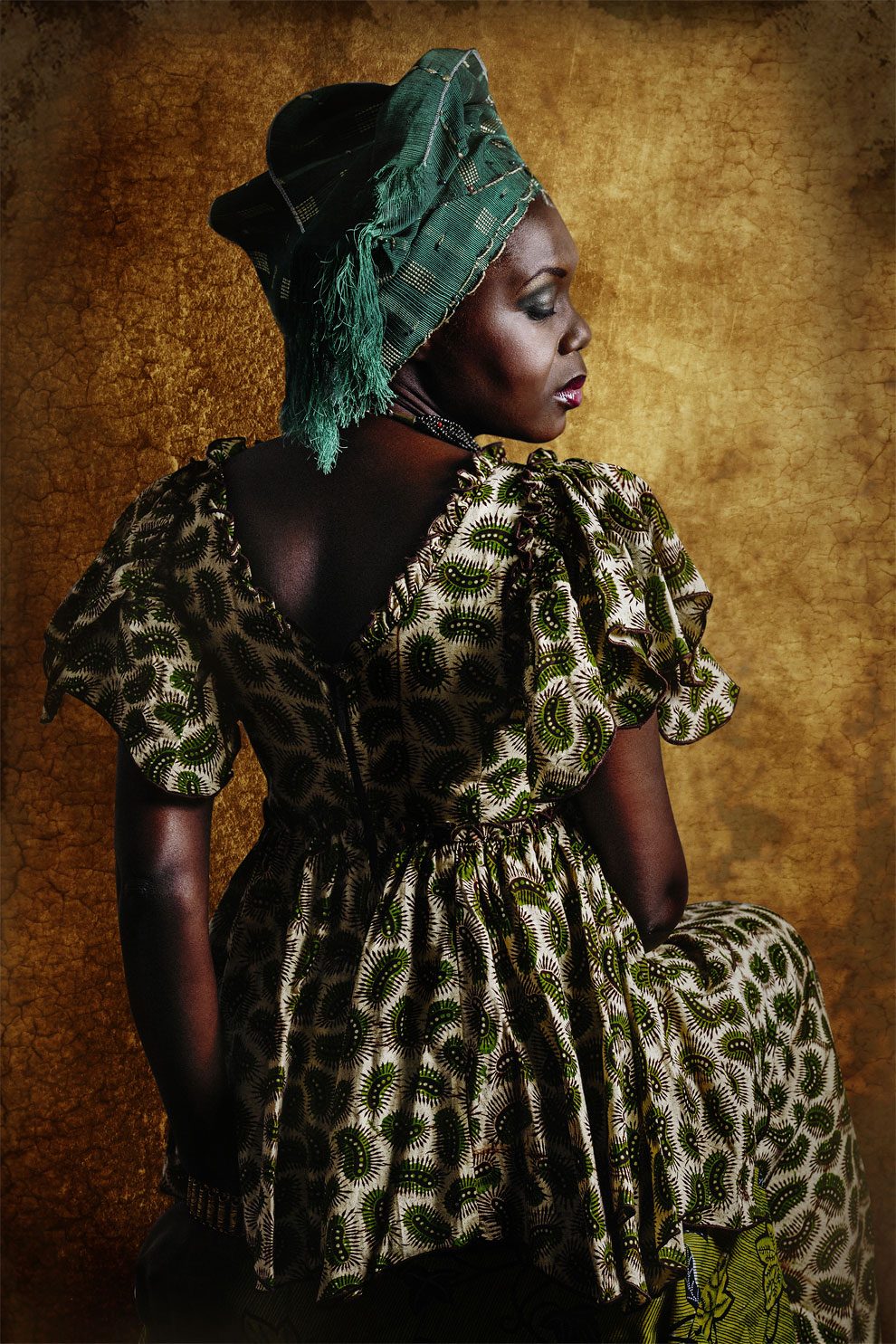 Fon. Each photo shows a different style of tribal dress – like this from the Fon people of west Africa. 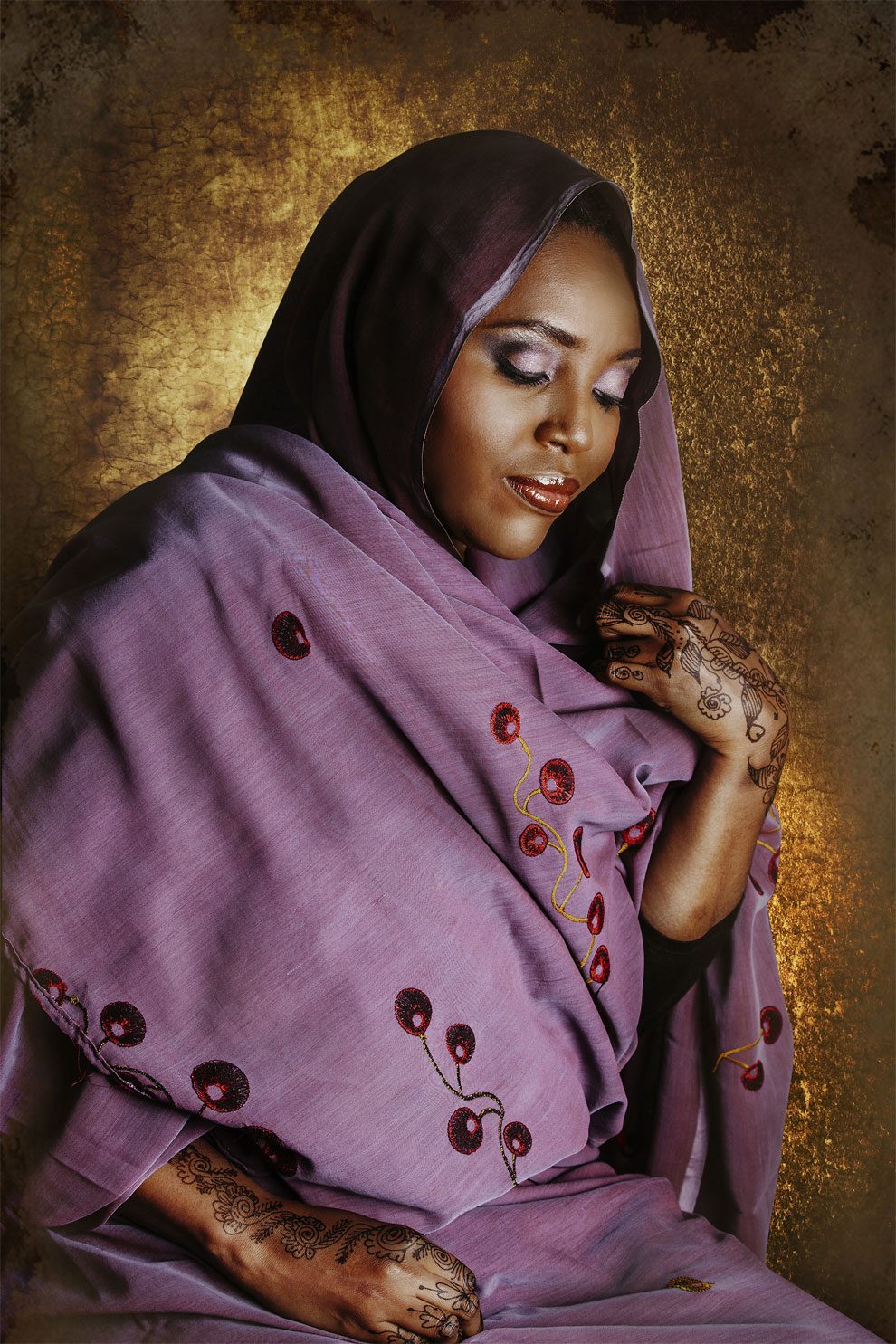 “Fatma is half Ivorian, half Sudanese”, says Choumali. “Posing in her mother’s clothes allowed her to connect with her story. Fatma works in Abidjan as a communication and events coordinator – she travels the world and is very independent. The photoshoot helped her discover the more feminine, stronger side of her personality”. 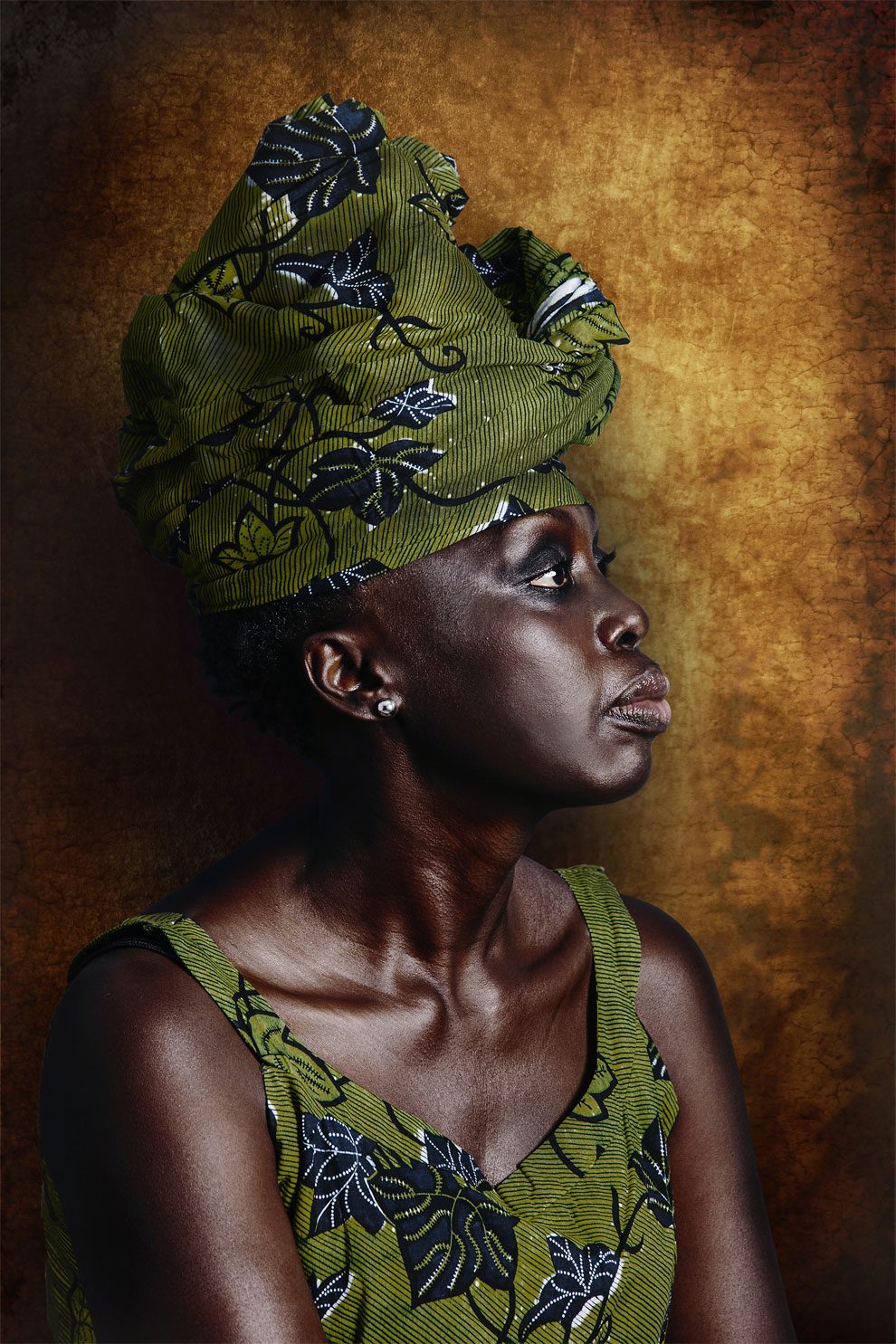 “Danielle spent her childhood living in Spain, while her father worked at the Ivorian embassy in Madrid. Now she teaches Spanish in Abidjan. Danielle is wearing her grandmother’s outfit. The style and design is typically 1950s. During the shoot Danielle was very emotional as her mother had recently passed away, and she realised how similar they looked. The photo session was like therapy”. 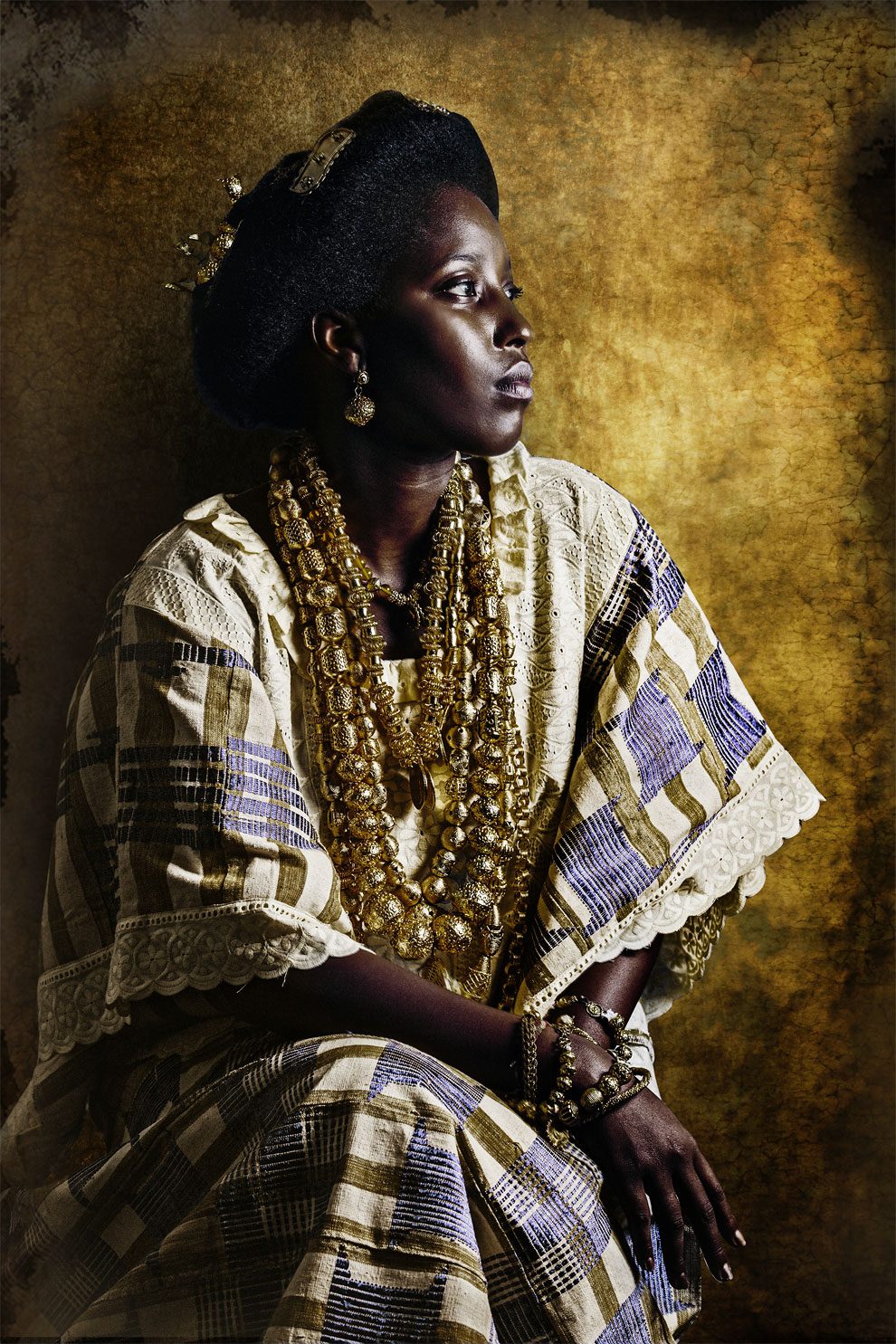 “Soukeyna studies marketing in Bordeaux. She had to ask the permission from the King of Grand-Bassam to borrow these clothes and jewellery. The outfit was worn by the Queen, her great grandmother, in the 1930s. She came to the studio with her mother, who was in tears at the resemblance between Soukeyna and her great grandmother. They brought an old portrait with them to the studio of her at 17”. 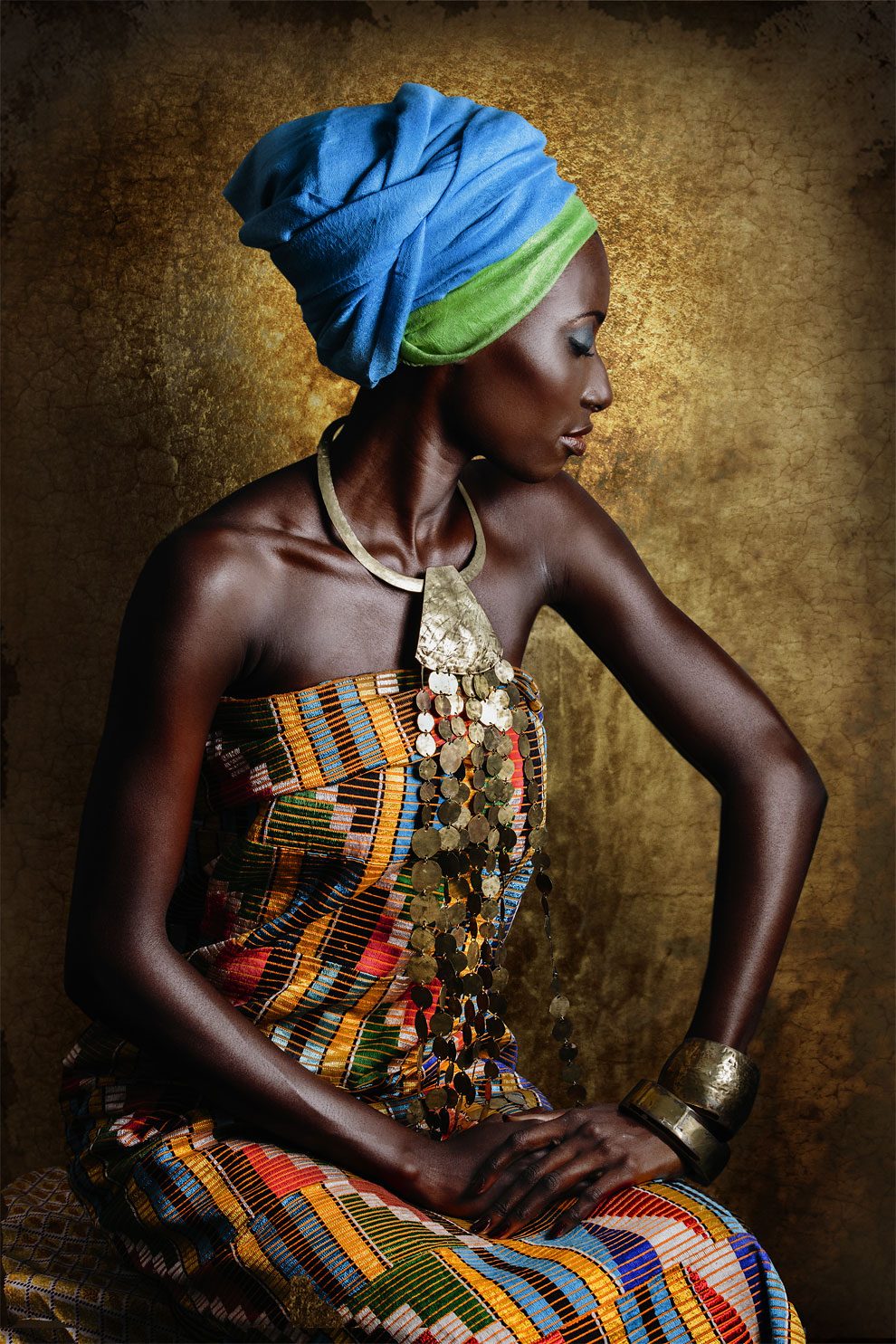 “Cleopâtre is a medical student at the University of Abidjan – she wants to become a paediatrician. She is from the tribe of Abidjan, Ebrié. Cleopâtre arrived at the studio wearing jeans; her natural style is very modern”. 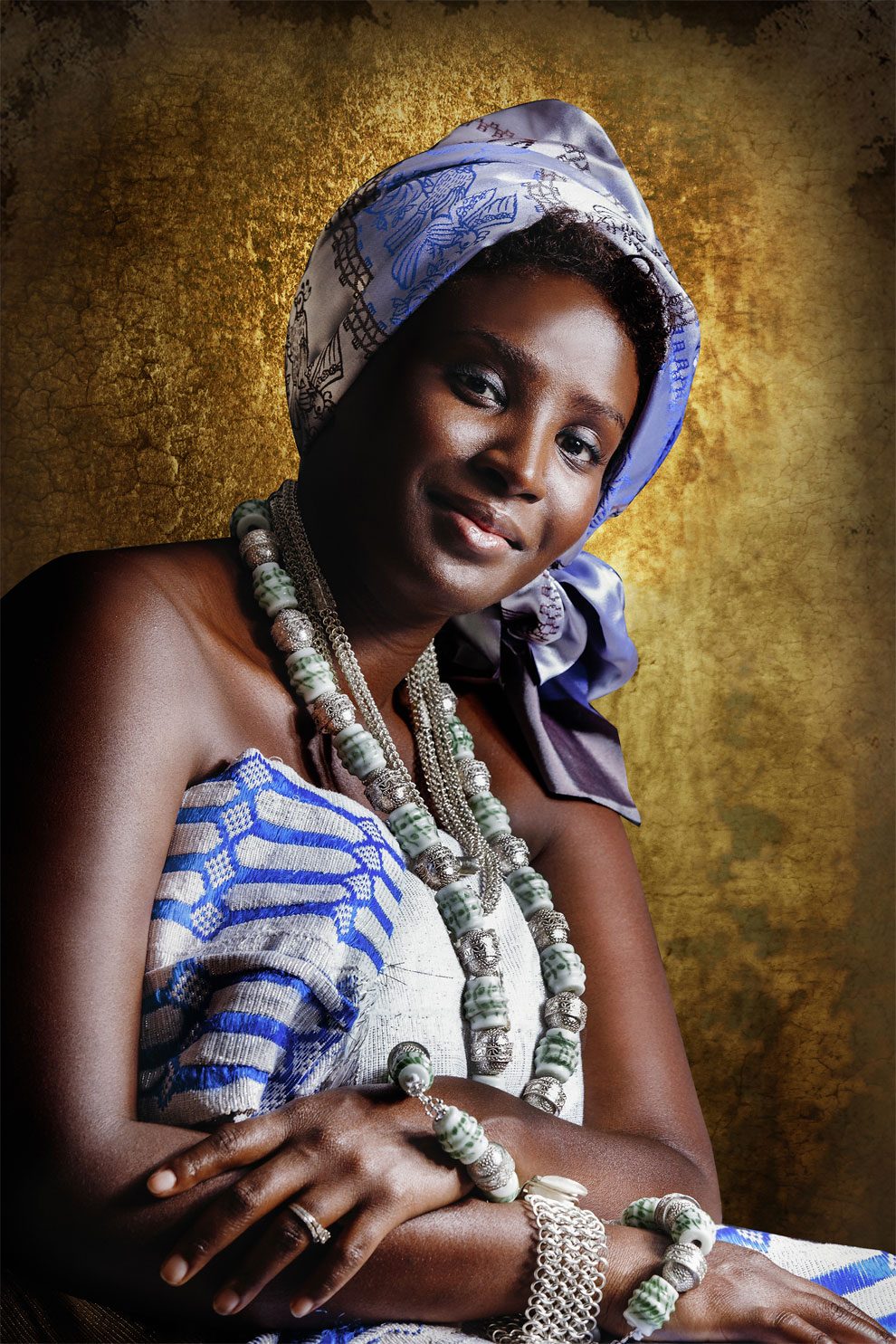 “Sandrine is an Agni from the Akan group. She lives in France and owns a cosmetic company focused on natural beauty products. She came to the studio with her mother with whom she has very tight bond, and wore her grandmother’s clothes, from the royal family of Abengourou. Her mother explained that the grandmother kept all the kente clothes and jewellery in big trunks for her daughter and granddaughter – Sandrine is also wearing her grandma’s wig”. 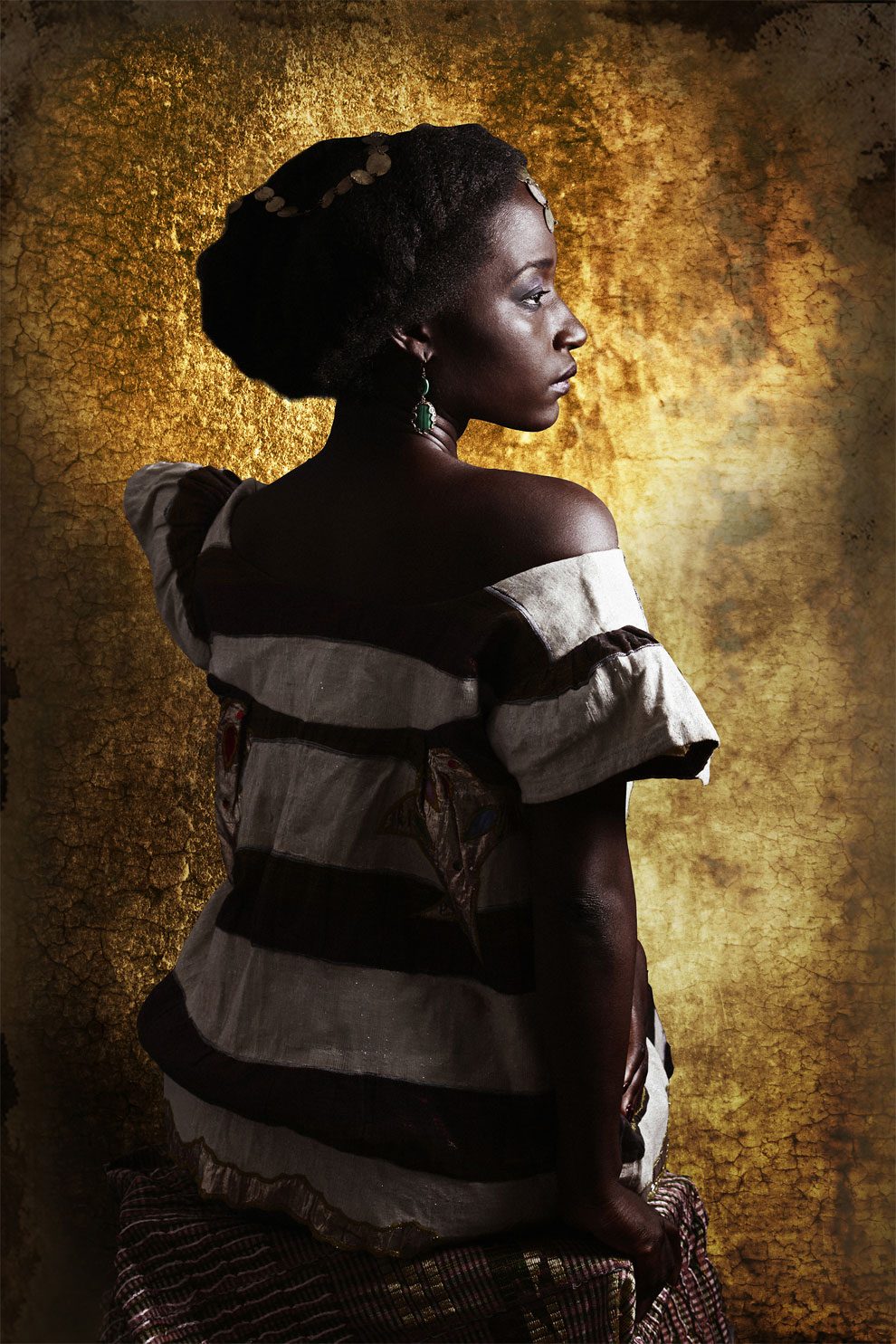 “Lydie is a lawyer, and has lived in London most of her life. I met her on the internet as she was looking for a photographer for her wedding in Abidjan. Her outfit is from the Tagbanan tribe, who are originally from north Ivory Coast. Lydie was proudto see herself in the traditional outfit – she said that she felt like she was reconnecting with the cultural part of herself”. “Sandrine is half Ivorian and half Senegalese. She lives in Abidjan. She was unemployed and recently divorced when she agreed to pose for the project. The shoot was very intimate. After posing, Sandrine confessed she felt stronger, ready to start over her personal and professional life. Today, she works as a commercial agent in a company and recently got remarried”. 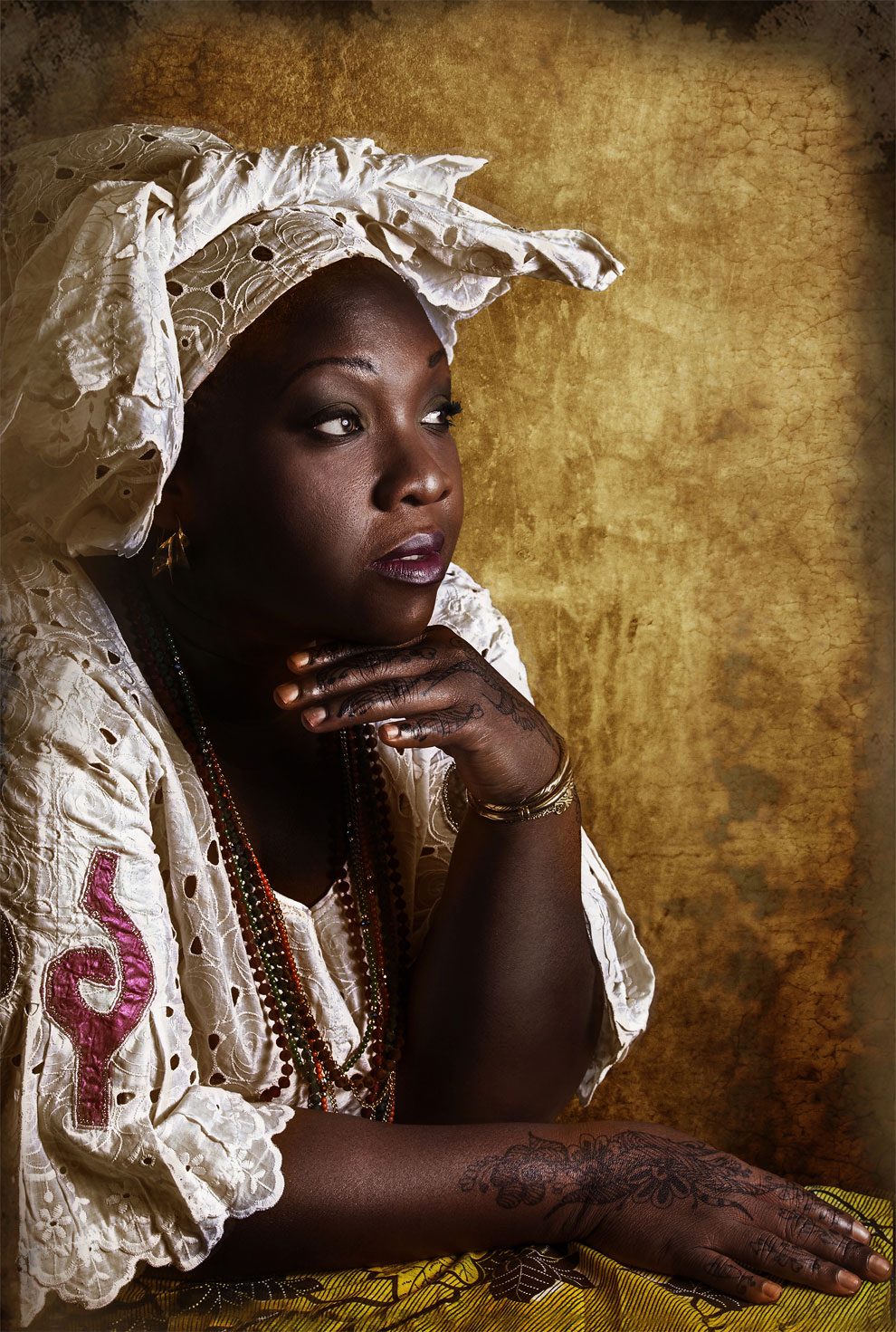 Bambara. Choumali’s other projects also delve into African heritage, such as Haabre, The Last Generation, which documents the facial scarring rituals of Burkina Faso. 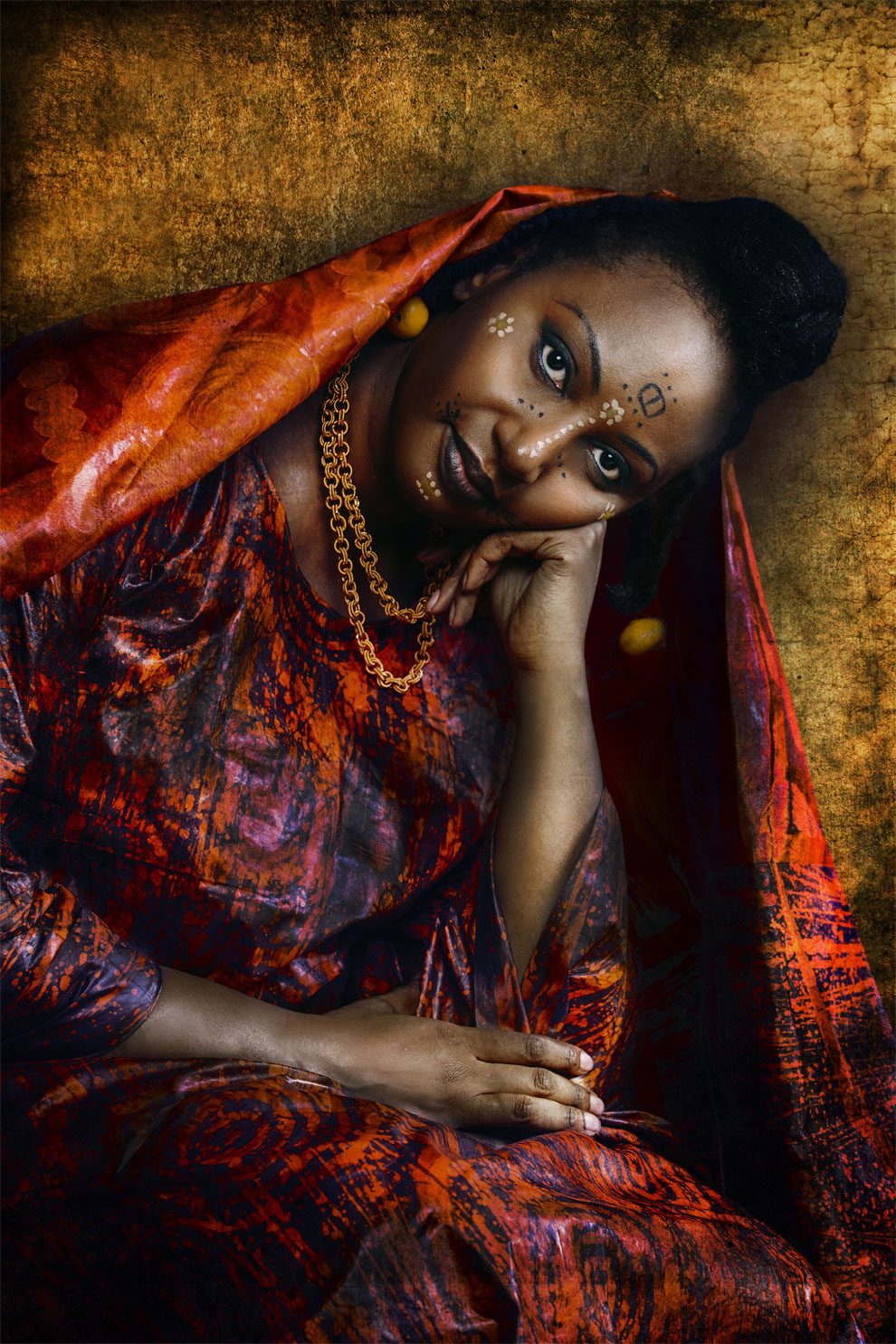 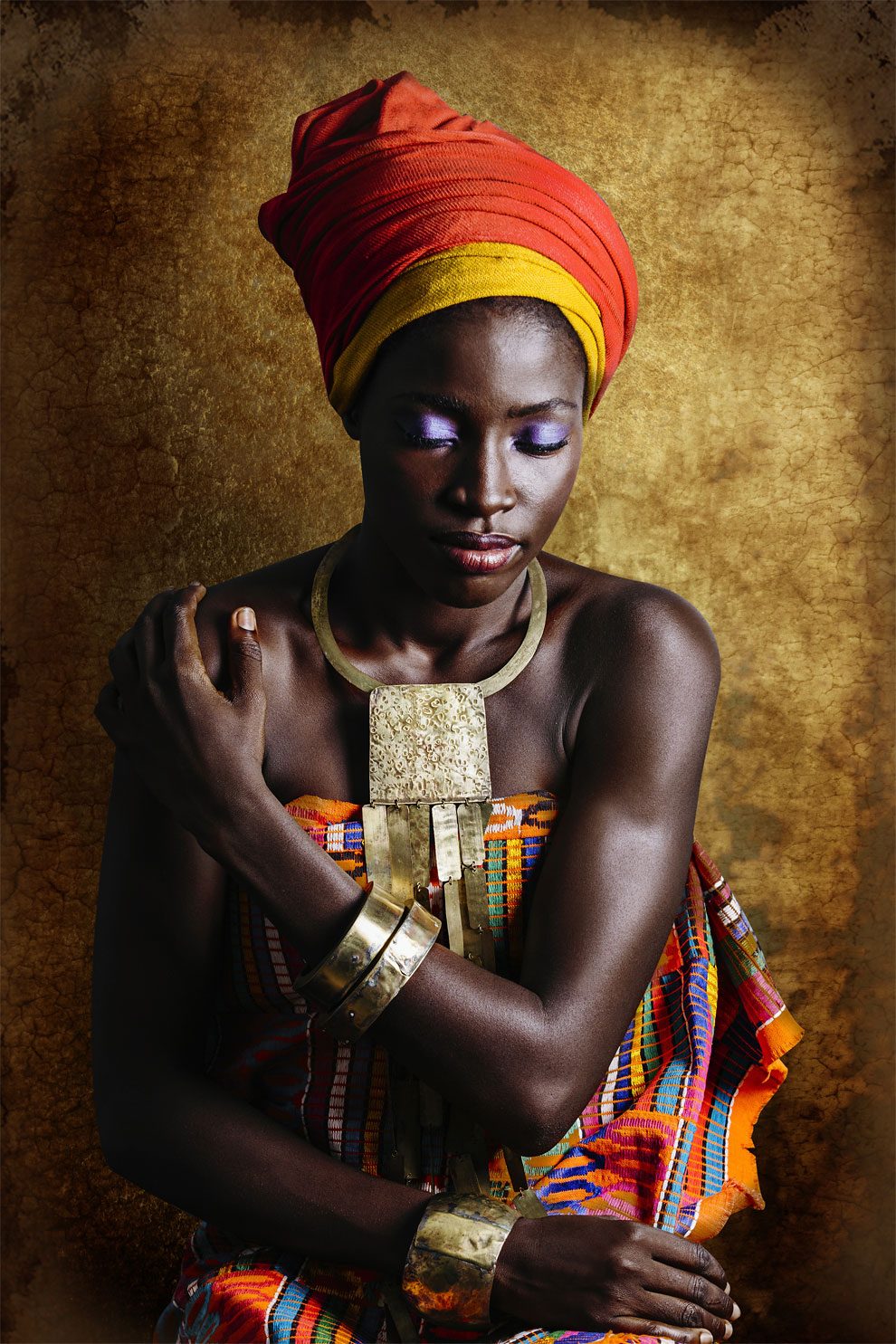 Ebrié Akan. Another series meanwhile goes behind the scenes of an Ivorian mannequin manufacturer, to highlight the construction of African beauty ideals.