The Wild Side Series: The World’s National Animals And Their Tracks

Have you ever wanted to take a walk on the wild side to discover the world’s most iconic national animals? Learn how to identify the footprints of these often-elusive creatures and you’ll be on their trail in no time. 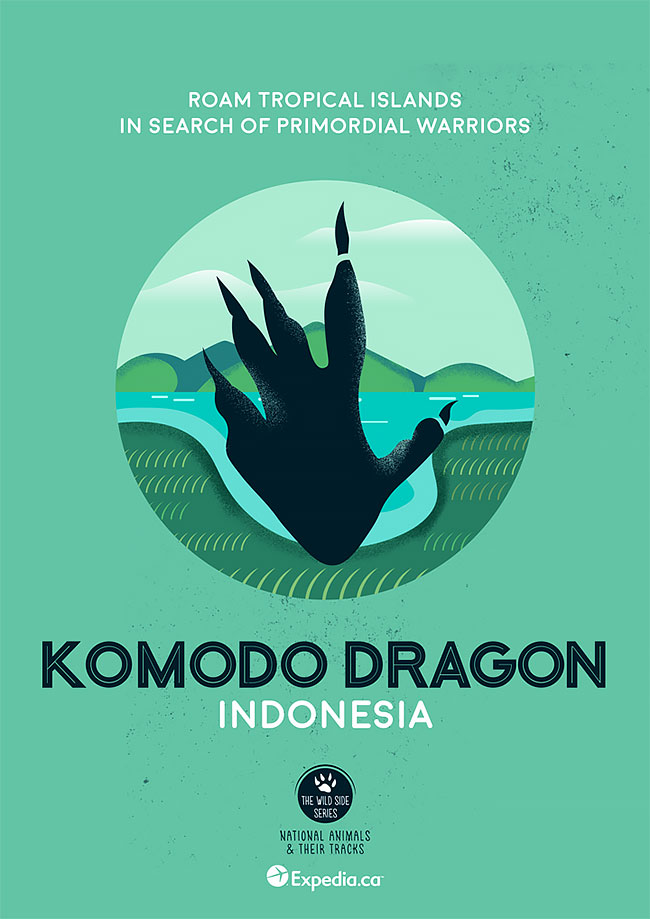 The world’s largest living lizards are found on the tropical islands of central Indonesia. They can grow to 10ft long and until 1912, the western world thought they were mythological, so prehistoric was their appearance. This is one real life dragon that should be approached with caution. 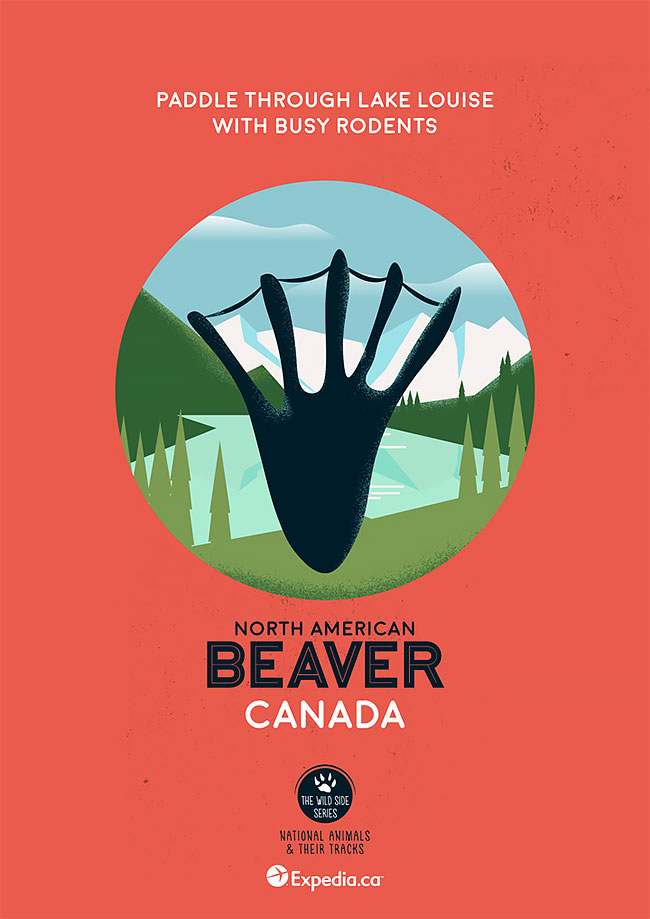 North America’s largest rodent can usually be found busily searching for food near streams, ponds and lakes. Its webbed feet make it perfectly adapted to life in and around water. They are mostly active at night, so don’t forget get your torch and wellies. 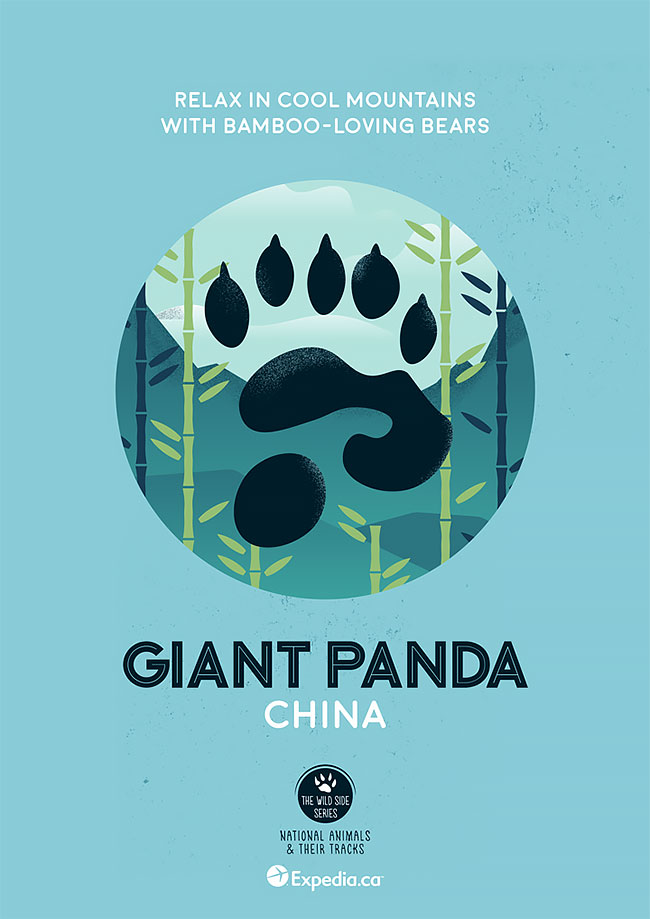 This cuddly but antisocial national treasure spends most of its time alone eating, resting, or looking for more food. They can usually be found in large bamboo forests on humid and high mountain slopes. Looking to chill? Why not do it with these beautiful lazy bears. 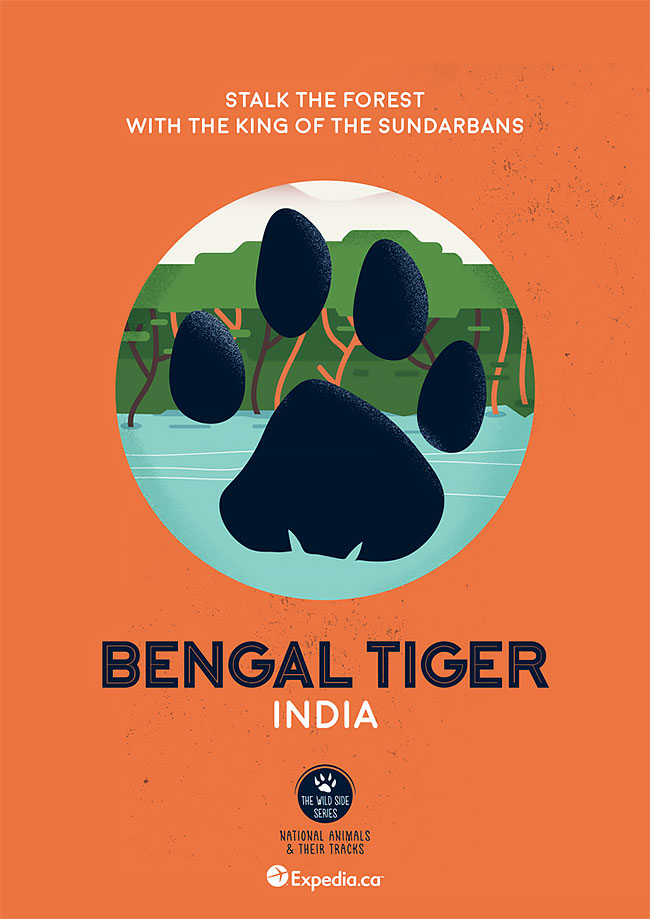 These solitary tigers sit proudly at the top of the food chain in the wild. Their stripes help them camouflage as they stalk their prey, but don’t worry, despite their fearsome reputation, they usually avoid humans. 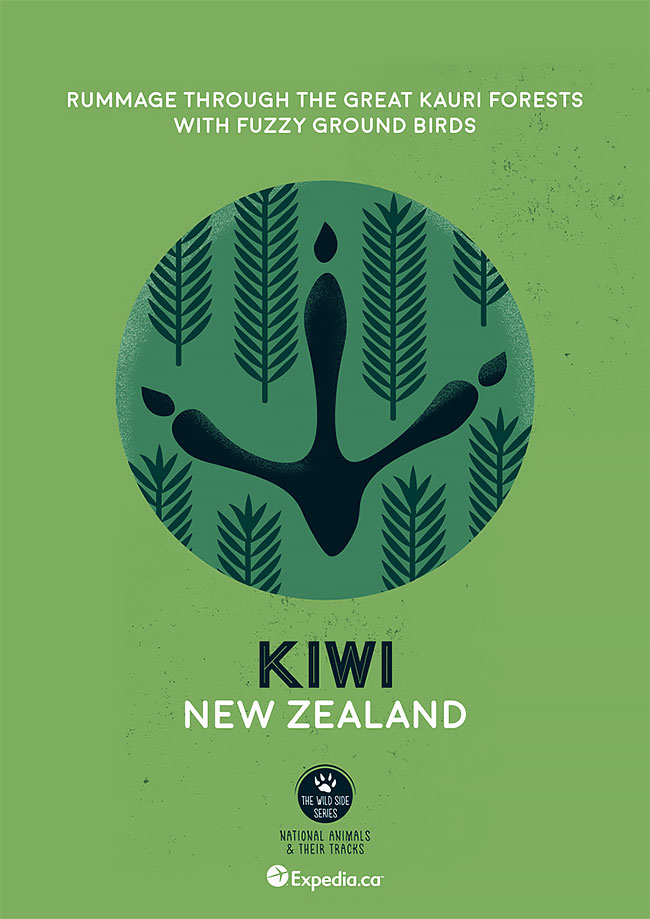 This unique and curious bird has literally gone pear-shaped. They can’t fly, but they do have an excellent sense of smell, which they use to forage for their diet of worms, grubs, bugs, berries and seeds. Kiwis are typically nocturnal so can usually be spotted rummaging around at night. 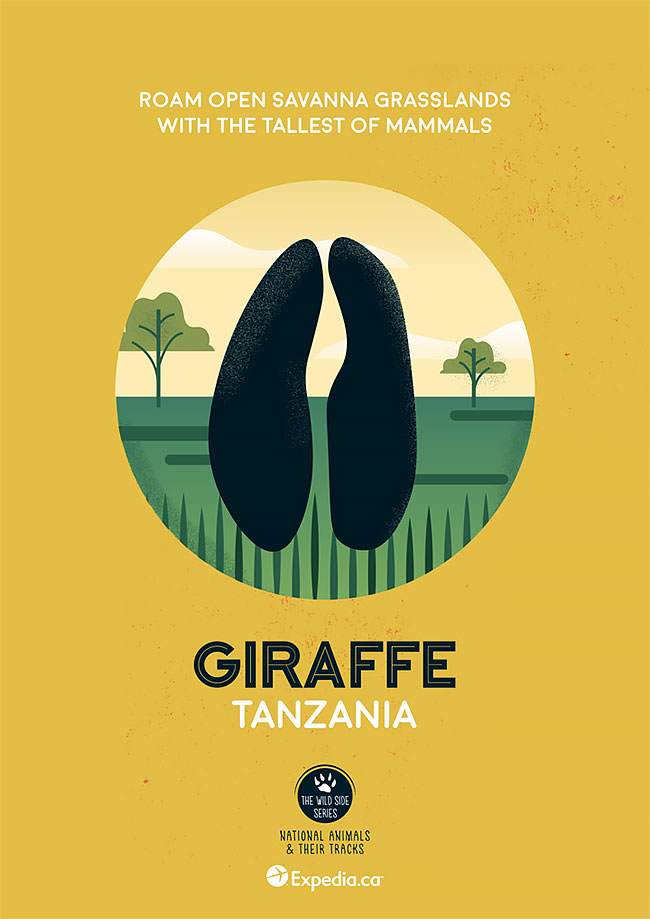 The world’s tallest animal uses its patterned coats as camouflage, although, let’s face it, they are pretty hard to miss. They spend most of their day eating, taking their pick of the tender leaves of the high branches that the other animals can’t reach. 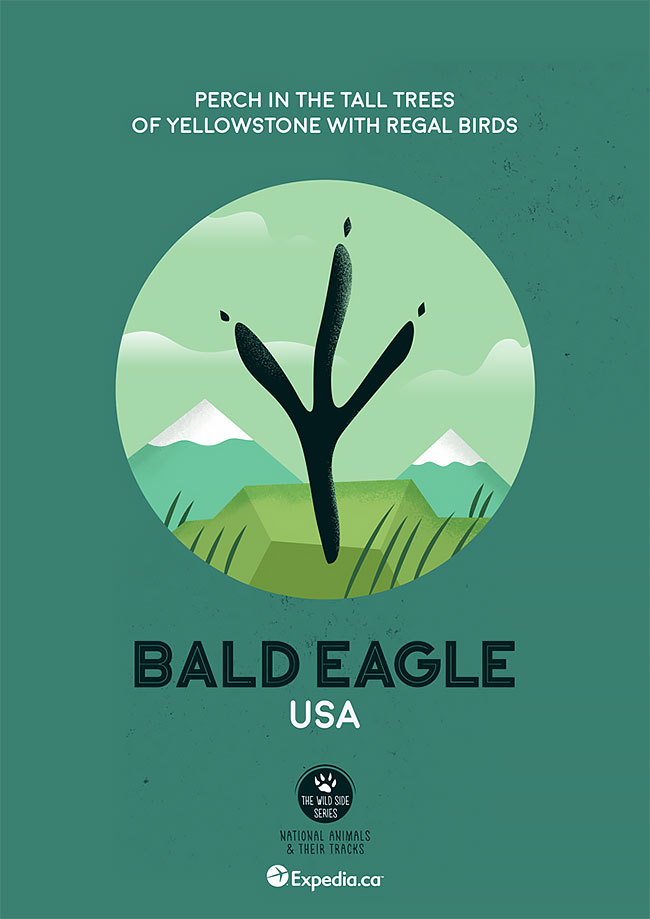 These iconic birds use their talons to fish and they get many of their meals by scavenging carrion or stealing the kills of other animals. They can usually be found near water where fish are plentiful. Look out for their snowy-feathered heads and white tails. 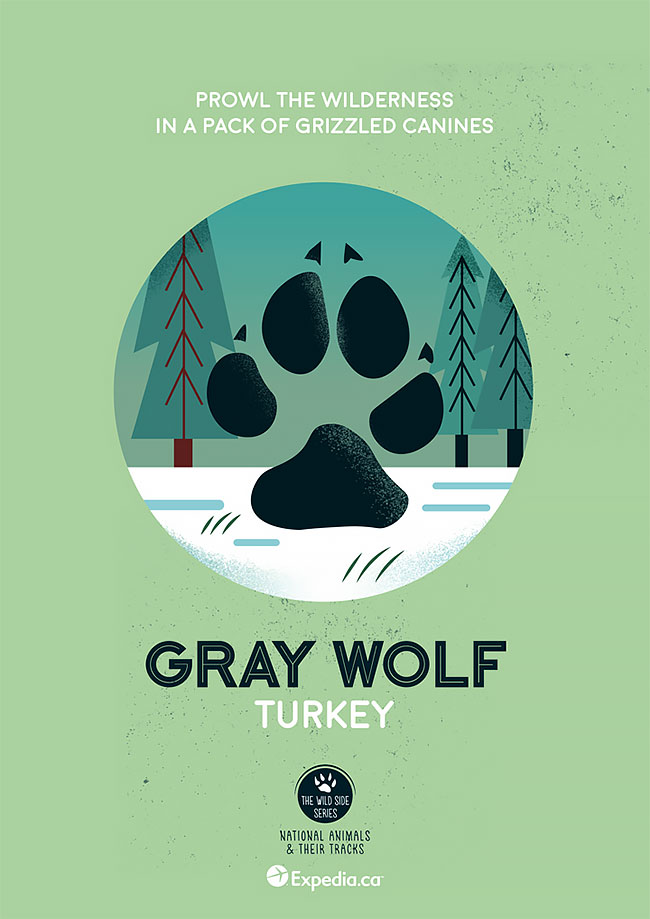 These grizzled wolves live, travel and hunt in packs of seven to eight. They have a complex communication system, so you if you spot their tracks you might also hear them howling. They are more active at dawn and dusk, so keep your eyes and ears peeled if you want to join the pack. 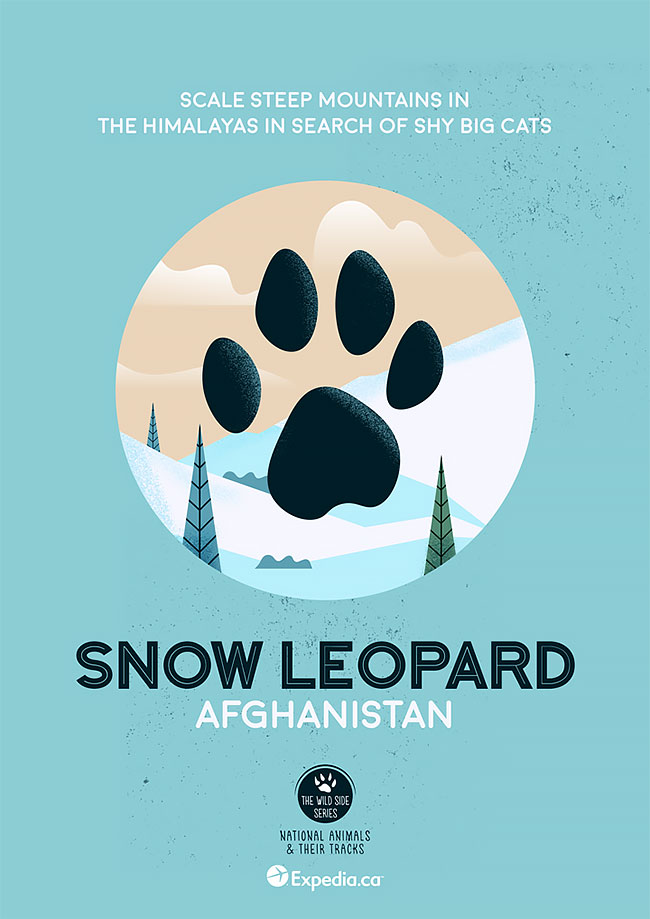 Their thick fur patterned with dark spots is the perfect camouflage for the elusive snow leopard. They are perfectly adapted to the cold, barren landscapes of the Himalayas and notoriously hard to spot. They are most active at dawn and dusk, so keep your eyes peeled. 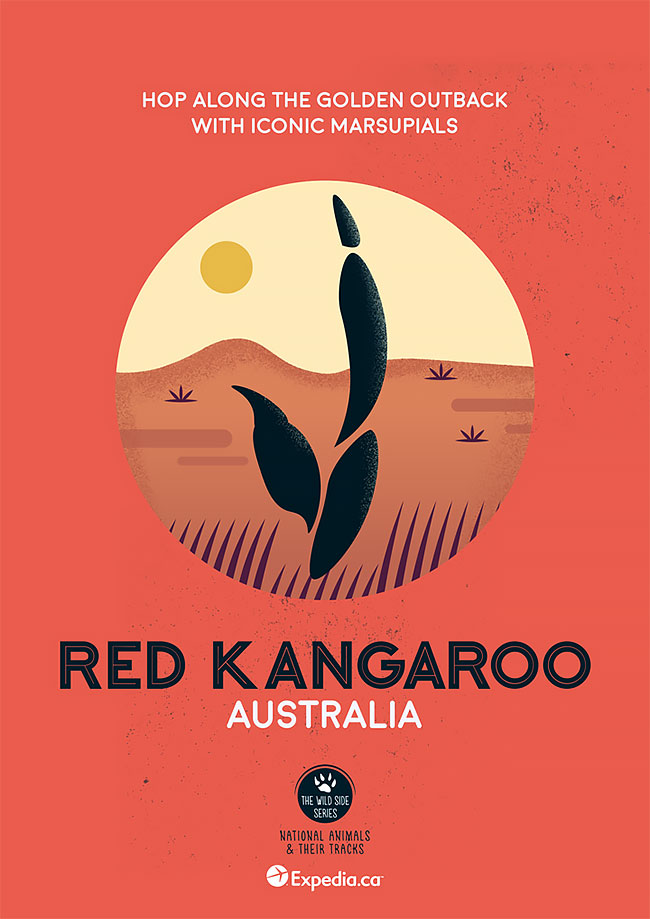 Commonly spotted in deserts and open grasslands, the world’s largest marsupial can be seen hopping along at high speed on their powerful hind legs. Don’t expect to keep up if you’re on foot though, a red kangaroo can reach speeds of over 35 miles an hour. 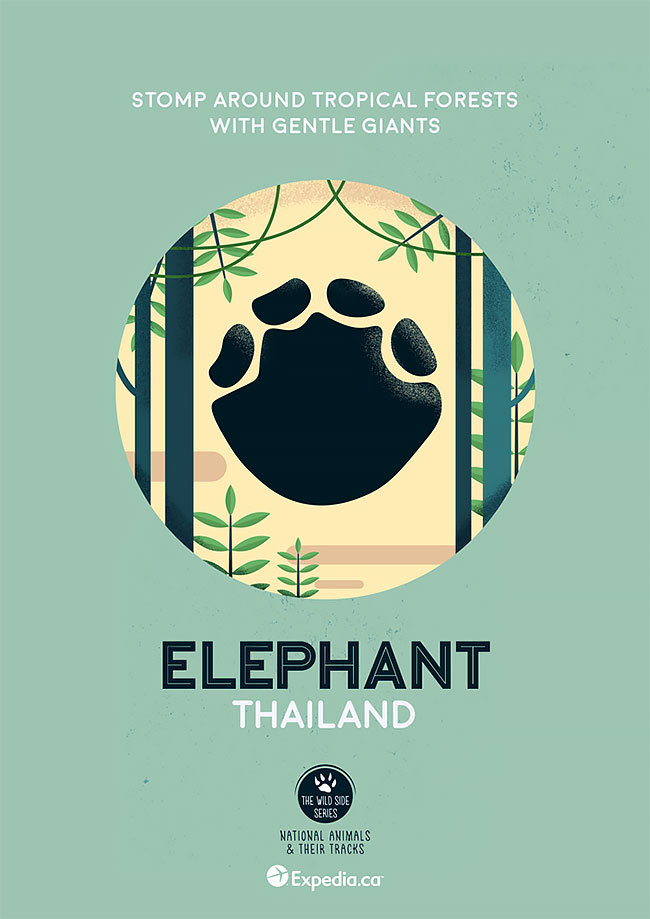 These gentle giants are the largest land animals in the world. They are intelligent and have memories that span many years. They can usually be spotted in herds due to their deep family bonds and if you spot this footprint, chances are they’re not far away. 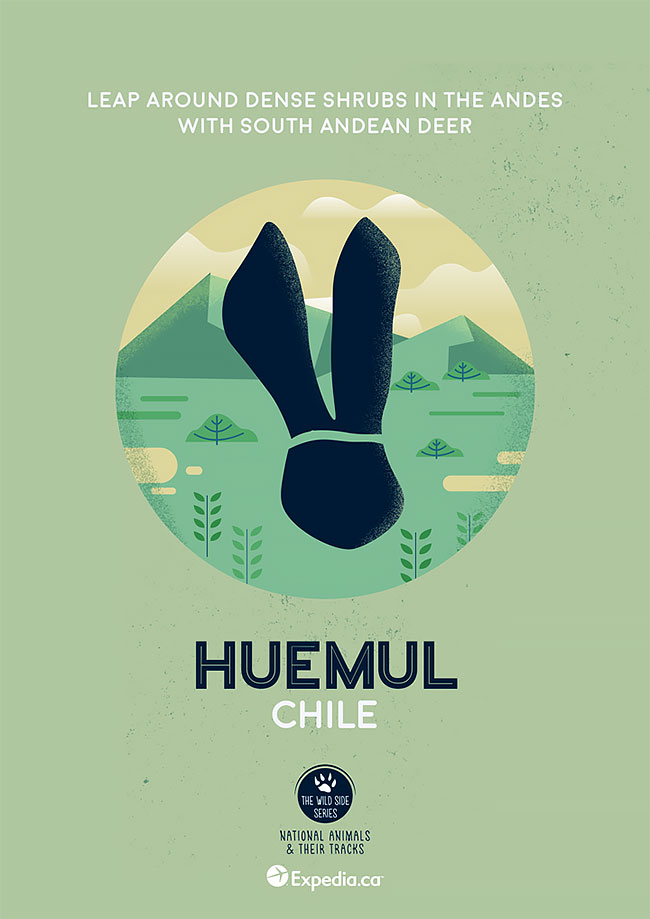 The huemul deer is the iconic animal of Chile. Notoriously difficult to spot, they favour solitude and usually live either completely alone or in groups of no more than two or three. But our short-legged, stocky friend can sometimes be spotted joyfully leaping through the Andes.

Banksy Designs New Souvenirs For Hotel With The ‘Worst View In The World’
Let's Enter A New World: Photography Masterpieces Of Vitas Luckus
Sony World Photography Award Winners
Cuddle Up To Super Realistic Fish Buddies With Japanese Fishy Stuffed Animal Series
Animal Architects Bowerbirds Design
Guy Walks His Pet Tortoise Around The Streets Of Tokyo
Amazing Travel Photos From Around The World By Travis Bruke
Take A Look At This Cute Adopted Cat With Funny Markings
Corgi Gets Photoshopped Into Popular Movie Posters
Nine Raccoon Dog Pups Were Born In Mexico City Zoo
Stylish New Yorkers Pose For Portraits With Their Bikes
Choose The People’s Choice Award For Wildlife Photographer Of The Year
17 Photos Of Classic Cars Next To Their Modern Version
Julia Günthel aka Zlata – the World's Bendiest Woman
Artist Creates Animal-Themed Watercolor Paintings That Glow In The Dark
Japanese Artist Depicts Cats, Dogs, And Other Animals Using Watercolor Flower Arrangements
“Unusual Looking” Puppy Adopted By Family Who Didn’t Care About Her Scars
These Photos of Squirrels Playing Will Totally Make Your Day
The World's Most Expensive Parking Lot is in the Middle of the Ocean
Japanese Artist Carves Dreamlike Creatures Out Of Wood
This Is The Most Ridiculously Fashionable Feline Ever
A Photographer Documents The Secret World Of Stray Cats Of Kazakhstan
Watch 3-Year-Old Kid And Volvo Truck In The 'World’s Largest Unboxing'
Here Are Some Of The Coolest National Geographic Photos That Were Never Published
animals, national, series, their, tracks, world

What Your Cat Really Thinks?
Rare and Charming Photos of A Leopard Couple Playing Love Games in A 'Land of The Leopard' National Park
Intricately Carved Wooden Animal Sculptures Leap To Life
Tour Guide Feeds 17 Foot Crocodile
Cat Cafe in Osaka, Japan
Nimbus, a 2-Month Old Clouded Leopard Cub
The World's Most Expensive Model Car
Historical Photos Of The World’s Most Iconic Landmarks Before They Were Finished
The World’s First Line Of Dolls With Disabilities Is Now On The Market
Trapped Raccoons Saved from a Waste Container
2007 ‒ 2022 by Design You Trust. Proudly hosted by WebHostingBuzz.
Privacy Policy · Terms of Service · Content Removal Policy ❤️ 🇺🇦