Remarkable Photos Of Manhattan By Berenice Abbott From 1935 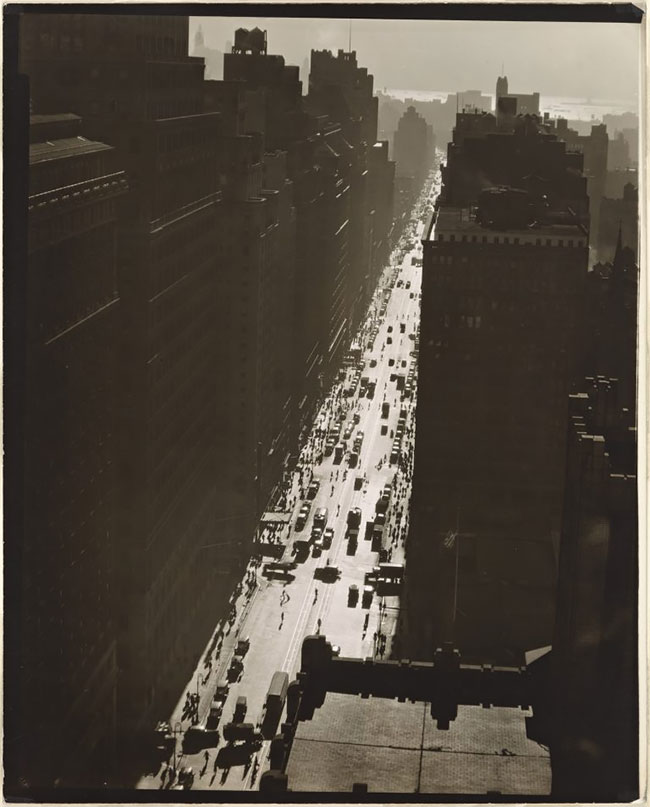 Berenice Abbott was born in Springfield, Ohio and raised by her divorced mother. She went to Ohio State University for two semesters, but left in early 1918 spending two years studying sculpture in Paris and Berlin. She studied at the Académie de la Grande Chaumiere in Paris and the Prussian Academy of Arts in Berlin. During this time, and after it was suggested by the writer Djuna Barnes, she adopted the French spelling of her first name, “Berenice”.

Abbott first became involved with photography in 1923, when, according to wikipedia, Man Ray hired her as a darkroom assistant at his portrait studio in Montparnasse.

Later, she wrote: “I took to photography like a duck to water. I never wanted to do anything else.”

In early 1929, Abbott visited New York City and she immediately saw its photographic potential. She returned to Paris, closed up her studio, and returned to New York in September. Her work has provided a historical chronicle of many now-destroyed buildings and neighbourhoods of Manhattan. In 1935, however, Abbott was hired by the Federal Art Project (FAP)[2] as a project supervisor for her “Changing New York” project. By the time she resigned from the FAP in 1939, she had produced 305 photographs that were then deposited at the Museum of the City of New York.

In 1935, Abbott moved into a Greenwich Village loft with the art critic Elizabeth McCausland, with whom she lived until McCausland’s death in 1965. The photographer Ralph Steiner once wrote that Abbott’s work was “the greatest collection of photographs of New York City ever made.” 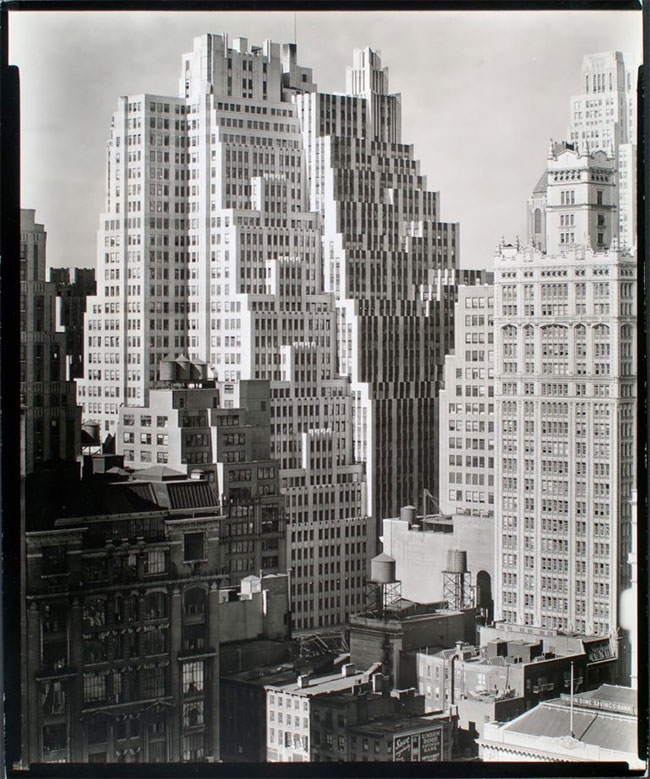 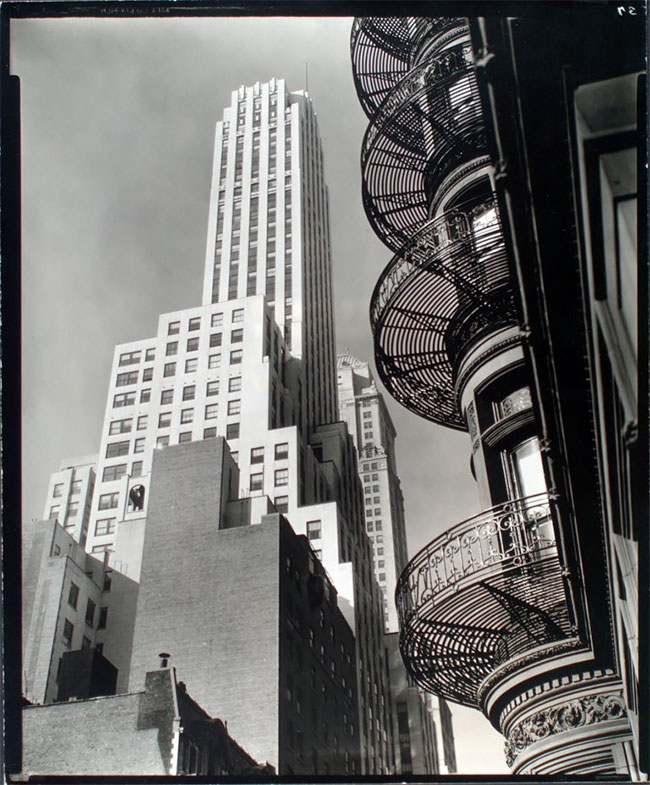 Portrait of Berenice Abbott, by Man Ray in 1925: 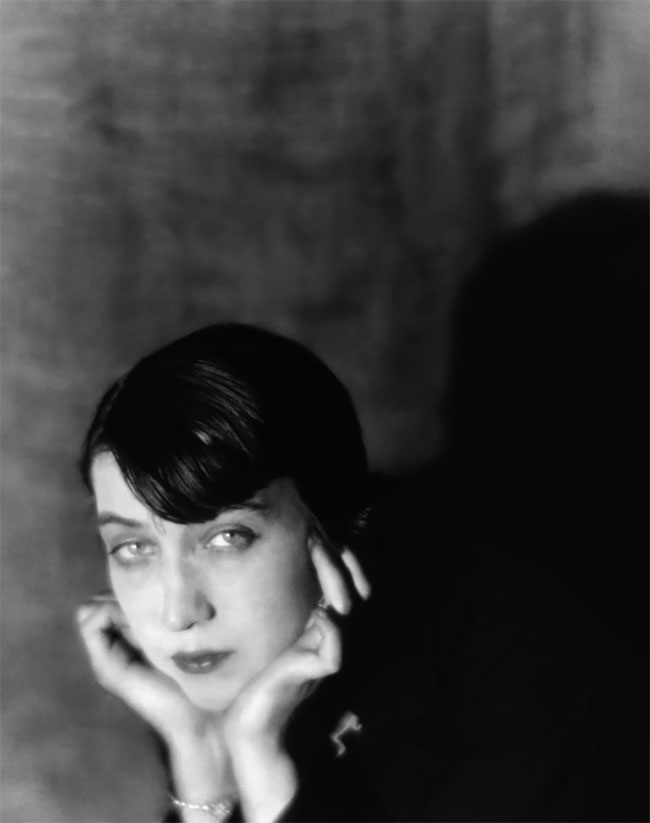 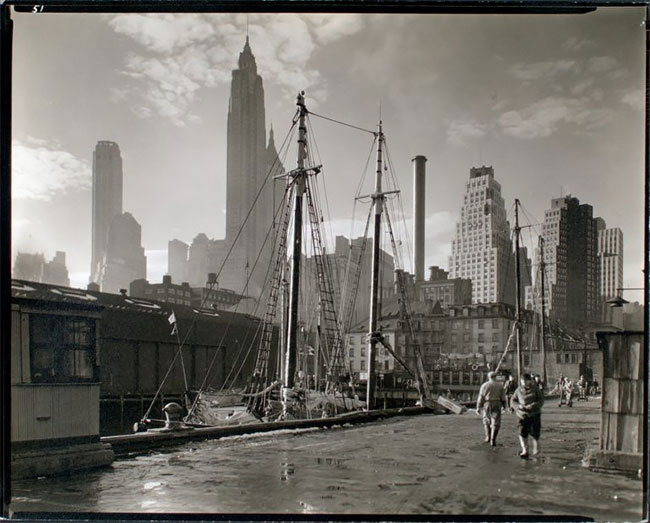 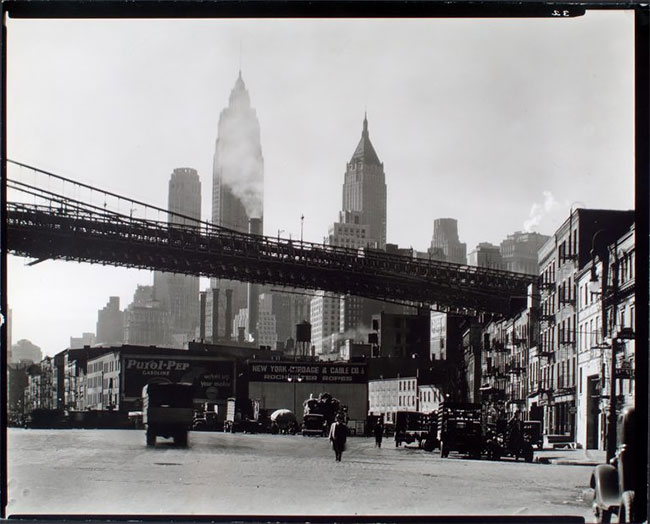 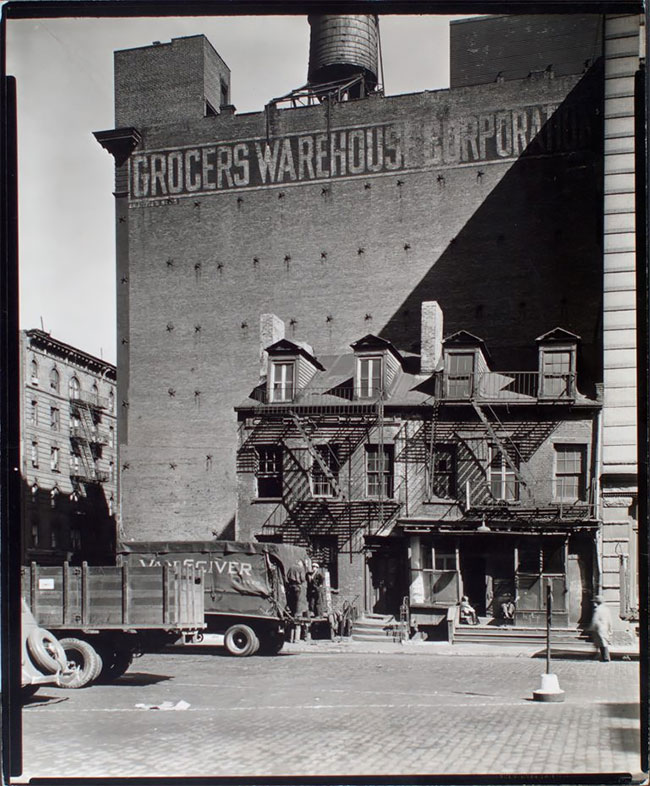 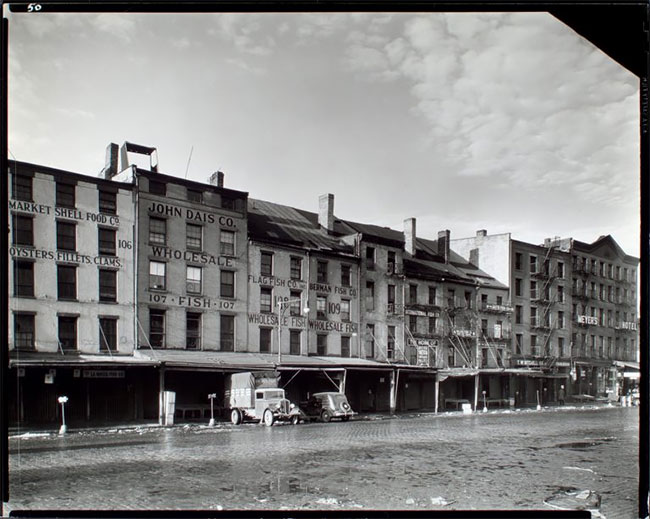 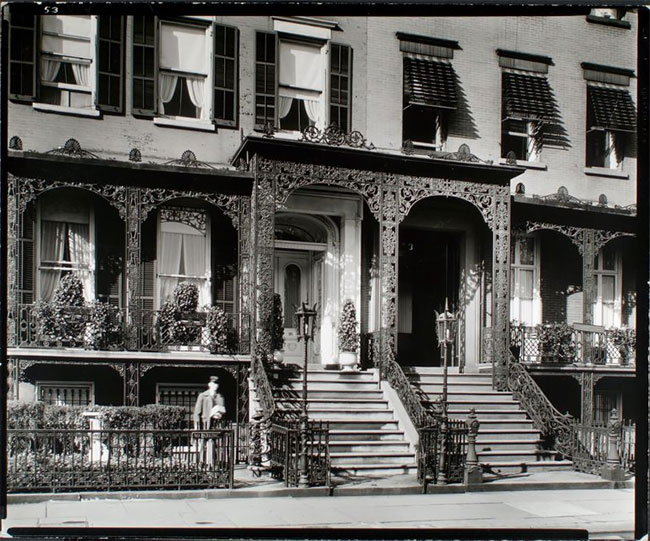 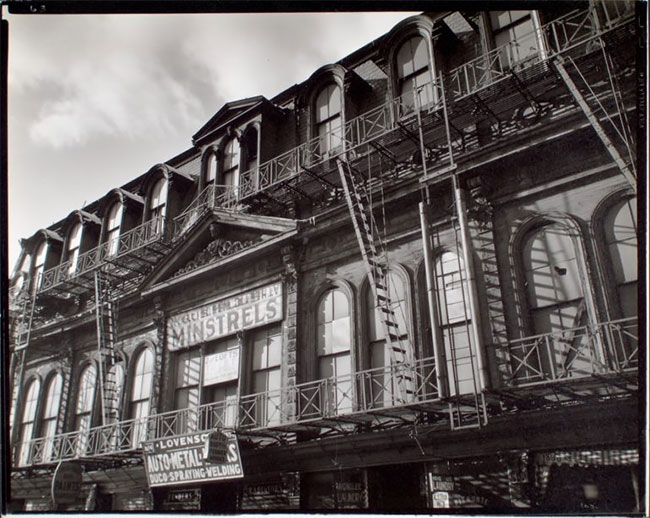 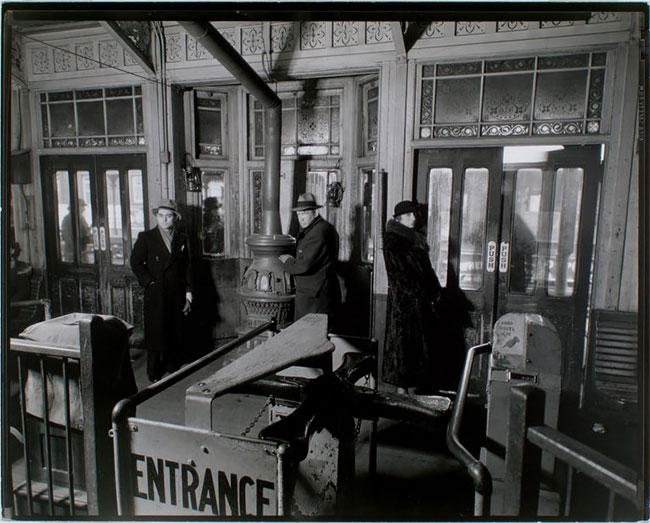 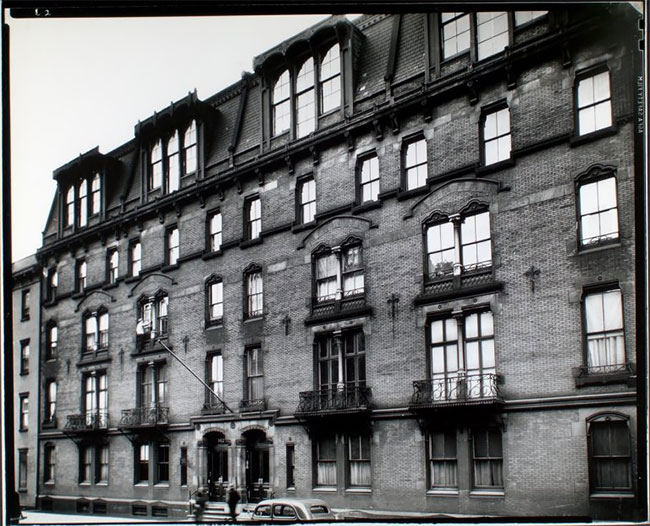 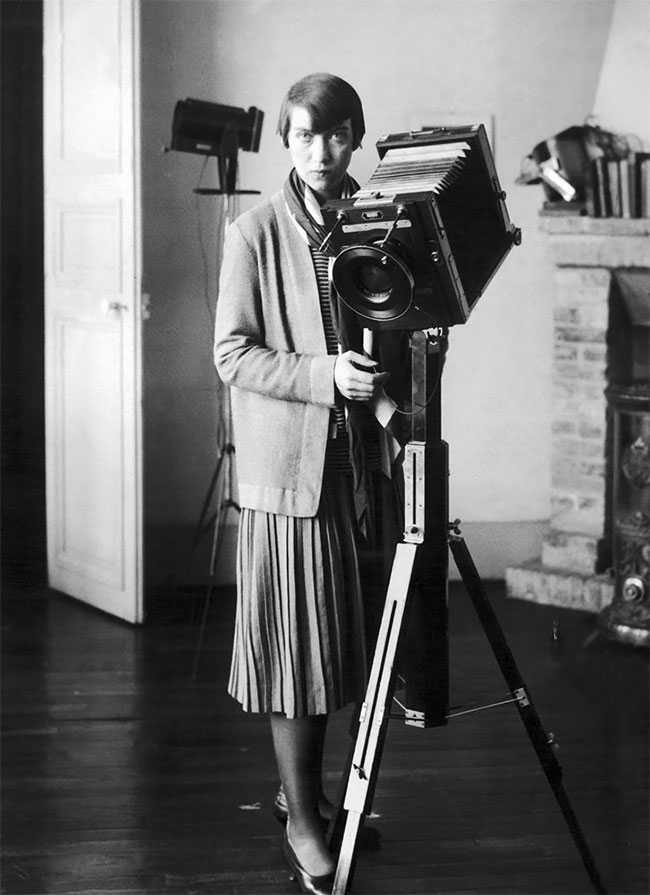 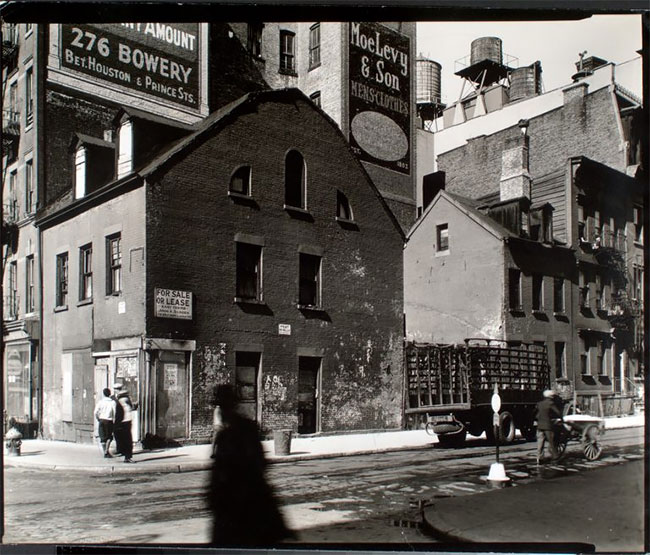 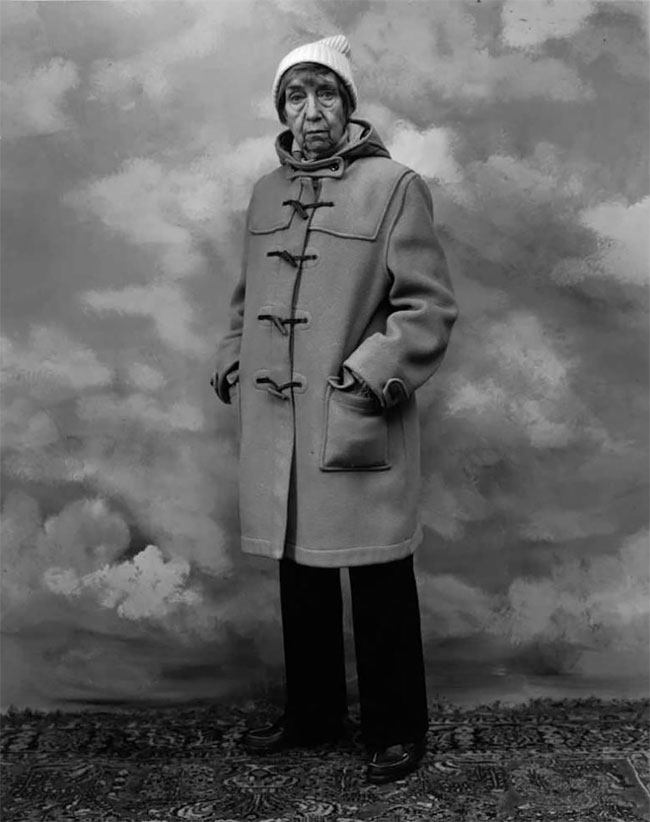 "Everyday Train Life:" Daily Life Of Japan In Black And White Photographs By Pak Han
Emergency Workers From Around The Globe Take Part In The 'Tetris Challenge'!
Darkness To Light: The Moody And Bluish Photo Artworks Of Albin Sjödin
Beautiful Photos of Sakura Blooming in Japan by Hidenobu Suzuki
Photographer Captures All the Goofiness and Joy of Dogs Lying Upside Down
Mindblowing Aerial 3D Panoramas By AirPano
Sony World Photography Awards 2016 Winners
Absolutely Stunning Crocodile Photos, 65 Million Years In The Making
Unique Portraits Of Russians In 1868
"Visit Hungary": Artificial Lakes of Délegyháza from Above by Gabor Nagy
Stunning Chinese Urban Nightscapes By Mark Horn
Family Of Romanian Photographer Moved To A Small Town In The UK And He Started Discovering The Beauty Of This Country
Powerful Photos Document Poor Housing Conditions And The Lives Of People Living In Slums In Glasgow In The Early 1970s
This Is How Some People Actually Work From Home
September 15: This Day In Photos From The Past
Photographer Captures The Beauty Of Animals Saved From Black Market Trade
"Spuds You Like": Spectacular Winning Photos From The Potato Photographer Of The Year 2020
Through Photographer Jesse Rieser’s Lens, The Architectural Fallout Of The E-Commerce Revolution Is Beautiful
Fabulous Vintage Photos Showing The Amazing Women’s Street Style From The 1920s
Beautiful Photographs By Brock Elbank In Tribute To Freckles
Veteran Storm Chaser Captures The Stunning Beauty Of Deadly Monsoons In Arizona
Photographer Tom Hegen Raises Awareness On The Climate Issues Through Several Impressive Aerial Photographs
Beautiful Photos of Debbie Harry in Blue Dress, 1979
What's Cooking, Uncle Sam?
abbott, berenice, manhattan, photos, remarkable