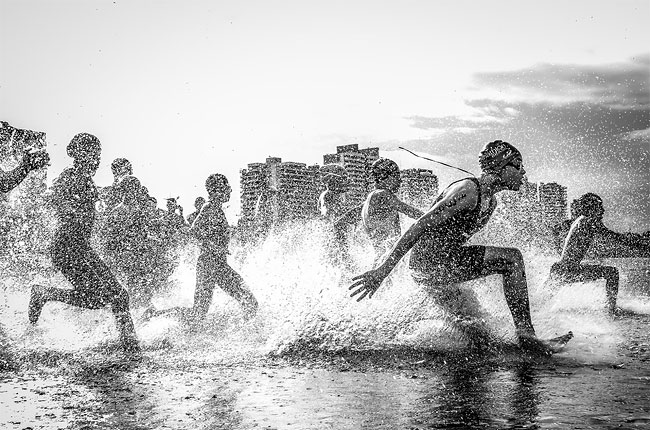 First Place Winner: “Dig me river”. I was in Manaus/Amazon during the Brazilian Aquathlon (swimming and running) championship in. This river is called Rio Negro (Black River) due to water color. Rio Negro is the largest left tributary of the Amazon, the largest blackwater river in the world. While the name Rio Negro means Black River, its waters aren’t exactly black; they are similar in color to strong tea. The dark color comes from humic acid from incomplete breakdown of phenol. I photographed it from the water and my lens got completely wet, but there was so energy in this boys that I just didn’t worry about that. Location: Rio Negro, Ponta Negra Beach, Manaus, Amazon, Brazil. (Wagner Araujo/National Geographic Traveler Photo Contest) 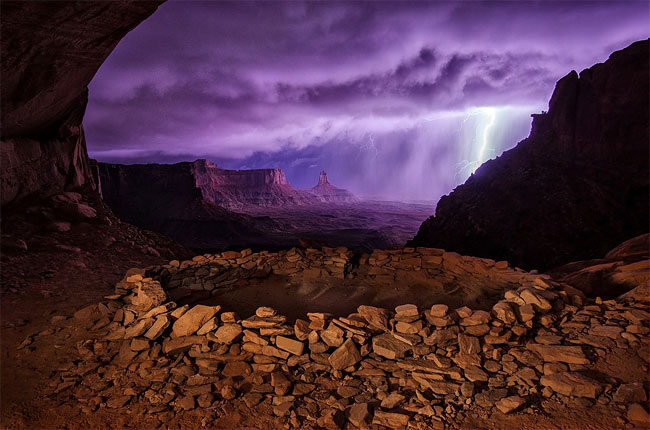 Second Place Winner: “Thunderstorm at False Kiva”. I hiked out to these ruins at night hoping to photograph them with the Milky Way, but instead a thunderstorm rolled through, creating this dramatic image. – Max Seigal. National Geographic Traveler Director of Photography Dan Westergren, one of this year’s judges, shares his thoughts on the second place winner: “This photo combines two different scenes into one: the small kiva in a cliff dwelling and the grand vista of Canyonlands National Park across the valley. I really like the two different color palettes – warm inside and purple outside. This two-for-one scene was caused by the lightning storm outside the dwelling, which lit up the landscape like it was a huge electronic flash. Looking at this picture I can imagine what a wonderful sight it must have been for the ancient people who lived here. It doesn’t seem too amazing now in our modern world, but might have been mind-blowing for the prehistoric residents”. Location: Utah. (Max Seigal/National Geographic Traveler Photo Contest) 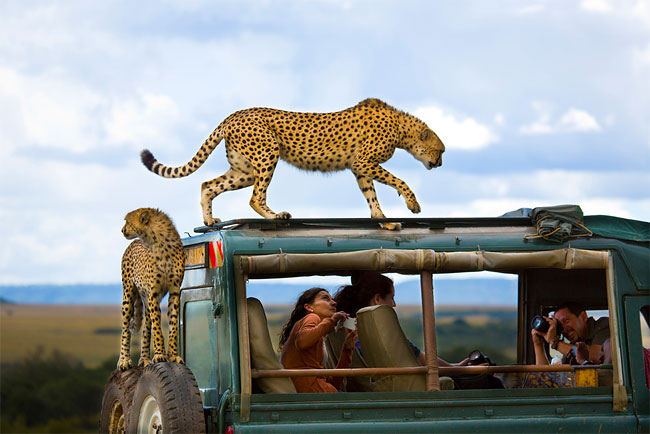 Third Place Winner: “Say cheese”. Cheetahs jumped on the vehicle of tourists in Masai Mara national park, Kenya. National Geographic Traveler Director of Photography Dan Westergren, one of this year’s judges, shares his thoughts on the third place winner: “I’ve seen a few different pictures of cheetahs on tourist vehicles. Apparently they like to use the cars as a higher vantage point to look around. But, this picture of the cheetah skirting the open roof of this Land Cruiser brings a new vision of danger to the safari experience. It’s a fun photo to look at because of all the secondary activity. The photographer in the front seat is turned around with camera to eye, but then there’s the woman in the middle row, trying to capture a selfie with the cheetah in the background. Danger and subtle humor combined in one picture. What could be better?” (Yanai Bonneh/National Geographic Traveler Photo Contest) 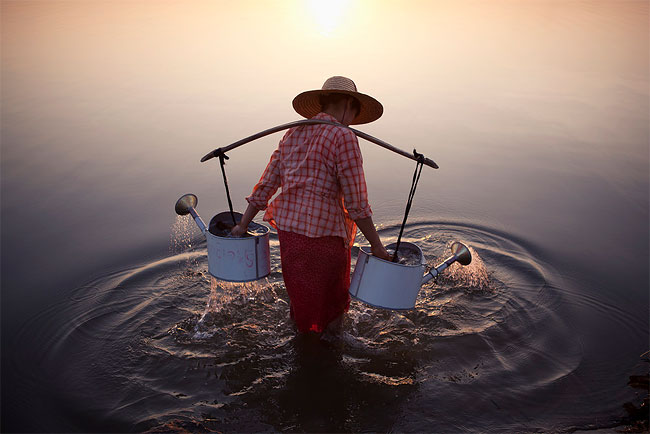 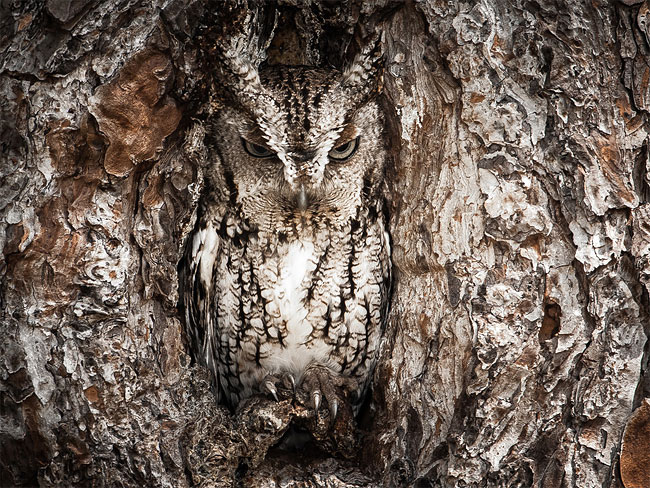 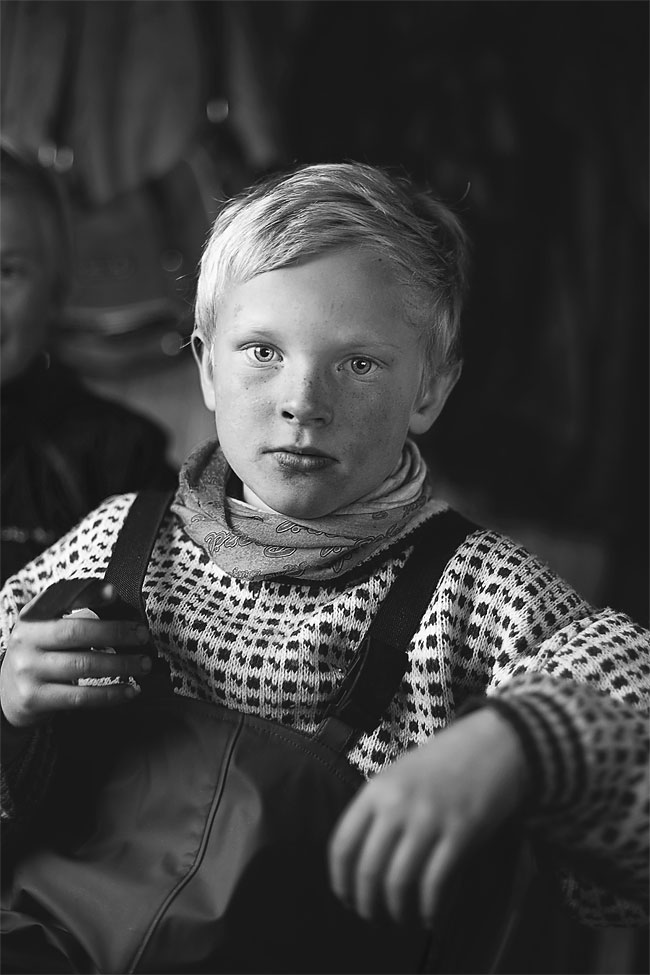 “Merit Winner: Children of Reindeer”. Mikael Ánde, a child of Sámi reindeer herders, takes a break indoors after a long, cold day of rounding up the animals for vaccinations and slaughter. Children of reindeer herders learn to handle these animals and the land they thrive in from infancy – young Mikael here knew far more about the ways of nature than I could ever hope to learn. Location: Magerøya, Norway. (Michelle Schantz/National Geographic Traveler Photo Contest) 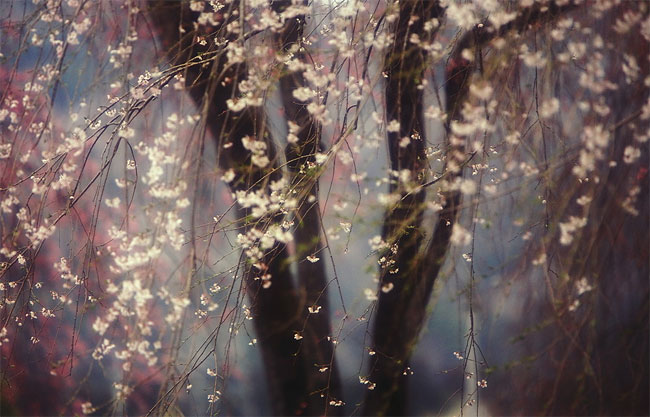 Merit Winner: “Sakura”. Cherry blossom is called Sakura in Japanese.Cherry blossom is Japanese symbolic flower.There are various kinds in a cherry tree and an especially old cherry tree has many kinds called Edo-Higan. The trees of the cherry tree exceeding hundreds of years are located in a line with a nebula this temple, and if spring comes every year,can looks at a powerful spectacle can do it. This photograph focused on Edo-Higan and photographed Beni-Sidare which is back together. Location: Seiunji-temple, Arakawa, Saitama, Japan. (Hideyuki Katagiri/National Geographic Traveler Photo Contest) 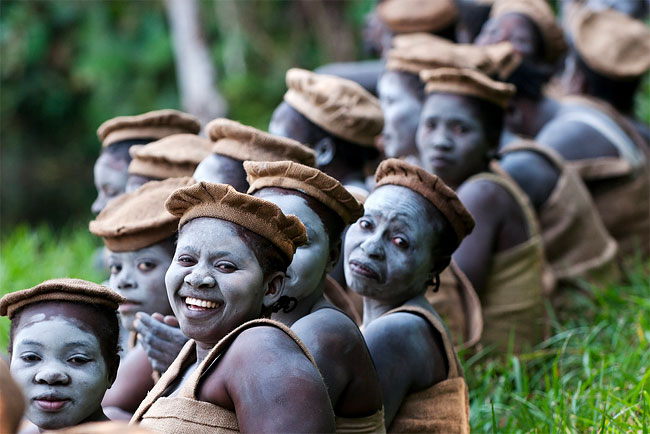 Merit Winner: “The Tata Honda sect”. The photographer could get inside of an enclosed sect named Tatahonda in the Democratic Republic of the Congo. The ladies are preparing for their religious ceremony. (Gergely Lantai-Csont/National Geographic Traveler Photo Contest) 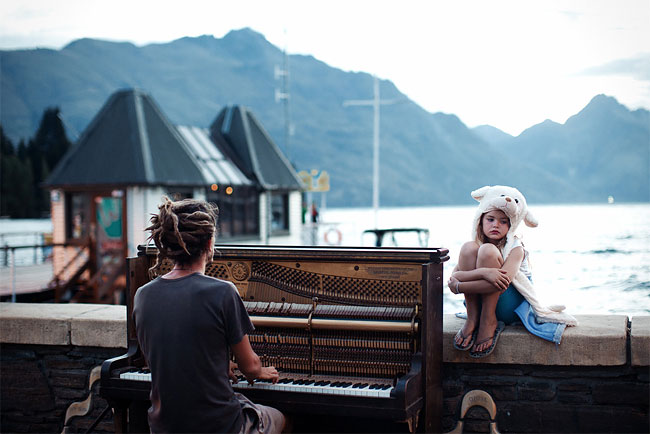 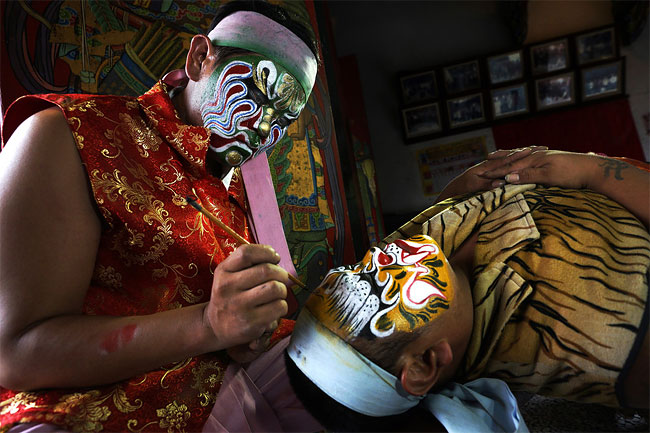 Merit Winner: “Guanjiang Shou”. Guanjiang Shou troupes are one of Taiwan most popular activities that may be seen all over Taiwan at traditional folk religion gatherings. With their fiercely painted faces, protruding fangs and powerful, choreographed performances, they are easily recognized, They may be described as underworld police or gods’ bodyguards. Location: Taichung, Taiwan. (Chan Kwok Hung/National Geographic Traveler Photo Contest) 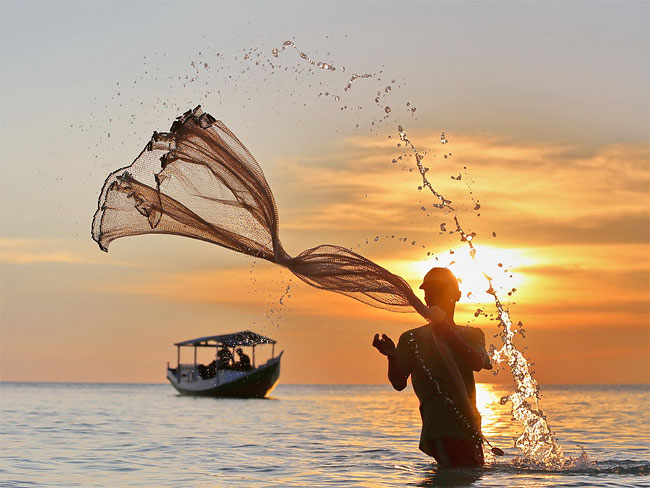 A Photographer Tested The Concentration Of Several Pairs Of Dogs As He Captured Their Reactions To Treat Time In A Series Of Shots
Spectacular Winning Photos Of The 2022 BigPicture Natural World Photography Contest
Sense Of Water: The First And Highly Anticipated Photo Book By Finnish Photographer Susanna Majuri
Stunning Portraits Of The Ukraine's Maidan Protesters
Amazing Macro Portraits of Bees Reveal How Different They Actually Look
"Bubbleissimo", Photos of Dapper Men Sporting Beards And Mustaches Made Of Soap Bubbles
Spectacular Winning Photos of the 2021 Underwater Photographer of the Year Contest
Unique Photographs of Russian Beauties in Old Costumes
Necono The Cat Digital Camera
When Paris Was Protected with Sandbags and Masking Tape, 1914-1918
Christmas Lights Around the World
Fight Like A Gentleman: The Art Of Self Defense, ca. 1940s
A Photographer Travels Across The US To Capture Inspirational And Poetical Photos Of American Nature
Honest Photos That Show What Veterans Look Like After A Decade Of War In The Middle East
'Game Of Thrones' Hide 6 Iron Thrones Around The World And Lead People On An Epic Scavenger Hunt
Wonderful Photos Capture The Beach Lives Of North Carolina In The Summer Of 1975
Filippa K by BVD
Breathtaking Wildlife And Landscape Photography By Pepe Soho
Hilarious Snaps Of The Unfortunate Brides Upstaged By Animals On Their Wedding
20 Amazing Photos Of A Young And Hot Axl Rose In The 1980s
1946 New York Subway Photographed by 17-Year-Old Stanley Kubrick
"I'm With Her": These Hillary Clinton Portraits Were Taken On The Campaign Trail
Be Afraid, Be Very Afraid! Hundreds Descend On Central London For World Zombie Day Walk Through The Capital
London in 1982: Among the Sloane Rangers, New Wavers And Everyday People
contest, travel, winners

Wildlife And Stars In Stunning Photographs By Mark Andrew Thomas
Beautiful Flower Photography By The Polish Photographer Barbara Florczyk
This Russian Woman Travels The World In Flowy Dresses To Take Self-Portraits In The Most Beautiful Places
Miracle Black & White Photos Of A Desolate And Deserted London From 1977
Bright Moments in Life of USSR People
Breathtaking Underwater Photograhy By Tim Davis
Breathtaking Winning Photos of The SkyPixel’s 6th Anniversary Aerial Photo & Video Contest
Before And After: How The Russian Army Changes Soldiers
The Winners Of Hasselblad Masters 2021 Photo Competition
Believe It Or Not, These People Submitted Their Actual Photos For Consideration As A TV Weather Forecaster In The 1980s
2007 ‒ 2023 by Design You Trust. Proudly hosted by WebHostingBuzz.
Privacy Policy · Terms of Service · Content Removal Policy ❤️ 🇺🇦