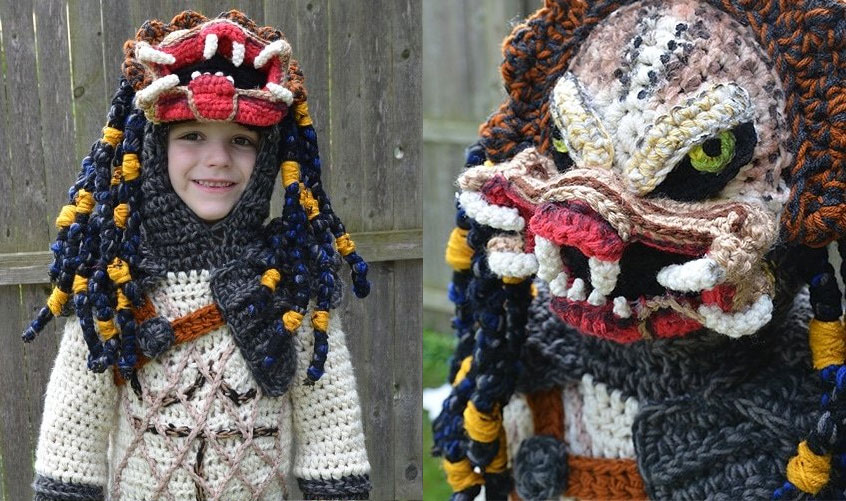 With only one month to go until Halloween, cool parents everywhere have begun making their kid’s costumes for this year, instead of just buying them off the rack. While there will no doubt be a plethora of little kids wandering the streets as Black Panther or Wonder Woman or one of the Incredibles, one kid out there already has them all beaten for best costume of 2018.

A woman out of Cleveland, Ohio, who runs a Twitter account going by the name Crochetverse, showed off her six year-old son’s costume for this year, which of course she crocheted herself, and it’s none other than everyone’s favorite alien big-game hunter, the Predator. Not only is this mom the coolest for making this for her kid, but she mentions in her Tweet that her son became obsessed with Predator after his dad recently showed him the movie. Are these the most badass parents ever??

PREDATOR! My son saw the movie with his dad and had to have a costume! Totally crochet, totally freehand. My favorite thing to crochet! #predator #cosplay #crochet pic.twitter.com/zDaOQydLFf 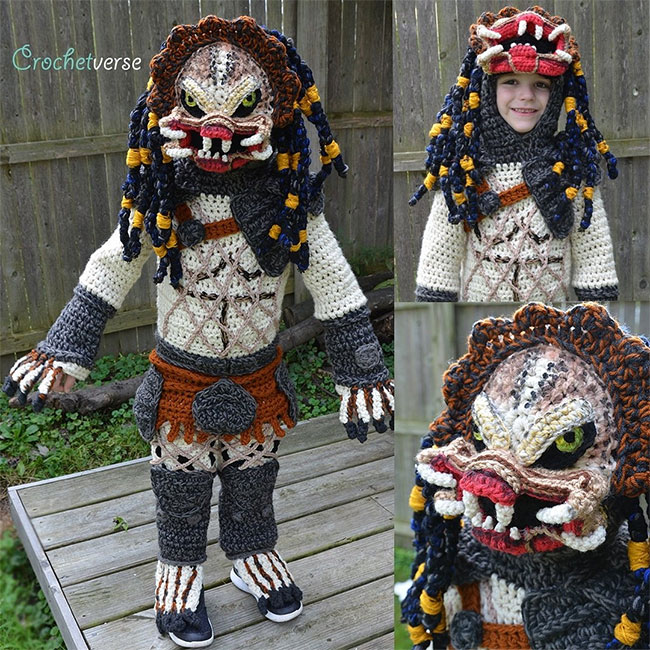