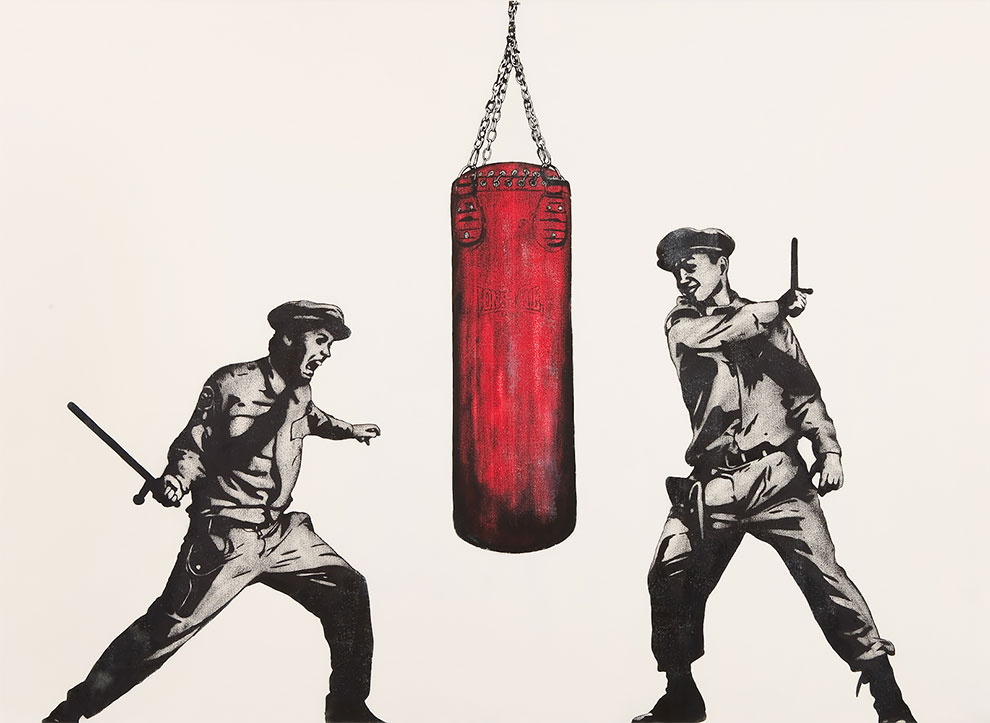 Dolk‘s career began in 2003 and he has already risen to be considered a part of the international elite within the street art movement. Through the years, he has worked side-by-side with the best of his contemporaries and has painted in most of the large urban environments of Europe, Australia and the USA.

Dolk begins his process by identifying an idea, a personal insight, or a socio-political commentary and then develops the visual concept to the point that he can create a stencil. He makes numerous sketches, and then deconstructs the image to identify the different layers, of which stencils are then cut out of cardboard. Dolk explores the street environment to identify a façade that suits the image, returning at night to execute the work. The street art works have, by defi nition, an ephemeral quality. One doesn’t know when they will disappear from their setting, and many images have been painted over or defaced.

Dolk’s works for the gallery setting lose this ephemeral nature, as the stencil is applied to canvas. His street images are executed rapidly to avoid detection, whereas the works on canvas require a longer preparation. In the studio, he uses a special technique to create an aged patina to the canvas before applying the stencil, giving these works a unique character. 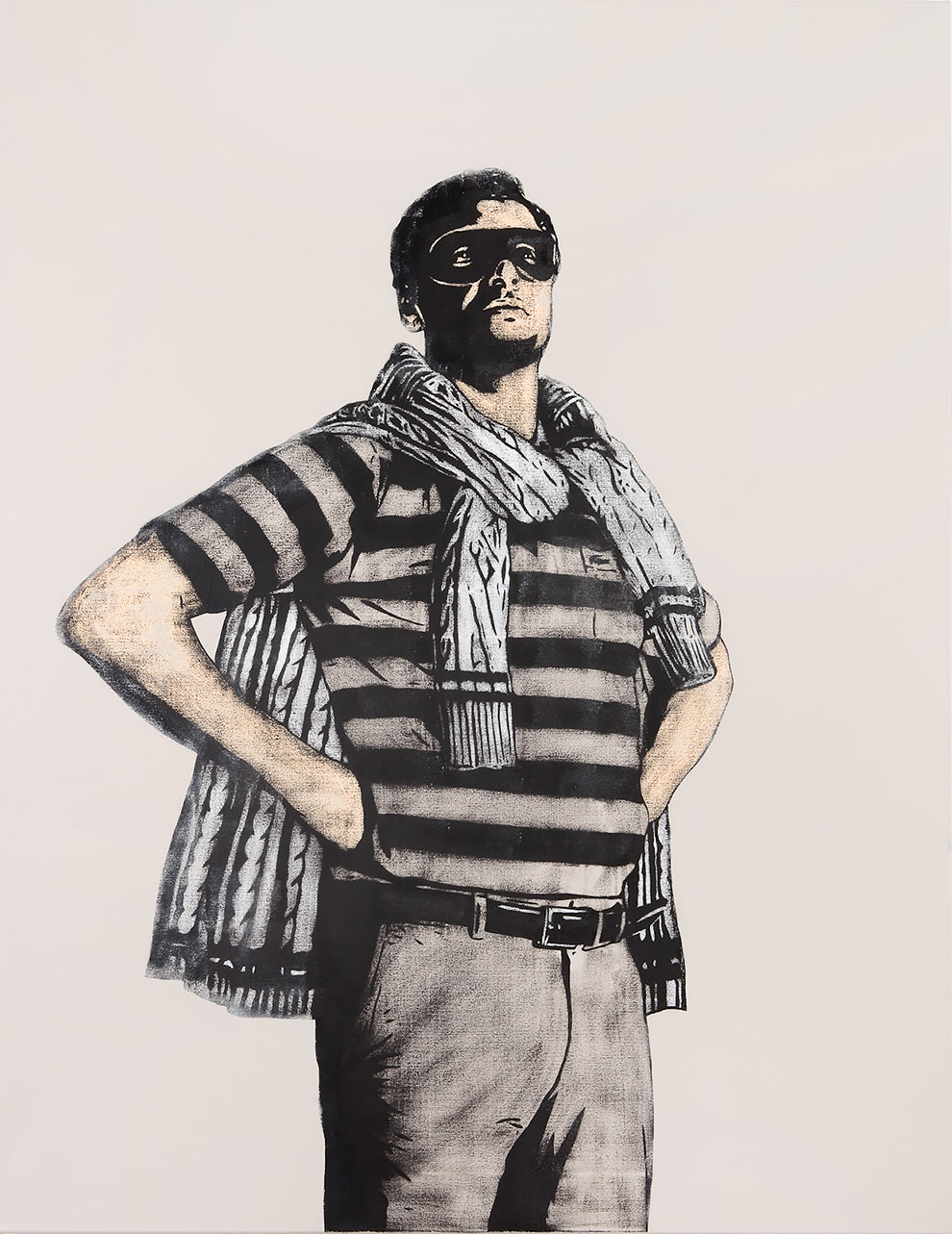 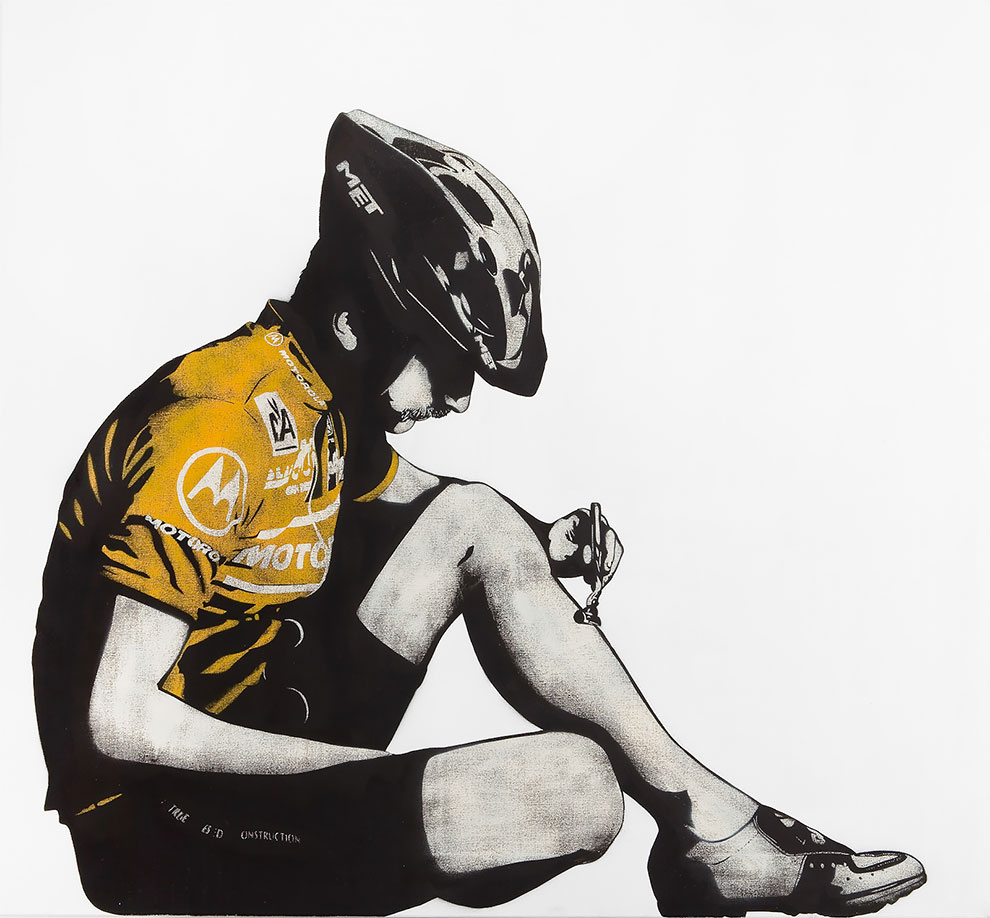 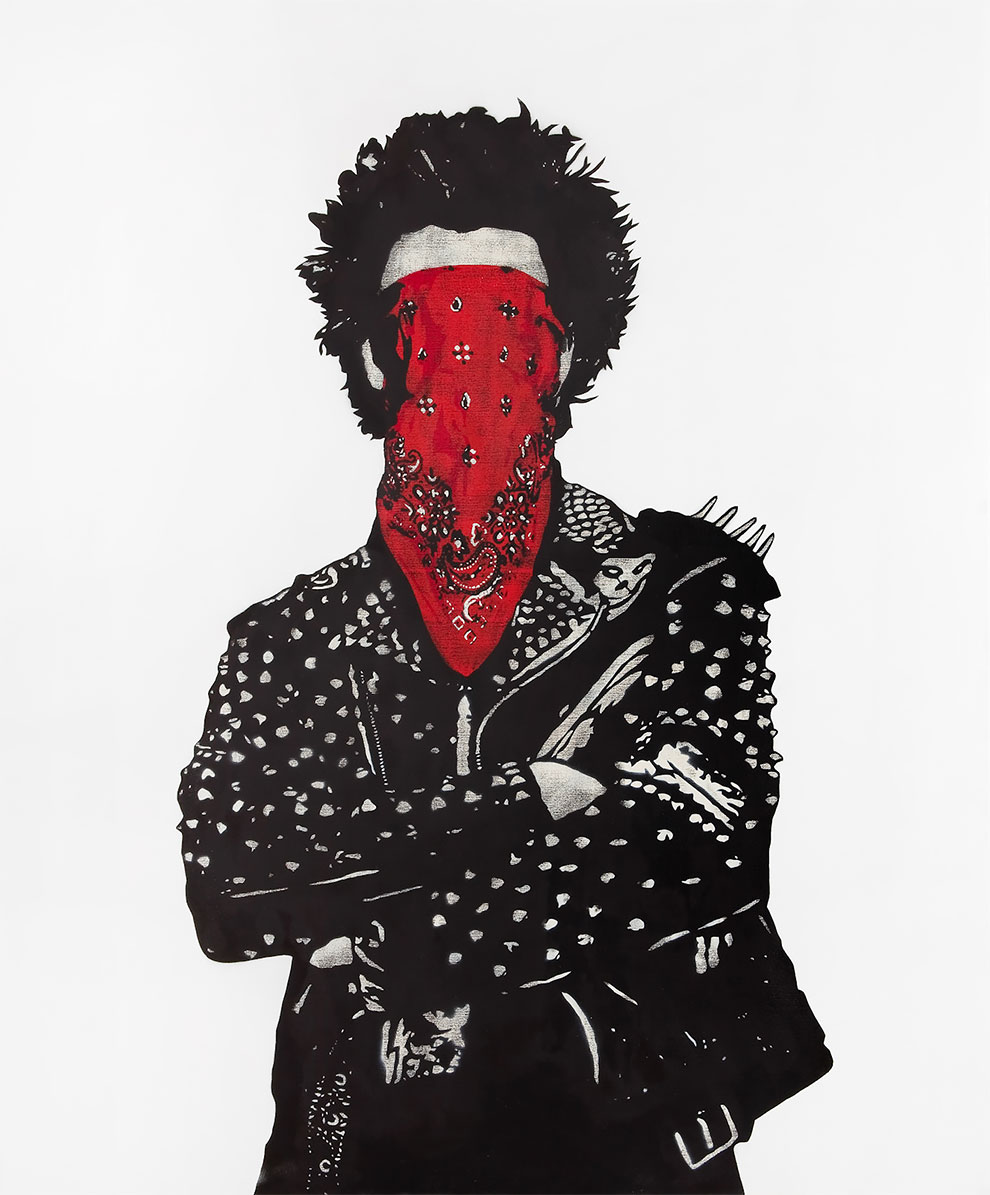 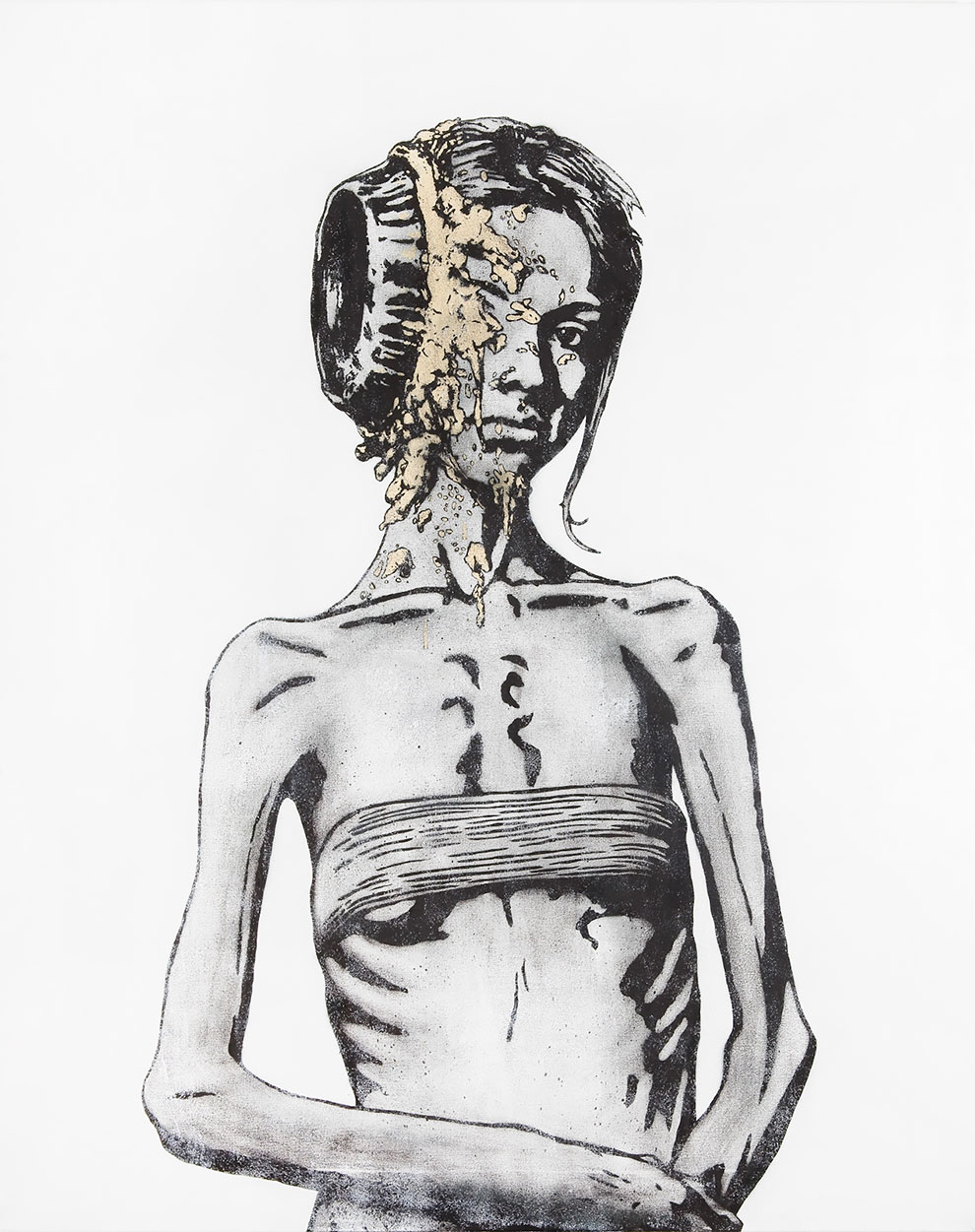 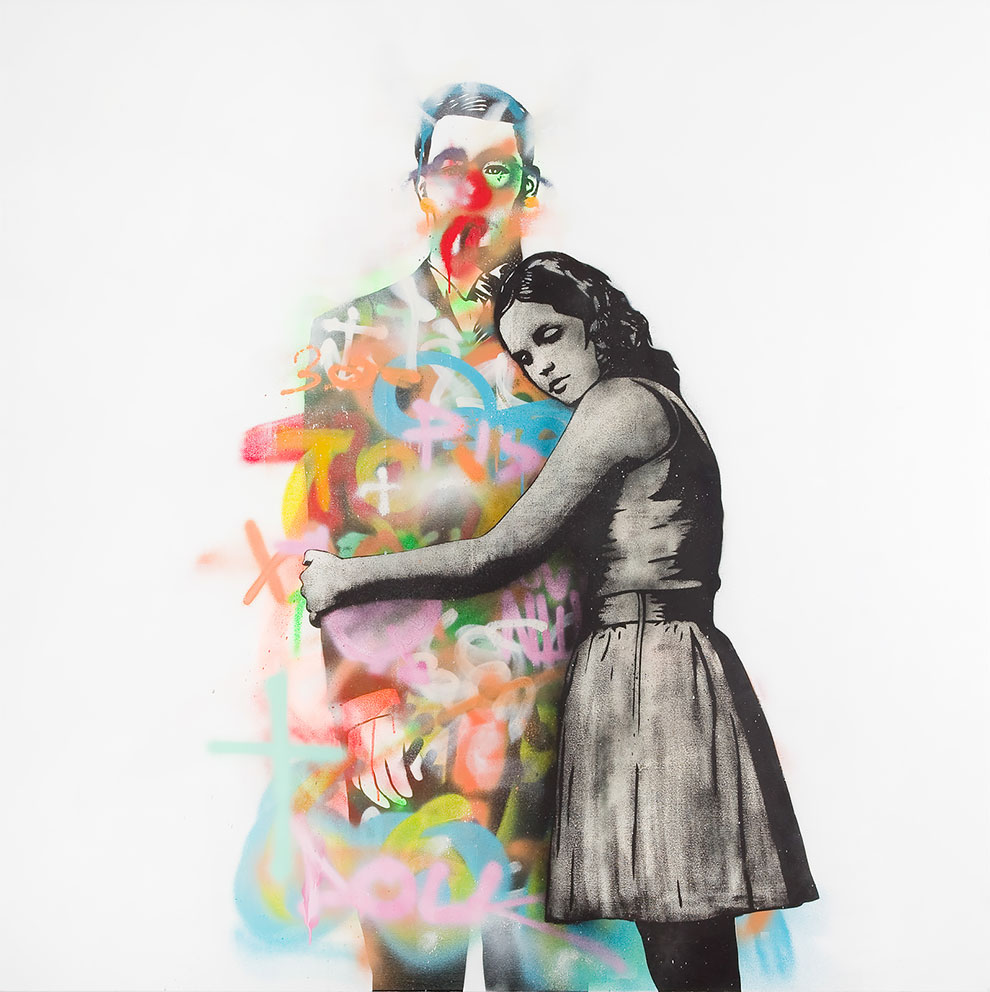 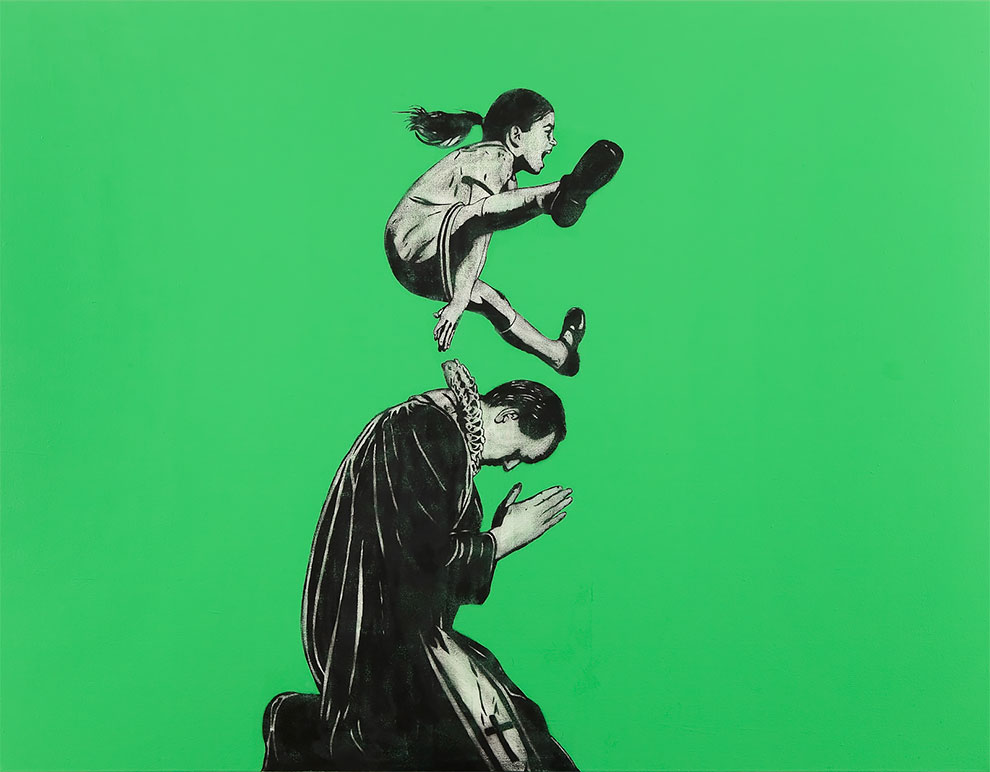 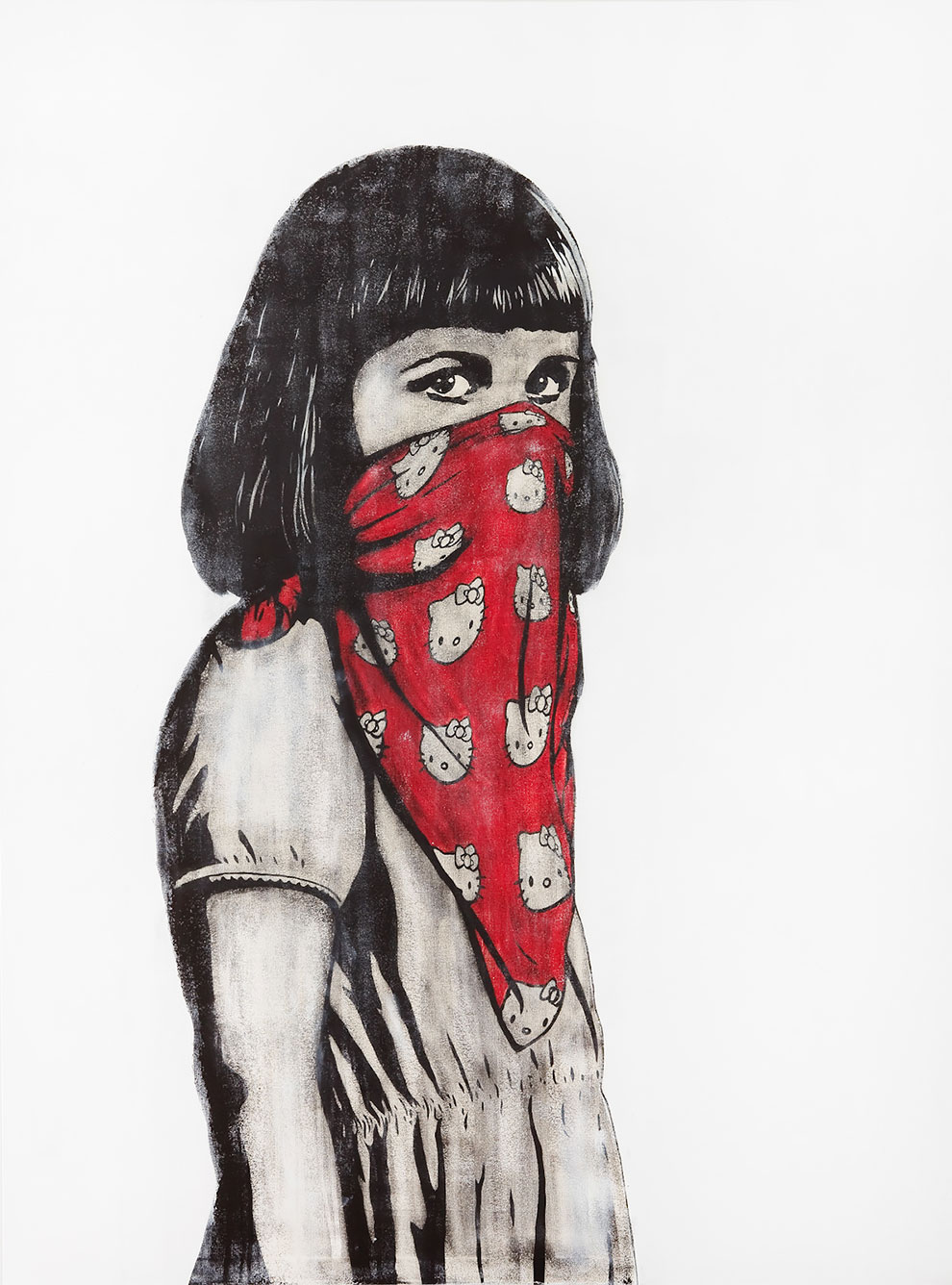 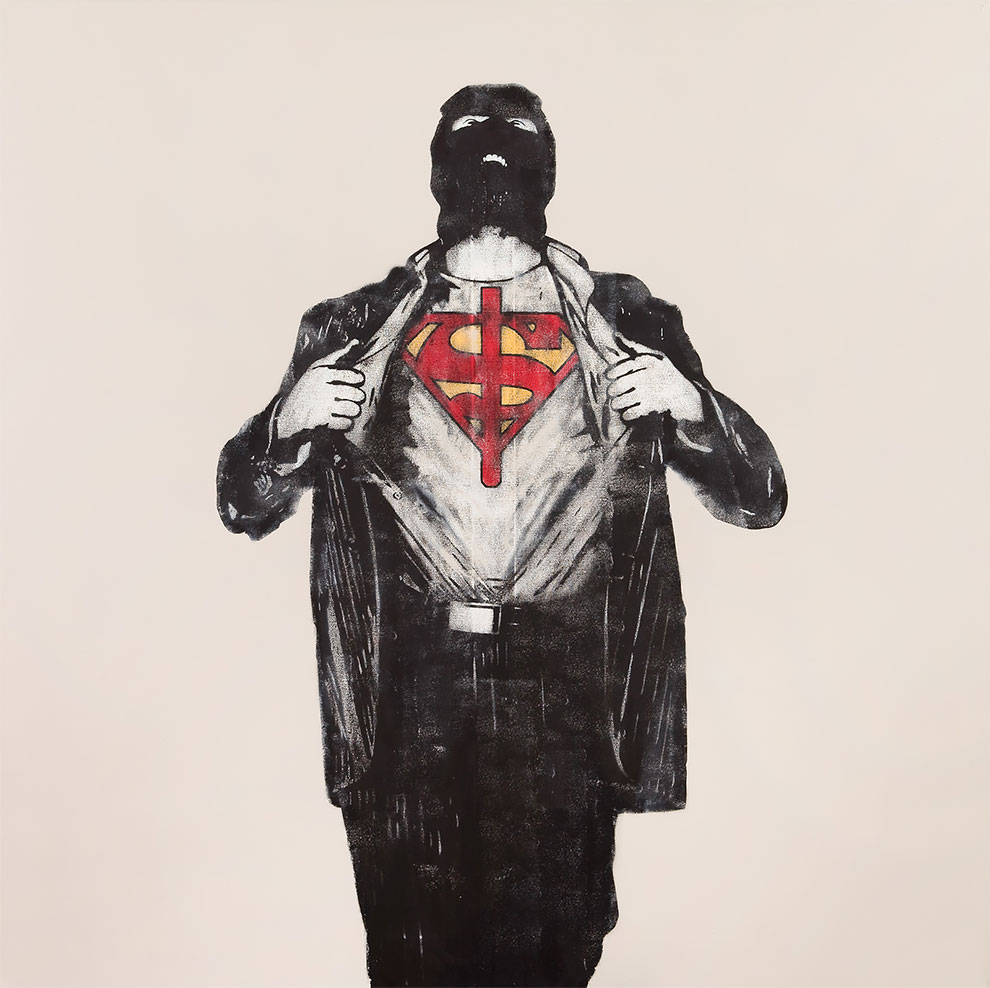 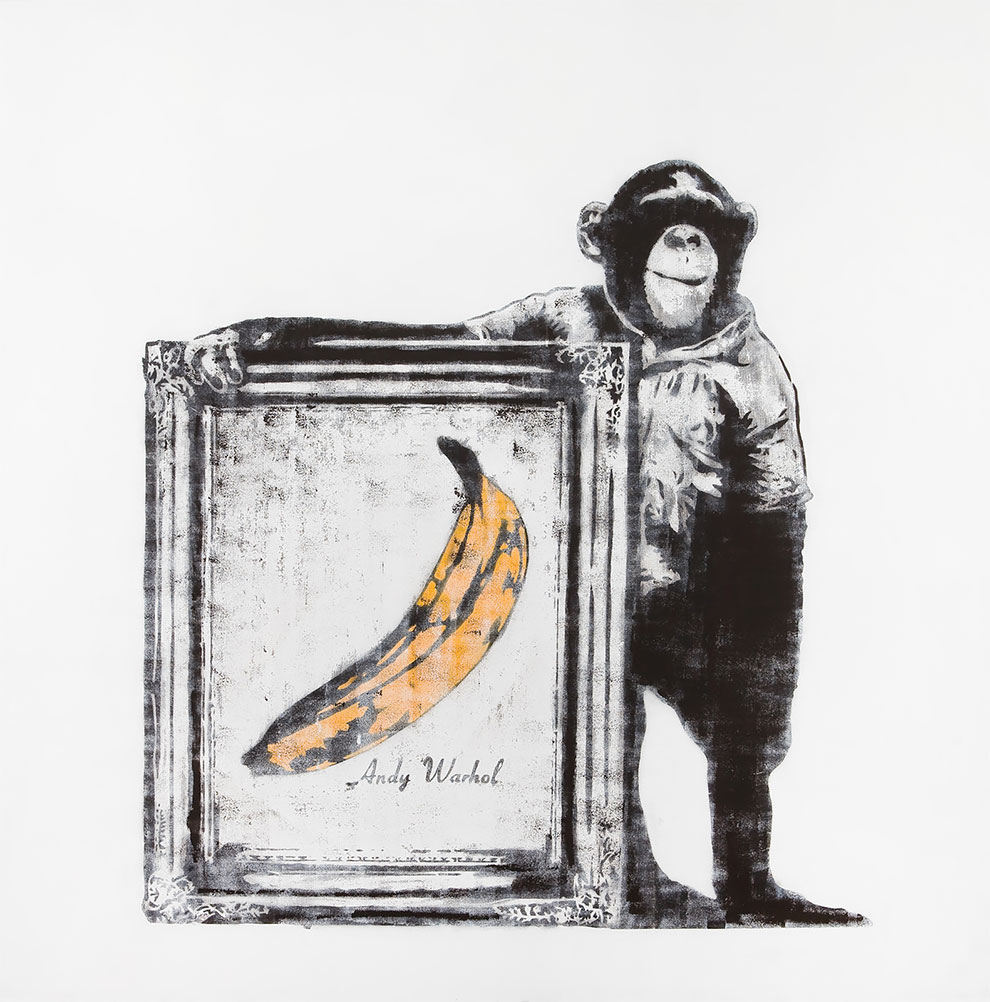 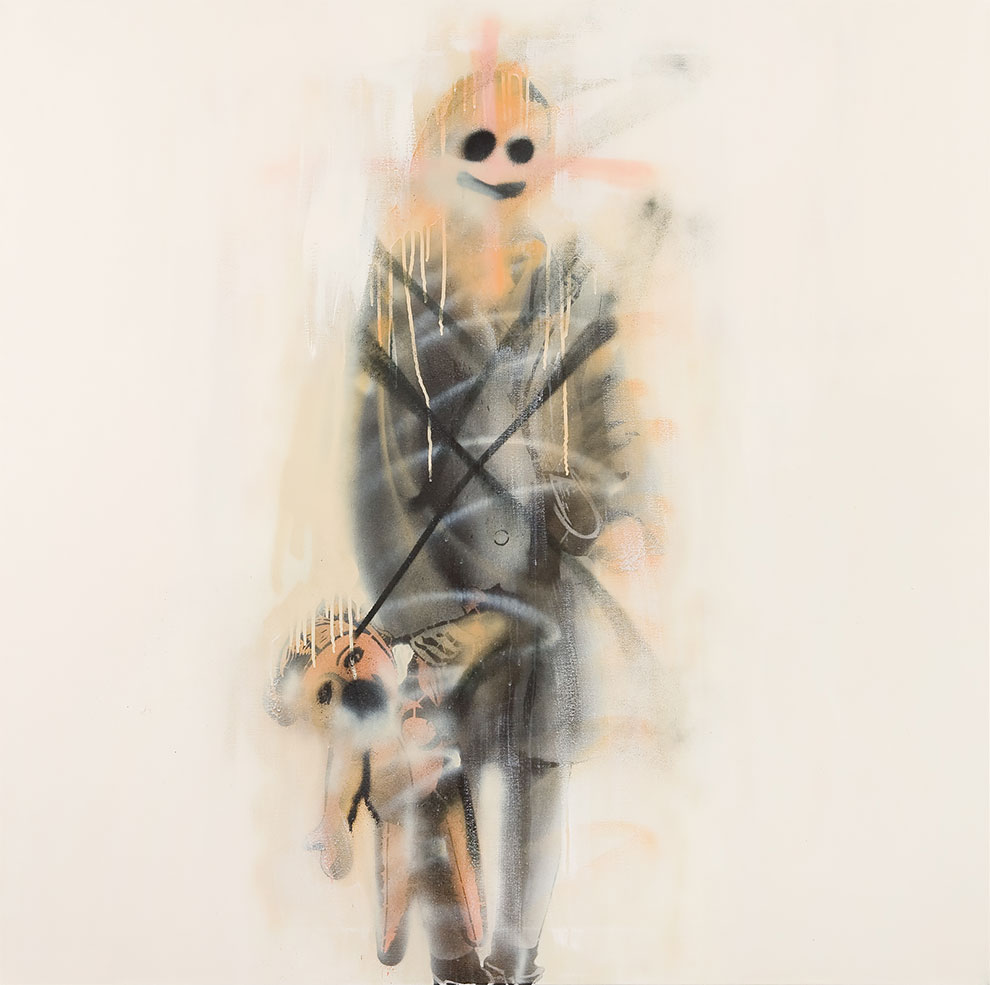 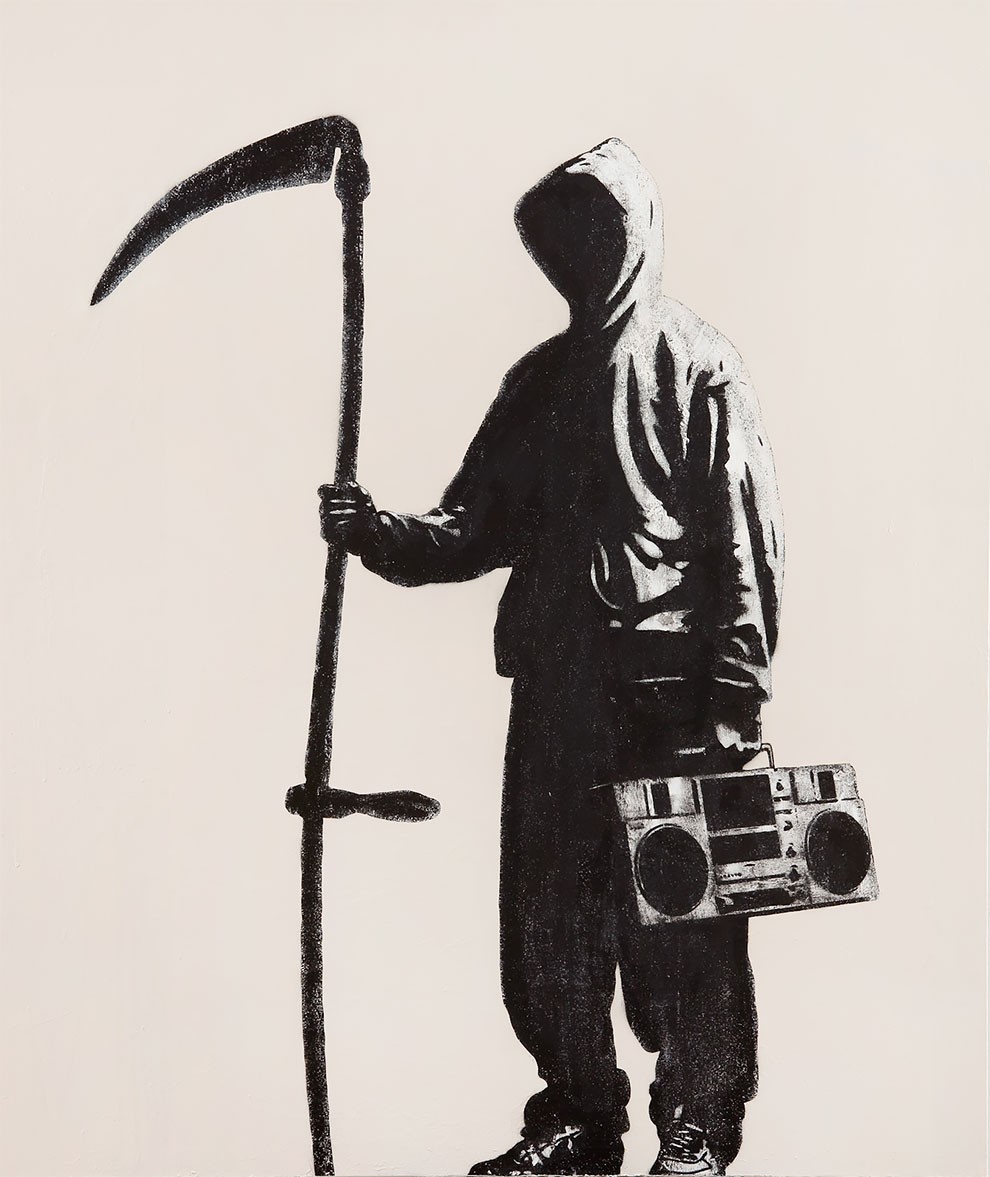 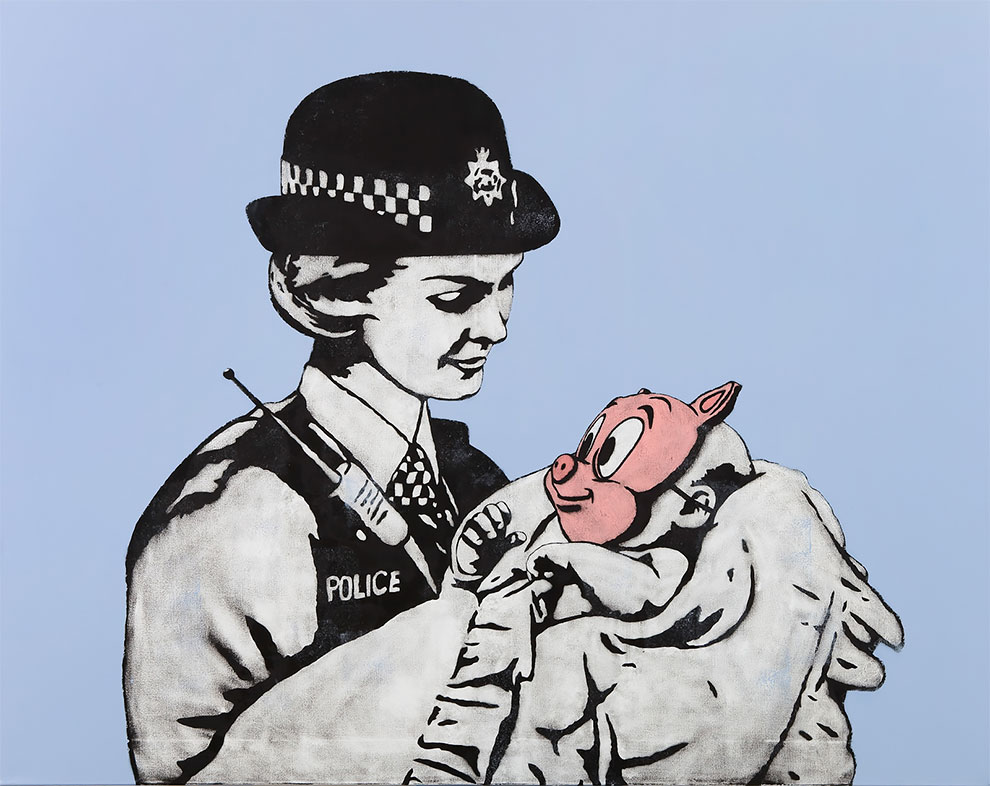 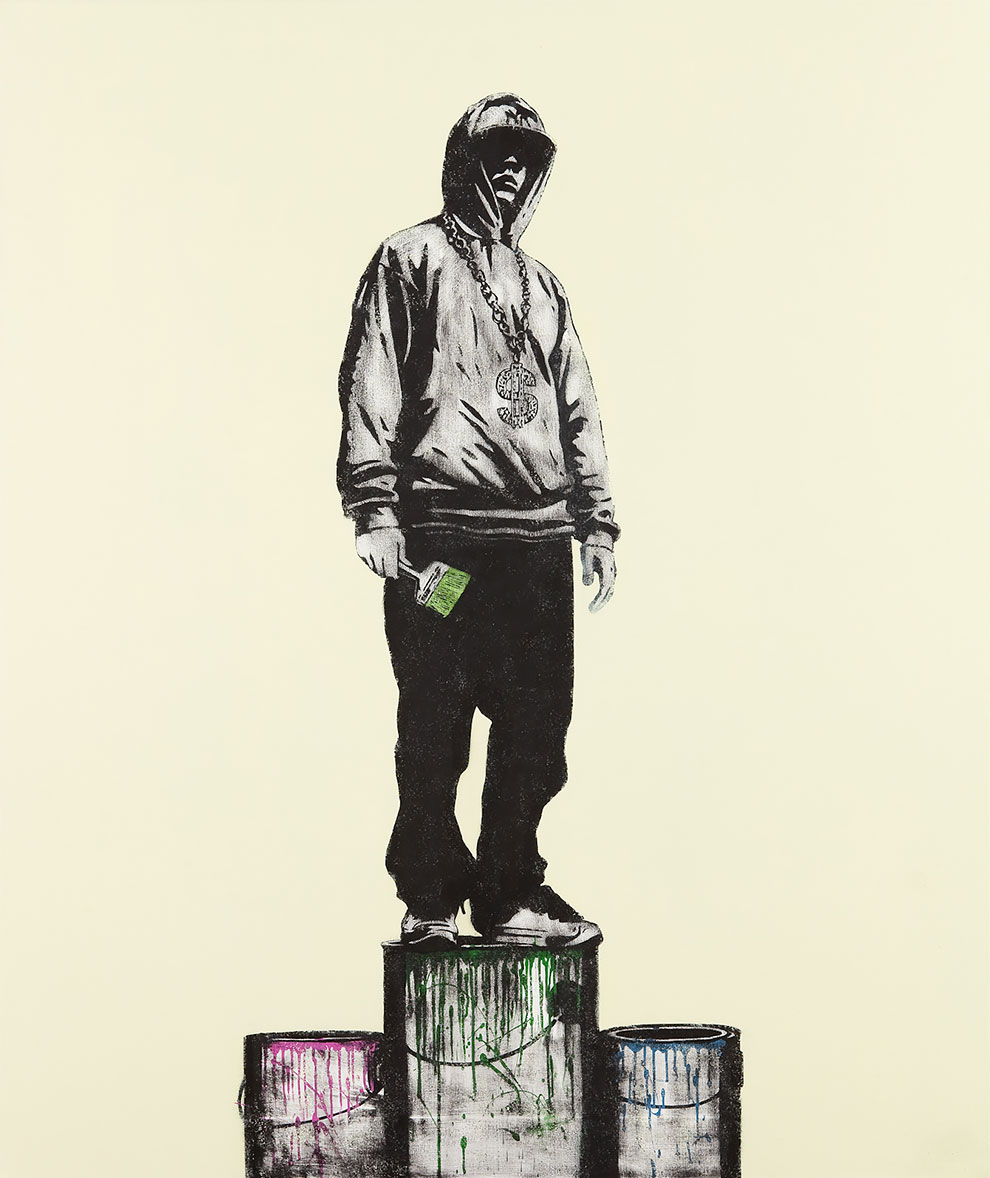 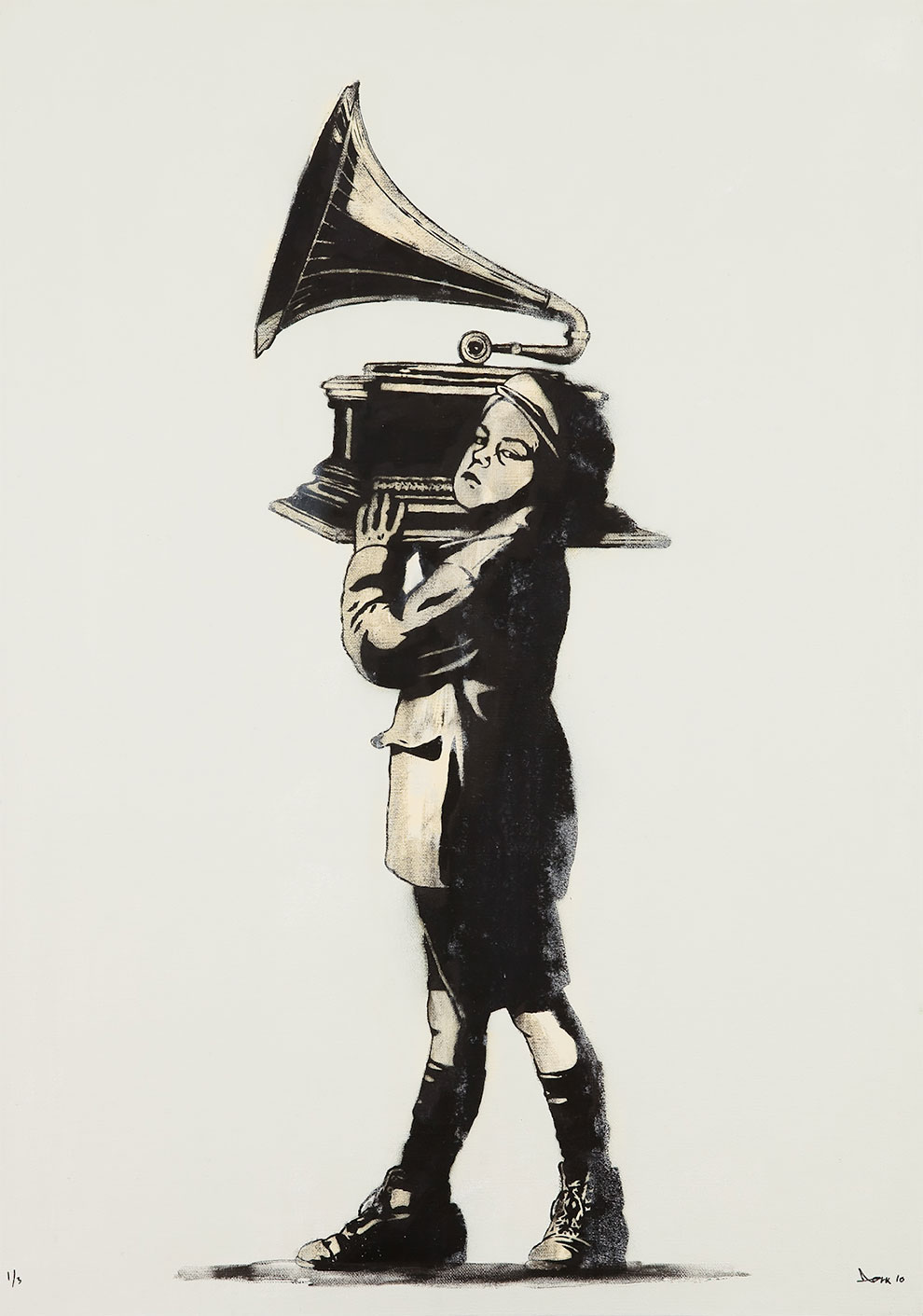 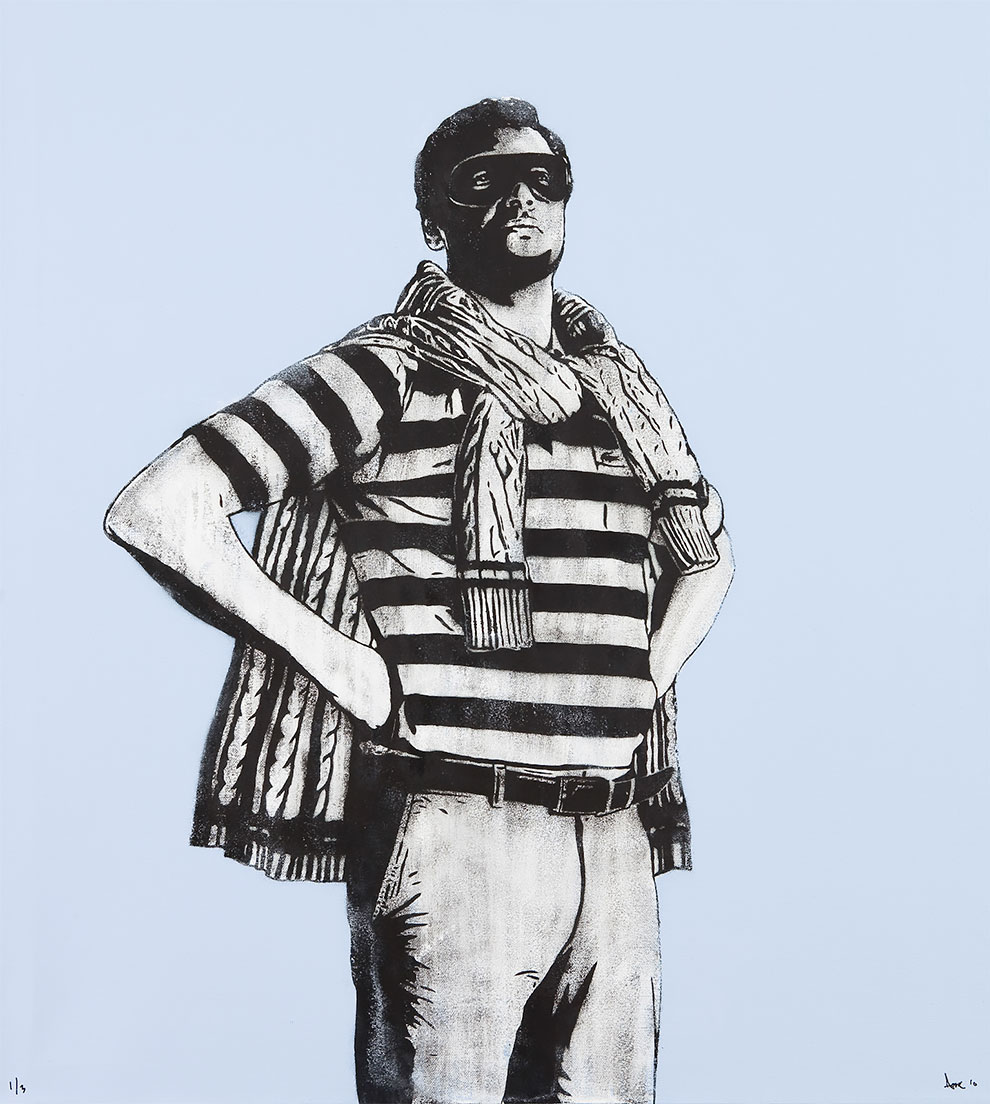 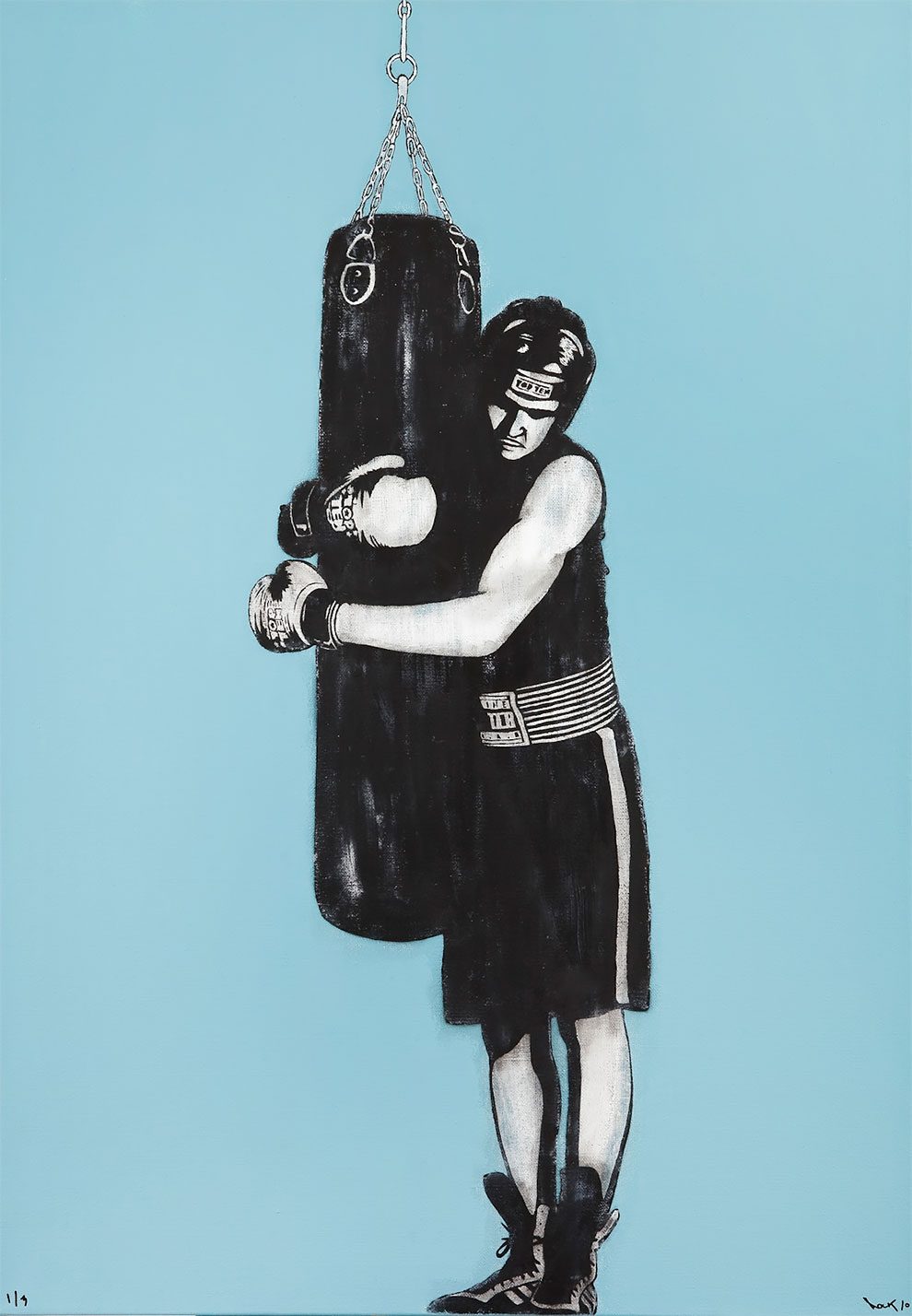 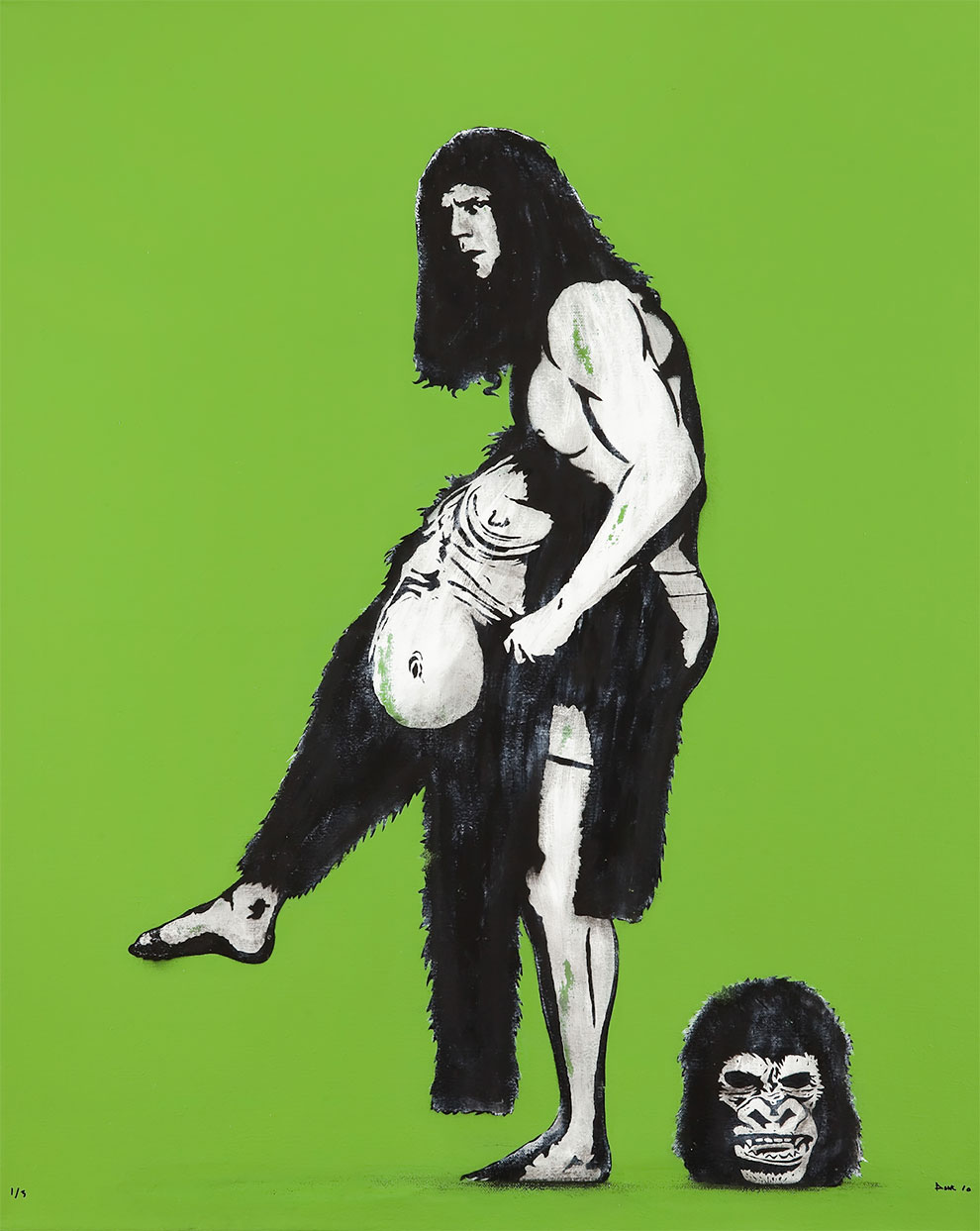