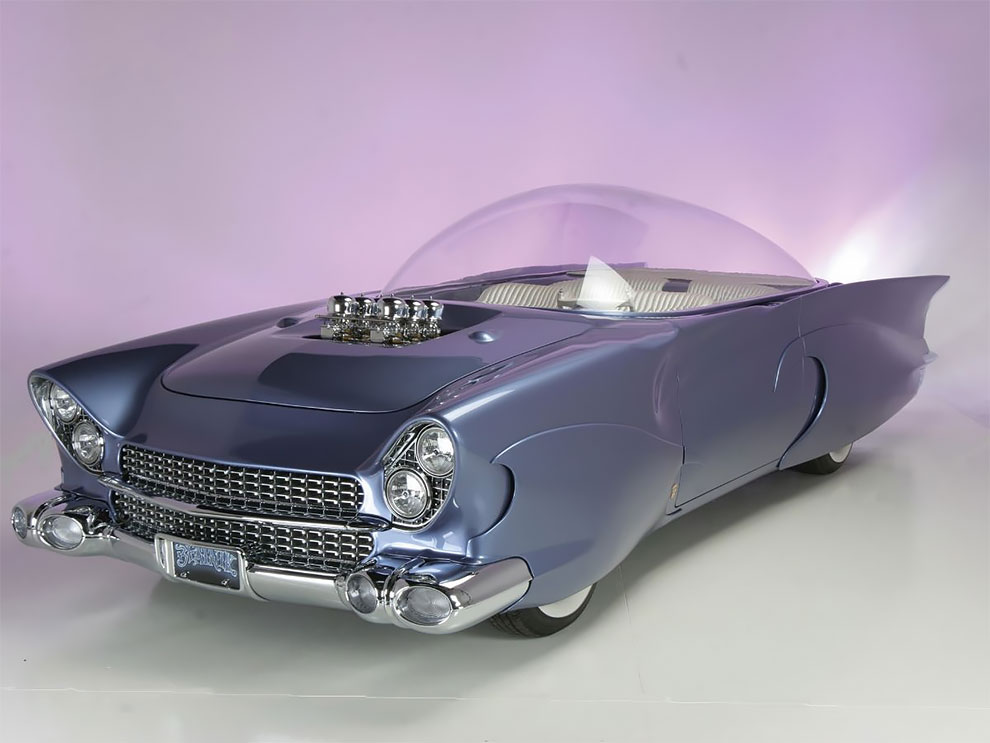 The builder of this amazing car was Gary “Chopit” Fioto, a New York custom car builder with a clearly eclectic moodboard. Fioto’s nickname, “Chopit,” craftily describes his central customizing philosophy. After he impressed custom-car traditionalists with his new interpretation on an old theme, a chopped ’50 Merc transformed into the sleek hardtop called “Tuf Enuff,” Gary Fioto performed his unique take on the Bubbletop genre.

As per his style, he executed it’s design and build like no other: Fioto’s resulting effort, dubbed “Beatnik” after his car club, the famed “Beatniks,” is a lavender 1955 Ford-based custom he’s skillfully reworked into a Bubbletop. However, instead of lowering the roof of his donor ’55 Ford, he raised it, handcrafting the largest-ever Bubbletop custom.

In 2006, “Beatnik” won the coveted $20,000 Grand Prize at Darryl Starbird’s National Rod and Custom Car Show, in Tulsa, Oklahoma. The win was a poetic one for Fioto, who read Starbird’s magazine feature articles as a youngster and chopped his first top at age 11. “Chopit” used aluminum detailing and a great deal of steel in the “Beatnik’s” construction. He’s immensely skilled in every car construction medium; he uses no written plans, and he thinks in three dimensions.

“I don’t always know what I’ll do when I start,” Fioto said, “but I can see the result as I’m working.”

This one-of-a-kind, award-winning effort is simply stunning with its scooped, full teardrop skirts front and rear, pancaked hood, rolled and pleated pearl white Naugahyde interior and razor-like tailfins. The radical interior, complete with its aircraft control yoke-inspired steering wheel and bulbous dash pod, “Beatnik” is a wheeled tribute to the late 1950s and early 1960s – and it’s truly the work of an artist practicing his developed craft in the medium of metal.

Look closely at “Beatnik” and you can see that movement – that is, if you can stop admiring the myriad details that make this car so interesting. This success hardly evolved overnight. “Beatnik” was an extensive, four-year project. “Chopit” started by completely removing the roof from a ’55 Ford. There’s not much left of the original Ford now. “Beatnik” rides on a modified ’88 Lincoln Town Car chassis. Fioto likes to replace ‘ancient’ running gear with newer components, reasoning that if there’s a mechanical problem, it’s easier to find late-model, rather than vintage, parts.

The “Beatnik” retains very few elements of the original ’55 Ford; if you look closely, you’ll note the cowl is still there, as are the insides of the doors and their hinges, the hood and its hinges, the trunk lock, and a few of the original trunk elements. The balance of the custom machine is hand-formed and custom-built.

“Beatnik” is a truly exclusive custom and an inspired design statement that stands alone. Admired today, much like its talented builder, this extraordinary car will be even more highly respected in the future. It remains a fitting tribute to a creative era where a few imaginative builders tried to envision the future and succeeded in their own unique way.

On August 19, 2015, the Beatnik rolled onto the block at the Monterey Sports and Classic Car Auction in Monterey, California, and sold for $360,000 plus commission. 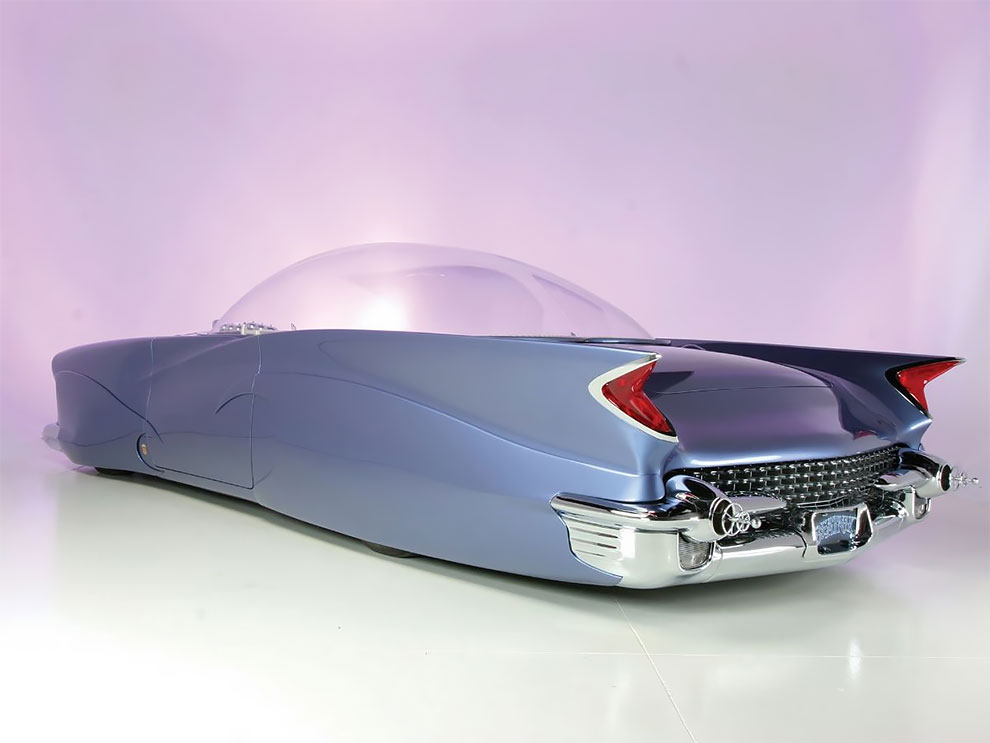 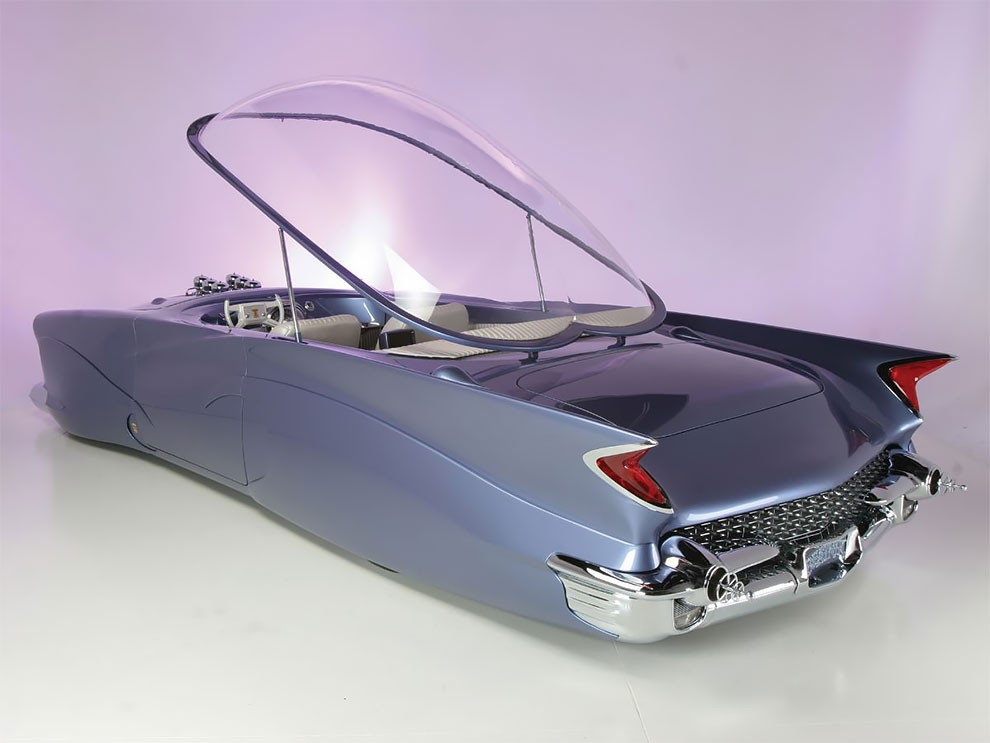 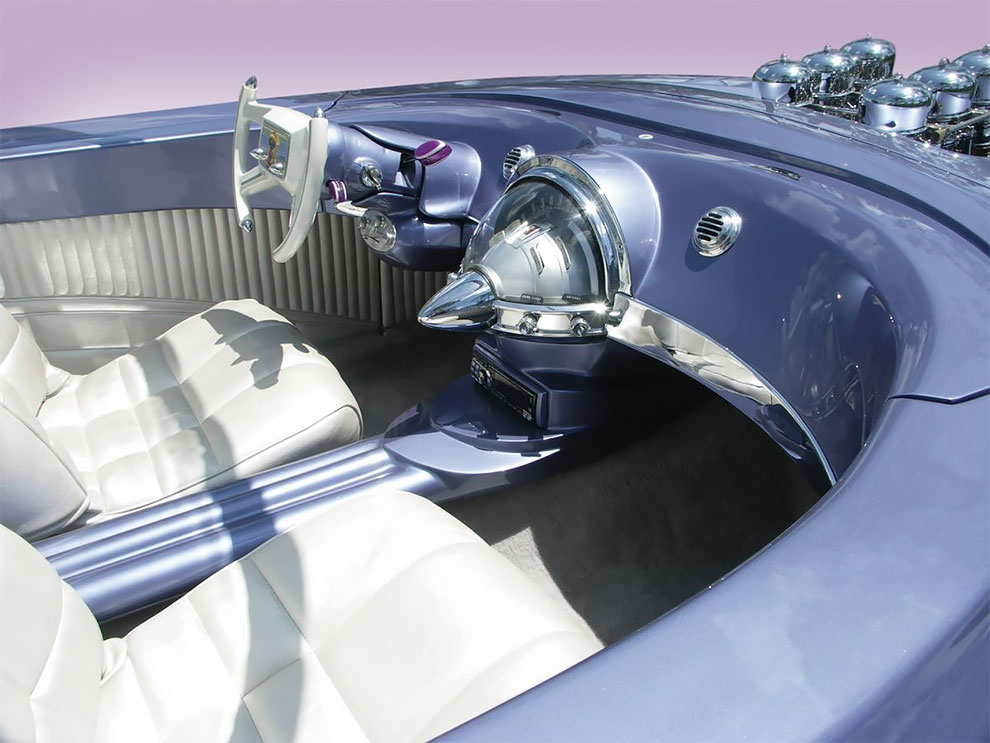 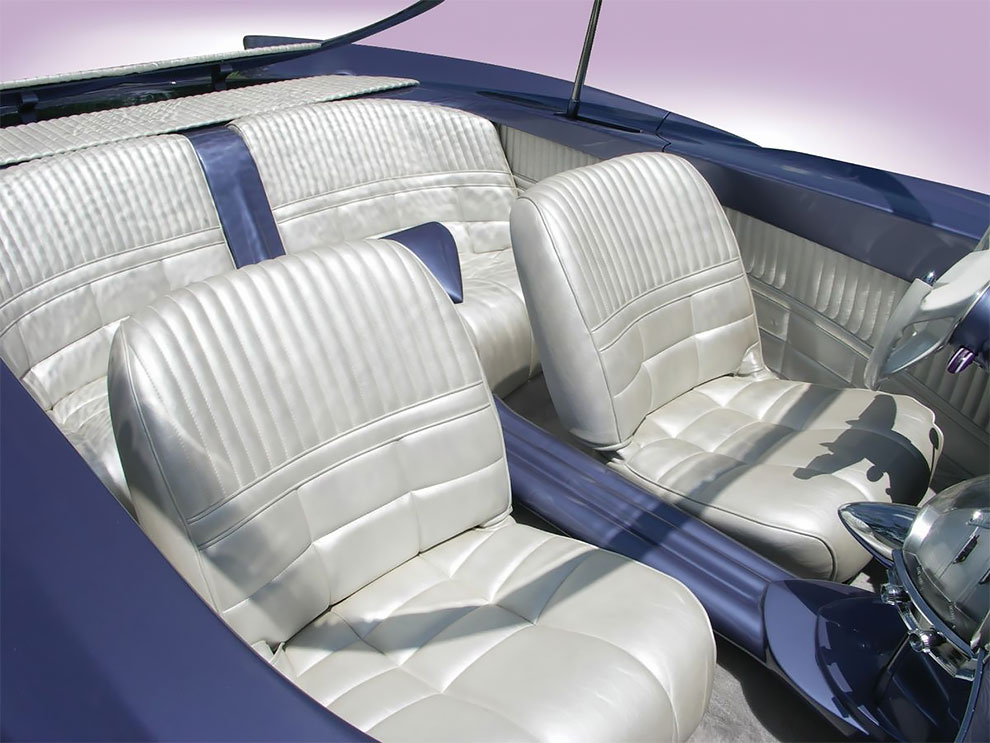 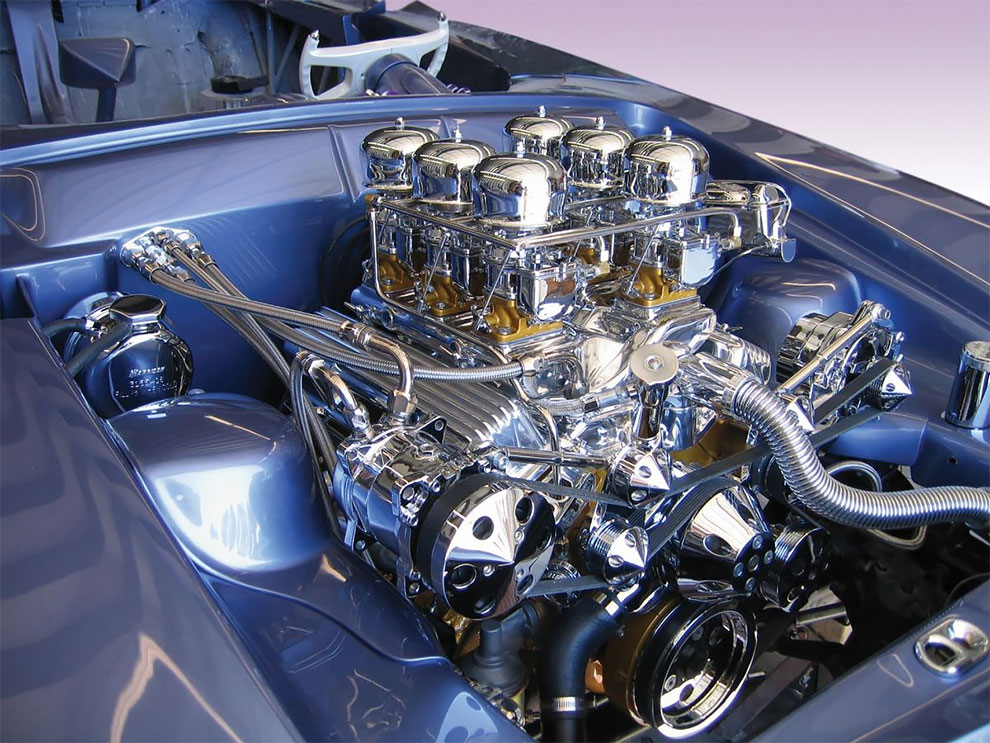 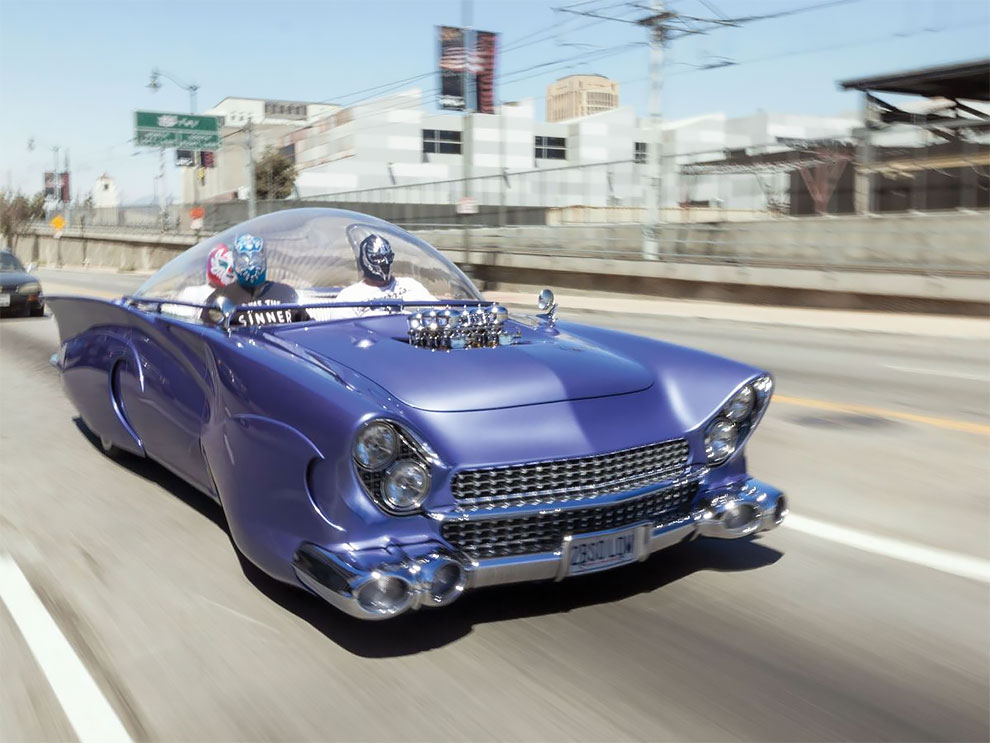 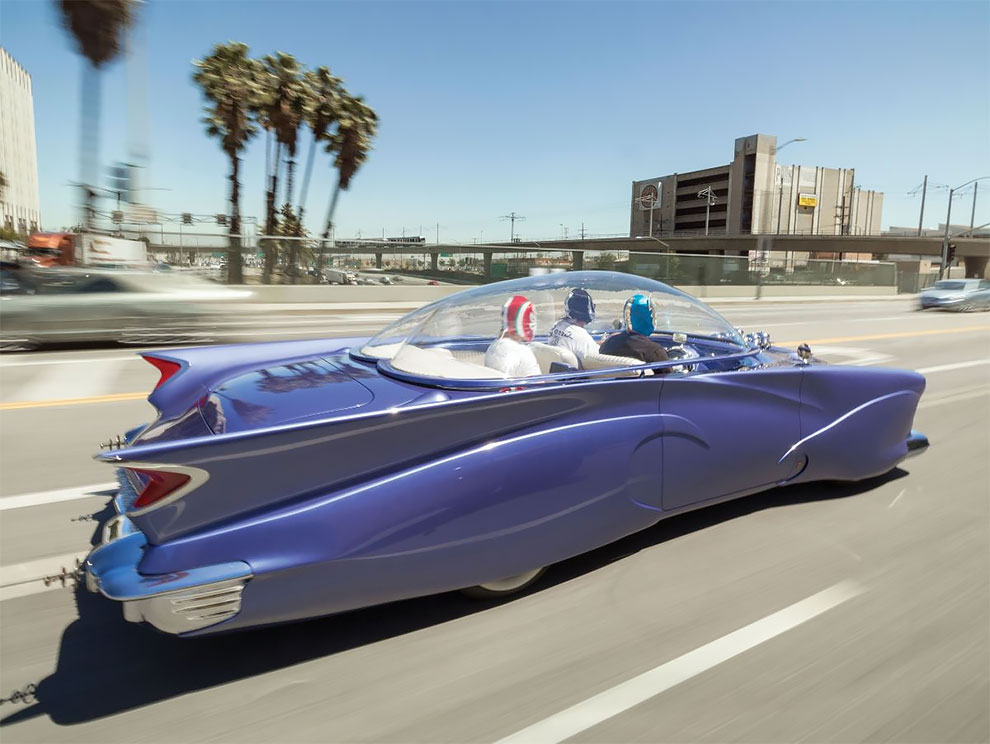 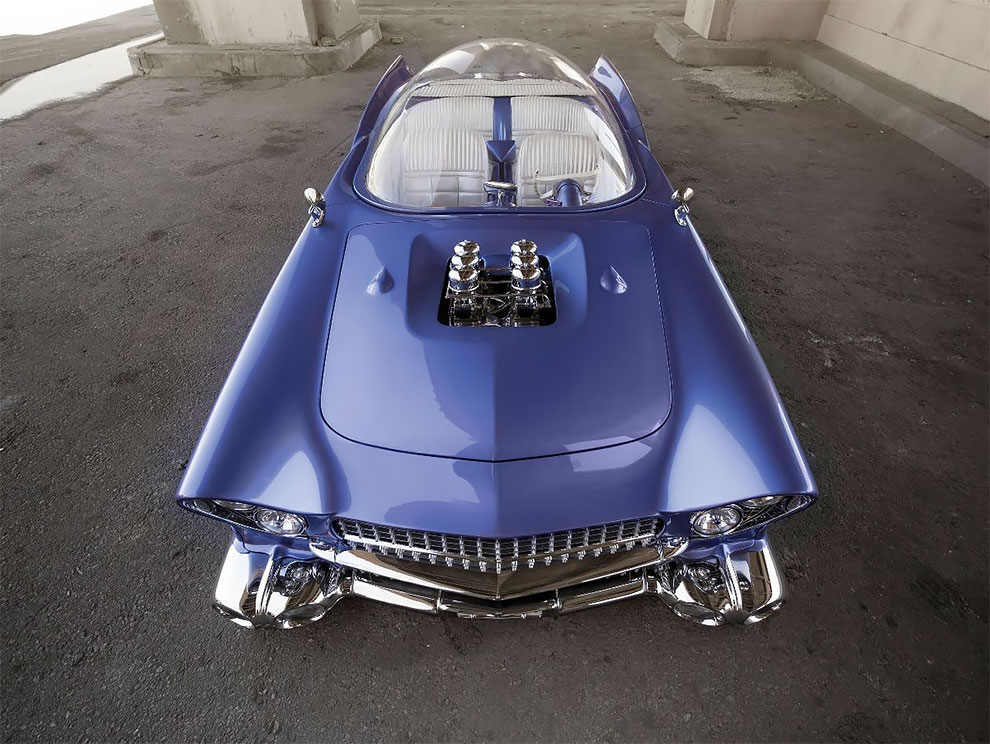 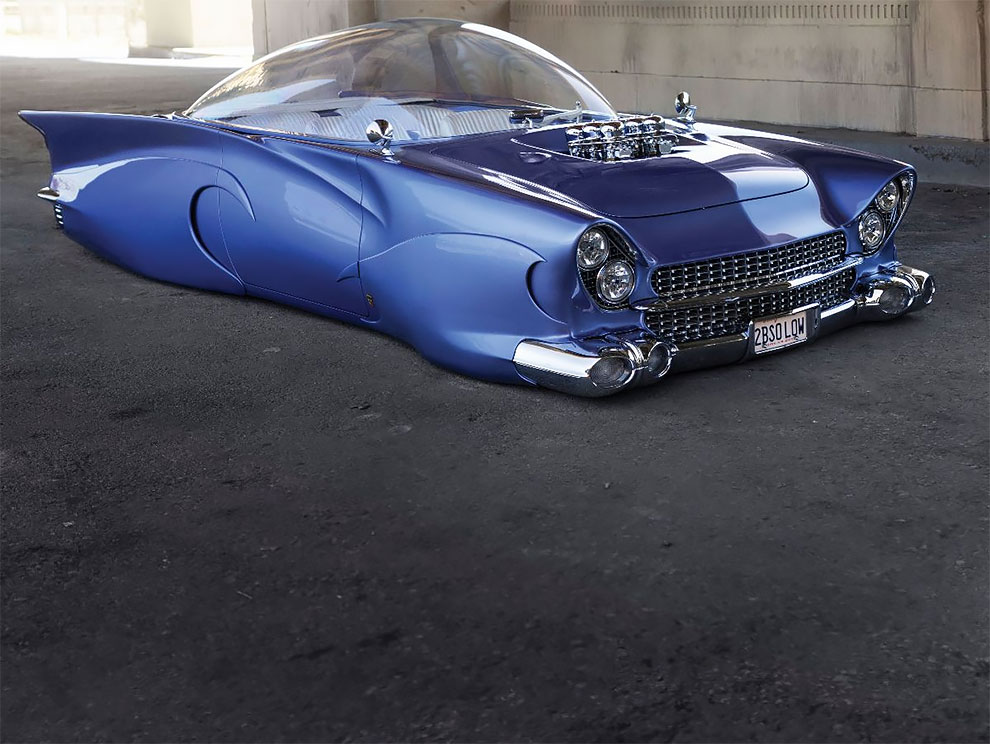 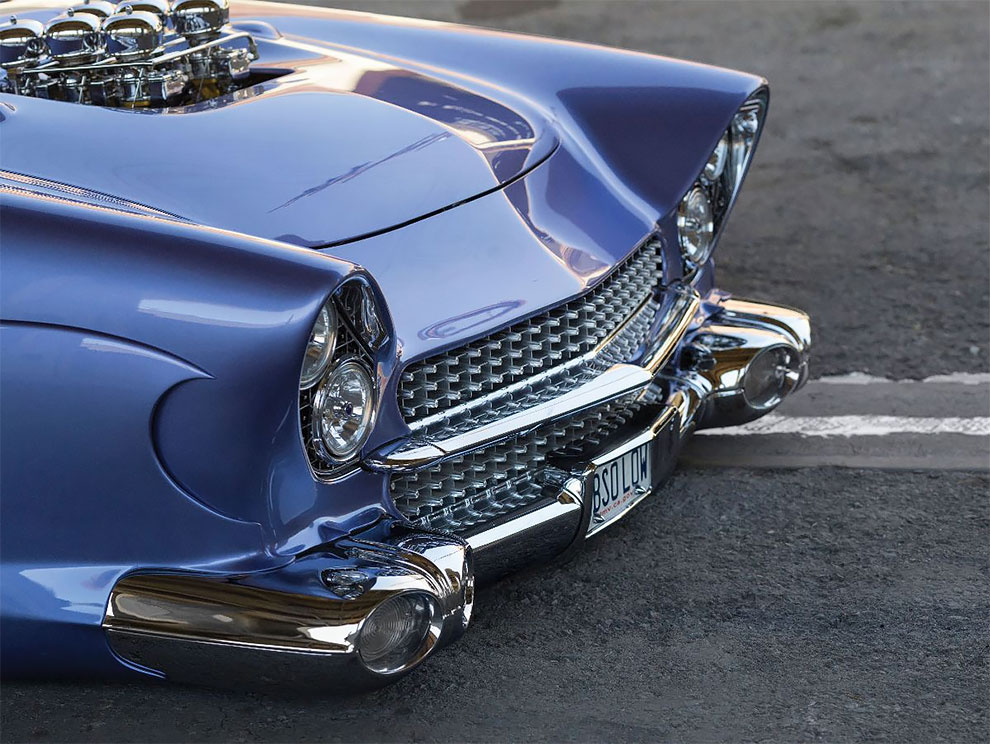 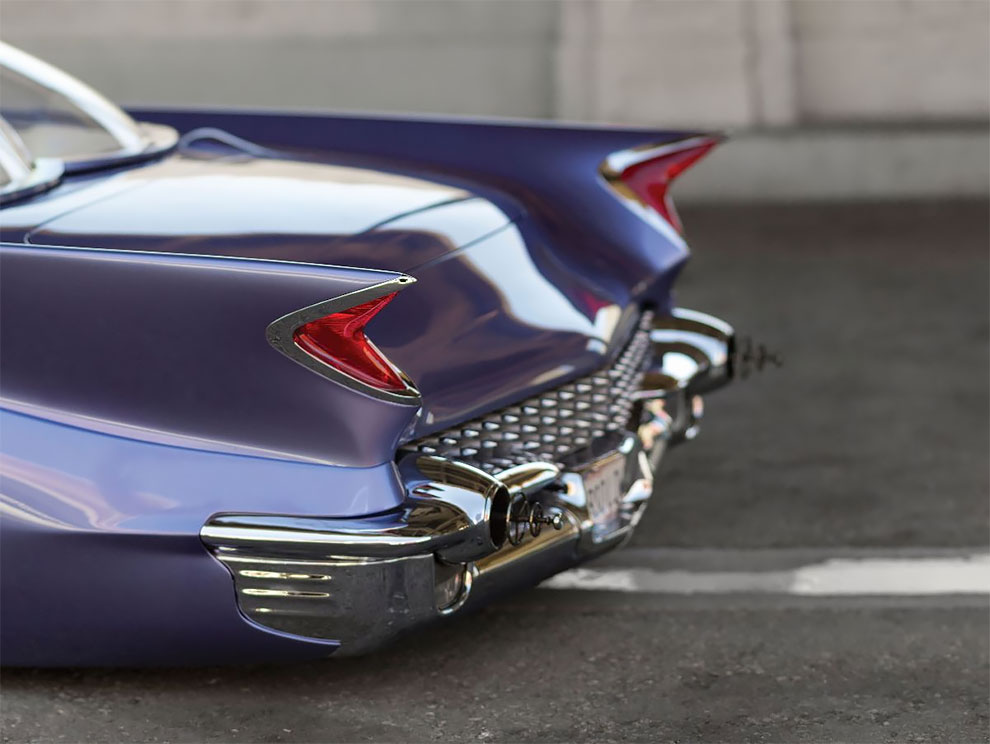 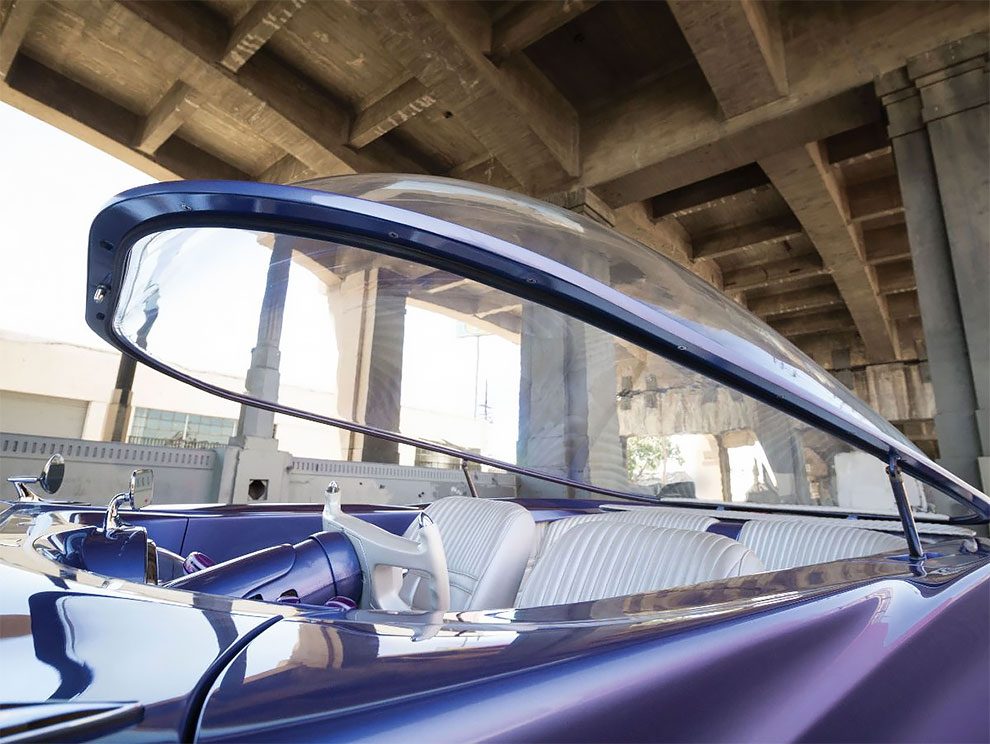 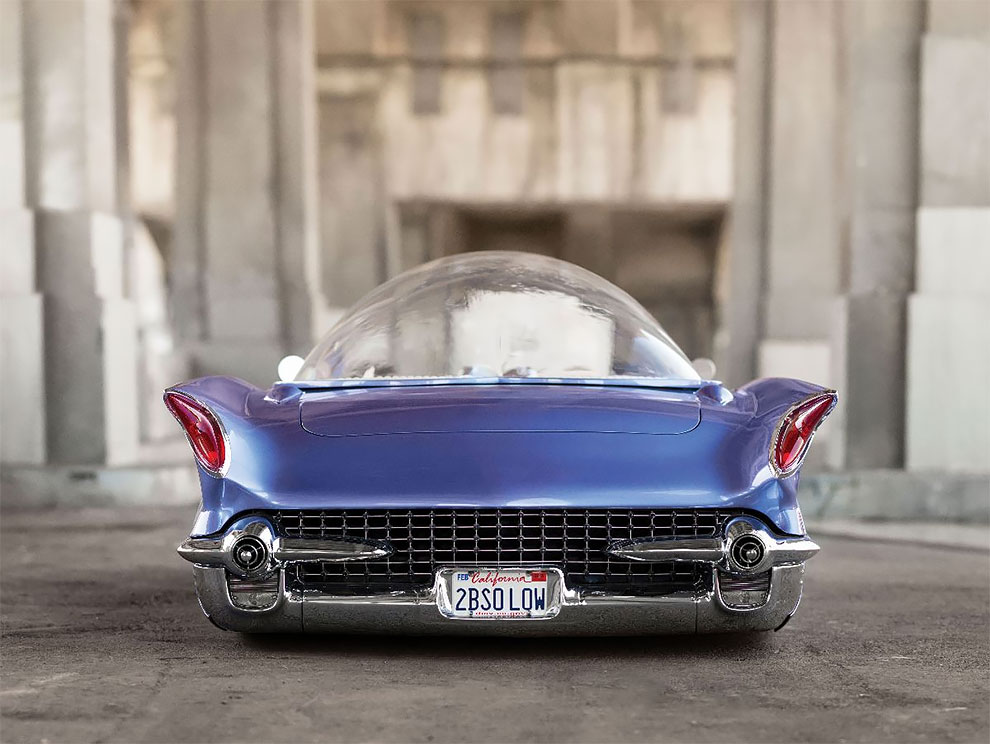 Brutal 1938 Alfa Romeo 8C 2900B Lungo Touring Berlinetta
Amazing Photographs of Auto Transporters From the 1970s and 1980s
1959 Ghia Selene by Tom Tjaarda, an Amazing Concept From Future Past From Italy
"Under A Darkening Sky": The Superb Sci-Fi Concept Art By J.C. Park
Superb Futurisic Car Concepts Of The 1970-80s
Marilyn Monroe Wishing You All a Happy Fourth of July
"Beneath the Horizon": The Superb Dreamy Aethsetic Artworks of Muhammad Nafay
"The Paper Time Machine" Book Takes Historical Images And Imbues Them With Astonishing Color
"The Faces Of Fear": The Superb Dark Concept Art By Anthony Jones
Finally, LEGO Announces Its Own Foldable Device , An Antidote To Folding Phone Mania
Dutch Impressionist Painter George Hendrik Breitner Took His Camera Onto The Streets Of Amsterdam In The 1890s
Before Seatbelts and Airbags: Terrible Photos of Car Accidents in the Early 20th Century
The Intelligence Service Owl From Russia
Clever Minibikes Built Out of Welded Fenders From Vintage Volkswagen Beetles
Watch Parts Motorcycles
Netherworlds: The Fantastic Worlds of John Pak
Eccentric Vintage Car Ads From the 1960s and 1970s
Photographer Analyzes Brain Waves To Construct Portraits Of People’s Ideal Selves
Cool Pics That Show Fashion Styles of the ’80s Young Women
Schlörwagen: The Bizarre German Car from 1939 that Was Super-Aerodynamic but Very Impractical
Stunning and Rare Images of The 1935 Adler Diplomat 8 Wheels
Stunning New Close-Ups Show Saturn's Rings At Double The Detail We've Ever Seen
Glow-In-The-Dark Underwear Is Exactly What You Need Right Now
Inspiring & Rare Color Photographs Of Everyday Life In Hong Kong From The Photographer Fan Ho
Beatnik, car, concept, Ford, retro