Amazing Photos Of DMC DeLorean, Which Became Famous As The Time-Traveling Car In The “Back To The Future” Movies 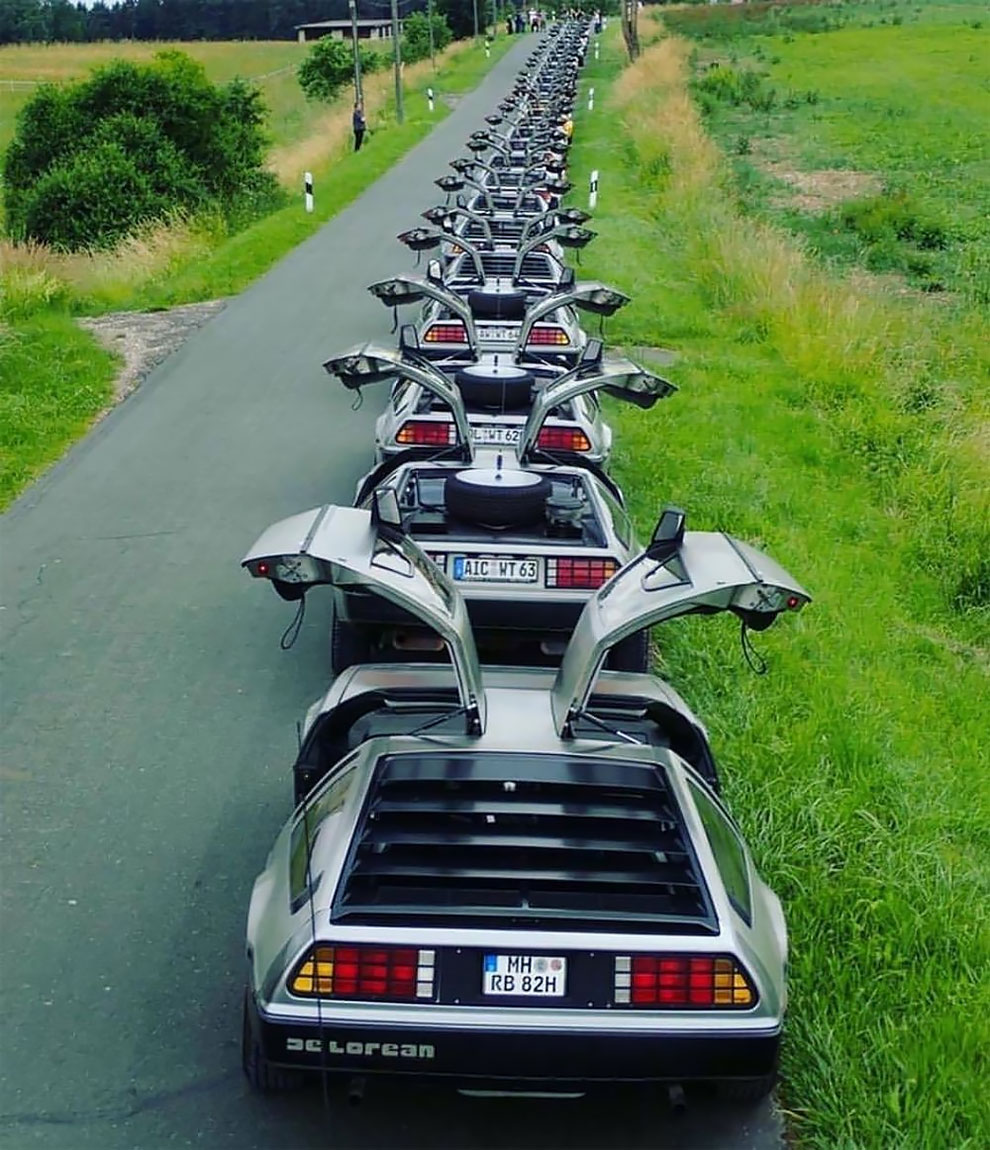 The DMC DeLorean (simply as a “DeLorean”) is a sports car originally manufactured by John DeLorean’s DeLorean Motor Company, or DMC, for the American market from model years 1981 through 1983. 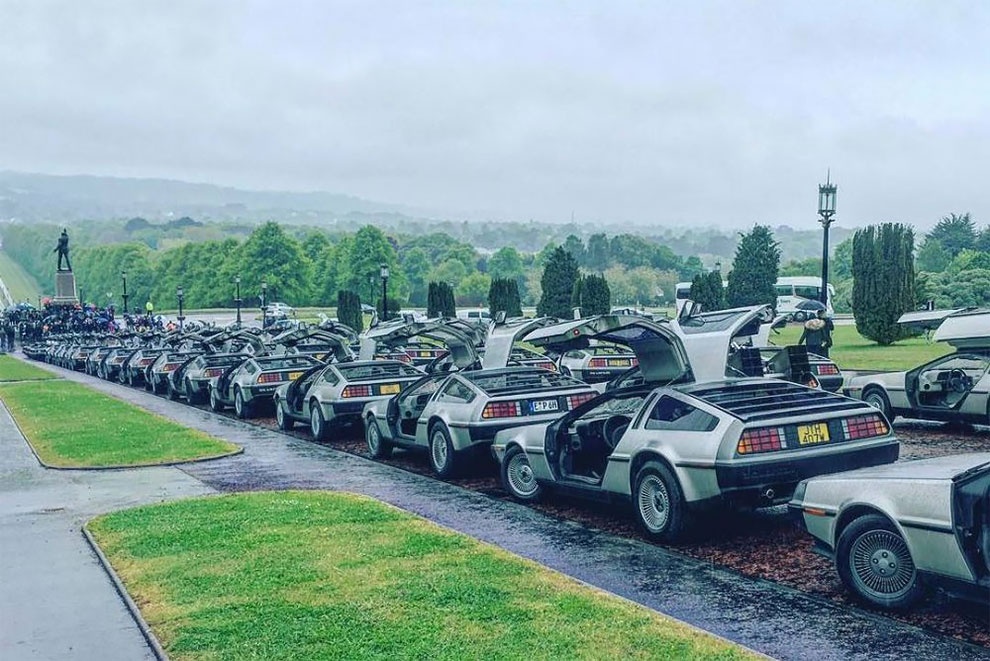 The car, designed by Giorgetto Giugiaro, stood out for its gull-wing doors and brushed stainless-steel outer body panels, as well as an innovative fiberglass body structure with a steel backbone chassis. Initially, it became widely known for its disappointing lack of power and performance, which didn’t match the expectations created by its looks and price tag, but later – after 1985 – the DeLorean became iconic for its appearances as the time machine in the Back to the Future media franchise. 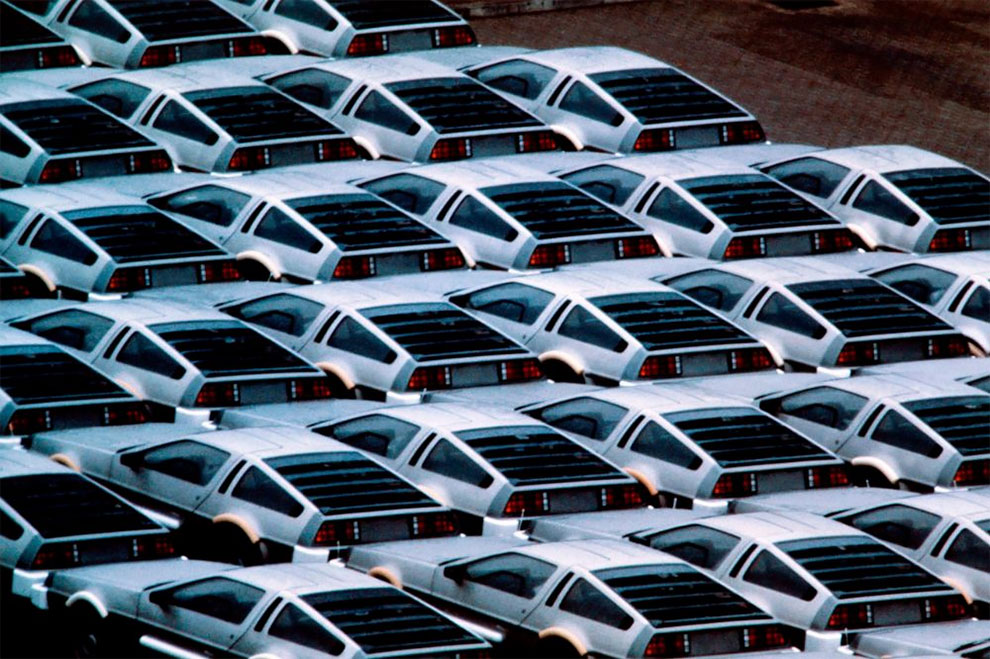 The first prototype appeared in October 1976 and was known as the DSV-1, or DeLorean Safety Vehicle. As development continued, the model was referred to as the DSV-12 and later the DMC-12 since DMC was targeting a $12,000 MSRP at release. After several delays and cost overruns, production finally began in 1981 as DMC officially dropped the name DMC-12 on their now $25,000 car in favor of the model name “DeLorean.” The DeLorean sports car, as it was described in advertisements, began production on January 21, 1981. 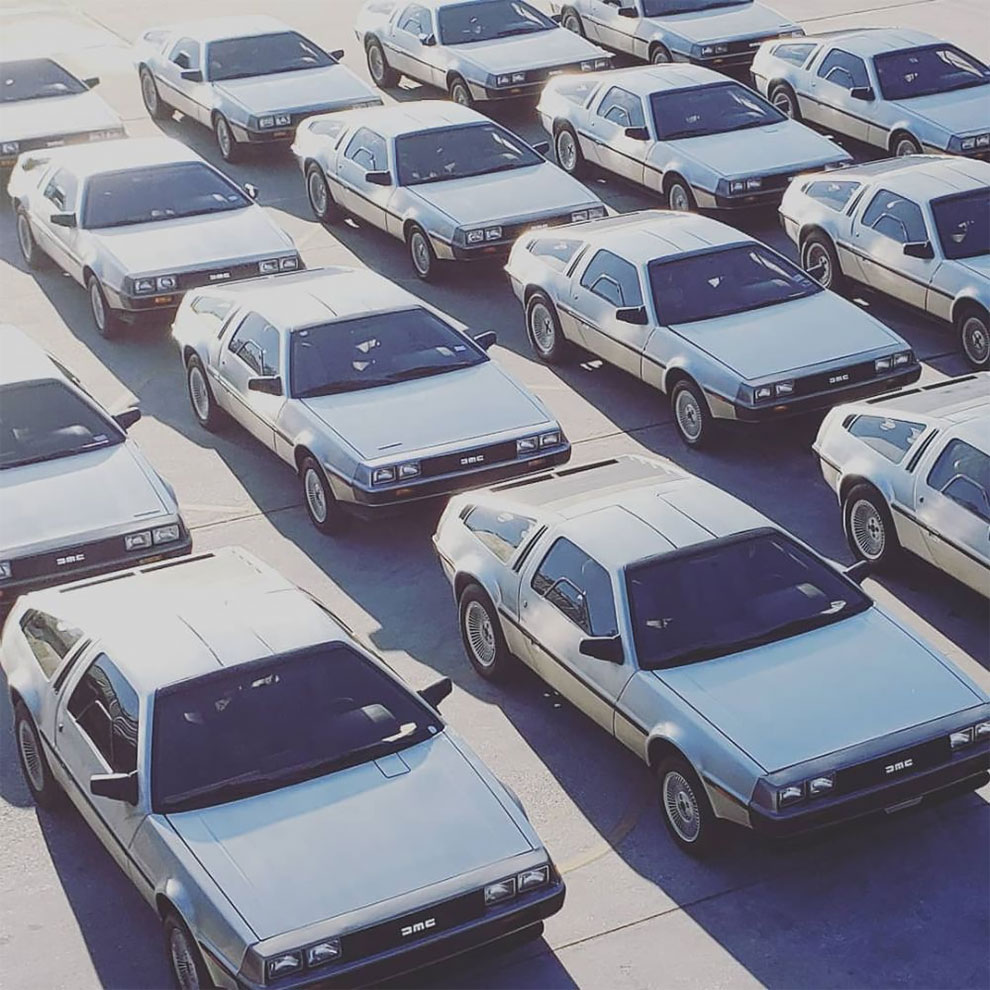 The factory was located in Dunmurry, a suburb of Lisburn, near Belfast, Northern Ireland. Throughout production, the car was generally unchanged although minor features and parts of the car were changed, such as the alternator, radio, antenna, hood style, and wheels. Over the course of about 24 months spanning three model years, about 9,000 DeLoreans were made before production halted in early 1983. 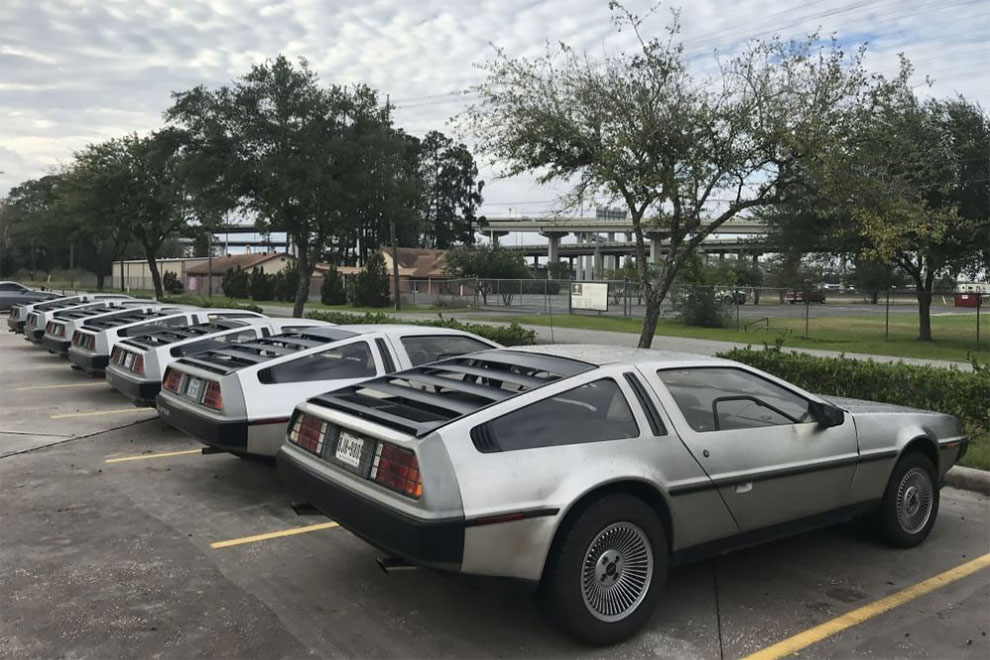 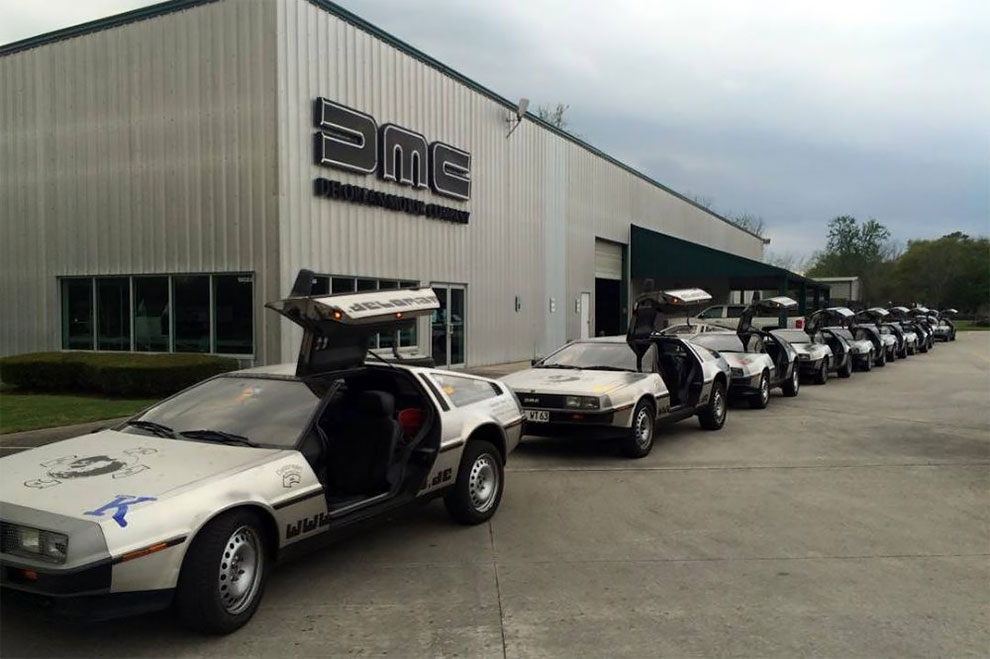 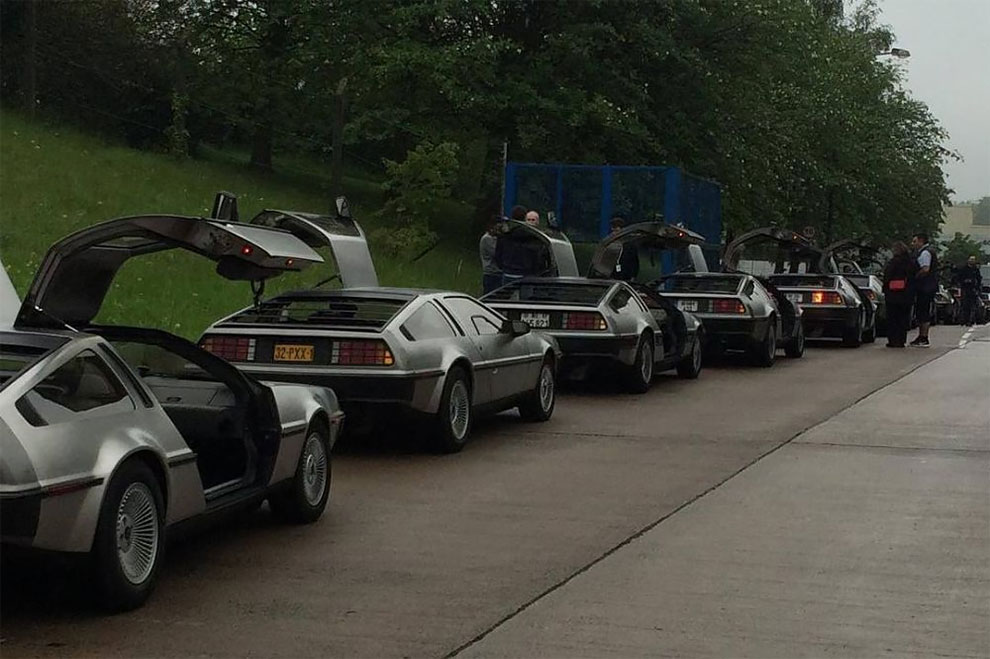 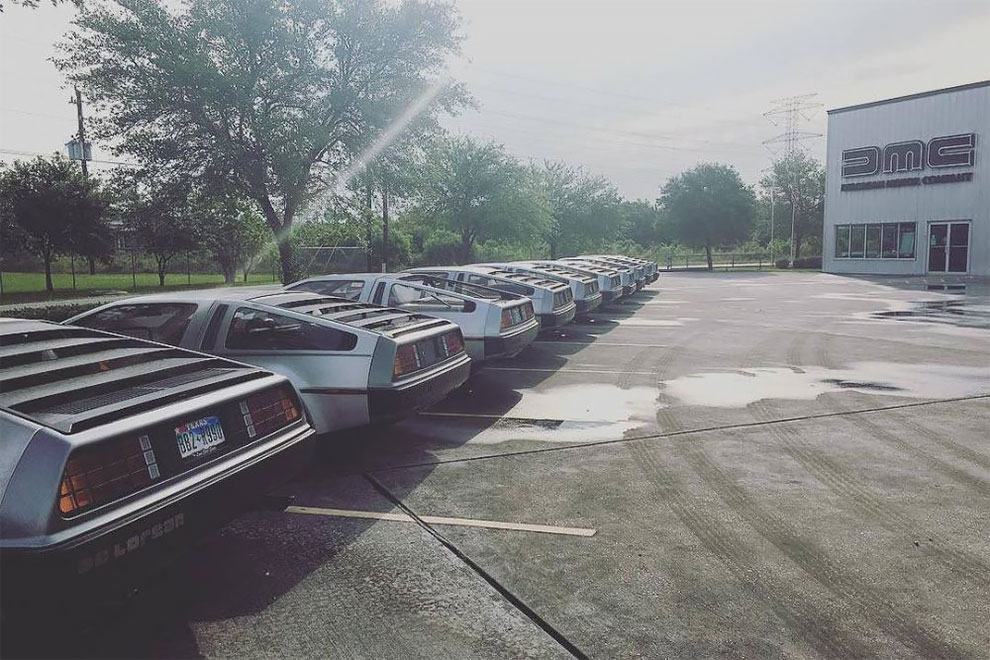 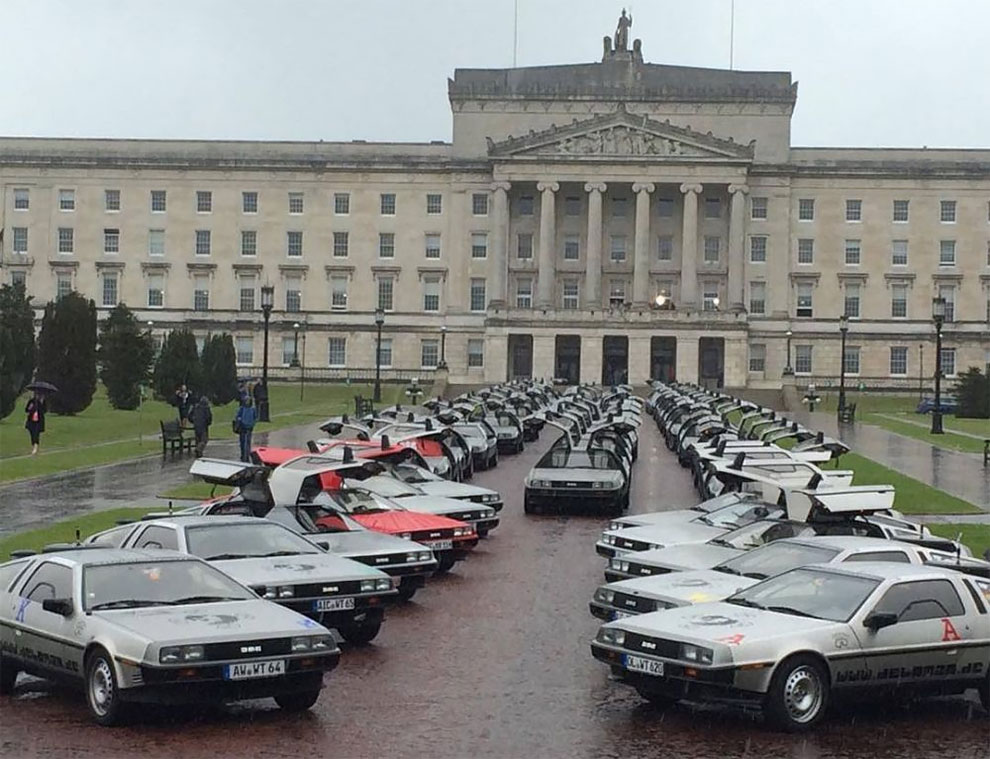 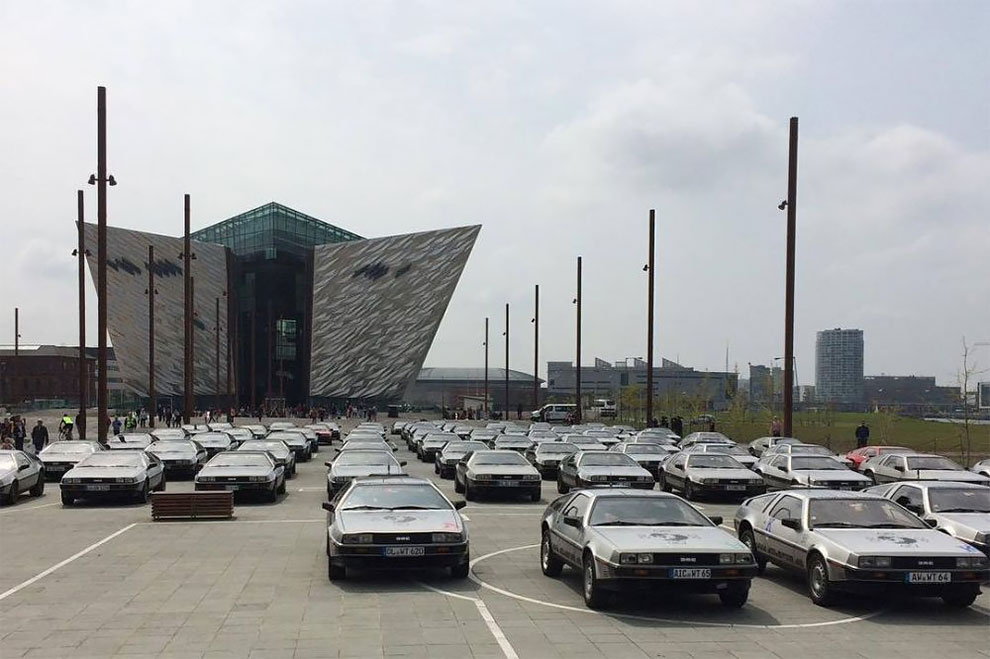 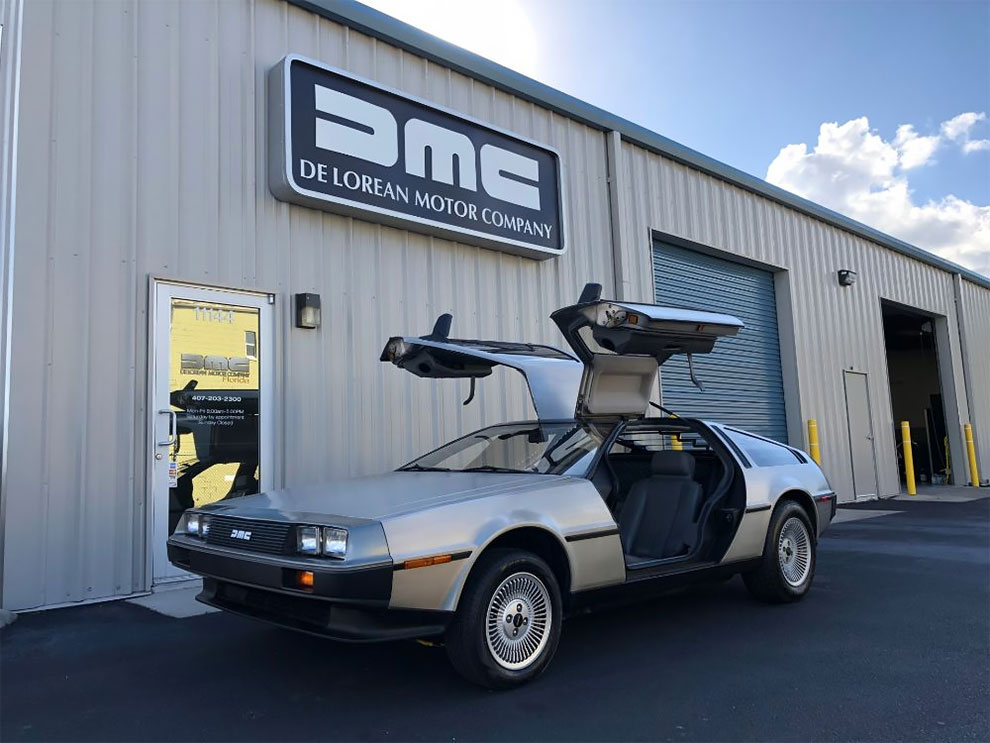 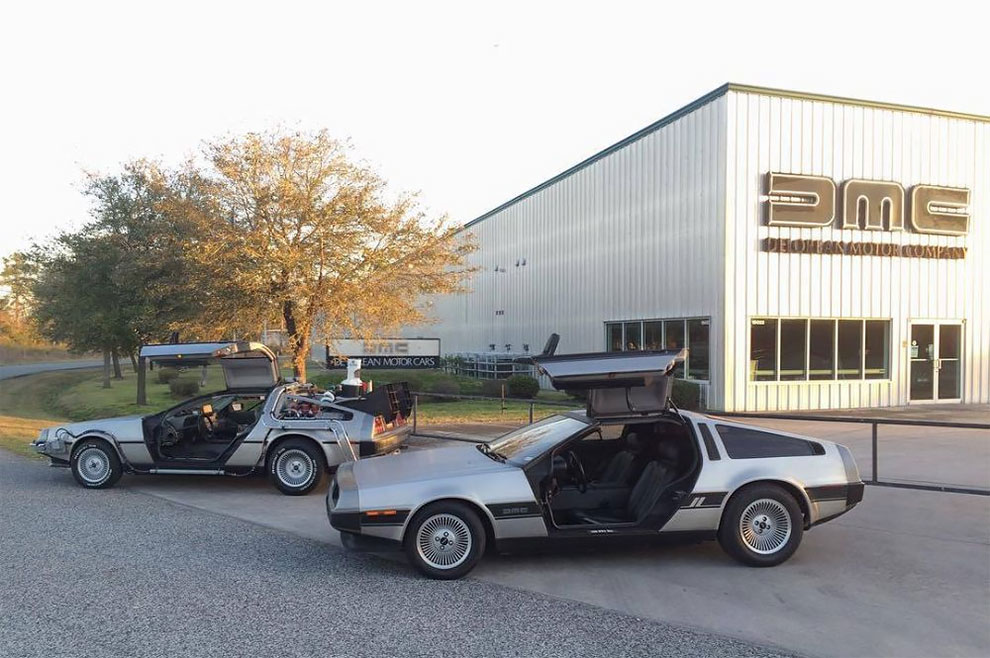 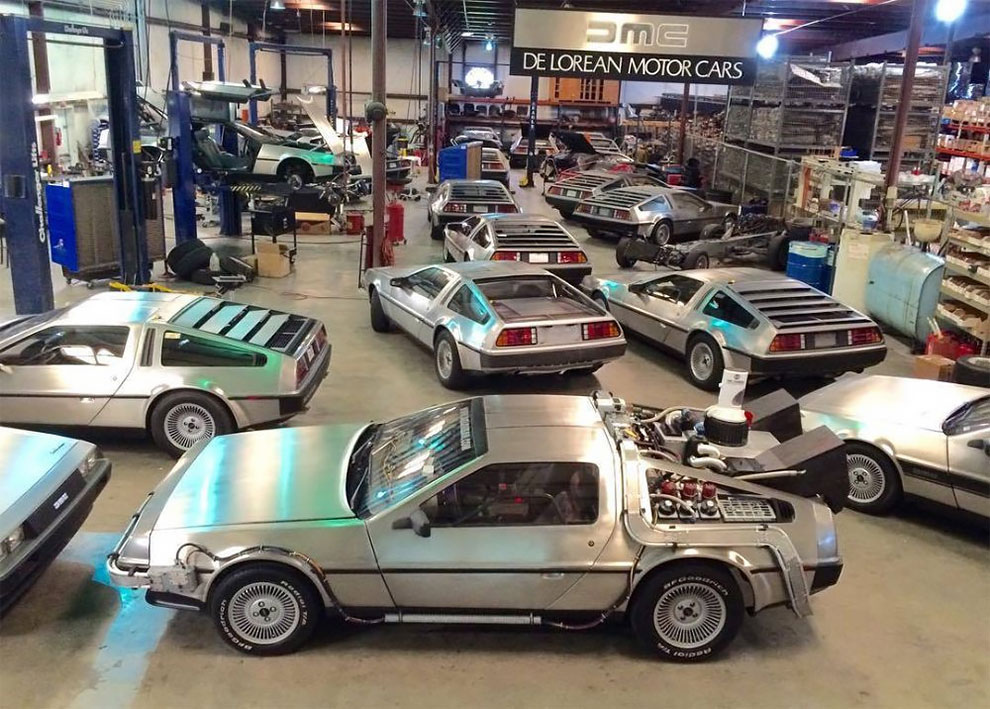 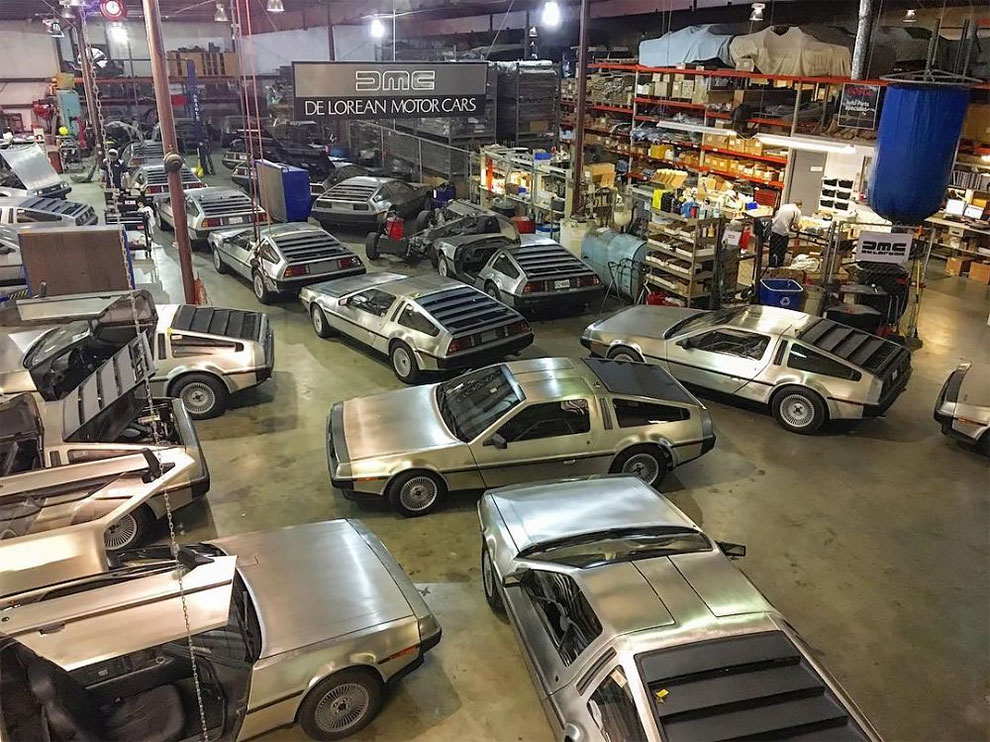 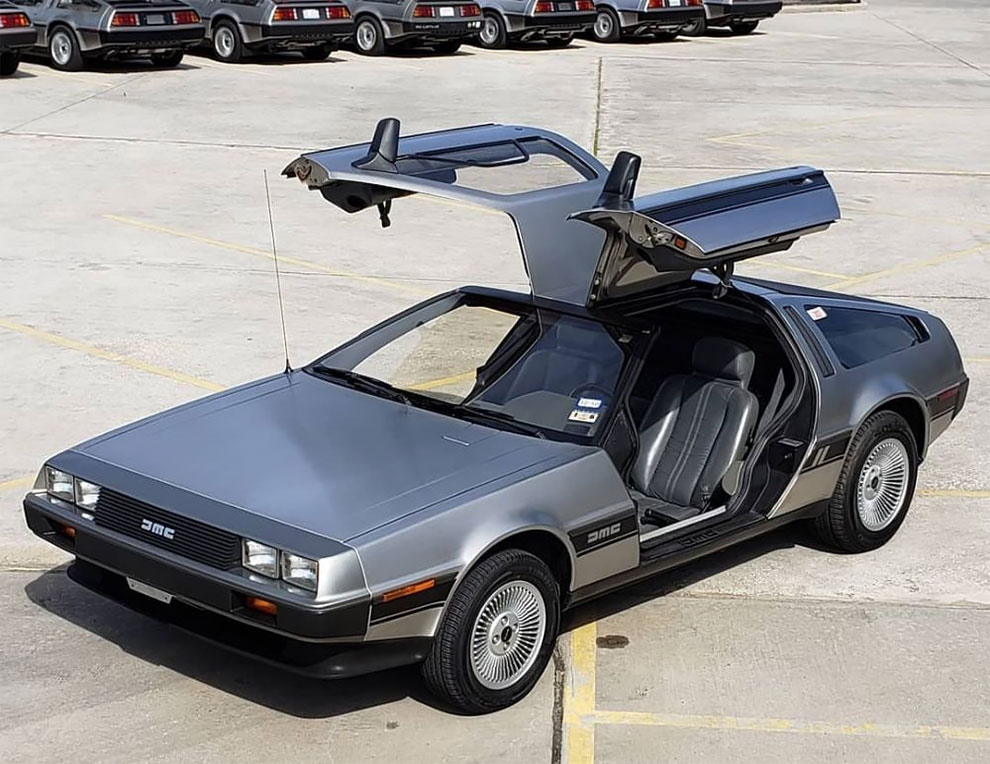 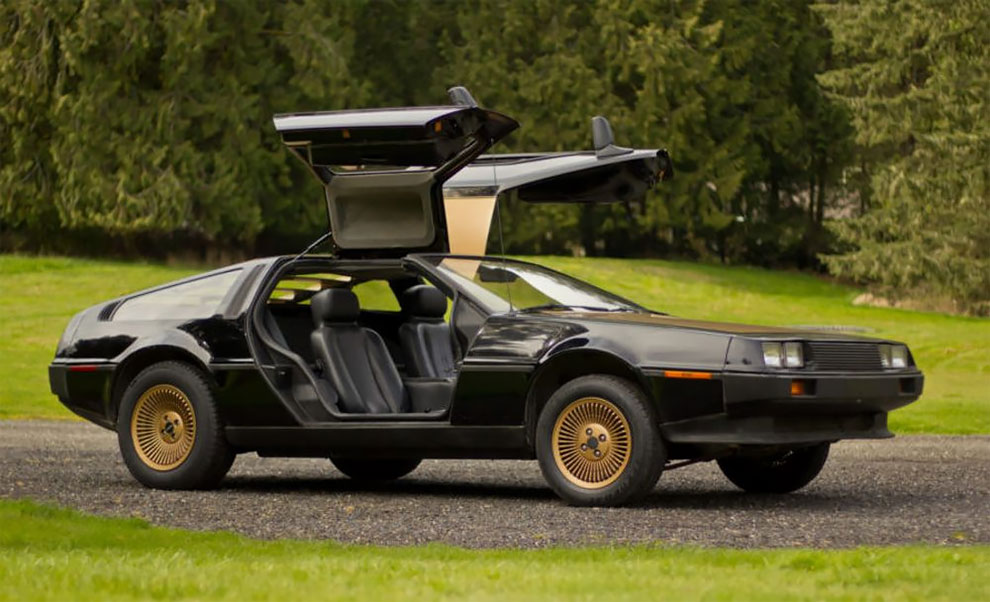 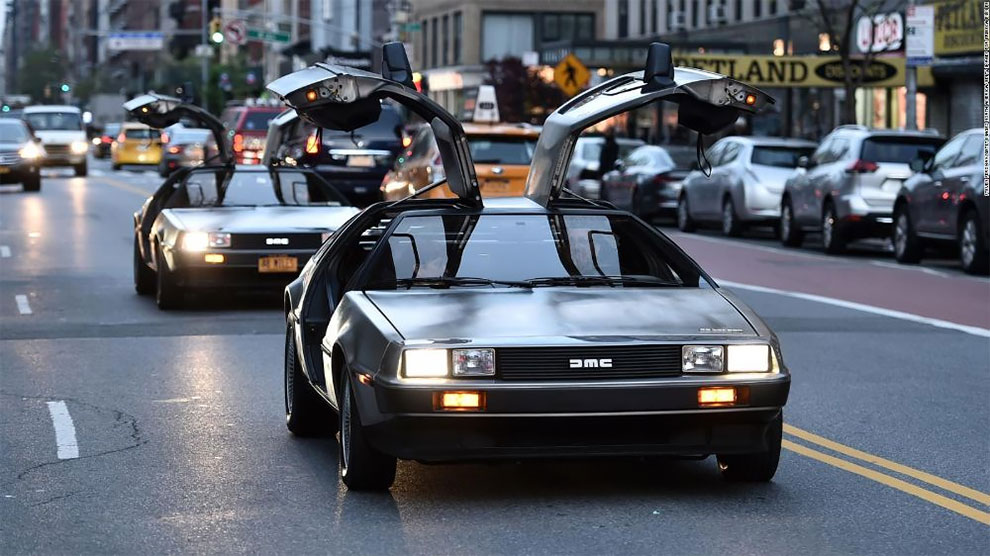 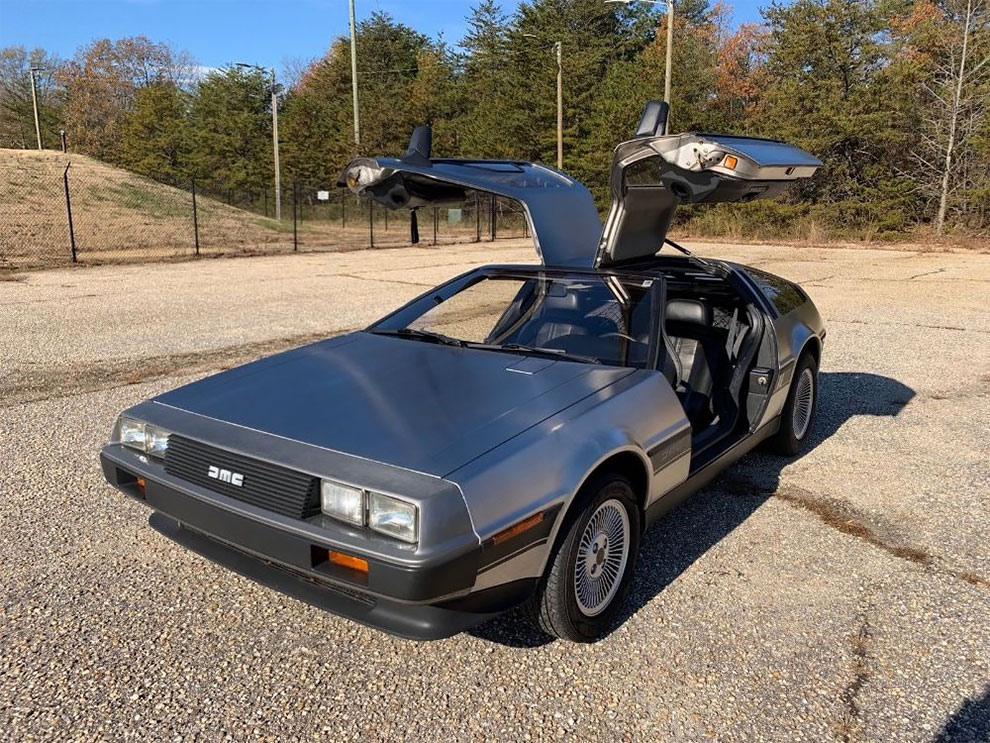 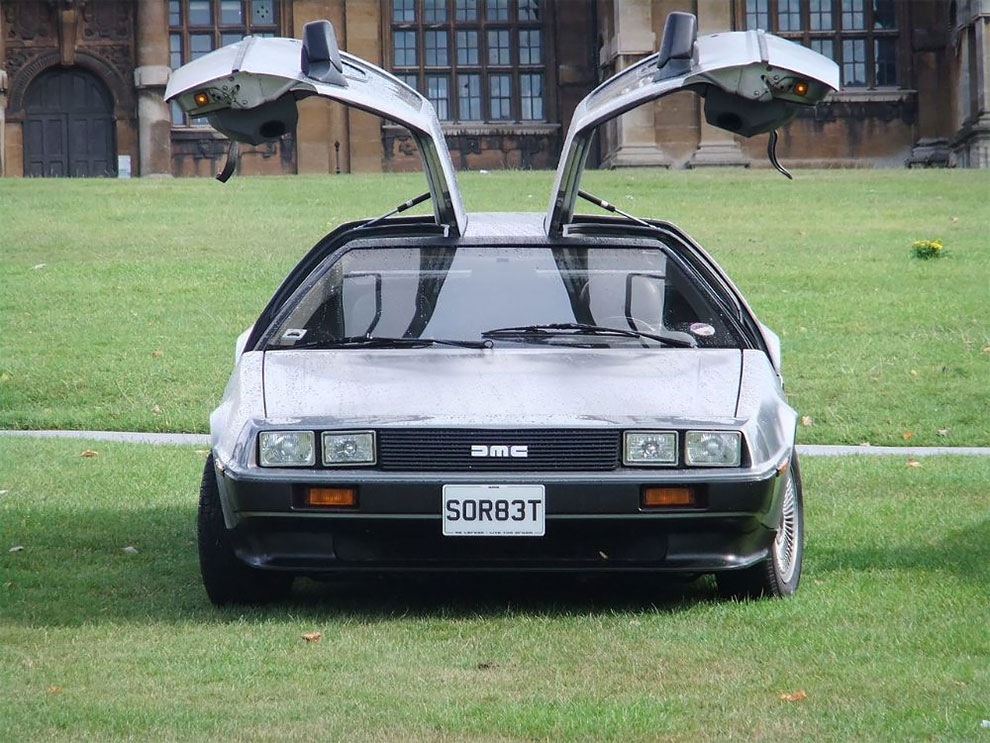 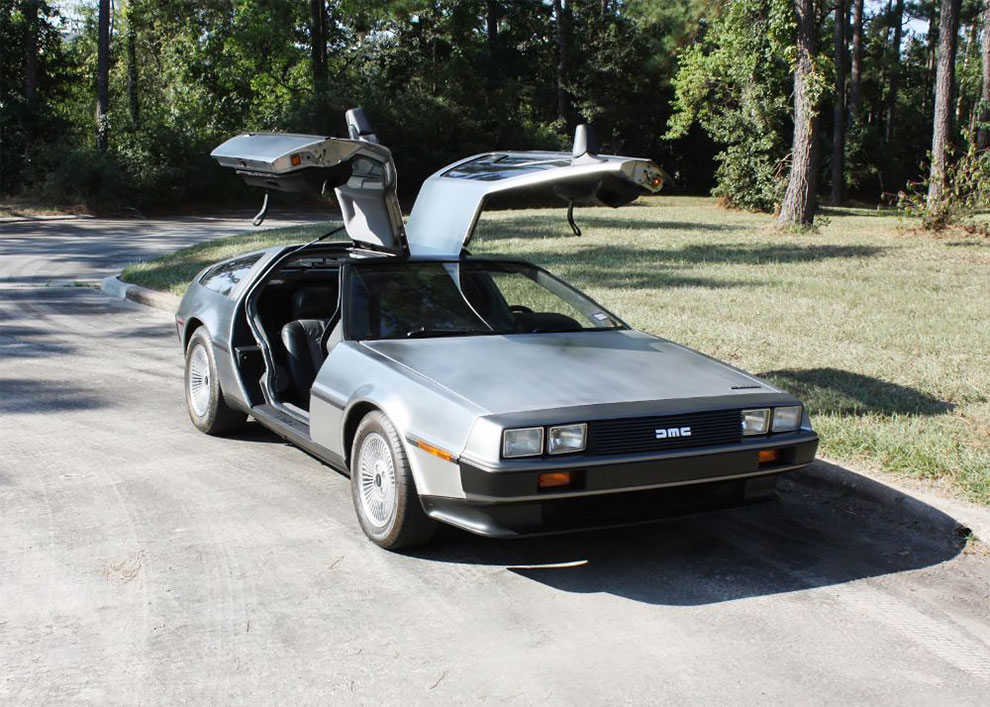 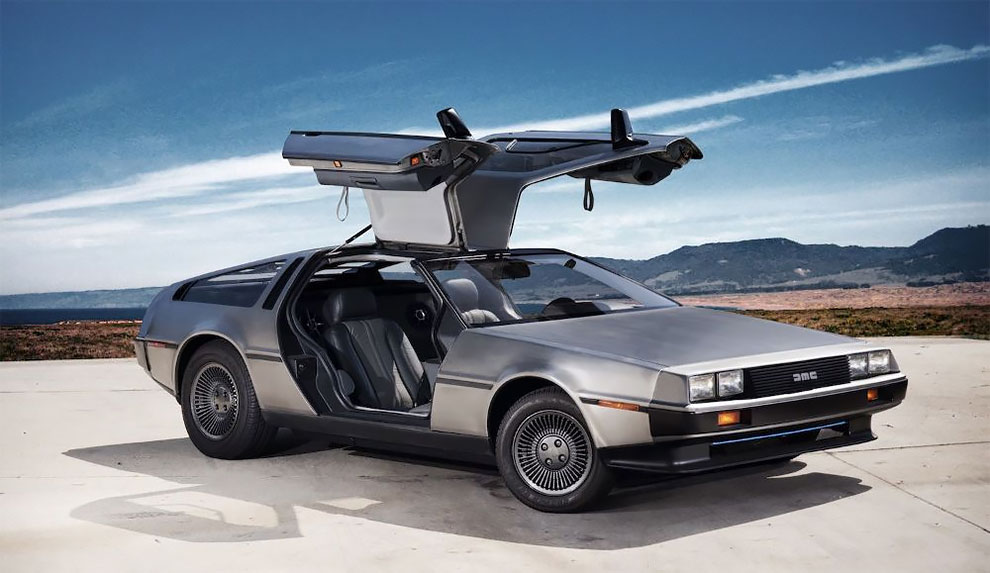 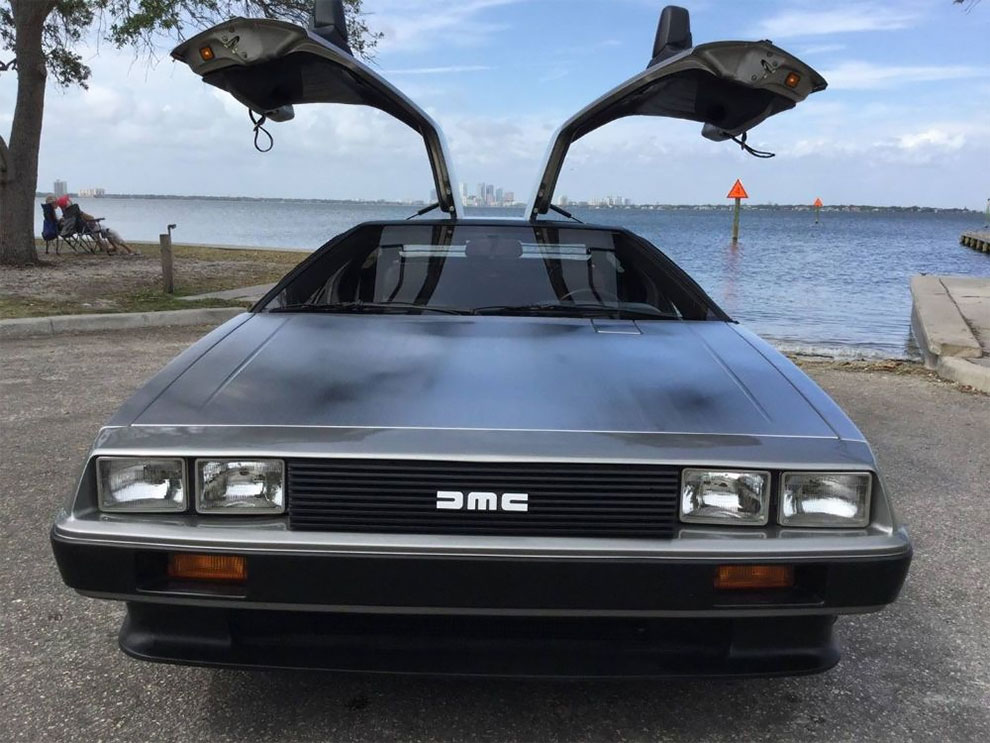 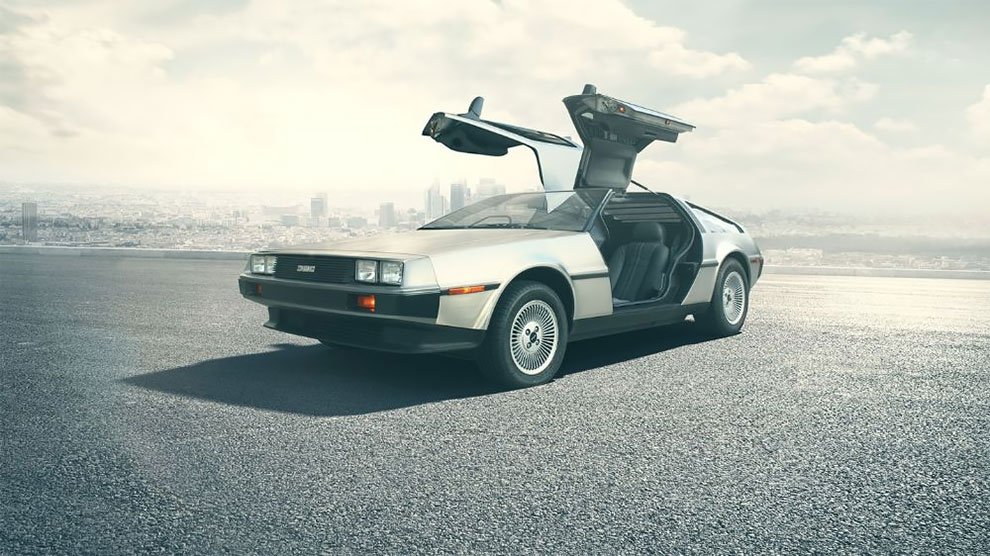 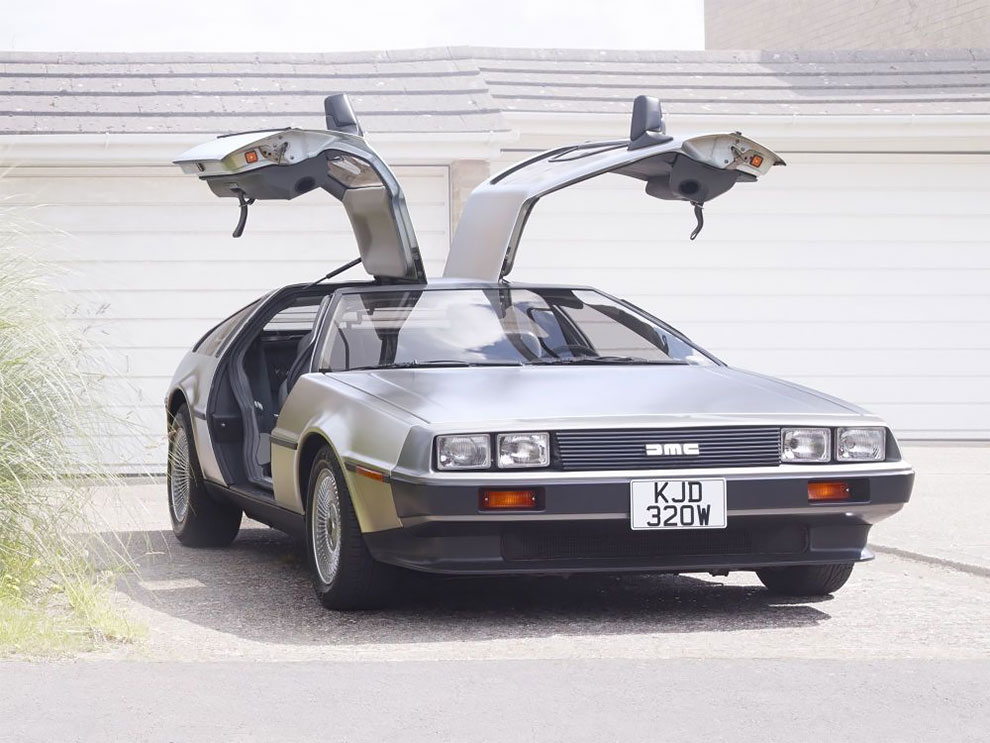 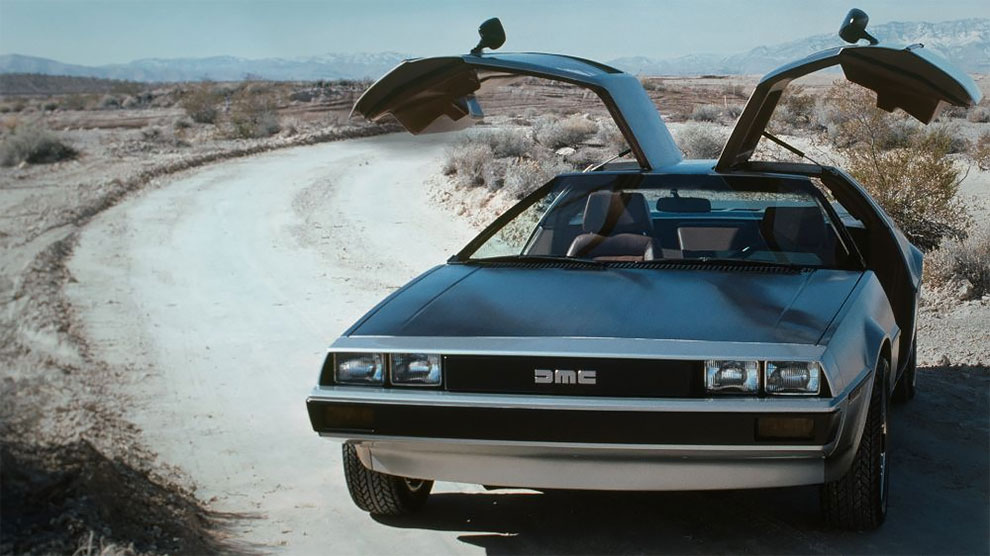 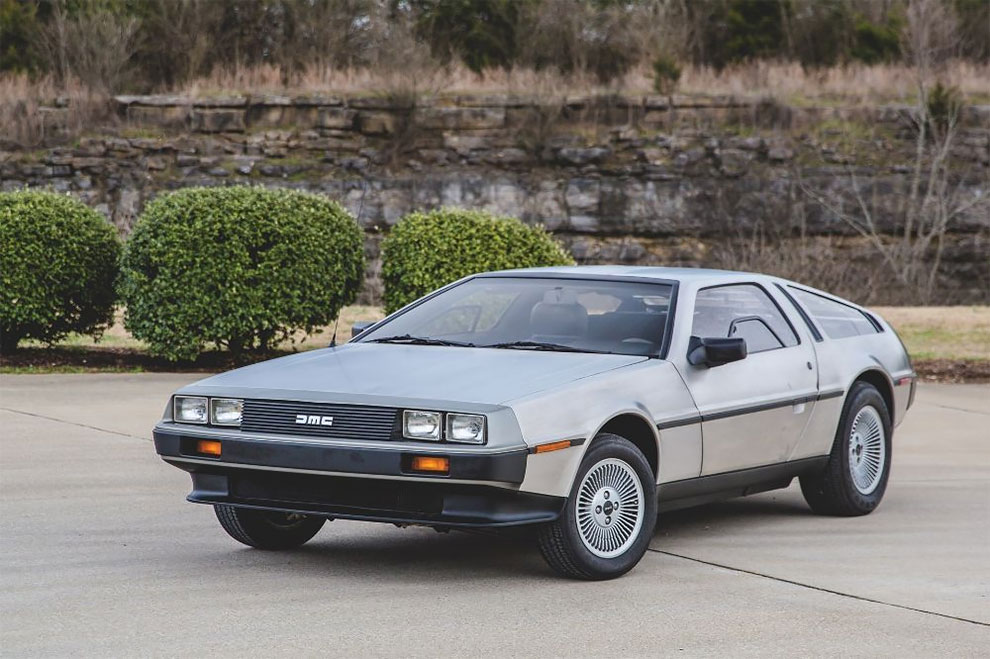 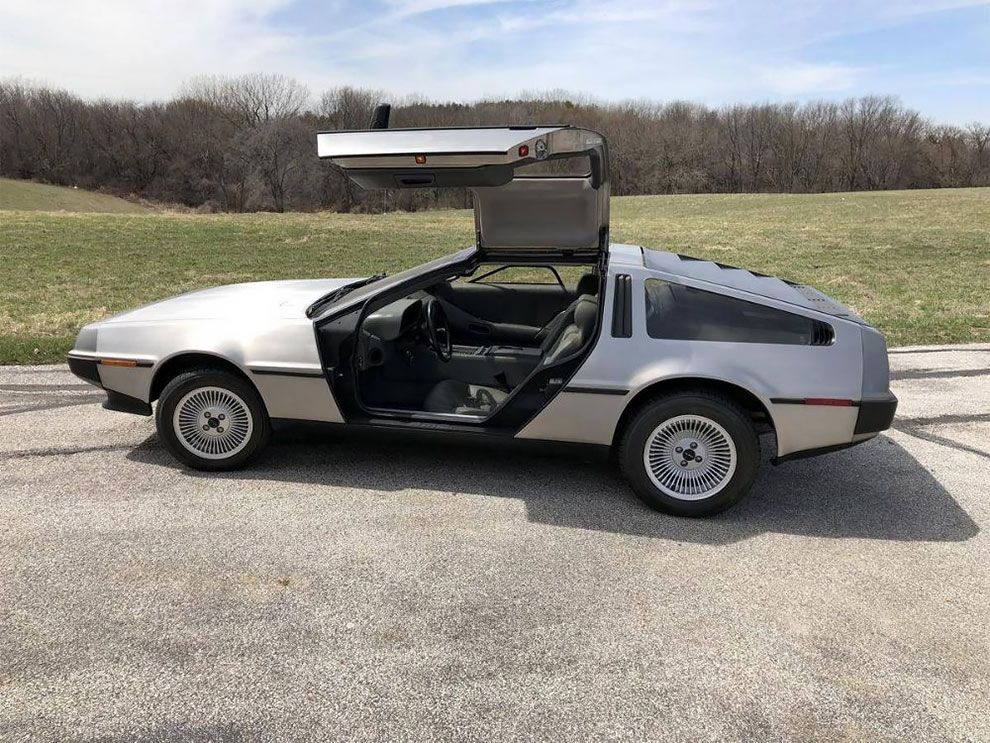 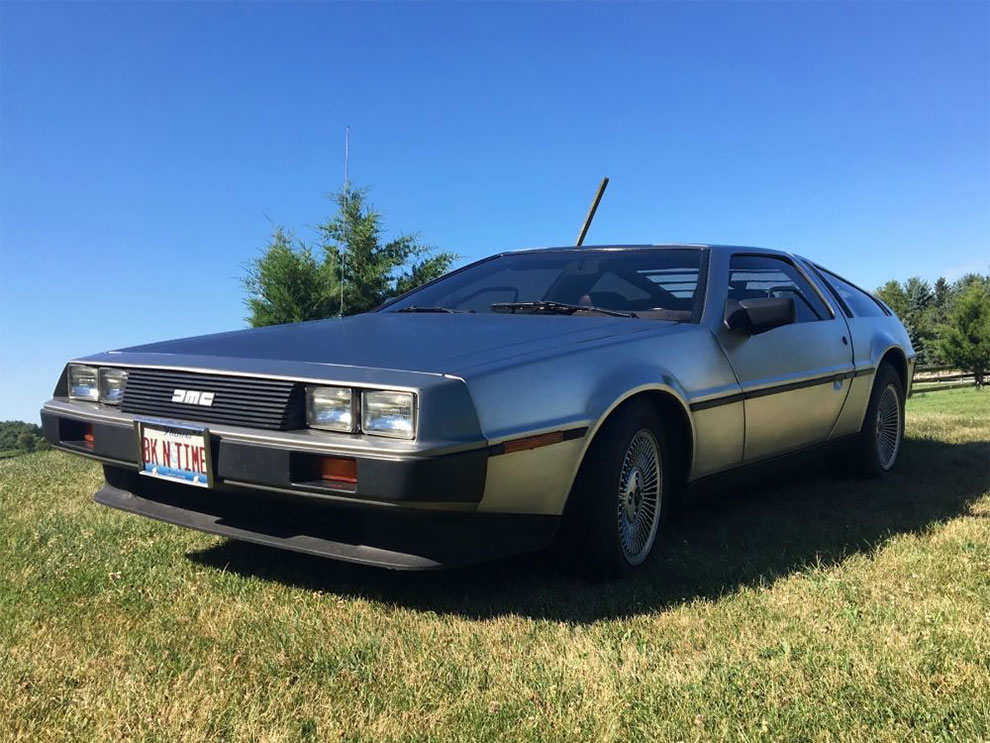 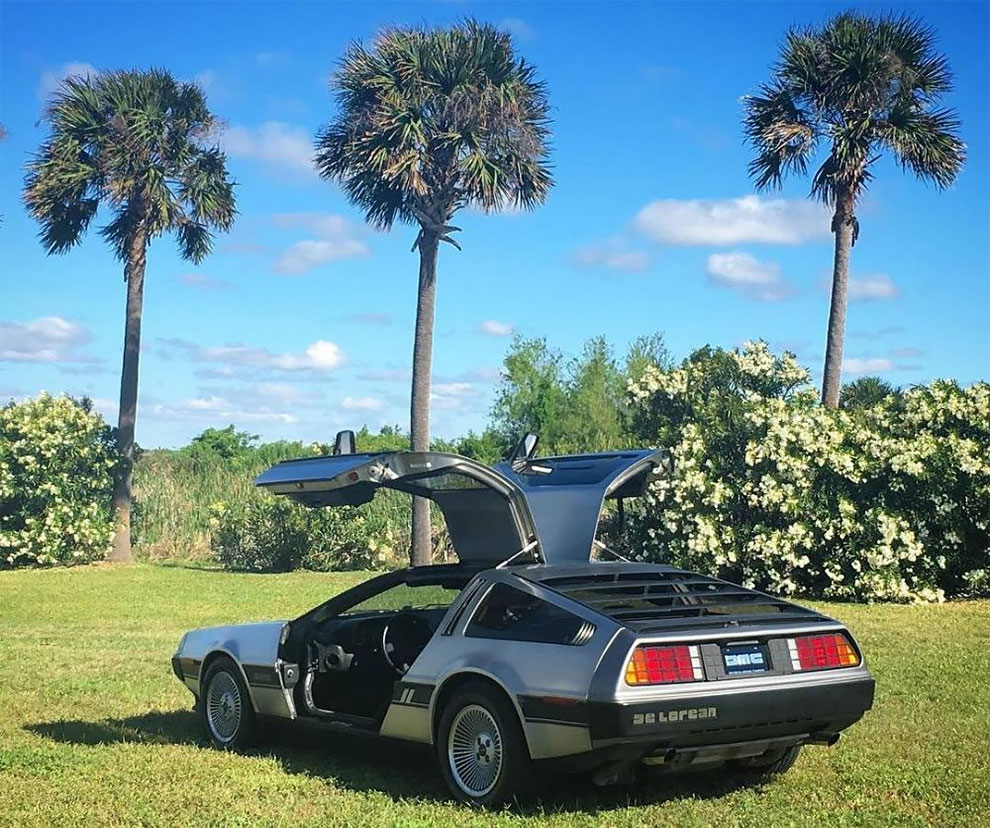 This Smart Bonsai Follows You Around, Quotes Goethe, In TDK’s Vision Of The Future
UVMask: Real-Time UV-C Filtration & Purification Face Mask That Filters Dust, Organisms, And Allergens As You Breathe
This Anesthesiologist Recreates Historical Clothes
Baby Car Seats From the Mid-20th Century Moms Wouldn't Buy Today
Zombies, Vampires, and Goblins-Jazzmen: The Macabre Undead Illustrated by Rob Bliss
A Teenager’s Photos of 1970s Brooklyn NYC: Led Zeppelin, The El, snow and All the President's Men
Private Companies have Liftoff
"The Paper Time Machine" Book Takes Historical Images And Imbues Them With Astonishing Color
Retro Photos Show the Inside of Offices in the 1970s and ’80s
How To Recognise Clouds – The International Cloud Atlas, 1896
This 4x4-Inspired Aquanaut Yacht Explores Deeper with Onboard Submarine
People Blend Themselves In With Vinyls
In 1908, a Doctor Used X-Rays to Highlight the Damaging Effects of Tight Corsets on a Woman’s Body
Glow-in-the-Dark Dress
World's First Smart Virtual Store Opens in Korea
When Paris Was Protected with Sandbags and Masking Tape, 1914-1918
Gorgeous Celestial Maps And Illustrations From A 19th Century American Atlas
Car Drivers Need To Beware Of The Barnacle
"Art of The Doodler": Fyodor Dostoevsky Draws In His Manuscripts
1969 Buick Century Cruiser: The Concept Car That Believed You Only Live Twice
Swedish Designer Transforms Retro-Styled Household Appliances Into Series Of Cross-Stitch Art
Stunning Pneumatic Wings That Actually Open And Close
If Modern Movies Would’ve Been Released On VHS Cassette
Monster Crane Collapses at National Cathedral
Back To The Future, cars, delorean, dmc, movies, retro