I don’t know about you, but nothing warms my heart more than the sight of a photograph of kid at a personal computer in the 1980s. A pleasant whiff of nostalgia mixed with interesting paleo-technology, makes for a great image. Let’s have a look at a handful of images of kids and families as history was being made: when computers first entered our schools and homes… 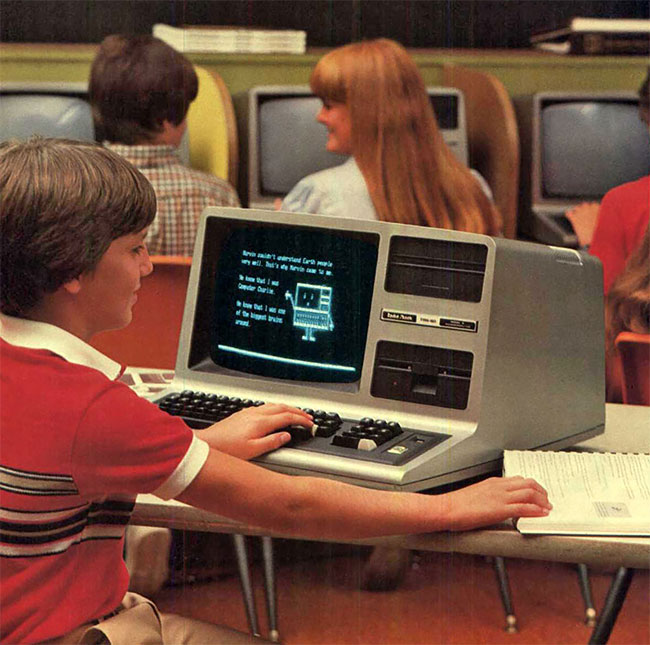 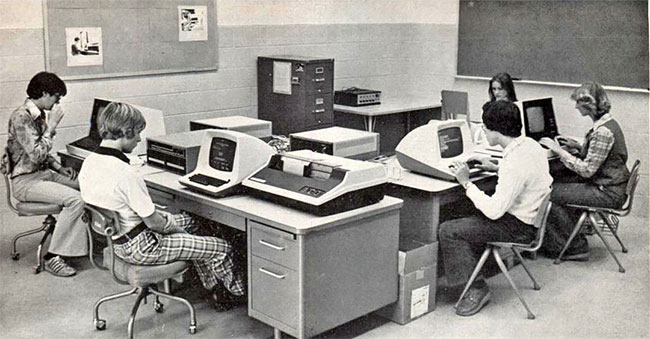 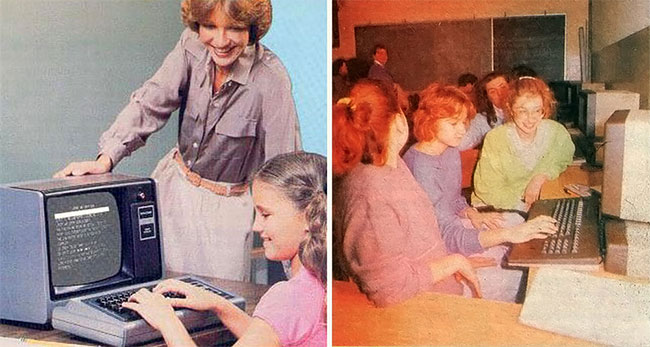 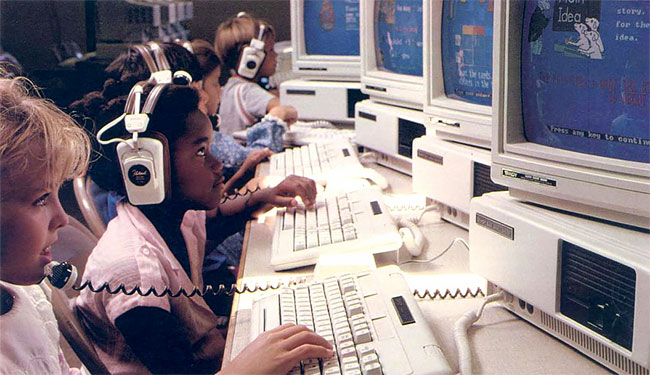 1987 Teenagers who could really have used wireless keyboards. 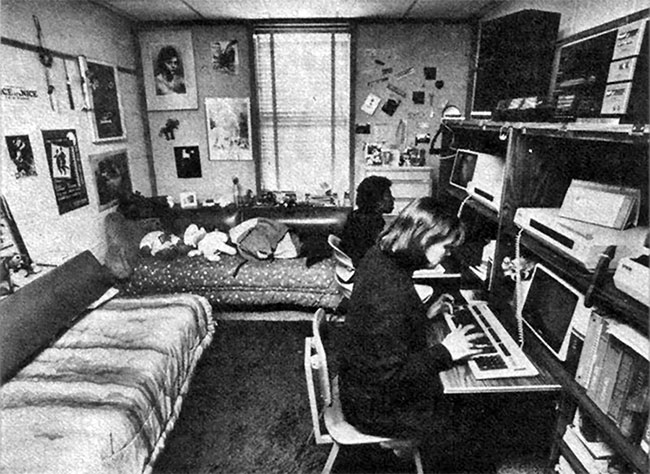 I can’t quite tell what this boy is doing on the computer – I just know he’s loving every minute of it. 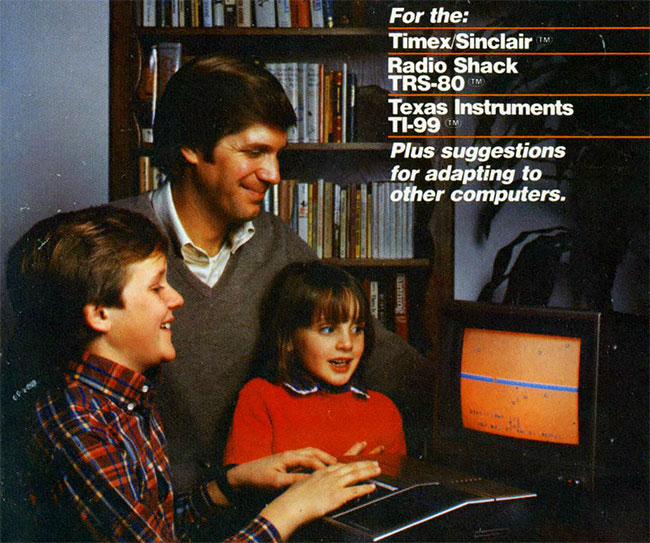 (L) From the cover of the Apple II reference manual, (R) This kid is “EXCITED!” by his school’s new TRS-80. 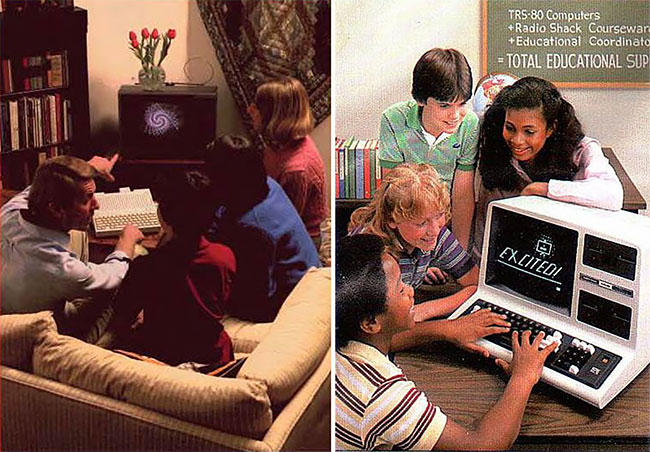 From the 1983 book: How to Feel at Home with a Home Computer. 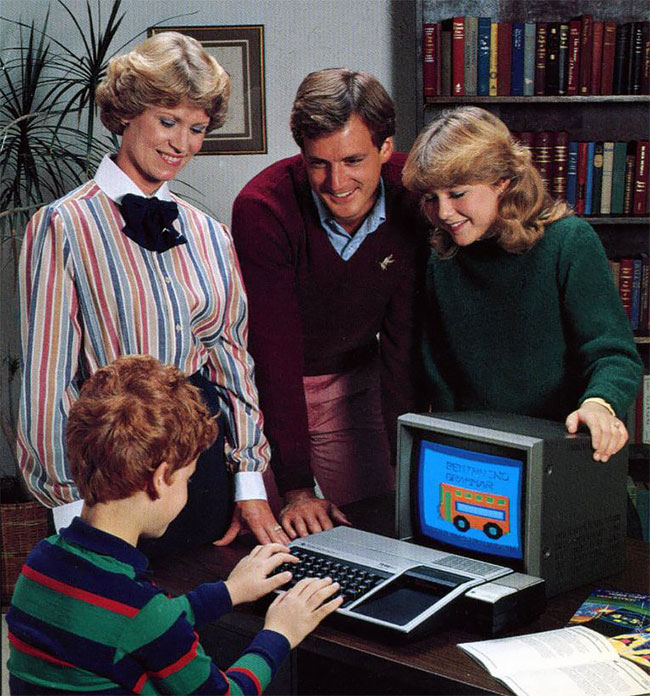 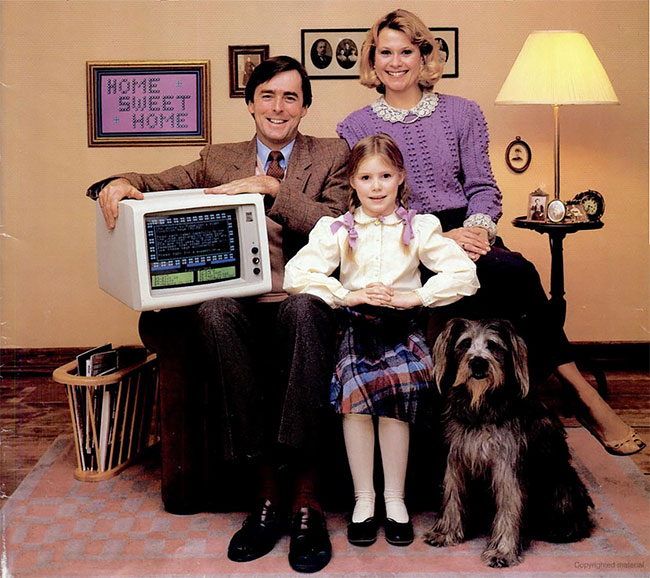 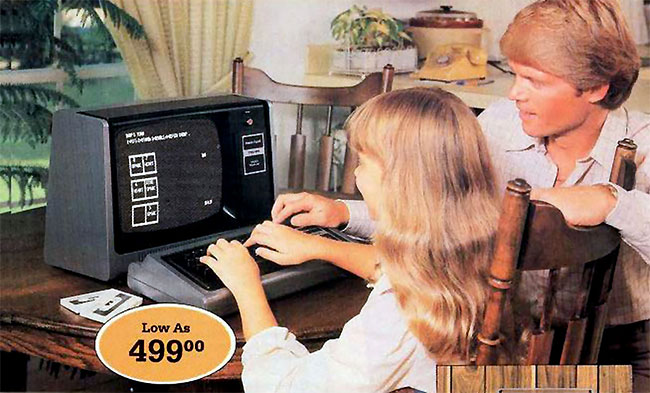 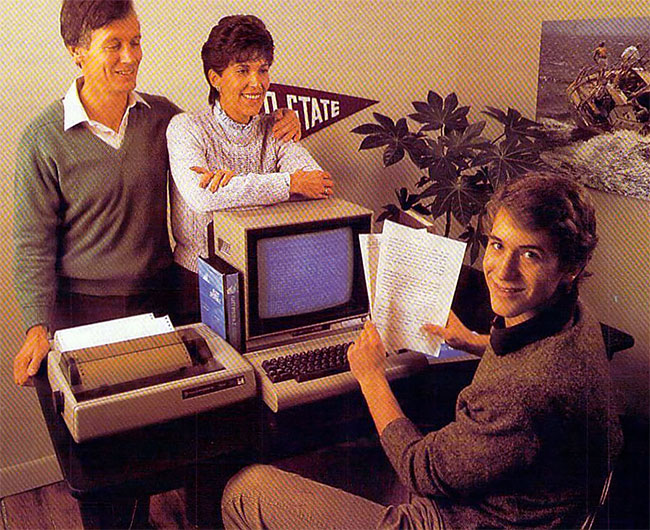 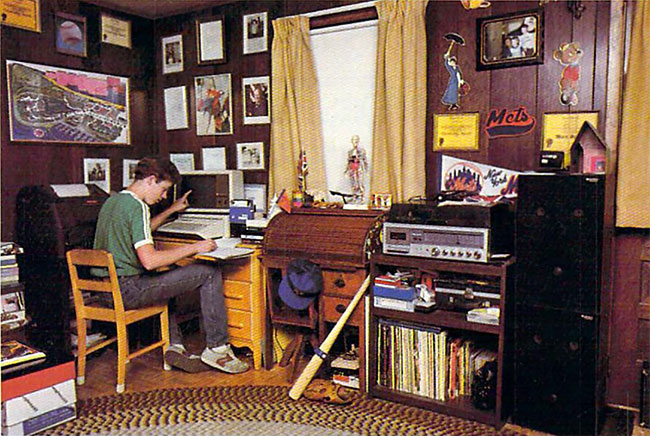 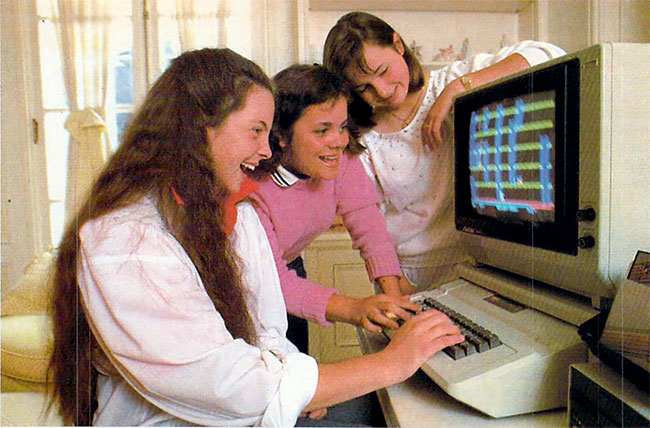 From the cover of Kilobaud Microcomputing magazine, June 1980. 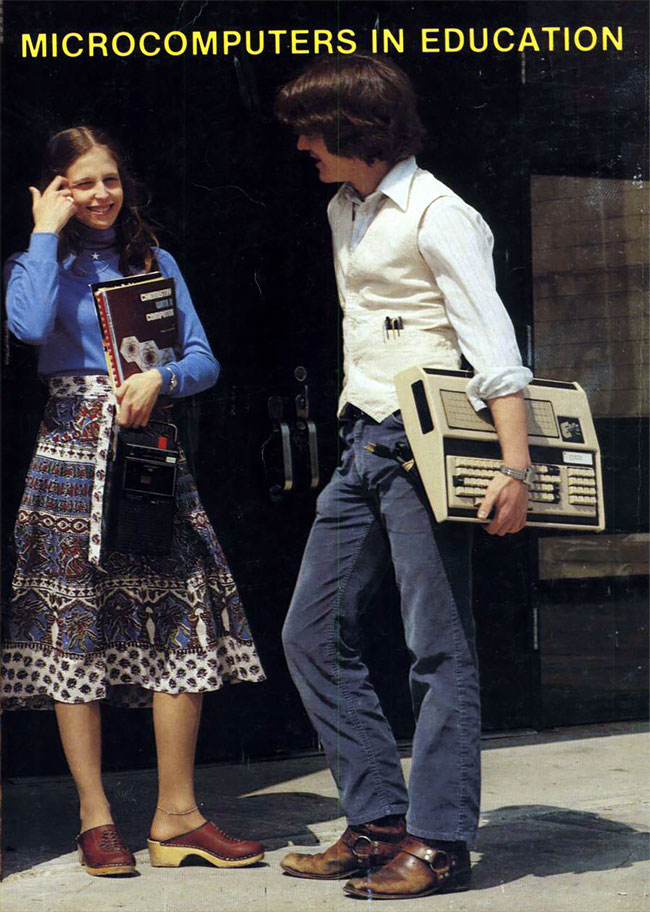 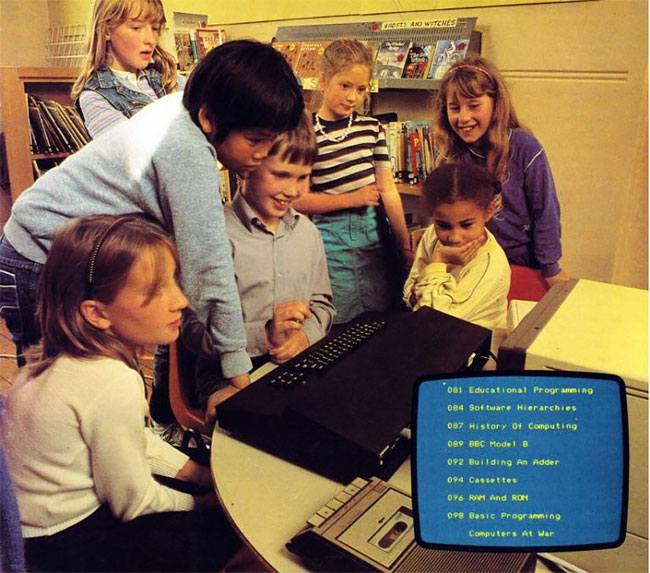 From the book, Living with Computers by Patrick G. Mckeown. 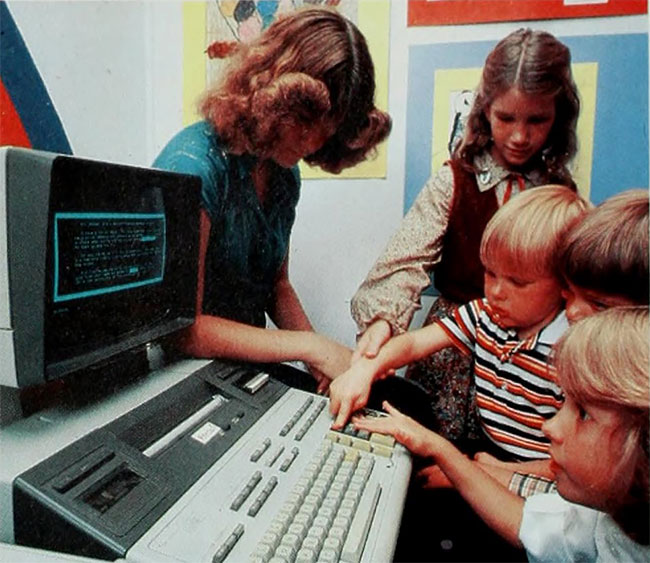 From the cover of Creative Computing magazine, March 1980. 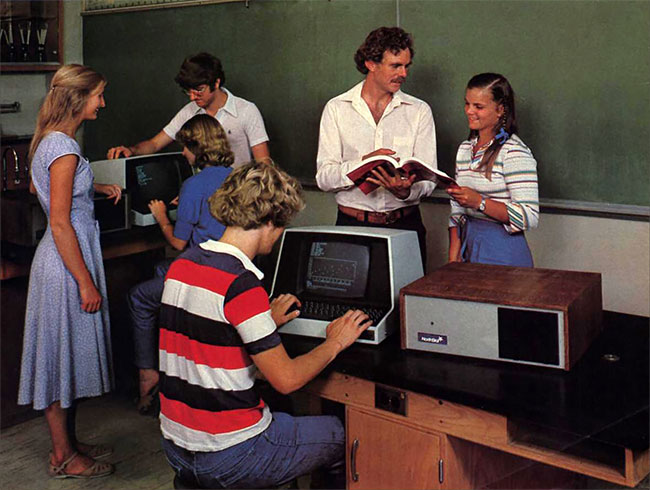 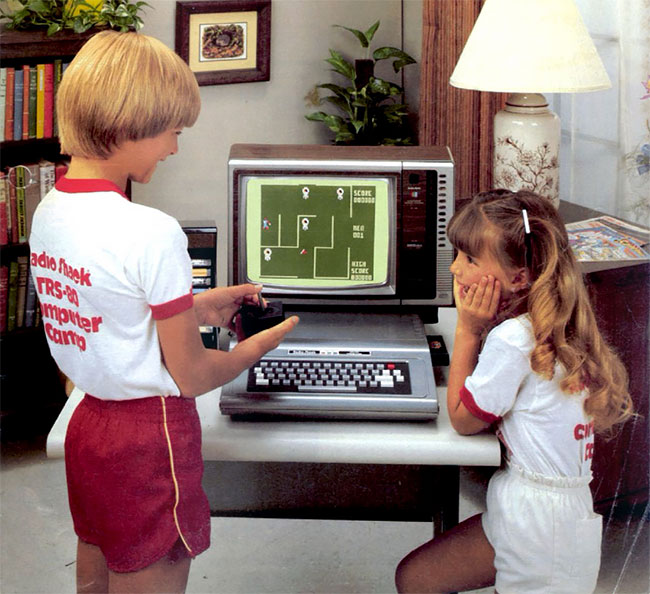 Detail from a 1985 Datasouth advertisement. 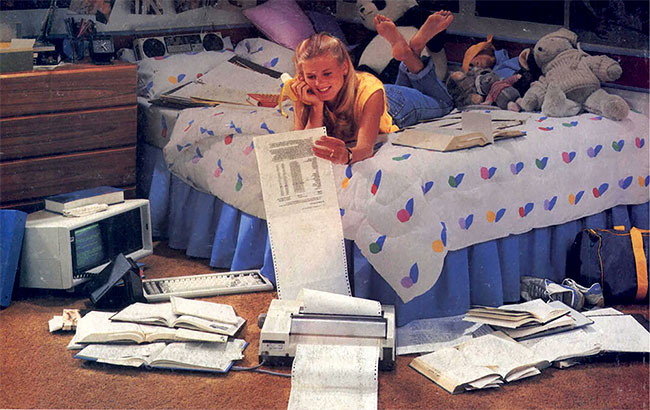 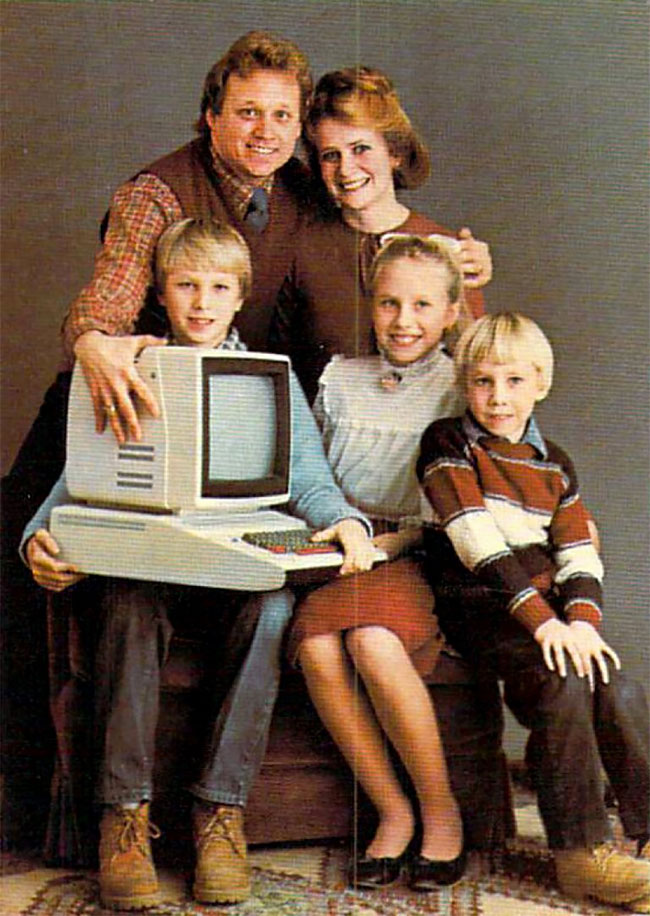 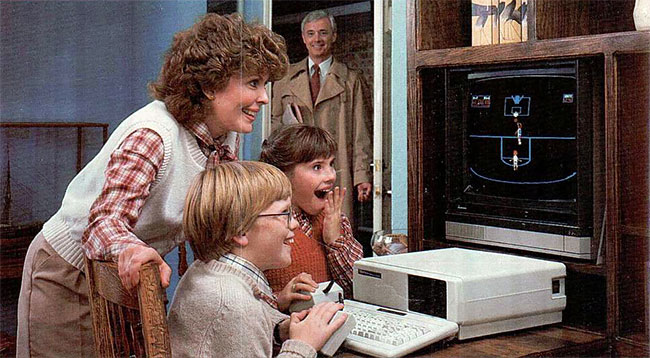 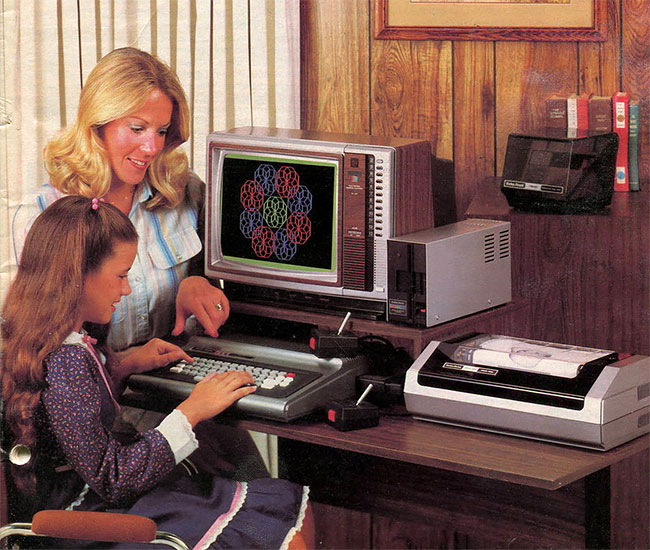 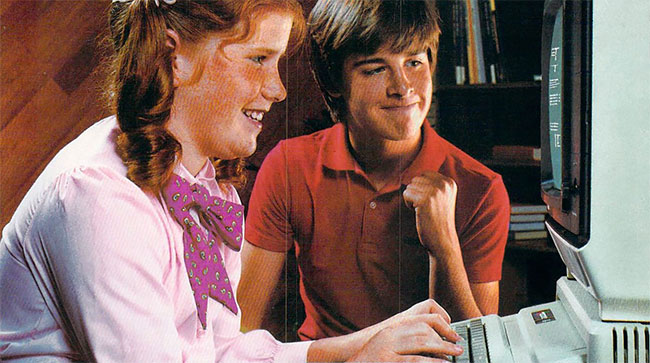 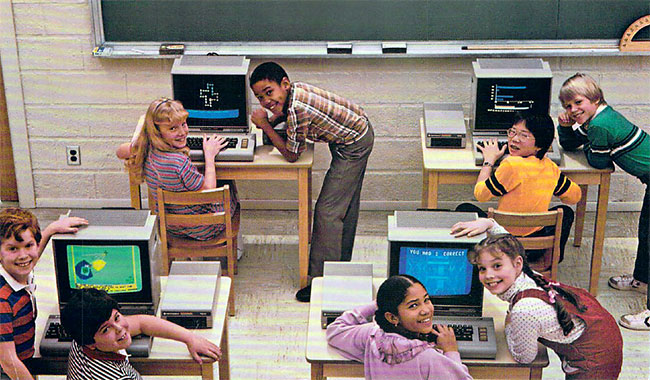 Programmer Recreates Classic Artwork With Thread And A Mathematic Algorithm
The Russians Make The Best Truck In The Universe For $50K
Wonderful Photos of London’s Tube Riders From the 1960s to 1980s
Collar AG - A Wearable Device For Surveillance By XCEED
$4 600 000 For Your Very Own Floating Island
Motorcycle Hybrid Designed As A Survival Bike That Can Travel 300 Miles Without Refueling
"Face Values": The Surreal and Disturbing Collage Portraits of John Stezaker
The Proliferation Of Nostalgia-Inducing LEGO Sets Indicates That They're Far More Than Just A Child's Toy
Indonesian Man Creates a ‘Bionic Arm’ from Scrap Metal
Y40 Deep Joy – the World's Deepest Pool
2007 ‒ 2022 by Design You Trust. Proudly hosted by WebHostingBuzz.
Privacy Policy · Terms of Service · Content Removal Policy ❤️ 🇺🇦