The Rooks Have Come Back, 1871 by Aleksey Savrasov 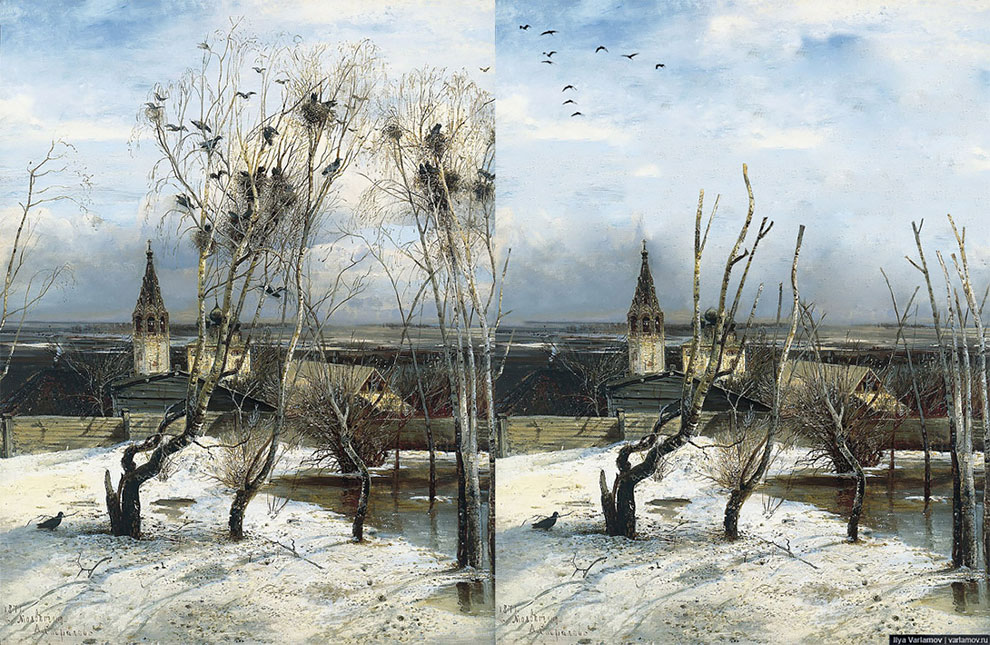 Did you know that trees in Russian cities are being destroyed in massive numbers? They do it under the “tree sanitation pruning excuse”, but in fact, it’s nothing but barbarism. Poorly educated and incompetent officials simply destroy nature in cities, and there’s not any logical explanation for such actions. Let us now see how the country painted by famous Russian artists would look after “sanitation pruning of trees”. 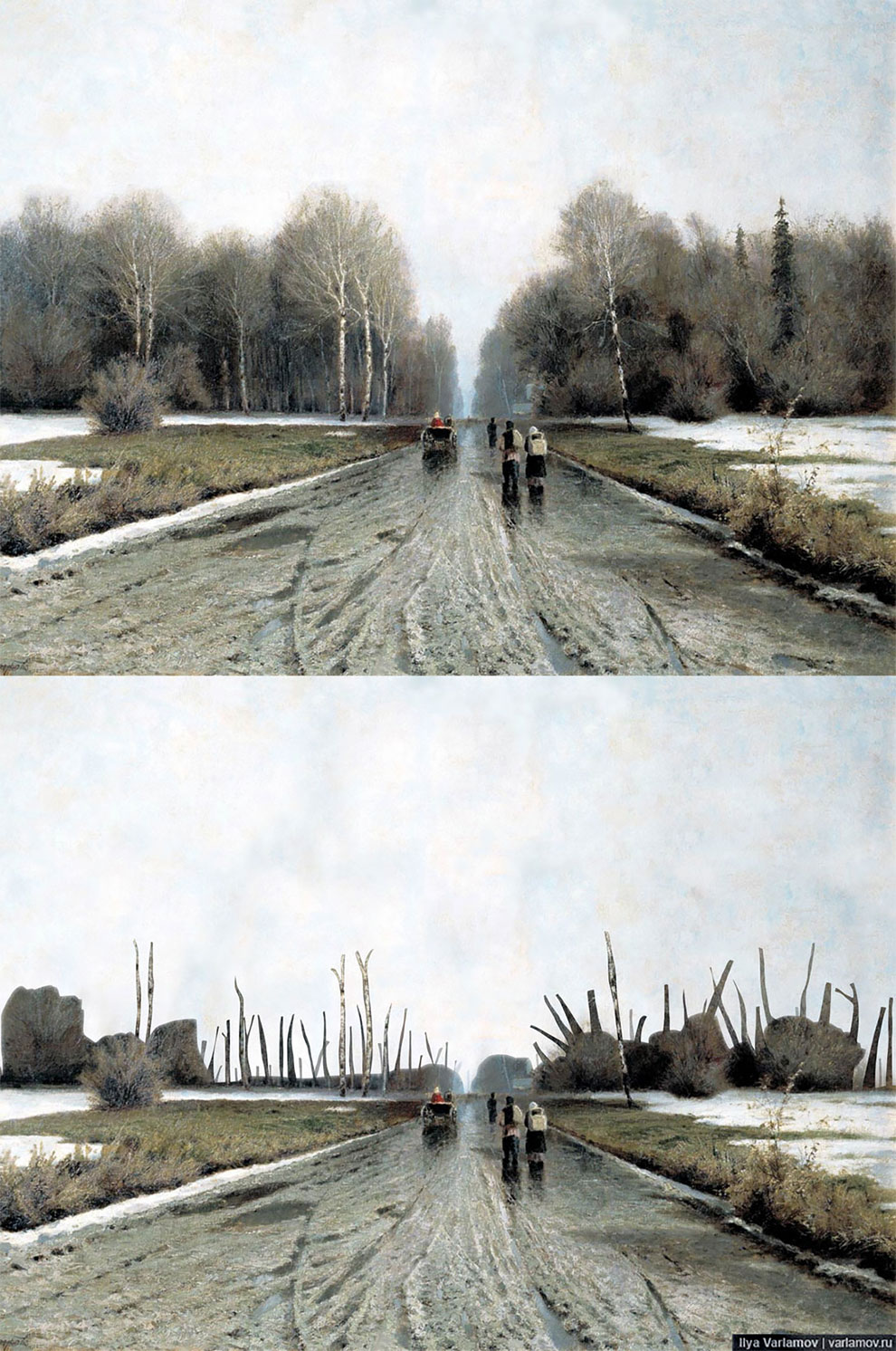 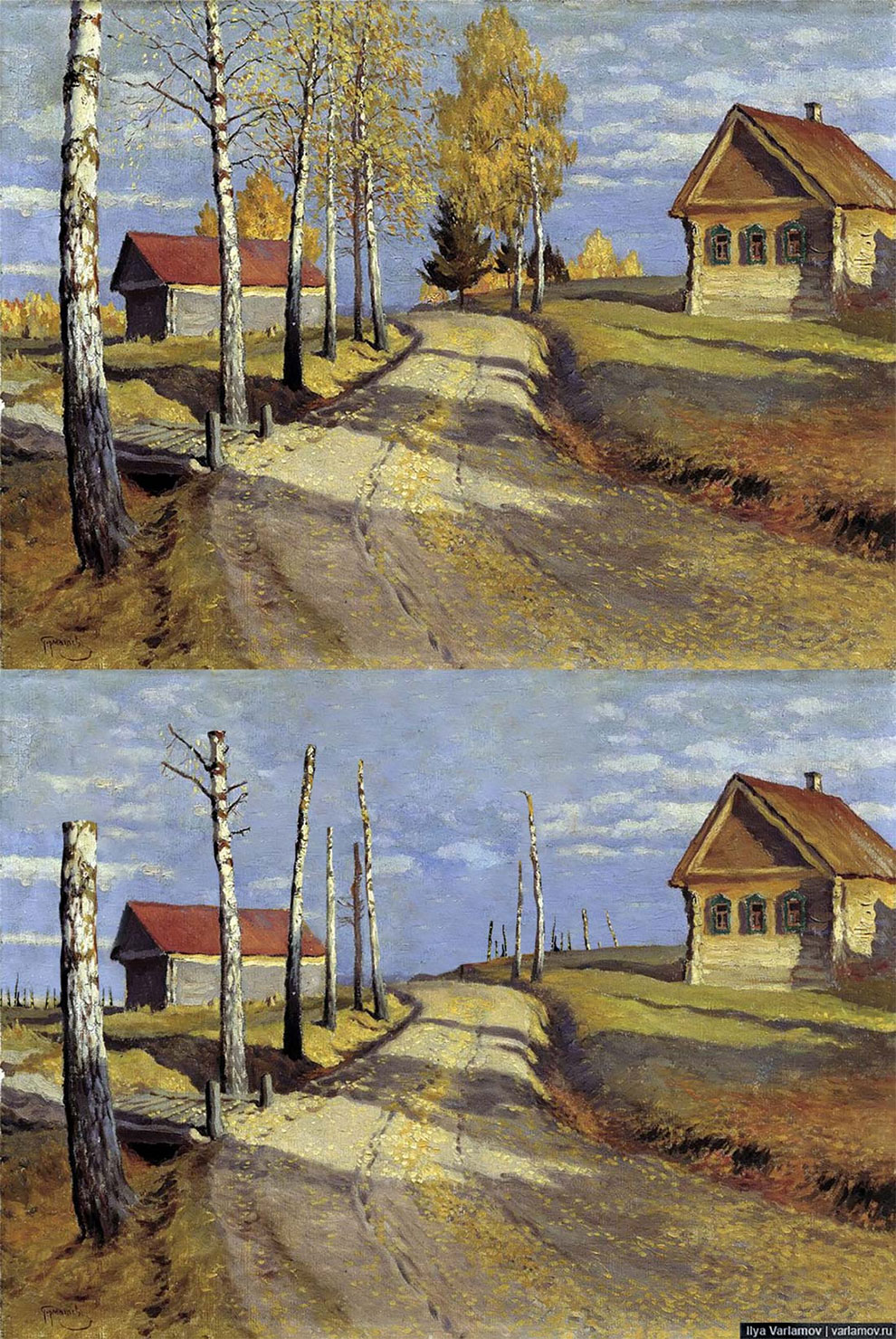 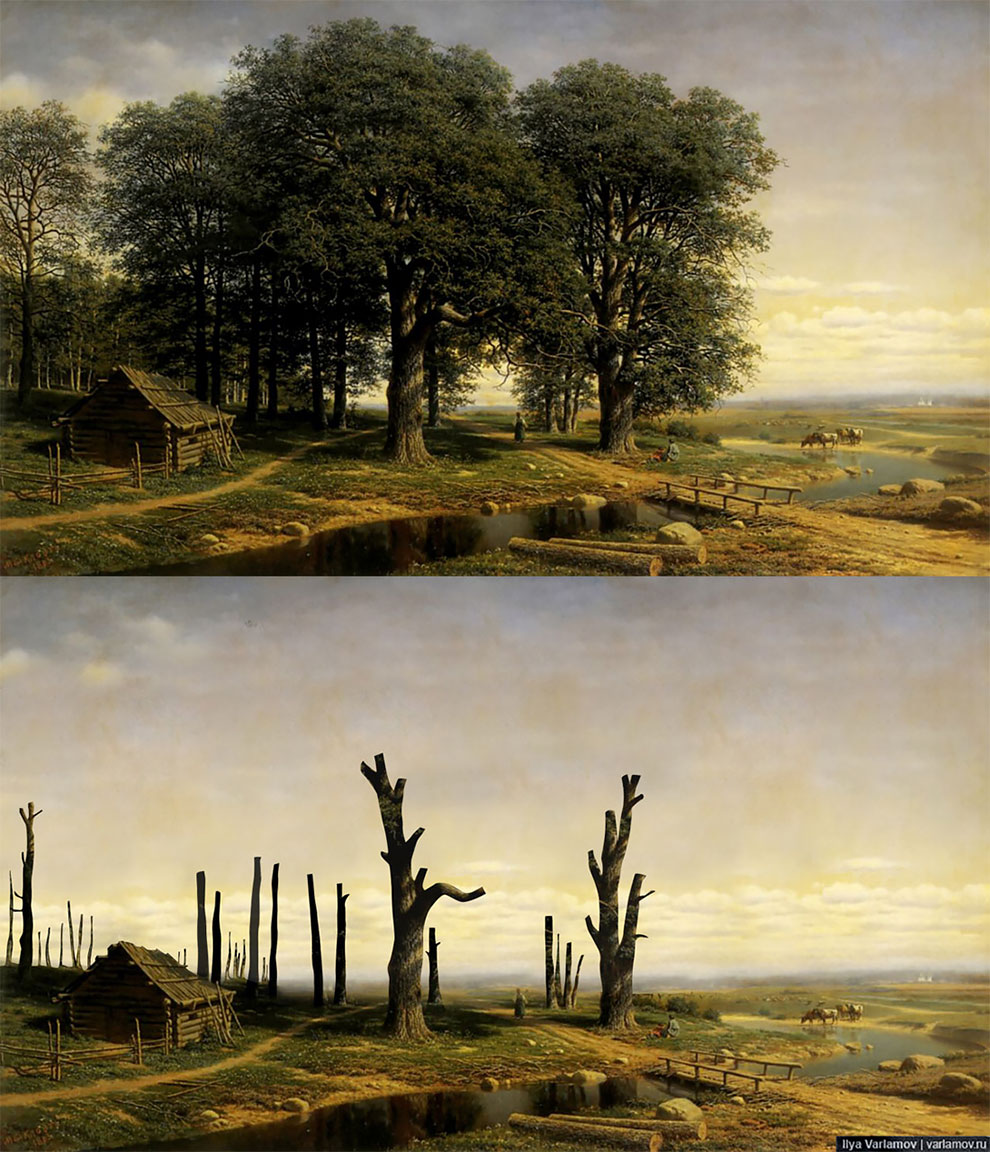 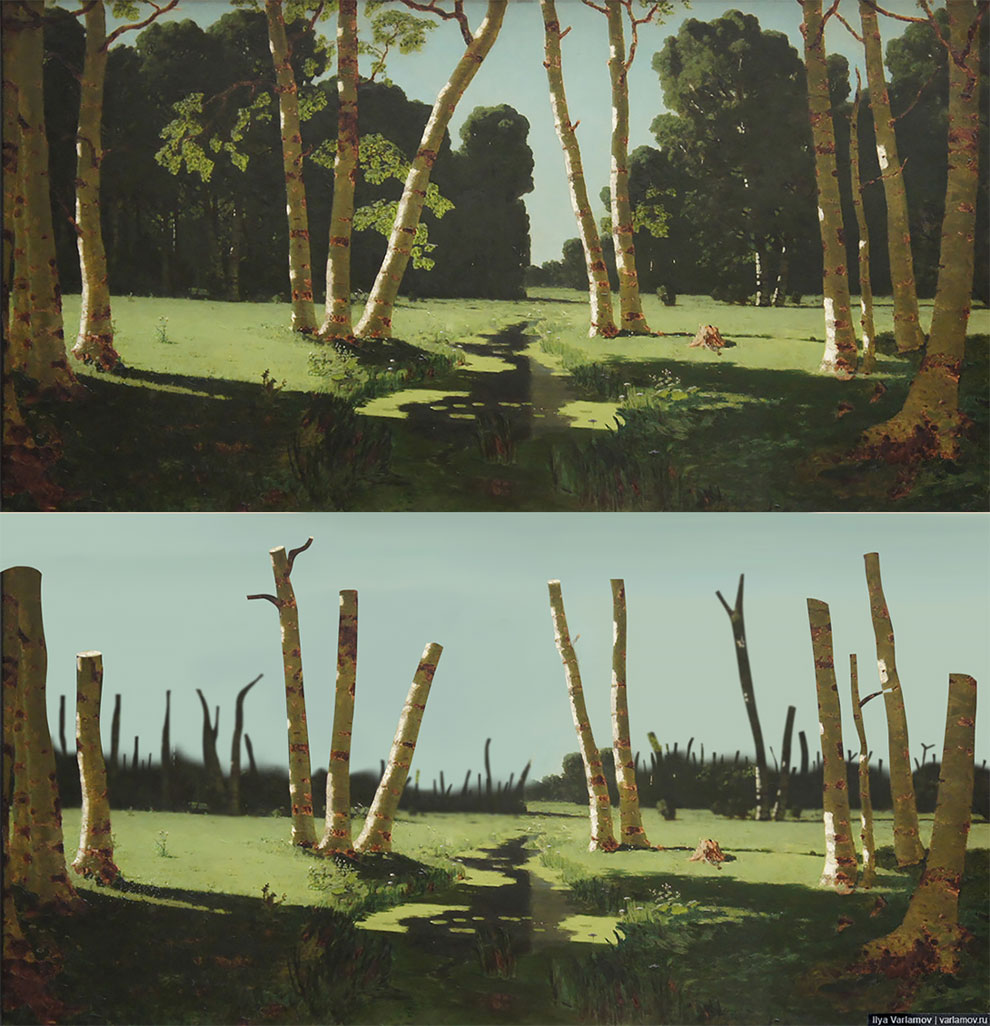 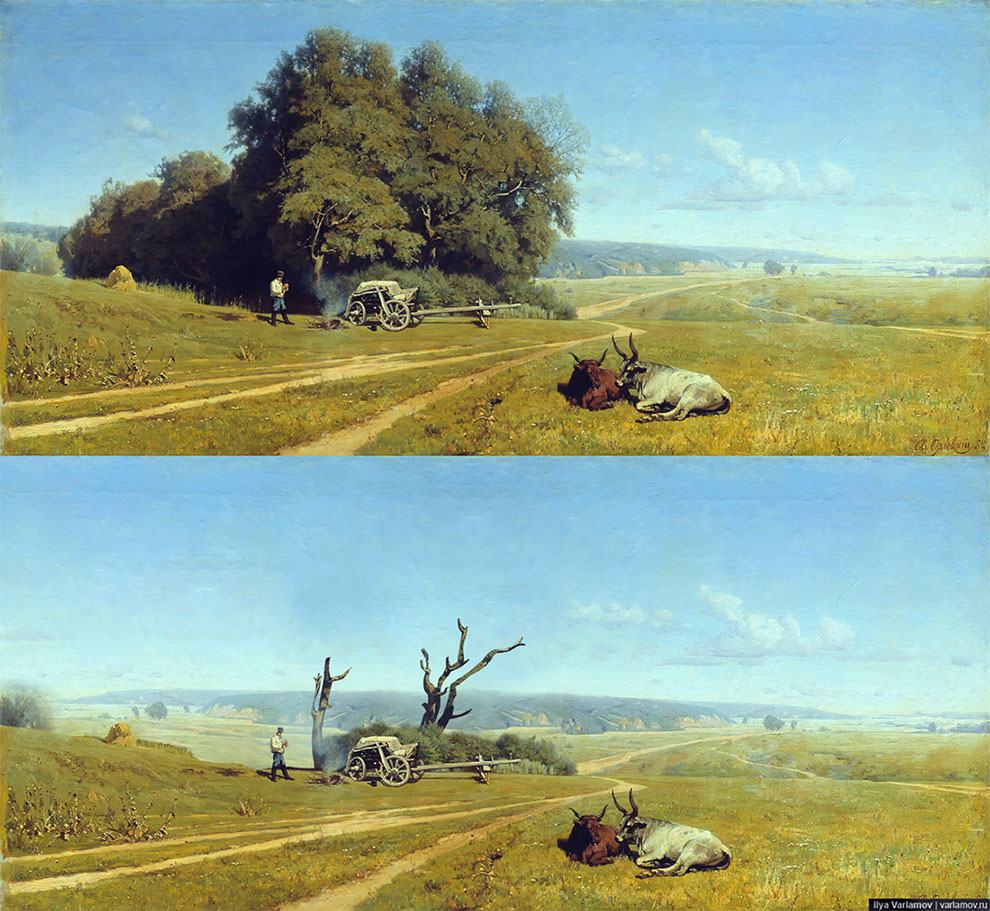 Ivan Shishkin, The forest in the evening, 1869 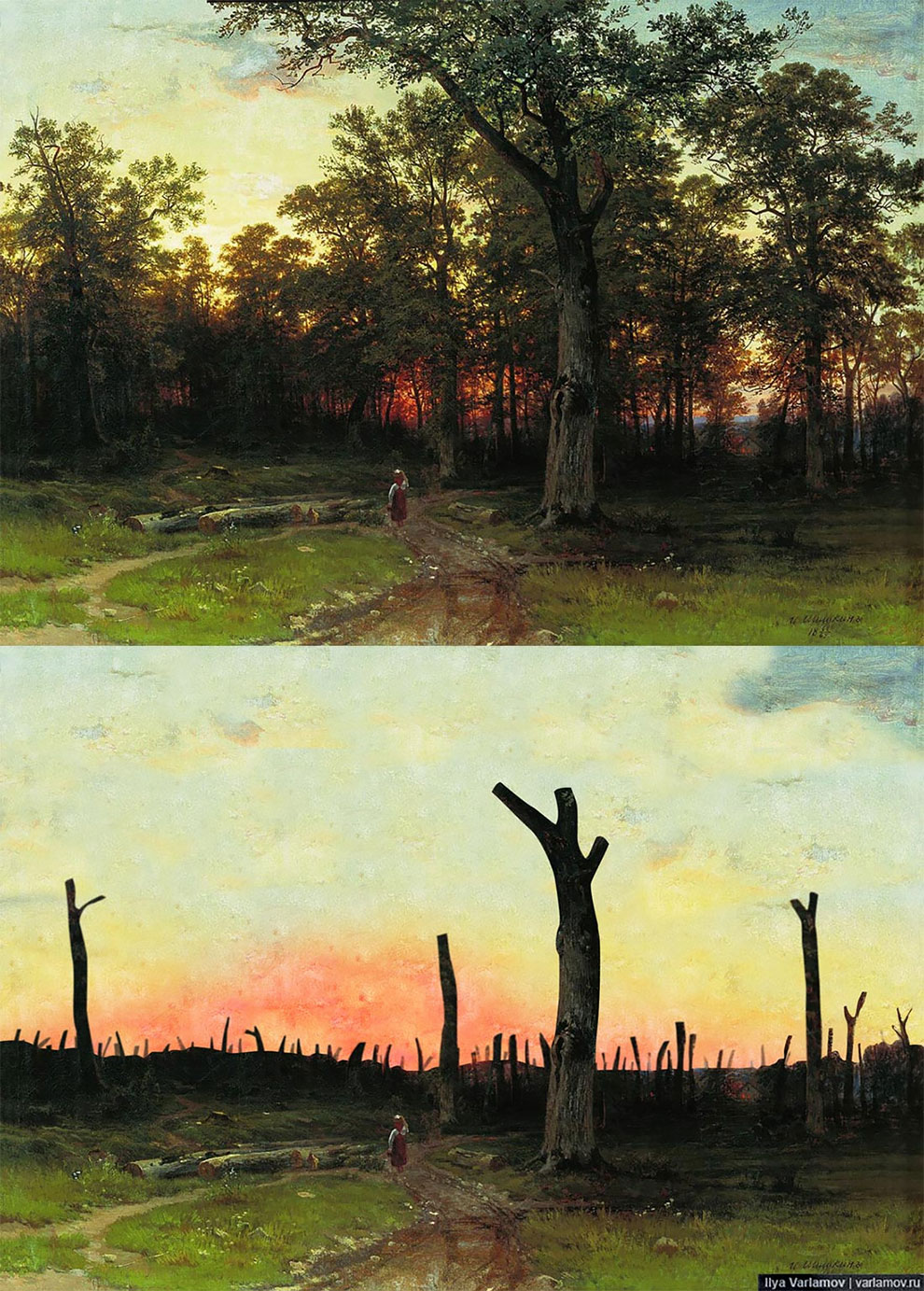 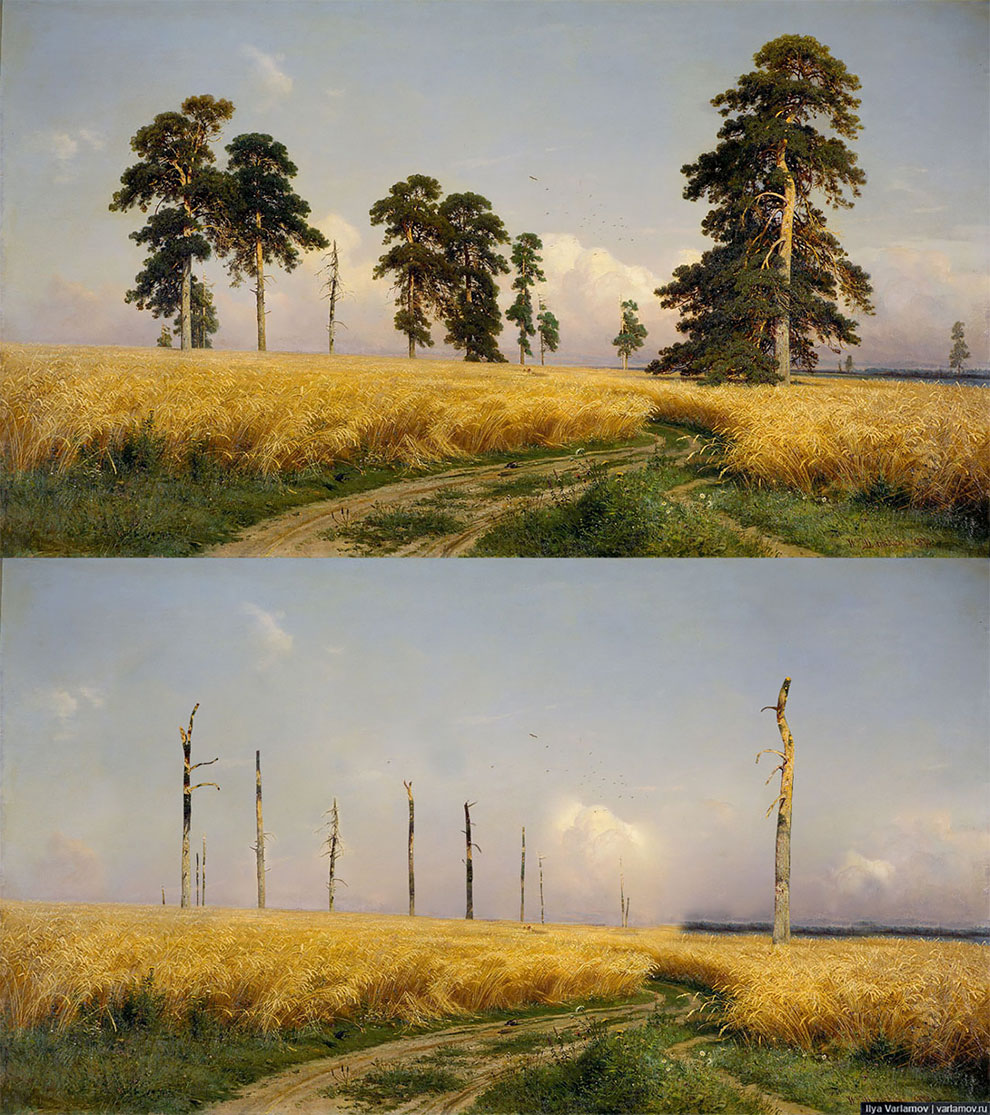 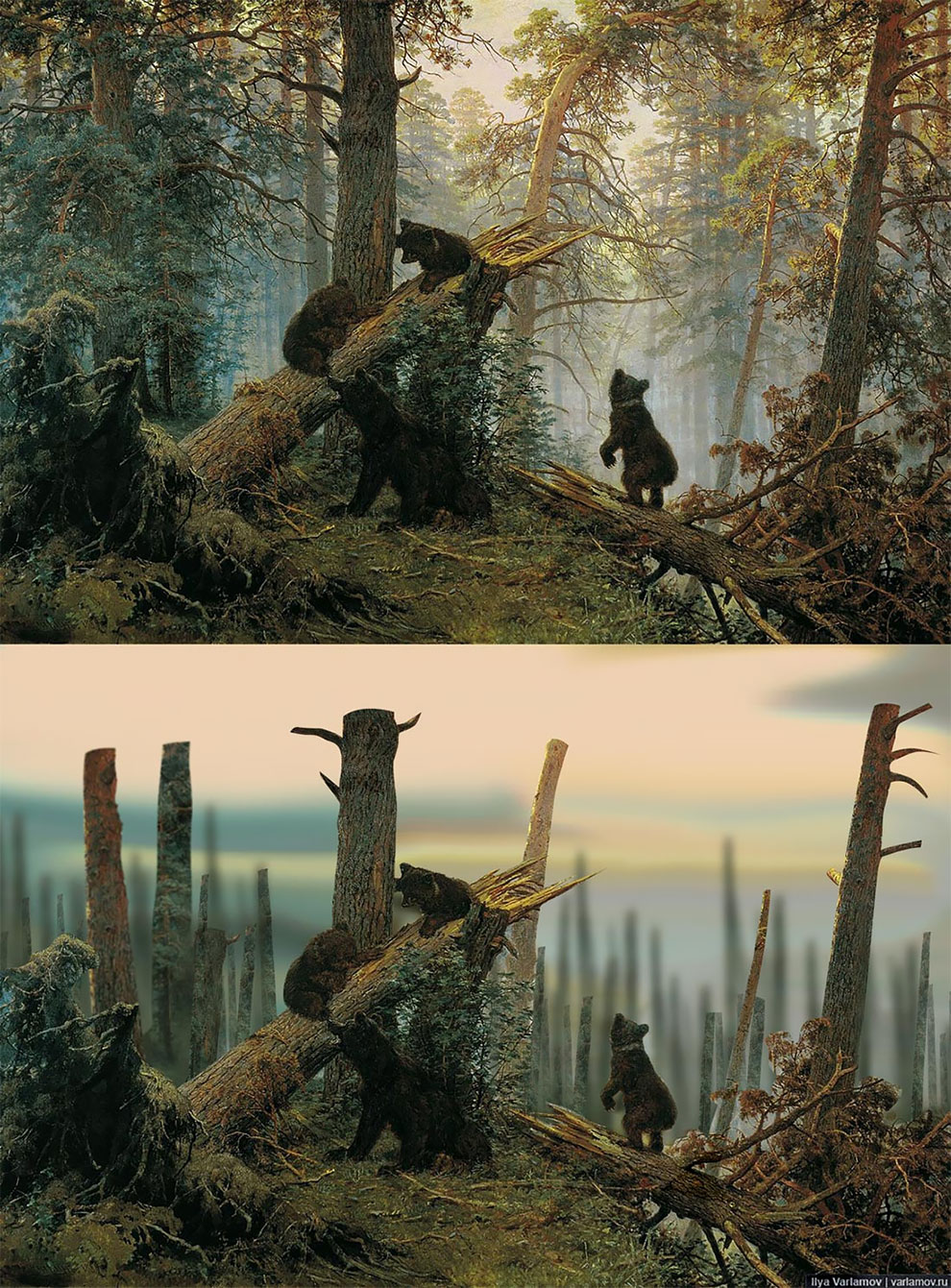 Efim Volkov, Landscape with a Pond, 1887 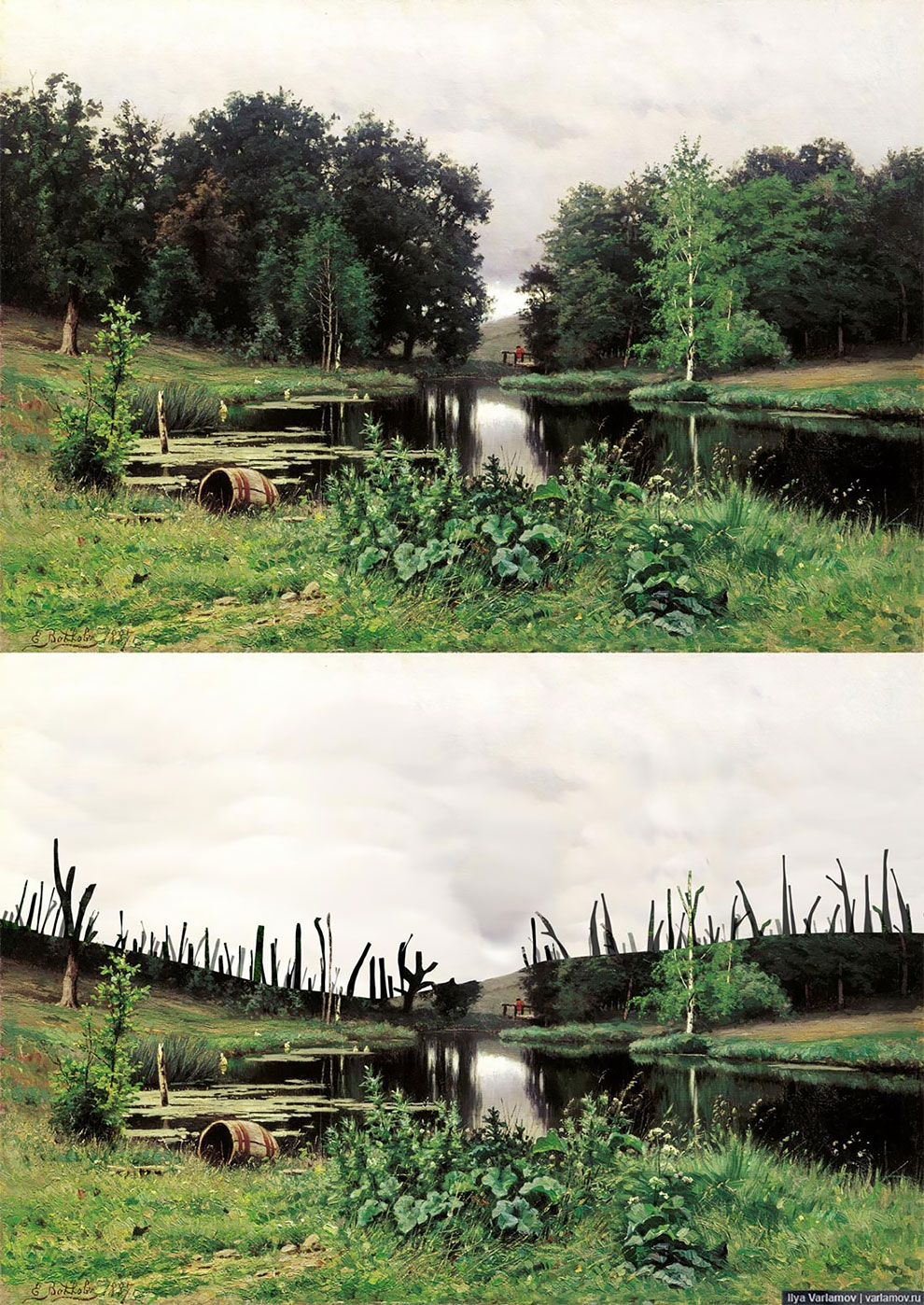