Hilarious Comics With Unexpected Endings By War And Peas 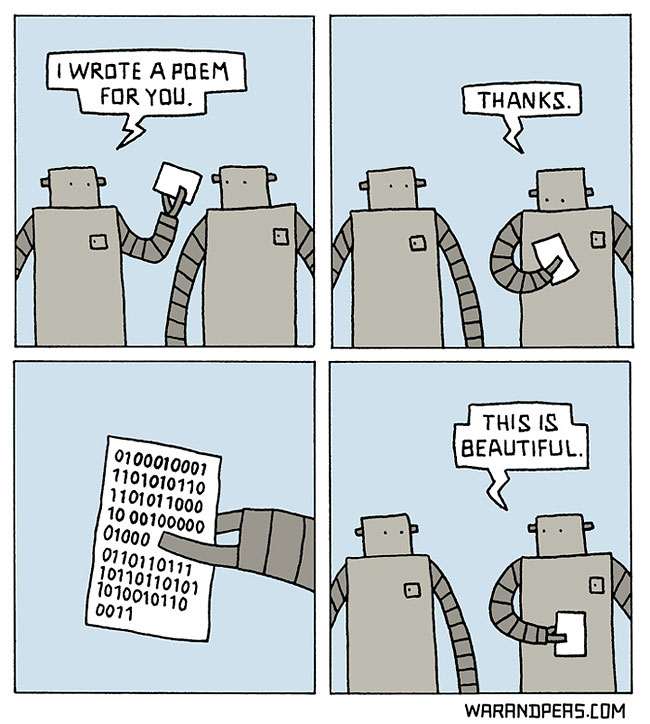 “War and Peas” is made by a two-headed squad hailing from the German-French border town Saarbrücken. Jonathan Kunz works as a lecturer at the local art school and Elizabeth Pich works as a freelance comic artist. Since 2011 they joined forces to publish comics together on the internet. Their comics often deal with unfulfilled desires and the tragedy of the modern human condition, featuring such characters as sassy robots, woeful ghosts, and highly-skilled dogs. 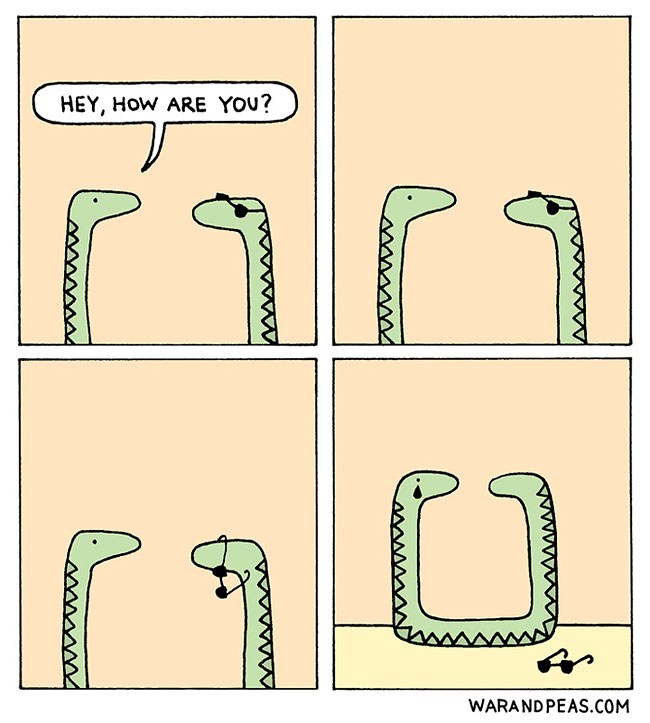 Their stories concentrate on observations of everyday life, with a pinch of black humour, often leading to a trenchant plot twist – and all in a four-panel-format. They encounter their characters with tenderness, at the same time focusing on their loneliness and hopeless inadequacy. Still highly underestimated in Germany, Pich and Kunz publish a new strip every week in a stoic calm, conquering the hearts of the international webcomic scene and making “War and Peas” to one of the most exciting and funniest webcomics in the world. 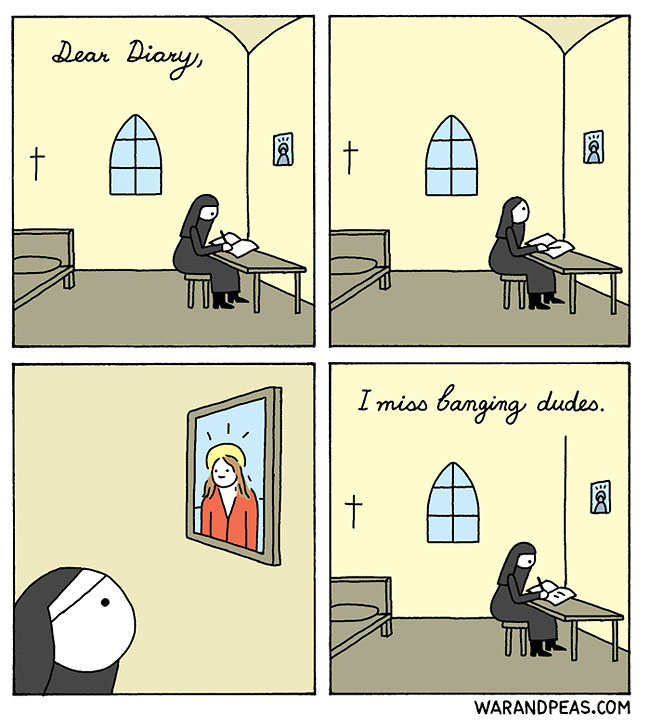 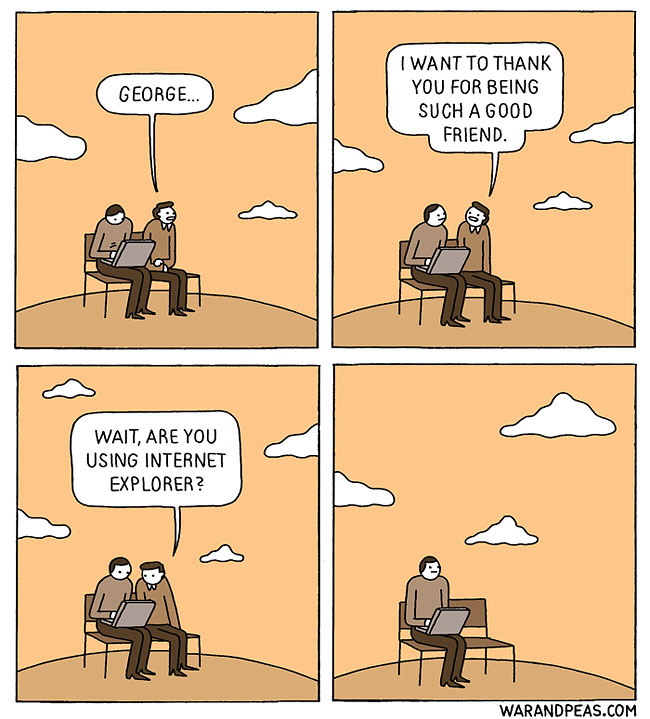 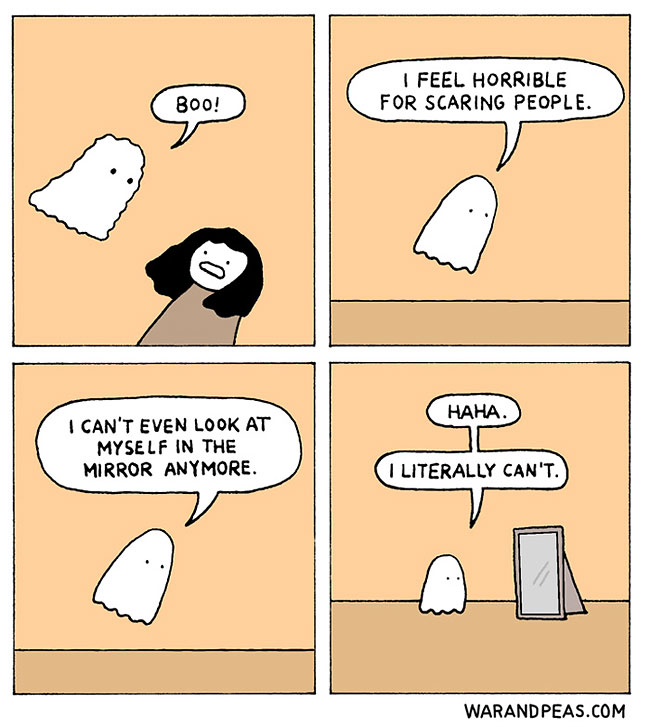 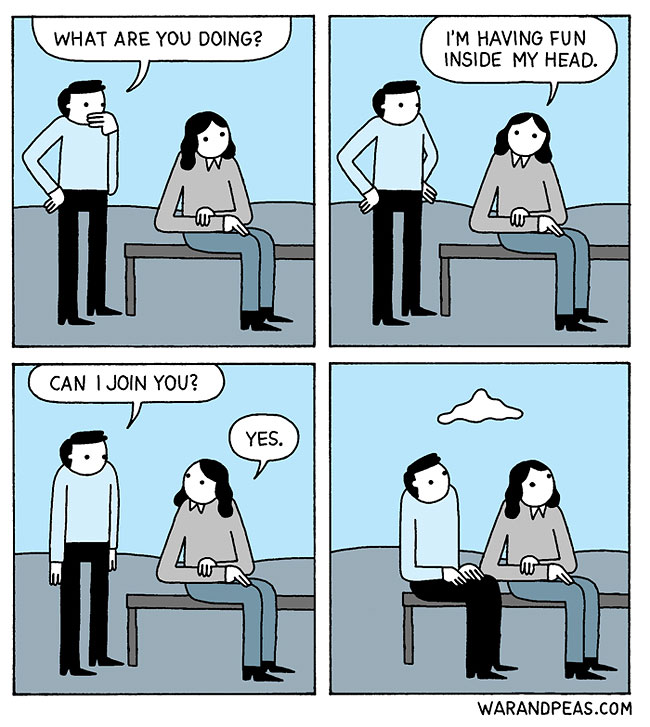 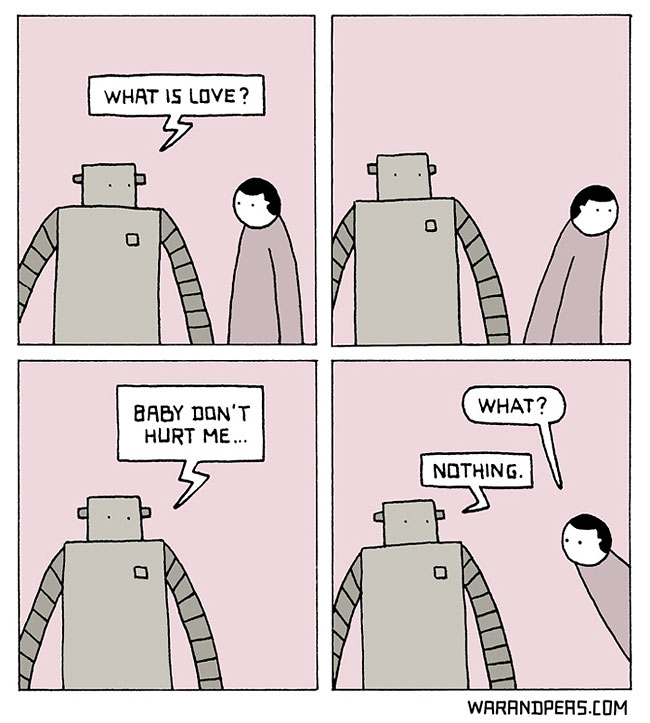 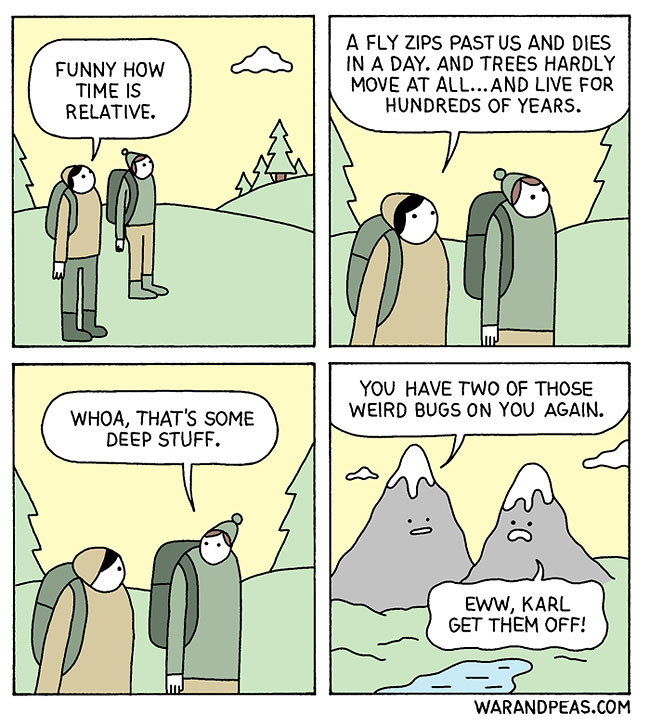 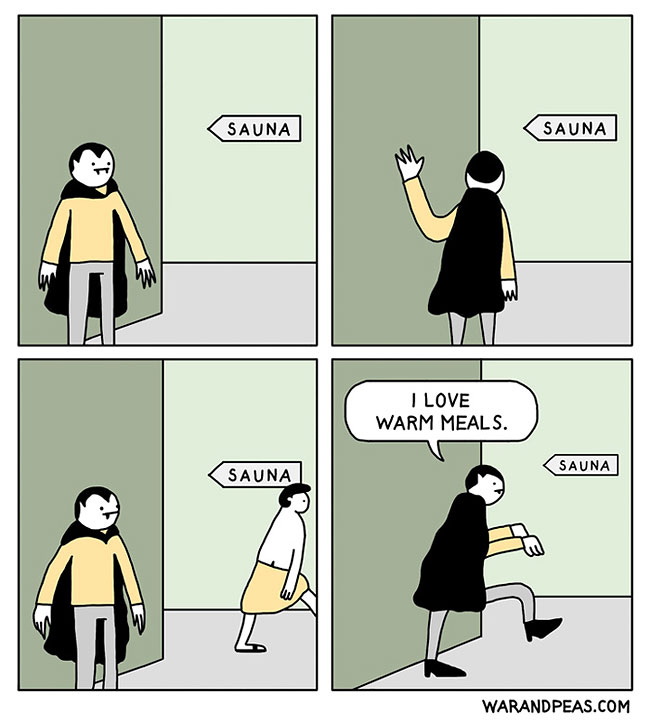 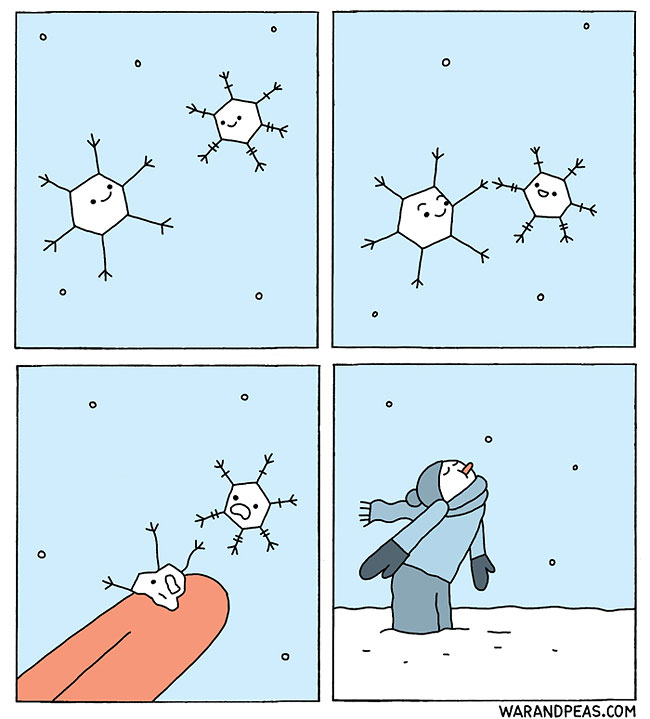 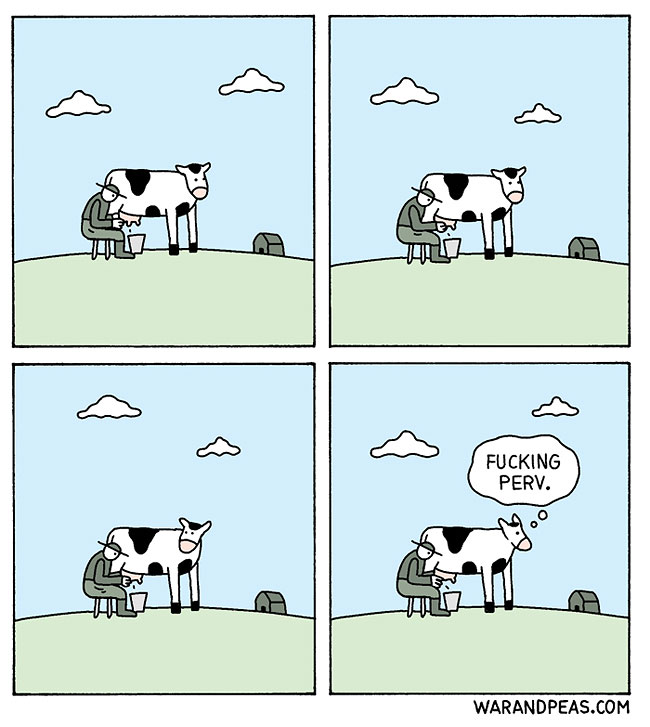 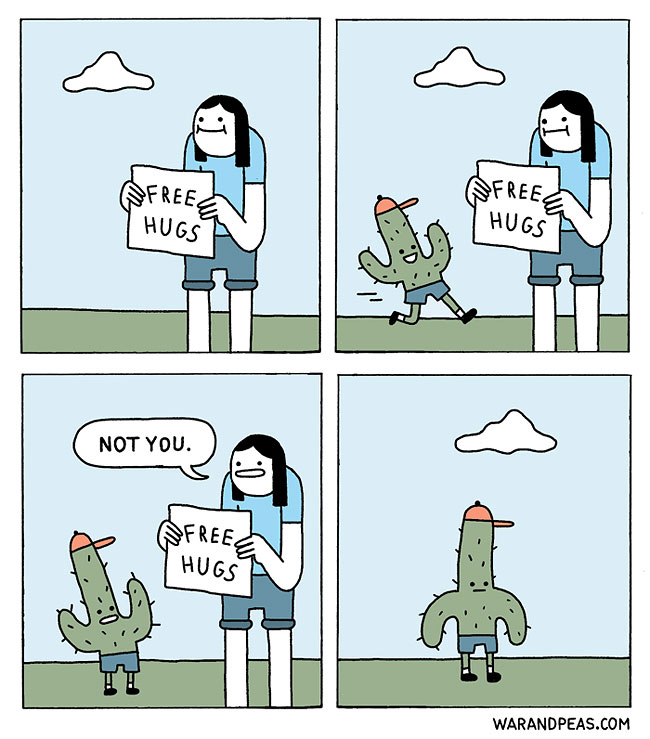 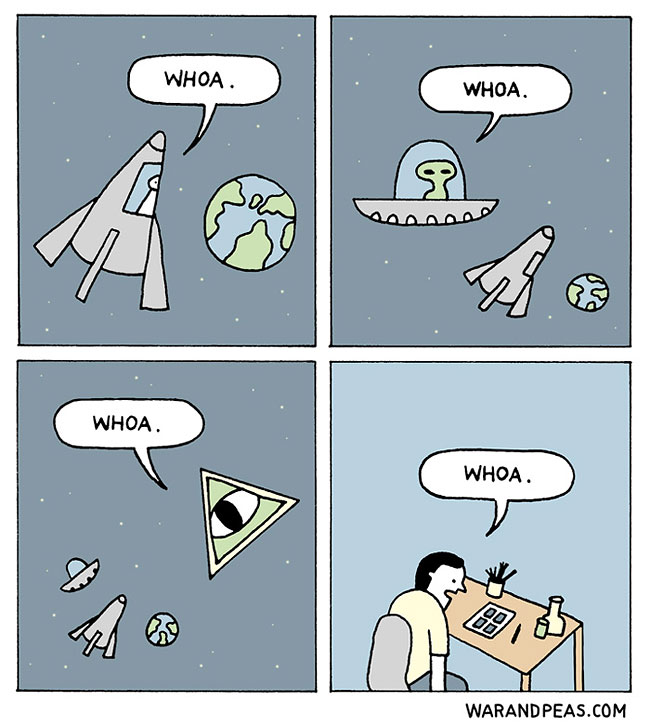 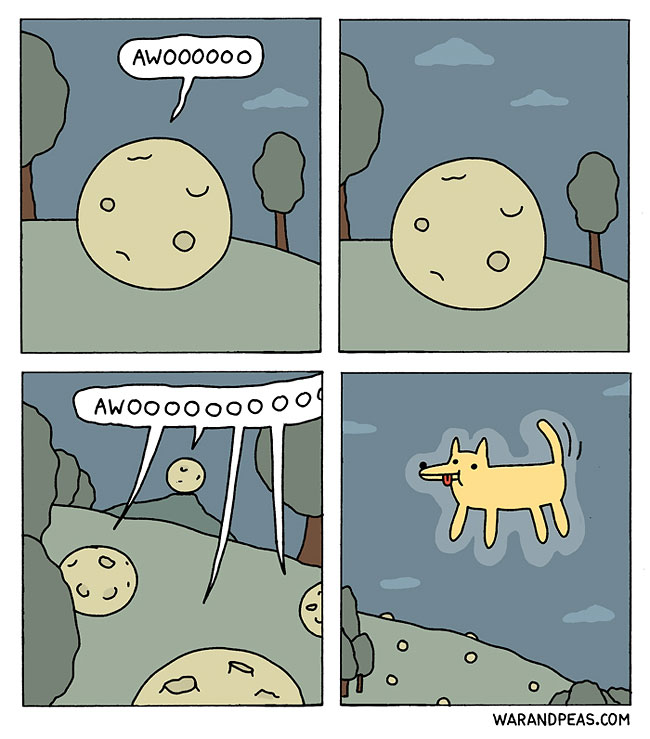 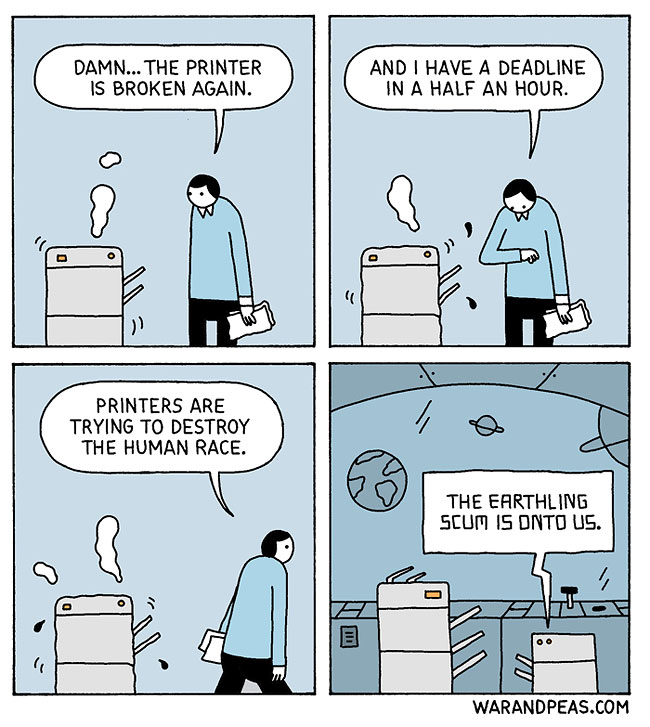 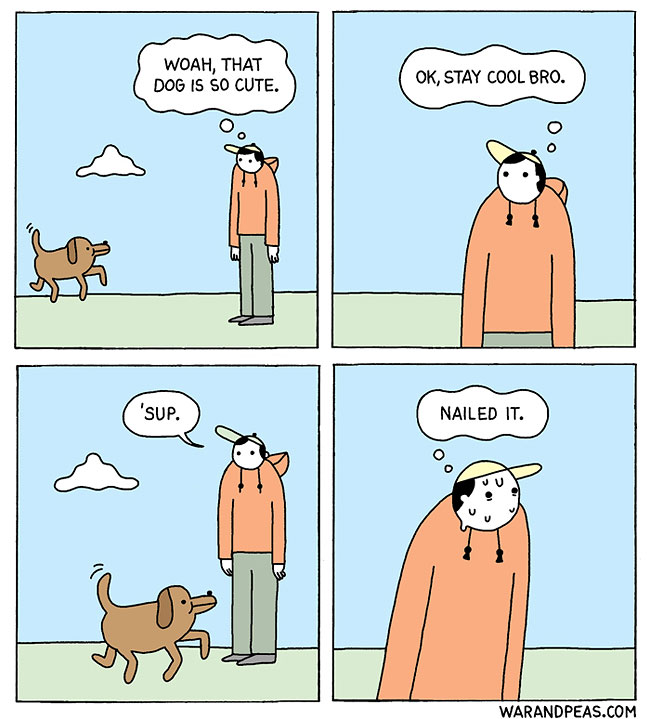 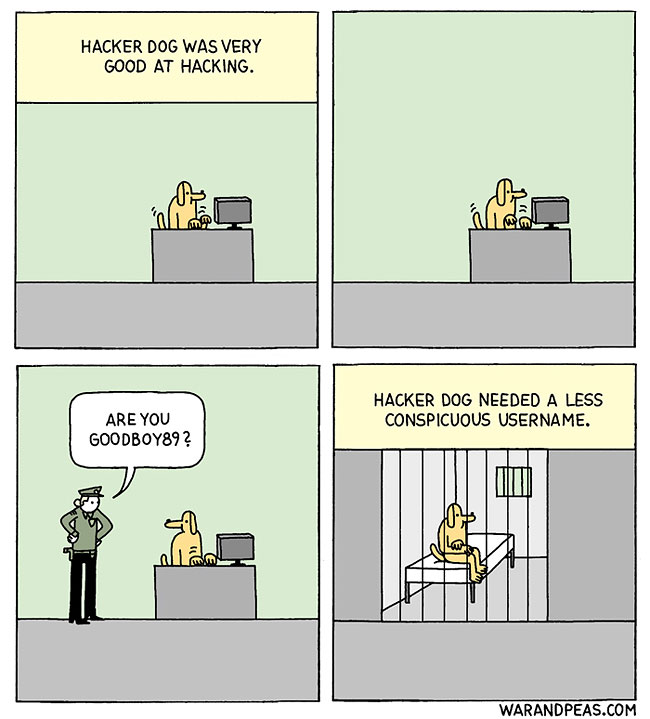 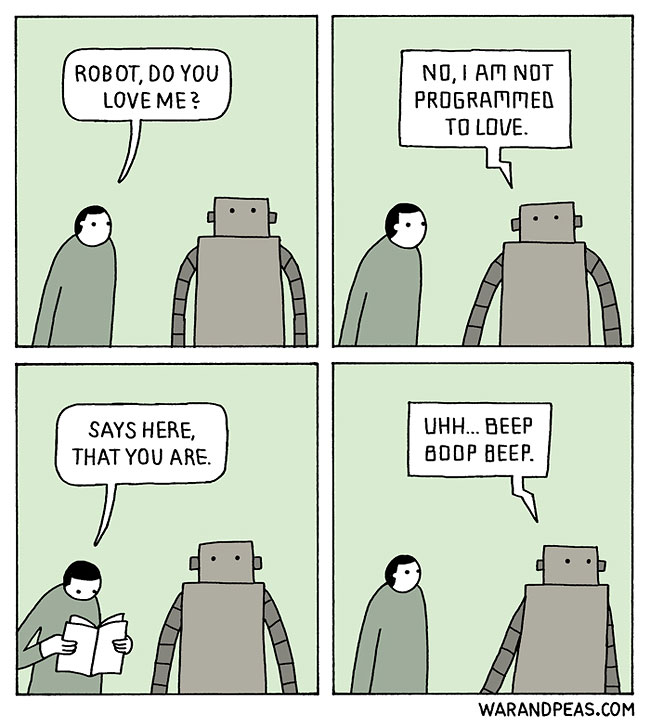 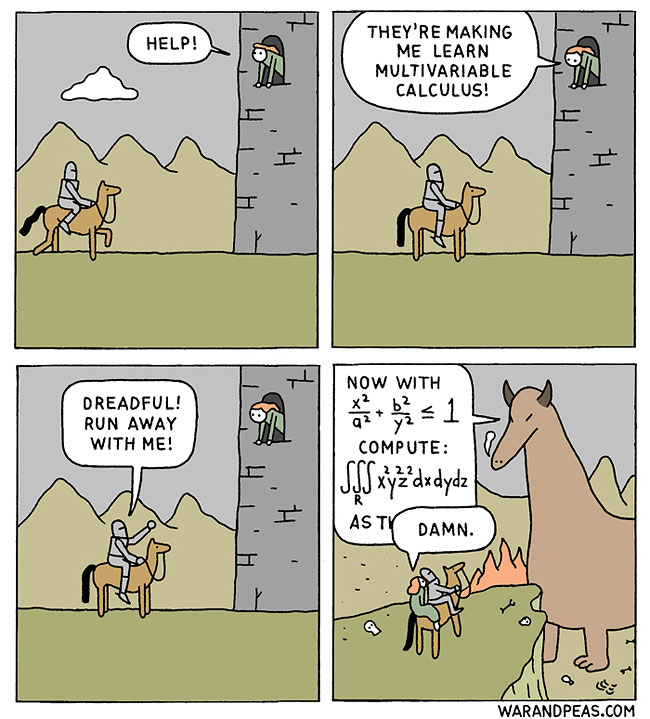 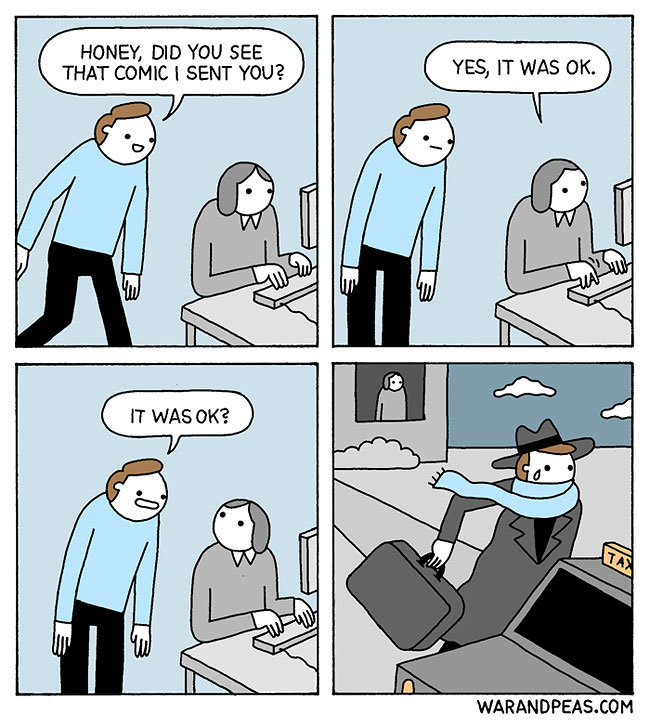 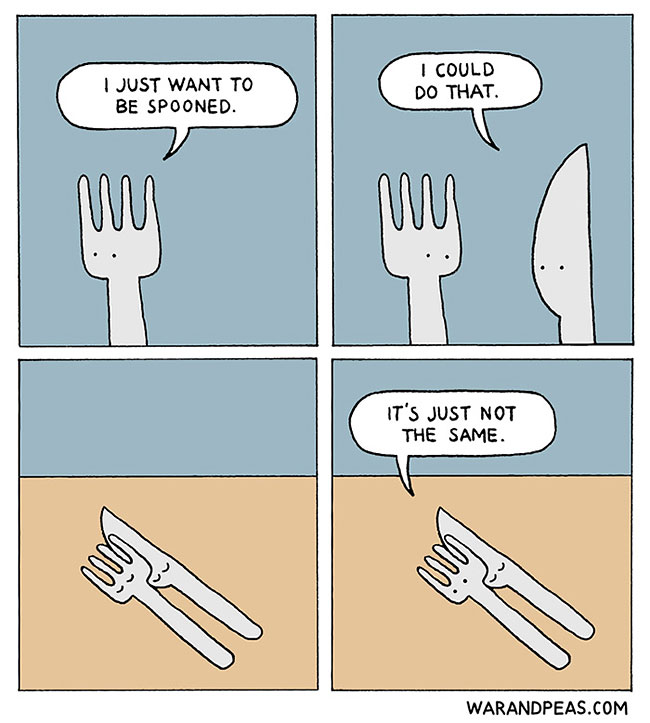 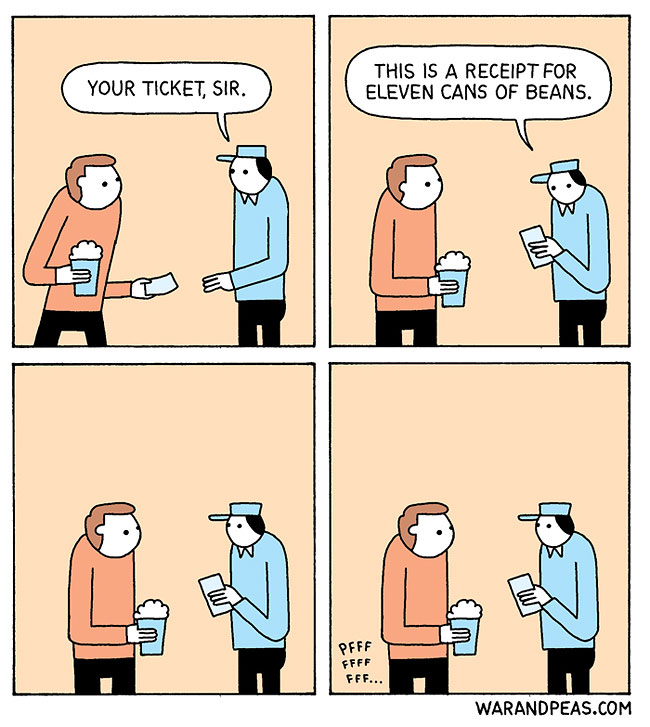 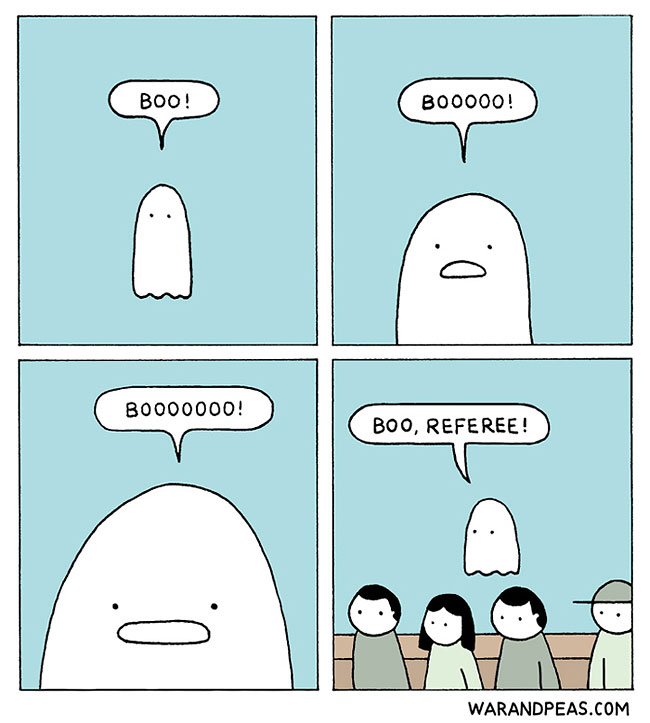 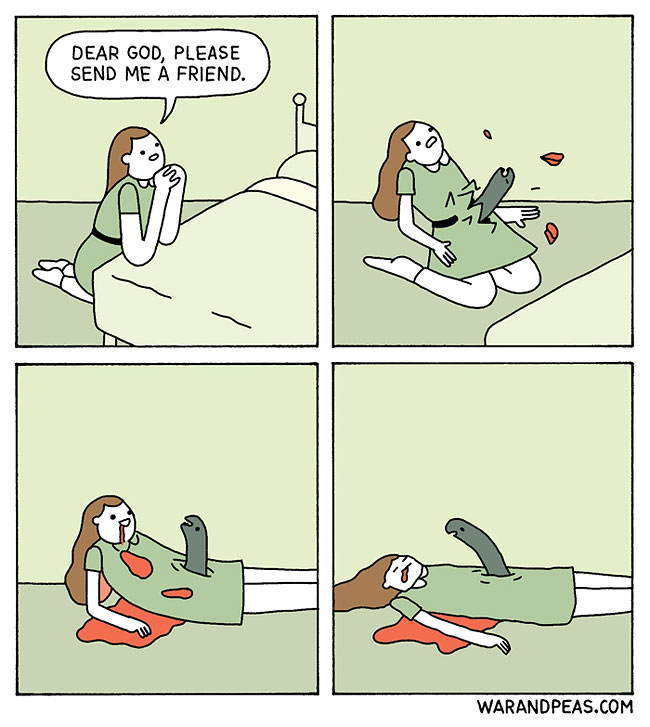 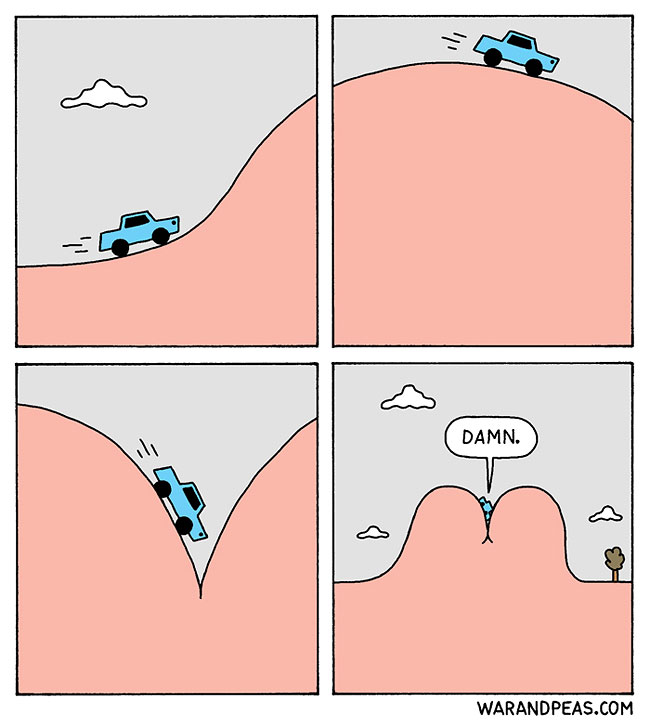 "Back To The Future Past": The Superb Digital Art Collages of Dario Darius
War And Peace: New Powerful Illustrations By Gunduz Aghayev
Hilarious Vintage X-Rated Movie Posters From Your Dad's Era
Thought-Provoking, Colossal Murals by INTI, Chilean Street Artist
The World of Fairy Tales: Dreamy Illustrations by David Listón
Hilarious Pictures from the Comedy Wildlife Photography Awards
Man Dresses Up Every Sunday To Take His Grandmother To Church
Last Breath: Amazing Dark Horror, Bizarre And Nightmare Paintings By Oleg Vdovenko
The Illustrator Has Created a Dreamy World that She Travels Through with Her Boyfriend
"Butcher Billy's Tales Of The Unexpected Black Mirrors": The Episodes Of Season 4 Turned Into Vintage Comics
2007 ‒ 2023 by Design You Trust. Proudly hosted by WebHostingBuzz.
Privacy Policy · Terms of Service · Content Removal Policy ❤️ 🇺🇦