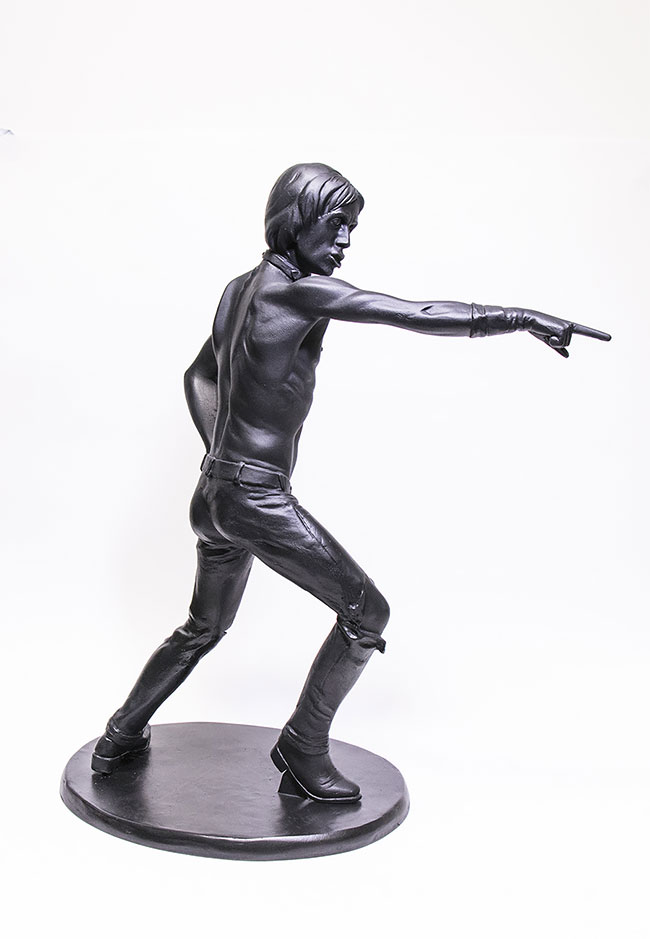 A new company called Wax Face Toys is launching with a remarkable figurine of Iggy Pop. Wax Face make licensed figures in resin and vinyl featuring cult heroes from the world of music and film. The Iggy figurine was sculpted in London by former Madame Tussauds artists and measures 15.7 inches (40 centimeters). 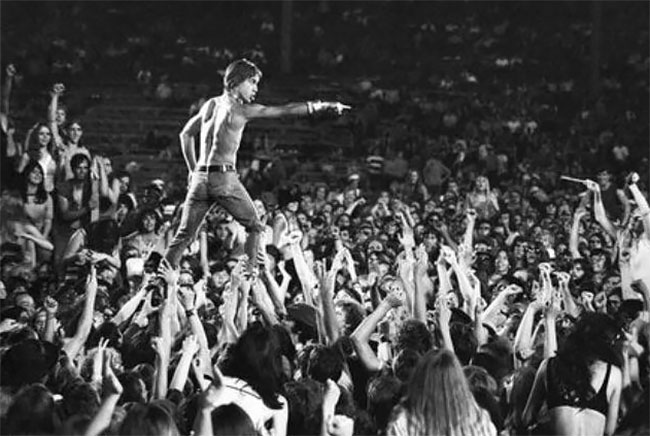 It is based on the well-known photograph taken by Thomas Copi of the Stooges performing at the Cincinnati Summer Pop Festival of 1970.

There was a previous Iggy sculpt that was sold via the now defunct Toys ‘R Us website, and although it was done well, it depicted Iggy in his 60s, not his youthful, out-of-his-mind prime. The Iggy depicted here is 23 and obviously full of piss, vinegar and other assorted psychoactive snacks. 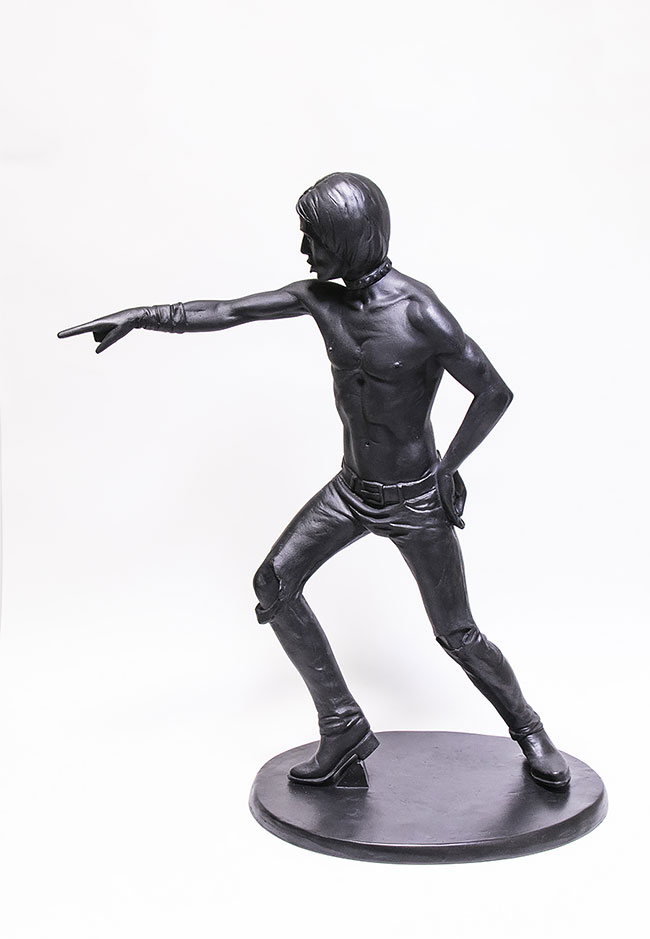 “A collaboration between music legend Iggy Pop and Wax Face – manufactured by Unbox Industries under exclusive license from Thread Shop, a division of Sony Music Entertainment.

With a position taken from Iggy Pop’s infamous “peanut butter incident” at Crosley Field with his proto-punk band, The Stooges at the Cincinnati Pop Festival June 13th, 1970, this resin figure captures Iggy Pop hoisted high by an adoring audience in his iconic shirtless pose, seconds before smearing peanut butter all over his chest and throwing it into the crowd as The Stooges ripped through “1970” from Fun House. ” 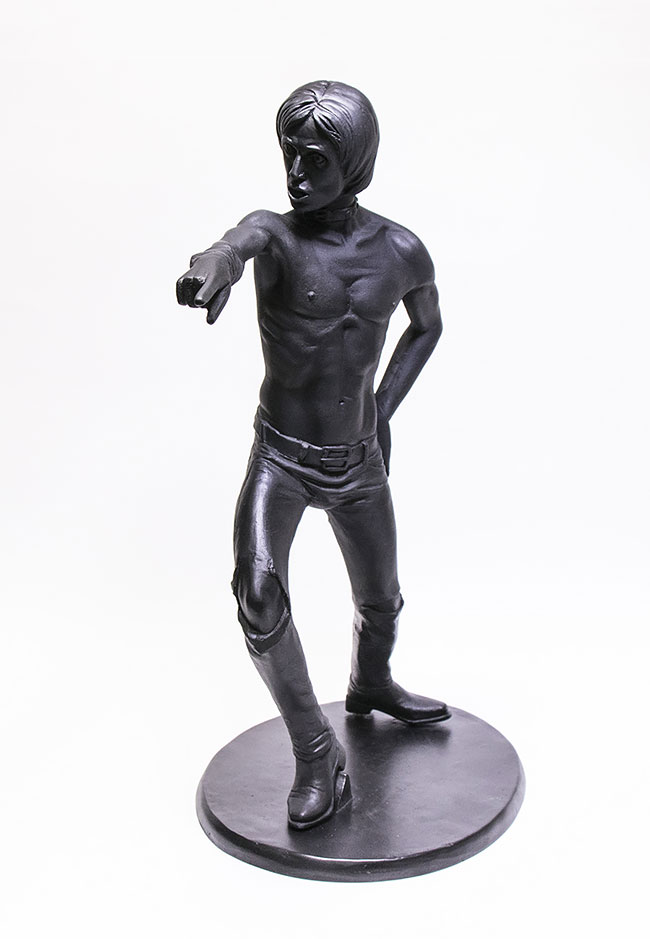 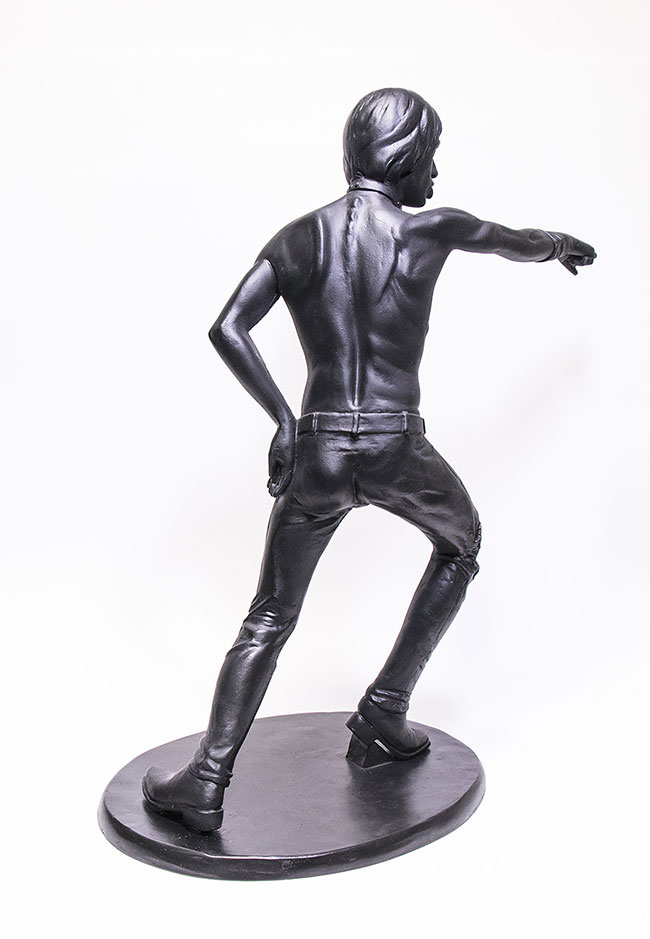