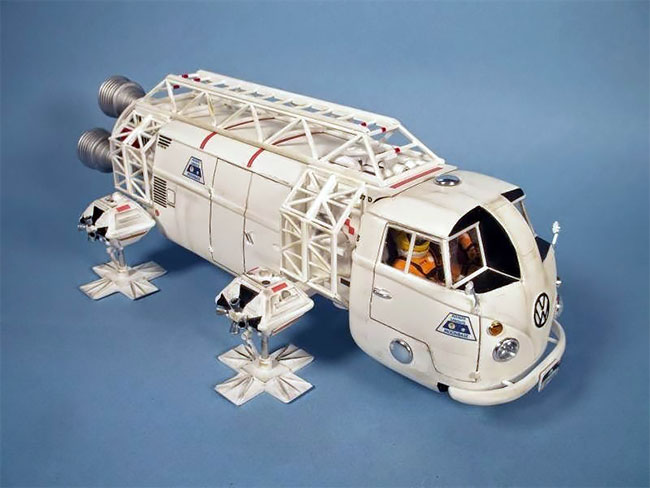 Alvis Pi, a Space 1999 fan, created this model, the Volkswagen Space Transporter, mixing an Eagle with a Volkswagen van, the end result is fantastic.

It was built from a VW Hasegawa kit, plastic pipes, ladders, handrails and plastic sheet, and the engines are from a 1/144 Revell Saturn V kit. The crew is a 1/24 scale, has two pods, one for passenger transport and a Hydro pod that carries a piece of a satellite and a rare plant. Very good job.

Space: 1999 is a science-fiction television programme that ran for two series from 1975 to 1977. In the opening episode, set in the year 1999, nuclear waste stored on the Moon’s far side explodes, knocking the Moon out of orbit and sending it, as well as the 311 inhabitants of Moonbase Alpha, hurtling uncontrollably into space. 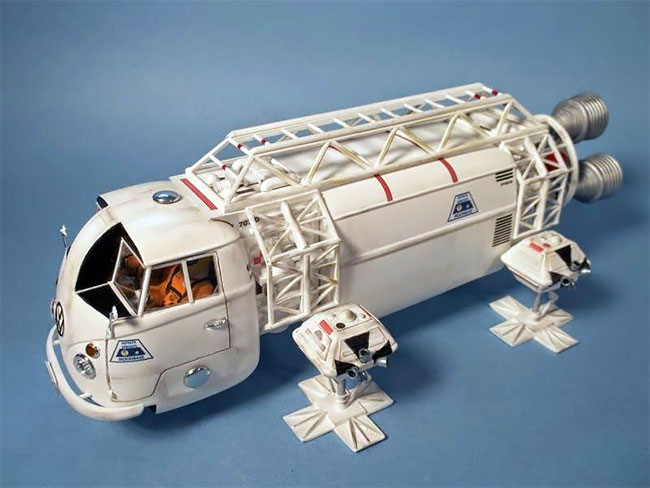 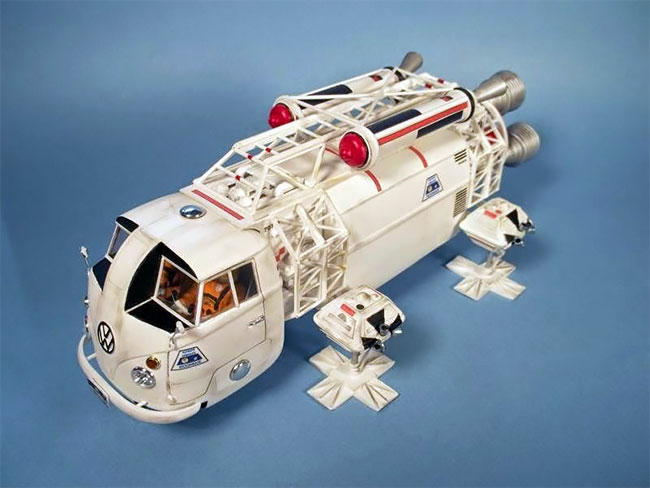 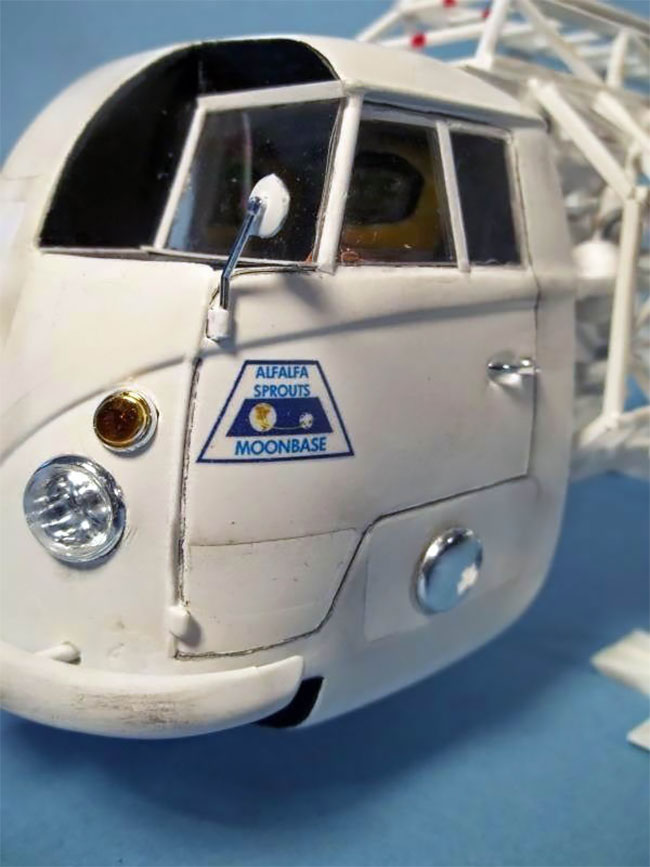 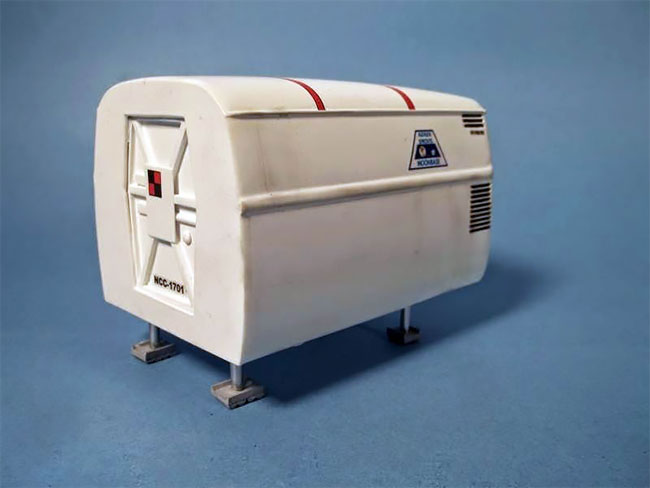 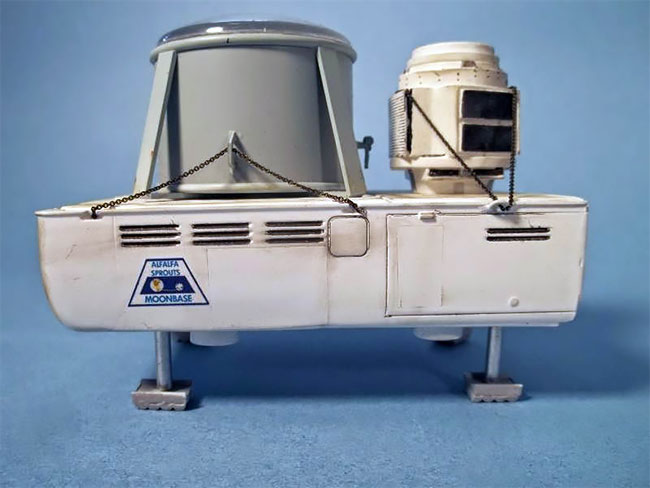 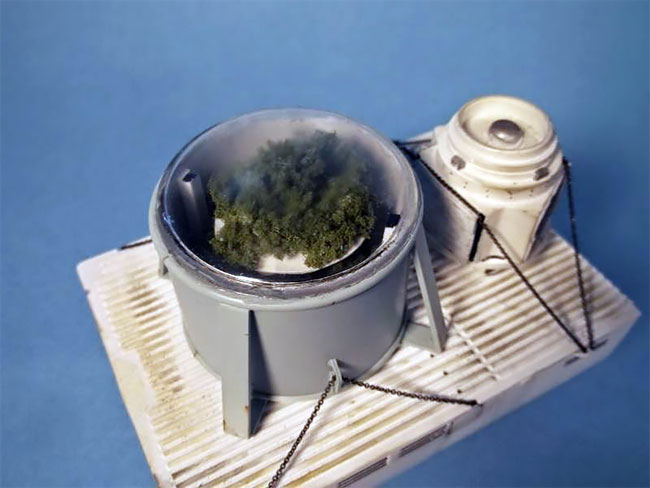 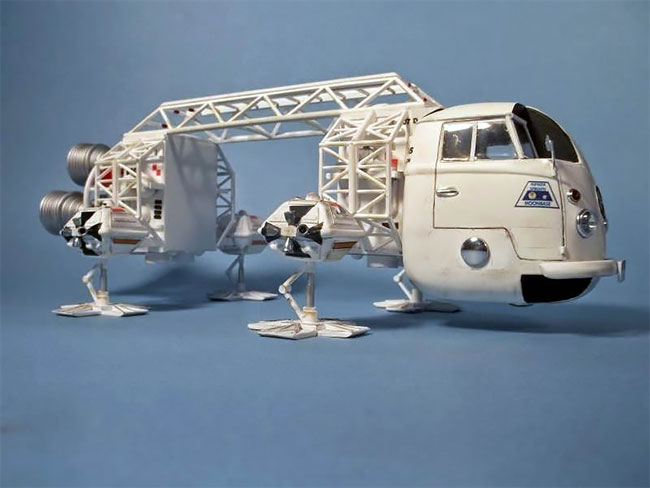 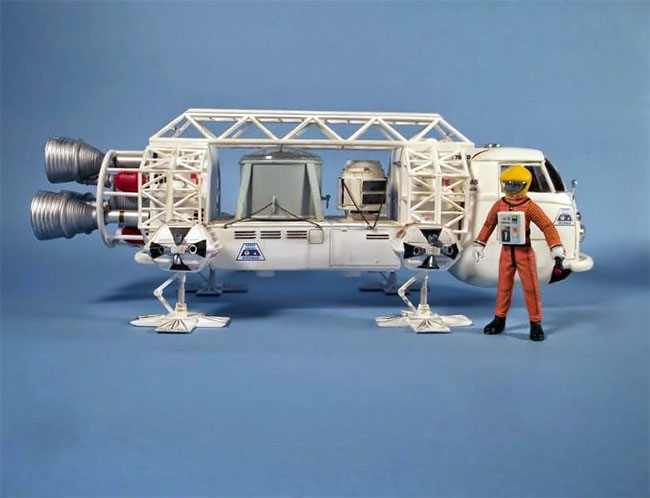 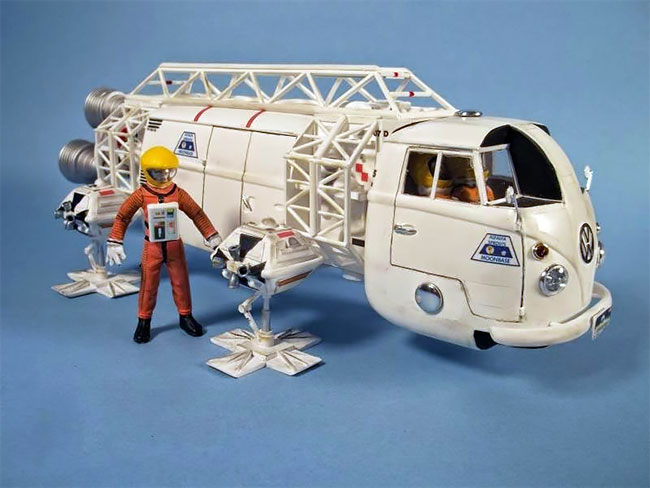 One Nail - One Death: Monument to the German Victims of COVID-19 in Münster
14 Immortal Black And White Film Scenes Tastefully Colored By Austrian Artist
The Cosplay Artist Manually Collected Valkyrie's Suit From "God Of War" In 1000 Hours
Lamborghini Athon, an Amazing But Forgotten Concept Car From 1980
Made by Bees: Slovak Artist Uses Honeybees to Sculpt a Wax Bust of Nefertiti
Fifteen Young Women About to Break the World Record for Passengers in a Mini, 1966
Innovative Braille LEGO-Style Bricks Help Blind Children Learn To Read While Playing
This Company Creates Unusual Coffins And Urns In The Shape Of Beer And Whiskey Bottles, Guitars And In A Geometric Style
Australian Guy Made A 1:1 Scale Zelda Bike For Nintendo Labo
This Clock Says It’s Always Time For Moss
New Naaan Bread Clocks Made from Real Bread Take Inspiration from Dali and a Japanese Pun
Artist Makes Awesome Flat Cat Stair Runner Rug Inspired by "Tom and Jerry"
Adorable Geometric Caves For Your Pets
This Woman Made A Coronavirus-Shaped Piñata For Her Friends’ 30th Birthday So They Could Get Revenge
Ombre Tights Hand-Dyed By Tiffany Ju
700 Metres Of Wool Went Into Making This Epic Cross Stitch Mural
Longboard Combined with Stroller Makes Travel Fun for Both Kids and Parents
Teacher Shares Photos Of A Backpack A Father Made For His Son Because He Wanted To Save Money
These Retro 80s Album Covers Of Today’s Pop Stars Are Totally Radical
Designer Transforms One Dollar Thrift Store Clothes Into Trendy Outfits
This Bag Makes It Look Like You’re Carrying A Giant Goldfish
This Craftsman Made The Flaming Sword From Fallout 4 In Real Life
Nordstrom Is Selling Jeans Caked In Fake Dirt For Hundreds Of Dollars
Japanese Artist Creates the Most Amazing Wood Sculptures You’ll Ever See
1970s, retro, space, van, vintage, volkswagen, vw