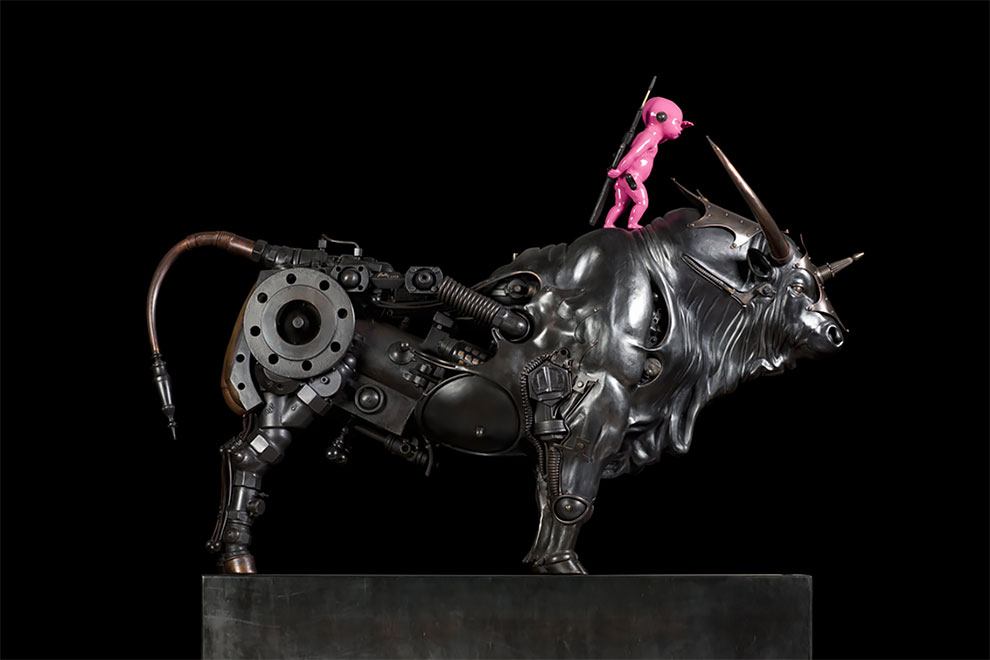 Pierre Matter works mostly with bronze and embellish the sculptures with recycled objects, using welders, plasma cutters, laser cutters and grinders to shape and sculpt. “I’m a kind of salvager. I feel like a child in a heap of sand, but instead of sand, there’s a lot of recycling and scrap, full of magnificent objects.” Often, the sculptures which emerge from these scraps of metal speak to us of who we are and how our future might be. 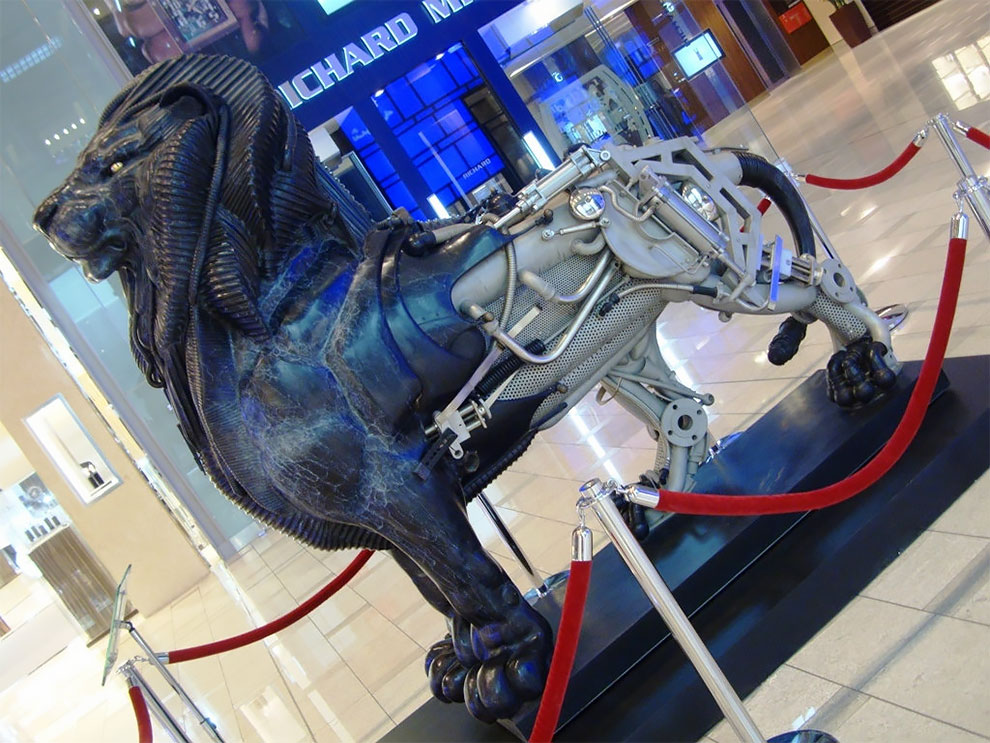 French sculptor Pierre Matter was born in 1964. A mystical child, then a tormented teenager, he studied mathematics half-heartedly. It was only logical that he headed naturally, though initially in an erratic manner, for the mysterious universe of artistic creation. His slow progression in this field led him to try out many kinds of expression and material, from oil to gouache to ink, from comic strips to canvas, and also bas-relief in stone. 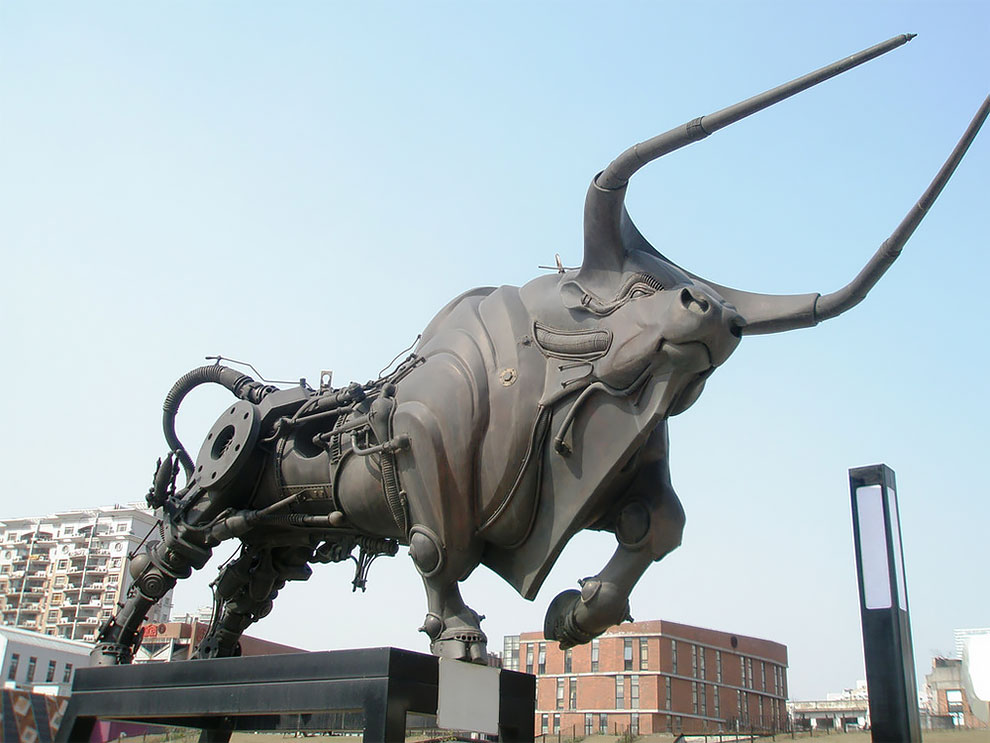 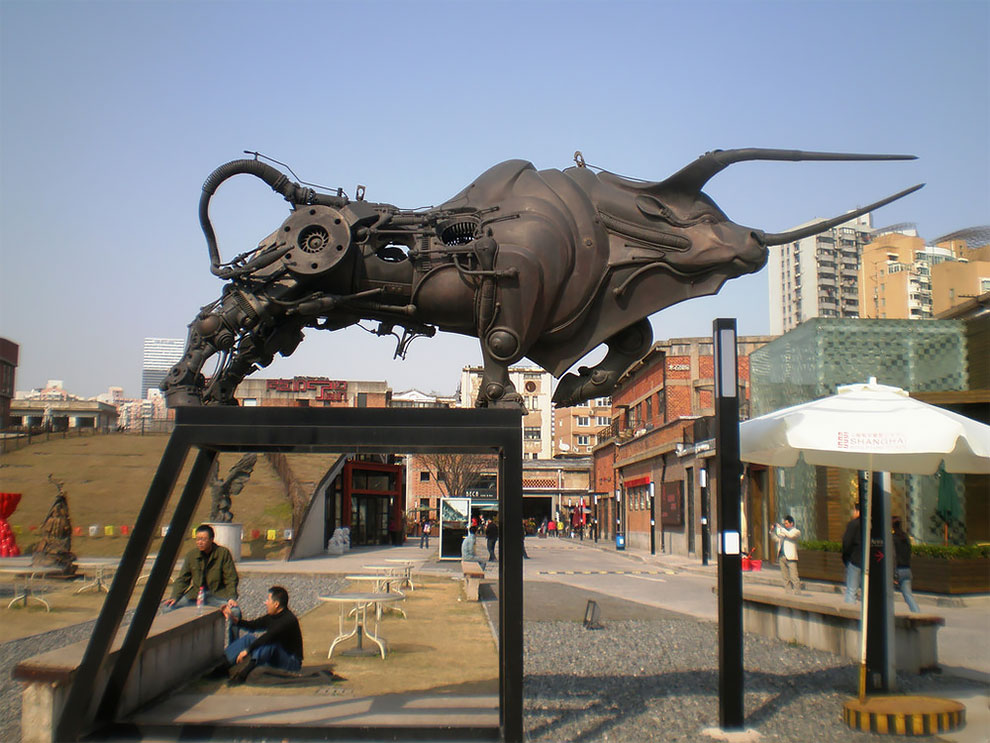 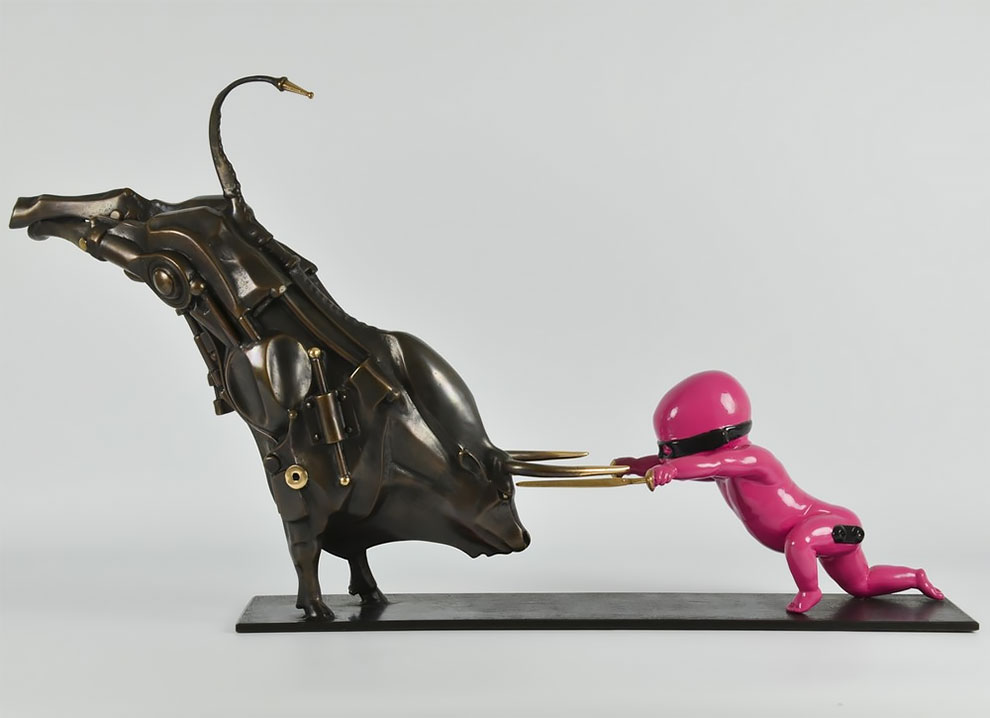 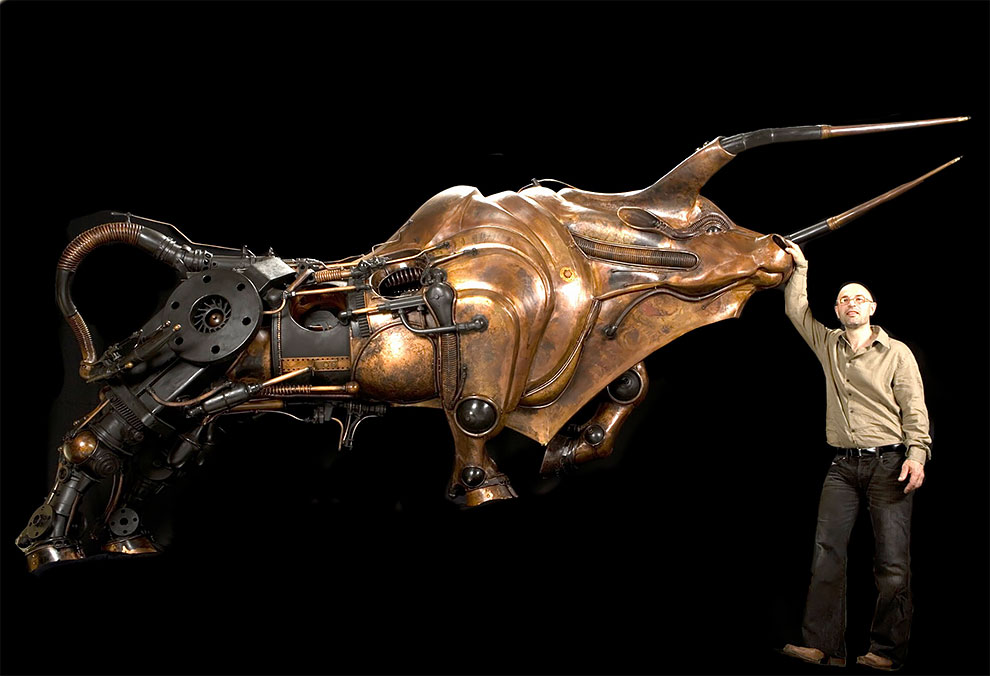 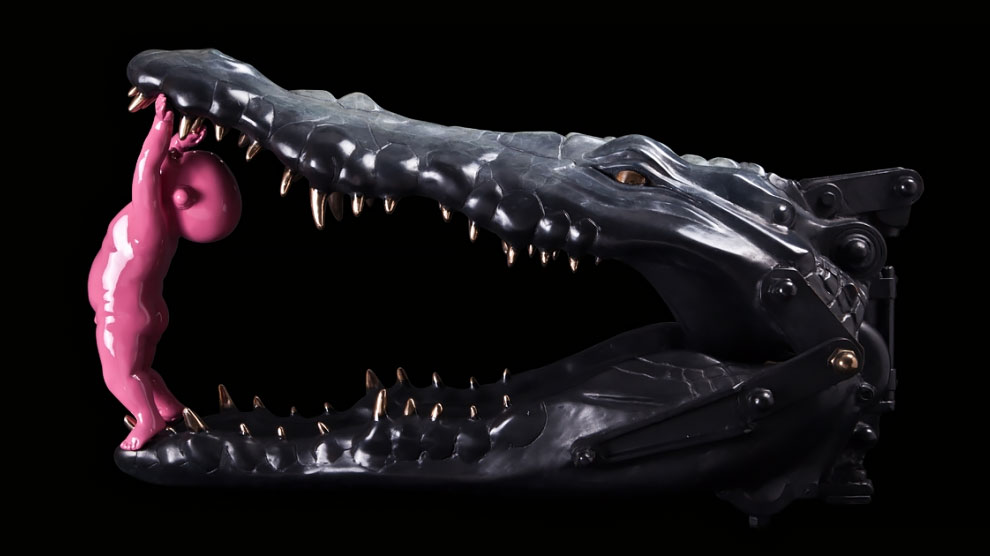 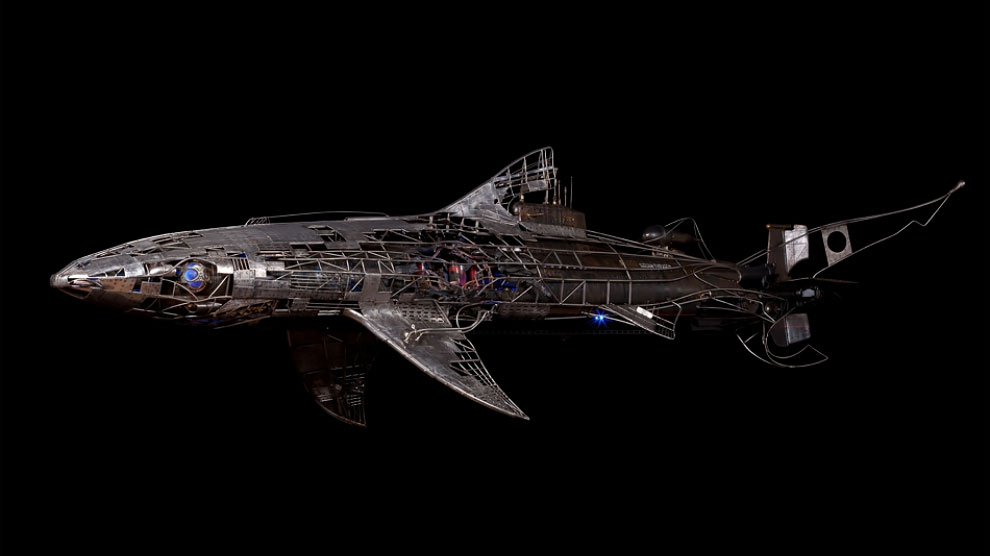 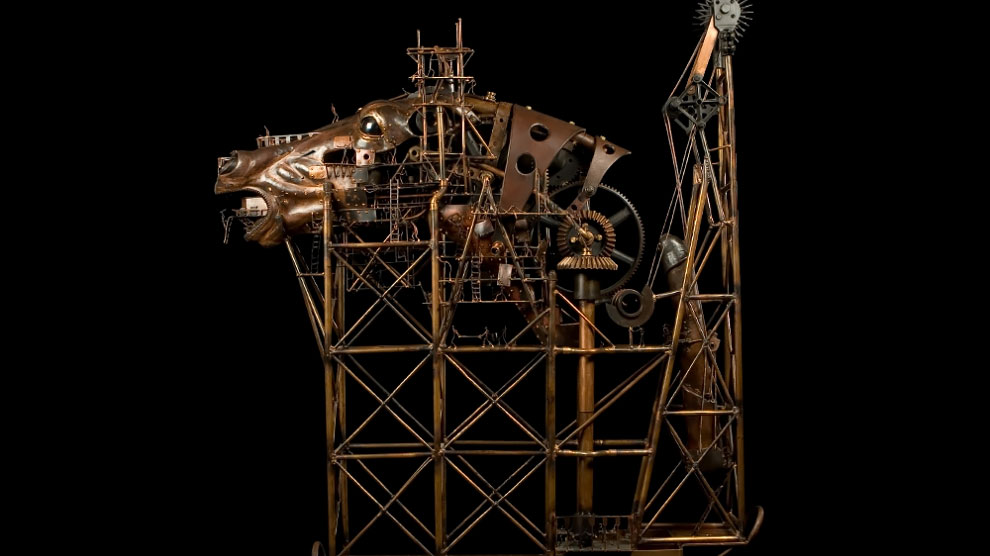 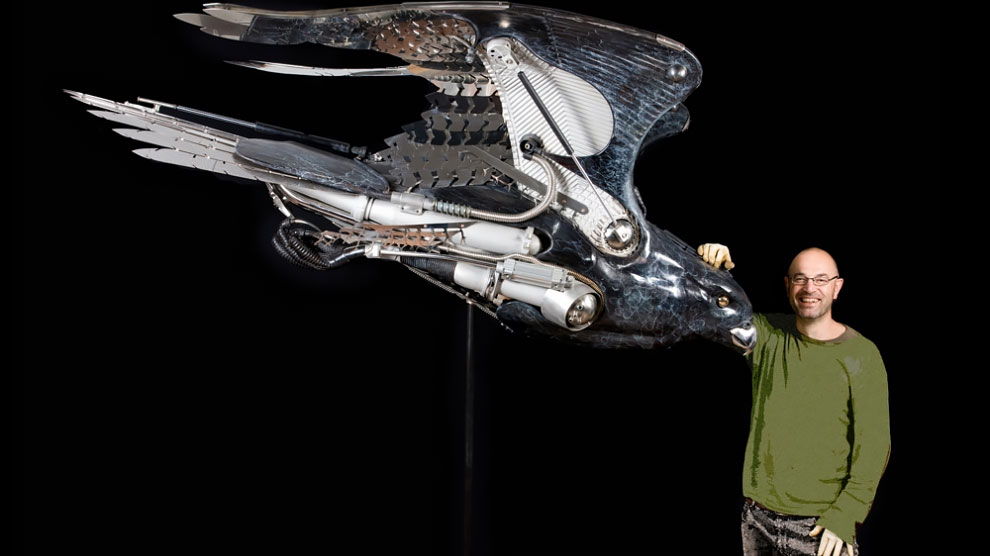 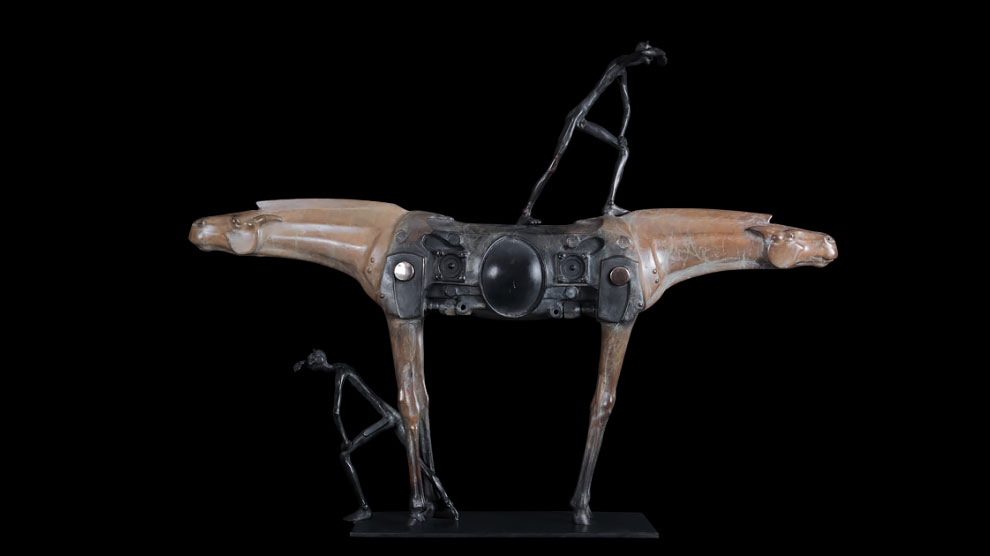 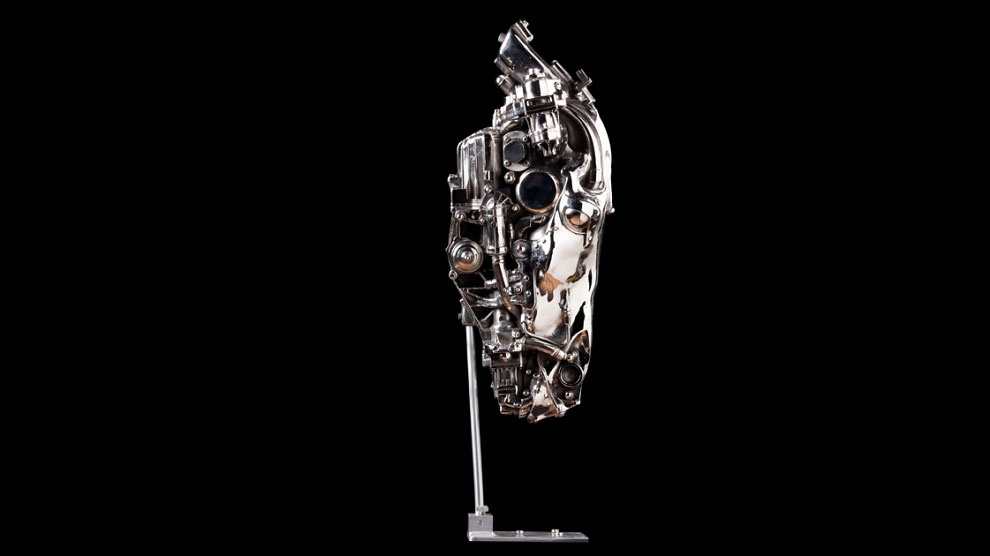 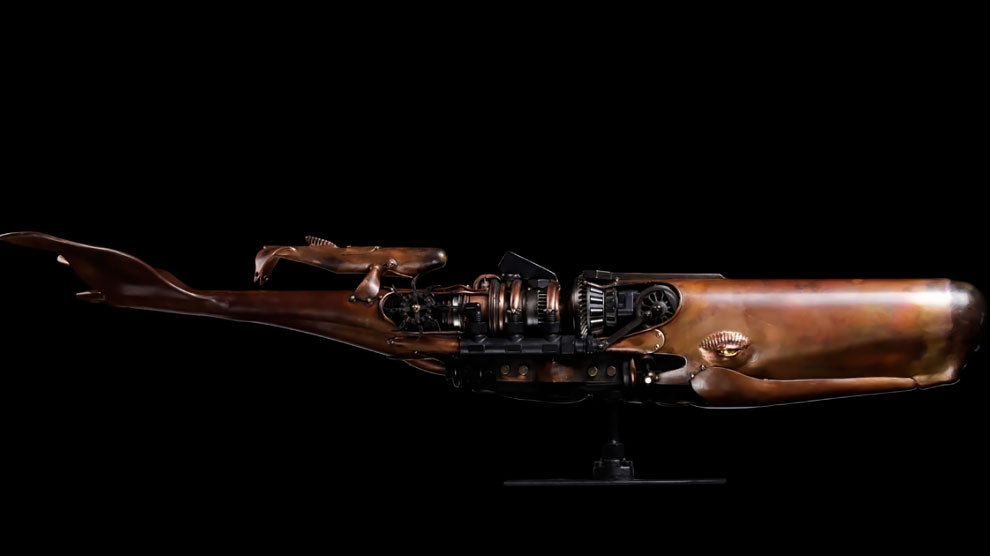 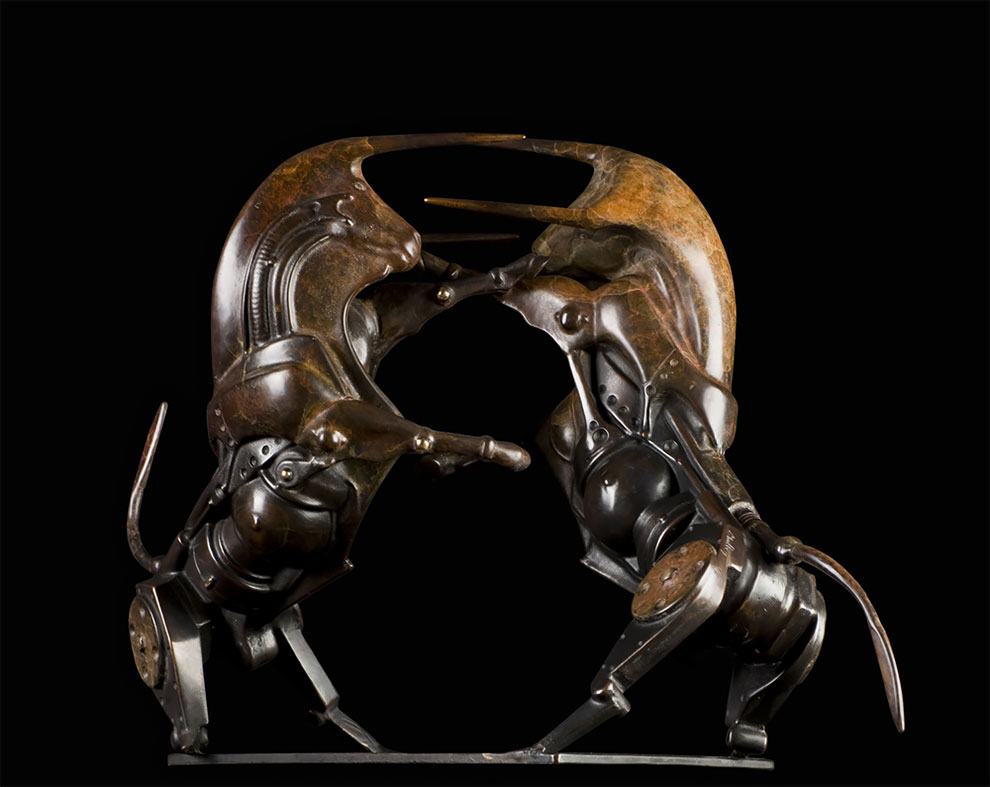 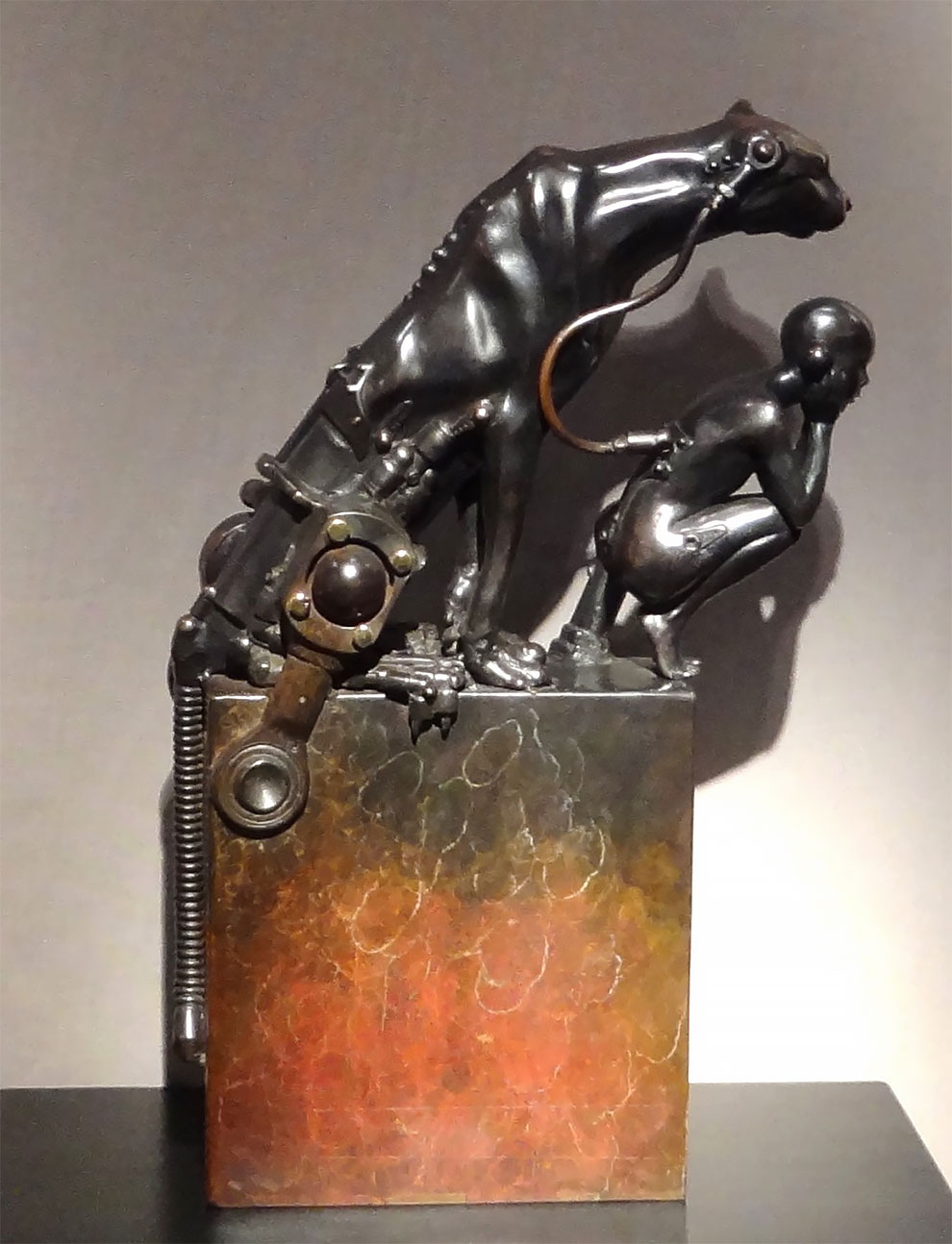 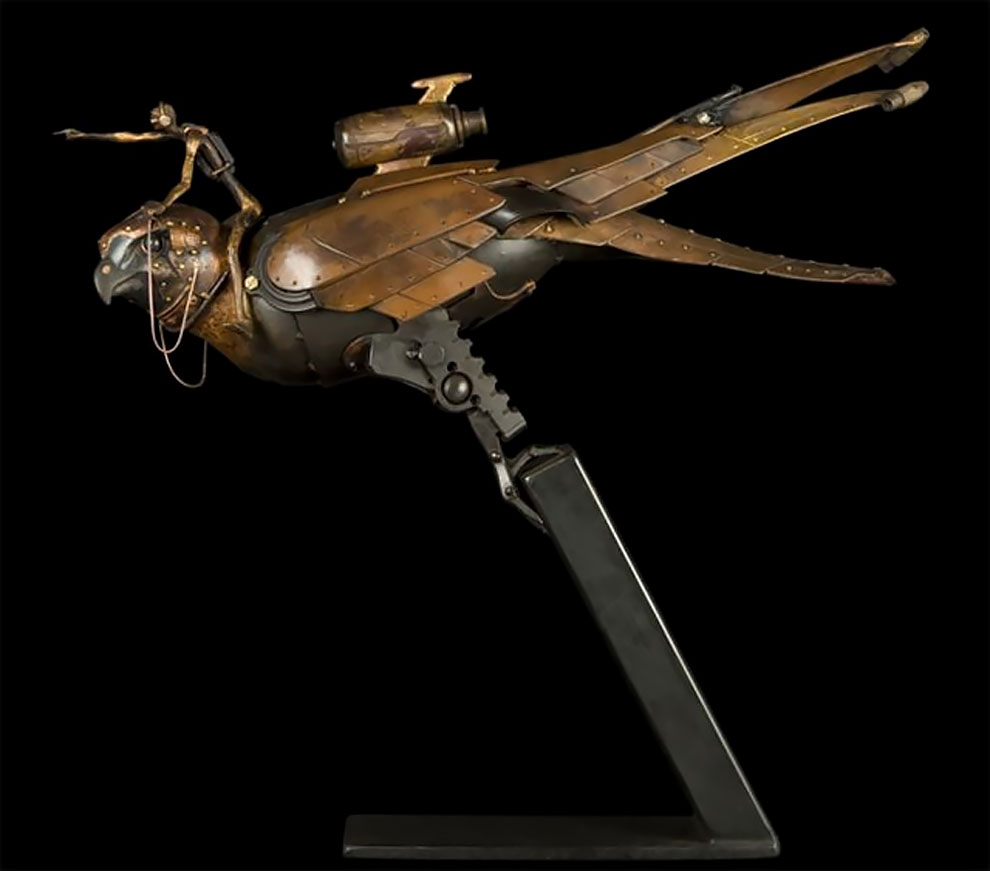 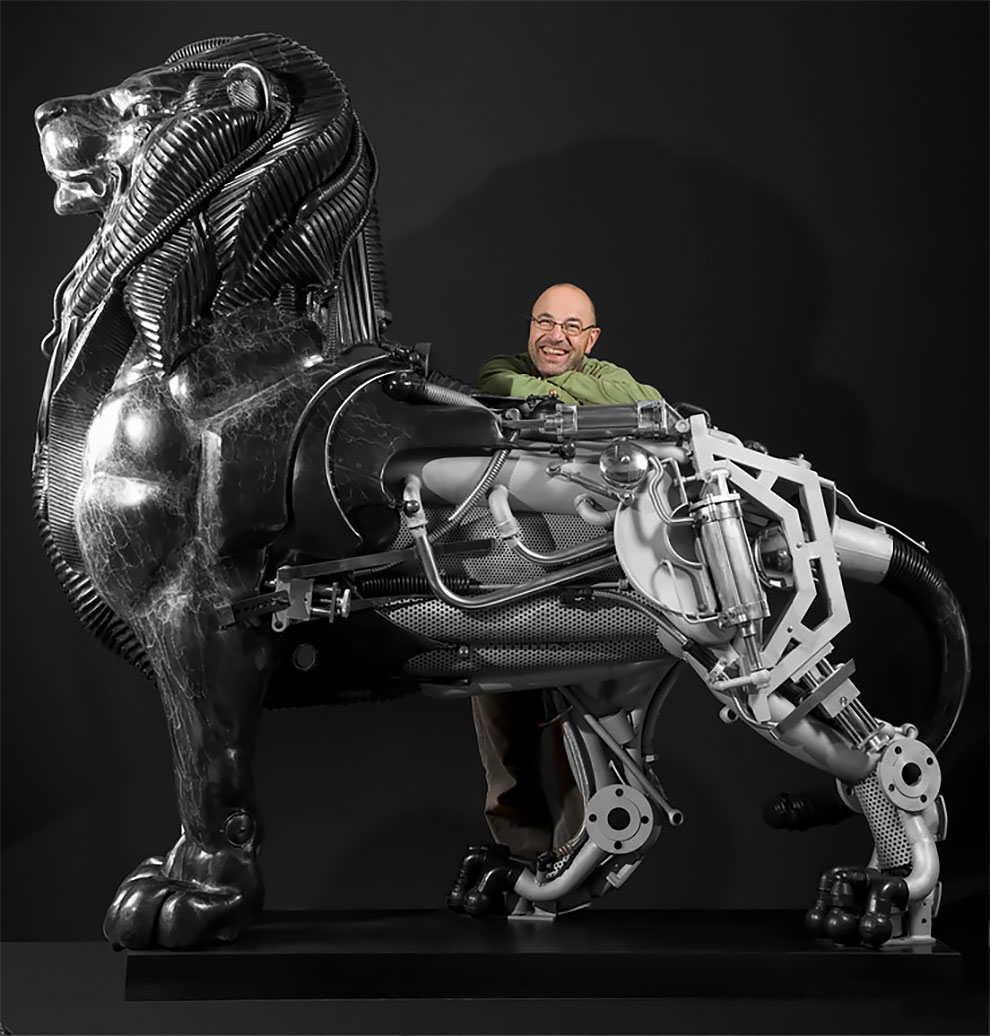