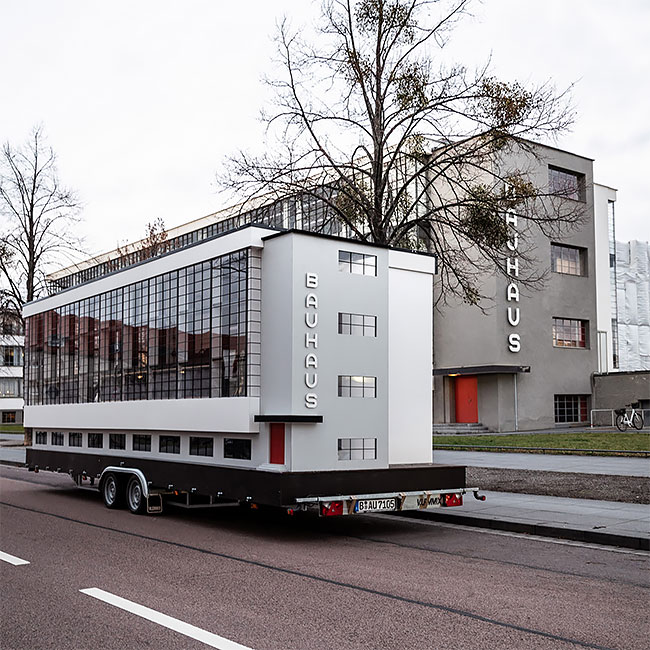 Designed by Berlin-based architect Van Bo Le-Mentzel, the 15-square-metre mobile building is created in the image of the iconic workshop wing of the Bauhaus school building in Dessau – a building conceived by founding director Walter Gropius and built in 1919, to embody the school’s core principles and values.

It features the same gridded glass walls that wrap around the building, as well as the famous lettering down one side. Inside is an apartment-like space, containing an area to host exhibitions and workshops, plus a reading room filled with books charting the Bauhaus’ history and legacy.

The Bauhaus school in Dessau was only in operation from 1919 until 1923, when it was forced to close by the rising Nazi Party. It later moved to Berlin under the steer of third and final director Ludwig Mies van der Rohe, where it occupied a converted factory building.

Today the school operates as a centre for design, research and education, and part of it functions as a hotel. A museum is set open on the campus this year, as the building becomes the centre for the 100 Years Bauhaus festival. 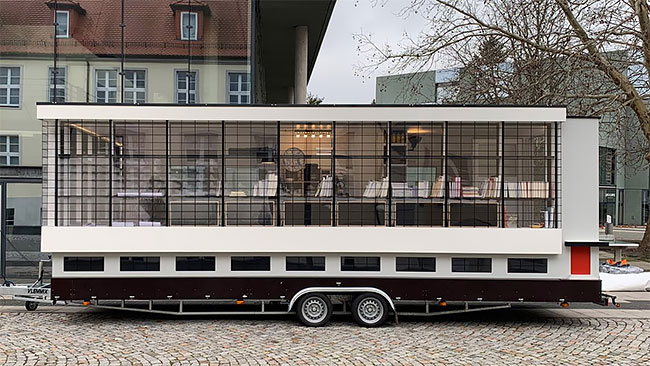 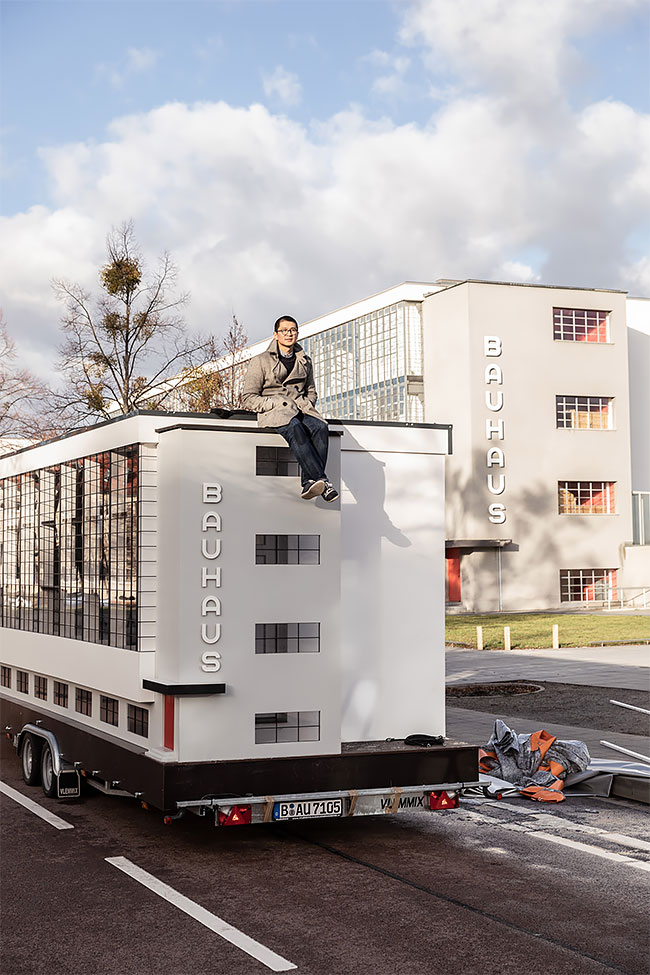 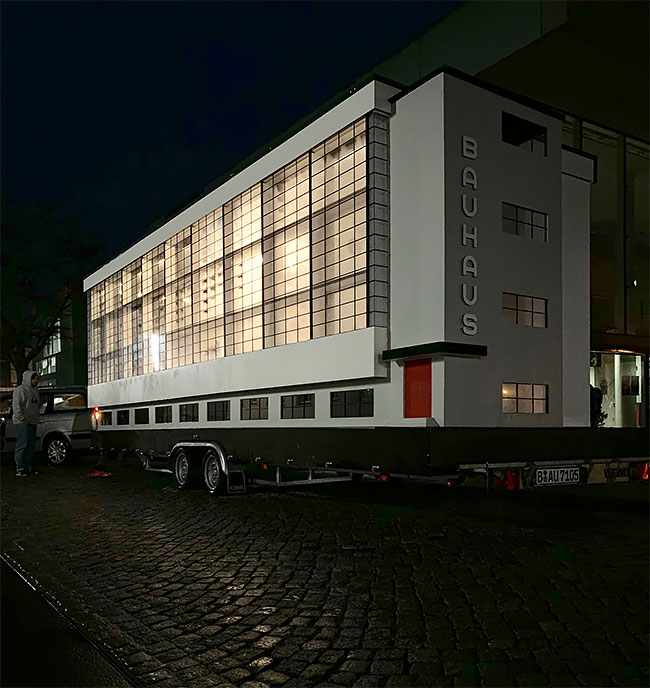 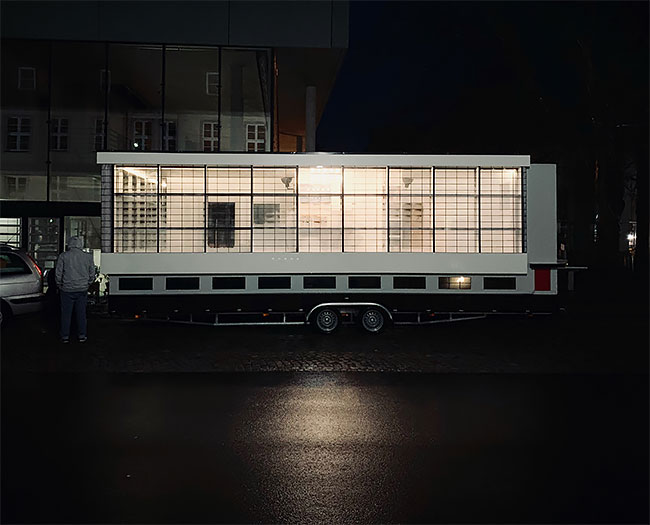