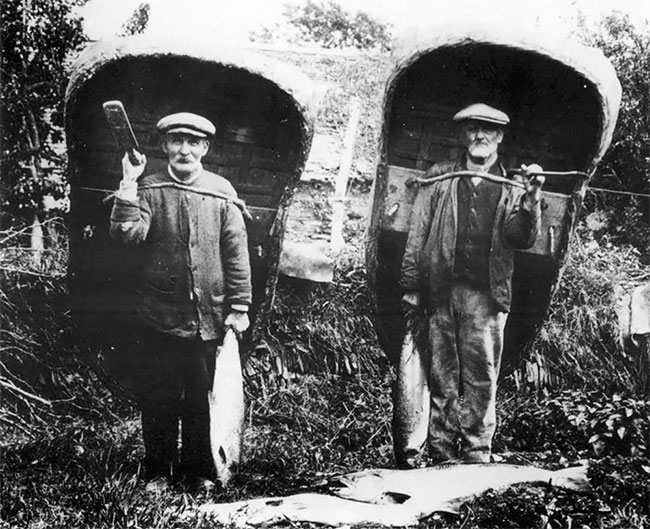 Though many types of boats have evolved, flourished for a time, and then been replaced, the coracle, which Caesar described, and even adopted in his Iberian campaign, has remained practically unchanged in a thousands years. Made of split birch and a canvas skin, it is still used for fishing in the rapid-running rivers of West Ireland. It is the most portable of craft, as can be seen in the photographs below. 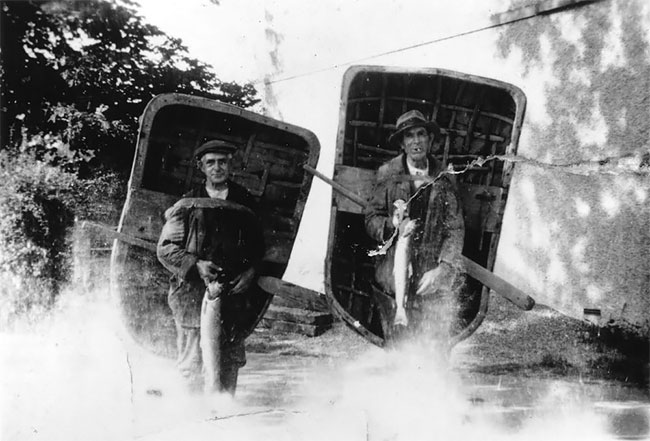 The coracle is a small, rounded, lightweight boat of the sort traditionally used in Wales, and also in parts of the West Country and in Ireland, particularly the River Boyne, and in Scotland, particularly the River Spey. The word “coracle” is an English spelling of the original Welsh cwrwgl, cognate with Irish and Scottish Gaelic currach, and is recorded in English text as early as the sixteenth century. 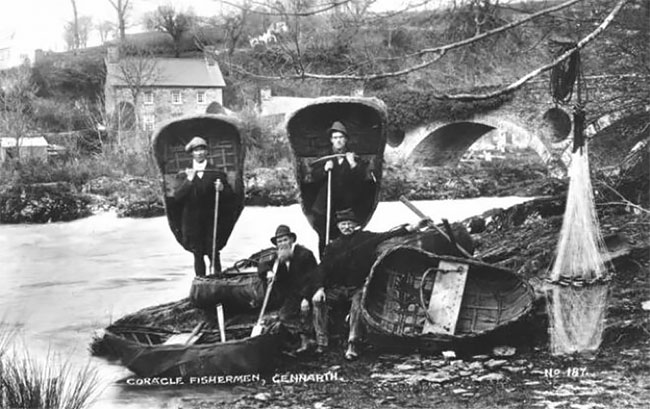 Designed for use in swiftly flowing streams, the coracle has been in use in the British Isles for millennia, having been noted by Julius Caesar in his invasion of Britain in the mid first century BC, and used in his military campaigns in Spain. Remains interpreted as a possible coracle were found in an Early Bronze Age grave at Barns Farm near Dalgety Bay, and others have been described, from Corbridge and from near North Ferriby. 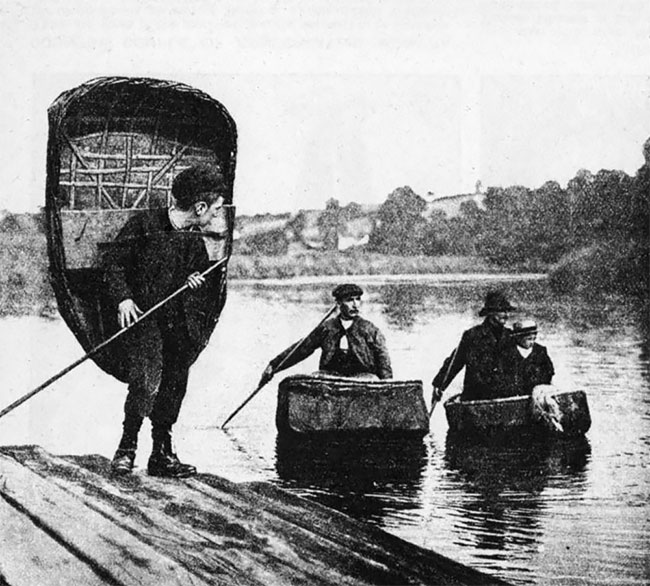 Where coracle fishing is performed by two coraclers the net is stretched across the river between the two coracles. The coraclers will paddle one handed, dragging the net in the other, and draw the net downstream. When a fish is caught, each hauls up an end of the net until the two boats are brought to touch, and the fish is then secured, using a priest (or knocker – a small block of wood) to stun the fish. 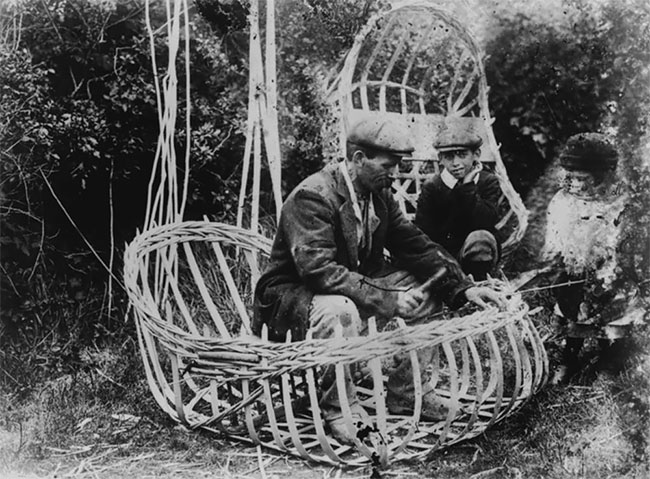 Coracles are now seen regularly only in tourist areas of West Wales, and irregularly in Shropshire on the River Severn – a public house in Sundorne, Shrewsbury called “The Coracle” has a pub sign featuring a man using a coracle on a river. The Welsh Rivers Teifi and Tywi are the most common places to find coracles in Wales. On the Teifi they are most frequently seen between Cenarth, and Cilgerran and the village of Llechryd. 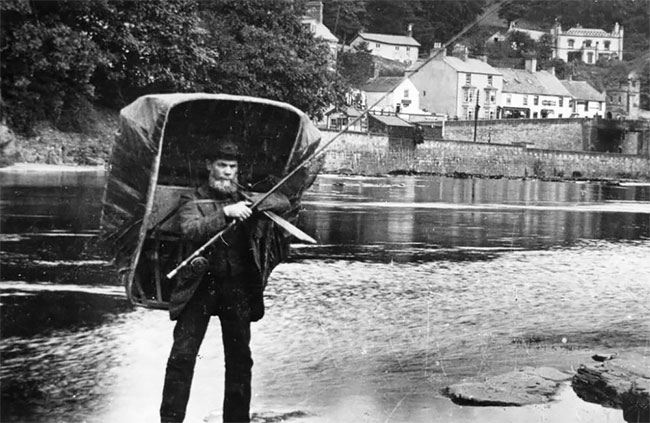 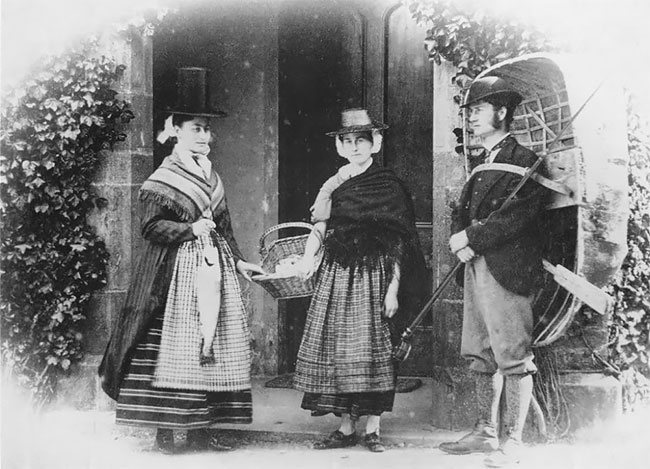 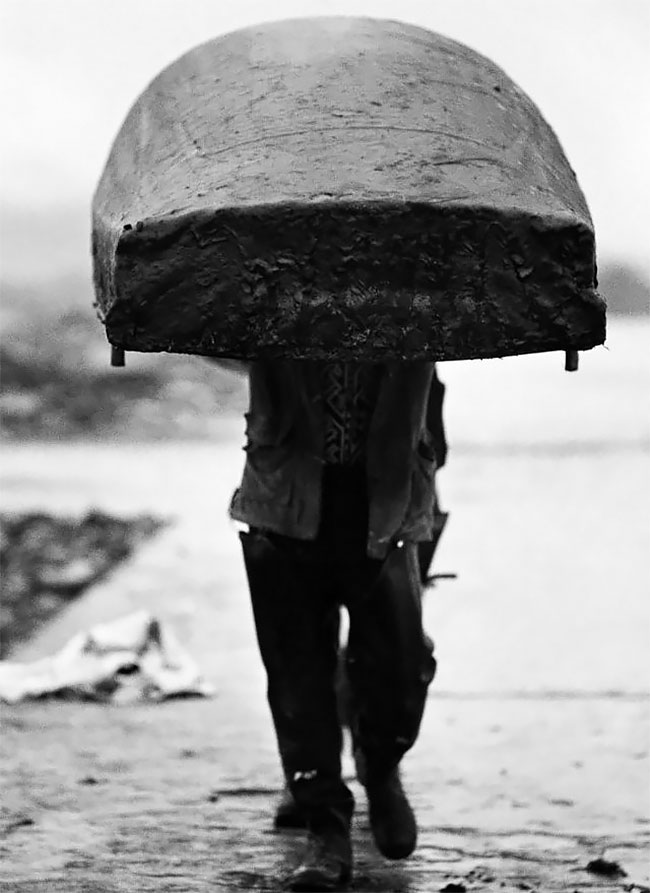 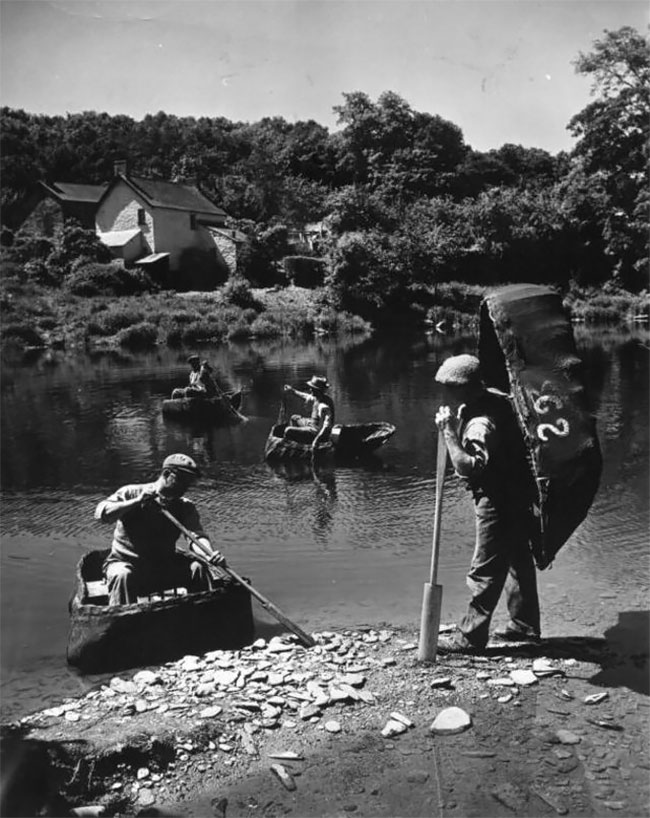 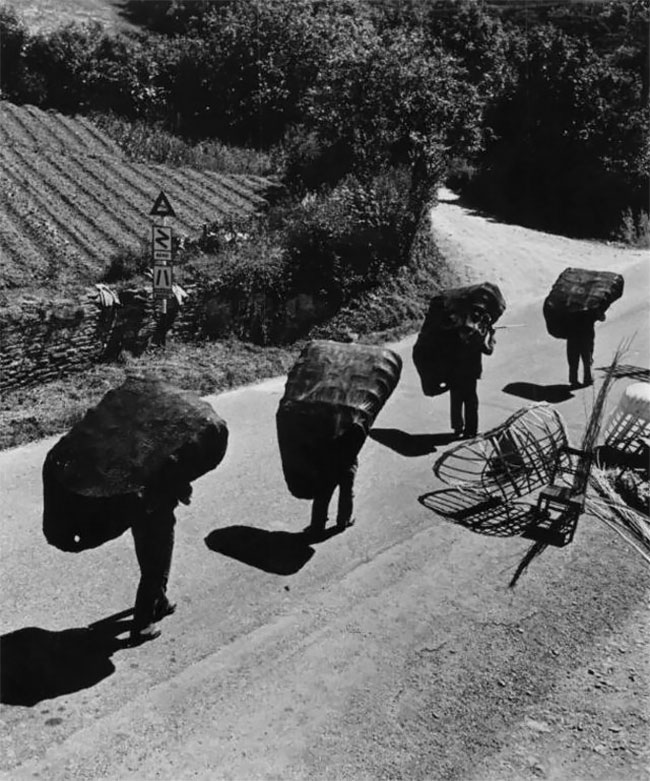 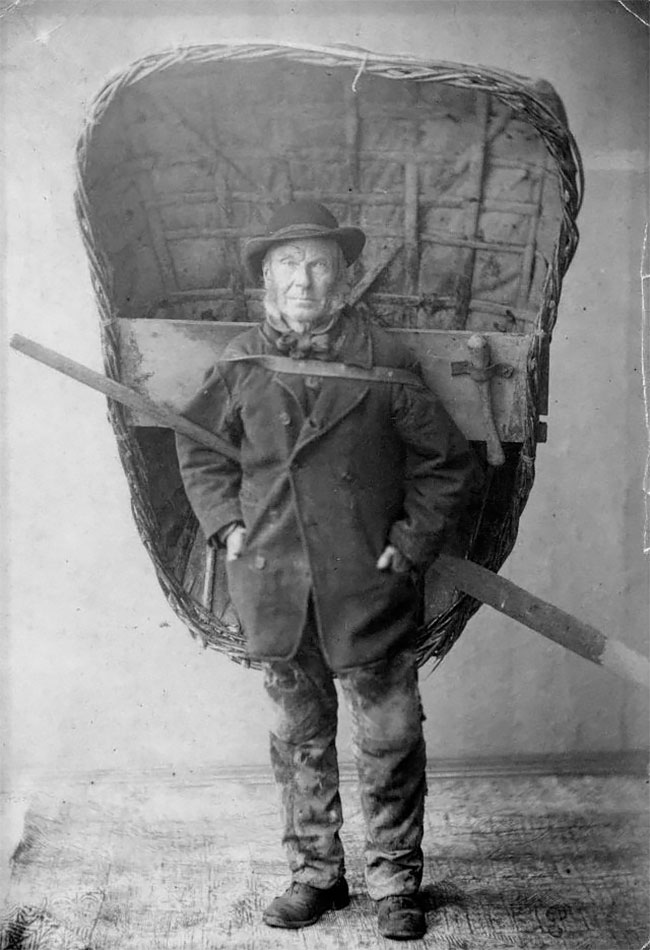 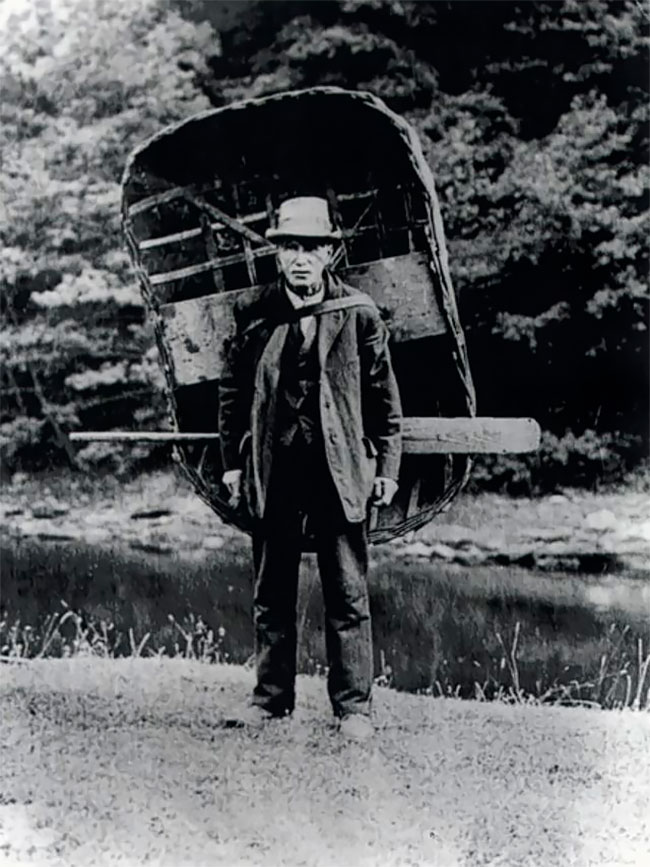 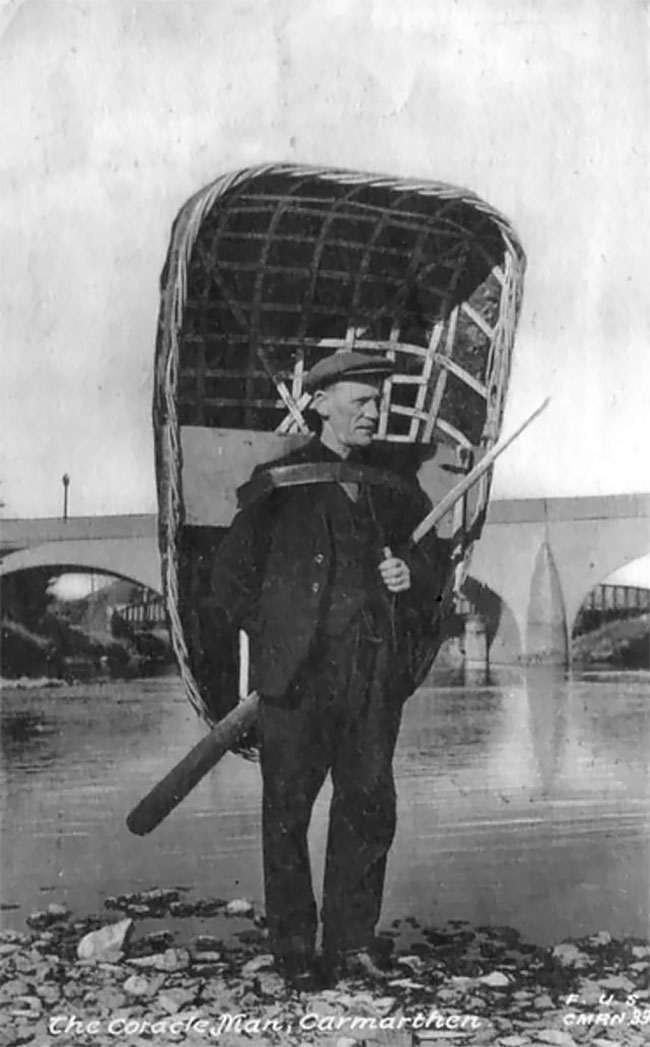 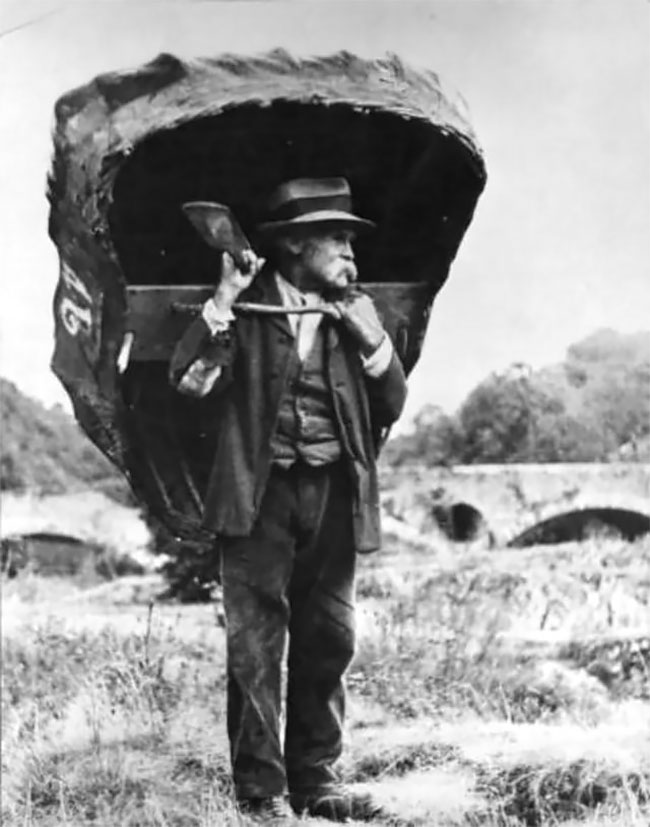 Gorgeous Illustrations From Prentzinger’s Celestial Atlas,1851
Tiny Paper Bookmarks Let You Grow Charming Miniature Worlds In Your Books
"Face Values": The Surreal and Disturbing Collage Portraits of John Stezaker
A Well-Dressed LEGO Alien Xenomorph Prepares For A Day At The Office
Hello, Is It Me You're Cooking For? Creative Ceramics By Lenny Mud
Bunch Of Artists Unite To Design The Interior Of This Surreal Bar And The Details Are Incredible
Eco Street Murals By NEVERCREW Duo
Sea Monkeys, X-Ray Specs, and the Twisted Secret Behind Vintage Ads from American Comic Books
Beautiful Vintage Portraits of Björk in the 1980s
The Mixed Media Experiences by 00Zhang
Inception Coffee Table By Stelios Mousarris
Through The Looking Glass: Designer Created Futuristic Silk Scarves Inspired By The Expressive Refraction Of Shape And Colours
Official Final Fantasy 14-Themed Weddings Now Available In Japan
This Guy Uses Cardboard As His Artistic Tools And People's Cars As His Canvas
For Design Geeks: Old School Tattoos That Pay Tribute To Famous Typefaces
Lovely Snaps Capture People With Their Cats Over 100 Years Ago
Tundra's Immersive Light Installation Puts Visitors Side-By-Side A Swimming Whale
Nose Warmers Exist For Anyone With A Face That Is Always Cold
Artist Creates Minimalist Masterpieces Out Of Food, Then Eats Them
Russian Craftsman Makes Stunning Wooden Zippo Lighters
“Before And After Design”: This Instagram Account Is Showcasing Incredible Redecorations
The Rise of Original Paint, Rust, and Patina: How Volkswagen Fanatics are Embracing the Unrestored Look
These Artists Makes Belgian Lake Mysteriously Glow
"Back To The Future": A Retro Hi Fi In A Dark & Cozy Man Cave
fisherman, ireland, retro

Potterheads Are Losing It Over This New Harry Potter Collection From Korea
A Night Stroll Along The Milky Way In Central China Inspired By Vincent Van Gogh’s Starry Night
A Broken Vintage Piano Turned Into A Unique Analog Hybrid Of 20 Instruments Connected To The Piano Keys
Someone Found An Old Photo Album Full Of Pics Of This Woman And Hollywood Celebrities In A Thrift Shop
"Impressions Of The Roaring Twenties": 40 Found Snaps That Show Lifestyle Of Young People In The 1920s
In 1909, The Strand Magazine Imagined What Would Happen If Giant Insects Attacked London
Cool Old Photos Show What School Looked Like In The 1970s
These Awkward Vintage Christmas Album Covers
Retro Thai Film Posters Tell You Everything You Want To Know About A Movie
The Art of Japanese Portrait Photography by Kishin Shinoyama
2007 ‒ 2023 by Design You Trust. Proudly hosted by WebHostingBuzz.
Privacy Policy · Terms of Service · Content Removal Policy ❤️ 🇺🇦