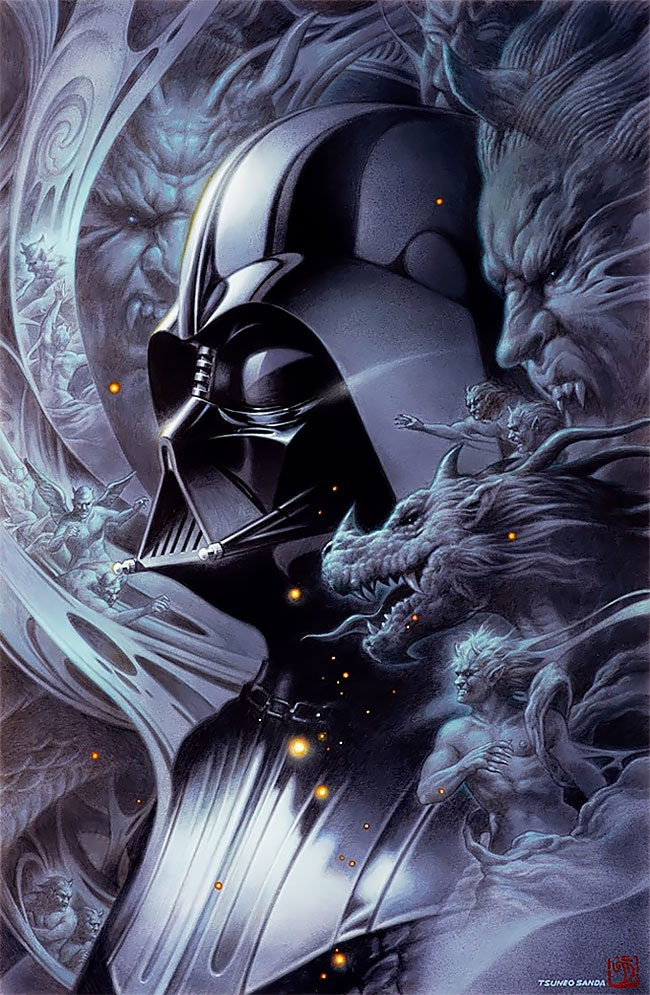 Artist Tsuneo Sanda was born in Osaka, Japan. He first came to Tokyo at age 23, and has been there ever since. He lives in a rural, residential town about 20km west of Tokyo with his wife, Sachicko, two sons, Kensaku and Sohei, and Vivian, their American Shorthair cat. 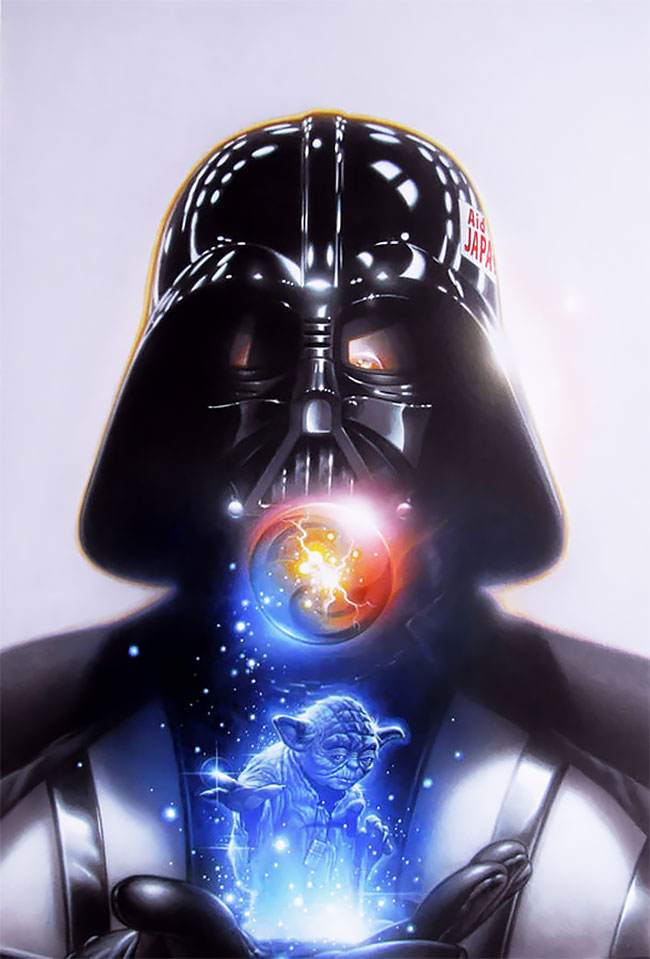 “My wife has many hobbies and more talent than I, even though she doesn’t realize it. My eldest son, Kensaku, is a third year student at Tokyo National University of Fine Art, where he is studying design. Sohei, my younger son, is in senior high, where he enjoys sports, especially soccer. He is interested in going to the same college as his brother, and is preparing for the entrance exams”. 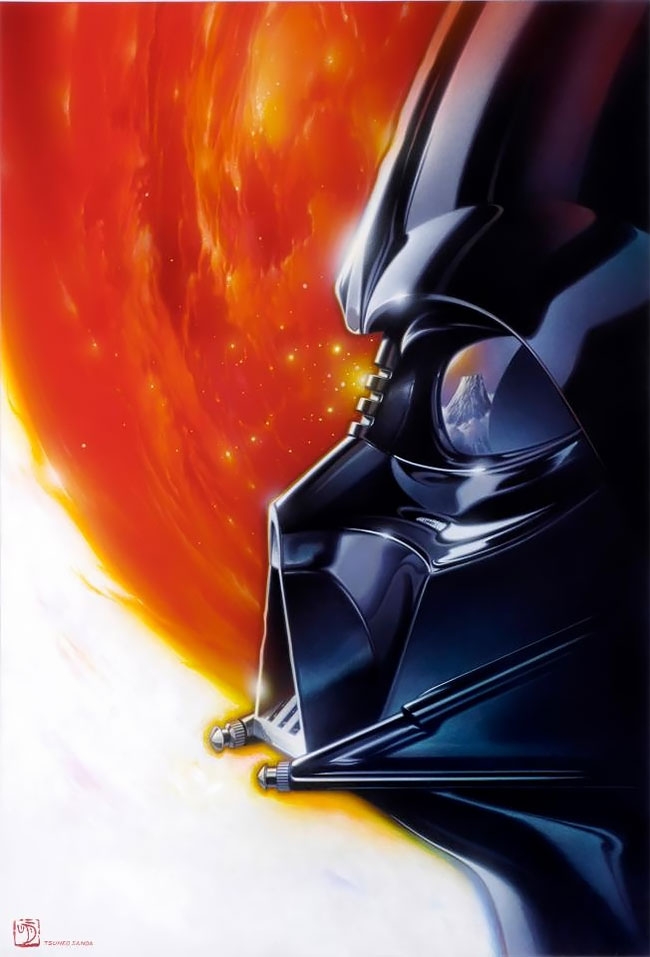 A Star Wars fan since 1977, A New Hope, which he describes as “filled with dreams,” continues to be “a part of my brain cells” even today. “The first few moments of each episode overwhelm me,” Sanda says, “exploding in my head like brilliant fireworks.” 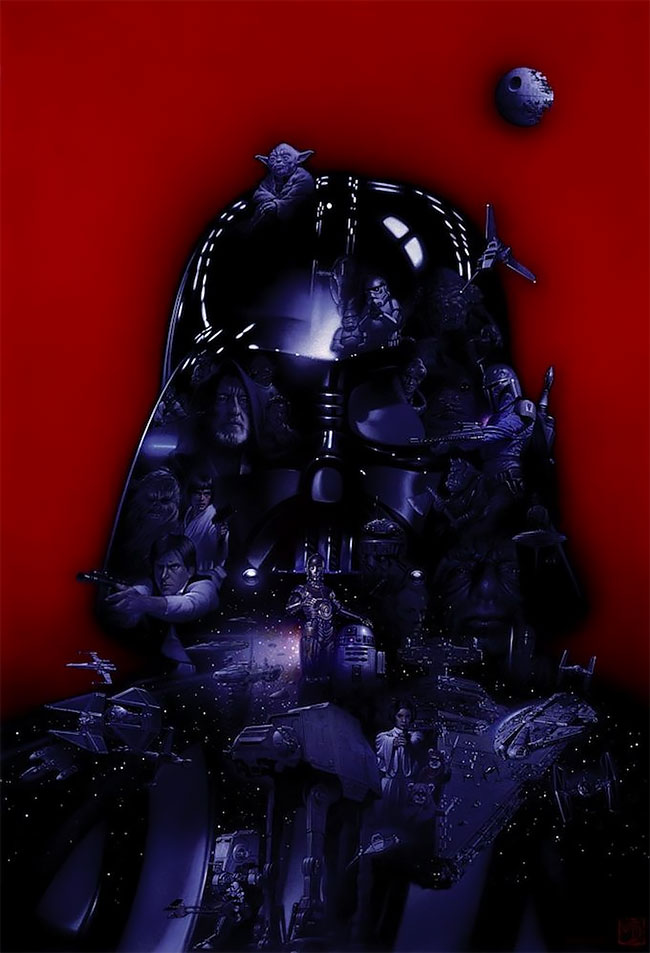 While he feels each of the main characters has their own, unique “individuality and attractiveness,” he doesn’t have any specific favorite subject, though lately he has taken a special interest in painting supporting characters. 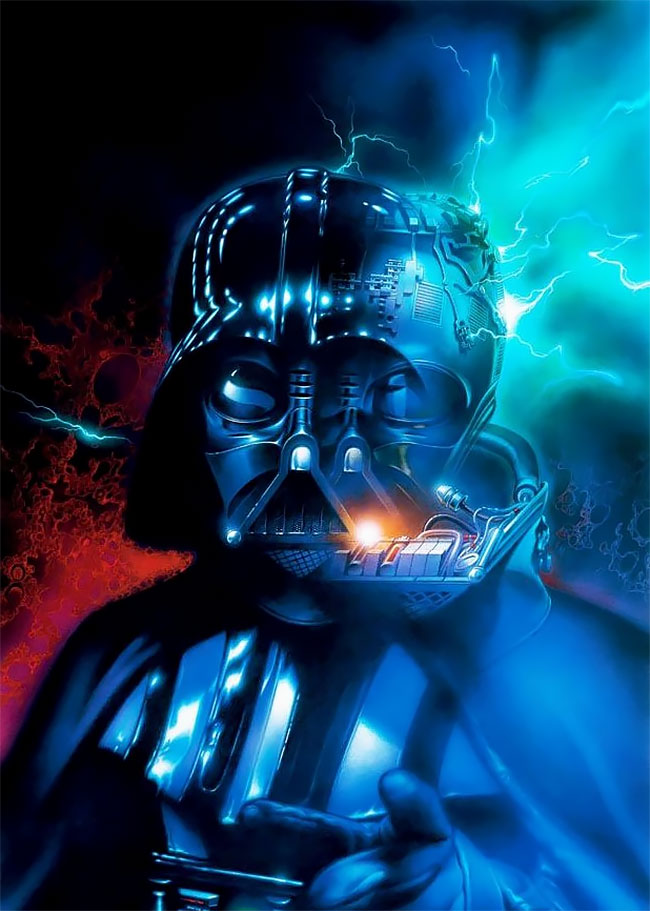 Of the Star Wars paintings he has created, his personal favorites are the 20th Anniversary montage and Cantina Celebration. However, he also greatly admires the theatrical posters as well. “They are all my favorites,” he says. 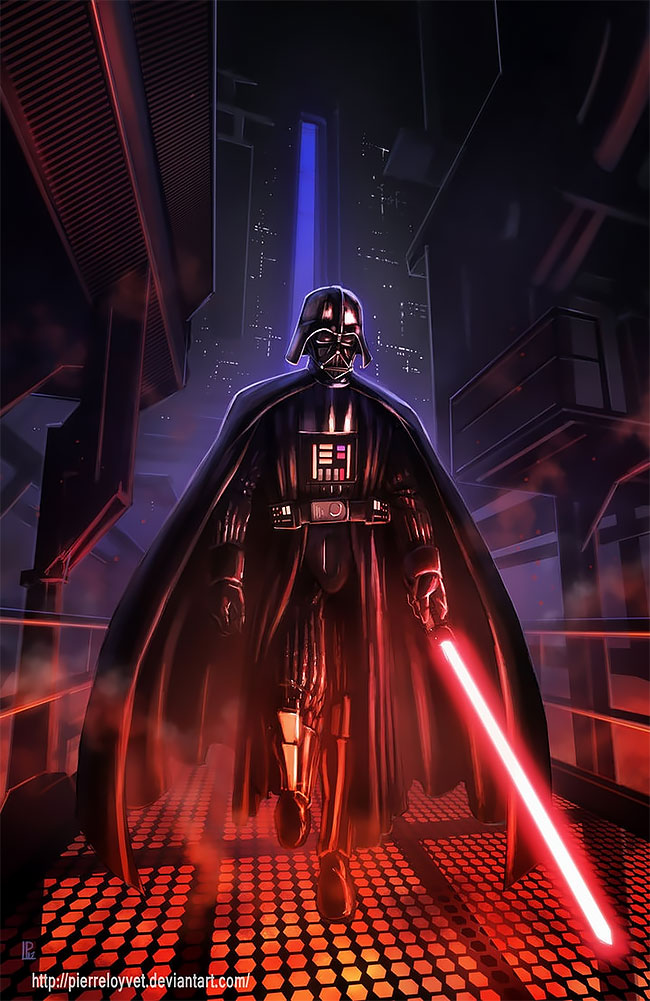 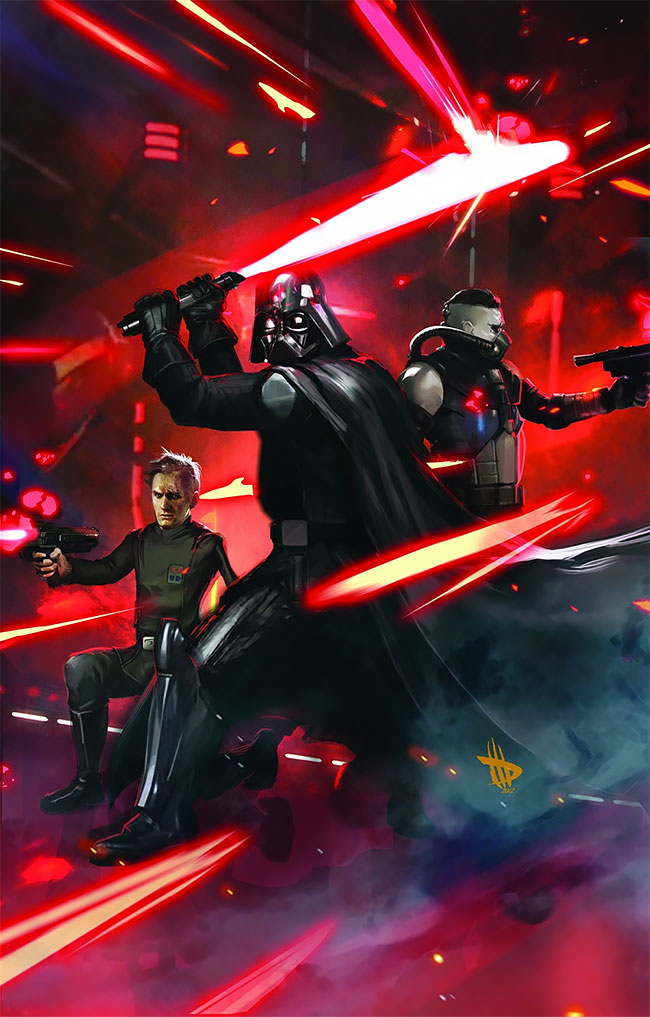 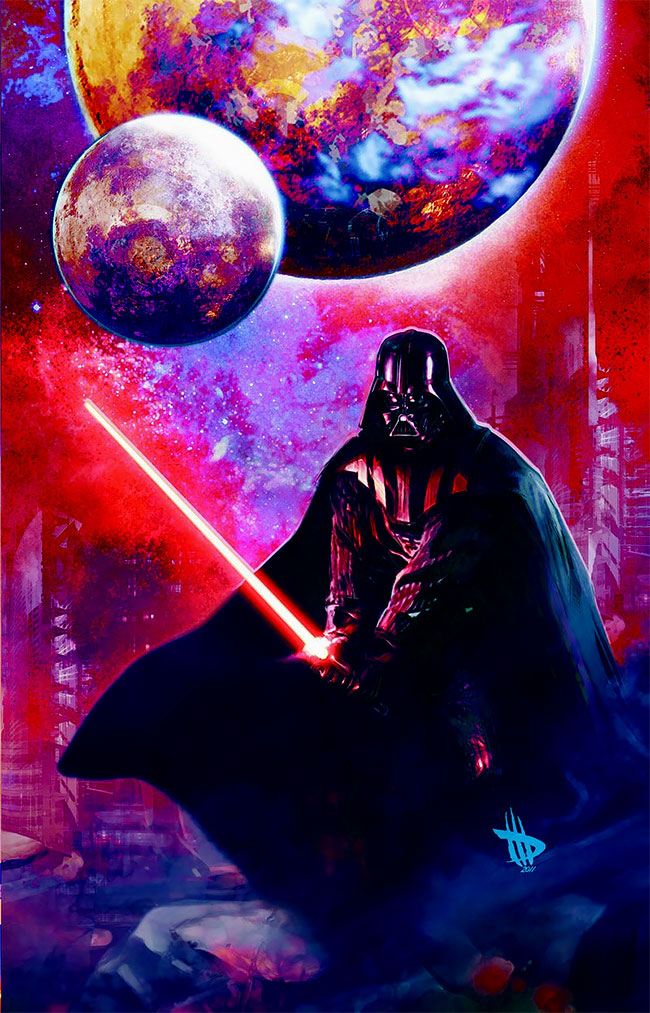 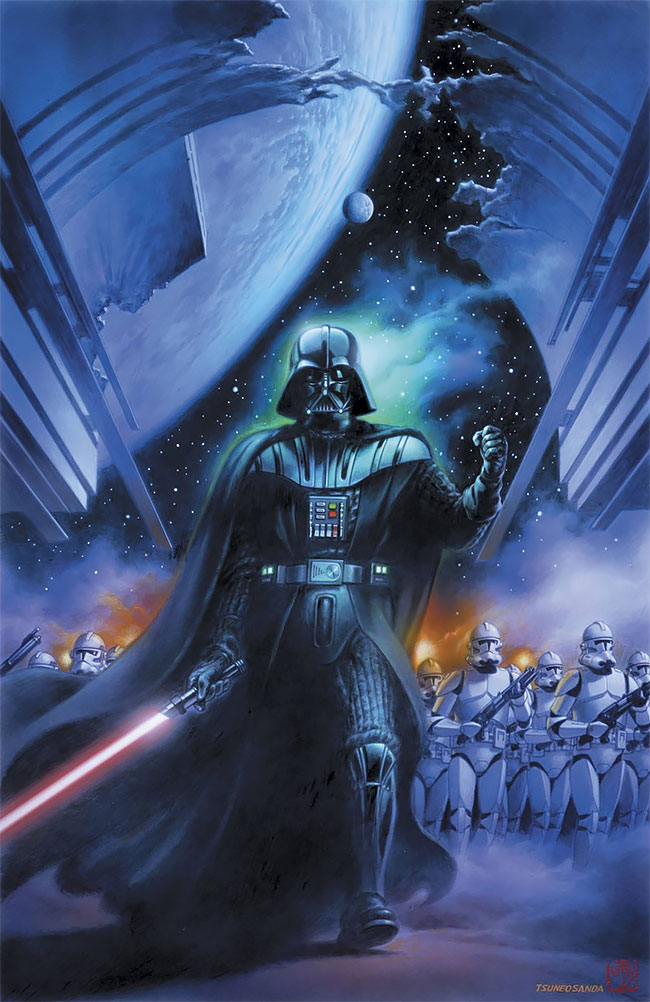 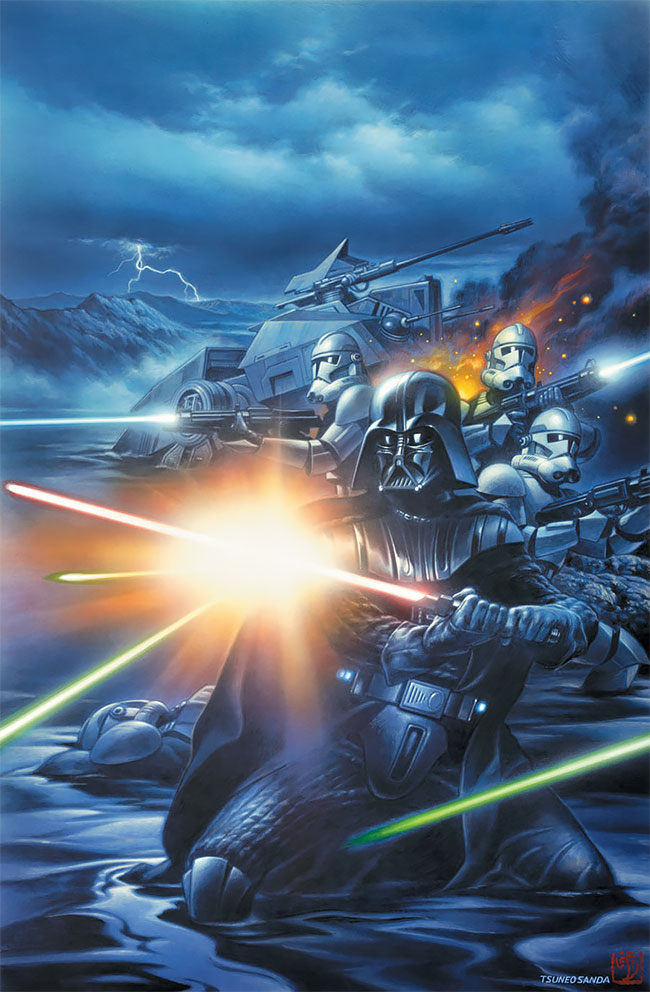 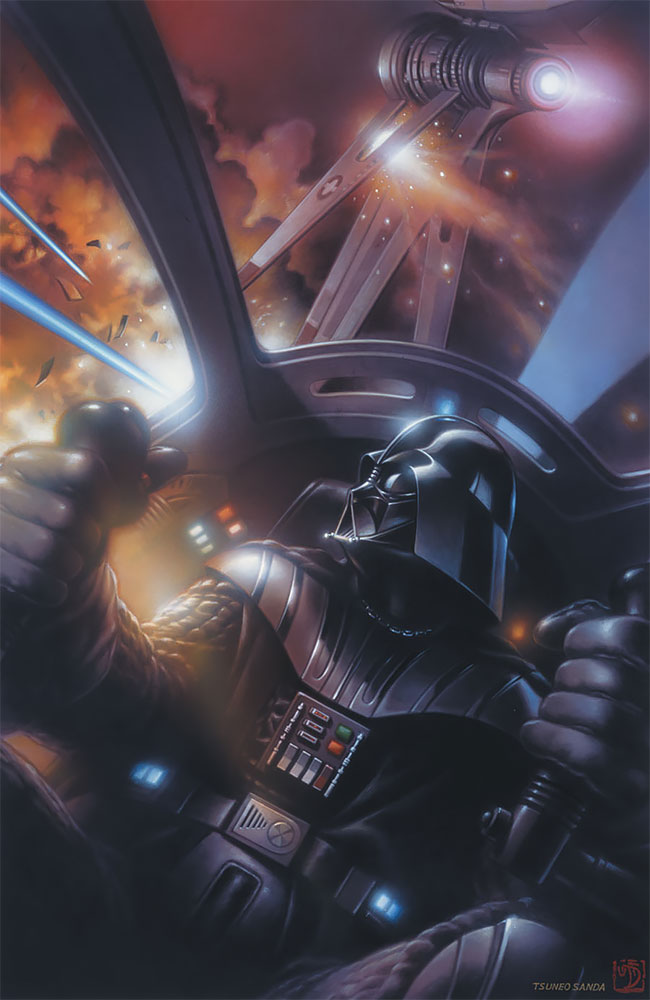 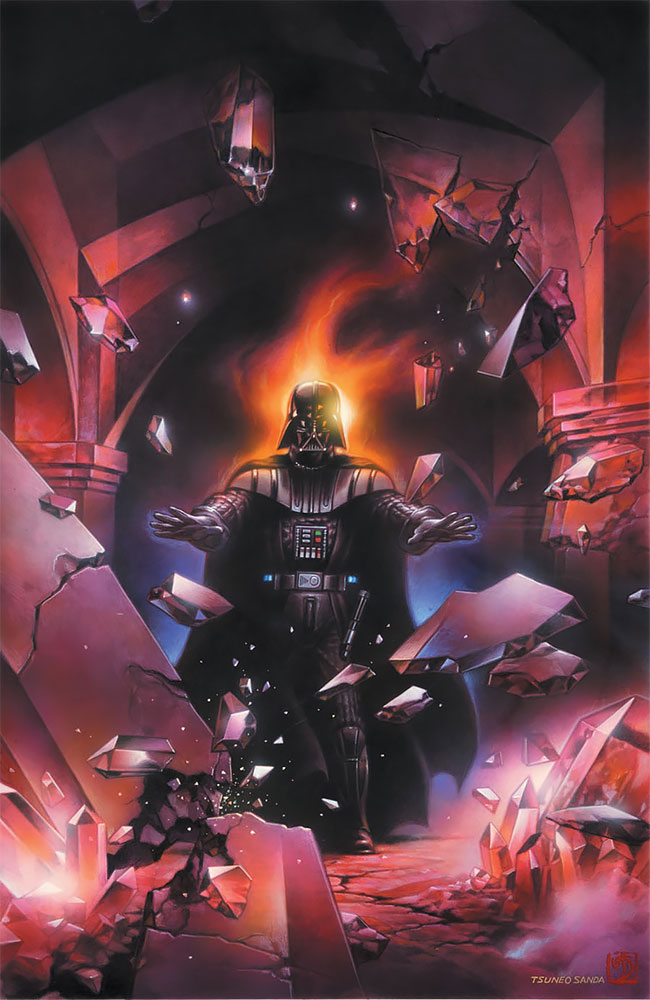 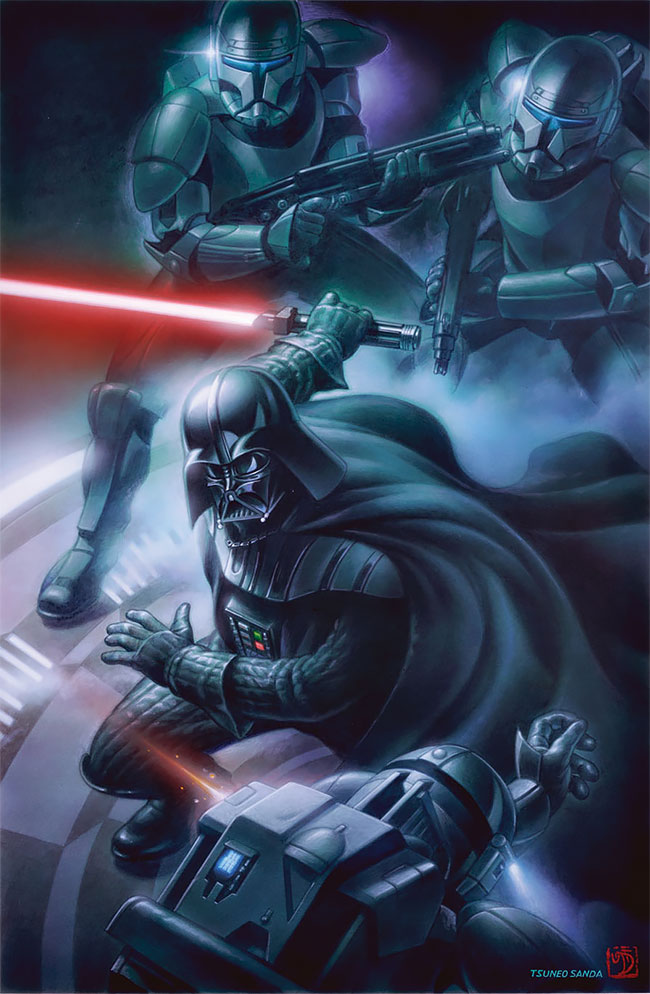 GIF Of Thrones: An Artist Creates A Weekly GIF That Corresponds To Each Episode Of 'Game Of Thrones' Season 6
A Collection Of 75 Worst Album Covers Ever. Probably.
What If Game Of Thrones Characters Worked In An Ad Agency
"The Land Of Slaves The Land Of Lords": Sad Elephant Amidst Russia’s Misery
If Disney Characters Used Instagram, This Is What You'd See
Polish Artist Started Painting Just Five Years Ago, Here Are His Oil Paintings With The Particle Of Hope
Vintage Album Covers From Yugoslavia Are Amazingly Awkward
Pushing Photorealism To New Levels Of Beauty: Amazing Paintings By Yigal Ozeri
Russian Artists Recreate Famous Paintings And Have Much Fun
"Dusk Of An Infinite Shade": The Superb Fantasy Oil Paintings By Steven Belledin
Source of inspiration since 2007. Proudly hosted by WebHostingBuzz.
Privacy Policy · Terms of Service · Content Removal Policy 🇺🇦 ❤️