This Optical Illusion Is the Most Beautiful Street Artwork in France 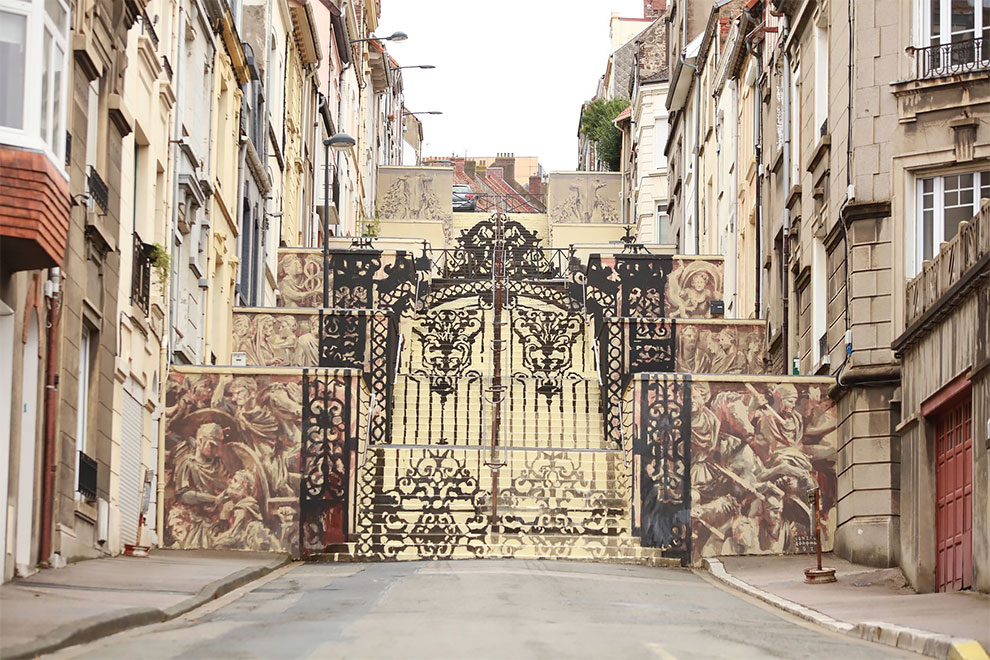 An impressive trompe-l-oeil fresco painted in the coastal city of Boulogne-Sur-Mer was recently crowned France’s most beautiful street artwork for 2020.

Every year, a popular French portal dedicated to urban art hosts a national competition to crown the nation’s most impressive street art. Thousands of votes are cast, and for last year, the title went to an amazing artwork created by Spanish street artist Gonzalo Borondo, on the city’s rue Jules Baudelocque, last summer. From the right angle, it looks like an elaborate metal gate, with detailed bas-reliefs on either side, but a closer look reveals it to be just an optical illusion.

Gonzalo Borondo is an accomplished street artist, whose works adorn buildings and streets all over the world, but this win is definitely a nice feather for his cap. 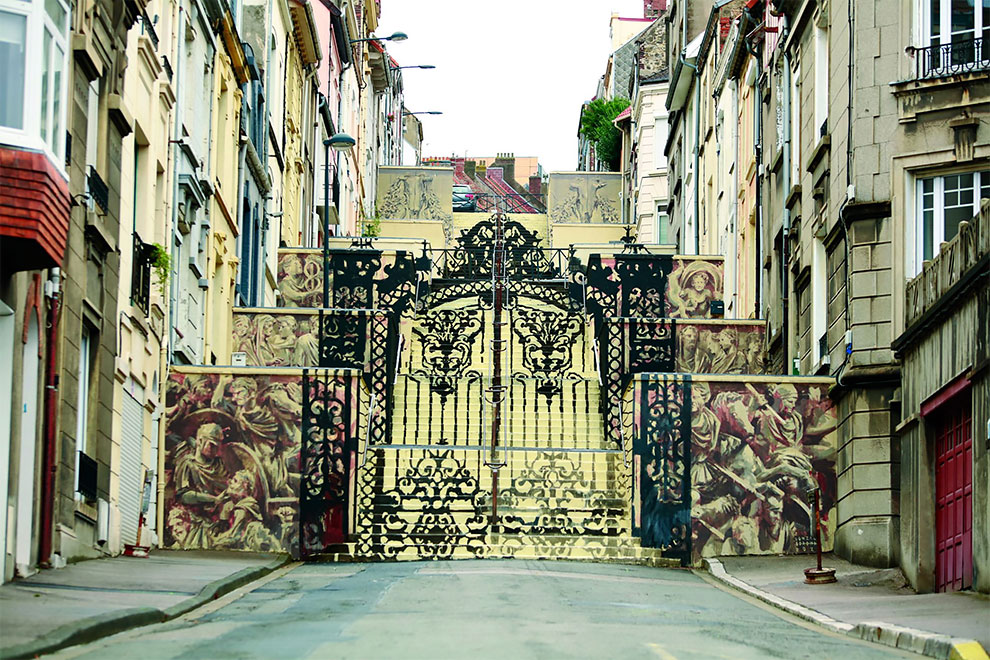 Located on this grand staircase on rue Jules-Baudelocque in a traditional district of Boulogne-sur-mer, Borondo’s fresco is meant to be an allegory of life, according to Abid Amziane, the head of the city’s street-art festival. 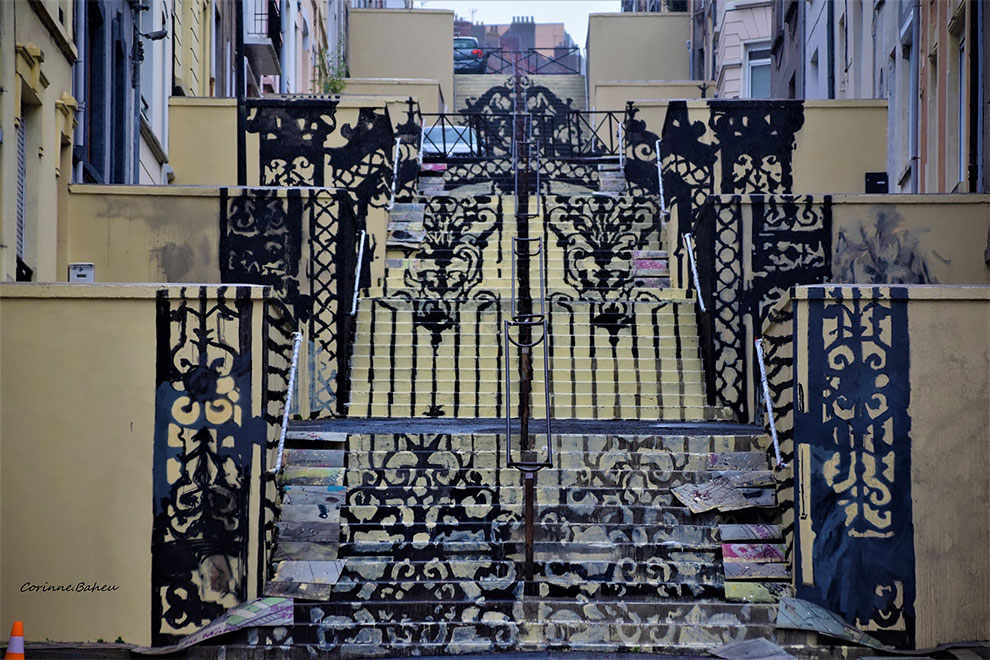 “You first see a closed door, and you may think that in life everything is closed. But by going up on each step, you reach stages, like consciousness, or free will. And at the seventh and last level, you understand that life has just started, and that you should never let go,” Amziane said.

Interestingly Gonzalo Borondo’s street artwork is unfinished. Because of the rain, the Spanish artist could only work his magic for four days, instead of the planned seven, so he is expected back this year to finish the masterpiece. If it already looks good enough to win the prestigious Golden Street Art prize, I wonder how it’ll look when it’s done.

Places I'd Love To Live In: Beautiful Illustrations Of Lovely Places By Darya Shnykina
'The Collectivity Project' by Olafur Eliasson
Universo Chatarra: The Scrap Universe of Alejandro Burdisio
Atmospheric Photographs of France in the 1940s Through a German Soldier’s Lens
Artist Turns Her Lucid Dreams Into Whimsical Paintings
Artist Creates Impressive Portraits Using The Humble Kitchen Salt
These Designers Remade Iconic Logos In Different Styles, And Here Are The Results
19-Year-Old Artist Takes Self Portraits To Create These Surreal Compositions
Honest Posters Showing What Women Should ‘Thank A Feminist’ For
NYC Taxi Drivers Calendar
Meet Rammehar Punia, A ‘Rubber Man’ From India Who Has No Problem Looking Over His Shoulder
"Annihilation of Humanity": The Superb Metal Bands Logo Design by Irina Voland
DeLorean Motor Company
Creative Eroticism: How These Funny Ads Get Around Censorship
Pretty Anime Girls by The Artist Little Thunder
A Hard-hitting Campaign Against Child Abuse
Stress Relief Service In Moscow
Artists From Different Countries Create Art About Protests In Belarus
This Artist Delivers “The Good News” With Upbeat Street Flyers
Two Friends Start Free Mobile Laundry Service For Homeless
Exercise Your Demons: Funny And Delightful Illustrations By Randyotter
Mysterious Doorways into Foods
Now You Can Look Like A Void With This $22 Vortex Hoodie
The Distorted Street Faces of Andre Muniz Gonzaga
3d, france, Gonzalo Borondo, illusion, optical, streetart