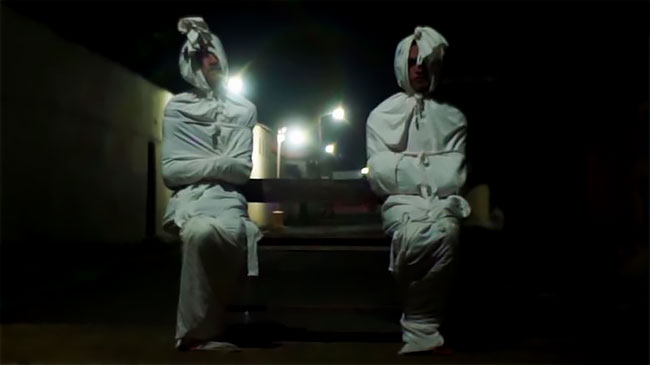 In an attempt to make people respect the quarantine lockdown, a village in Indonesia is using volunteers dressed as ghosts.

The place is located in Kepuh village, on Java Island and as of last month, it started deploying the patrols at night. The reason why the locals took this decision is because ghostly figures known as “pocong” are said to represent the trapped souls of the dead in Indonesia, BBC reports. 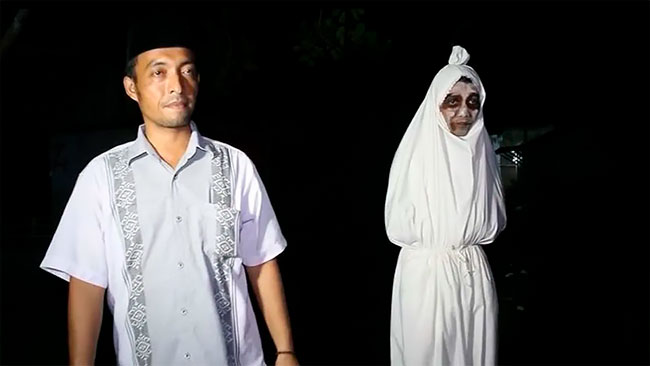 So far, Indonesia has reported more than 5,000 new cases with the deadly virus infection, and more than 400 people have died. 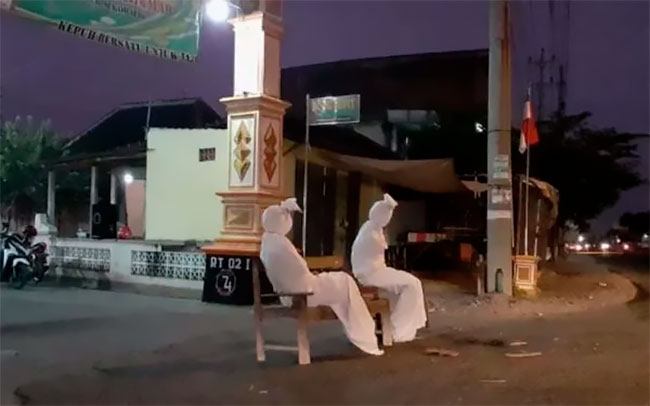 But many people believe that the total number of people infected are much higher, as the authorities are trying to hide the real number in order not to create panic within the local population. 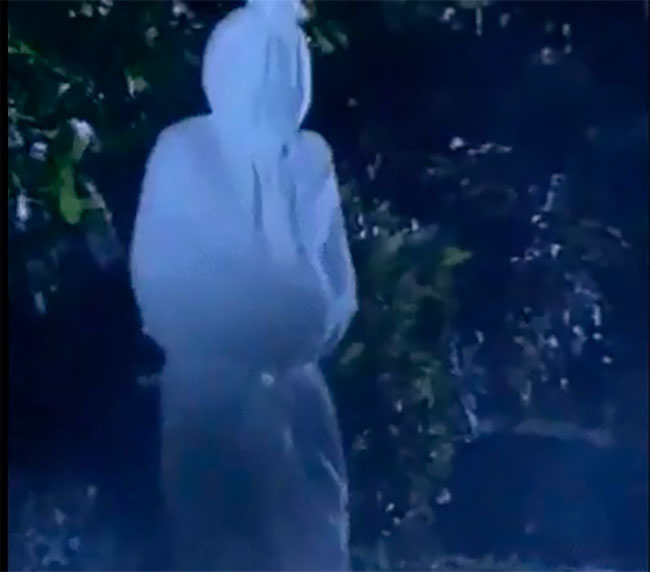 However, on the other hand, the unusual tactic had the opposite effect – people coming out to try to spot the volunteers. 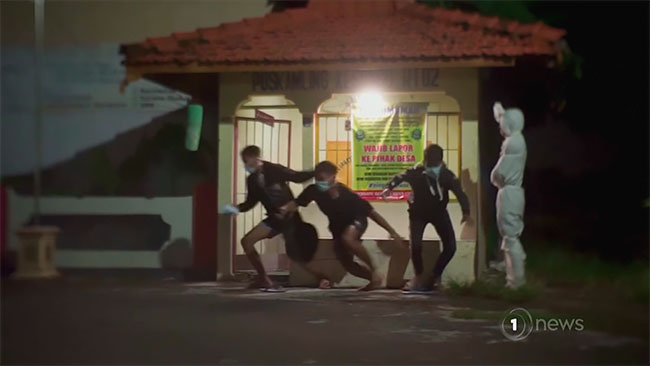 A few weeks going forward, locals say that things have improved: “Since the pocong appeared, parents and children have not left their homes,” resident Karno Supadmo told Reuters. “And people will not gather or stay on the streets after evening prayers.” 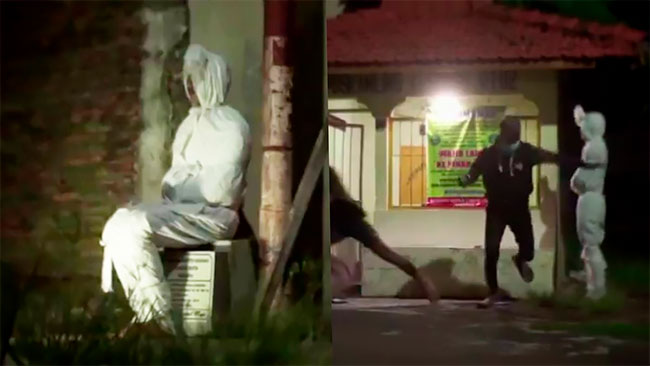 Anjar Panca, keeper at a local mosque, told the Jakarta Post the initiative worked because it reminded residents of the potential deadly effects of the disease. 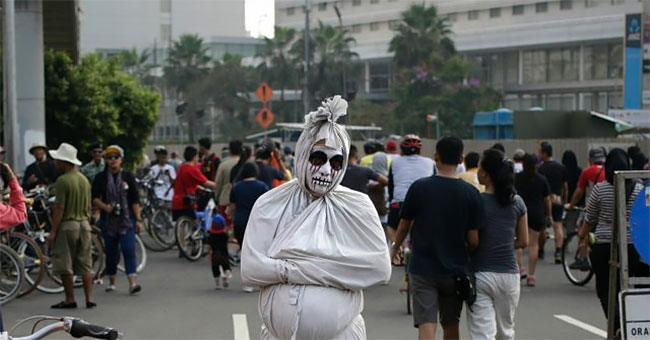 Mapping The Machu Picchu - How Google Builds Its Maps
This New Restaurant Concept In San Francisco Has No Visible Staff
Contadora Island Resort In Panama Became An Abandoned And Forgotten Place
"Enfarinats" Festival – The Battle With Flour And Eggs In Spain
Guy Visits Locations Of Famous Movies To Compare How They Look Like Now
Cozy School Bus Conversion
Holiday Decorations Around the World
Photographer Combines Movie Scenes With The Actual Places In A Single Frame
Japanese Hermit Masafumi Nagasaki Lives Naked and Alone on Sotobanari Island
Silent Hill
Diwali, the Hindu Festival of Lights
Probably, This Is The World’s Most Peaceful Toilet
Woman Parodies Perfect Instagram Travel Photos With Hilariously Unphotogenic Selfies
You Can Rent Out this Eerie, Abandoned Wizard of Oz Theme Park
On the Sidelines of the Brazil World Cup
Guatemalan Grave Cleaners
Costumed Characters Converge On Spanish Town
Inside the Gruesome Mummies of Guanajuato in the 1950s
The Mighty Oak Planted In An Abandoned Dovecote
Surfers Tackle Deadly Waves At Portugal City Of Praia Do Norte
The Tiny Island Housing London's Last 'Coronavirus-Free' Community
Cool Cartography: The Art Of Mapmaking
Carnival Of Venice 2016
The Nomadic Life of a Man who Lives in a Camper Van
This Public Toilet At The Central Bus Station In Russian Voronezh Is So Romantic They Lit Candels In It
A Sunny Autumn Day At The Hitachi Seaside Park
Recluse From Chusmuy
Tons Of Juice Flooded The Streets Of Russian Cities
Glamorous Vintage Camper Is Your Midcentury Dream Home On Wheels
Lost City Shicheng Found Underwater in China
coronavirus, ghosts, indonesia, quarantine, scare