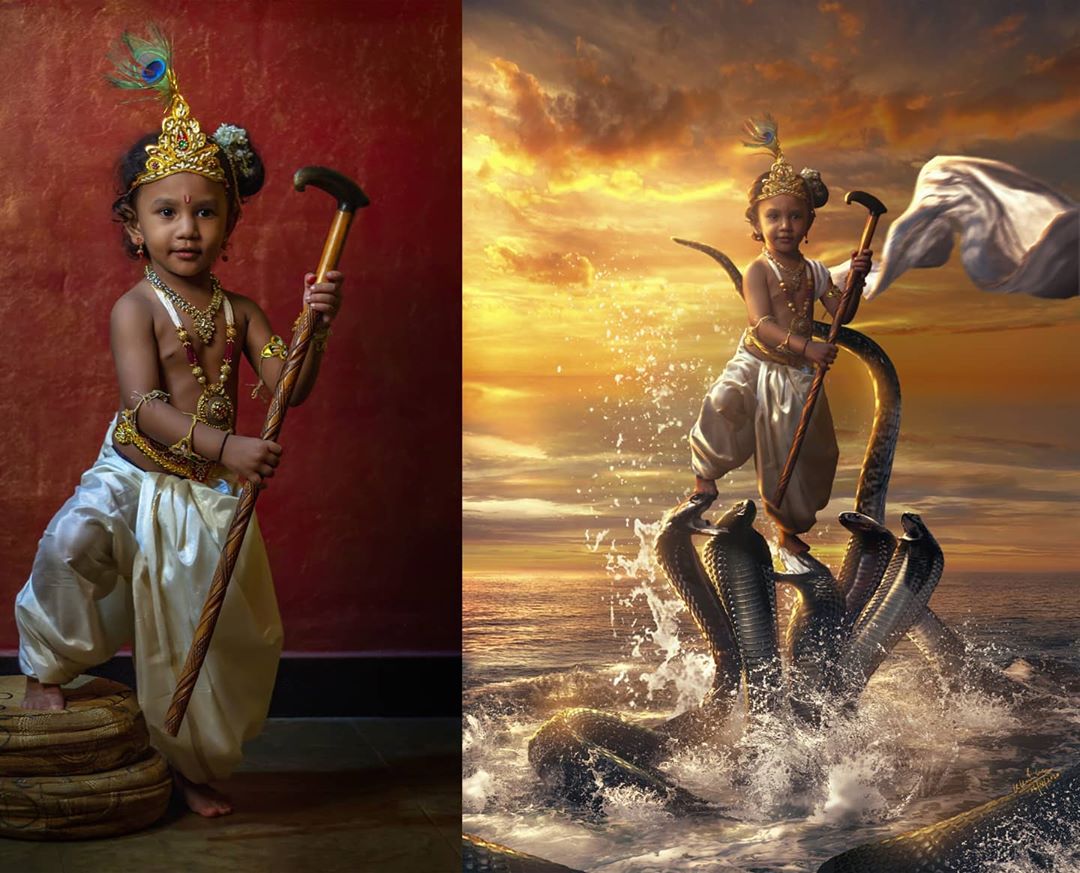 We hear so much about Photoshop gone wrong in pics on social media that we don’t really expect much from it anymore. But the graphic designer Karan Acharya is proving that photo editing can be an art form in itself.

This Bangalore-based animator and photo editor has been sharing his colorful illustrations with his Instagram followers. But it was only after he posted a mind-blowing photo edit of a little boy as Krishna that everyone went speechless. He immediately got thousands of requests from people asking to get their everyday snaps photoshopped into breathtaking mythological sets.

And Karan delivered. It seems there’s nothing impossible to the guy, and he’s likely to have his inbox burst if it hasn’t already. 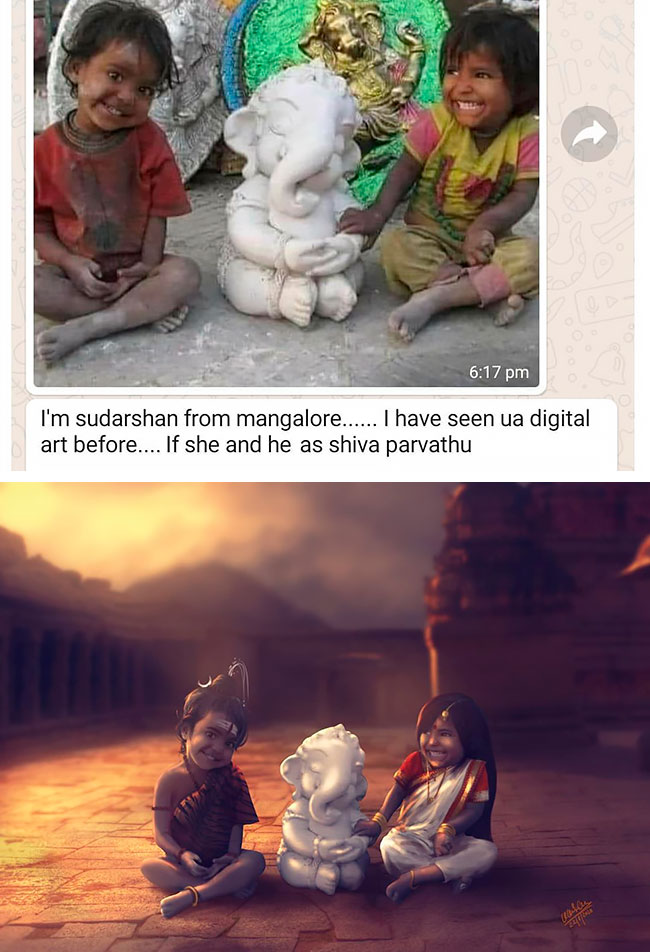 Karan Acharya is an experienced graphic designer who now works as a creative director at Paridhi Media Works. After having graduated from Rhythm Art School in Kasaragod and 3D Design at the Institute of Thrissur in Kerala, Karan first made headlines some time ago.

He is known for having created an intense-looking vector-style graphic of Lord Hanuman for a local event in 2015, which has since gone viral in India. Karan’s design was seen on car bumpers, phone covers, window displays, and t-shirts all across the country. 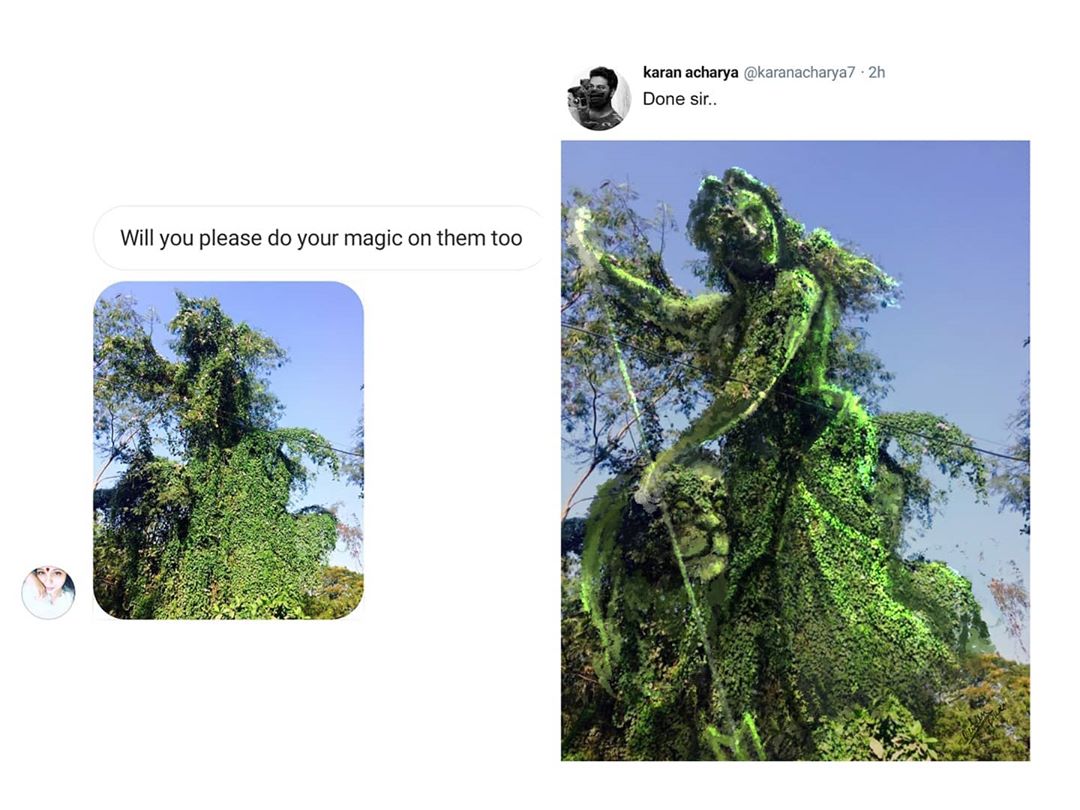 The design became such a hit that Karan said it got snatched by a filmmaker who used the image for his film poster without his permission.

The same viral “angry Hanuman poster” was also praised by Prime Minister Modi. “My friends were calling me continuously on Sunday. I thought they were calling normally, but one of my friends texted me that the Prime Minister praised my painting. I didn’t believe at first,” Karan told news agency ANI.

He said it was the biggest achievement in his life so far and made him a rising star in the area. Today, Karan is busy with working on mesmerizing photo edits, illustration, and commercial branding. 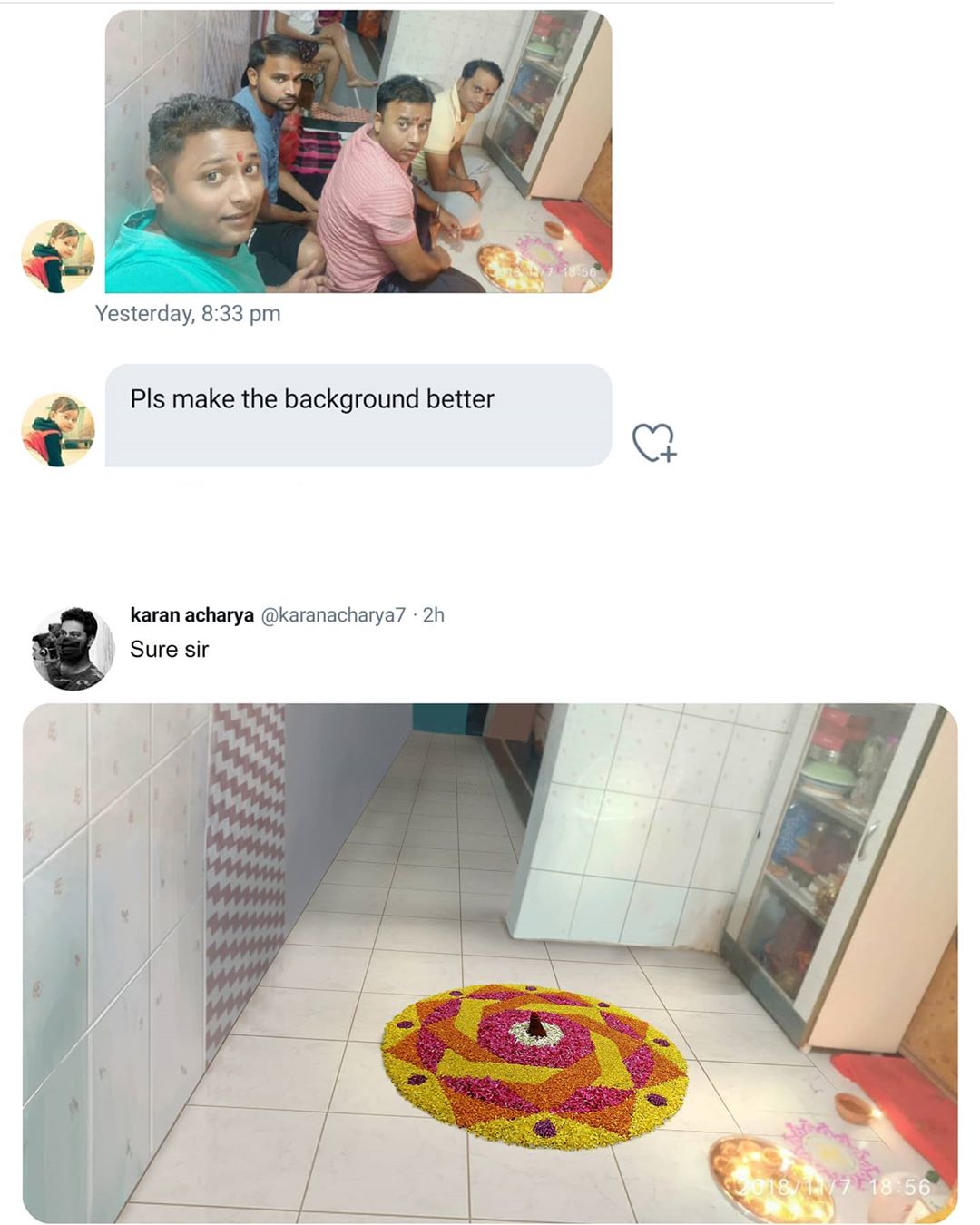 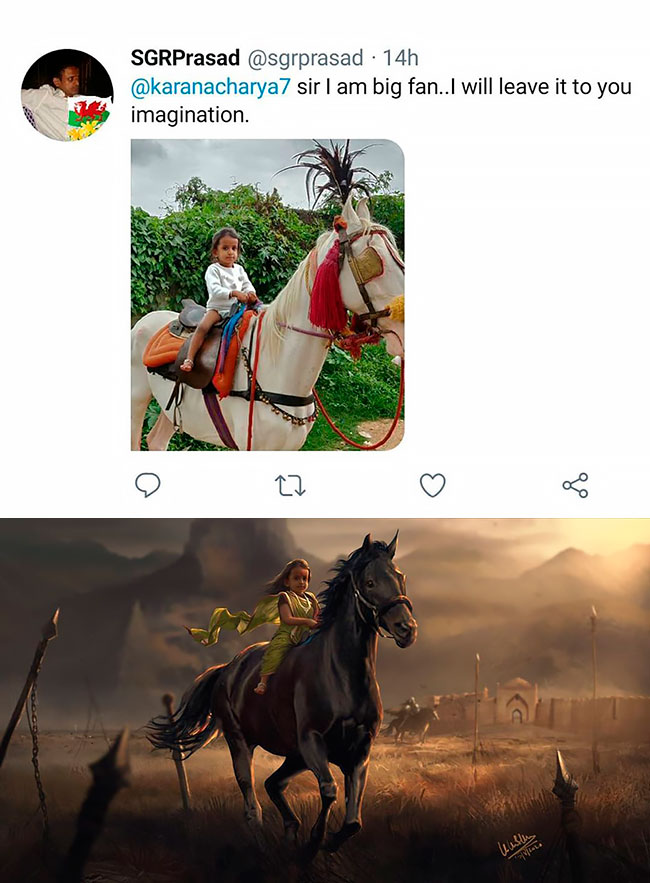 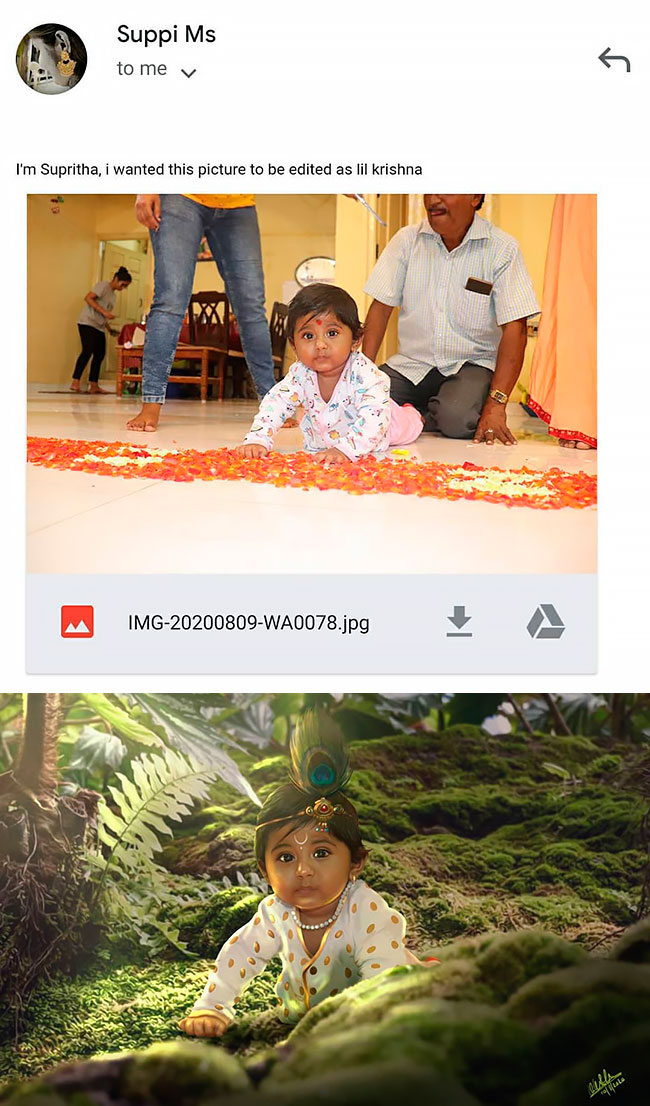 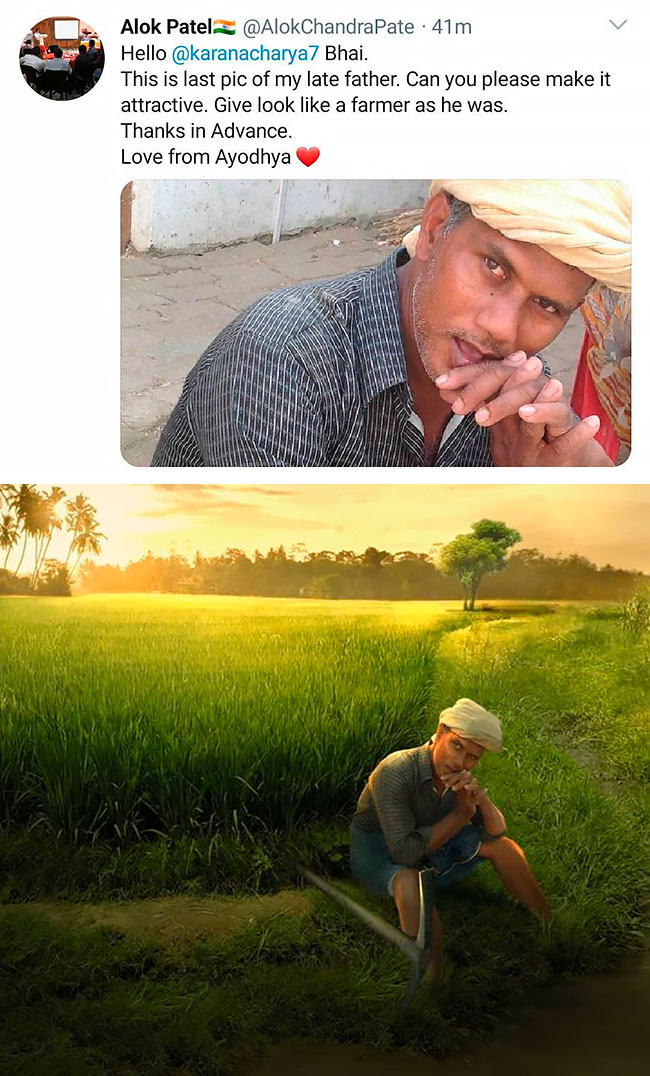 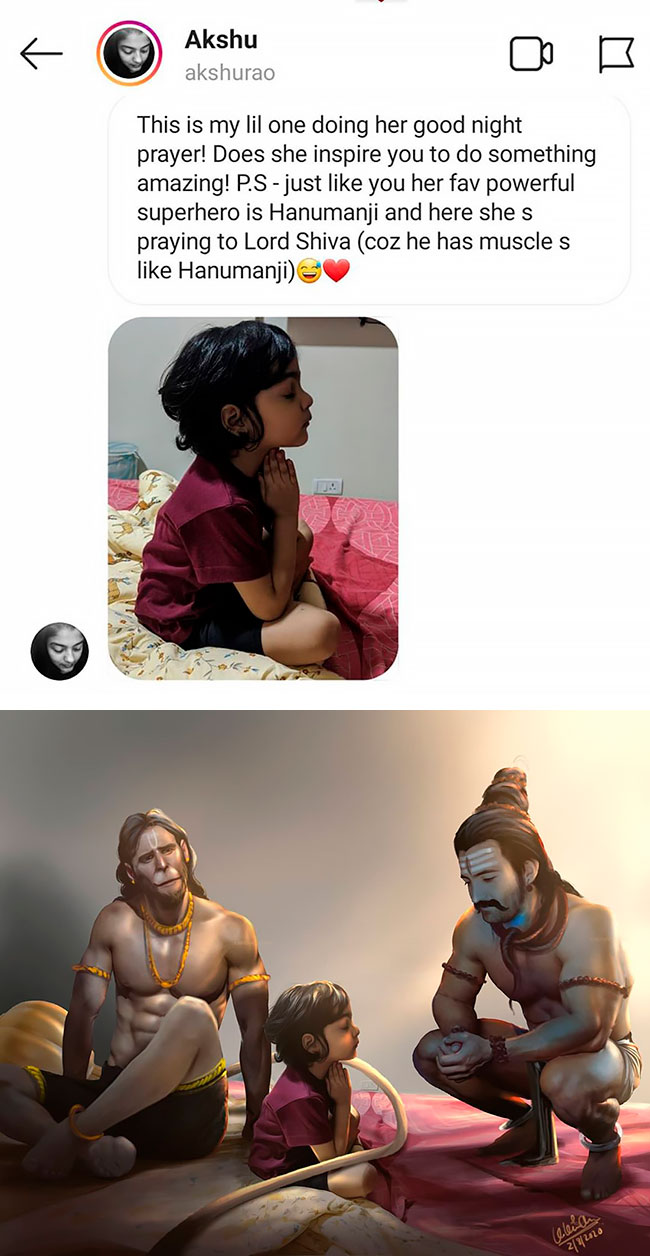 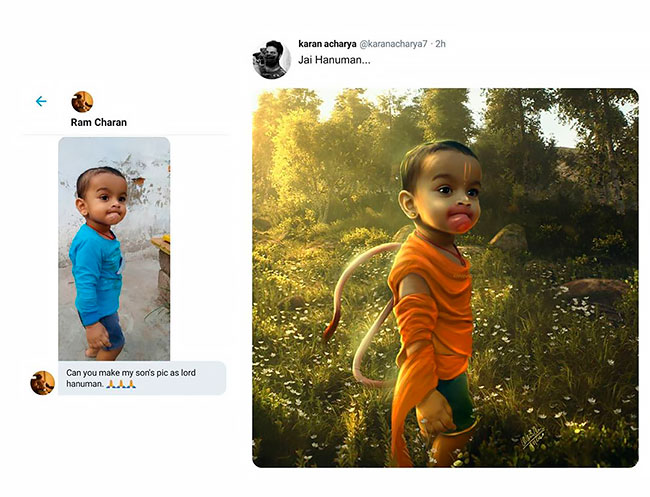 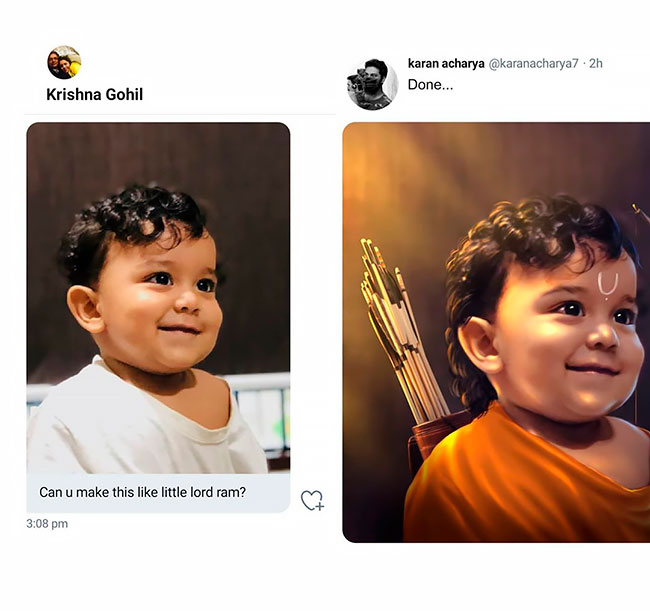 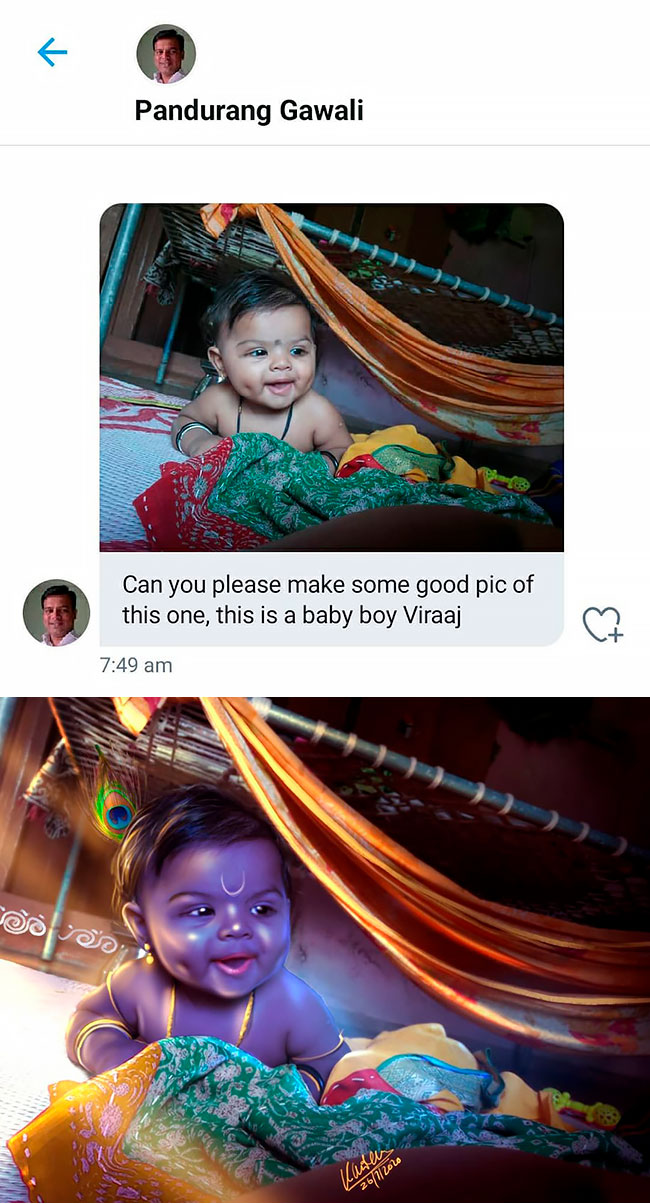 Necono The Cat Digital Camera
75 Honest Out Of Context WikiHow Captions You’ll Feel Guilty For Laughing At
Paint-Ception: This Artist Painted Himself Painting Himself In An Incredible Recursive Self Portrait Series
The Liquid Typography by Alex Valentina
The Bridges of Hyperion: The Superb Cyberpunk and Sci-Fi Art Works of Lazaro
Slavik’s Fashion: The Most Stylish Hobo in The Ukraine
An Artist Captured the Innocence of Childhood by Photographing His Three Sons
Urban Interventions By Sath
COVID-19 Social Distancing Guide In European Countries
Fears of Eros, Dreams of Thanatos: Sensual Illustrations by Alex Varenne
Gabriel Khiterer Captures Majestic Portraits Of Stray Cats
Programmer Decided To Do Something That Would Get Her Away From The Computer - Started Making Driftwood Portraits
Photographer Captures Intimate Portraits Of Kids Posing With Wild Animals
Artist and Gulf Veteran Creates Portraits of Famous Faces Using Thousands of Old Keyboard Pieces
These 8 Paintings Are Filled With Easter Eggs That Are Only Visible When You Zoom In
'Error Trump': A Playing Card Set Displaying Windows Errors Exists
"Tears in the Rain": The Superb Digital Sci-Fi Concept Artworks by Daniel Liang
Bon Jovi Really Loved Wearing Ridiculous Outfits In 1980s
Grieving For The Lost Childhood: The Creepiest Graffiti Of Pripyat
The Finesse of Evil: Superb Concept Art Works and Sketches by Dominik Derow
Clever, Well-observed Editorial Illustrations from Toronto-based Peter Thomas Ryan
Li Wentao’s Cryptic Paintings of Contemplative Women
India To Use 3D Paintings As Speed Breakers To Slow Down Dangerous Drivers
Auto Mechanics Strike A Pose With Hilarious Renaissance-Style Paintings
digital, edit, india, paintings, portraits

Stunning Illustrations By Michal Lisowski That Will Make You Think How Fragile Our Life Is
Emotional Backstage Portraits of the Emmy Awards Nominees
Brutally Honest Illustrations About Life
"It Commands Respect Wherever It Travels!" – Cadillac Ads In The 1960s
This Collection Of Web Comics Really Explains What Its Like To Be A Gamer
Sweet Disney Princesses Stalked By Villains From Hell
This Reddit Community Is All About Sharing Cases Of “Mild Vandalism” And Here Are The Best Examples
"Spaced Out": The Superb Space Filled Digital Artworks of Leslie Ann
Portraying Black Power Through Afrofuturism
Gods & Beasts: Raw Portraits Show An Ambiguous Hierarchy Between Humans And Animals
2007 ‒ 2023 by Design You Trust. Proudly hosted by WebHostingBuzz.
Privacy Policy · Terms of Service · Content Removal Policy ❤️ 🇺🇦