New York City By Martin Lewis: In The 1930s An Australian Emigree Captured The Essence Of The City 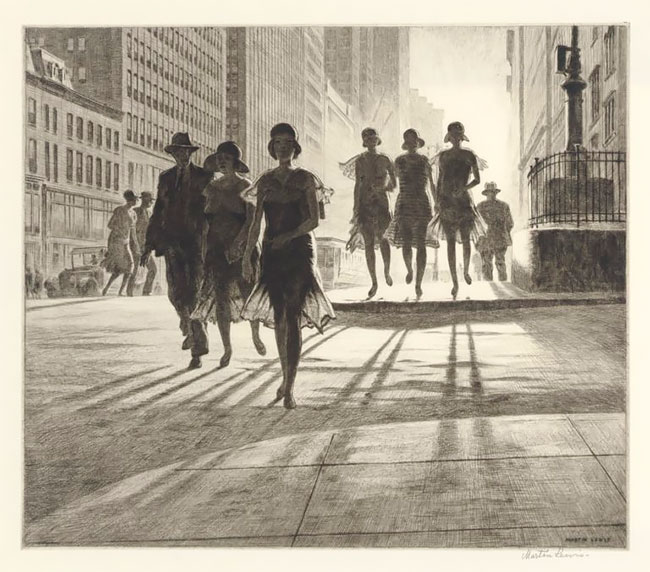 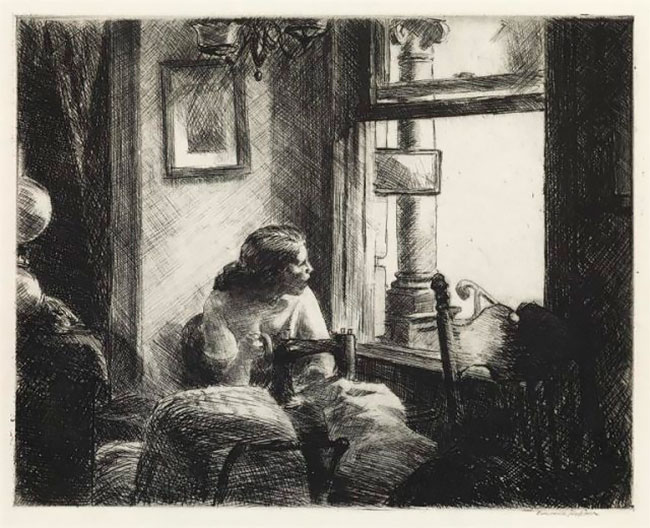 The air tingles at the sense of acute urban loneliness in his etching of a woman darting down into an otherwise empty Subway late one night. You get a sense of human isolation and failure among the thrusting, soaring New York of the planners’ dreams. 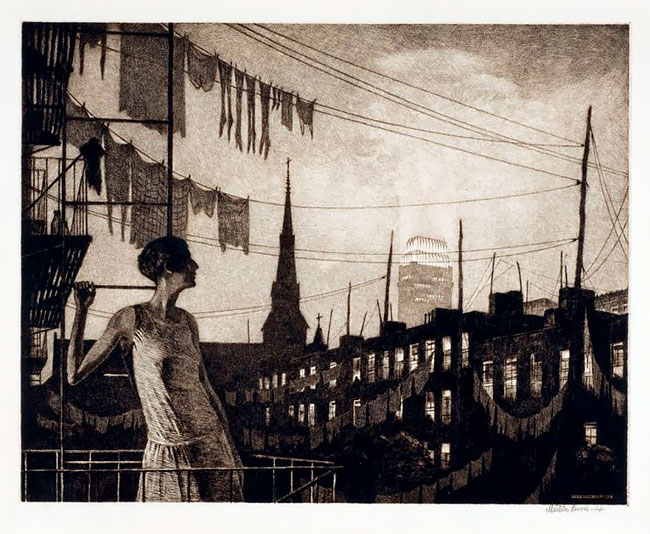 During the onset of the Great Depression in the early 1930s, artists found working in a treacherous financial climate in the already expensive New York City, a lifestyle hard to maintain. This necessitated Lewis’s move, somewhat reluctantly, to Sandy Hook, rural Connecticut in 1932. Here, he concentrated on painting pastoral landscapes in a departure from his previously celebrated urban subject. He also produced small-town drypoint printed scenes. His paintings, expressionist in style and with much greater consideration for nature as predominant, reflected his surroundings, but were not favoured by collectors. 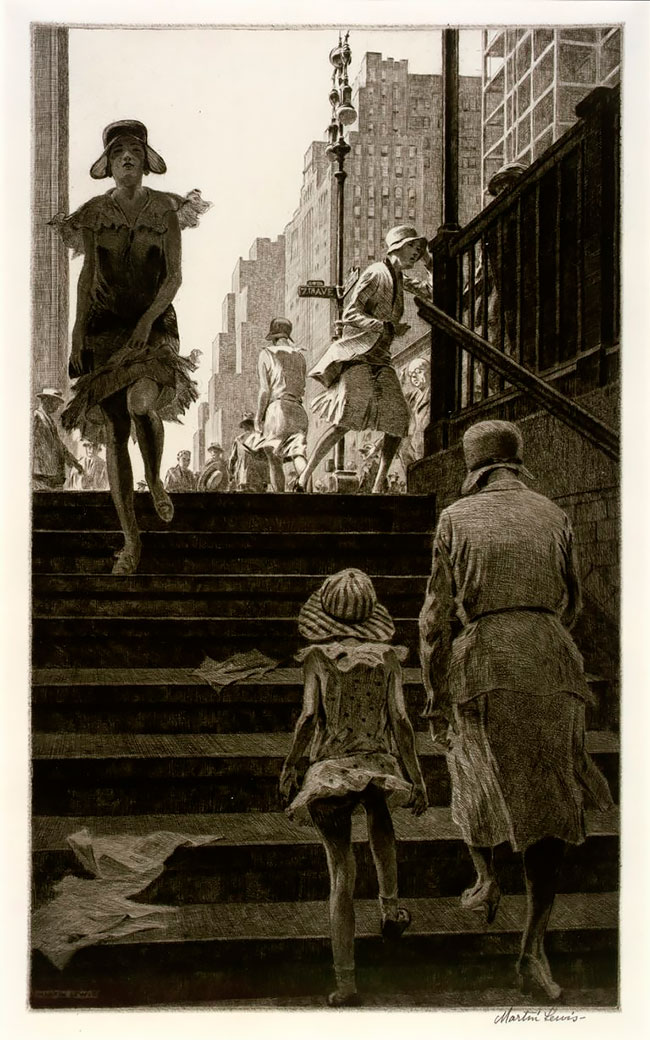 For by the time of his death in 1962, Martin Lewis was all but forgotten by a world that had once embraced and celebrated the mastery of his craft… 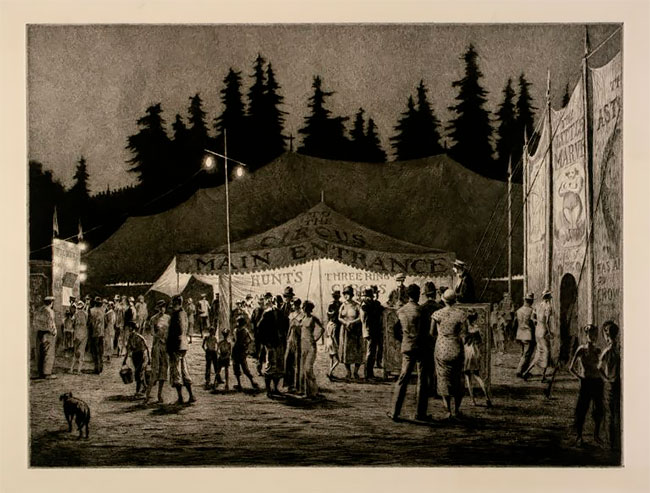 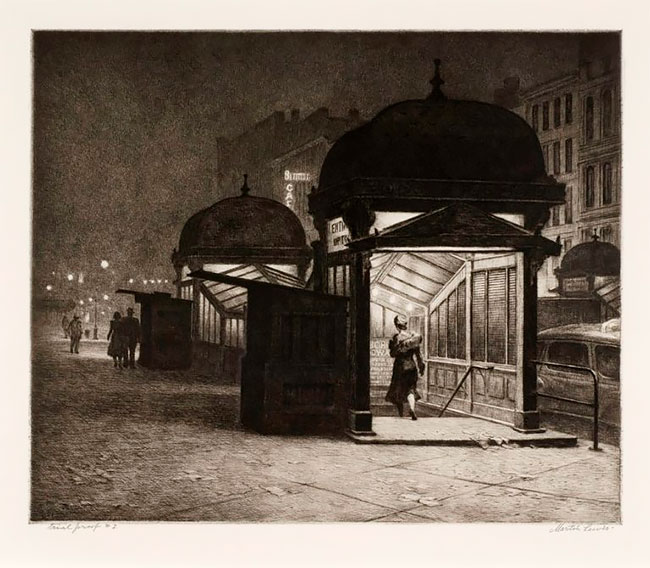 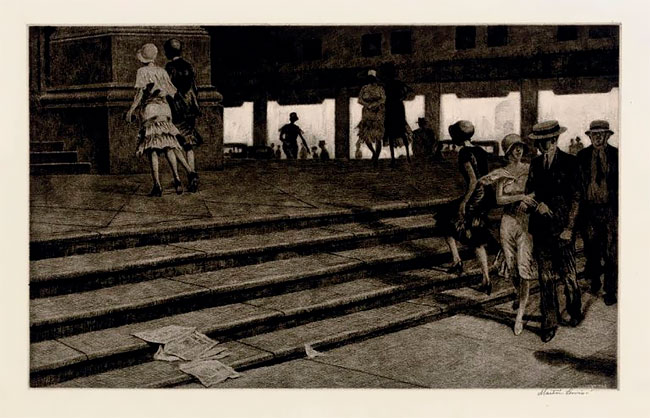 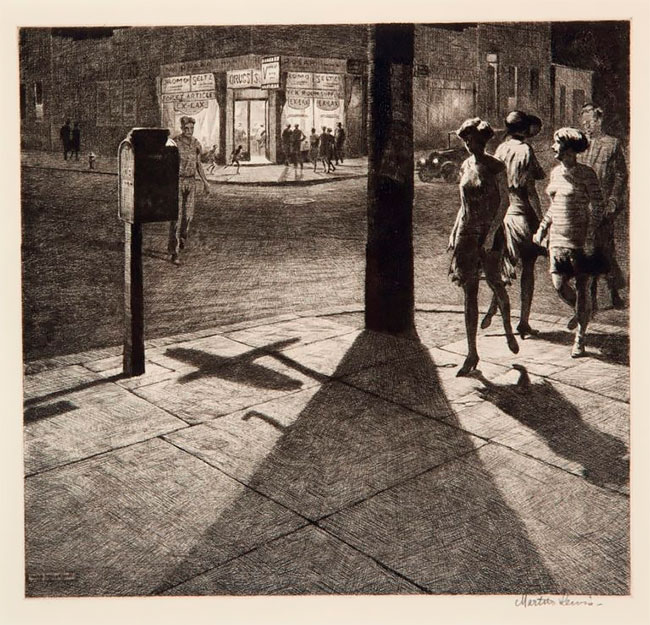 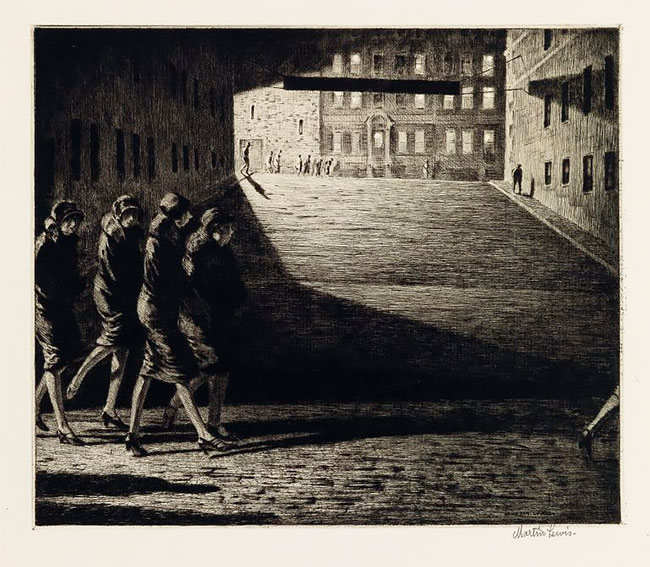 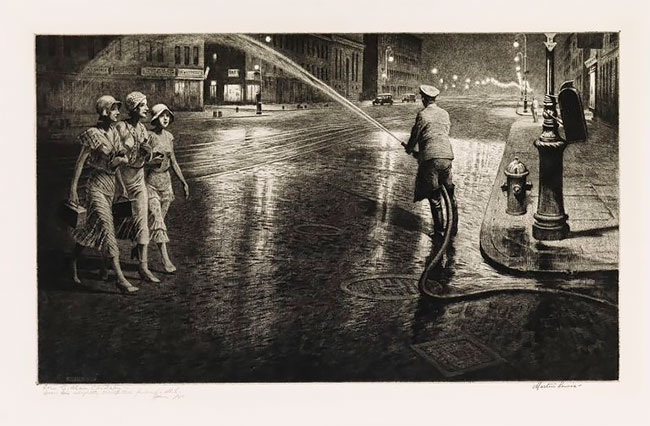 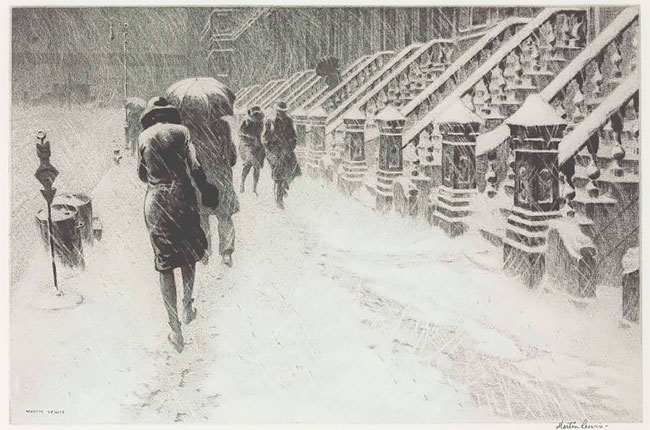 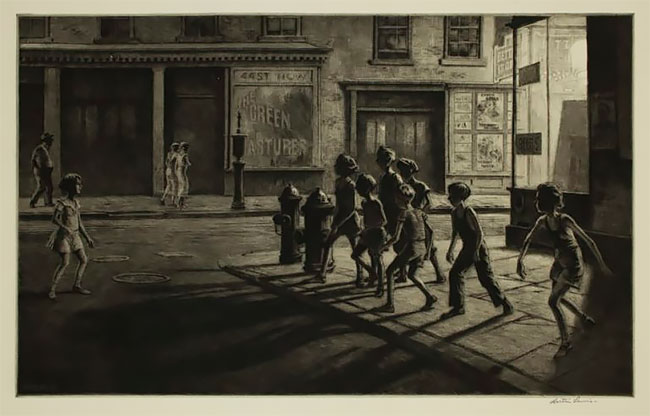 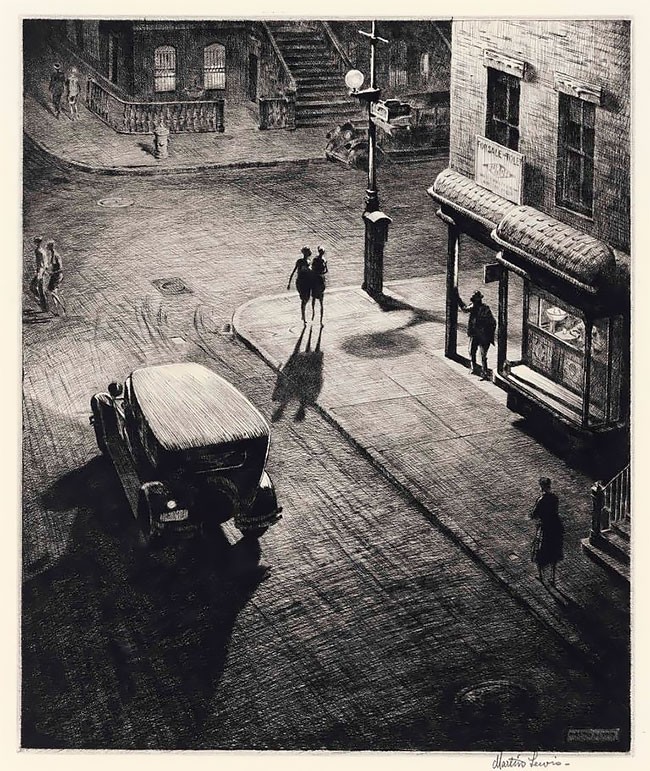 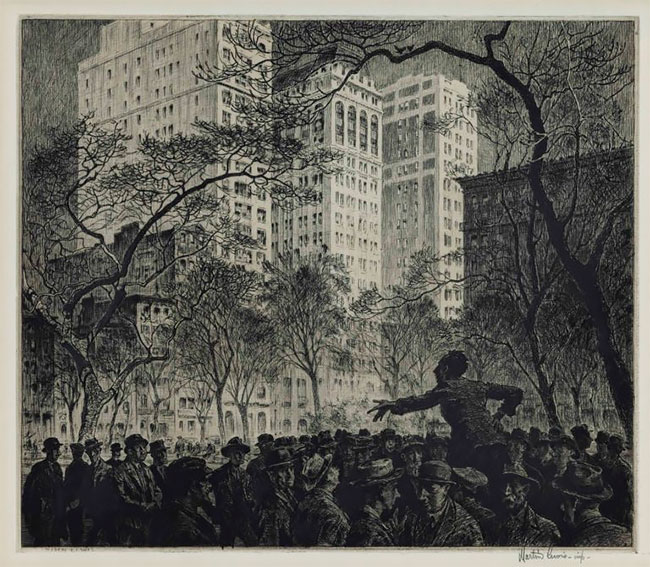 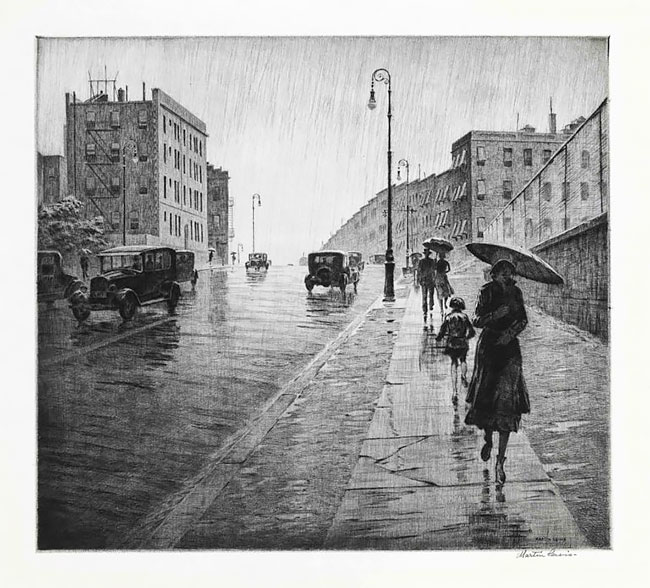 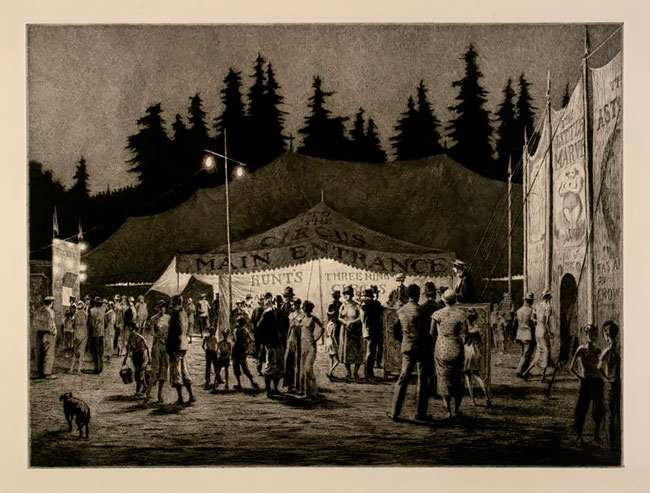 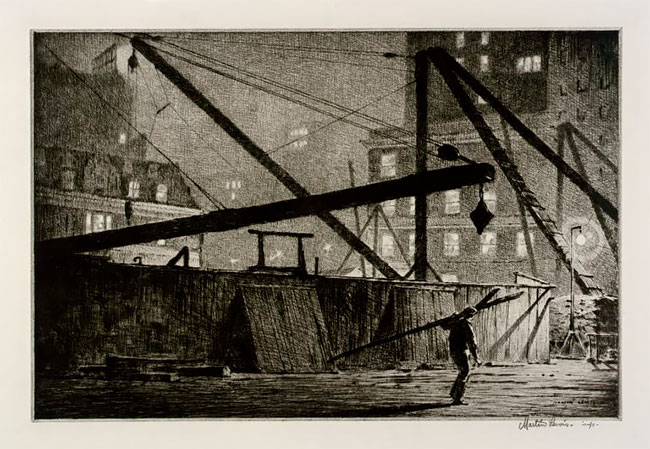 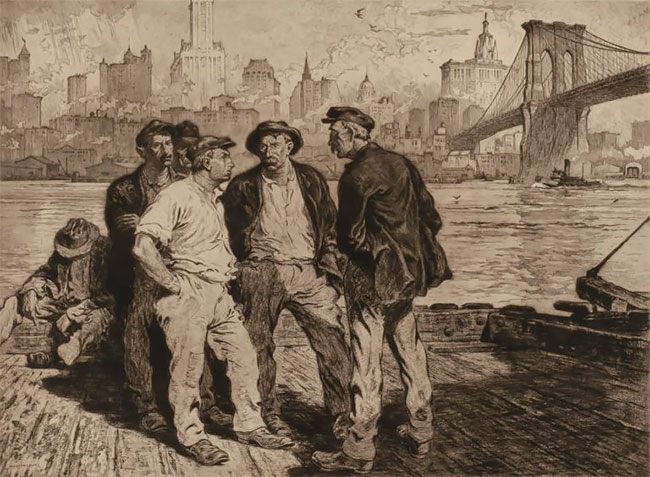 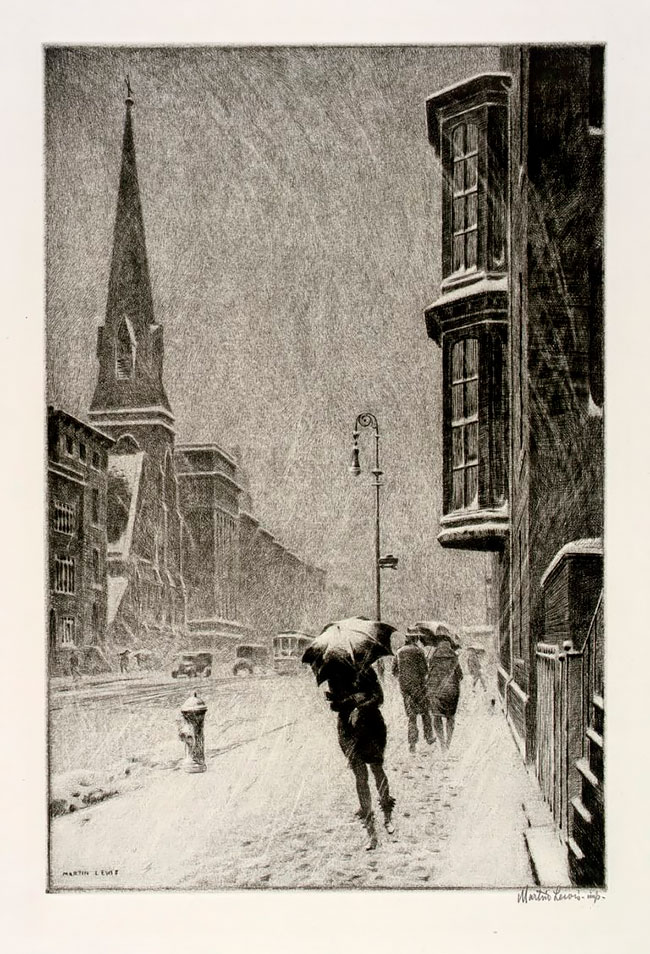 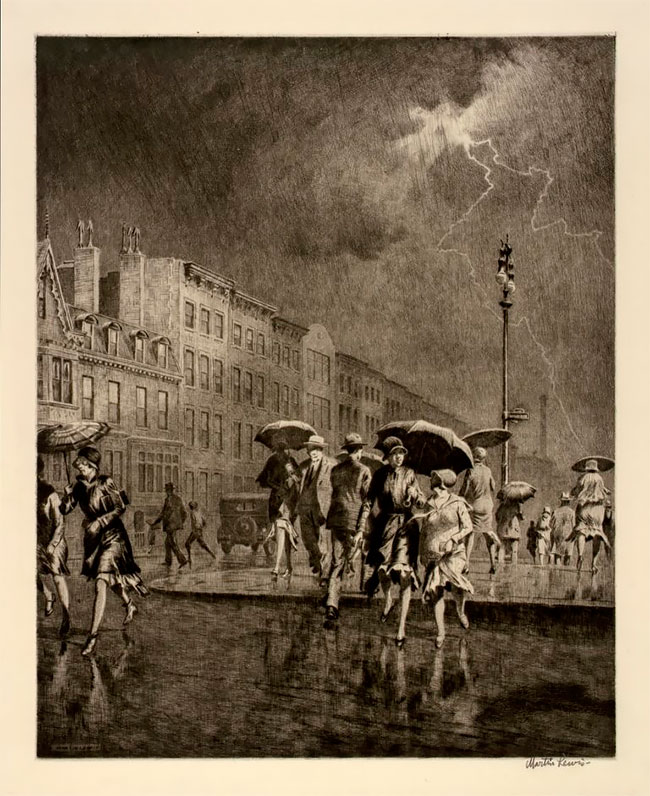 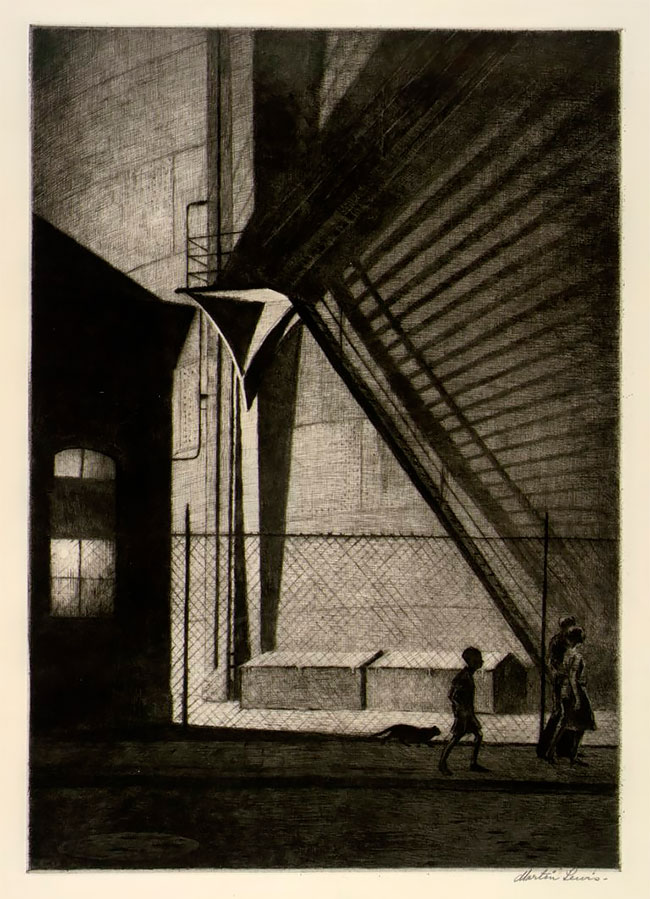 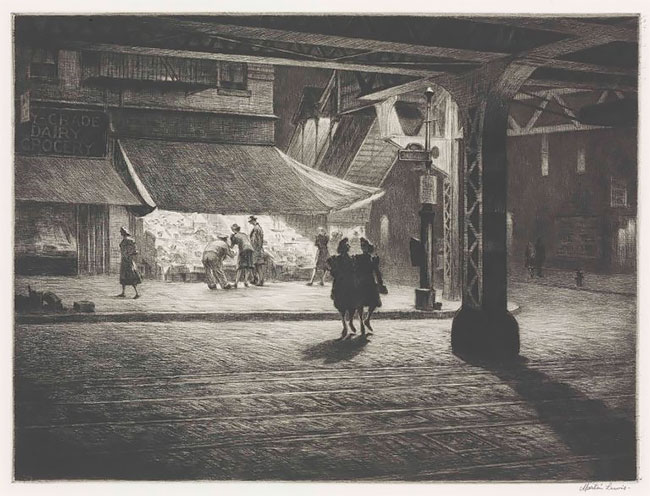 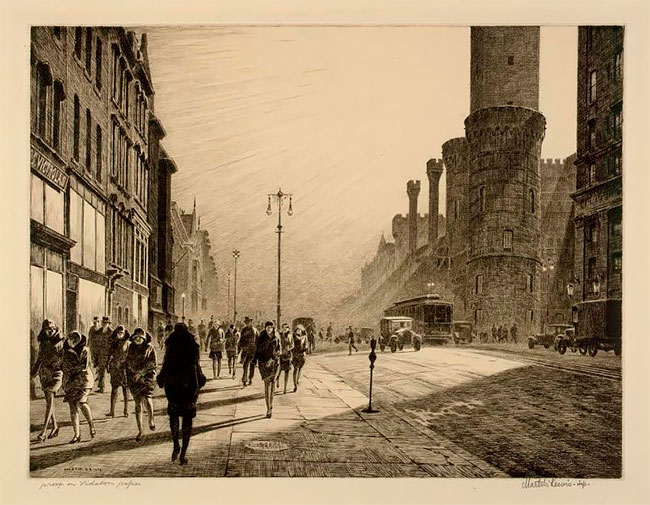 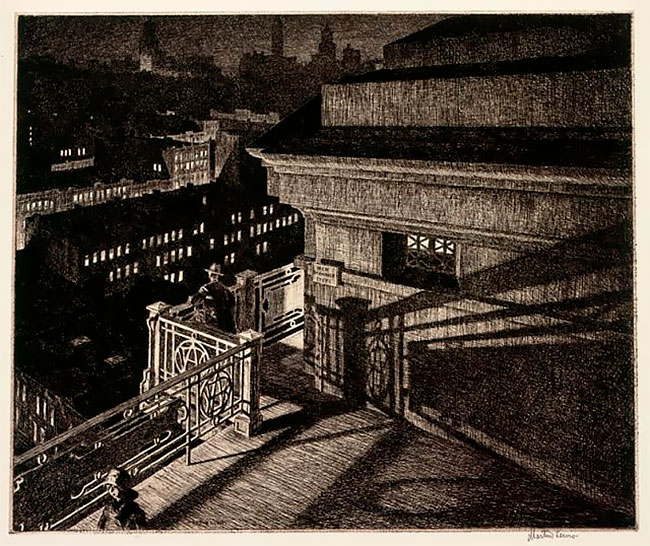 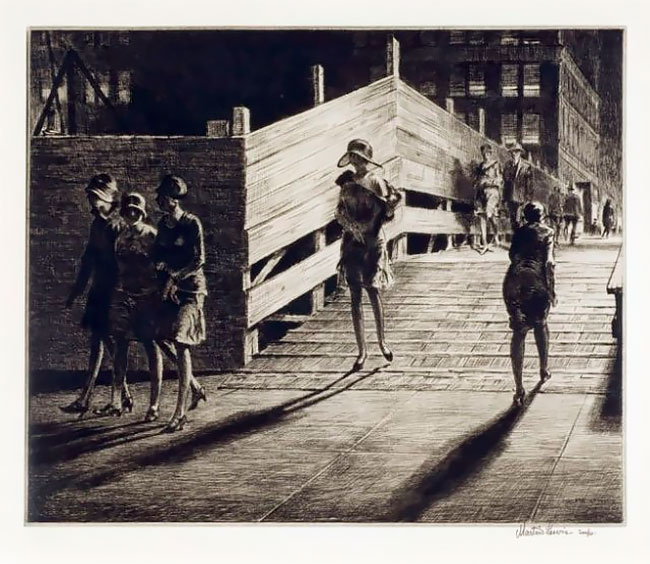 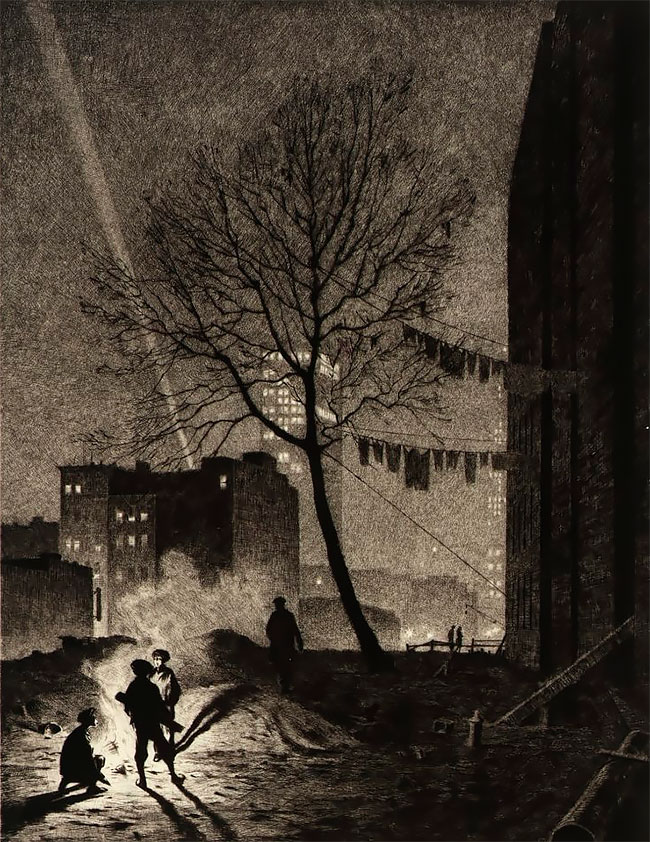 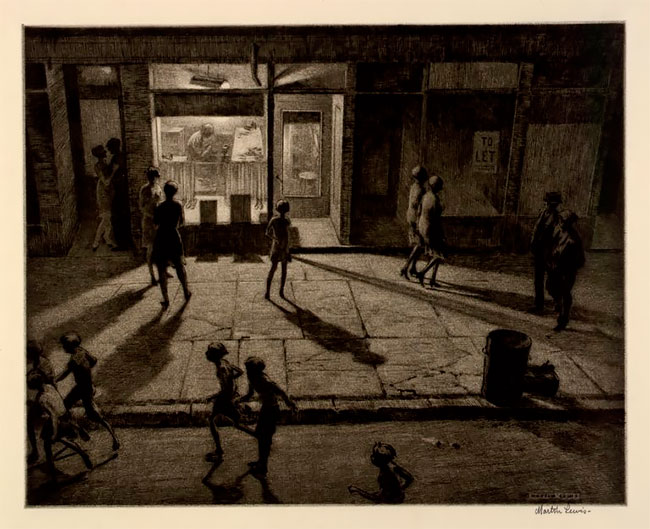 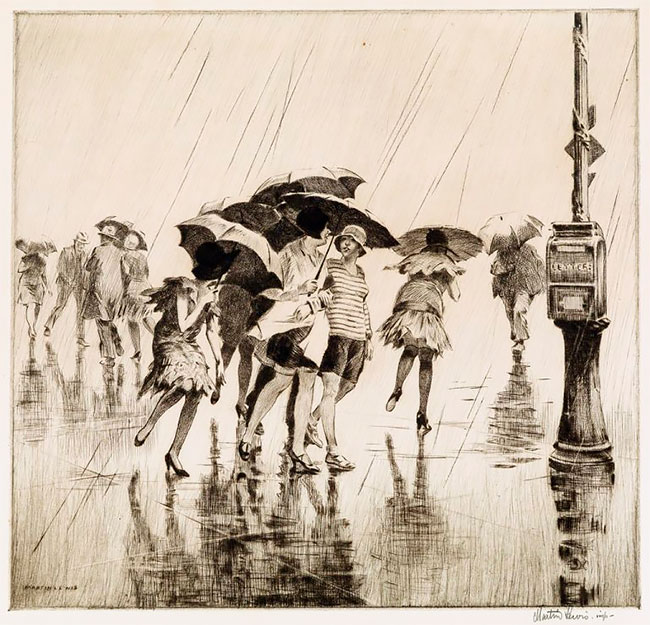 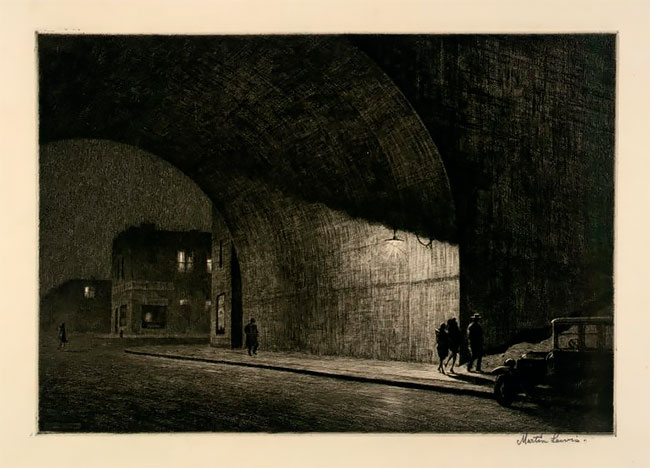 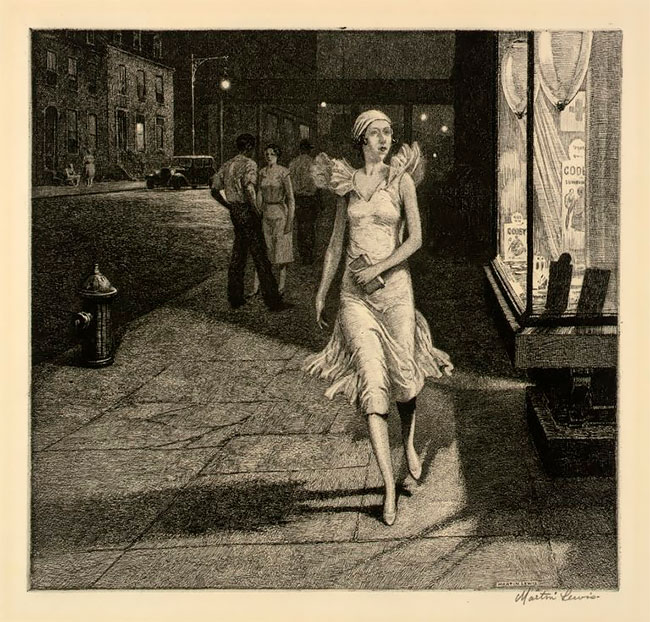