Protests, Nature and A World in Lockdown Are Captured from Above in Drone Photo Awards 2020

‘Sunrise Surfing’ by Jim Picôt was commended in the sport category. 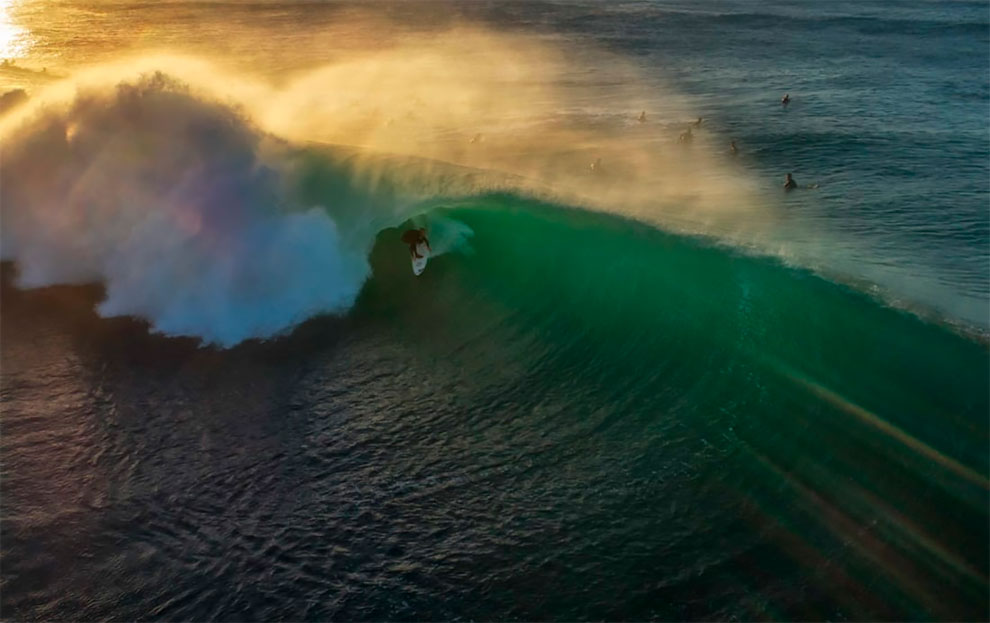 Animals, landscapes, protests and empty streets, all caught by photographers from hundreds of feet above, have been highlighted by judges of the 2020 Drone Photo Awards. The annual competition dedicated an entire category to pictures that showed the impact of the coronavirus pandemic, with several haunting images of empty cities honored by the judges.

But shots of roads packed with protesters also featured, along with scenes from nature as seen by an eye in the sky.

This beach volleyball shot by Kenny Beele was also highlighted. 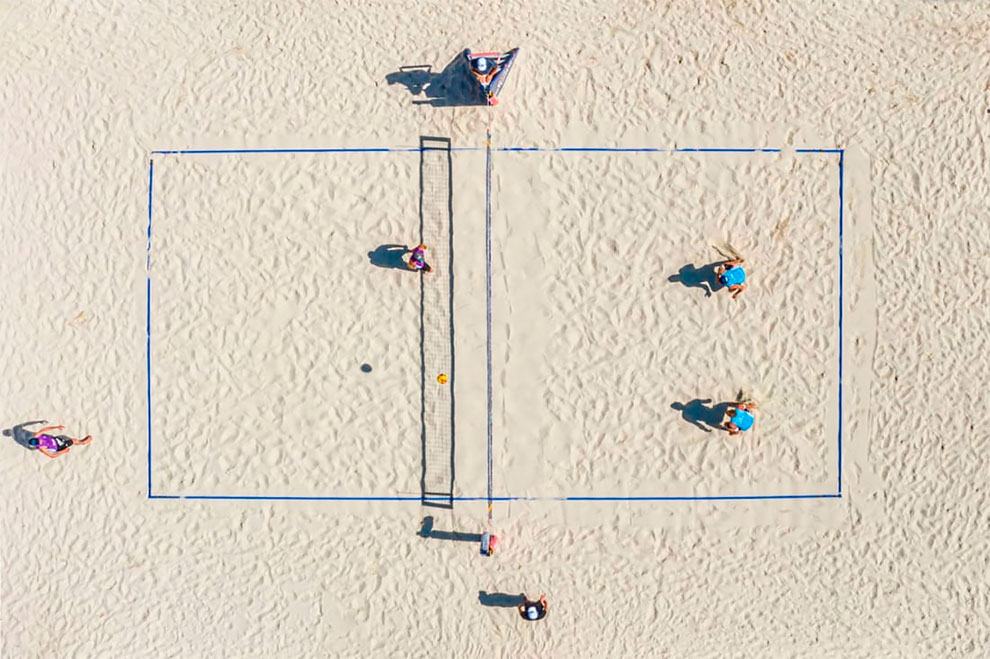 ‘Hot Attack’ by Marc Le Cornu was commended by judges. 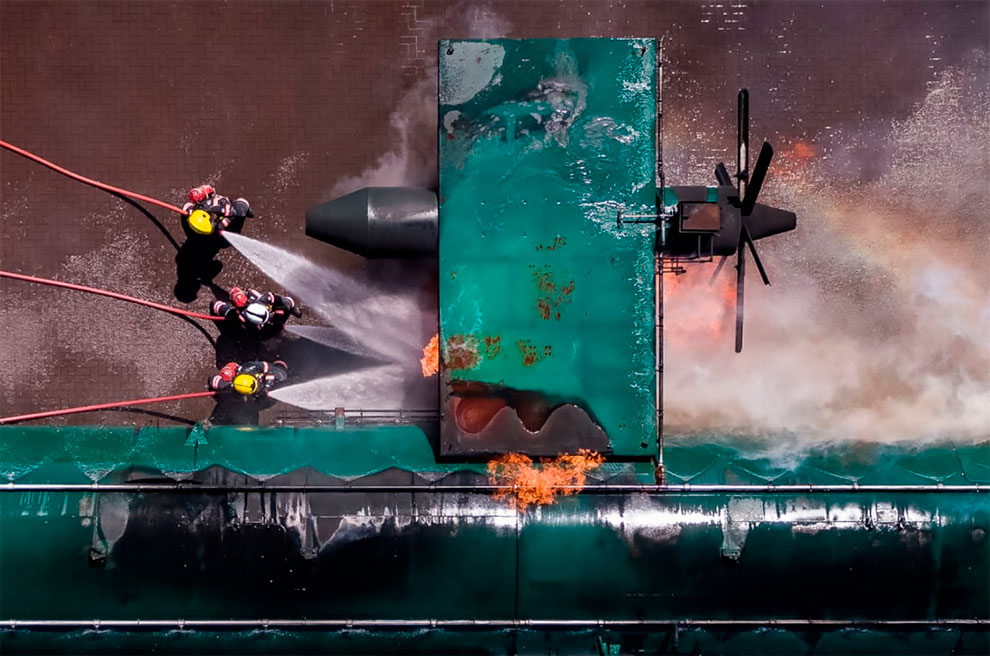 A photo of thousands of pro-democracy protesters in Hong Kong was the runner-up in the People category. 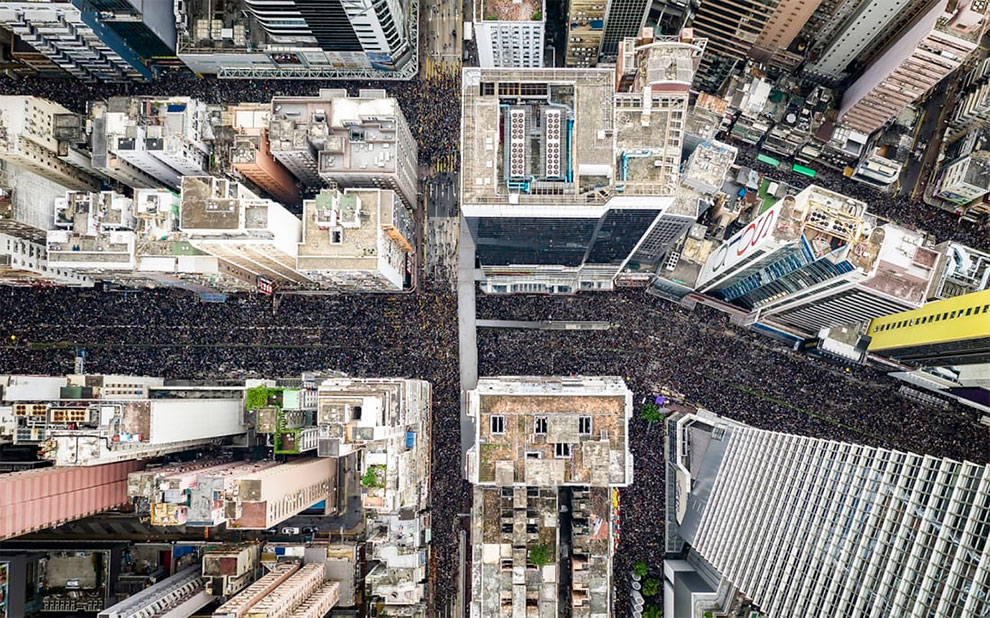 ‘Colored Watermix’ by Ignacio Medem, highlighted in the nature category. 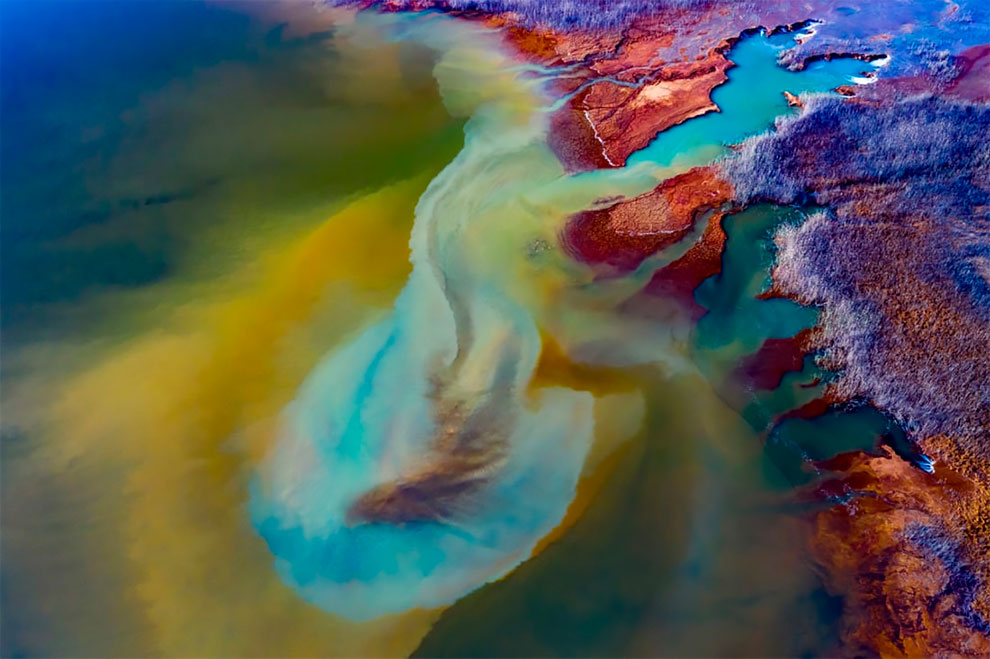 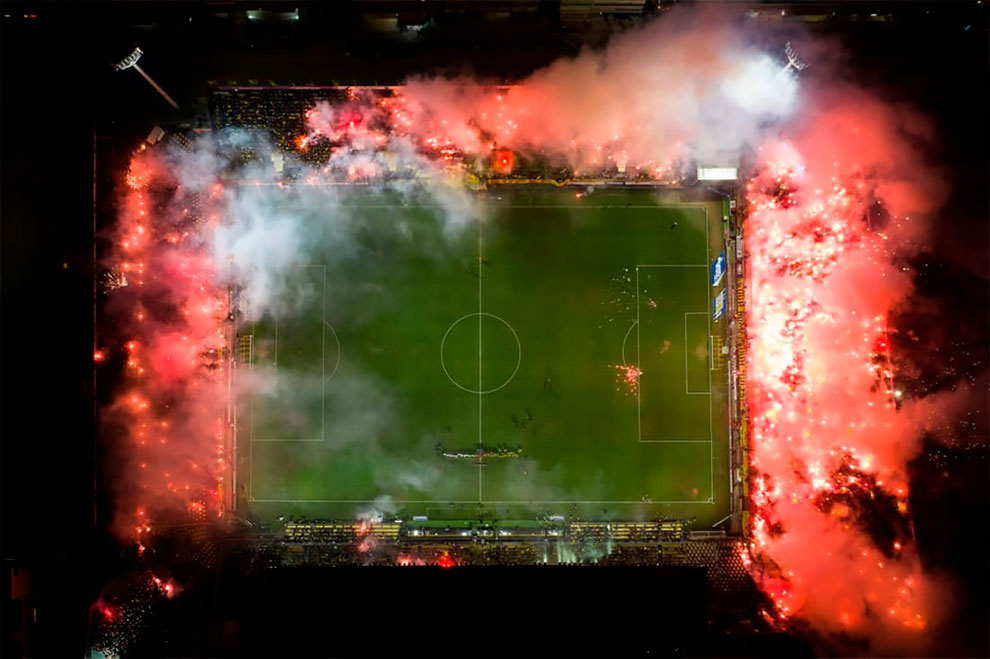 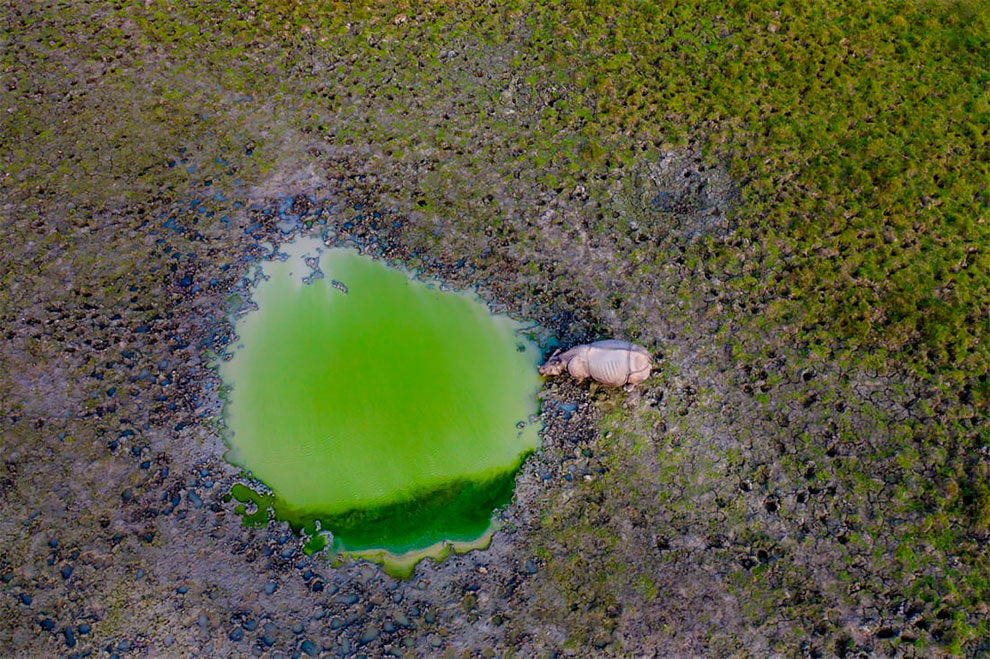 Images showing the impact of the Covid-19 pandemic, like this one by Ingrid Hendriksen, were given their own category. 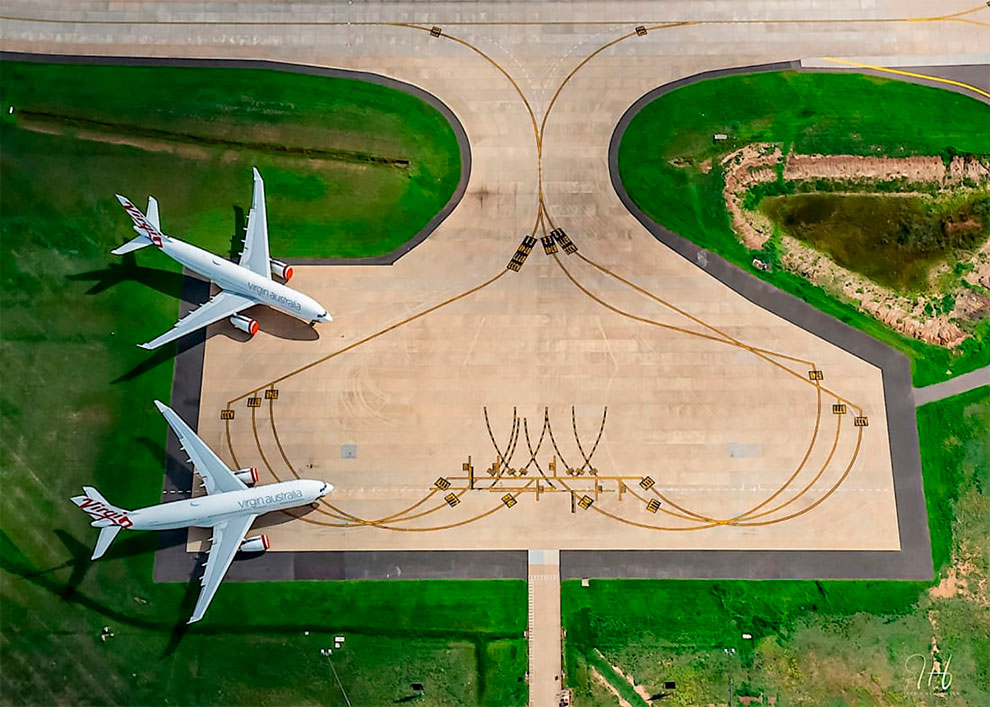 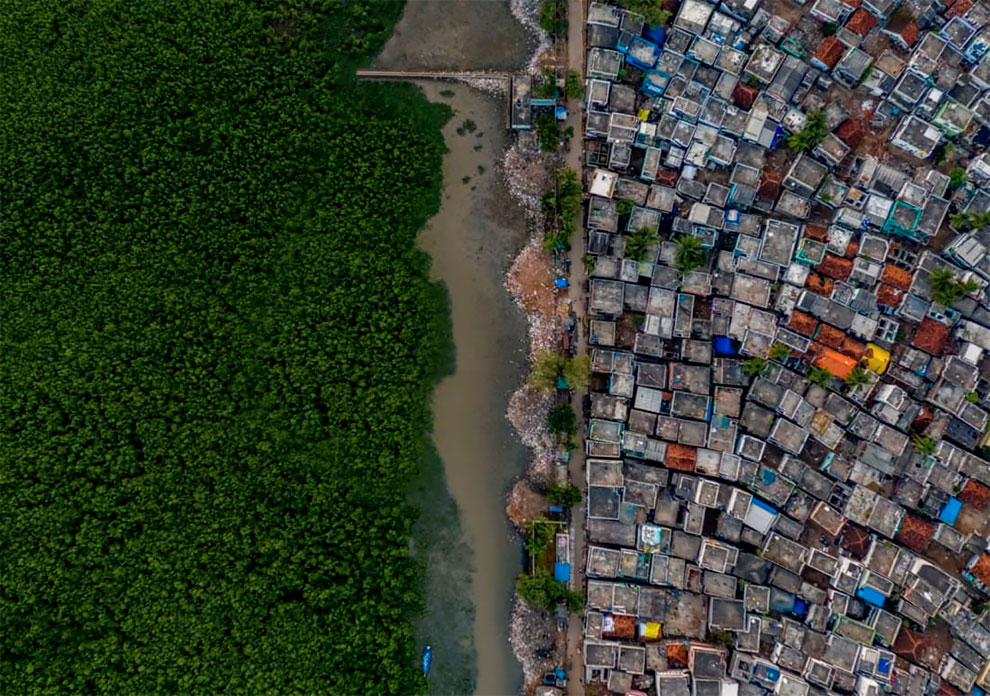 Stefan Emanuel’s “Time is the only witness” shows a slow pace to life in the Italian countryside. 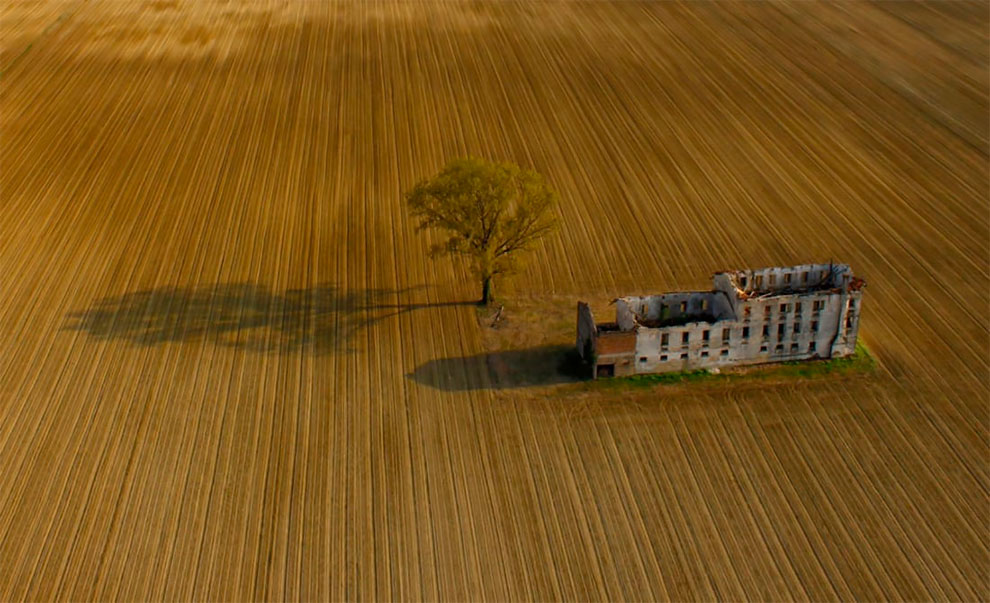 Fabio Muzzi caught pictures of an empty Italy during the coronavirus pandemic. 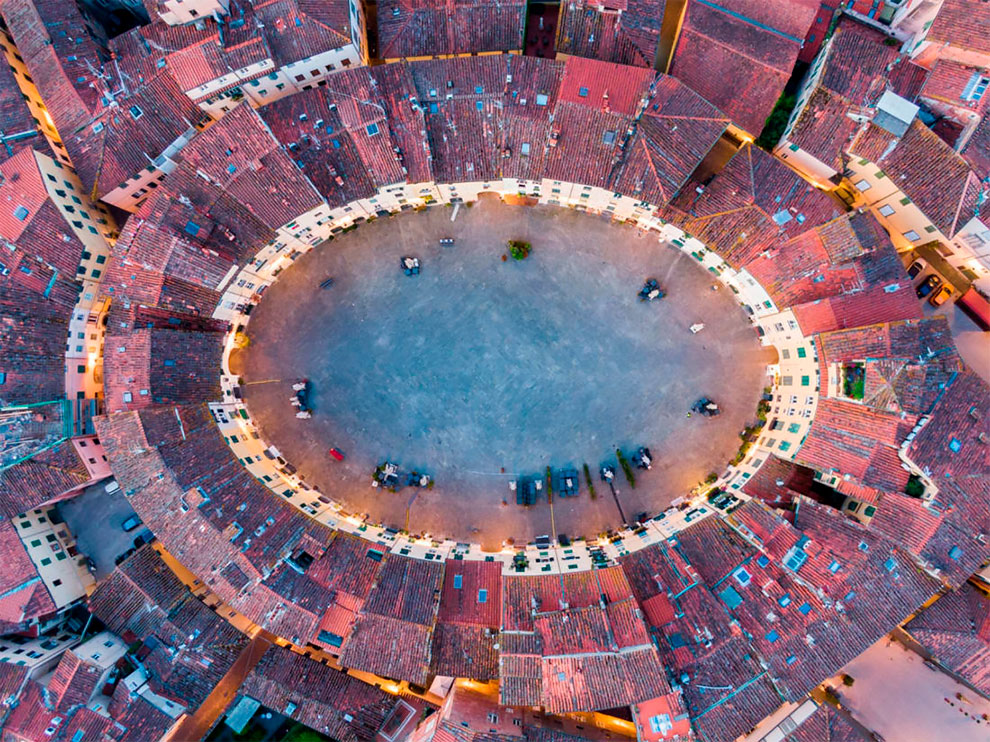 Carmine Chiriacò’s image of a marina in Dubai caught the judges’ eyes. 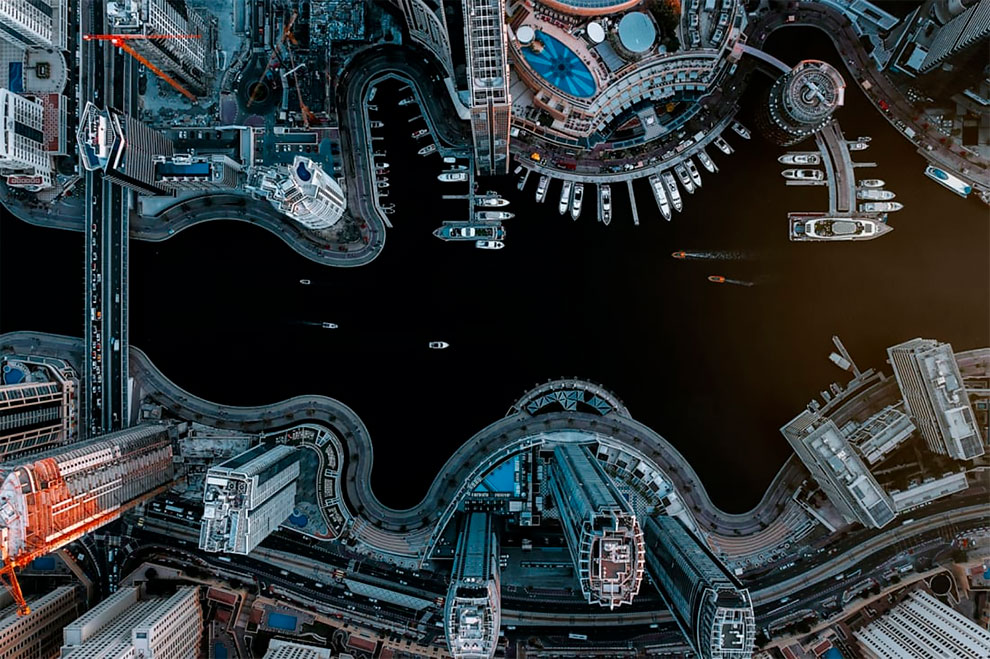 “Boats Of Buriganga” by Md Ali Asraf Bhuiyan was honored in the urban category. 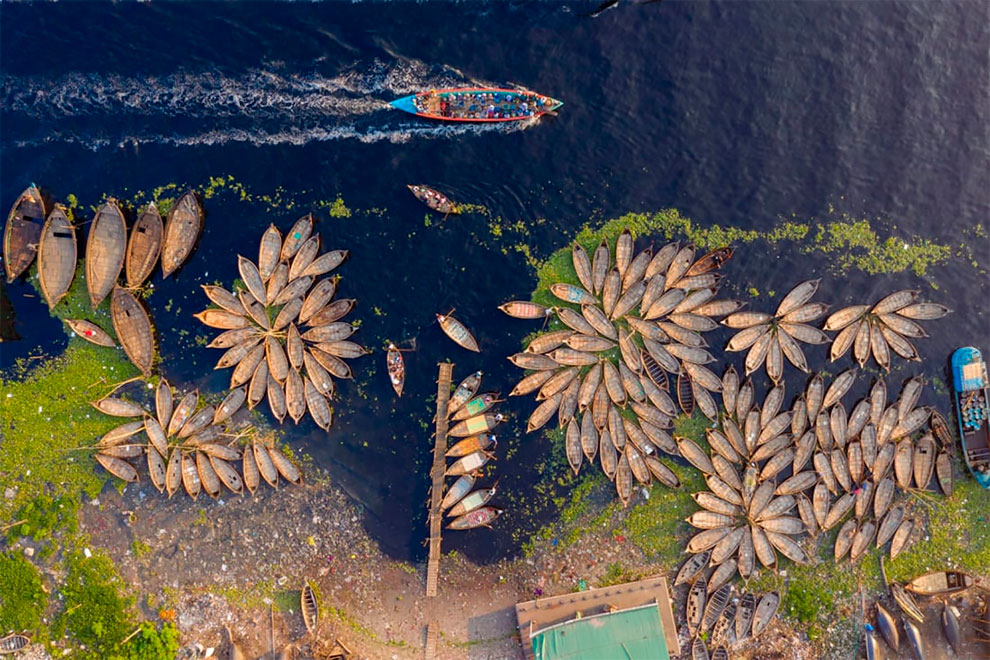 Thomas Vijayan’s shot of hundreds of flamingos was also picked. 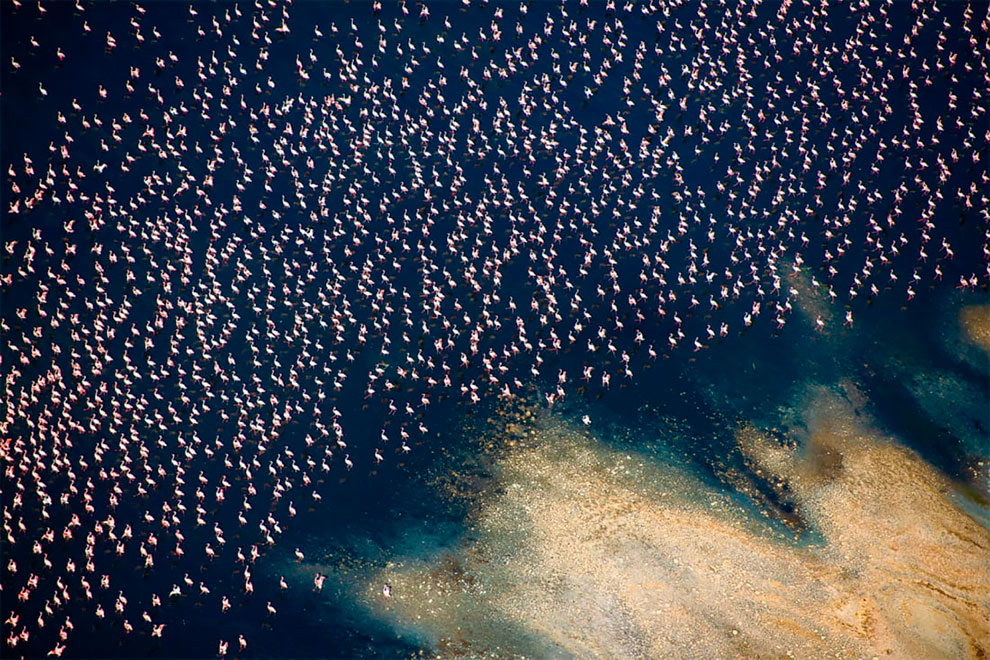 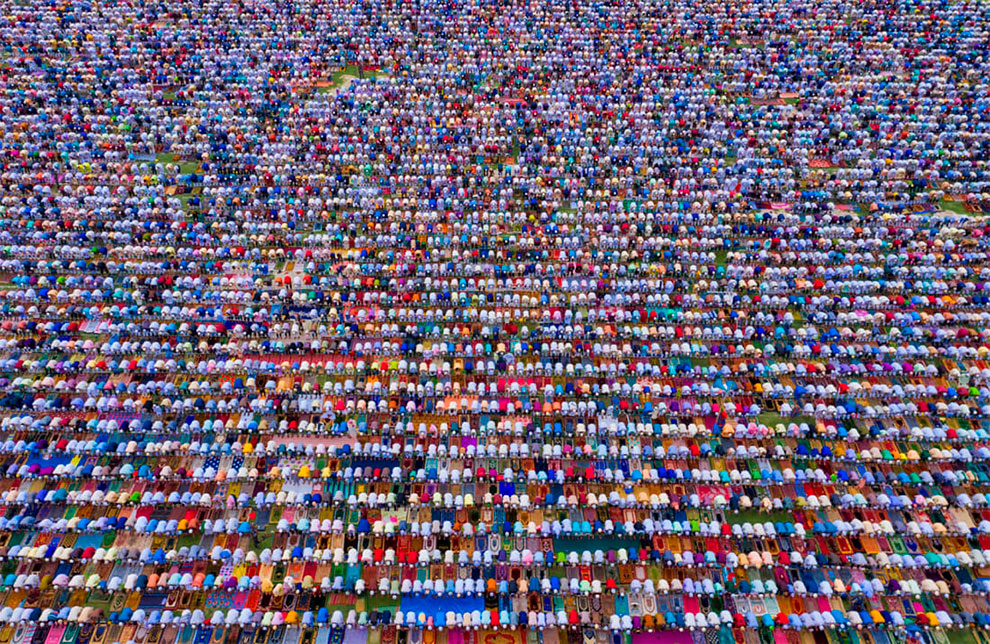 A picture of a Shangai skyscraper in the early morning light. 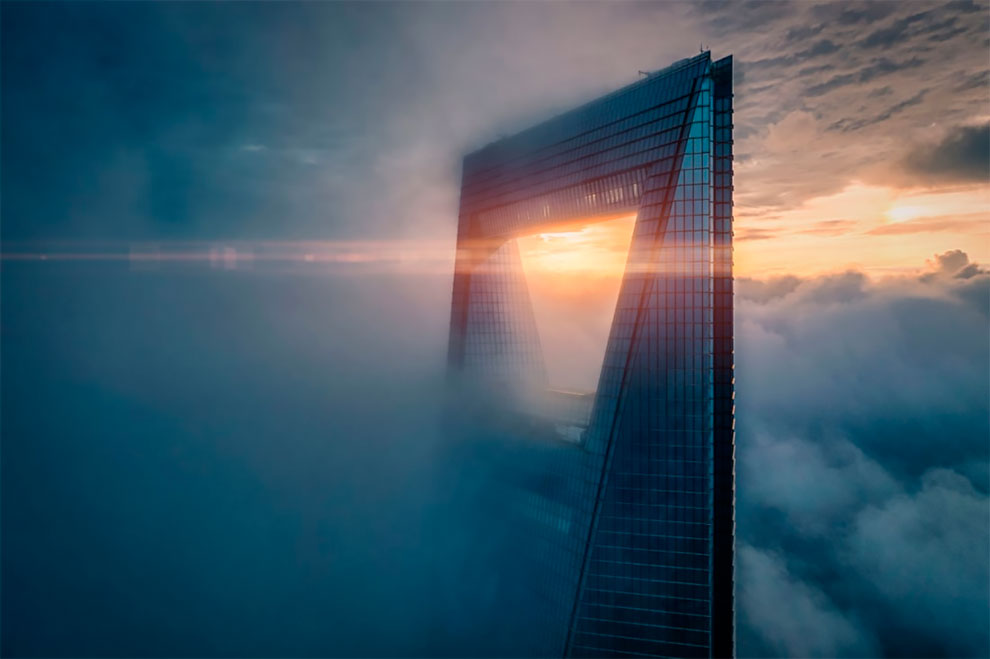 A buffalo herd moves to shelter, in this picture by Mehmet Aslan. 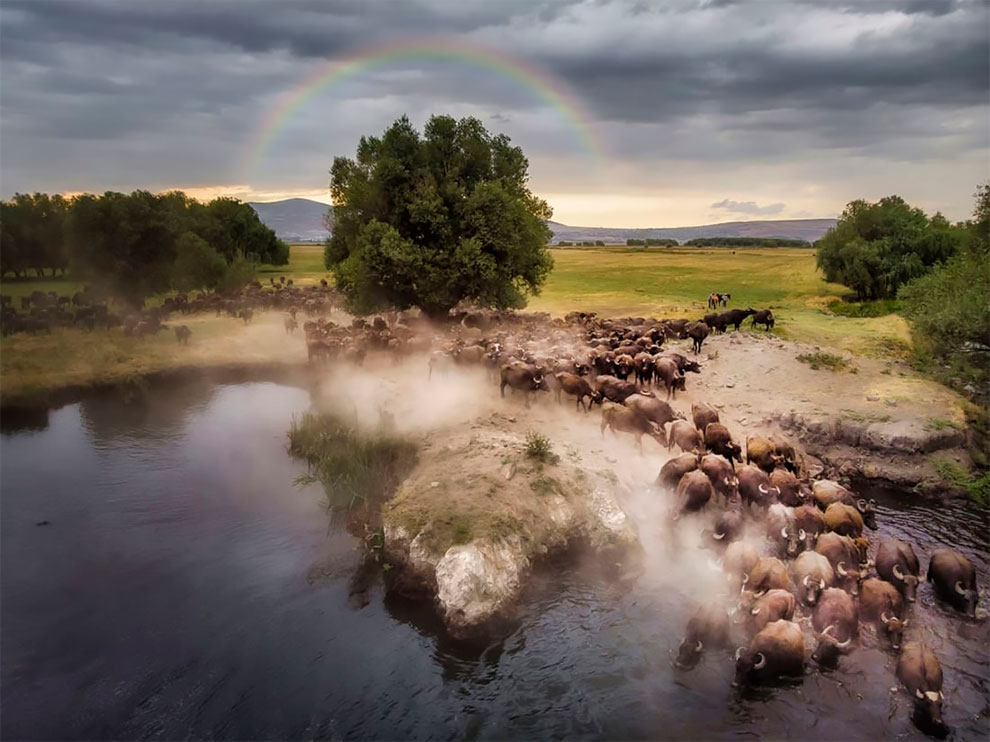 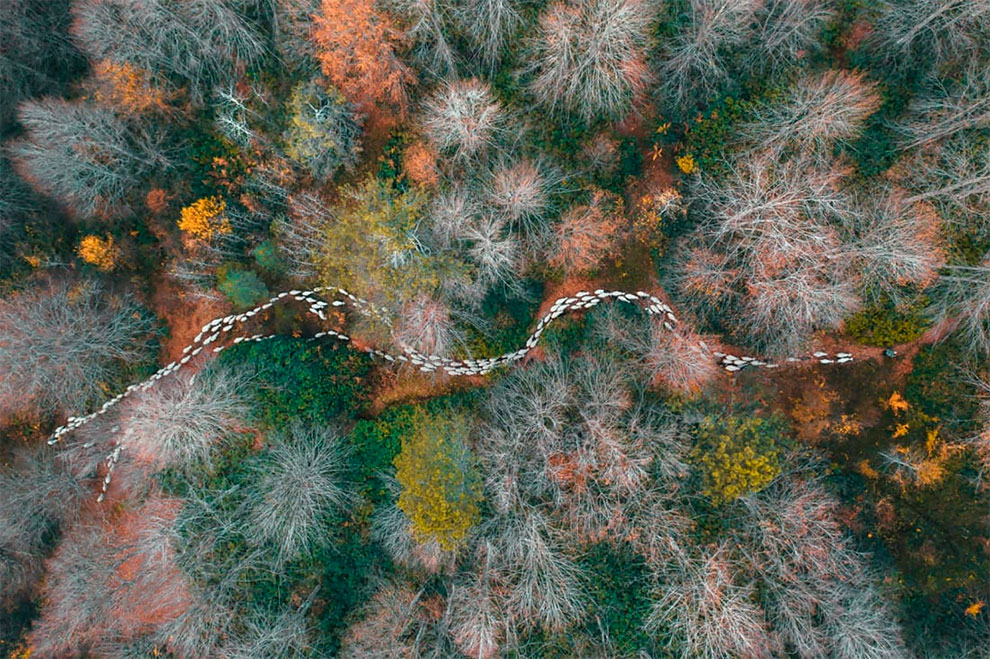 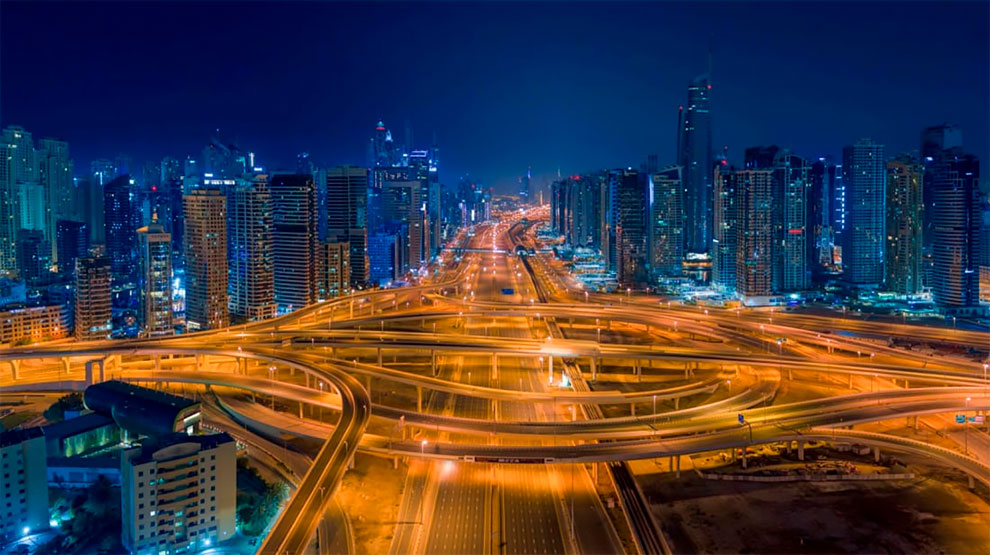 Sheep shelter from the sun, in a shot by Marek Biegalski. 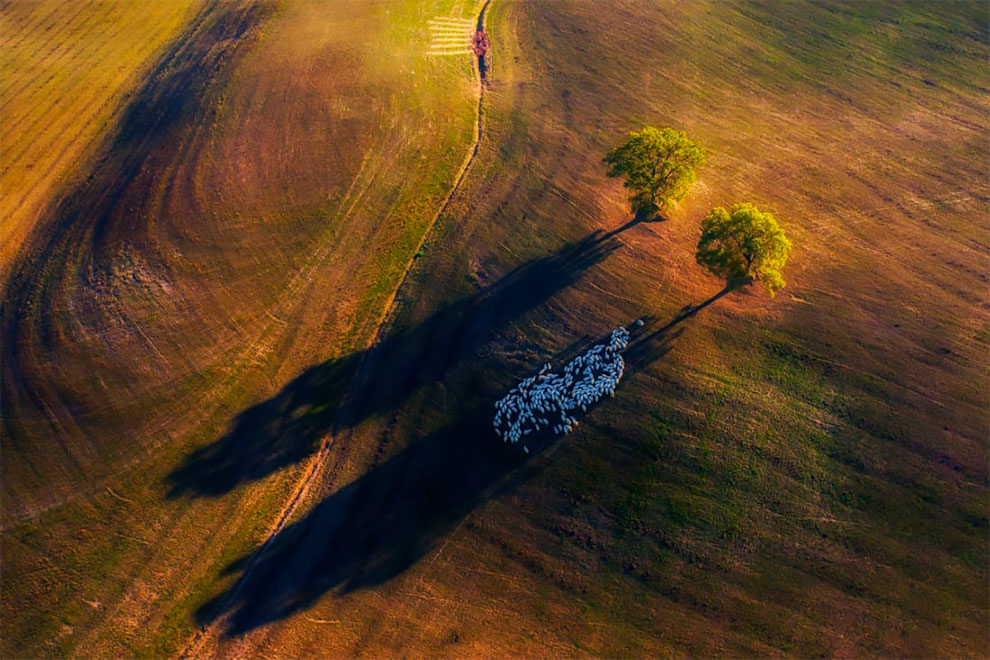 2019 New York City Taxi Drivers Calendar Is Here!
"I'm With Her": These Hillary Clinton Portraits Were Taken On The Campaign Trail
Amazing Travel Photos From Around The World By Travis Bruke
It's Ginkgo Time
Amazing 12-page Calendar of Recreated Family Photos
Stunning Black And White Photos Of A Young Katharine Hepburn In The Grass Taken By George Hoyningen-Huene In 1934
A Photographer Took Glorious Colour Photographs Of London In Early 1970s
Photo of the Day: On The Edge
114k Instagram Followers Can’t Get Enough Of These Minimalist Everyday-Object Photos By Thai Photographer
Glorious Photos Of Cuban Ballet Dancers Taking To The Streets
Vintage Photos Proving That The Beauty Of People From Previous Generations Is A Unique Thing
Every Spring This Forest In Belgium Becomes A Blue Wonderland
Amazing Vintage Photos of Postwar New York From 1945 to 1948
Beautiful Black And White Portraits Of Celebrities Taken By Kate Barry
Ohio Youth Of The 1970s – Lovely Photos Of Long-Haired Teenage Girls In Dayton From 1974-75
Vintage Photos Capture Springtime In Clarksville, Arkansas In 1953
2012 Victoria’s Secret Fashion Show
National Geographic Traveler Photo Contest 2014 Is Underway
A Russian Photographer Gazes at Our Excessive Consumption
Things Come Apart: A Teardown Manual For Modern Living
"The Unruliness of Leisure": Photographs of European Summers from 1979-1984
Invisible By Day: Inspiring Photography By Mikko Lagerstedt
Beautiful Vintage Color Photographs Of The Japanese Warriors Captured Over 150 Years Ago
"Requiem For Pianos": Photographer Travels The Globe Taking Eerie Pictures Of Abandoned Pianos
aerial, contest, drone, winners